The Dark Horse Staff Brew-Off and Snow Sculptures event on Saturday, Feb, 21, 2015, was a mini beer festival with a touch of naughty. Surrounded by the slightly naughty snow sculptures designed by Martinez Studio Art Club, Dark Horse beer enthusiasts mingled in the Beer Garten and sampled 43 one-of-a-kind beers to select their favorite.

The Dark Horse brewers were paired with the Dark Horse staff to brew the tasty beers. The winner of the competition will have their beer on draft in the taproom and at the festivals in 2015.

There was some “stiff” competition to be sure and very creative marketing campaigns. 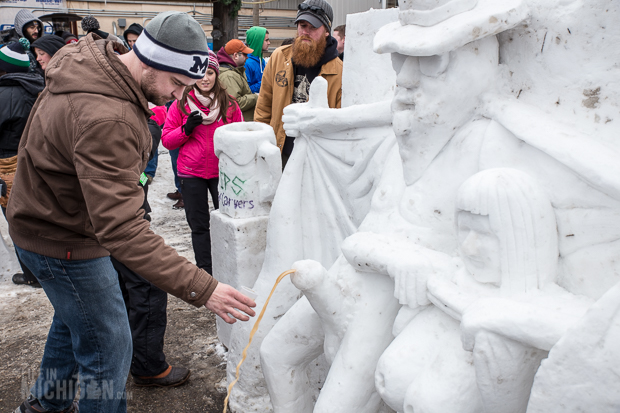 The Bearded Lady Brown Ale should get a prize. I loved Rachel’s poster! 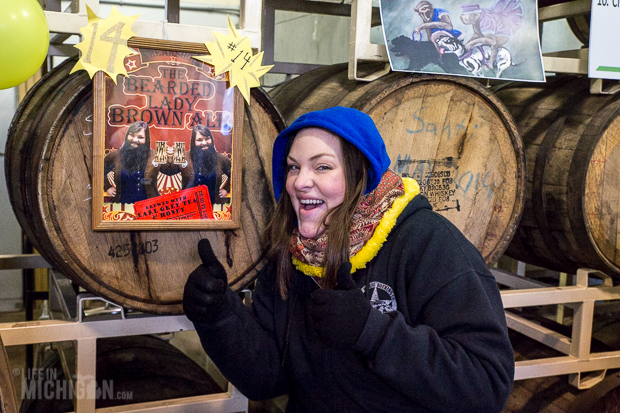 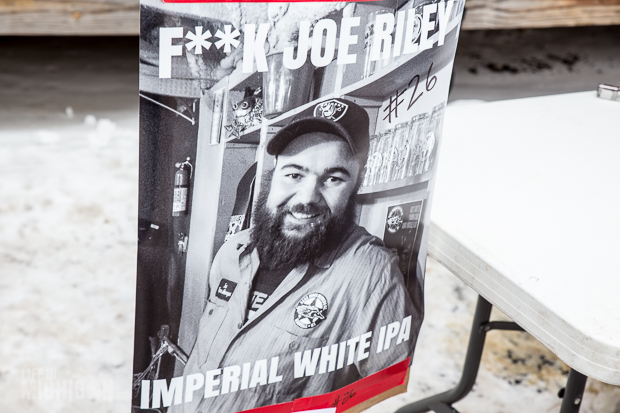 And Kristy’s mom definitely needs a mention, the Swedish crepes with the lingonberry jam were yummy. These were perfect with Kristy’s Pekko’s BA Lingonberry IPA. 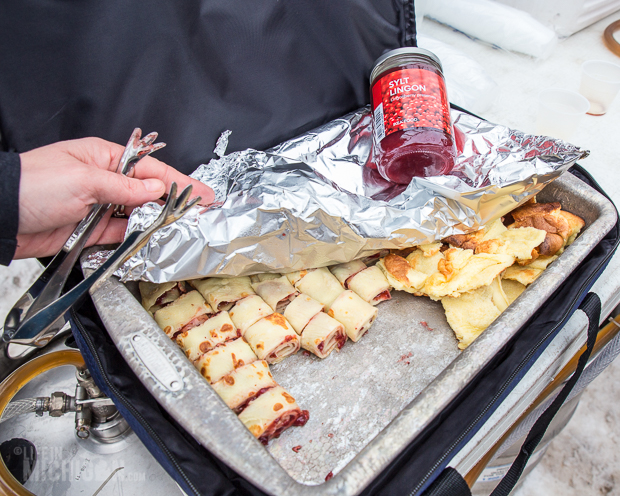 If you tried this guys beer you got laid. Now, that is tenacious marketing. 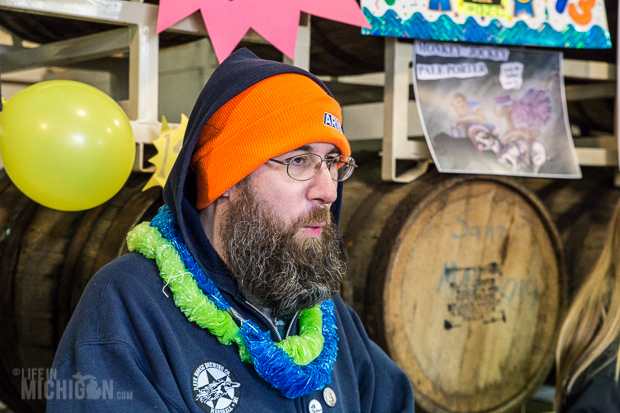 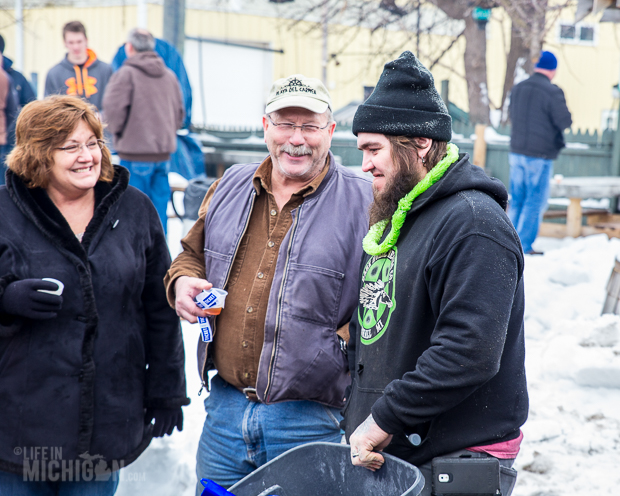 The candy bar, coffee and tobacco in the Monkey Jockey Pale Porter were actually very tasty. Everyone’s imagination was kicked into high gear. 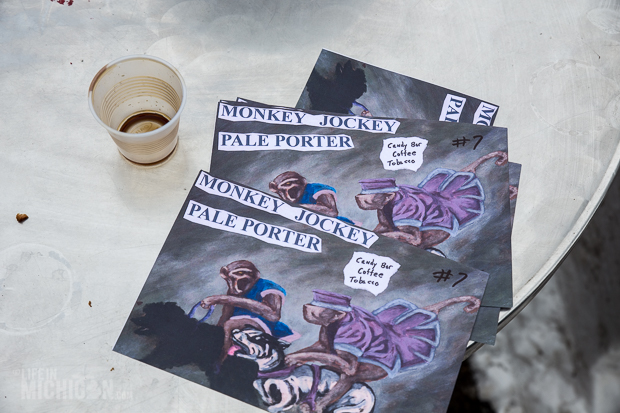 The talented artists from the Martinez Studio Art Cub created the snow sculptures for our enjoyment. I think their imagination was also in over drive. 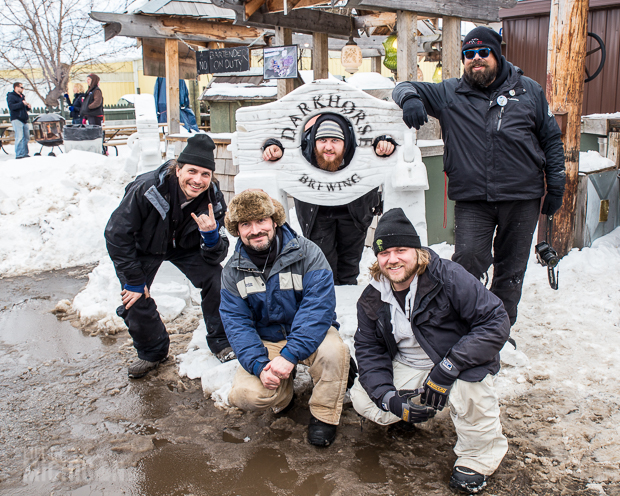 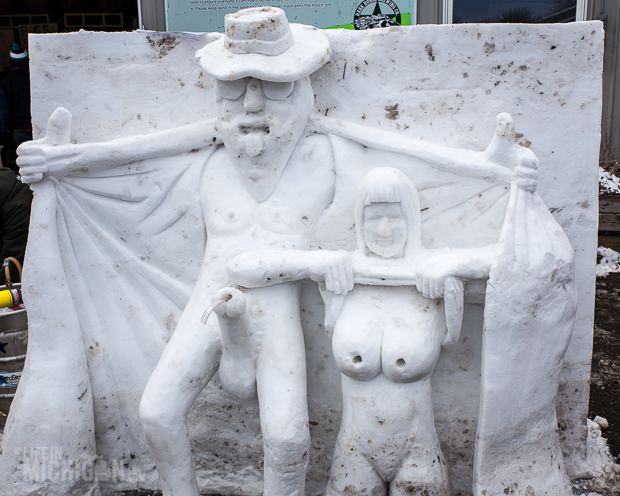 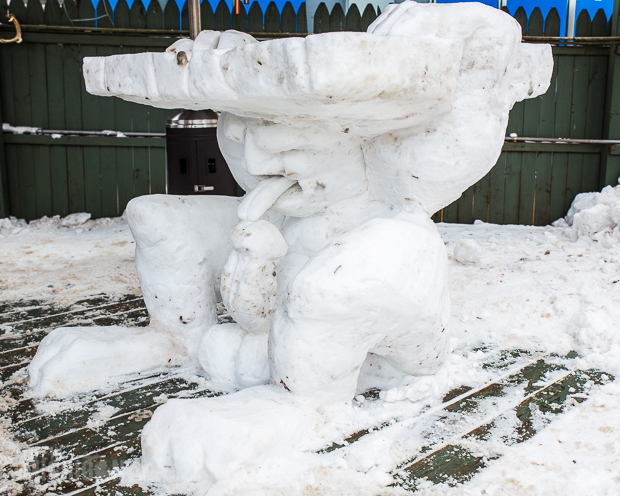 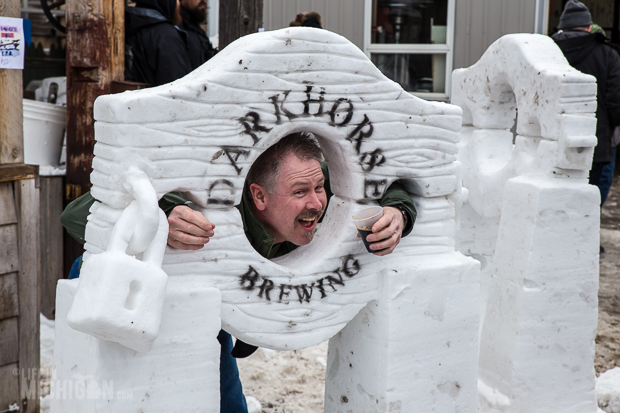 Save US Captain America

We love a good IPA and we were not disappointed. There were many to pick from including the Pineapple of My IPA, Vitamin IPA and the Captain America Shorts Belgian IPA. 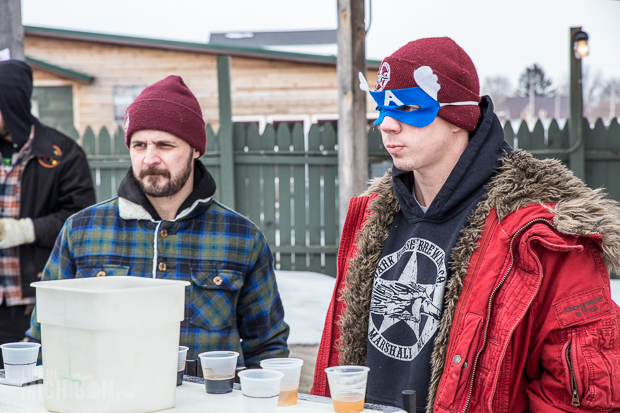 It might have been the break in the weather, but I’m pretty sure it was the delicious beer. 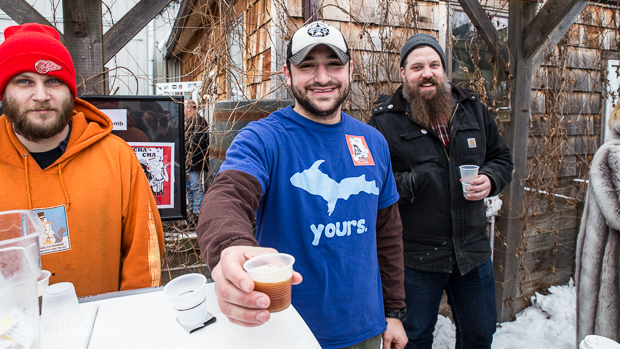 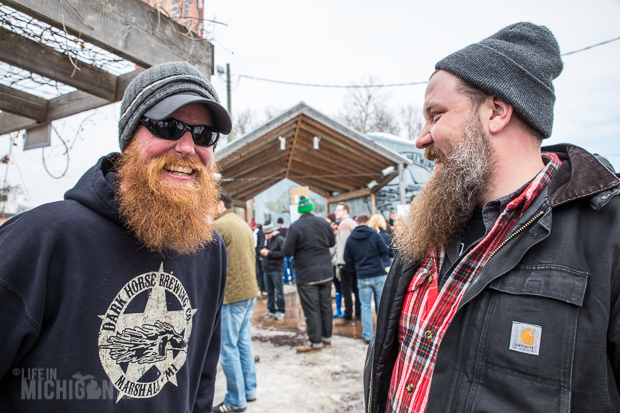 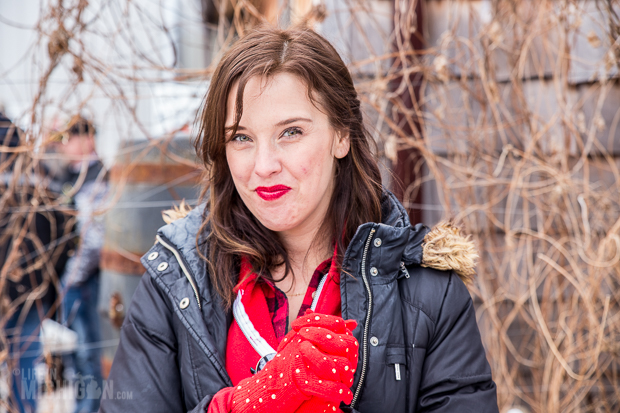 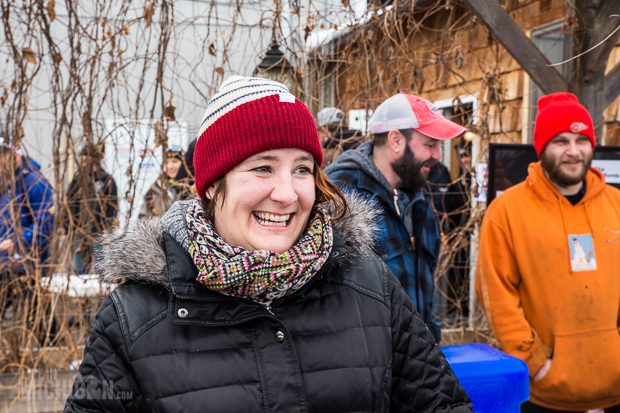 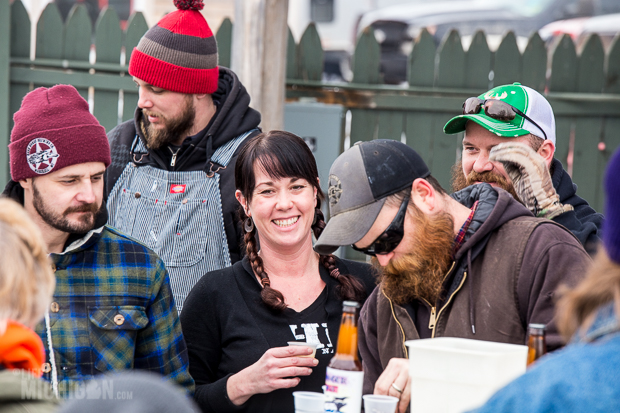 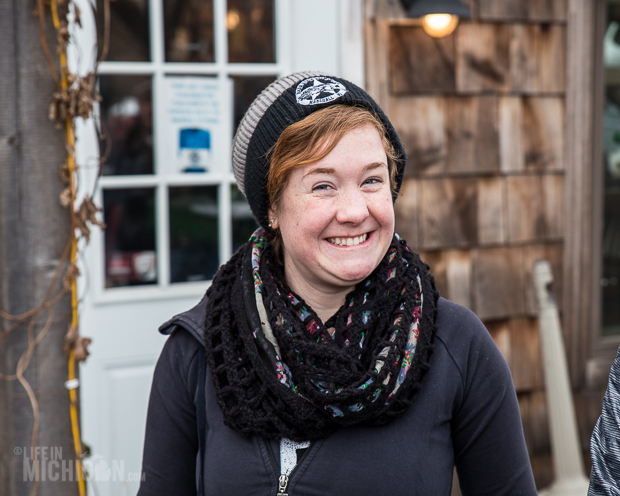 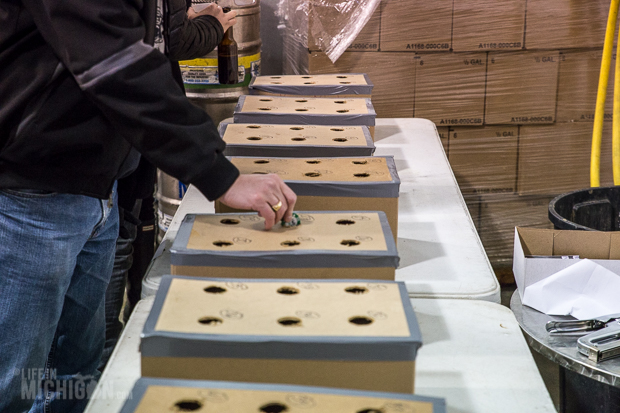 Perhaps not Trent! Although he is still number one in our book. 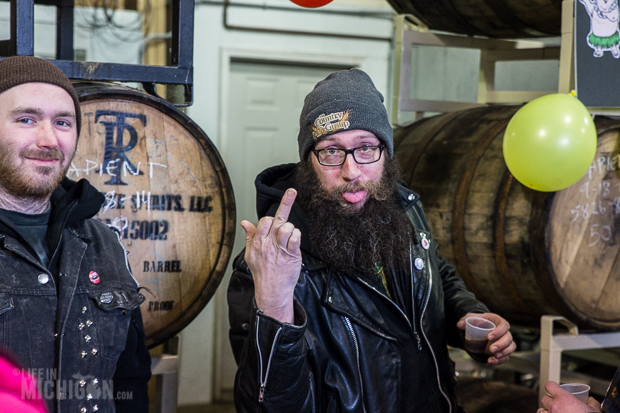 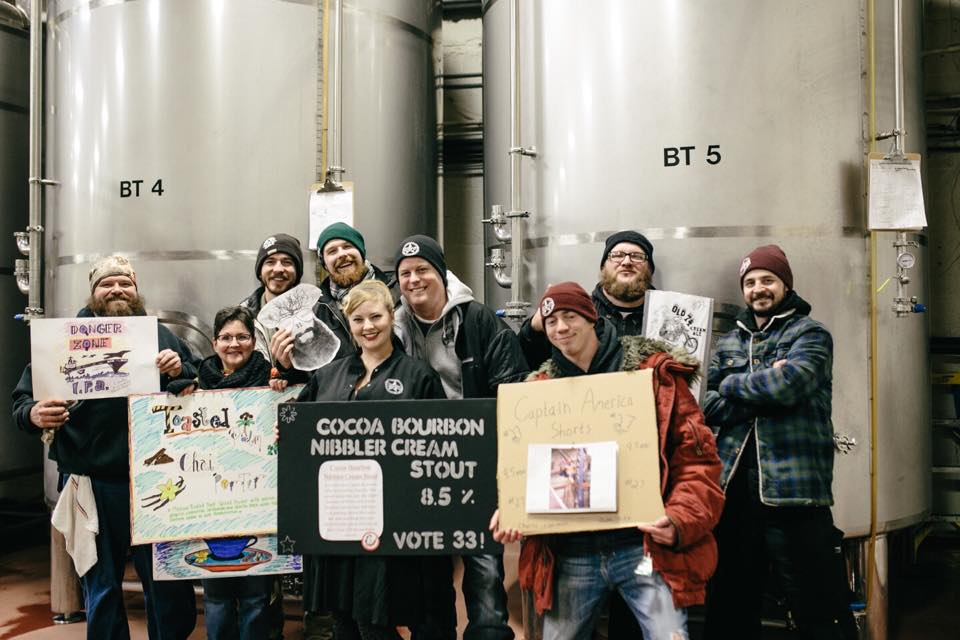 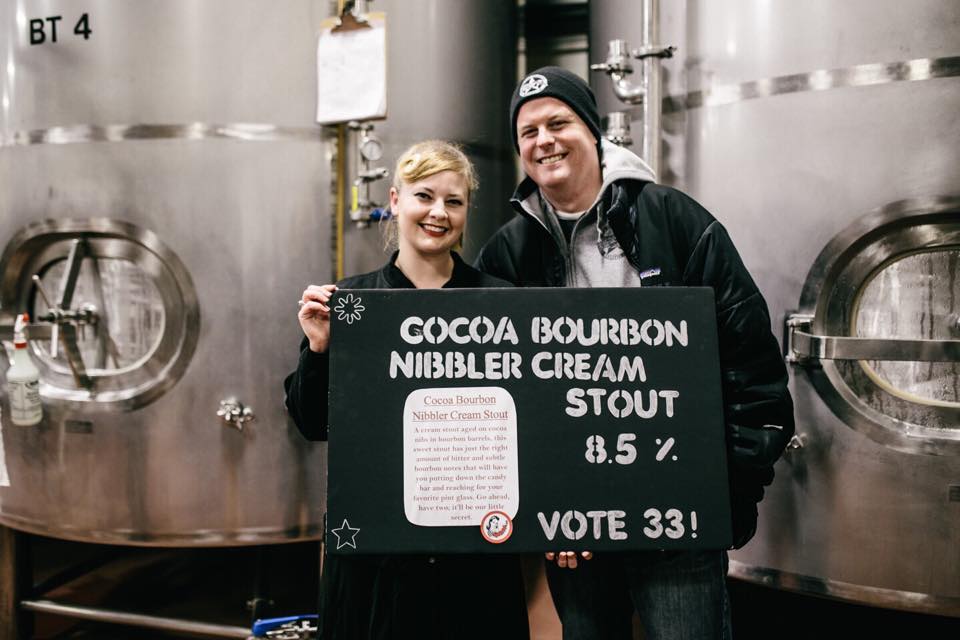 Congratulations everyone! You all brewed up some wonderful beverages and we were more than happy to try them out. 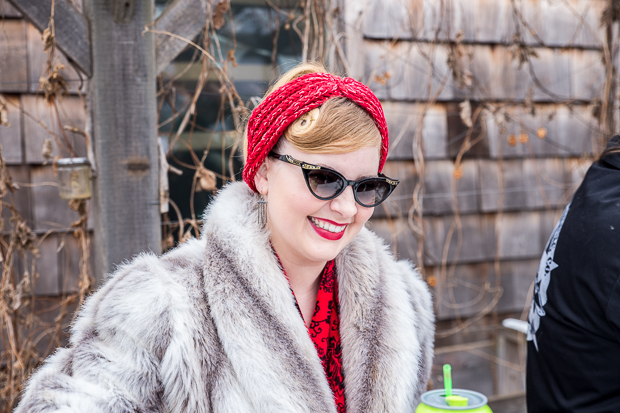 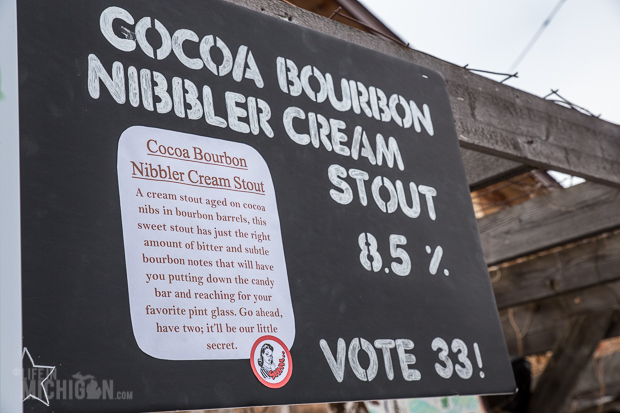 There are lots of pictures in the gallery.

You can keep in touch with us by signing up for our email or you can find us on Facebook, Twitter and Tumblr. Cheers!