While at the Detroit’s Eastern Market Flower Day a few weeks ago, Chuck was handed a booklet for the 2015 Indian Village Home & Garden Tour. Chuck is such a nice guy, he can’t just say “no thank you.” Thank Goodness! Within minutes, we’d learned countless facts about Detroit’s Historic Indian Village including the date for 2015 Home & Garden Tour. It is always the first weekend in June if you’d like to mark your calendar for next year. 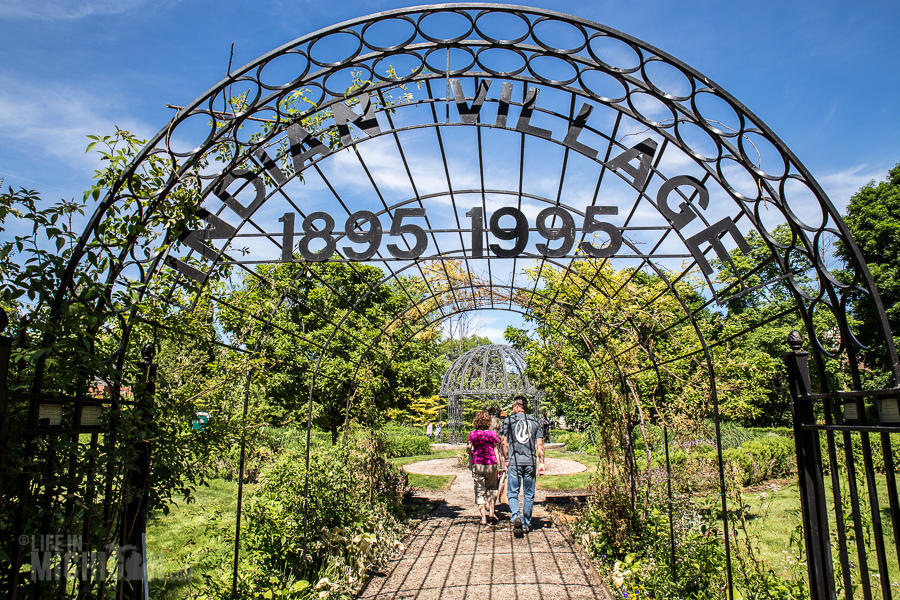 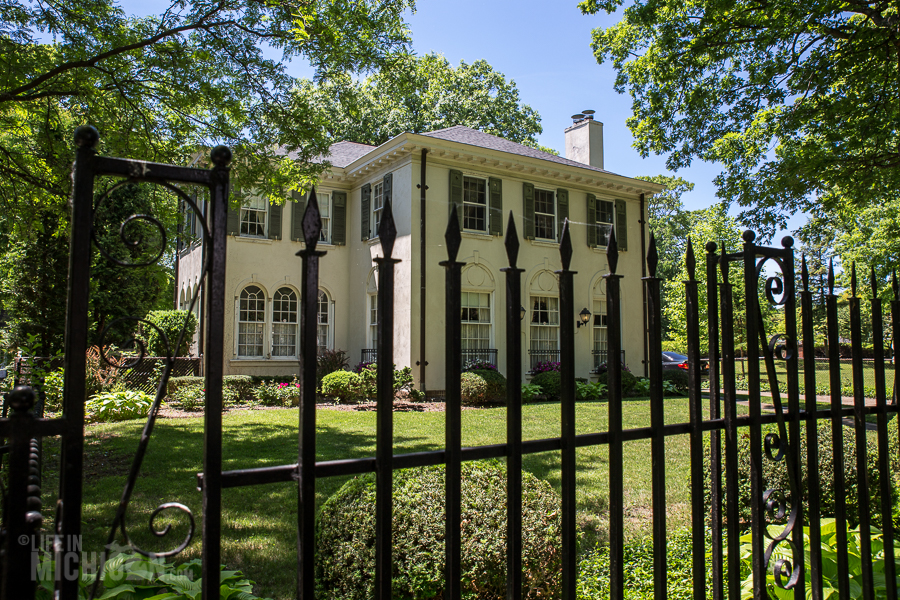 Indian Village is a historic neighborhood located on Detroit’s east side and includes Burns, Iroquois and Seminole Avenues from East Jefferson running one mile north to Mack Avenue. There are many details about the history of the Indian Village on their website. There are several facts worth noting. “The name Indian Village was chosen for its romantic appeal. There is no historical evidence of an Indian village ever permanently situated on this parcel of land. Many of the homes were built by prominent architects such as Albert Kahn, Louis Kamper and William Stratton for some of the area’s most prominent citizens such as Edsel Ford.”

Today there are 352 households, four churches, and two elementary schools. It is an eclectic neighborhood. We picked a lovely day to visit Indian Village and tour the neighborhood.

This year marks the Home & Garden Tour 42nd year and it helped support the Indian Village Historic Streetlight Preservation Project. “As part of the ‘Relighting Detroit’ effort, Indian Village is embarking on an effort to restore its early 20th century streetlights with 21st century techniques. The neighborhood has its original overhead electric streetlights that were installed circa 1910. When the lights are restored, Indian Village will be among a handful of neighborhoods throughout the U.S. that has their historic streets lights.” Contributions can be made through their crowd-funding page at GoFundme.

You can tour only a few of the homes, gardens and carriage houses. This home was not on the tour, but it had one of the streetlights. 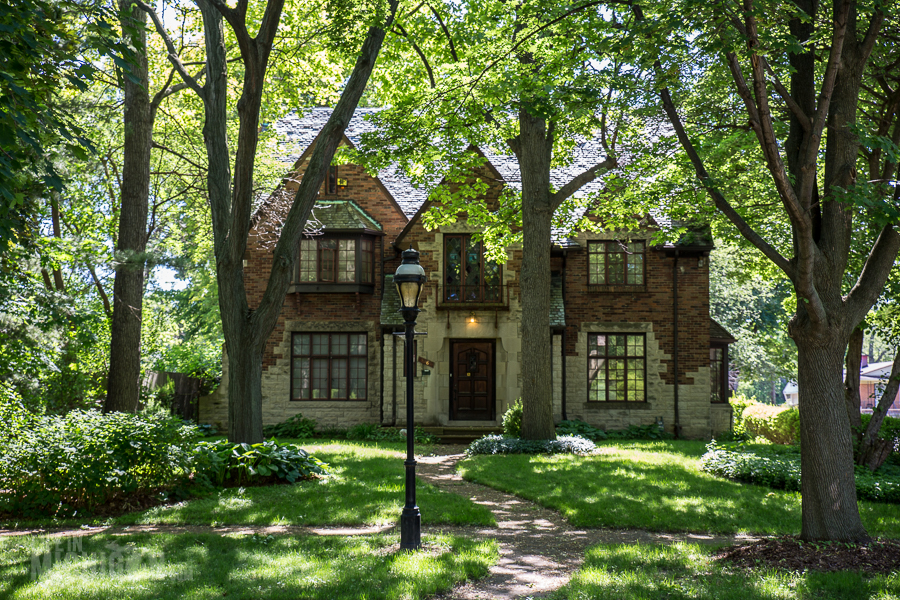 We collected our tickets from the John F. Nichols School at 3000 Burns. Built in 1910, it is the only public school in Indian Village. It is named for Detroit’s first superintendent of public schools who served in the position in 1855. You could also purchase the best carrot cake you’d ever taste from the ladies managing the food table in front of the school. 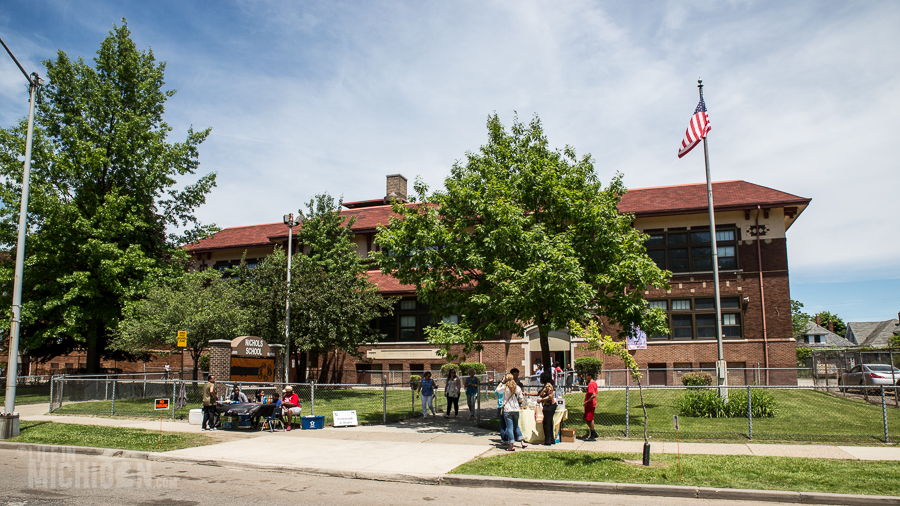 The Waldorf School on Burns was designed by Albert Kahn in the Arts & Crafts tradition in 1913. Chuck, who is a native Detroiter said this school looked very much like the school he attended. Is there a room deodorizer spray for elementary schools? Every single one I’ve stepped foot in smells exactly the same. 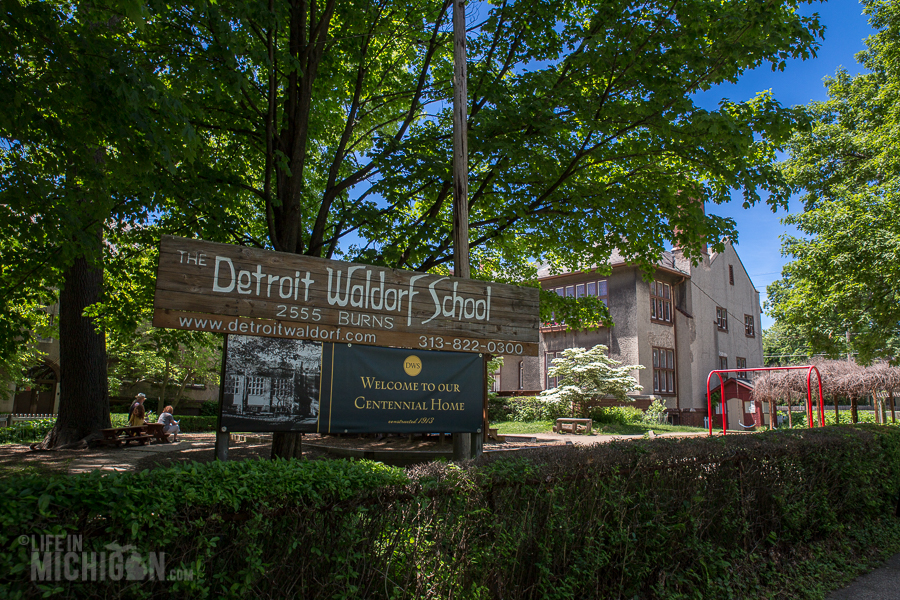 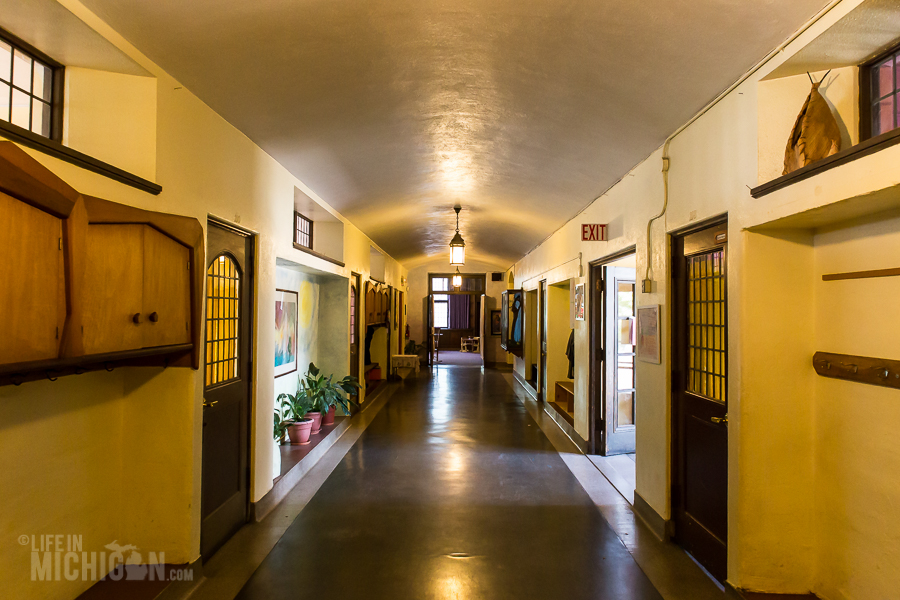 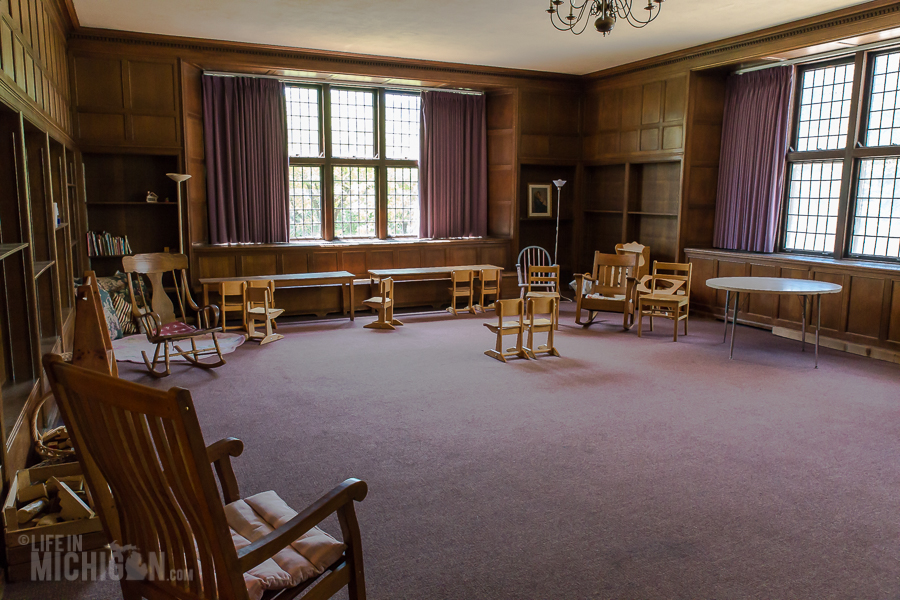 We didn’t tour this home designed and built by Walter S. Russel. It was originally stood on East Jefferson Avenue, but was moved to Burns in 1920. It was dismantled, each stone was marked and delivered to the new site. You’ve got to wonder why he just didn’t build a second home. It had to have been cheaper. 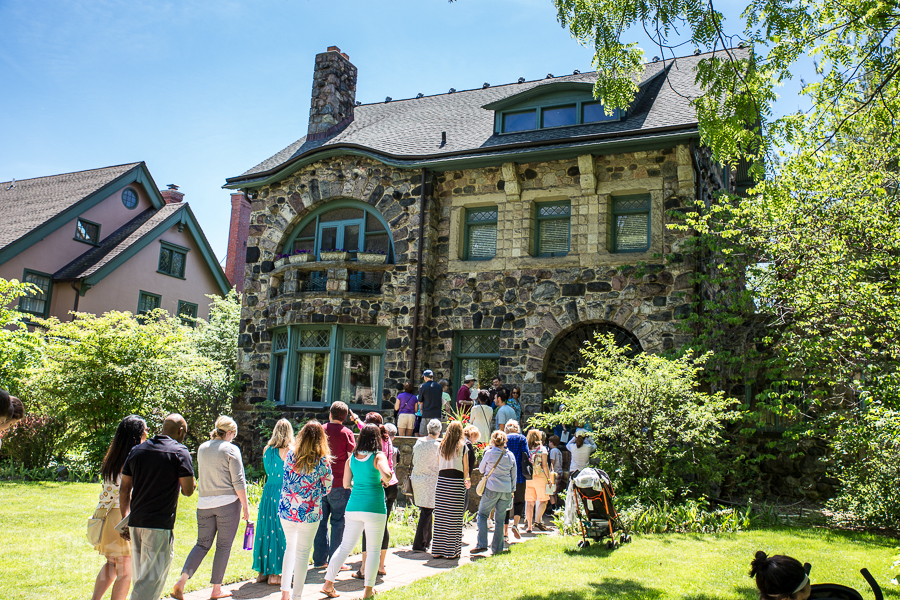 This church was designed by Architect Wirt C. Rowland of Smith, Hinchman & Grylls. He also designed the Guardian Building and Penobscot Building in downtown Detroit. Pure Detroit has FREE weekend tours of the Guardian and Fisher buildings. We caught one of these tours last winter. 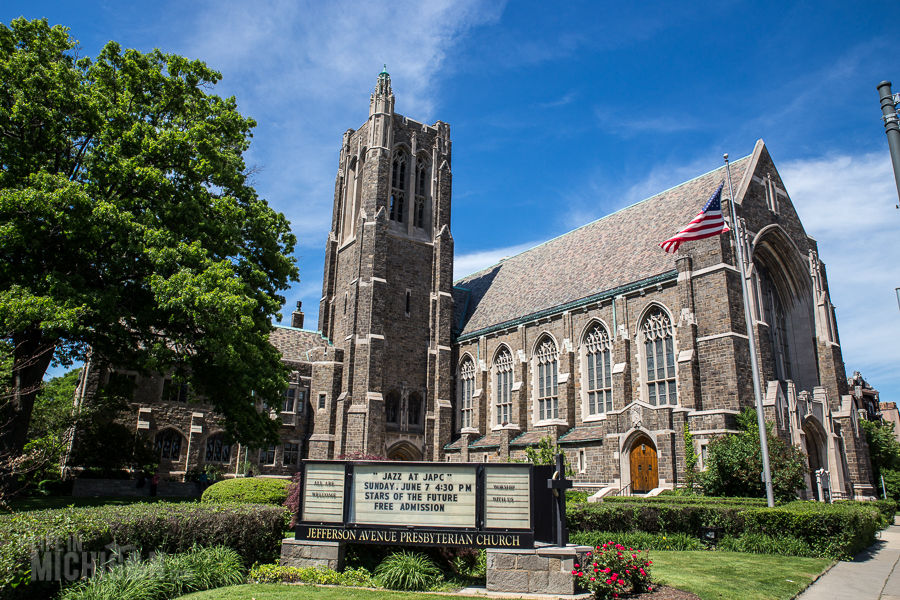 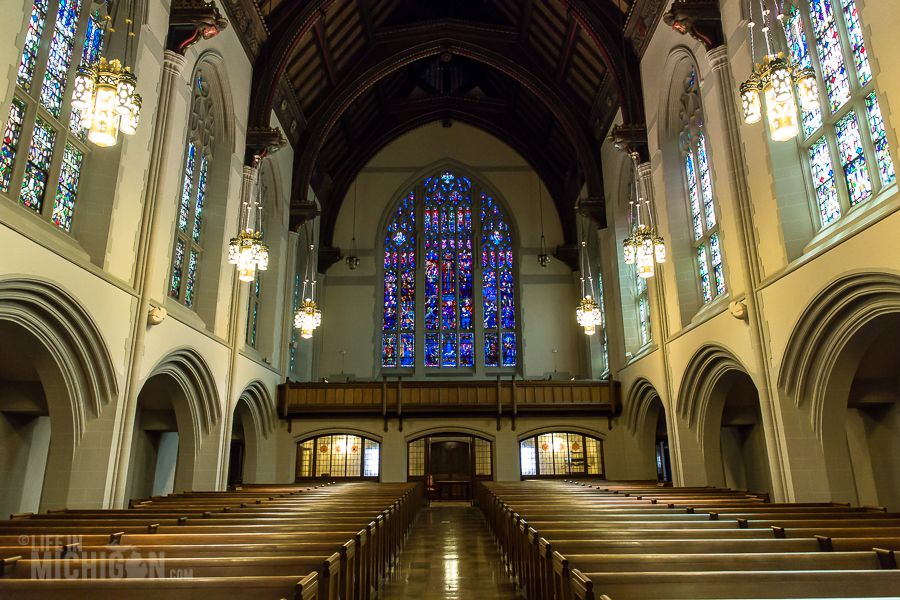 I grew up on a farm and we didn’t have a back ally. Apparently, these are very common in large cities. Jeff and Chuck both lived in Detroit when they were  “wee lads”. They had some very interesting stories to share about their experiences in the back ally. 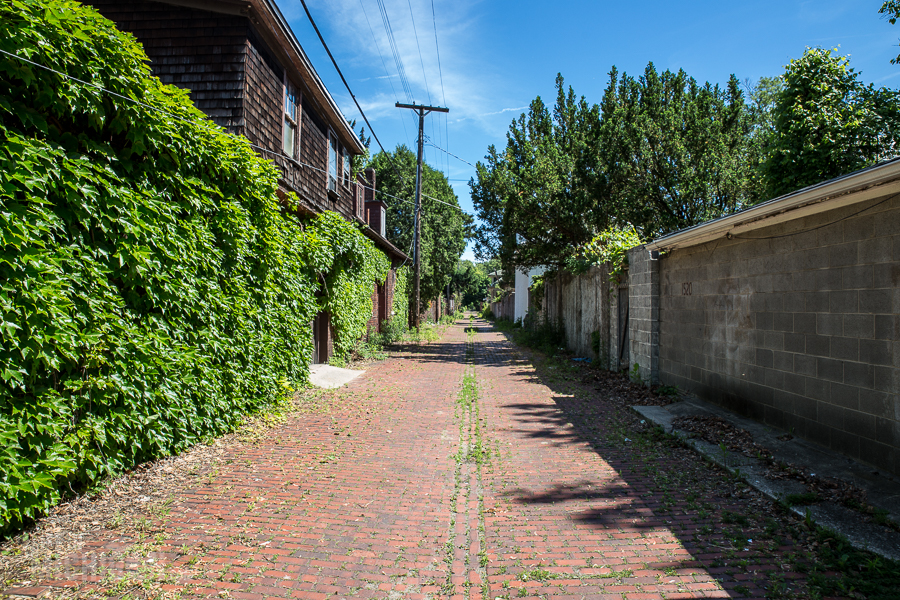 Here are a few more gems we really liked. 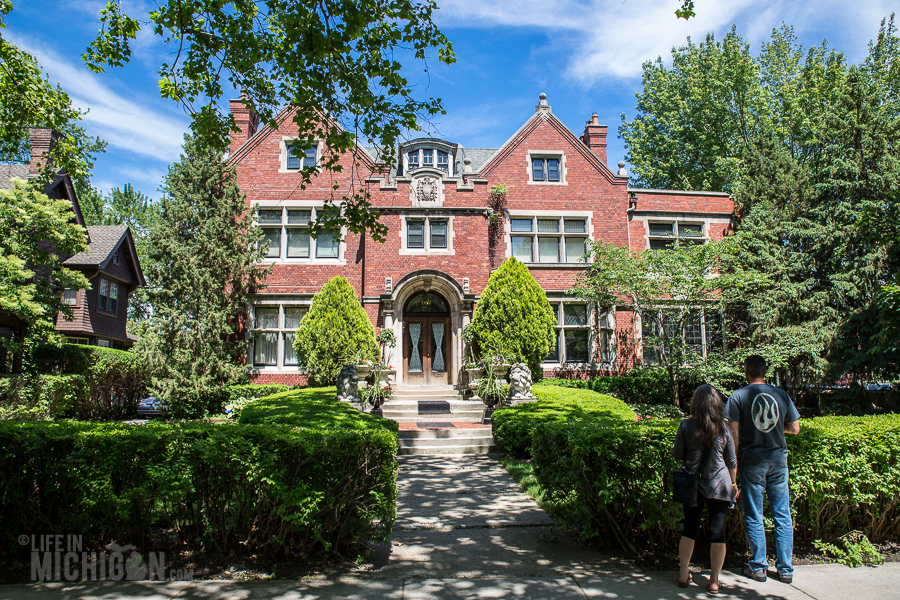 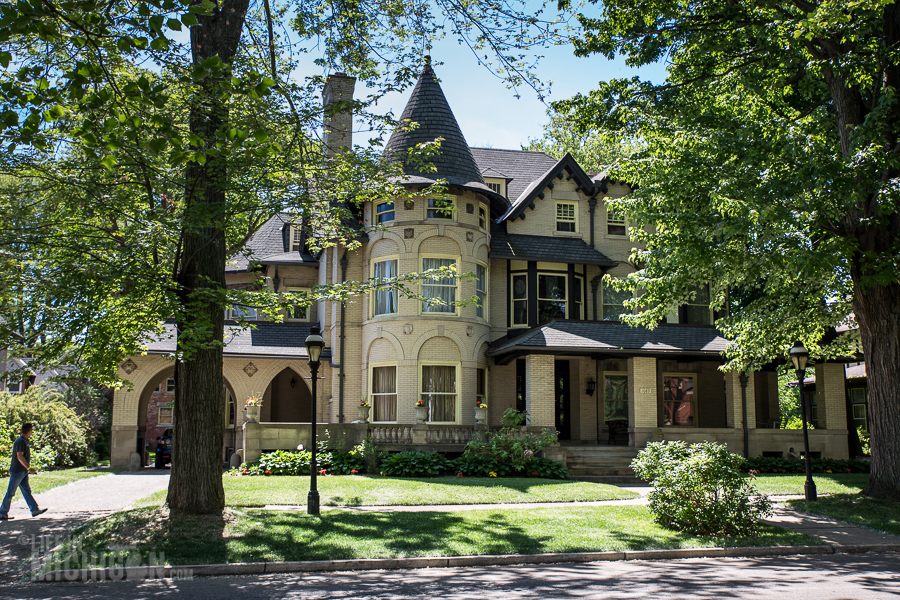 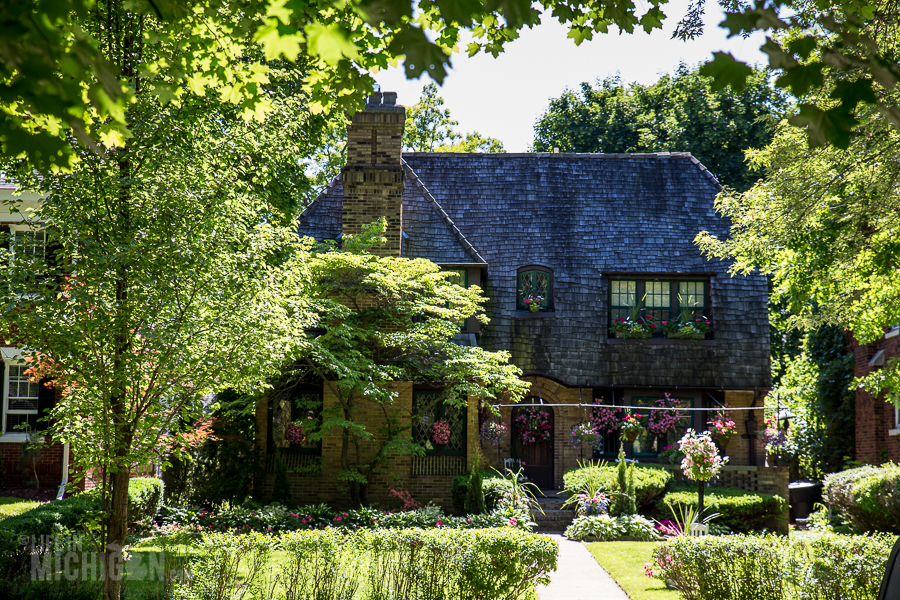 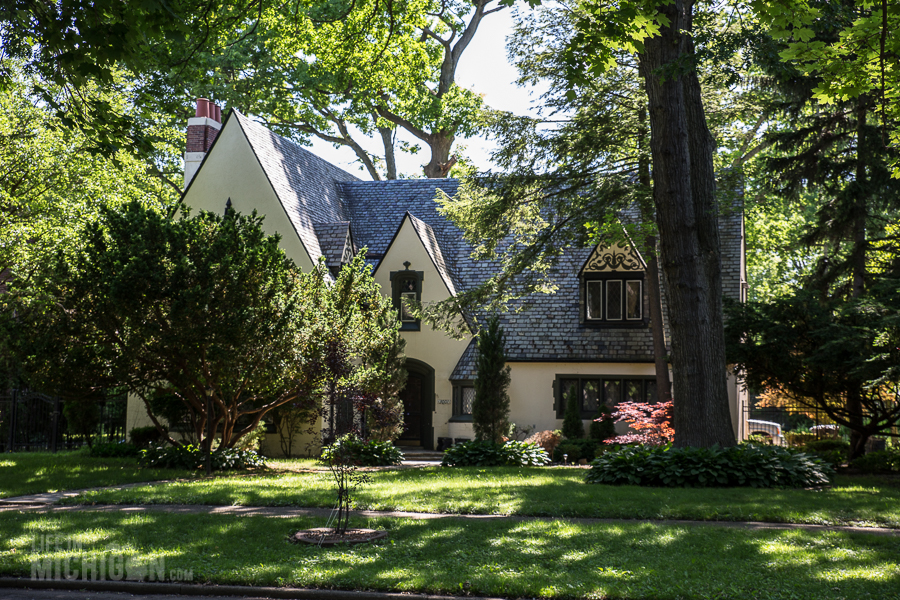 We have many more pictures from our tour of Indian Village in our gallery.

Have you toured Detroit’s Historic Indian Village or a story to share about it?? If so, leave us a comment or send us a message. We love to hear your stories.