Chuck arrived in Grand Rapids with a list of 47 beers sorted and organized by tent for the 10th Annual Michigan Brewers Guild 2015 Winter Beer Festival. The list was adorned with circles and stars to assist with prioritization. I wondered out loud how he planned to sample all 47 beers with only 15 tokens? He replied, “this is where you get involved.”

So now the conversation we had on Friday morning through the bathroom door was starting to make sense. It went something like this, “Ah babe, I see Arcadia will have the Big Dickicle again this year. And since that was your undoing last year, perhaps you should skip it.” I thought to myself, “Seriously, that comment just guaranteed I’ll have TWO.” I glared at the door and replied, “Ok cutie.” Yes at 20% alcohol, the Ole Ale Ice Beer was properly named the Big Dickicle and it may have been partially to blame for my Hangover after the 2014 Winter Beer Festival but Chuck had just laid down the gauntlet. Skip the Big Dickicle, we shall see.

We are Michigan Beer Enthusiasts members. The membership provides early admission to the Michigan Brewers Guild festivals. We joined several thousand other members for the noon entry to the festival on Saturday, February 28, 2015. It definitely felt like a reunion this year. Victor Lambert welcomed us with his megaphone. 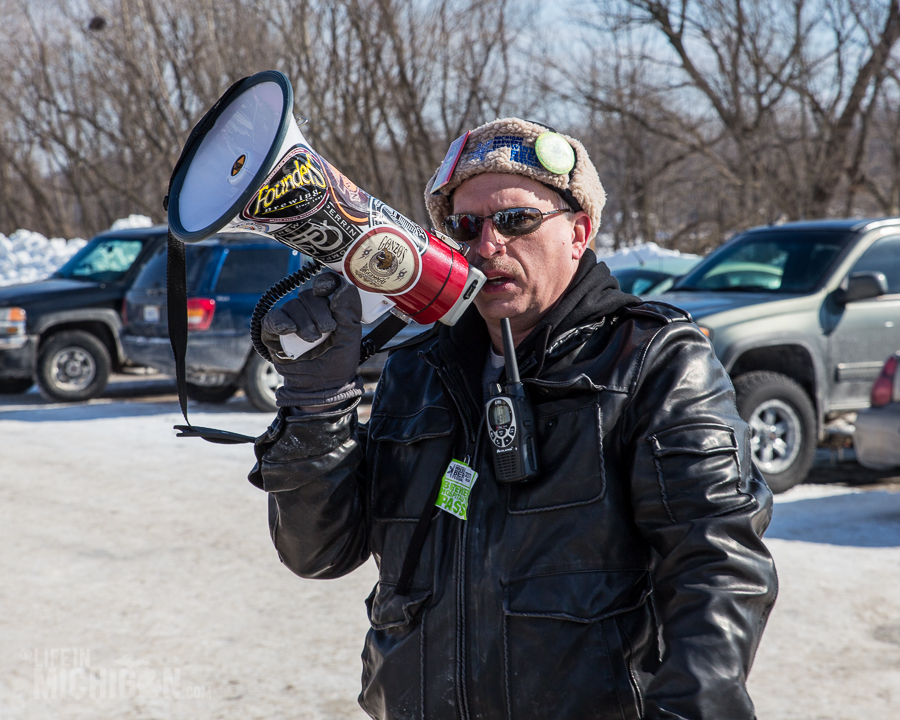 With more than a 1000 beers to choose from, Chuck’s list of 47 beers came in handy. Tent three had 12 of the 47 beers on Chuck’s beer list. We spent a lot of time in tent three and really enjoyed Wilbur from Old Mill Brewpub & Grill and Dr. Steve from Rupert’s Brew House.

We met the wizard from One Well Brewing. His beers were like magical potions and we’ll definitely visit them in Kalamzoo soon. 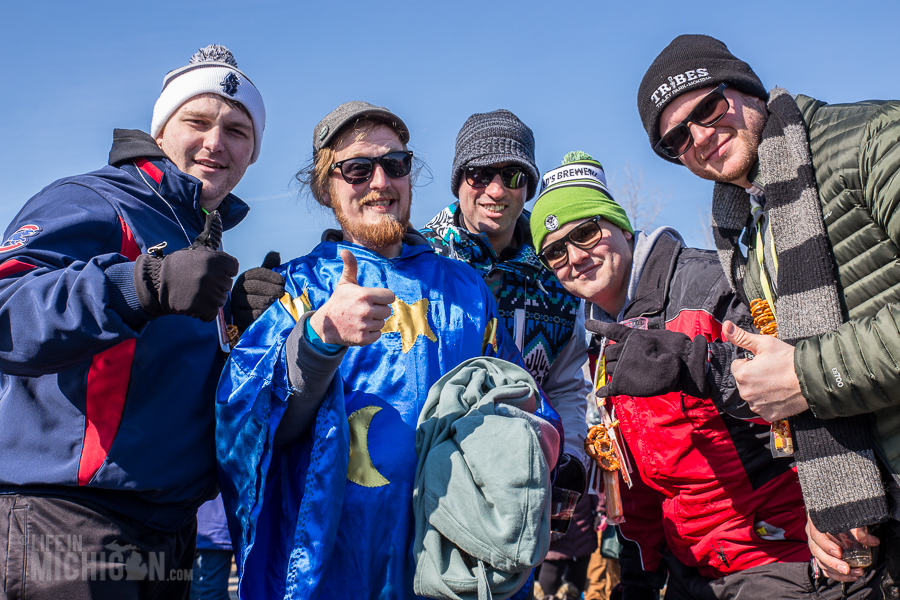 Citra Clown Ass Down from Tibbs Brewing Company was on Chuck’s list and we are so glad we tried it! 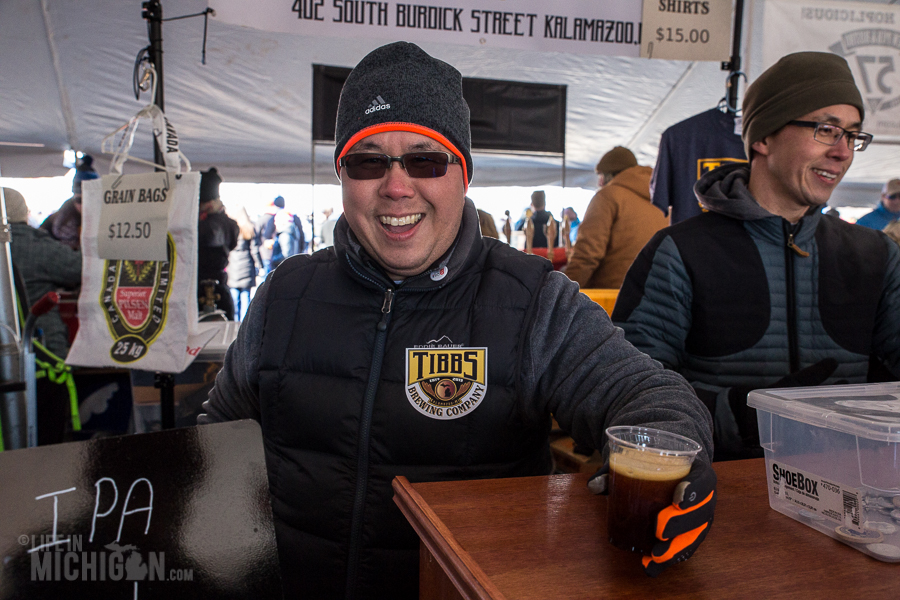 Everything from Short’s Brewing is delicious but we limited our selection to just two beers: the Bubbalooski an Imperial Pale Ale and Smugglin’ Plums a black stout brewed with Damson plum puree. Dark Horse was next, and Chuck had two beers on the list: Bourbon Barrel TRES Blueberry Stout and the Tequila Square Pants. 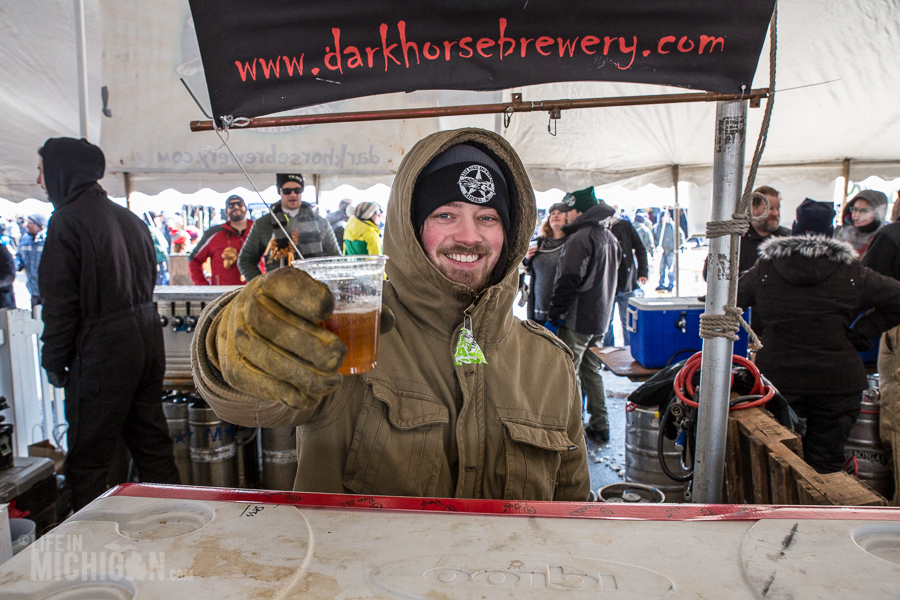 This is where the plan went awry. I got the BlackBush Black IPA at Kristy’s recommendation and while I was in line, Chuck ran into Jen and Beach from Greenbush. 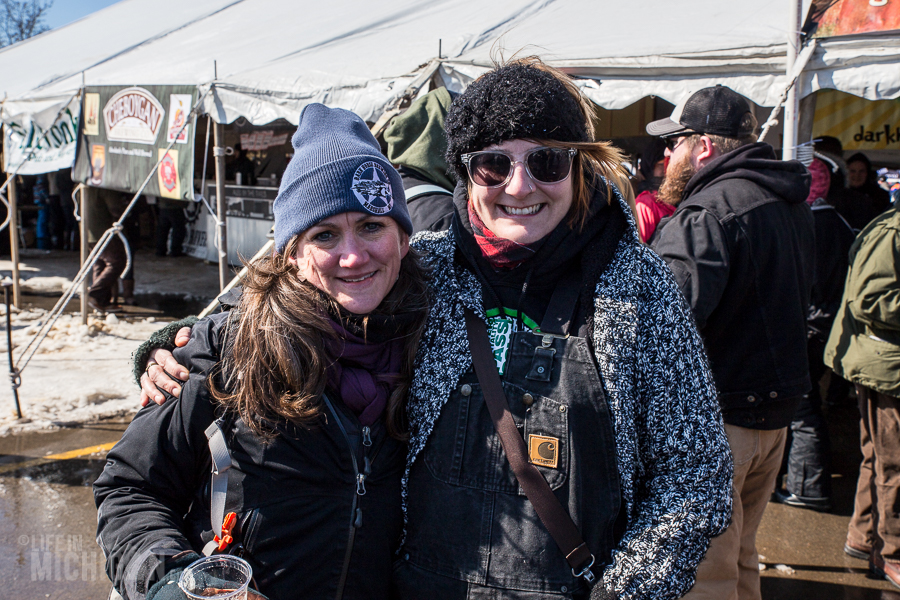 While Chuck and Anige were distracted with our friends from Greenbush, I may have found my way to Arcadia for the Big Dickicle. 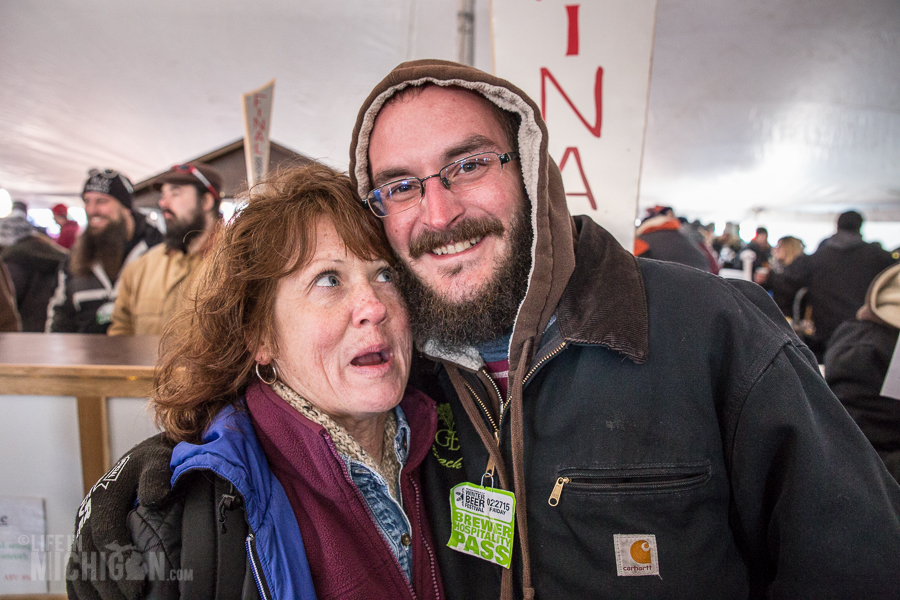 Buddha in Your Pants

Chuck got his first taste of Buddha during the 2014 Detroit Fall Beer Festival when he tried Stormcloud Brewing Co’s “The Early Buddha Gets the Worm – Tequila Barrel Aged Imperial IPA.” Chuck was in search of nirvana on Saturday and was determined to sample all 3 of the beers named for Buddha: Stormcloud’s Tijuana Buddha, Osgood’s Buddha’s Pale ALe Firkin — Prickly Pear & Buddha’s Hand Pale Ale, and Greenbush’s Middle Finger of Buddha. As Chuck put it “I’m riding the Mahayana with these beautiful gems of beer toward total awakening!” Good Lord!

Little did we know that there was an IPA contest going on at the fest. Wiggs was a returning judge and explained that they would be getting 8 flights of two beers and picking a winner from each round. This would get them down to the final four. It looked like pretty serious business with oyster crackers and water to cleanse the palate. It seemed like this contest could take a while, so we headed back to the festival. I wonder who won? 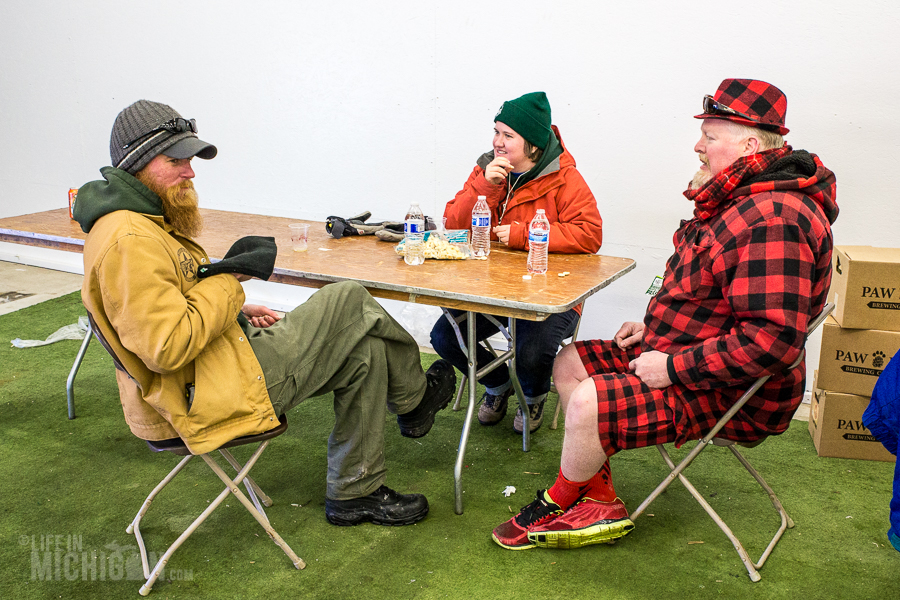 Who booked the band? Good job! The Moxie Strings were great and got the party started. They had a great celtic vibe going that made the festival that much more fun. 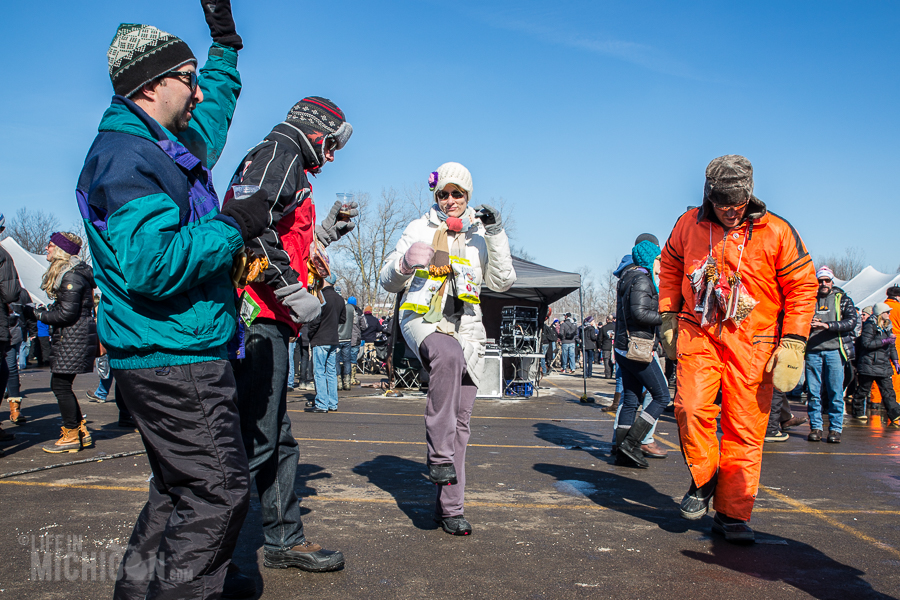 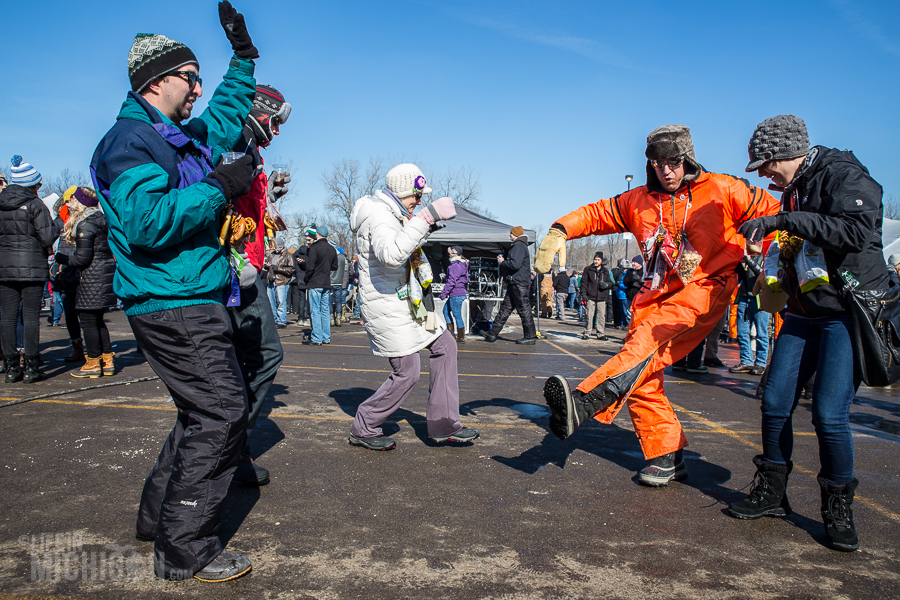 Perhaps it was the magic of the wizard from One Well, the Big Dickicle from Arcadia or maybe it was just the beautiful day but we all were having a great time! 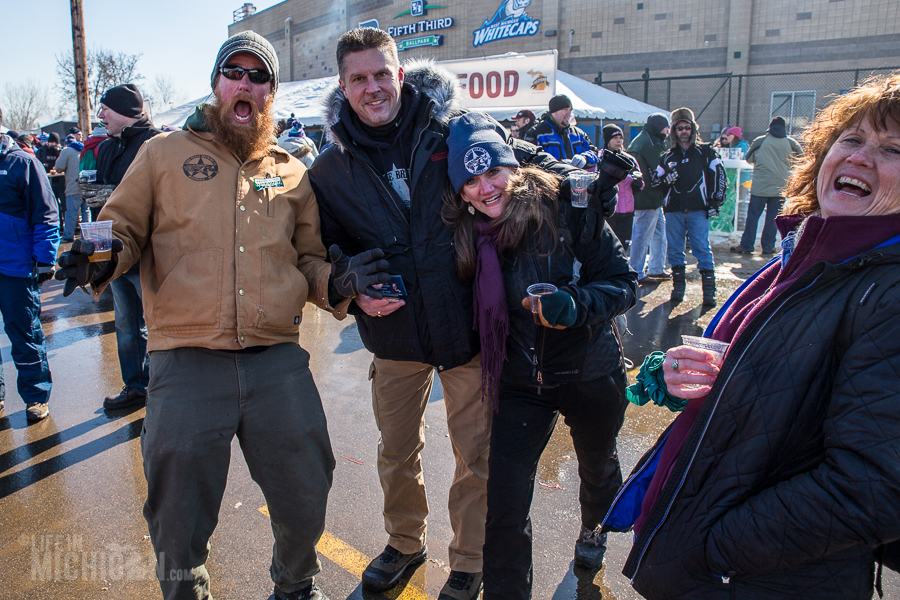 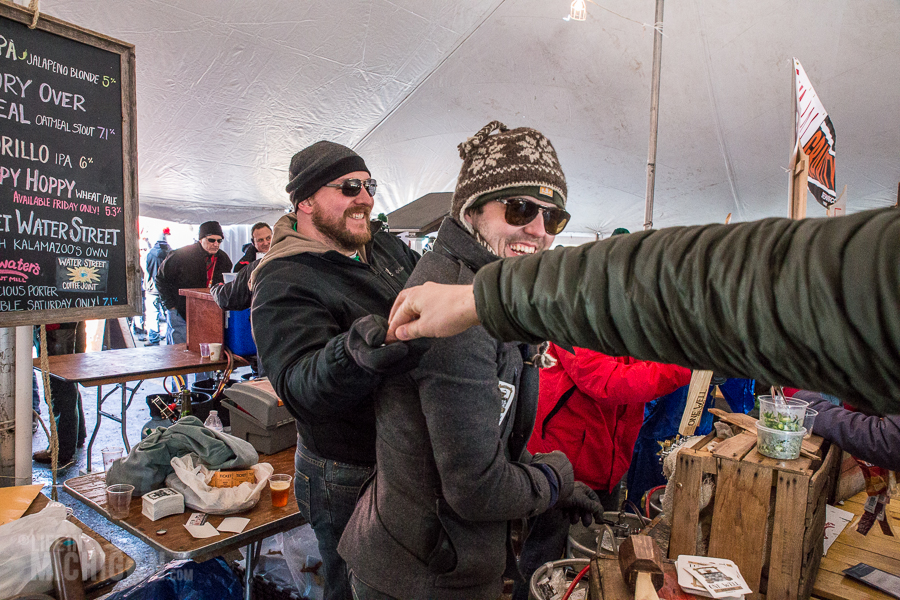 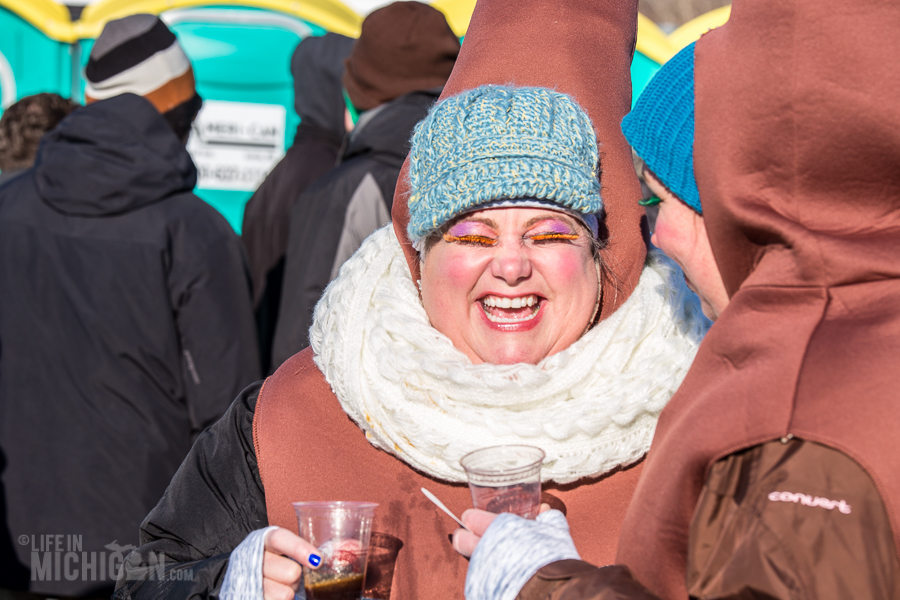 We have many pictures in our gallery. We couldn’t possibly include all the beautiful pictures in this post. Share your story with us, and leave a comment. Keep in touch with us by signing up for our email or you can find us on Facebook, Twitter and Tumblr. Cheers!