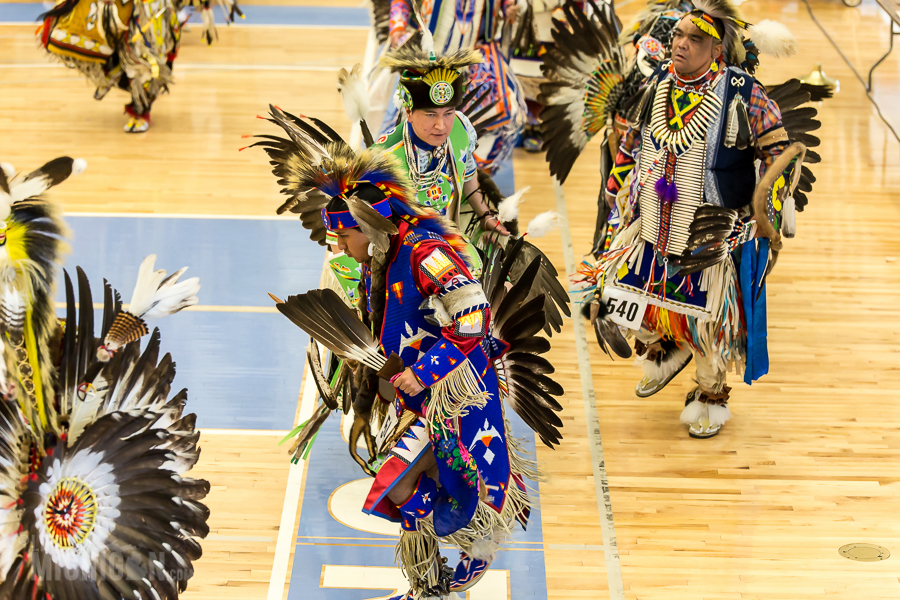 The Dance For Mother Earth Powwow has been a long time feature of Ann Arbor and the University of Michigan. The powwow started in 1972 and has been hosted by the University of Michigan Native American Student Association. For the last two years, the Native American Student Organization at Eastern Michigan University have been co-hosting the event. It is one of the largest student run powwows. Be sure to check out the Dance For Mother Earth Powwow website which has a much more detailed history of the powwow. 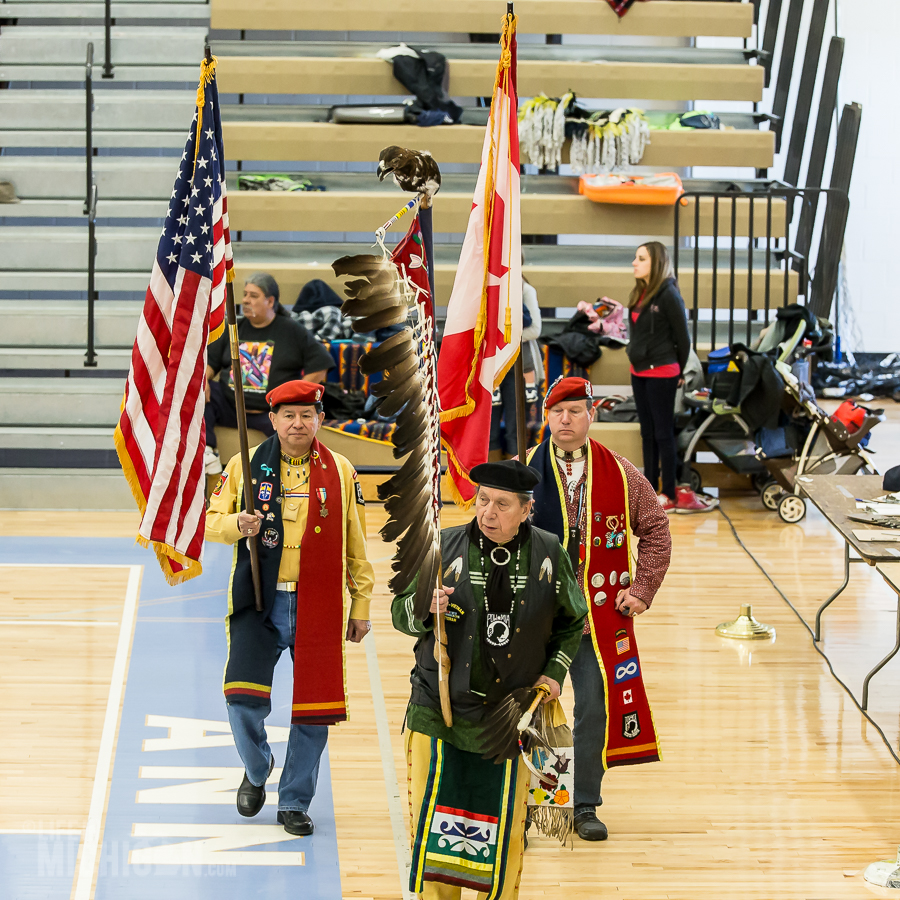 The powwow started off with the Grand Entry where the head veteran, flag carriers, and head dancers led in all the powwow participants as the drum groups sang. The head veteran for this year’s powwow was George Martin. Head dancers were Russell Harjo, Zack Antoine-Jackson, Marquel Crawford, Leya Hake, Alexis Syrette, and Beedoskah Stonefish. 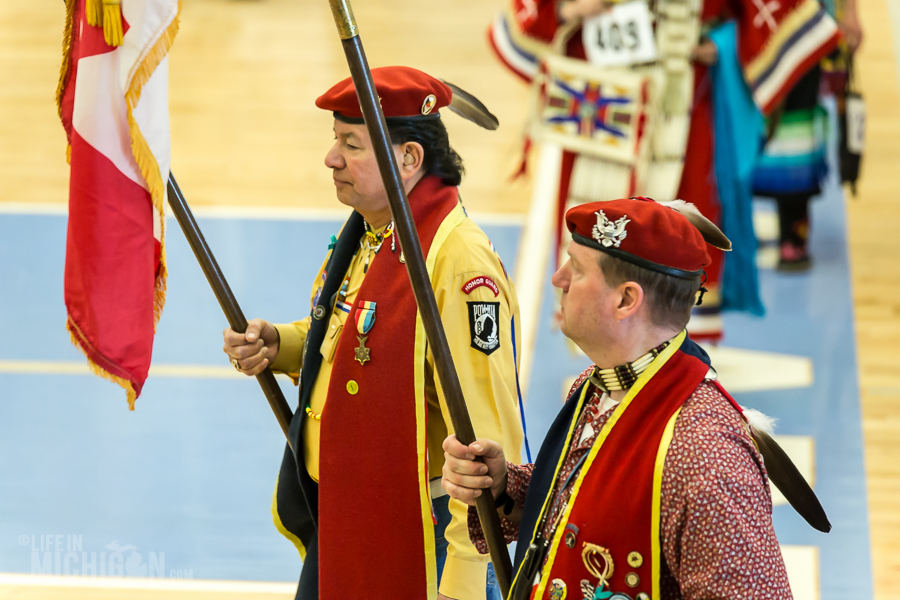 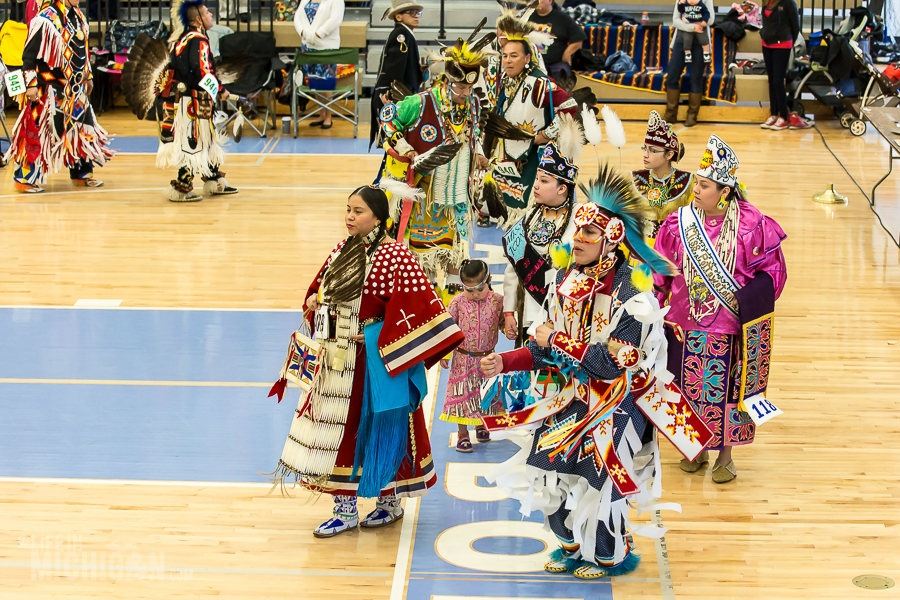 There is a deep respect and honor for service to your country and nation among the native peoples. This is something you can feel strongly at the powwow as many veterans were honored for their service to our country. This includes the playing of the Flag Song. This year’s powwow also featured a welcoming address by University of Michigan’s new president, Mark Schlissel. 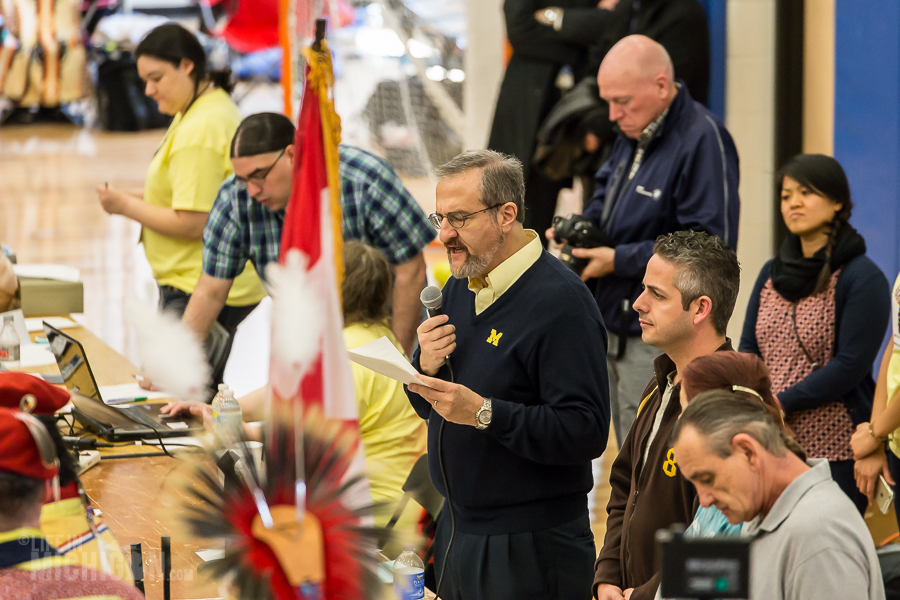 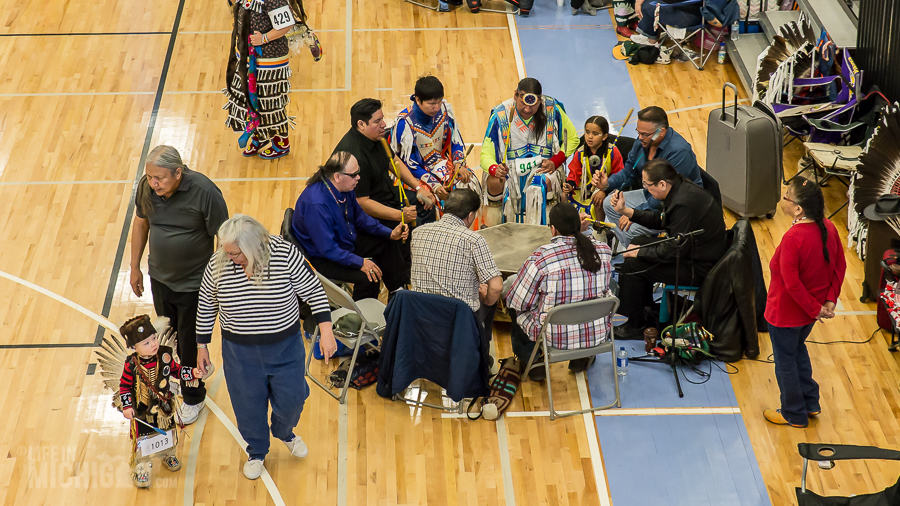 You may be thinking that a drum is, well, a drum. However, at a powwow a drum is also the word used for a group of singers who play a drum. The heart beat of the powwow comes from the drums. They are extraordinary to hear live. The drums perform in either Southern or Northern style. Southern style features low tones, while the Northern style has more high pitch singing. The host drum for the Dance for Mother Earth Powwow was Wisconsin Dells from Prairie Du Sac, Wisconsin who sing in the Southern style. The Co-host drum was Crazy Spirit from Sarnia, Ontario singing in Northern Style. Other invited drums were Thea Tribe from Lawrence, Kansas (Northern style), Tha Bucks from Oneida, Wisconsin (Northern style), Southern Straight from Fulton, Michigan, Dusty Bear, Medicine Tail from Atmore, Alabama (Northern style), and Charging Horse from Peterbourgh, Ontario (Northern Style). 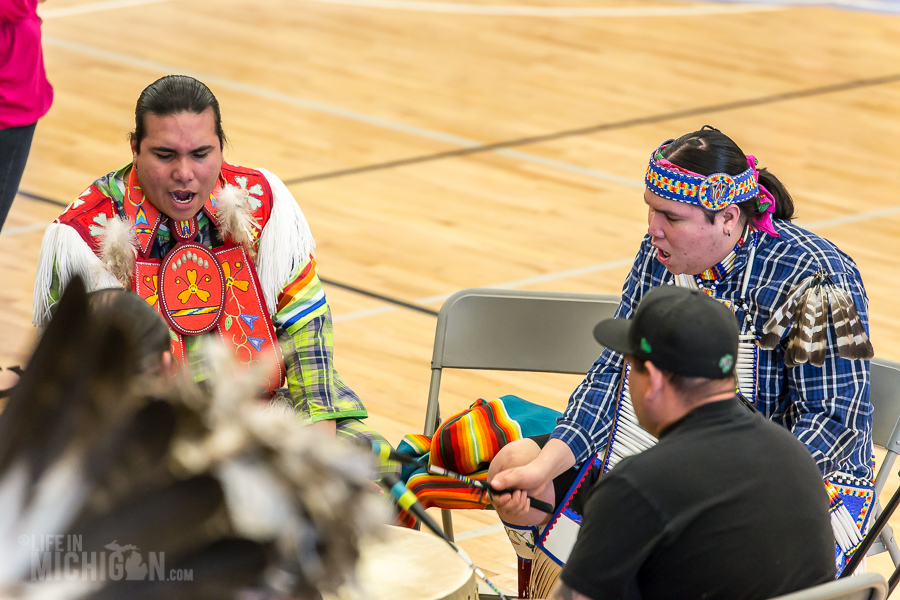 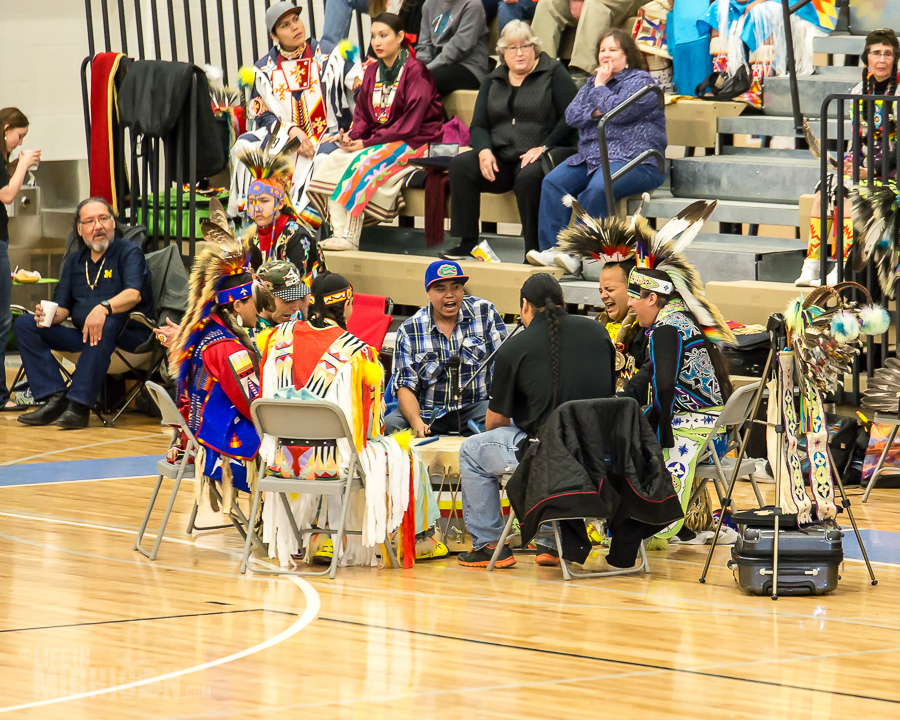 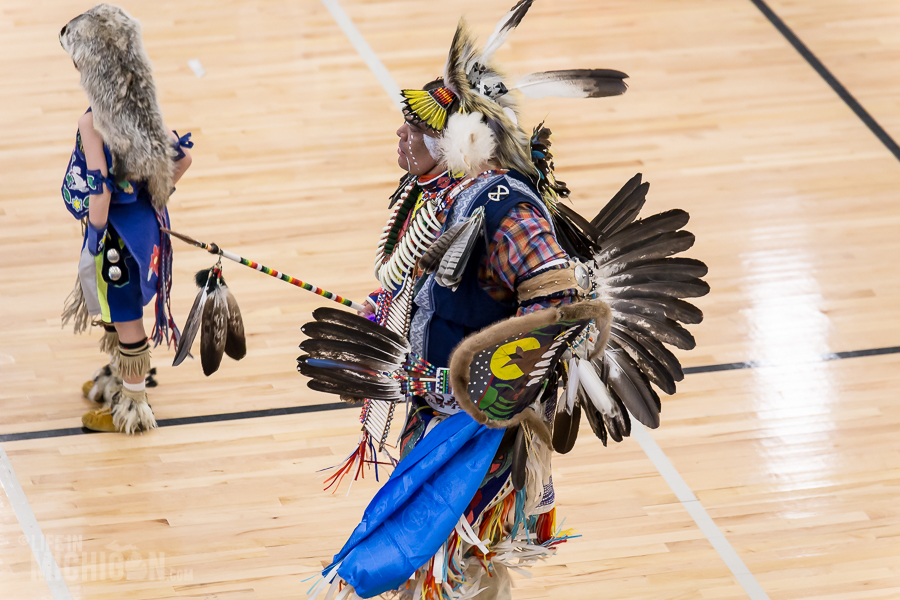 Dancing is another key aspect to the powwow. The Intertribal dance lets everyone in the audience get out on the floor to become part of the powwow. There are also competitions which are divided up into traditional, grass, and fancy for men and traditional, jingle, and fancy shawl for the women. Each type of dance has regalia that matches the theme of the dance. You have to admire the hard work that goes into making there beautifully detailed outfits. 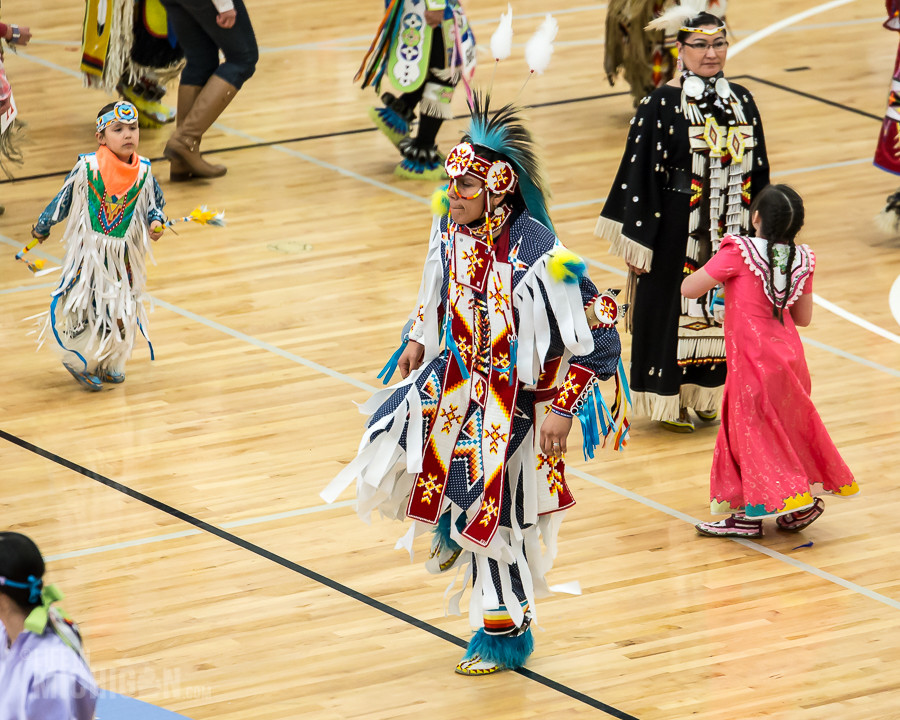 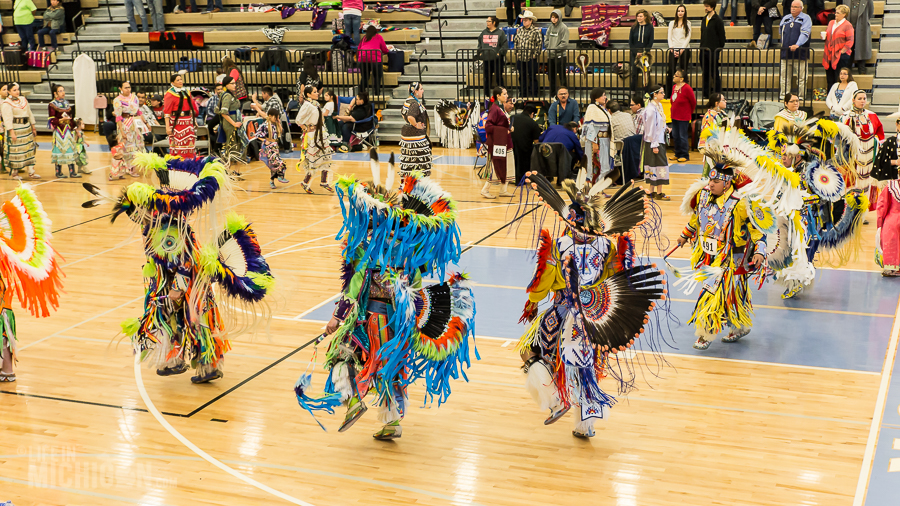 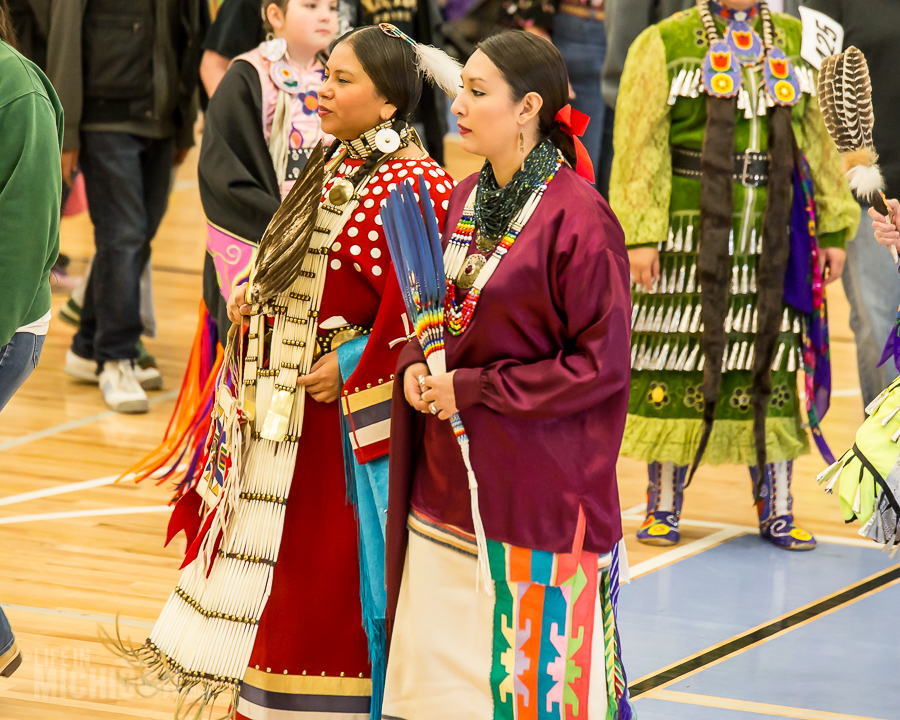 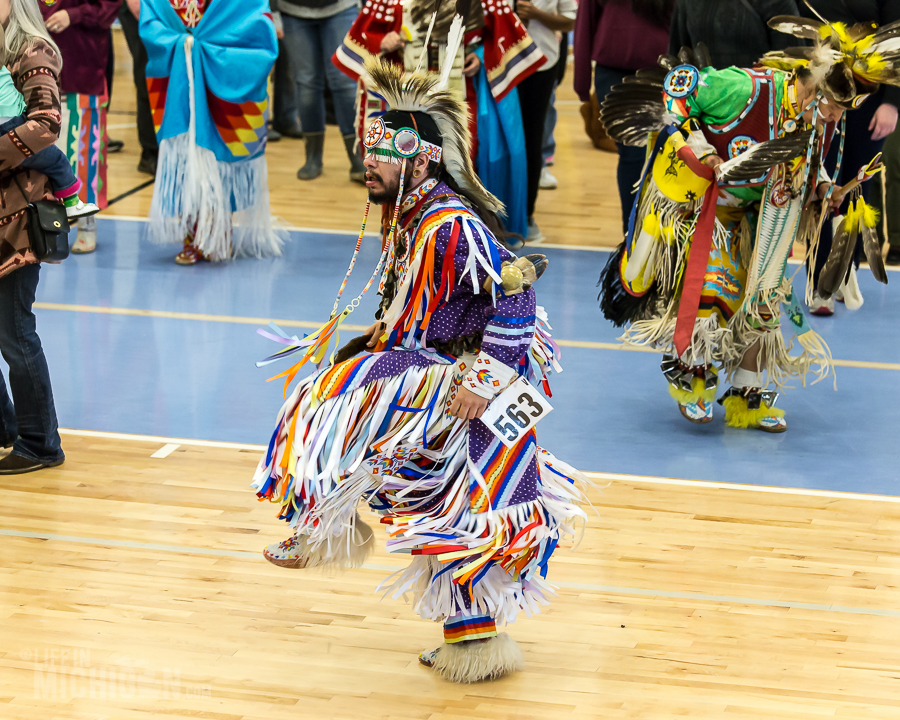 The powwow also offers a host of arts and crafts for sale. You can find paintings, jewelry, clothing, and leather works. Brenda was eyeing these fantastic leather bags. 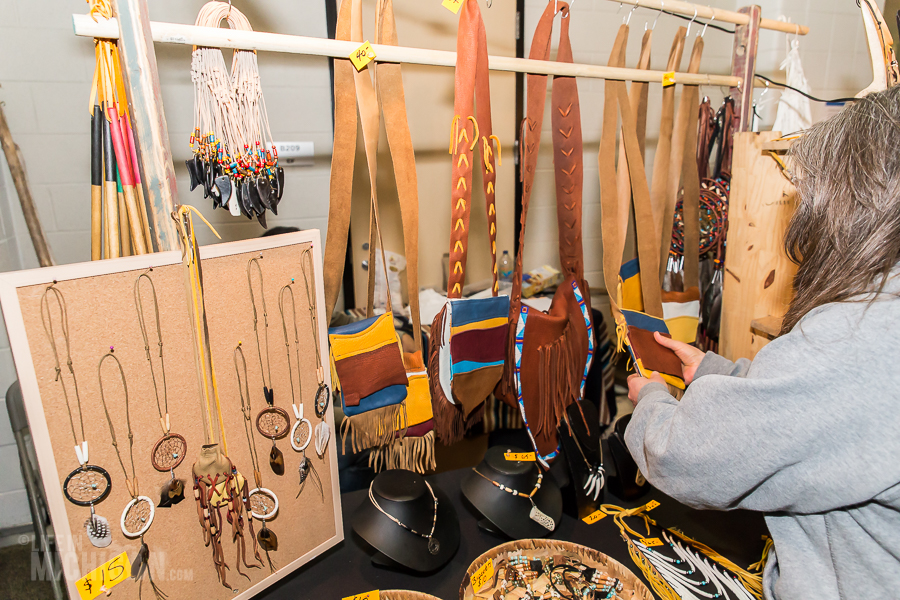 I was drawn to a table full of stone, bone, and antler carvings by David Farnham. I have a small collection of bears and could not resist adding this guy carved from soap stone and signed by David. David is part of the Native Roots Artist Guild. 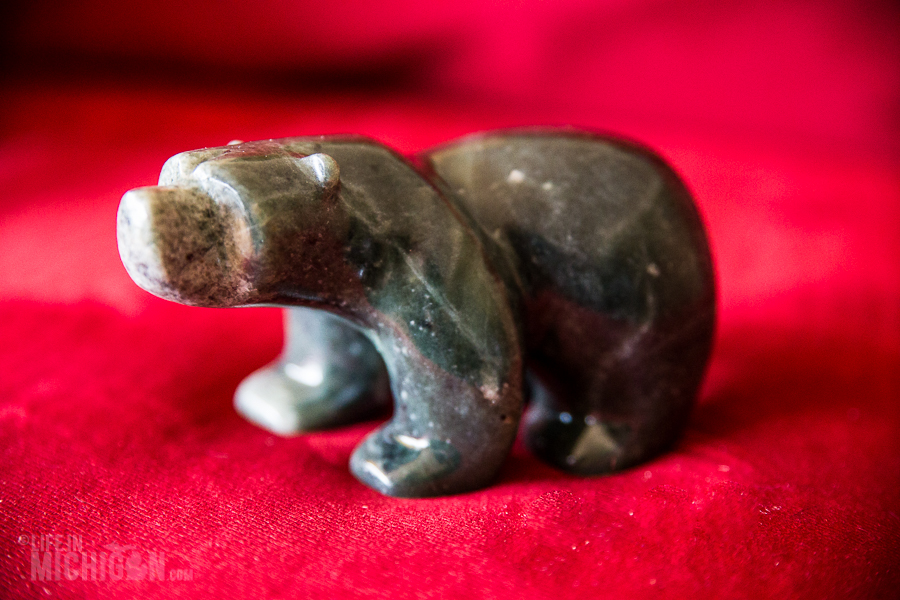 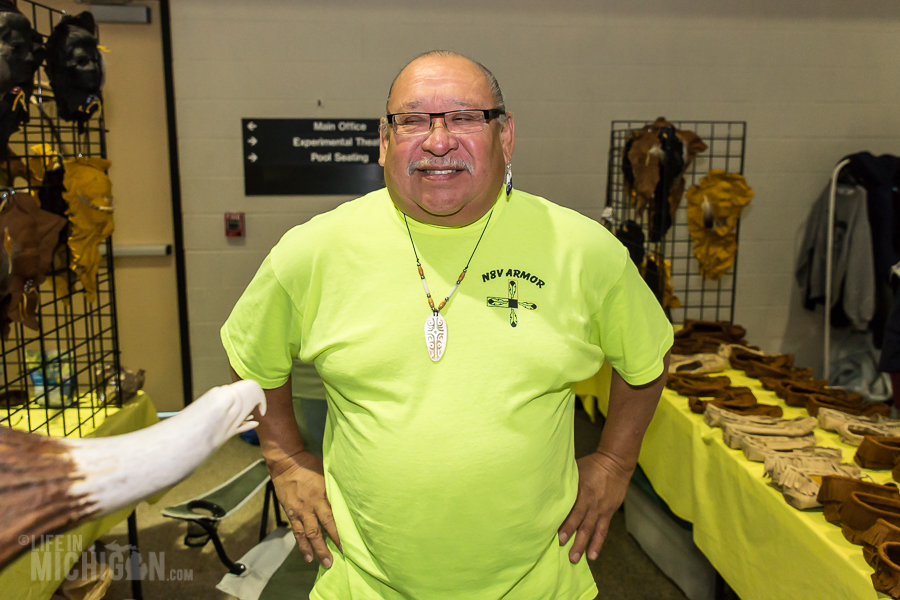 We had a great time at the powwow and would encourage folks to go an experience this great event. If you made it down to the powwow, let us know about it. Leave us a comment and share your story.