A Tale of Four Castles – Travels in Scotland

A Tale of Four Castles – Travels in Scotland

Besides driving on the wrong side of the road, scrambling up mountains, and drinking beer and Scotch, we also spent some time visiting castles during our trip to Scotland in 2012. 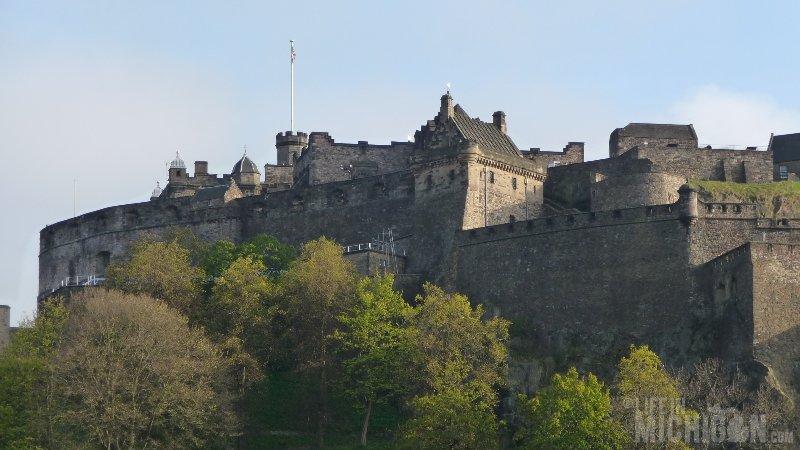 We visited Edinburgh castle on our first day in Scotland.  Pretty much right after ordering the kilt at Geoffery Tailor.  You really can’t miss it.  It is a massive fortress, set atop a volcanic perch that overlooks the city.  This has been a fortified site at least as far back as the 12th century.

We didn’t have a ton of time to explore as the castle closes at 5pm, and we arrived at the ticket gate just before 4.  On a side note, exactly why do museums, galleries, and such close at 5pm???  Anyway, we decided to go ahead and check it out while we had the time.  You are greeted at the entrance by Robert the Bruce and William Wallace.   Here is Brenda near the statue of Robert The Bruce 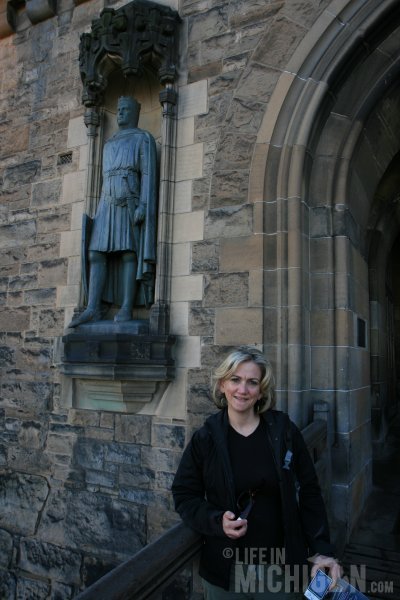 Much of the castle was destroyed during battles in the 1570’s.  A series of major renovations were done  in the 1615 to 1617 time period for King James return from England for jubilee celebrations. 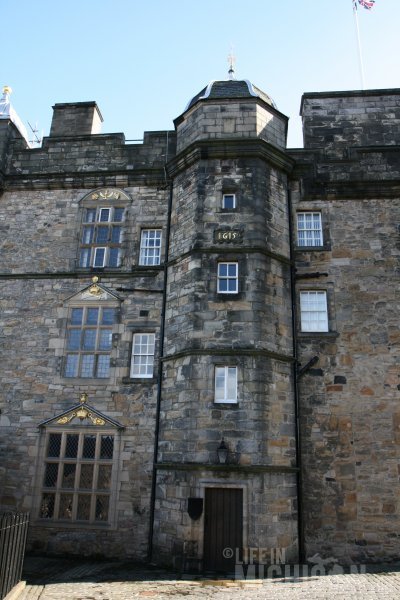 We really enjoyed the Great Hall with all the arms and art work.

“The Fight for the Standard at The Battle of Waterloo” by Richard Ansdell is quite impressive. 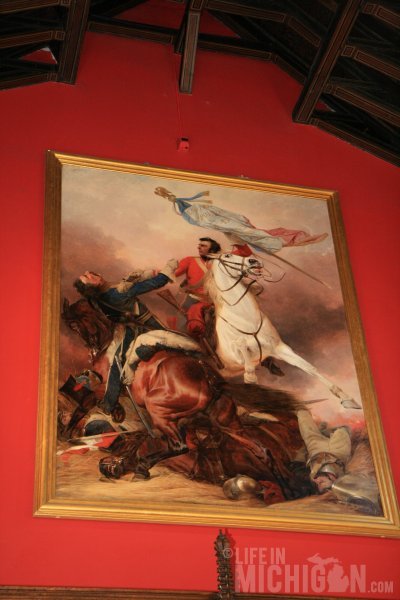 This claymore is one of the few surviving of these great broad swords. 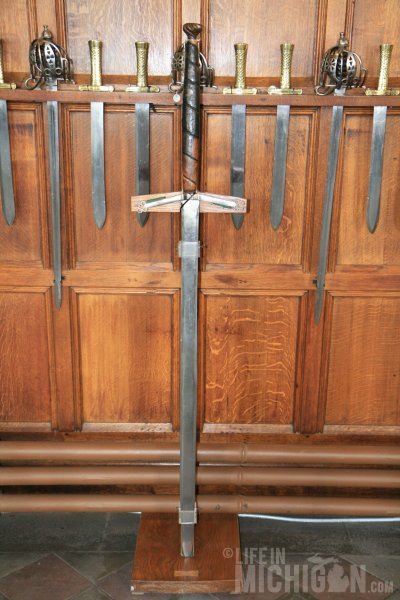 The oldest building in Edinburgh and at the castle is St. Margaret’s Chapel.  The stained glass is beautiful.  This one of William Wallace was a favorite. 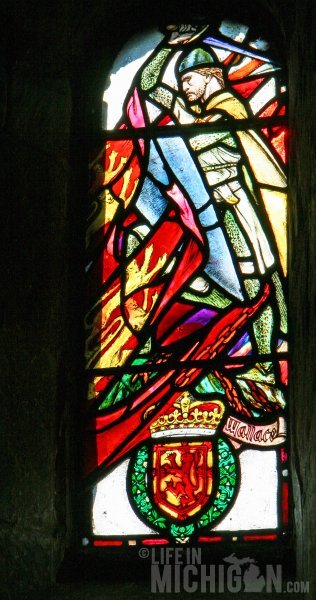 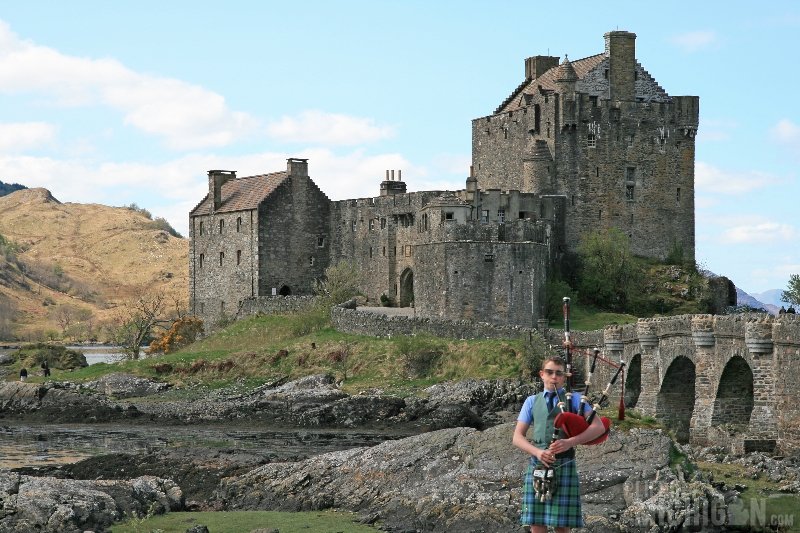 Eilean Donan (kinda fun to say isn’t it :)), is quite an iconic castle.  If you ever watched the movie “Highlander”, then you might remember seeing this castle.   The Eilean Donan is located near the town of Dornie in the West Highlands on the way to Isle of Skye.  When we arrived, a young lad was cranking up the pipes!  Nothing better than some pipes to make your day complete.

The castle was a defense point against raiding Vikings coming in from the North and is the stronghold home for Clan Mackenzie. 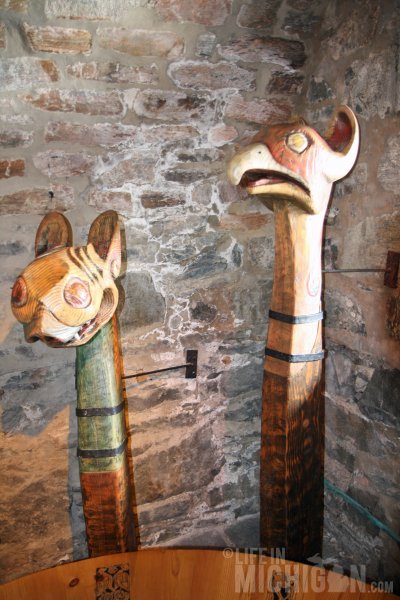 Much of the castle was rebuilt between  between 1919 and 1932 by Lt. Col. John MacRae-Gilstrap. 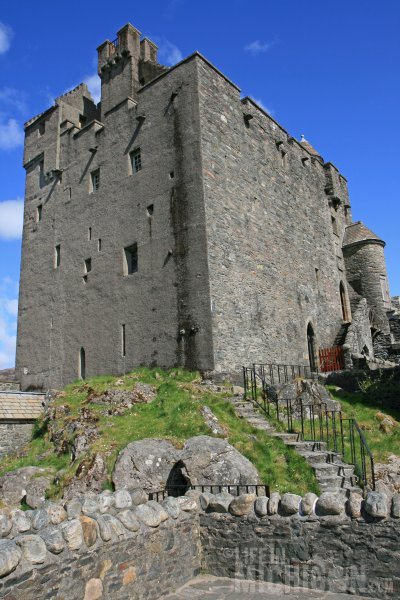 Dunvegan is the oldest inhabited castle in Scotland and ancestral home of the Chiefs of Clan MacLeod for 800 years. Now that is a long time! It is also home to the Fairy Flag and the Dunvegan Cup.  It is on the North West corner of the Isle of Skye.  It is a bit of hike to get there, but worth the trip. 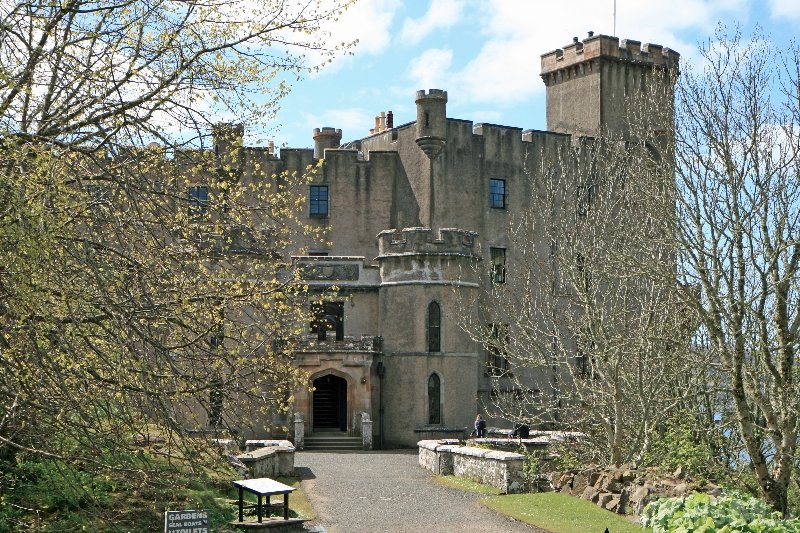 The interior of the castle is very nice, but unfortunately, they don’t allow photography.  Whats up with that??   Thankfully, they do allow photography in the acres of beautiful gardens.  One very striking feature is a Chilean Monkey tree.  Its an evergreen tree that grows fairly tall and has some very interesting leaves (as well as creatures under the tree!) 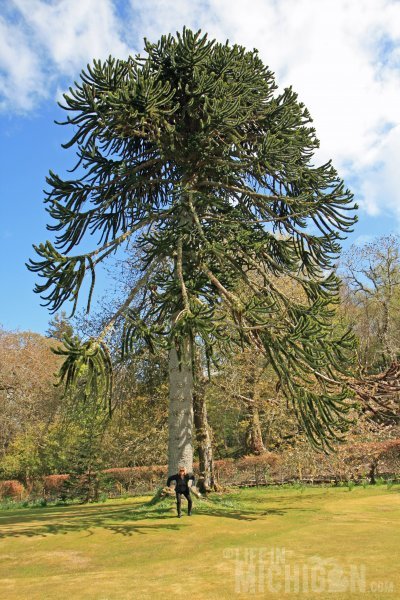 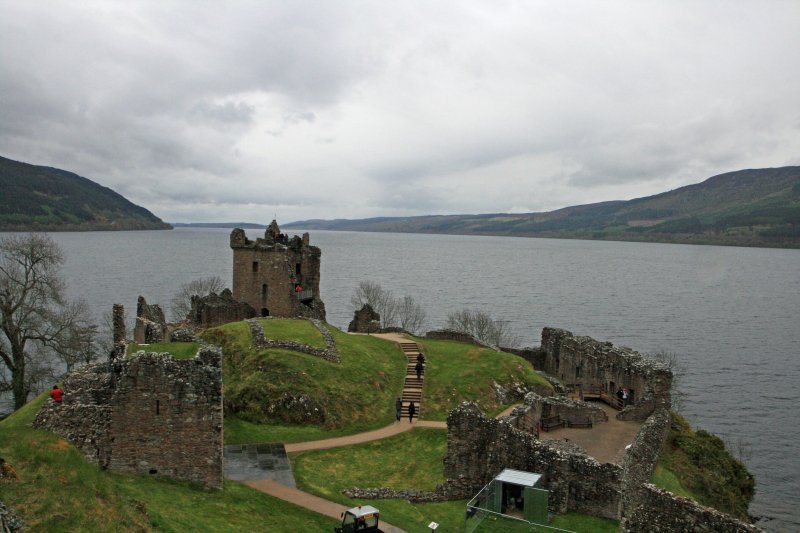 As we made our way toward Inverness, we stopped in to visit Urquhart Castle which sits on the shore of Loch Ness.  A misty rain added to the ambience. 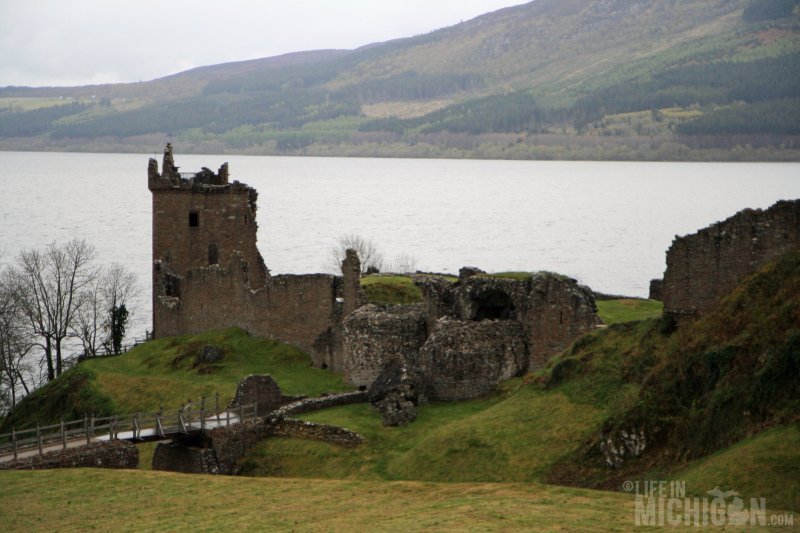 There is quite a bit to explore at Urquhart Castle.  Brenda ventured down a crazy narrow stair case and returned unscathed! 🙂 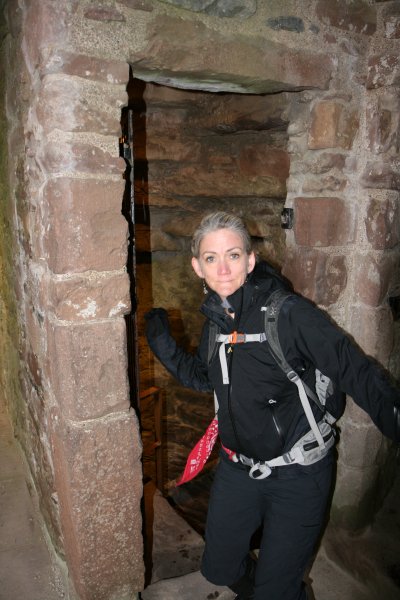 Probably the coolest thing we saw was this posting about the importance of beer!!  Yes!! 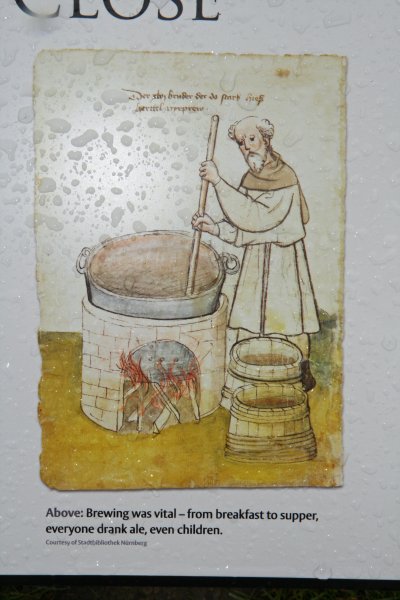 The tour of castles was a lot of fun, just as the whole trip to Scotland was.  Feel free to browse more pictures of our trip.