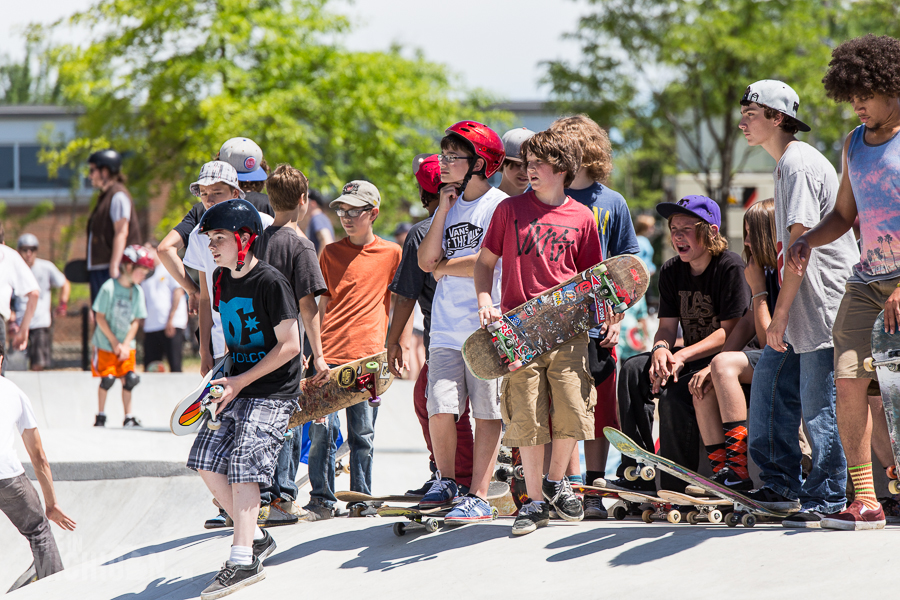 Ann Arbor Skate Park – If you build it…

Ok, that is probably one tired ass analogy, but it sort of fits.   The Ann Arbor Skate Park has been years in the making (7 to be exact). It started out as an idea by local skate enthusiasts to provide a free park for anyone to skate. Through a lot of hard work, determination, and cooperation the park is now a reality. 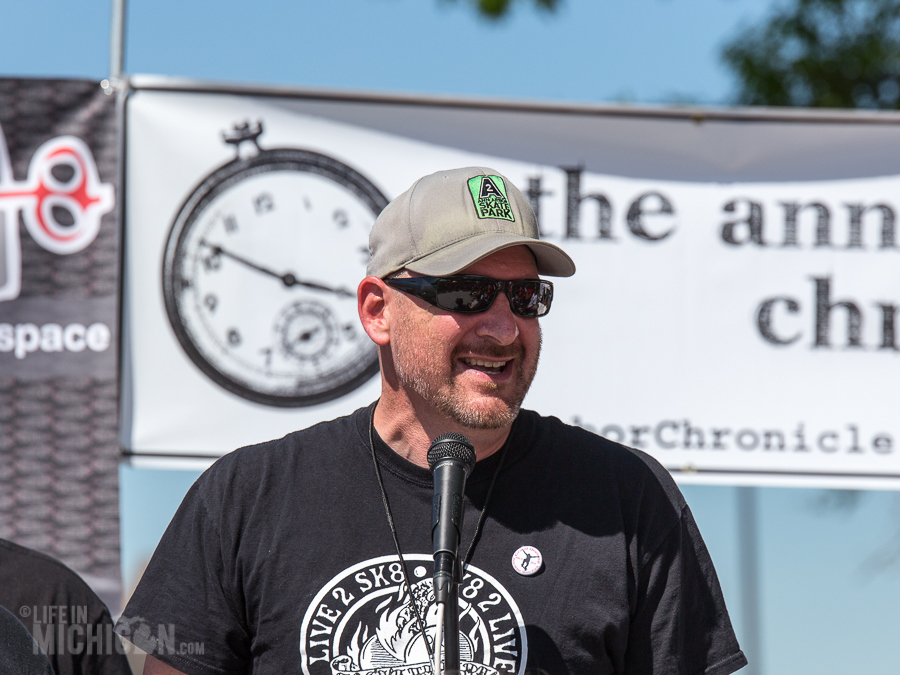 The ribbon cutting ceremony was nice in that it allowed a few of the folks who’d been a part of this dream park to share their stories and give thanks. The level of involvement in bringing this park to life is amazing and inspiring. From long hours put in by the Friends of the Ann Arbor Skate Park group; to the pavement pounding, bake sales, and other fund raising done by the kids on the street team; to the host of volunteers who made the opening ceremony run smooth; It was a real show of community spirit. 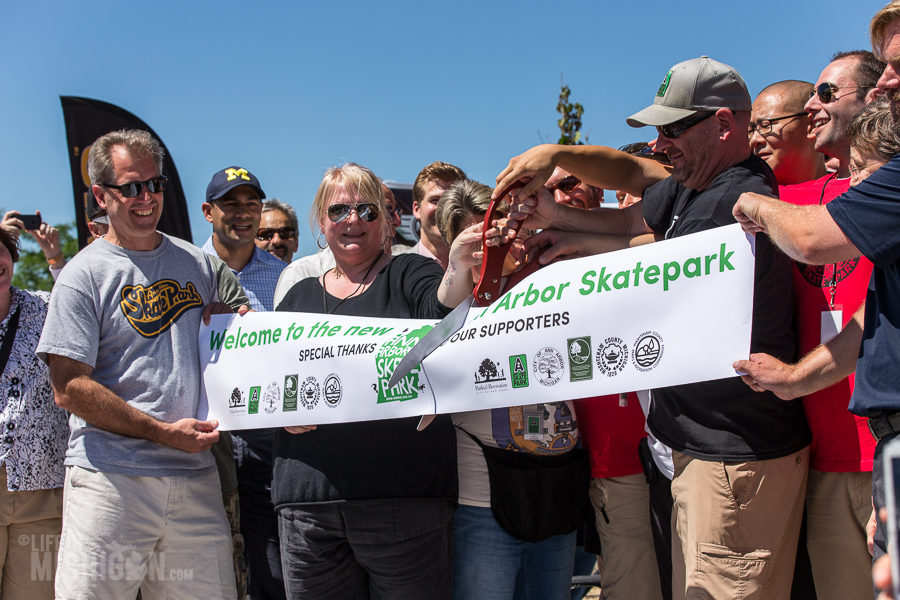 It was also rewarding to hear that community groups and government at each level could work together to make a dream come true. 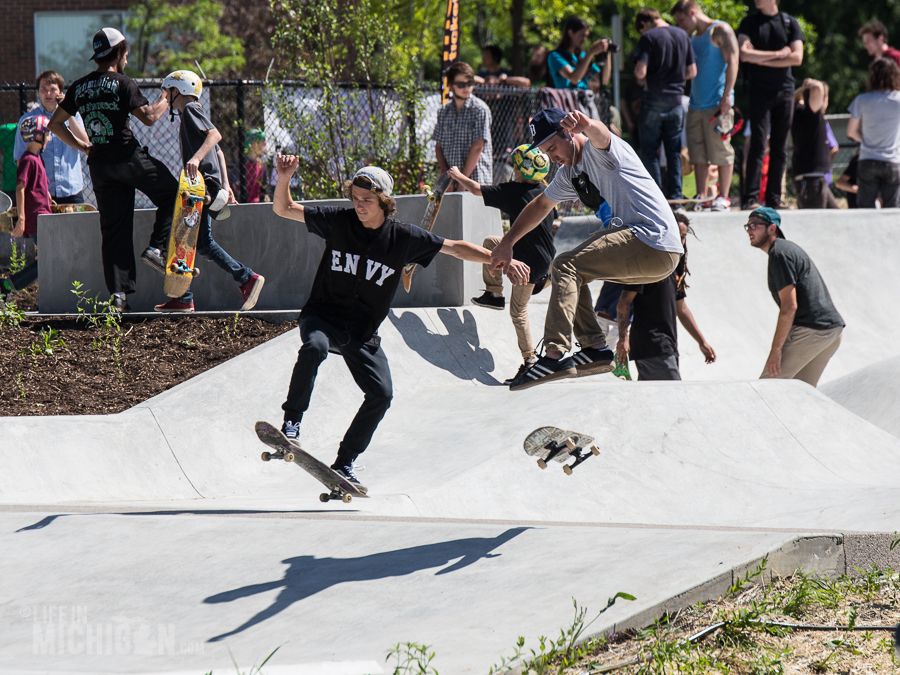 Let me start by saying, I don’t skate. I roller skated as a kid at a rink, but that was about it. I lived in Pinckney and we did more bike riding and extreme sledding  🙂 However, I can completely understand the allure of skating. It looks fun, physically challenging, and there seems to be a “live free or die” credo.   I definitely can relate to doing what you love, as best you can, no matter what anyone thinks of you or your passion. 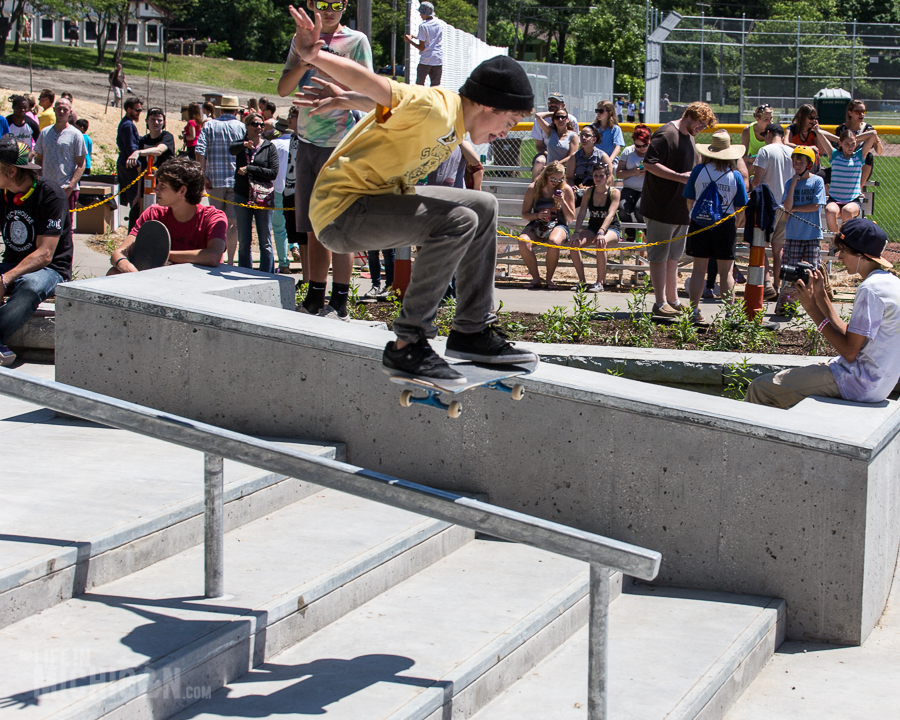 I was really impressed with the athleticism of everyone out there riding their boards. There is no doubt that you need good core strength and excellent coordination to fly like these guys! 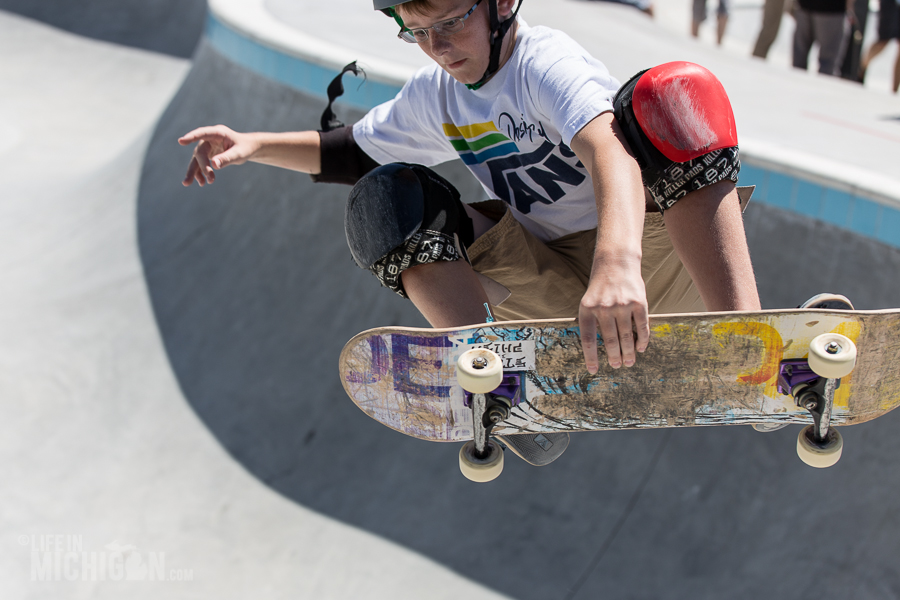 It was great to see that the park was pulling in skaters of all ages to join in the fun. 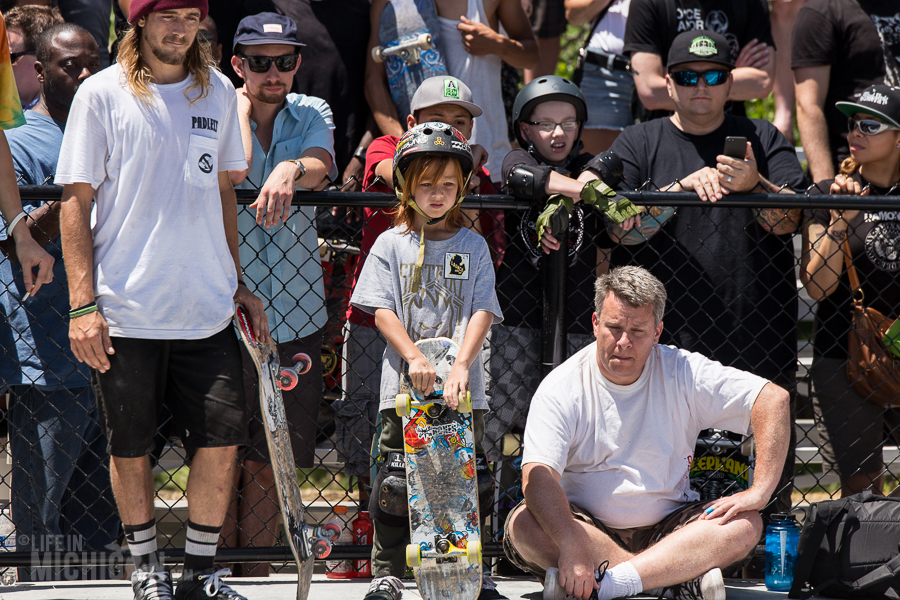 Not only was there a ton of great skating to be had at the park, there were great tunes!! DJ’s Jamie Register and Cataclysmic spun discs and as an added bonus, there was live music! 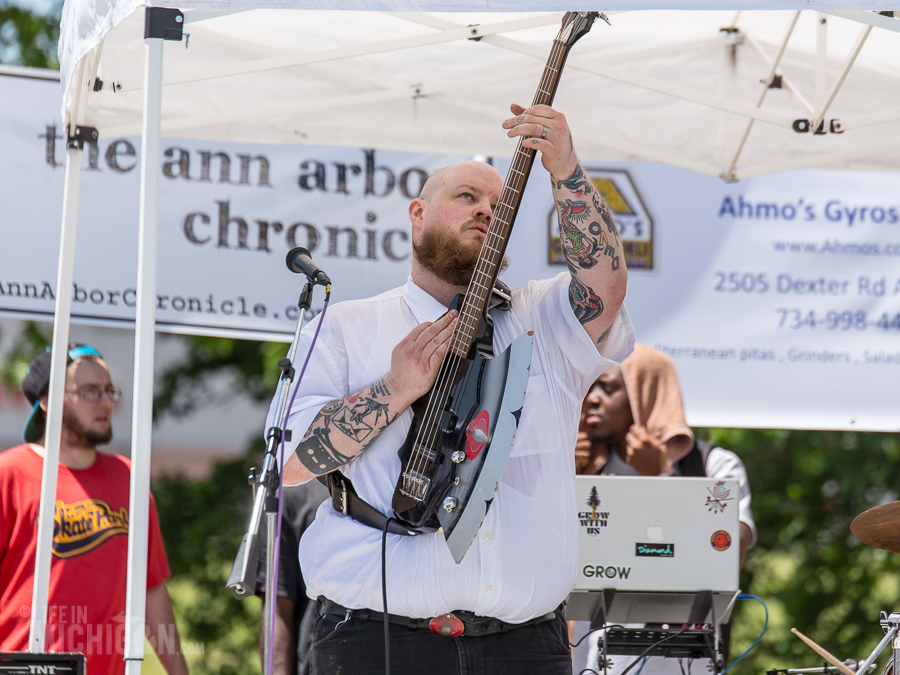 The wildly fascinating Scissors Now with their chaotic musical frenzy took the stage first. My first experience with this band was at Fuzzfest. They were great. It was kind of wild how their sound fit in quite well with the skating action going on in front of them. 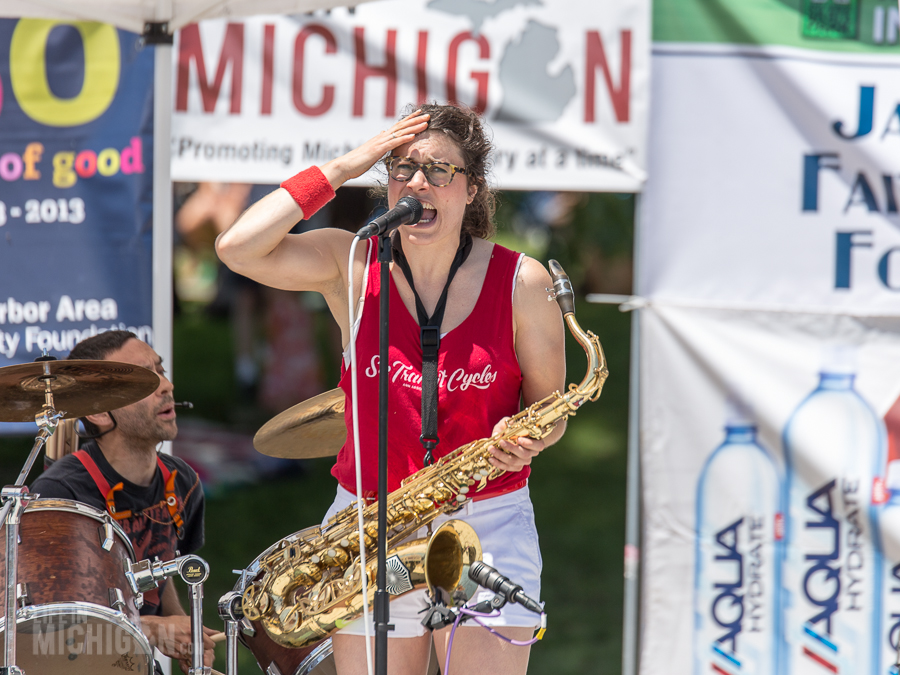 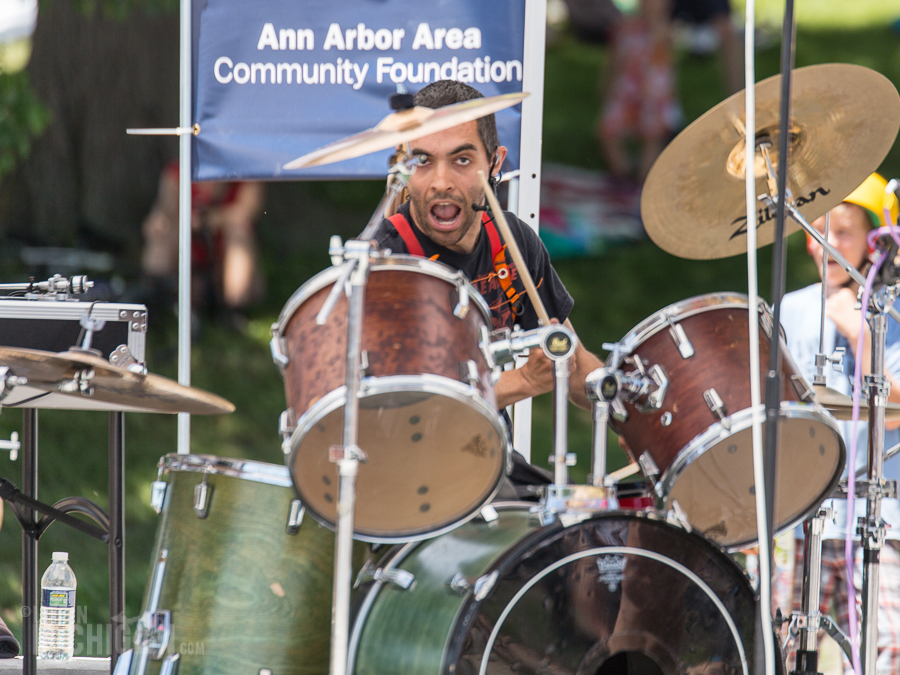 I’m running around, shooting pictures of the action going on all over (my God, so many skate boards!!) and smiling like crazy because this event is just too cool. I hear music that reminds me of Sublime (and maybe a bit like the Peppers) and I think “Oh shit! Hullabaloo is playing and I’m not there getting pics!!”  I raced over and in my haste I only got one shot of the band 🙁   My apologies guys! You sounded good though! 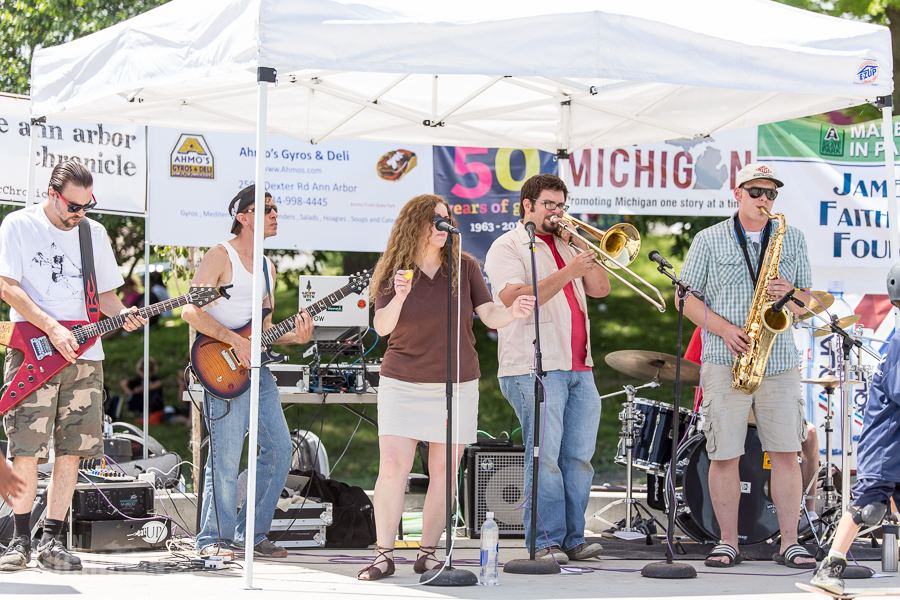 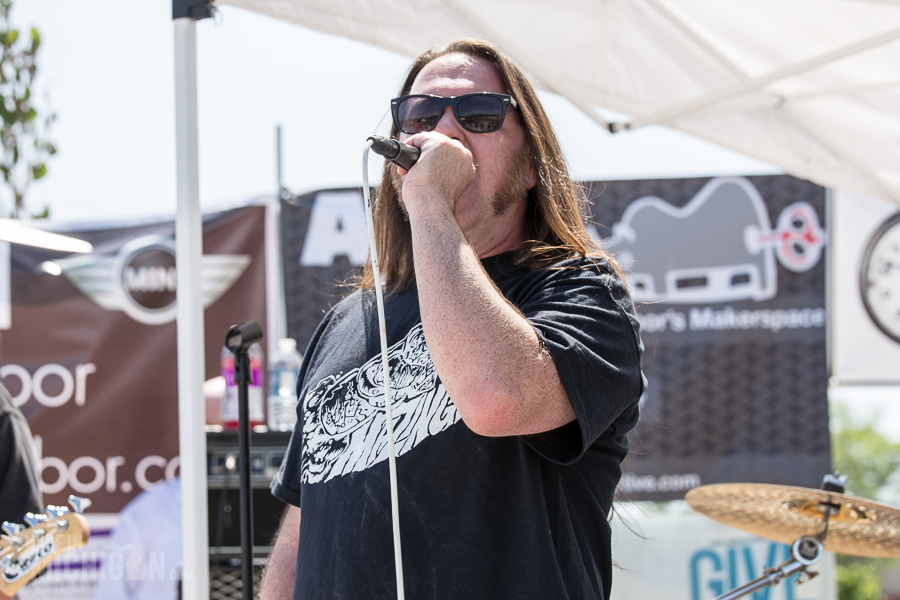 Confession time. While I love the Ann Arbor skate park, and the pro skaters are cool (Tony Hawk, Andy Macdonald, Alex Sorgente, Tony Magnusson, and Ron Allen), Mazinga was really who I was here to see 🙂 There I said it!! 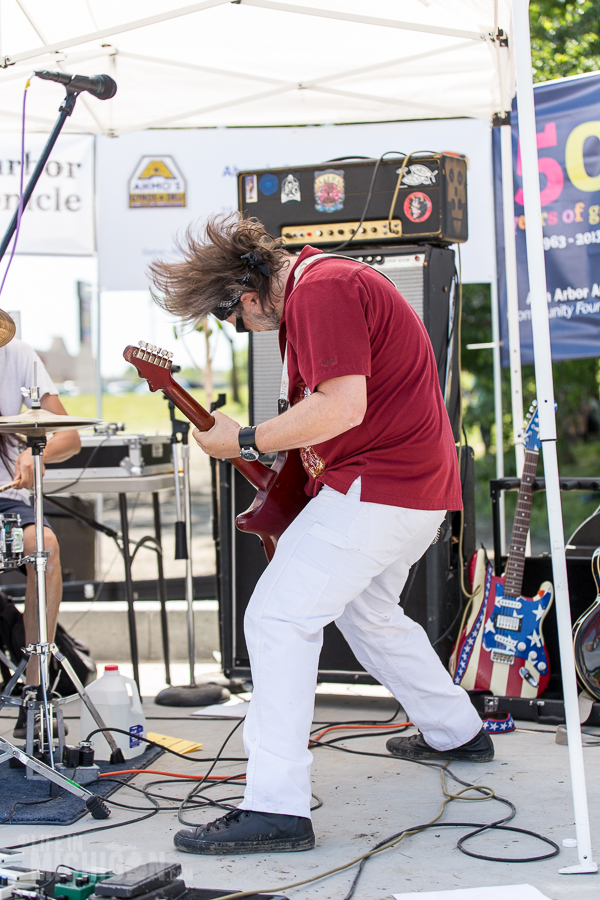 It’s been YEARS since I saw these guys live!   This was my second time seeing them. First time was at least 6 years ago in Ypsilanti opening up for Universal Temple of Devine Power (damn I miss that band!). They blew me away back then and they still kick major ass today! 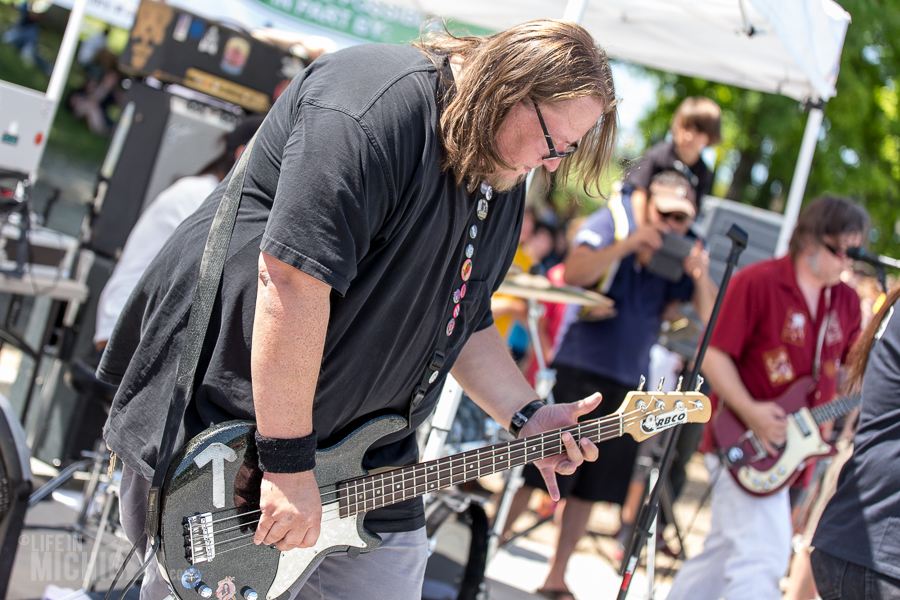 I’m hoping these guys keep doing shows. But if not, go see Chris Taylor’s other band, Blue Snaggletooth, as they kick ass as well!

So I heard Tony Hawk was here?? 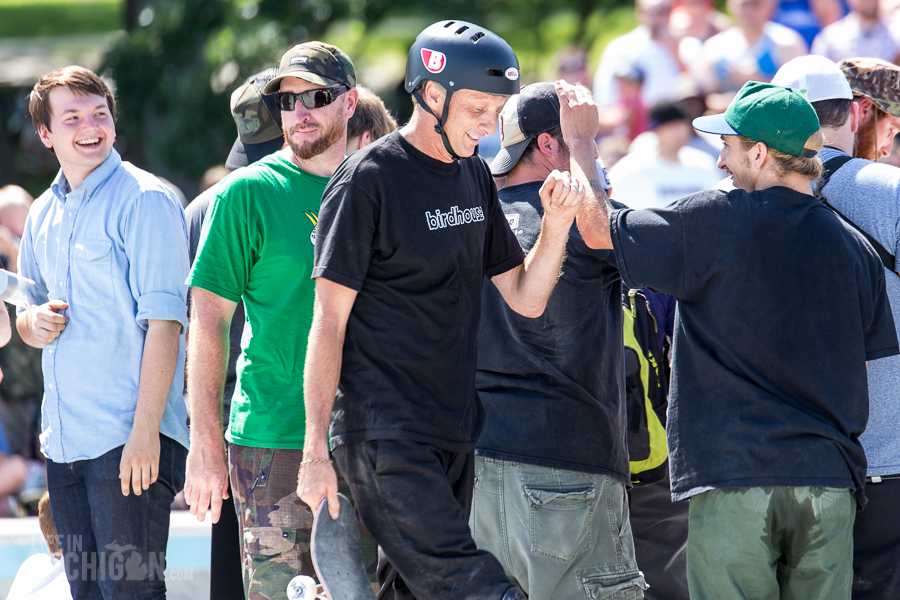 It was sort of cruel to schedule Mazinga right before Tony Hawk. By the time I got down to the bowl area, it was already packed and I didn’t want to be a weasely old photographer dude taking up space that a kid might dig. So I went over to the far side of the clover bowl and caught some other great skaters doing their thing. 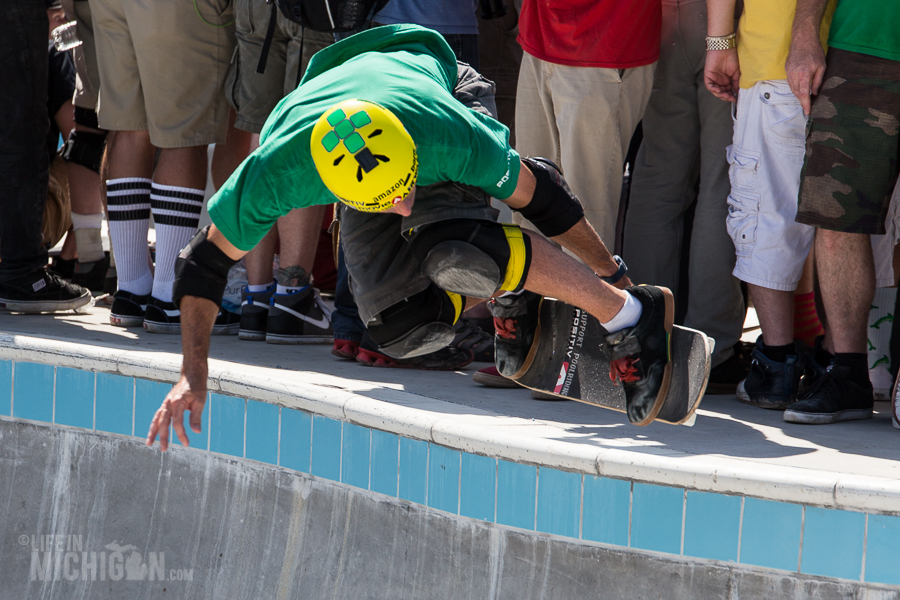 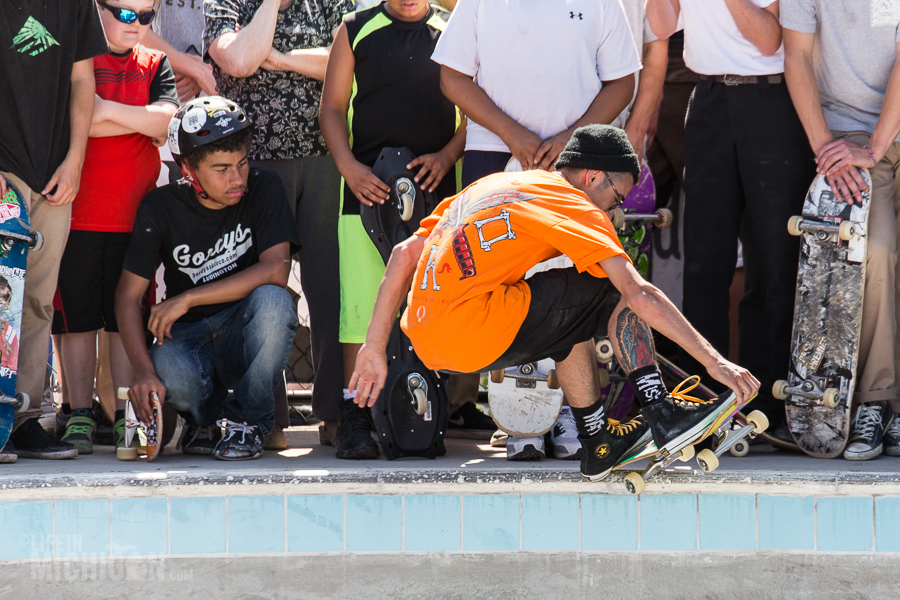 Found out that this guy here is Mark Davenport and he is spectacular to watch! 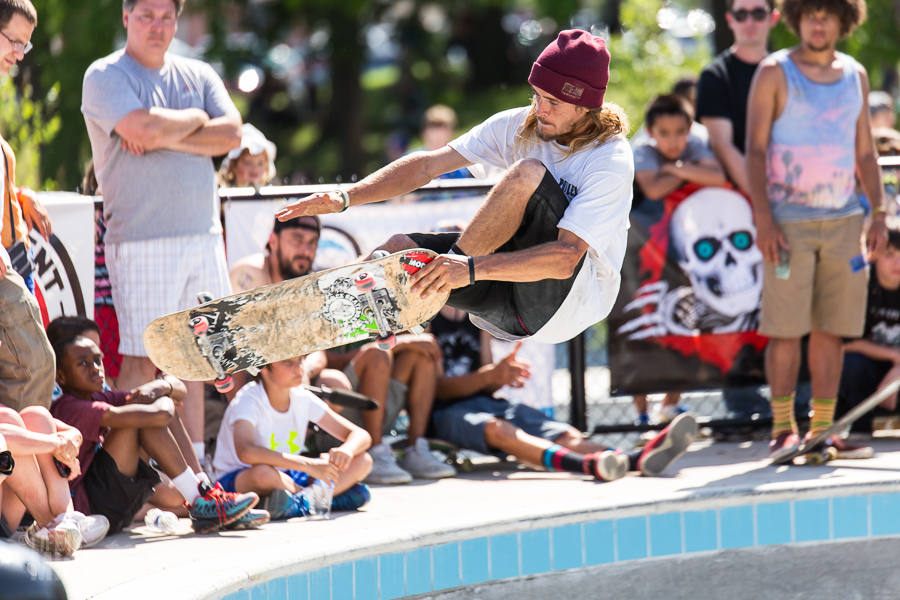 We thoroughly enjoyed our day at the Ann Arbor Skate Park. This park is a true gem not only for Ann Arbor, but also for Michigan. I heard someone say it may be the biggest park in the MidWest! Any way you slice it, it’s a fantastic addition to our hometown! Life In Michigan was more than happy to contribute to the ongoing maintenance fund. If you would like to pitch in, please stop by the Friends of Ann Arbor Skate Park site.   Also, don’ t forget to stop by the gallery to see a bunch more pics (including some of the cool vendors who were also contributors!).

If you enjoyed the post, please share it with your friends. We’d really love it if you’d like our Facebook page too. You can always get our posts delivered to your email box by subscribing to our newsletter. We love social media so we are on Pinterest, Tumblr and Instagram. Leave a comment and let us know what you thought of the article or what to share your thoughts on the park. Cheers!