The Old German bar and ‘bierkeller‘ recently opened its doors again after closing them in 1995 when the owner, Bud (Robert) Metzger, retired. Ann Arbor’s original Old German first opened in 1928. It was one my favorite restaurants from my youth. I celebrated many important milestones in it. I always looked forward to ordering the spatzle. Loving good German food is something I inherited from my Dad. 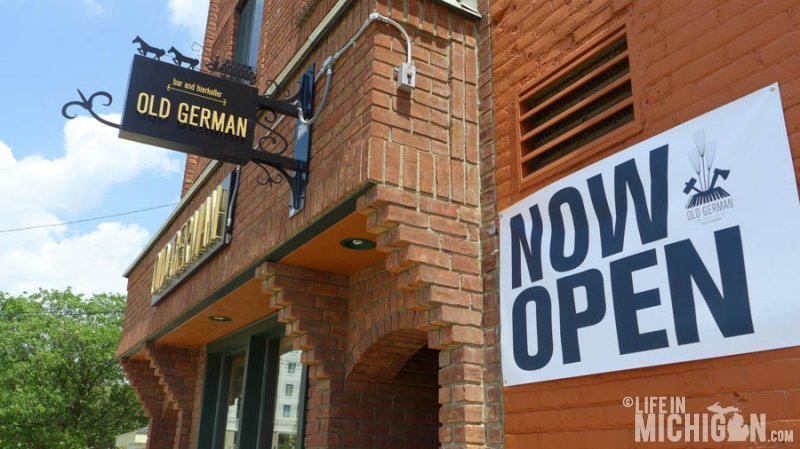 Chuck was pretty sure he was channeling my relatives when we made our inaugural visit to the new “Old German bar and bierkeller.” I didn’t feel any of my German relatives trying to make a connection during our visit to the Old German, but I often sense them when I’m walking down Traver Rd. My 3rd Great Grandfather was one of the original Ann Arbor settlers who arrived around 1830 from Germany. I’ve said my hellos to a few of my “Luick” relatives in the Lima Center and Bethlehem Cemeteries in Ann Arbor.  My son Isaac looks a lot like a Luick, it fact the similarity  is a little creepy.

The Old German is now located below Grizzly Peak on Ashley. I had a rush memories when I first entered, not of eating at the Old German when I was a teenager but of hanging out in my parents’ basement– lots of wood and German artifacts. You immediately feel comfortable. Chuck said, “This is going to be a great space to hang out with friends and watch football.” 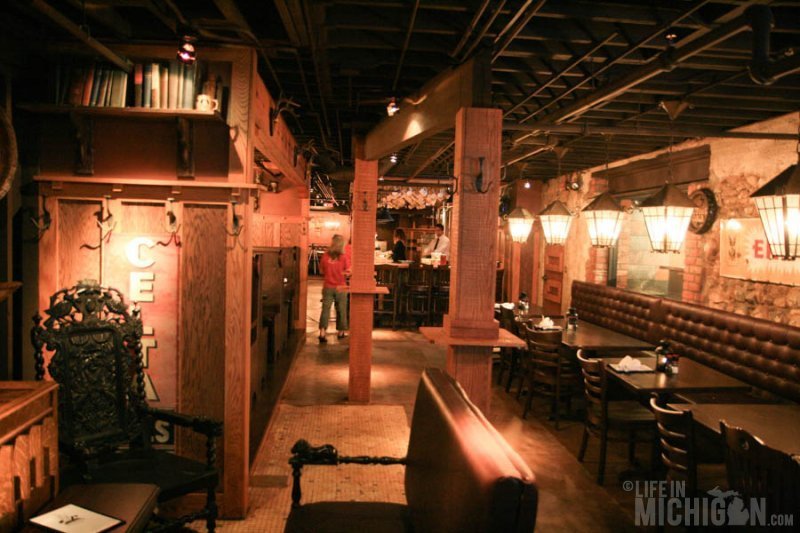 What is on Tap?

They have two rotating German style beers on tap plus a few of Grizzly Peak’s beers. 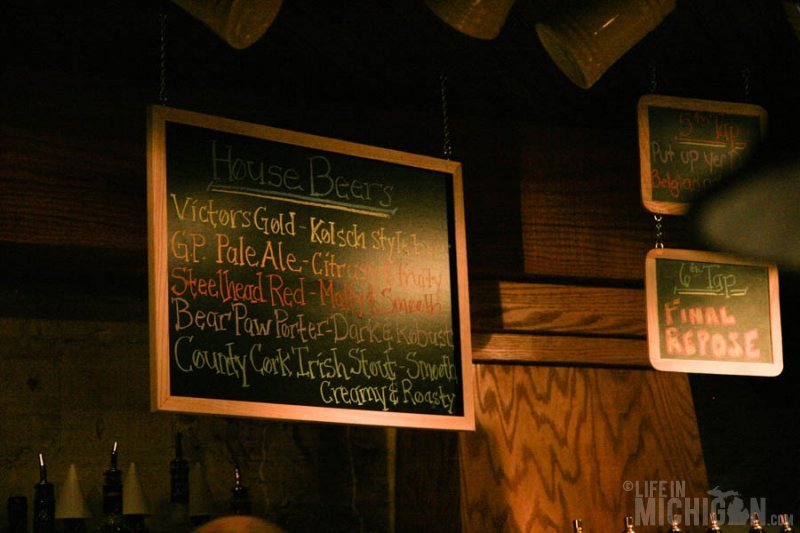 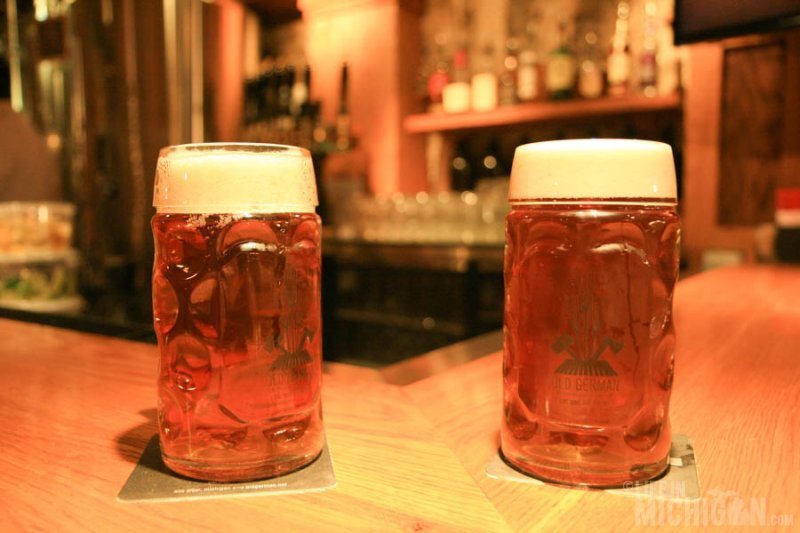 The German beers or “kellerbiers” is poured from the conditioning tanks, which you can see behind the bar. So what the heck is kellerbier? Well hang-on, according Wikipedia it literally translates as “cellar beer” and the recipe likely dates to the Middle Ages. And as long as we are translating German words, bierkeller is a public house decorated in German style, selling German beers. 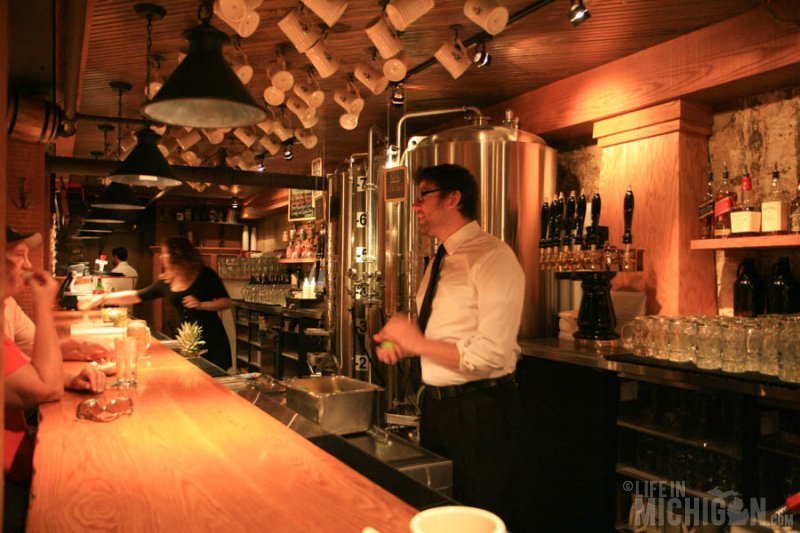 Don’t expect the same menu from the old-Old German. We ordered the baked soft pretzels with spicy mustard and were not disappointed. I toyed with the idea of ordering the Kale Salad. There was a Hasenpfeffer Sandwich that I didn’t even consider. Yes there were a few bratwurst options and the German Potato Pancakes but no spatzle. There is a popcorn machine by the door. We helped ourselves to some while we enjoyed our beer and waited for the pretzels.

It is more “bar” then “restaurant” that is not to say the food wasn’t great. The ambiance said have a beer and stay awhile.

I’m positive that mother wasn’t a fan of the German decor in my parent’s basement. Their basement walls were decorated with relics from father’s family. Thank goodness he didn’t own a stuffed bear! As I’m sure it would have been proudly displayed! Does anyone know the story on the stuffed bear at the Old German? 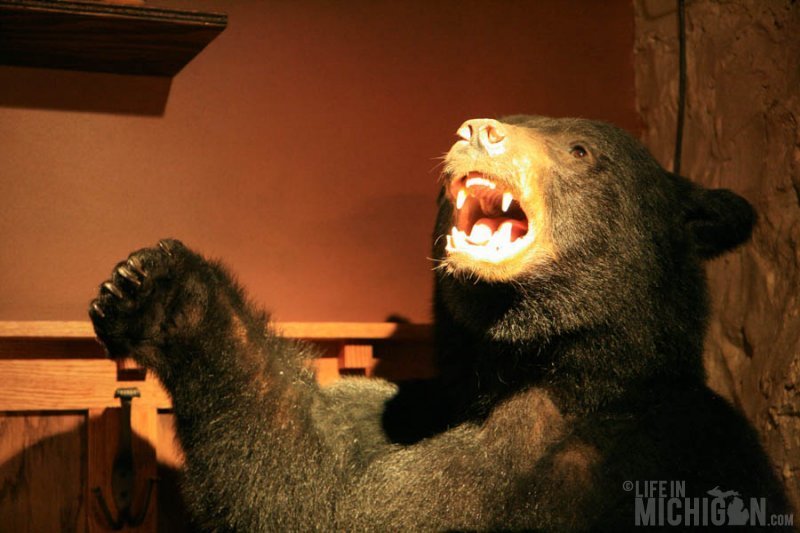 Or a Gold Bird, whew. I have my parents kitchen table and it looks exactly like the round tables in the Old German. 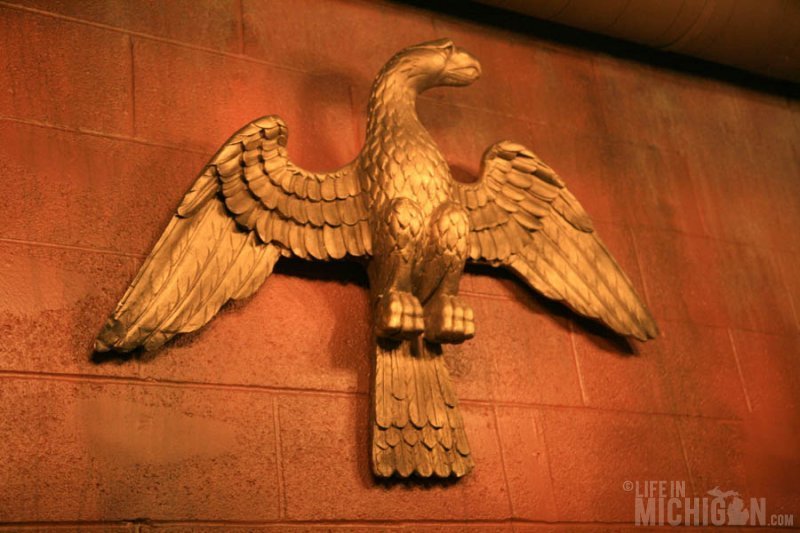 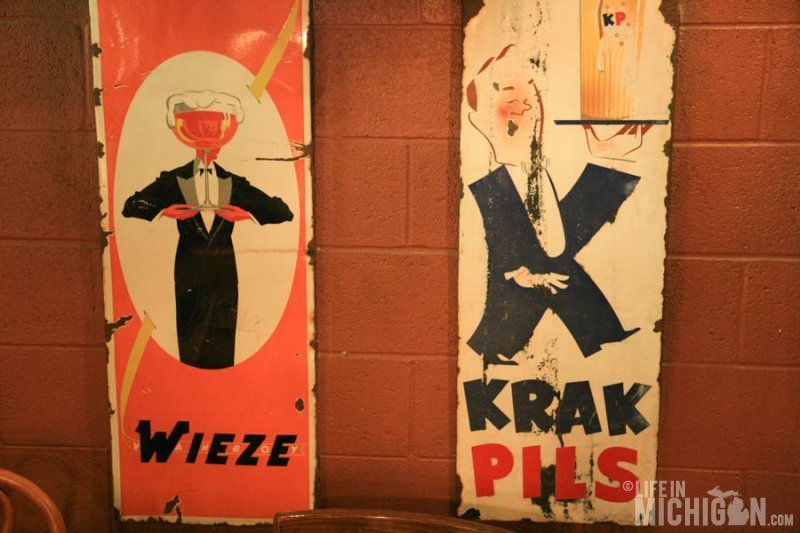 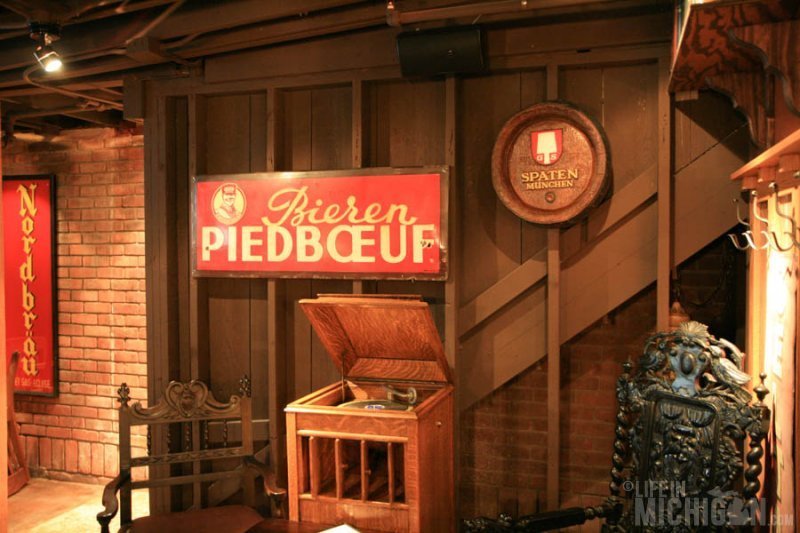 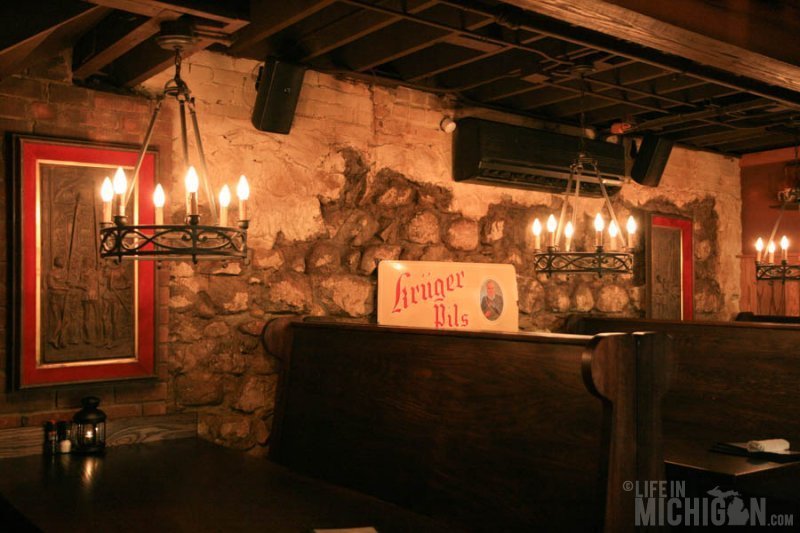