The Backyard Beer Garden at Palmer Commons in Chelsea is back with giant games, tasty eats, and Michigan beer. 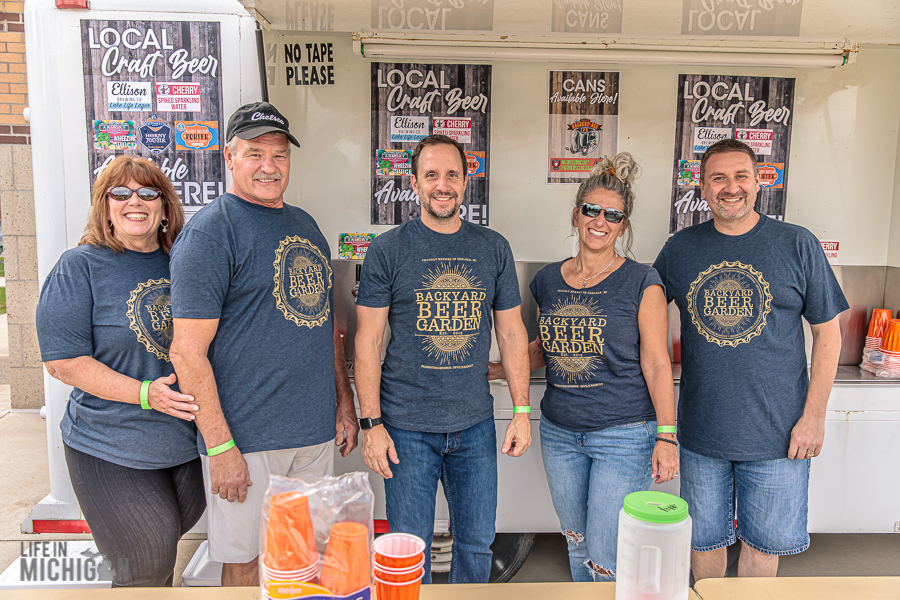 We had a ball at the Backyard Beer Garden back in 2019. When Terris Ahrens (Chelsea area super fan and director of the Chelsea Area Chamber of Commerce) shared that the Backyard Beer Garden would be back this year, we of course made sure to clear our calendar. This year’s event is sponsored by the Devil’s Haircut and The Crazy Diamond. Am I the only one that hears “Shine On You Crazy Diamond” right now?

Going to the Backyard Beer Garden in Chelsea reminds me of so many spring, summer, and fall parties in the backyard. As a kid, I can remember running around like a loon while my mom and dad hung out with friends Larry and Sue at their house. I’m pretty sure more than a few PBRs were enjoyed on those days. When I was out on my own, enjoying a few beers while playing frisbee or horseshoes made for lots of laughs and good times.

The sunny fall day gave this year’s Backyard Beer garden a hint of a tailgate party. We arrived just as the gates were opening. With our beverage tickets in hand, we headed straight for the beer. 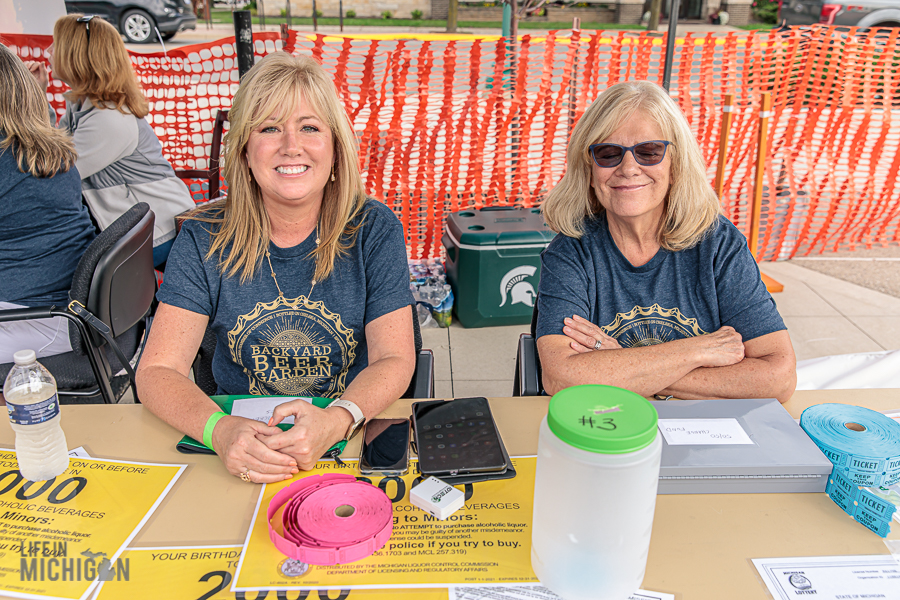 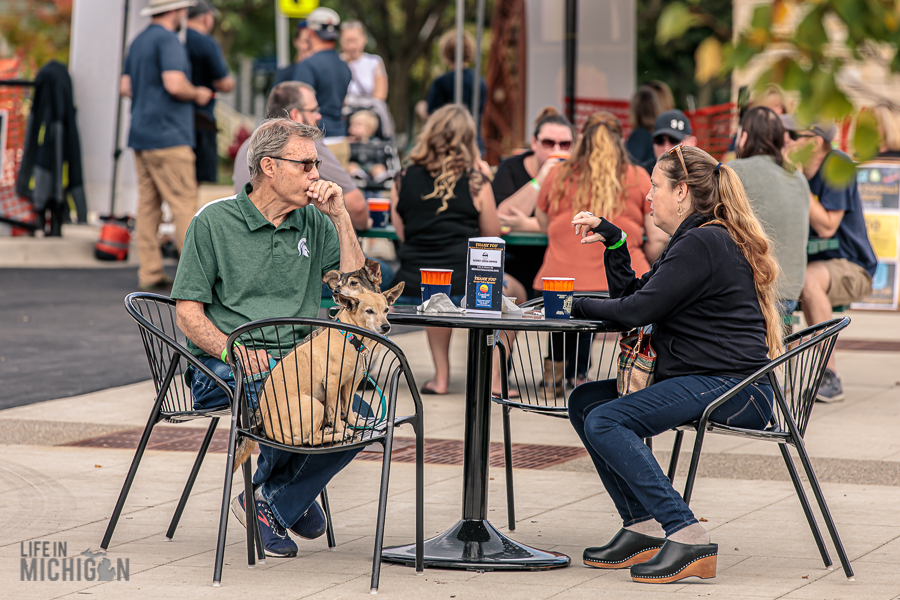 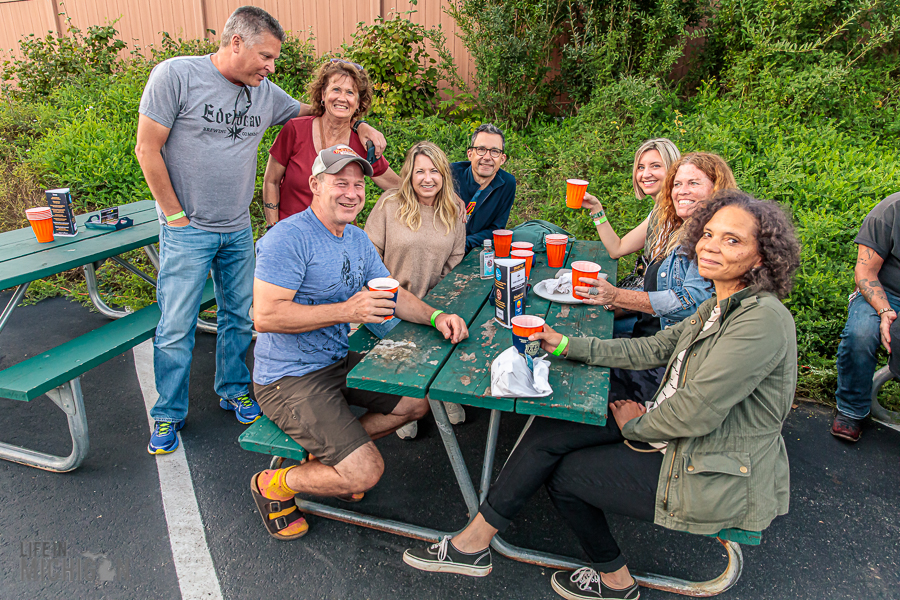 Before getting into a game of cornhole or ring toss or cards, you’ve got to hydrate. My preferred choice is a fine Michigan beer. One reason I love the Backyard Beer Garden is that they only serve up Michigan beers. The selection on tap this year ruled. With a variety of styles from Ellison Brewing Co Lake Life Lager to the super delicious Saugatuck Brewing Peanut Butter Porter, there was something for everyone. Feeling like an IPA, I got a can of Norm’s Raggedy Ass from Griffin Claw.

Brenda tried the Atwater Cherry Spike Sparkling water which wasn’t too bad. The Crazy Diamond folks had a tent set up near the food with margaritas flowing. For the mixed drink fans, Ugly Dog cooked up a decadent Fall inspired whiskey cocktail. 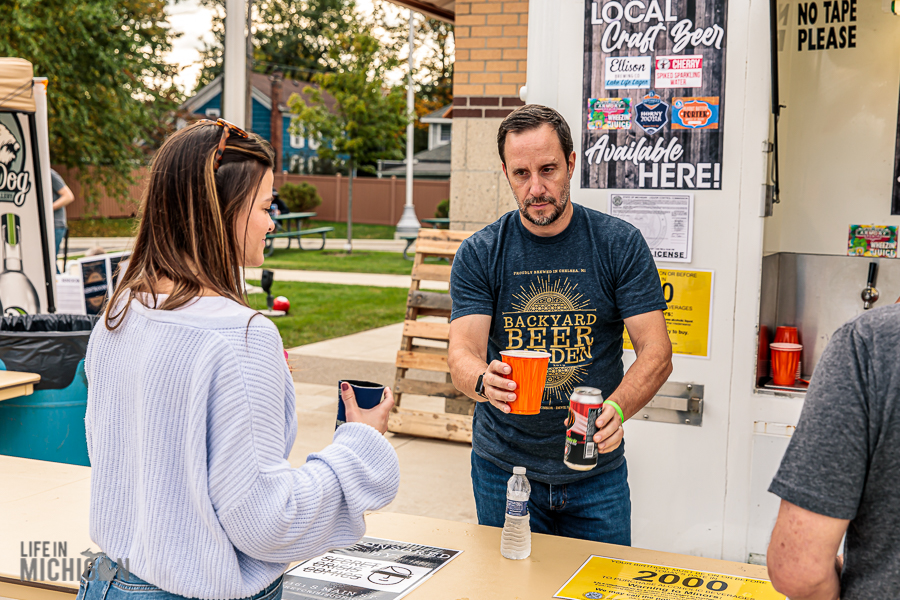 We skipped lunch and were starving when we arrived. The food options at the Backyard Beer Garden were stupid good. Thompson’s had their fantastic pizzas ready and waiting. Smokehouse 52 BBQ had their truck on-site to serve up with their delicious grub. As if that wasn’t enough, The Lakehouse Bakery had an amazing table of treats.

Tough choices had to be made. We ultimately went with the Totchos and a Piggy Parfait from Smokehouse 52 BBQ. Both of these were superb. The Totchos (tater tots, pulled pork, pit beans, cheese, and jalapenos) were particularly awesome with a Grand Armory Wheezin the Juice IPA. 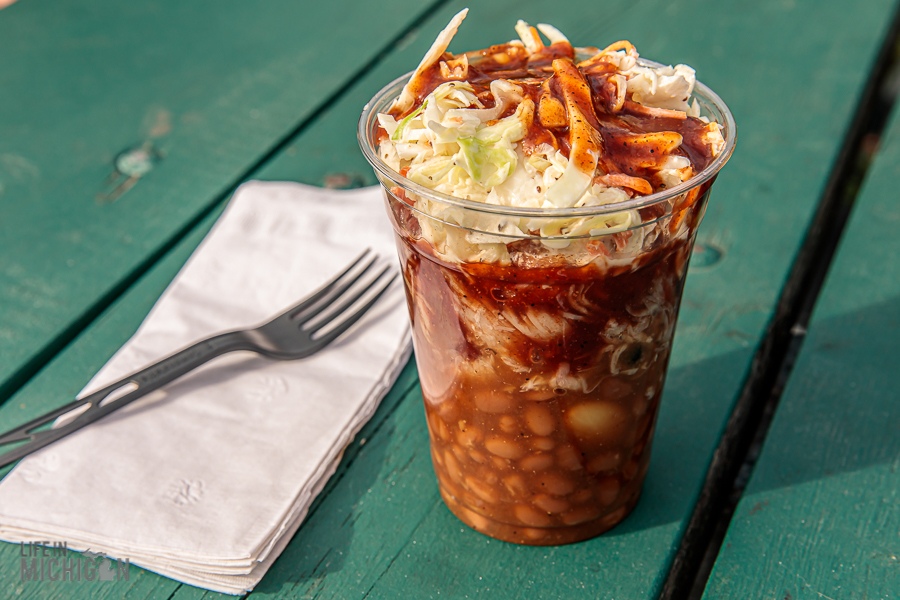 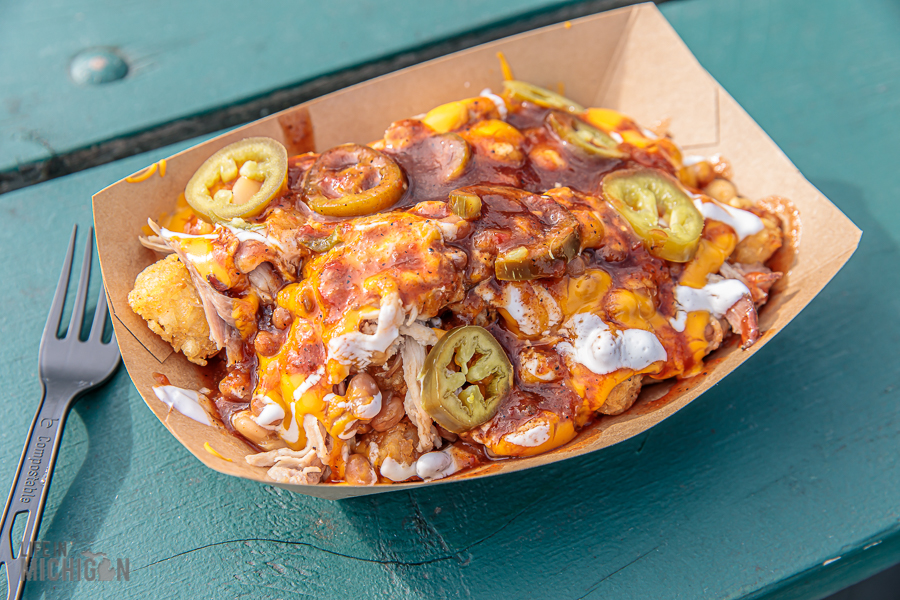 A highlight of the Backyard Beer Garden is the games. Not just any games mind you. We are talking GIANT games. Heavy hitters like Giant Jenga, Giant beer pong, and Giant Kerplunk. They even had a Giant Yahtzee. I’m not really sure why you would want your Yahtzee super-sized. But hey, maybe I’m missing out on something cool. 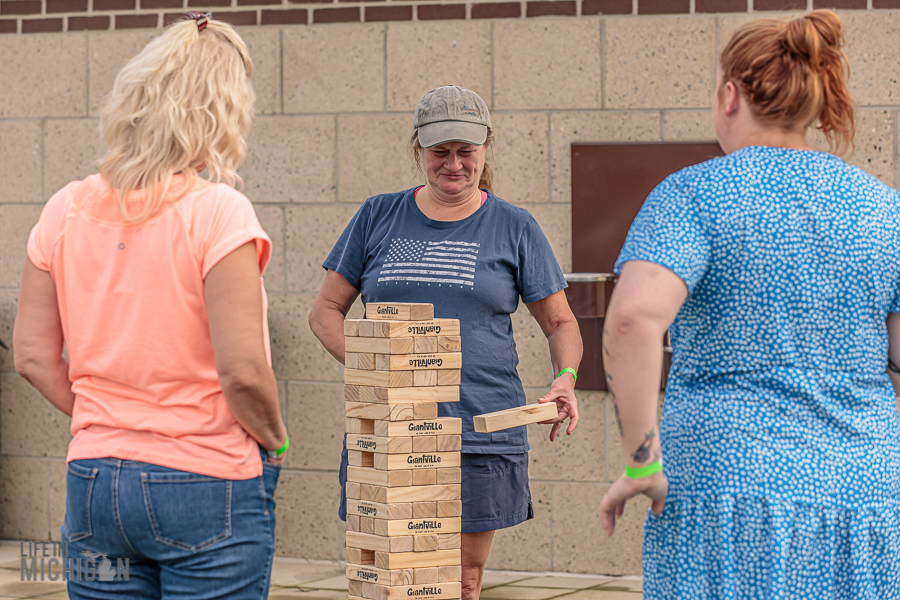 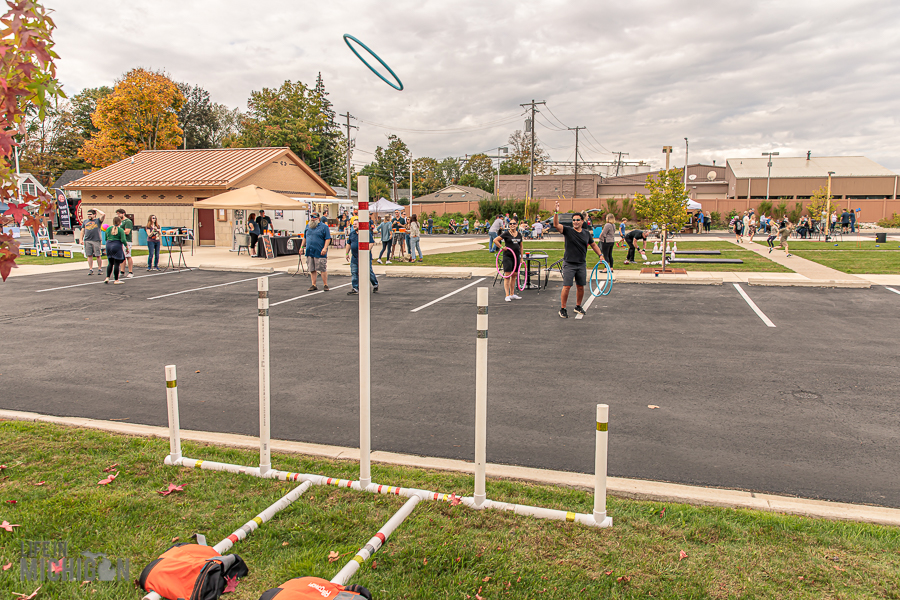 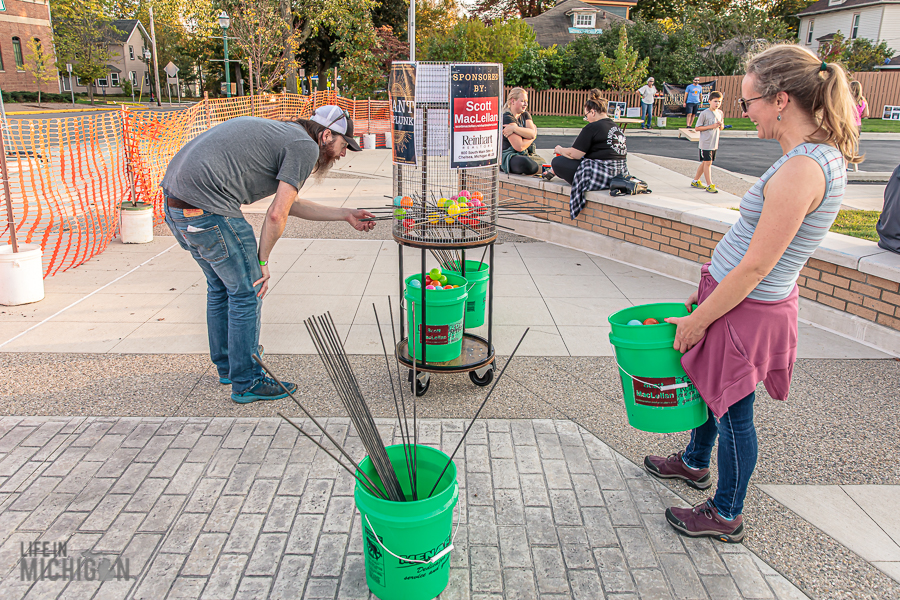 Instead of a full-on cornhole tournament, this year’s Backyard Beer Garden was more casual. A few boards were set up for a quick pickup game. In addition to the cornhole and the giant games, there was fowling (bowling with footballs) and some sort of target practice with frisbees, and washer toss. A nice addition for this year was playing cards on the tables. Now there would be no excuse not to fire up a game of euchre. 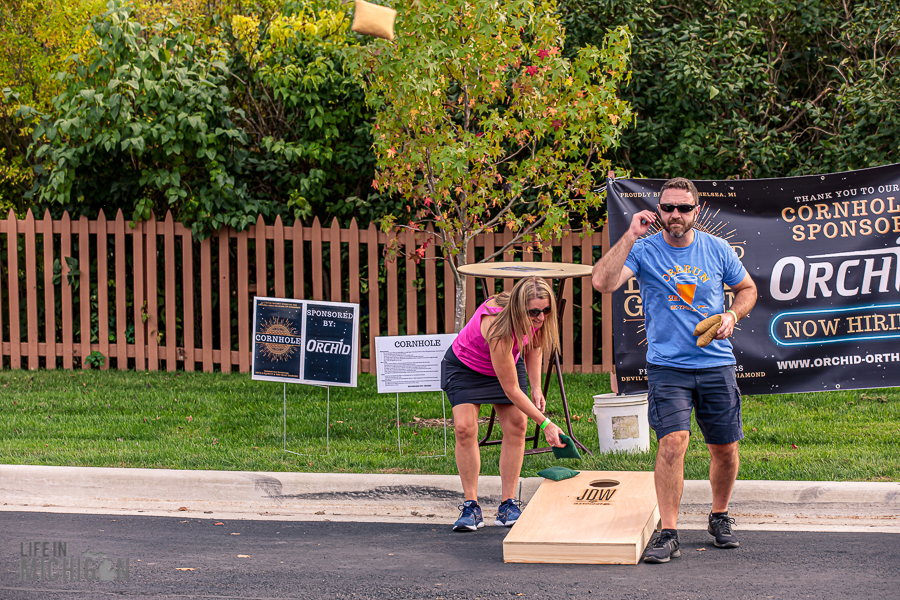 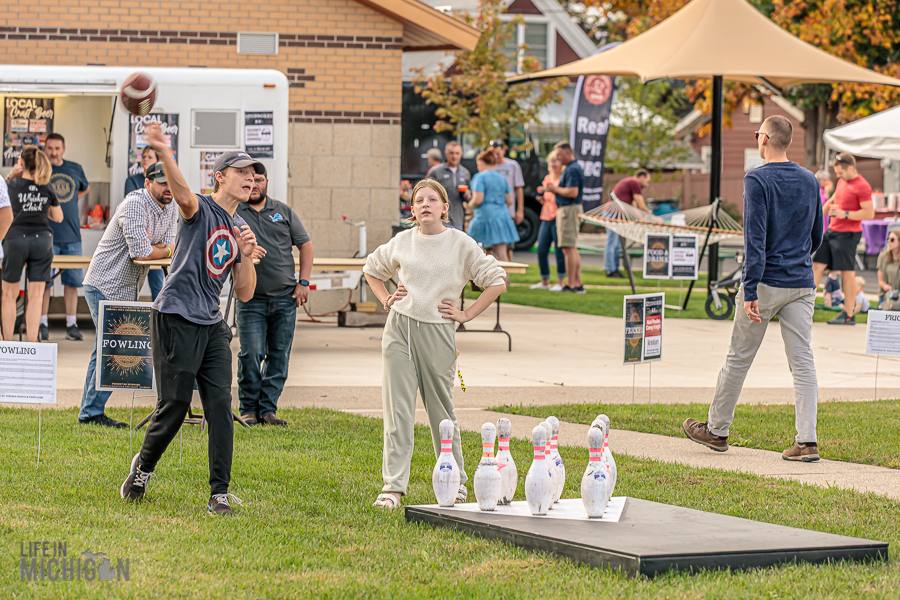 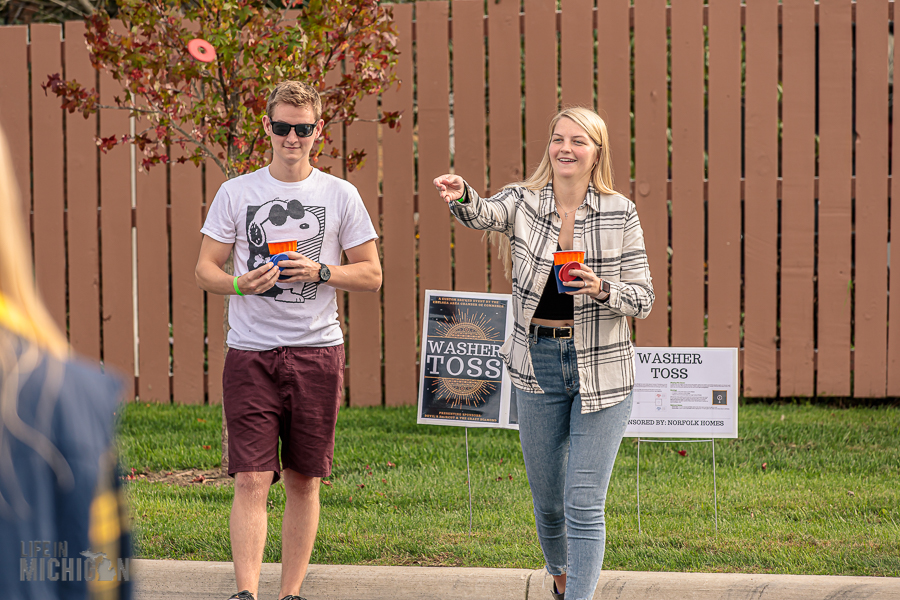 The Backyard Beer Garden at Palmer Commons in Chelsea was a great way to spend a Saturday afternoon and evening. The crew of Chelsea Area Chamber of Commerce staff and volunteers did a stellar job putting on this event. Check out the gallery for a few more pictures. If you attended, leave us a comment. We’d love to hear your story. 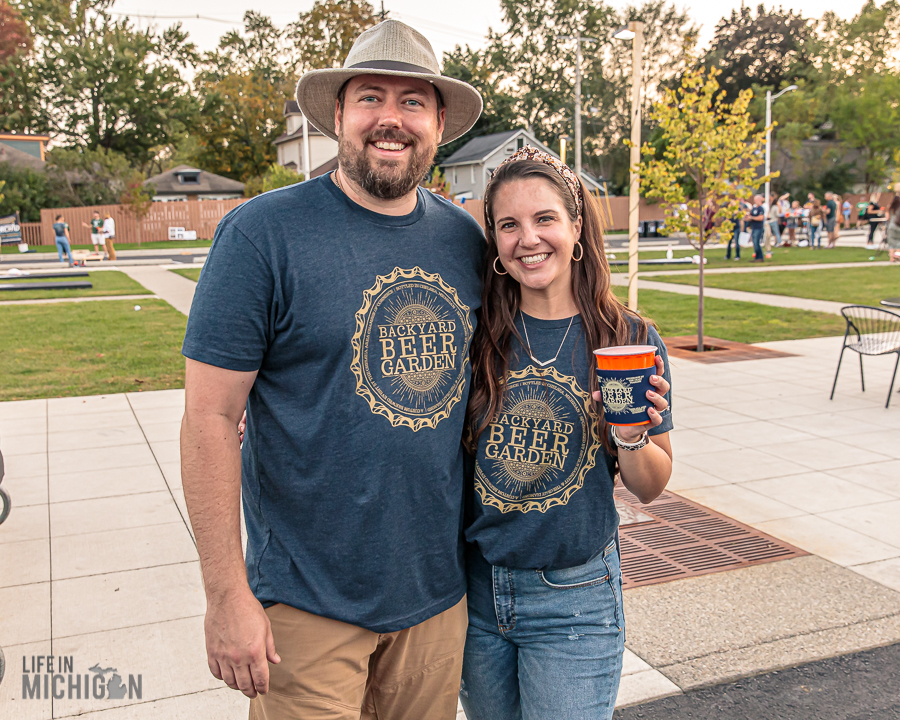