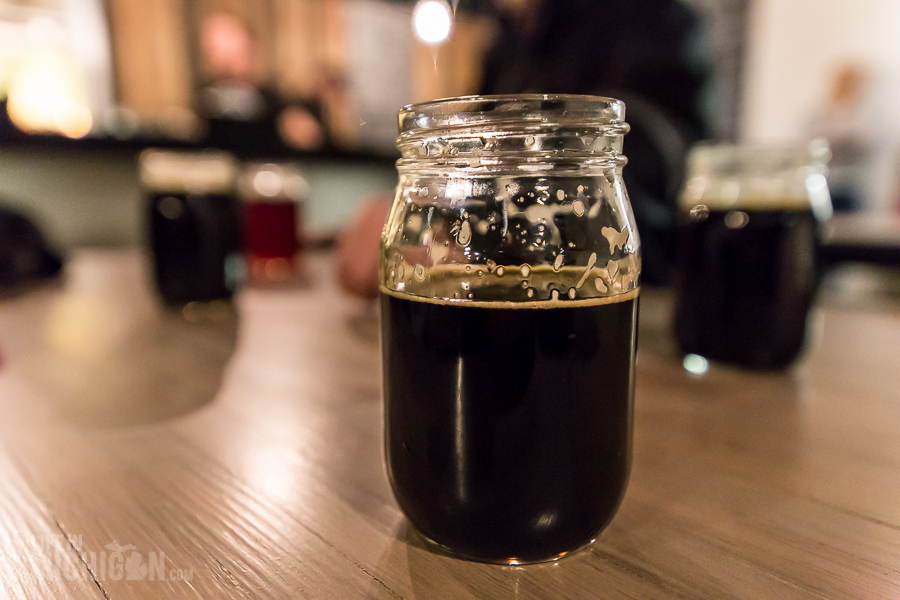 Batch Brewing located at 1400 Porter Street in the Corktown district of Detroit, is the first nano brewery in the area. You may be wondering, what is a nano brewery? Well, turns out that it is not really an official designation. From what I’ve been able to determine, a nano brewery is a brewery that makes less than 5 barrels of beer at a time. In effect, it’s a neighborhood brewery that cranks out small batches of beers for folks to enjoy. A place where you can get to know the brewer and the beer they make. 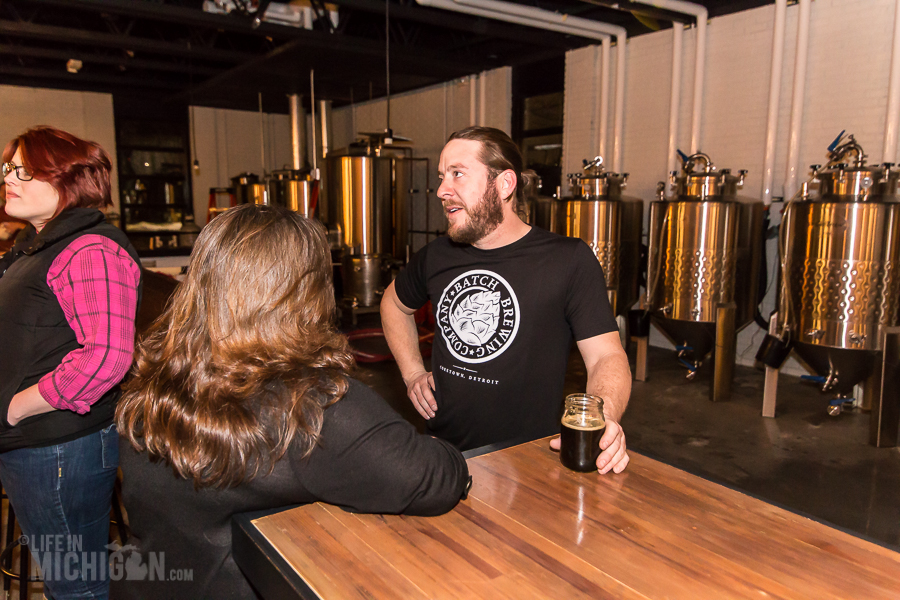 After a successful crowd funding program and winning a Hatch Detroit award, Batch Brewing has spent the past 11 months getting their new place ready for us all to enjoy. Life In Michigan was one of the crowd funders, so we got an invite to a soft opening last weekend. The place looks great with rows of communal tables and seats up at the bar. They also have a kitchen and will serve food to go along with the tasty beers. 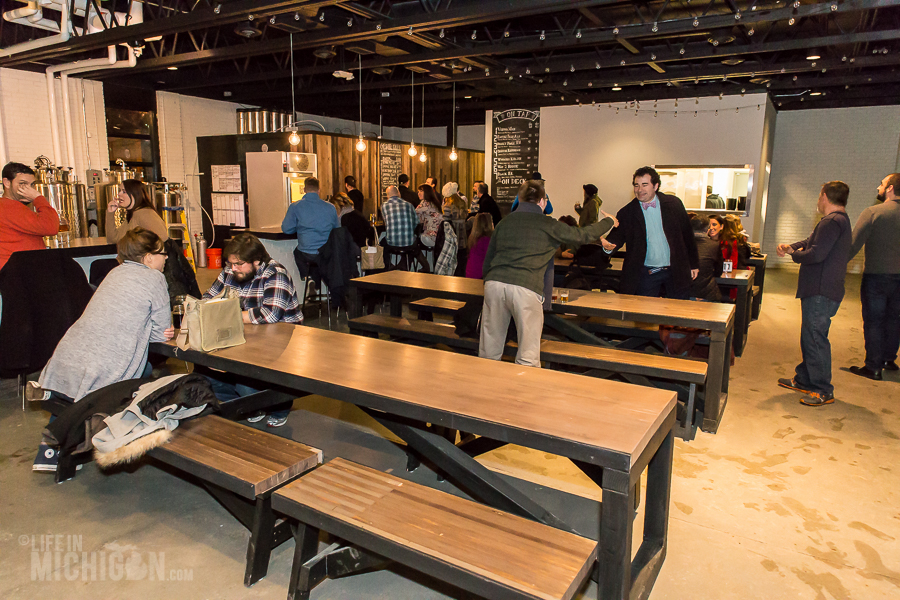 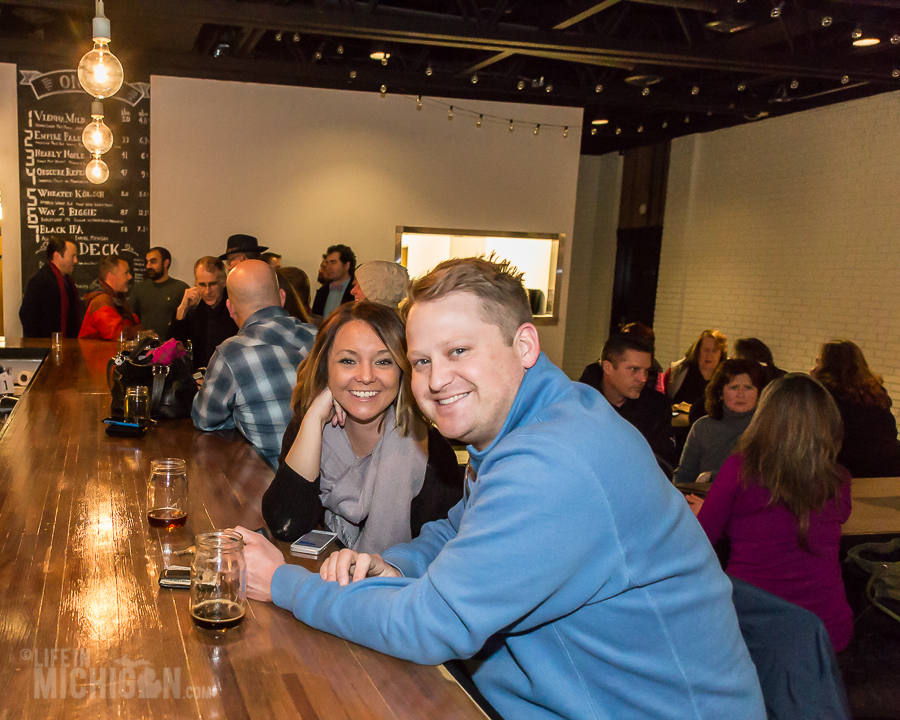 While the space is cool and the location in Corktown is great (they are just down the street from Mudgies Deli), what makes Batch Brewing is the beer. We tried the Black IPA, Way 2 Biggie barley wine, Imperial Stout, and Empire Pale Ale. Each beer had a great full body bursting with flavor. They are absolutely delicious beers. The Way 2 Biggie was a really heavy hitter, so mind your P’s and Q’s with that bad boy. It’s sweet as you’d expect, but with a great hop character. My favorite was the Imperial Stout with all its dark roasted goodness. 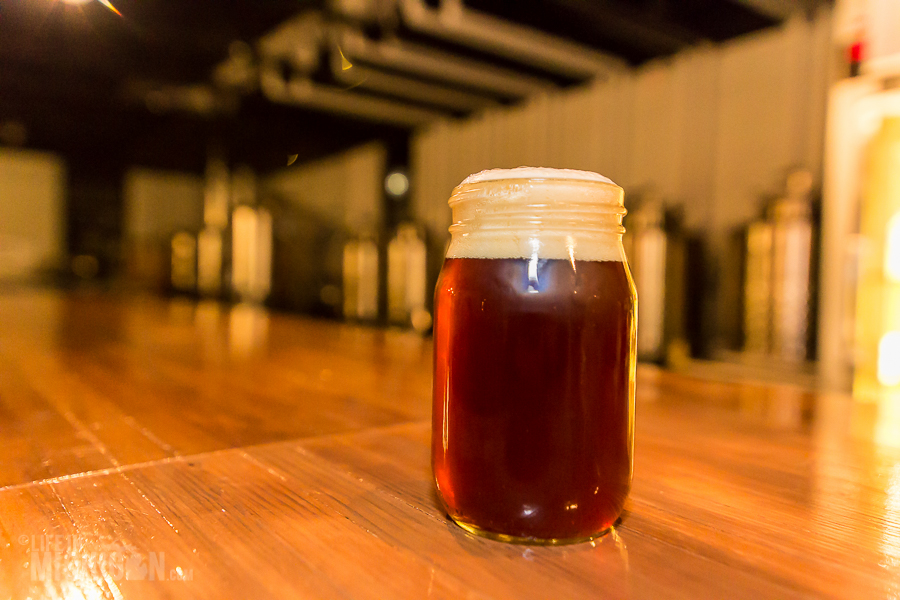 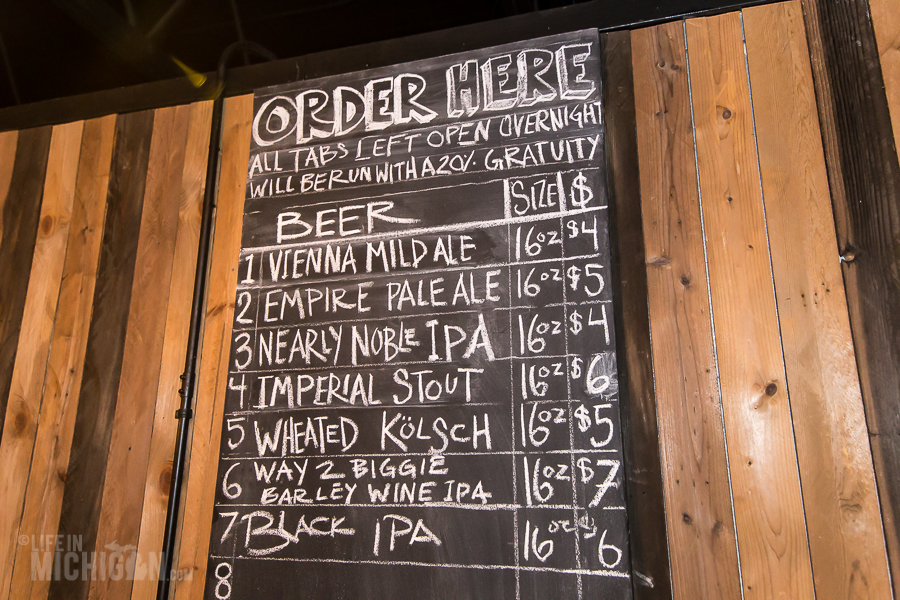 Put Batch Brewing at the top of your beer adventure destinations. They are having their grand opening on Thursday, Feb 12, 2015, so stop by and enjoy their great beers. If you go, leave us a comment and let us know what you thought. You can keep in touch with us by signing up for our email or you can find us on Facebook, Twitter and Tumblr. You can also see more pictures in the gallery. Cheers!