Snowshoe Fun at the Bigfoot Boogie 2013

Who knew running in snowshoes could be so fun and so damn hard!?!

We journeyed up to Traverse City, Michigan on 1/18/2013 for Running Fit’s Bigfoot Boogie snowshoe race.  The snow conditions were non-existant when we left Ann Arbor on Friday afternoon, which had us wondering if we’d be getting any use out of our snowshoes.  Honestly, it really wouldn’t matter as we knew we would have a good time with or without the snow.

Thankfully, there were a few inches of snow once we arrived at the Park Place Hotel in downtown Traverse.  With check-in completed at the hotel, we walked over to Running Fit to pick up our bibs, t-shirts, and other goodies.  After being cooped up in the car for 4 hours, a beer sounded good and  7 Monks Taproom filled that need nicely.   A couple of nice grouper sandwichs at Mackinaw Brewing Company filled our bellies, so we sauntered back to the hotel for the evening.

At this point you may be thinking…”HEY! Wait a minute!  Aren’t you vegan????”  Well, yes, but sometimes finding vegetarian options can be a challenge.  As the saying goes…when in Rome.

Brenda was up early to get some coffee on board and see what was happening in the world. 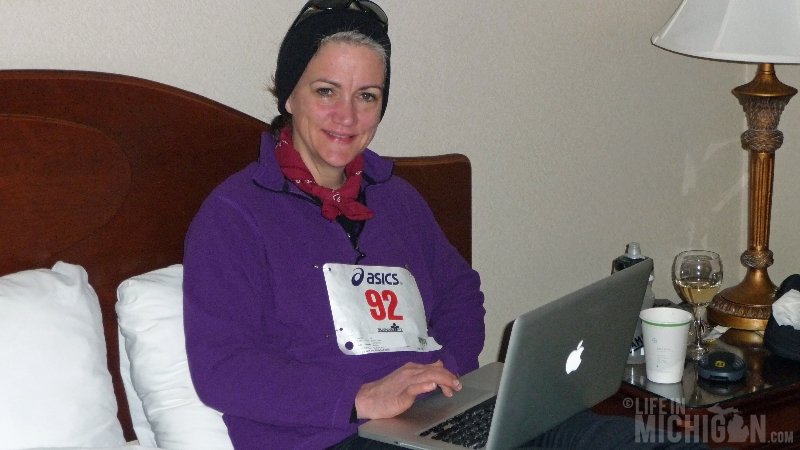 The race takes place at Timber Ridge Resort, which is just a few miles outside of Traverse City.  The temperature was in the low 30’s when we arrived at Timber Ridge, and I was wondering if we should even get the snowshoes out of the car.  There just didn’t seem to be that much snow.  However, when we found the race start everyone was busy getting their snowshoes on. 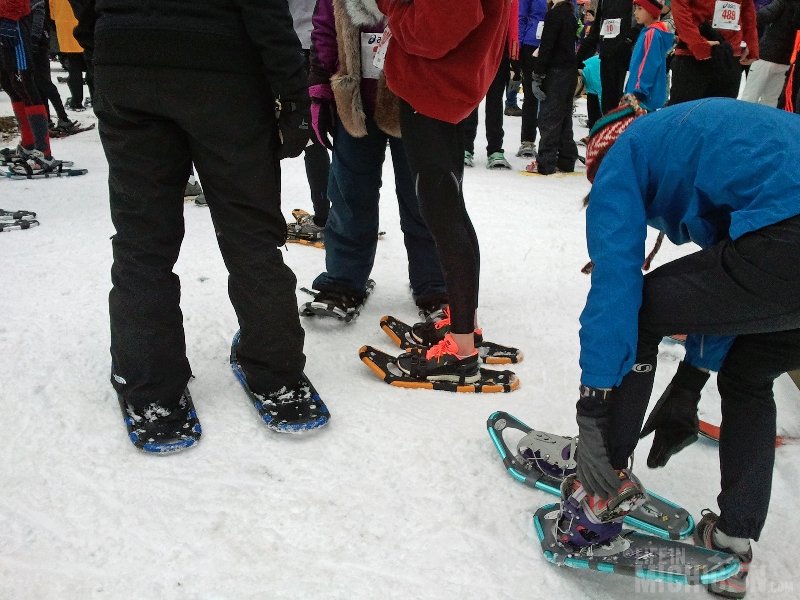 So, we headed back to the car and got ours.  After a few adjustments, Brenda had hers on and was ready to go. 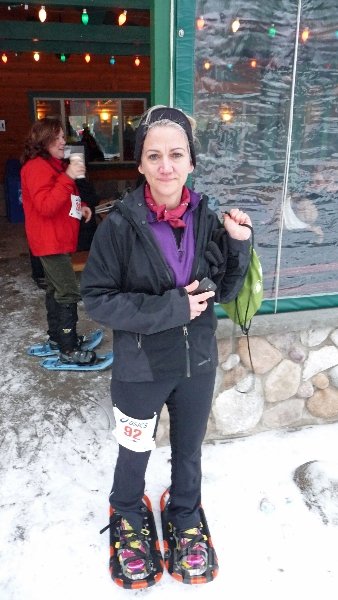 I was busy showing off my fabulous snowshoe moves. 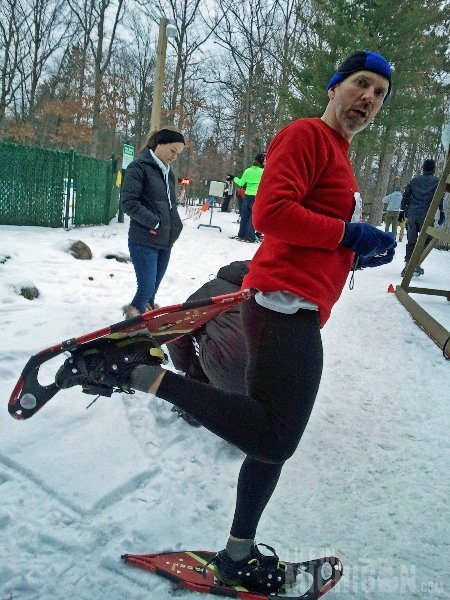 Brenda planned on walking as this was her second time in snowshoes.  I had actually run this race before, although it was 10 years ago!  None the less, I planned to run it.  Which meant it probably would be a good idea to warm-up and actually run in these clod hopper snowshoes. 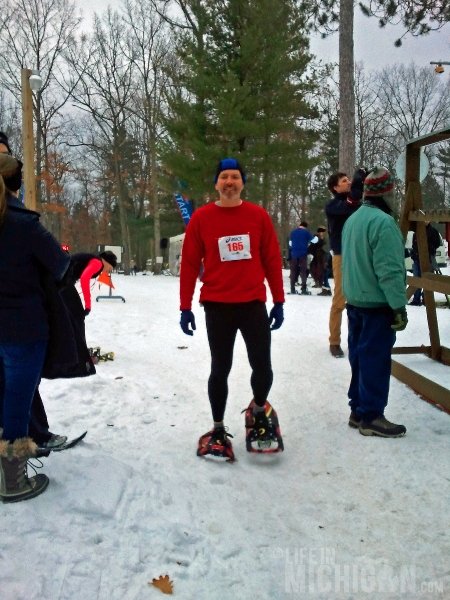 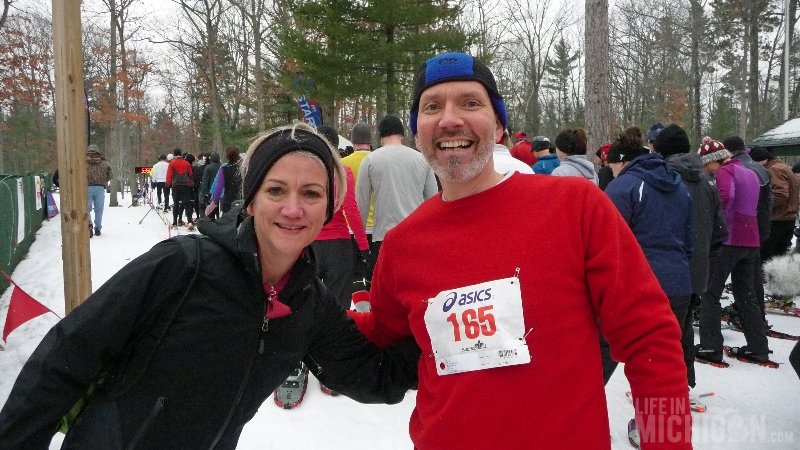 …and then we were off! 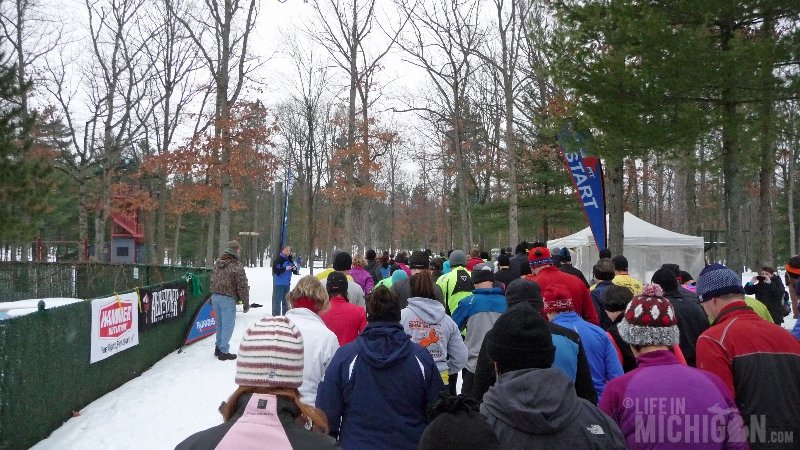 The course for the Bigfoot Boogie was a rolling adventure that follows some groomed trails as well as a good deal of log dodging single track.  I was working HARD almost from the start, yet this mini-mountain put us all to task! 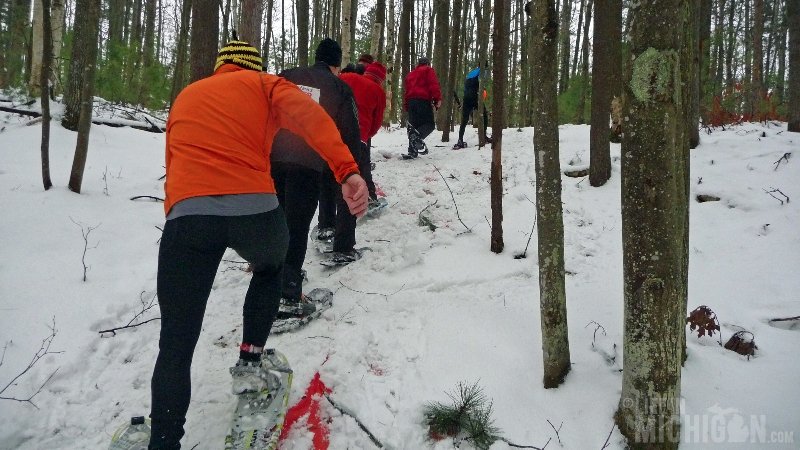 Brenda had some runners hot on her heels. 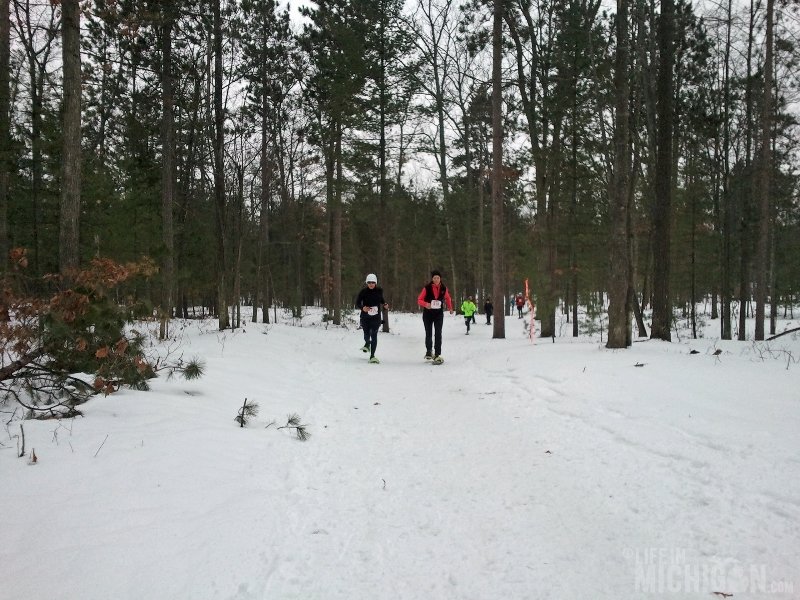 Brenda came in a bit later as she was walking and had some technical difficulties with her snowshoe.  She looked happy with her tromp through the woods. 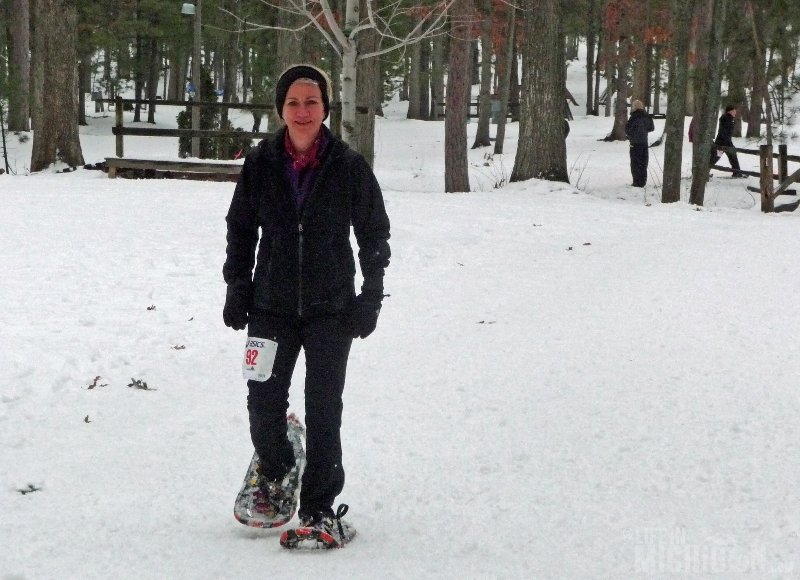 The post-race goodies included cookies and chili (no veggie).  However, the highlight is seeing the winners wrestle with their trophies! 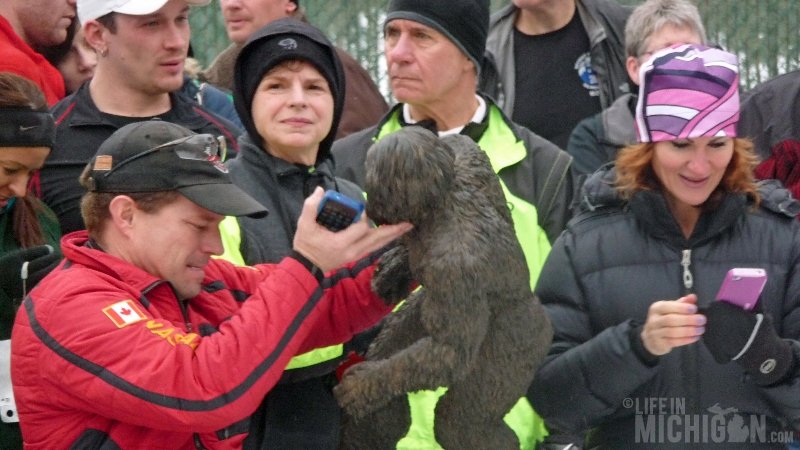 Overall, this is a great race and a lot of butt-kicking fun!  The bonus for the beer lovers out there is that Short’s is a short drive from Traverse City and makes for a nice post-race destination.

To see all the photos we got from the race, stop into our gallery.