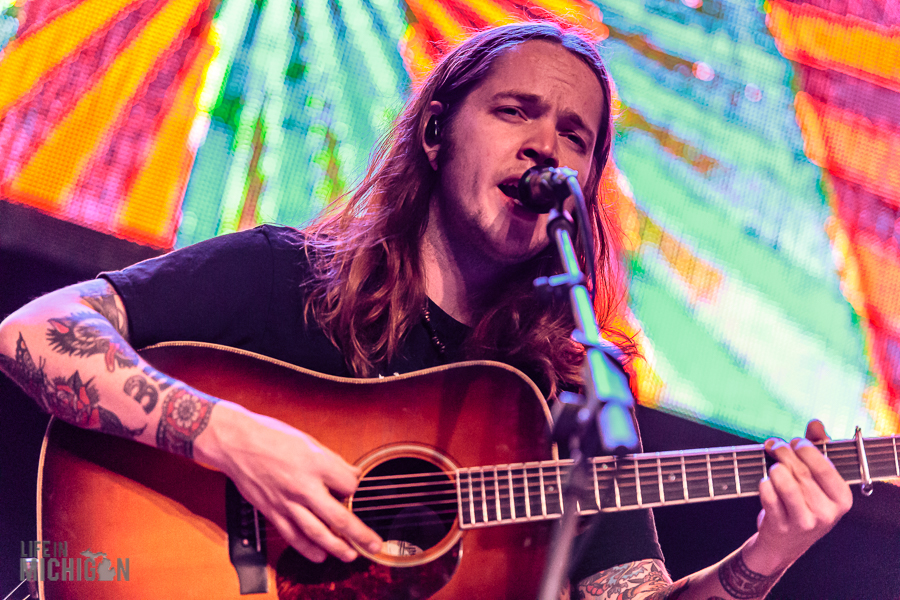 We have been eagerly awaiting this show with Billy Strings at the Majestic. Mainly because of our love affair with his new album Home which we reviewed not too long ago. I think of Billy Strings like I do Marcus King who we had the pleasure of seeing just a few weeks back. Each of these young artists are old souls with deep musical roots sown by their respective families. They both are passionate players who care deeply for their fans. 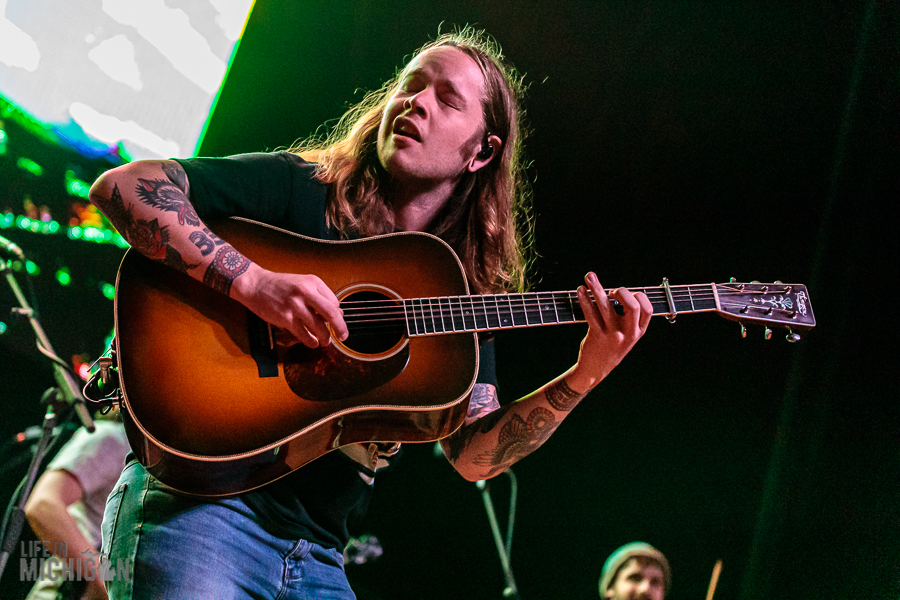 The intense musical energy that Billy Strings radiates from the stage is reflected back by the fans. Whether singing, dancing, or standing in slack-jawed amazement at the band’s chops, you can’t help get caught up in the bountiful joy found at a Billy Strings show. Fans adoringly refer to themselves as “goats”. I’m not sure where that came from, perhaps simply a play on Billy Goat. However, the goat symbolizes curiosity, independence, and fearlessness which are key components to the music. Goats also love to climb up high. 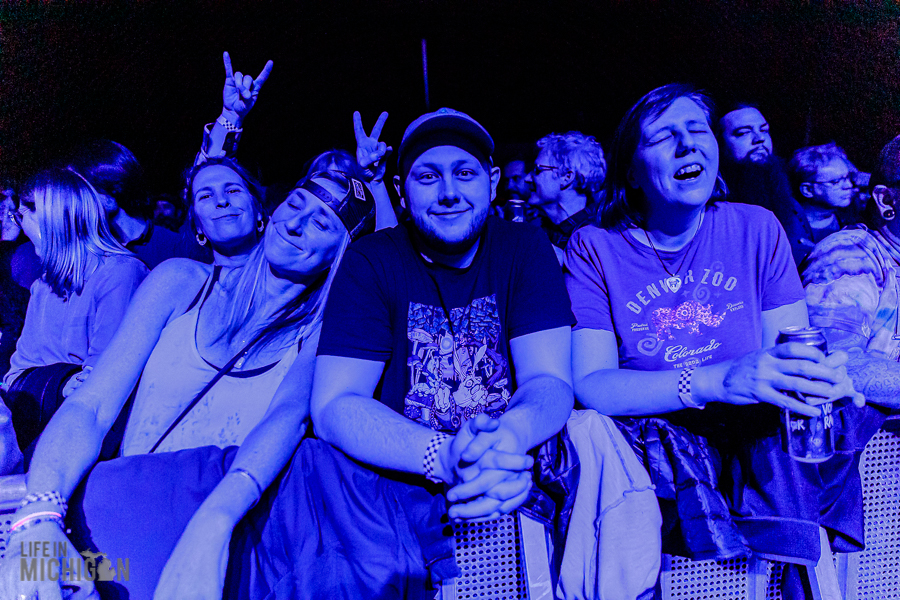 Before the evening’s festivities with Billy Strings at the Majestic get rolling, the excitement in the air is palpable. The Majestic soon was packed with fellow “goats”. All of our neighbors were eager to share their experiences with Billy Strings. We met a first-timer whose pals turned him on to Home and he was hooked. There was also a very friendly woman named Ann who had seen 60 shows! The powerful magic in the music of Billy Strings is astounding. 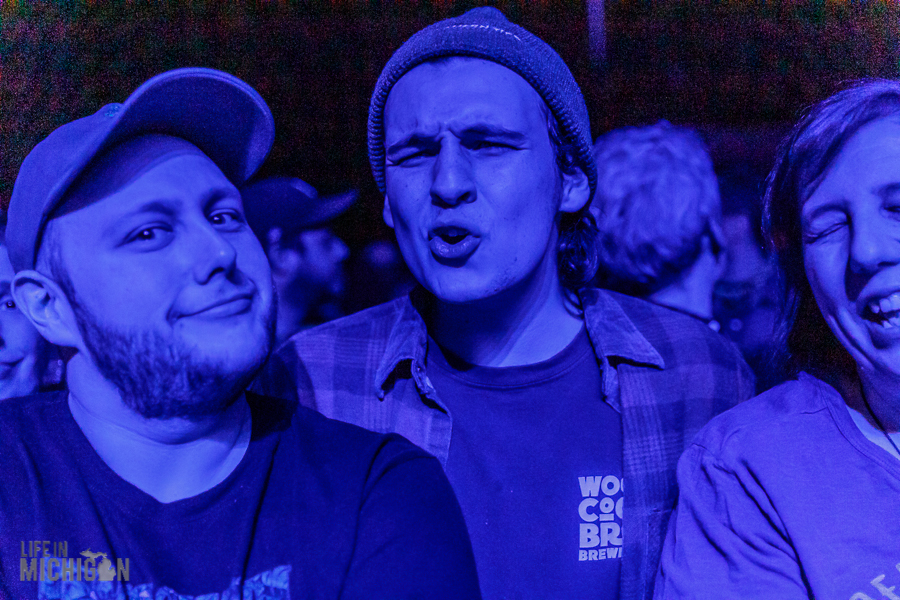 Cooking with Gas – Billy Strings at the Majestic

After a lead in of Black Sabbath, Billy Strings cut to the chase with “Little Maggie”. They burned up this traditional just like the Stanley Brothers with Billy Failing (banjo) and John Mailander (fiddle) pushing the pace. As with all great bluegrass bands, the rest of the players put their stamp on this tune. Royal Masat (bass) was popping and pulling notes out of thin air. Jarrod Walker in his unassuming manner put the torch to the fire with his blazing mandolin. 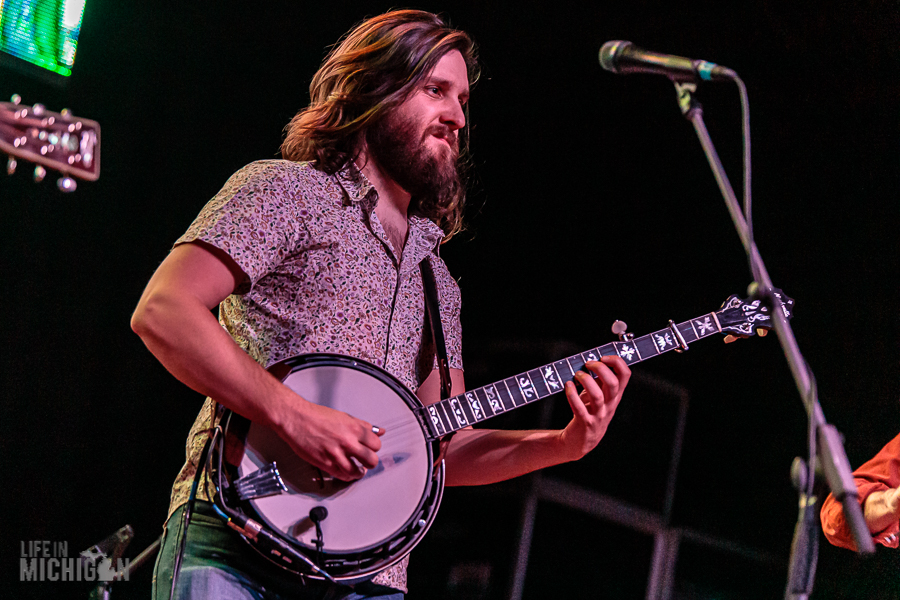 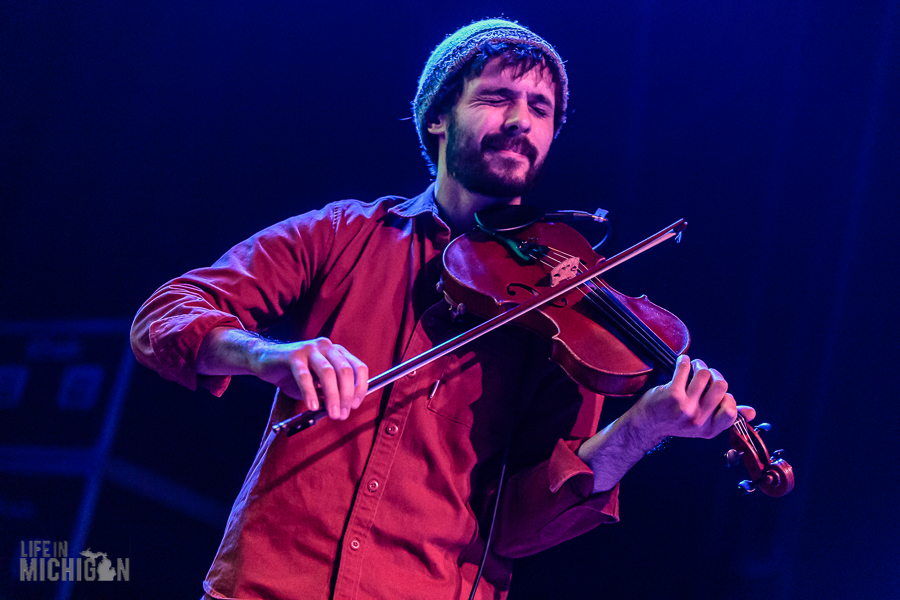 My happiness nearly exceeded its limits when Billy Strings played “Taking Water” off the new Home album. As spectacular as this song is on the album, it transcended my expectations live. “This old boat is taking water” pounded me like a wave. I thought of how much we (collectively) can make a difference. The melody is uplifting as Billy and Billy trade riffs. The message reflects hope and I felt the urgency resonate within my soul during this performance. 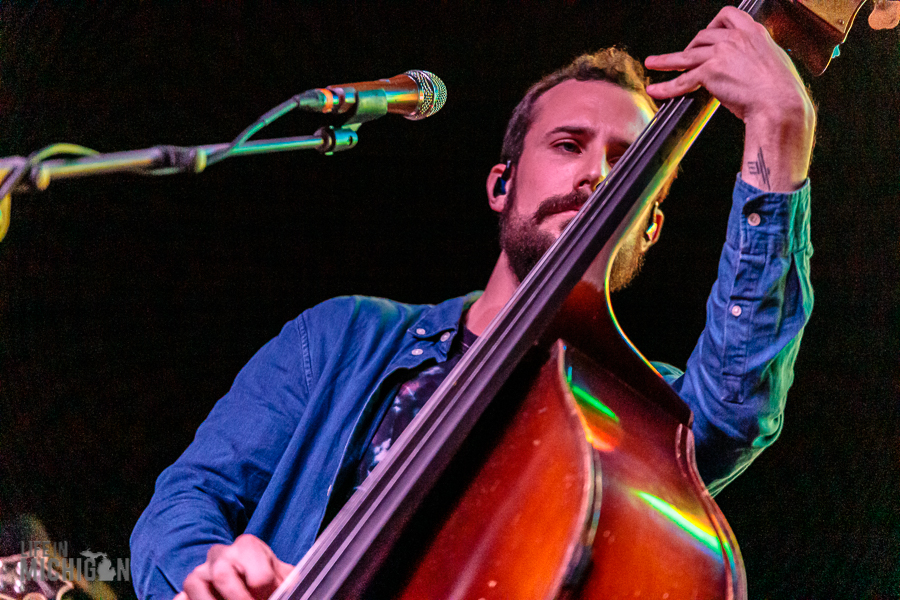 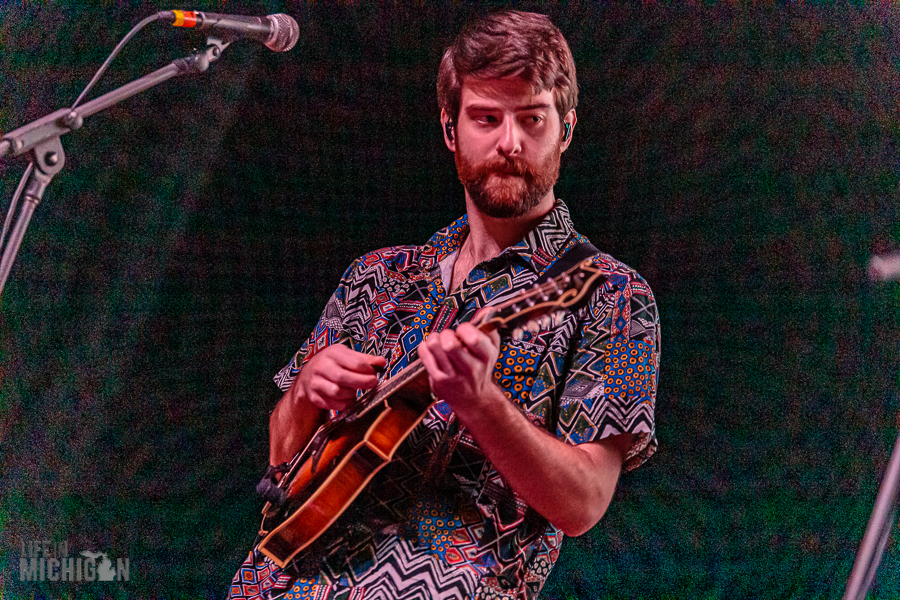 Billy Strings tapped into the king of country with a cover of “Streamline Cannonball” by Roy Acuff. This song exudes both the classical and progressive threads of Billy Strings. They can take a classic country song and make it glow with modern intensity. If nothing else, it is a testament to the timeless excellence of country music. 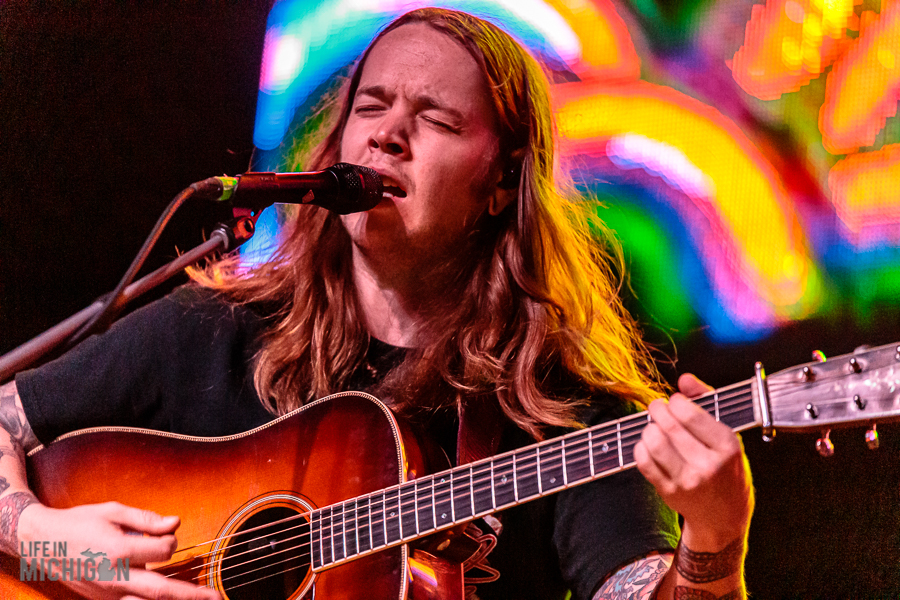 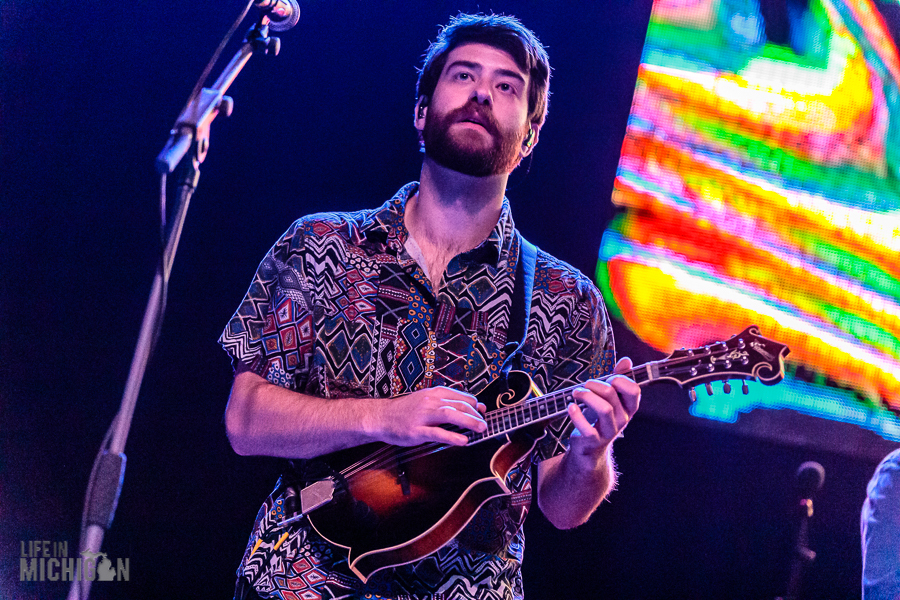 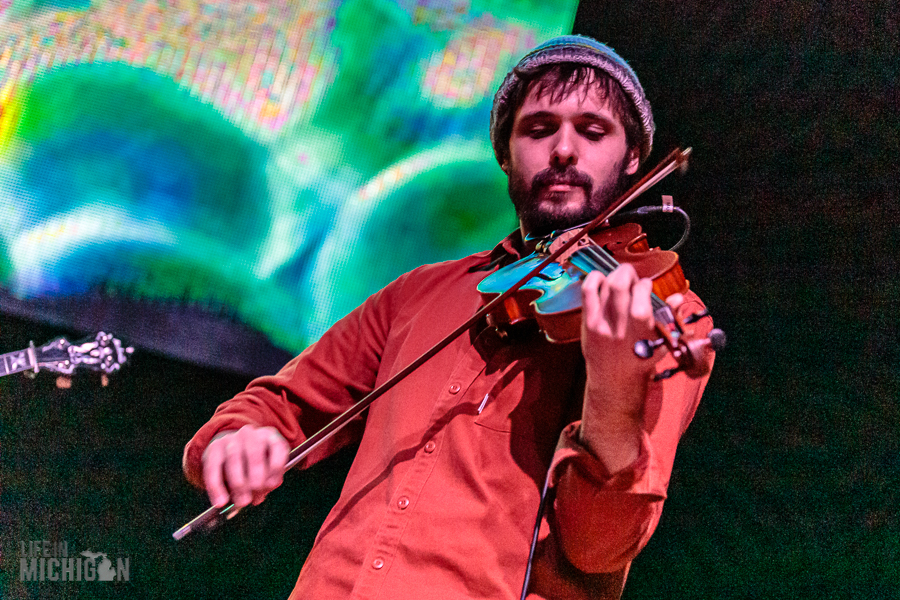 After a short break, Billy Strings is back with a vengeance. Like many at the Majestic, I was bouncing when they played “Must Be Seven” from Home. The emotion filled the air. The quaver of Billy’s voice accompanied by John’s fiddle and Billy Failing’s banjo brought me to my knees. The insistence of Royal’s bass kept me grounded and steady. The psychedelic cosmic light show in the background during the cover of JJ Cale’s “Ride Me High” pulsed like a mantra. The song metamorphized into a teaser of “Another Brick in the Wall, Part 2”…”Teacher, leave those kids alone!” Before our eyes and ears, the song returned to ride high once again. 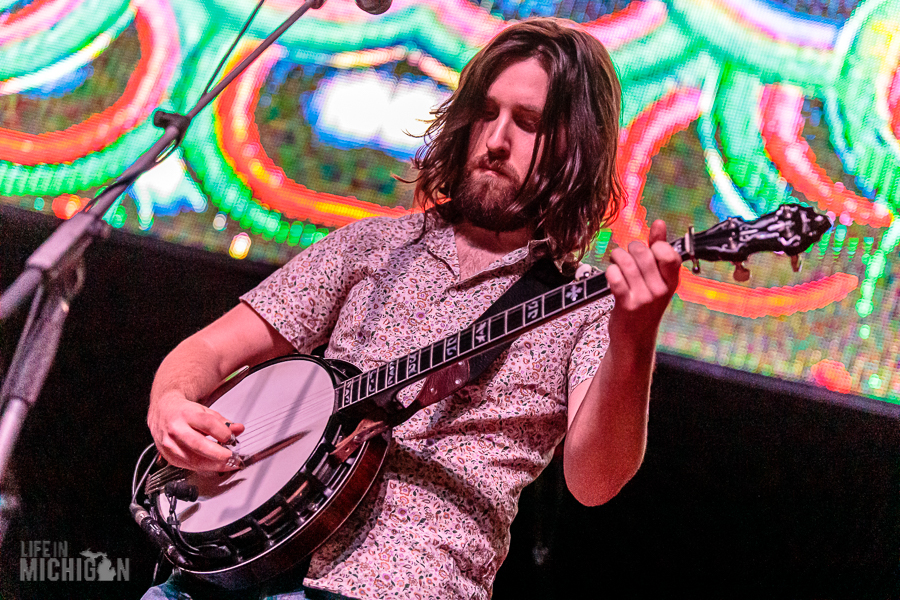 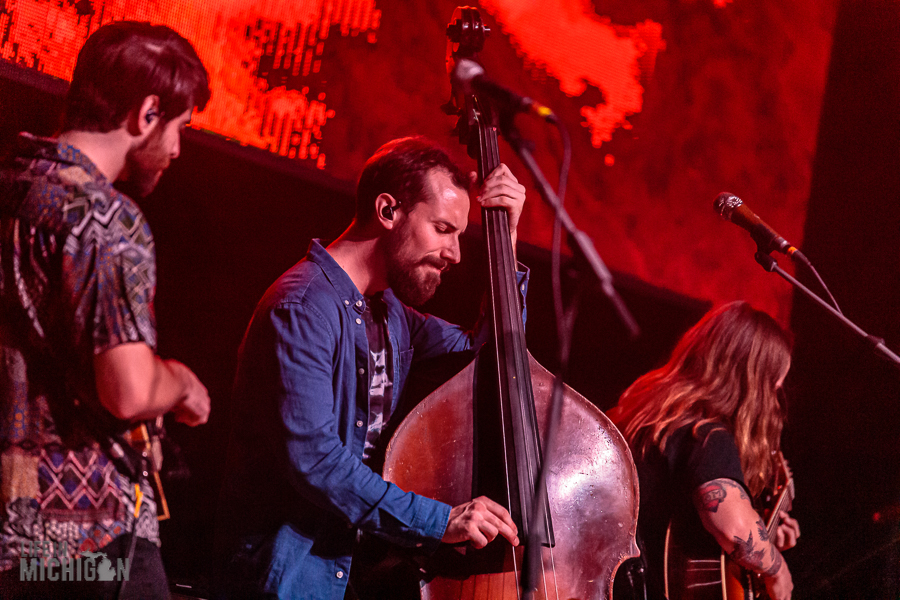 Just when you thought Billy Strings at the Majestic could not get any better, it did. After a mesmerizing performance of the plaintive title track to Home, Billy invited Michigan dobro mage, Mark Lavengood to the stage. Mark is the reason that I found the music of Billy Strings and it is a joy to hear him add his spark with these brilliant musicians.

When Billy and Mark started into “The Ballad of Curtis Loew” by Lynyrd Skynyrd, I hollered with the rest of the fans. Just about everyone around me know the lyrics and are singing along. Mark stayed for a couple more tunes including a ripping cover of “Doin My Time” by Flatt and Scruggs. 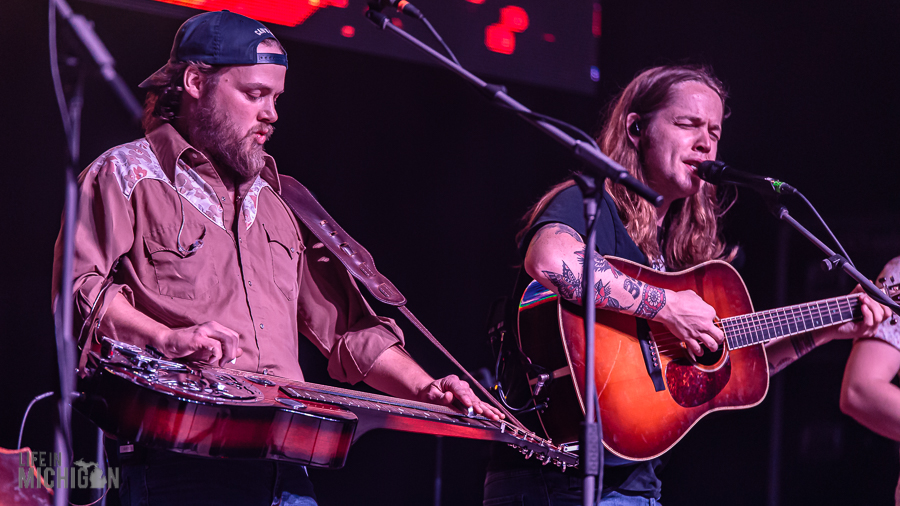 Our time with Billy Strings at the Majestic was running low. They save the best for last by playing “Away From The Mire”. Once again, I feel awe and inspiration in hearing and seeing Billy Strings again. Thank you fellas for this magnificent performance. 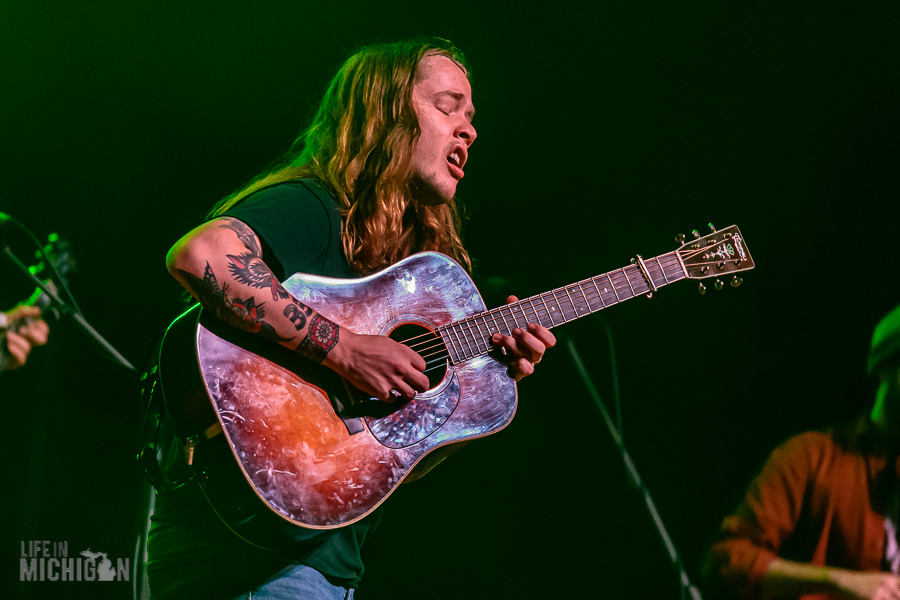 We have a few more pictures from Billy Strings at the Majestic. Enjoy the images. Contact us regarding any use.