On October 12, 2014, I found myself standing under the Ponderosa Pines in Westwood, California waiting for the Bizz Johnson 50K Ultramarathon to start. The voice in my head wouldn’t stop shouting,”It is freezing. You need your gloves. Why are you doing this?” 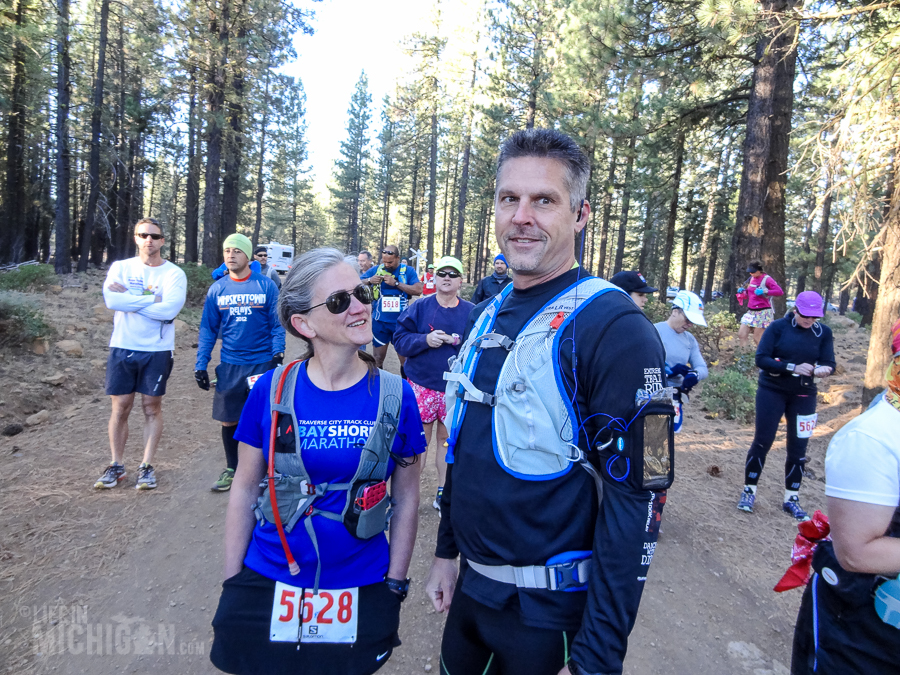 I knew exactly why I was standing near the Mason Station Trailhead with our good friend, Jeff freezing. Chuck wanted to commemorate his 50th Birthday by running a 50K. In early October 2013, he said in a gleeful voice, “I’ve found the perfect Ultramaration, it is all downhill. It will be easy.”

Now we were all thinking the same thing. 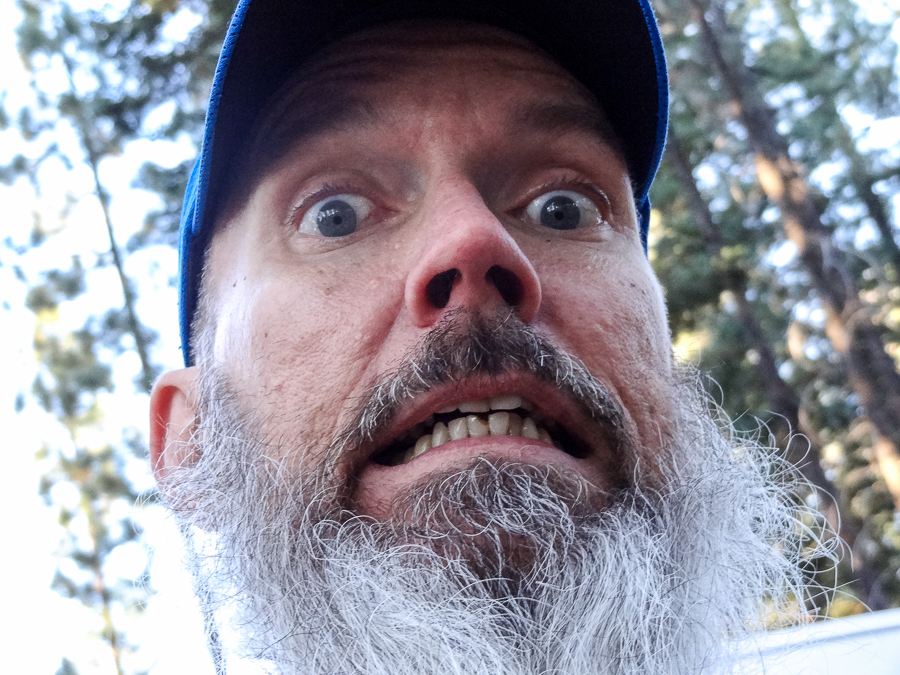 How does one prepare for a 50K?

That is an excellent question. You run, a lot. You do strength training. You limit your alcohol consumption. You get lots of sleep. You buy new shoes. You run hills and trails. You buy a new Garmin. You run some more. You buy a new trail running pack vest. You run with the new running pack vest. Download lots of Audible books to entertain yourself during the many hours you’ll be running. Question your sanity and then run some more.

Chuck bought the new shoes and running pack, but opted-out of the many hours of running. Running hundreds of miles was not part of the “Chuck Marshall 50K Training Plan.” Chuck averaged 20-25 miles a week and his longest run prior to the Ultra was 18 miles. I, on the other hand, was getting burned-out running 5 days a week. I burned through several of Diana Gabaldon’s books, nearly a hundred hours of Audible books! And my new Garmin was my best friend. Chuck opted for a training plan that was “heavy” in strength training, lots of dead-lifts and squats, but “light” on the hours of running. (He was nursing an injury.) I do not like strength training. Yeah, yeah, yeah, I know it is good for me and it will improve my running and bone density but I just really hate it. I also don’t drink beet juice, which Chuck claims is good for you, or rolling after I run. 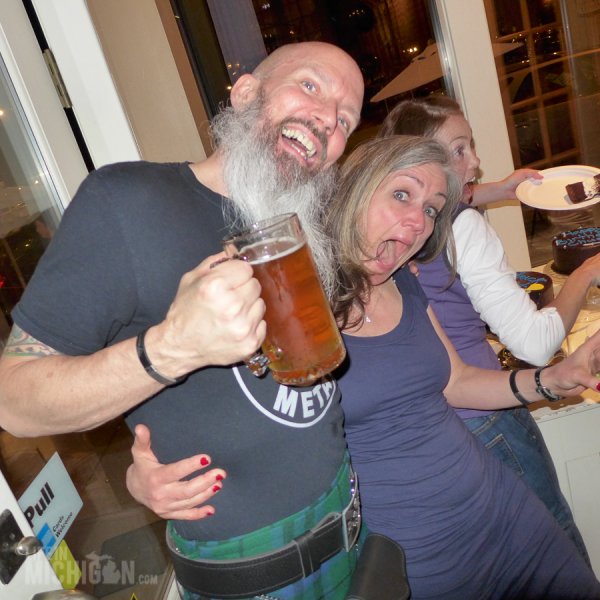 Sleep? We are old, so yes, we get lots of sleep.

So which plan worked better? 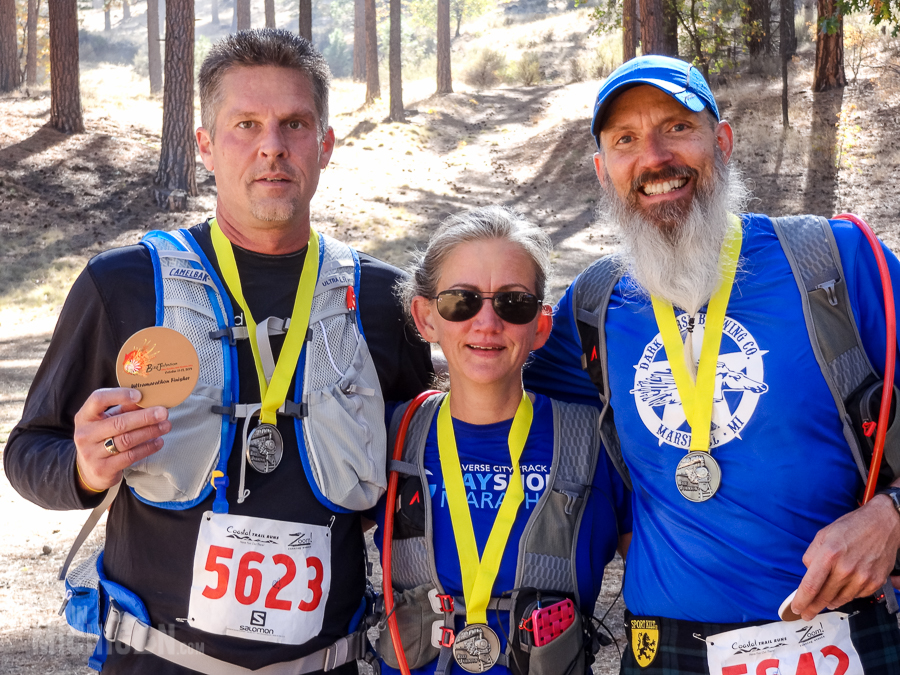 My thighs were screaming and not in a good way. I felt sick to my stomach and one of us had severely chafed balls, and since I don’t have any, you can assume it wasn’t me with the sore private parts. My feet were another story. 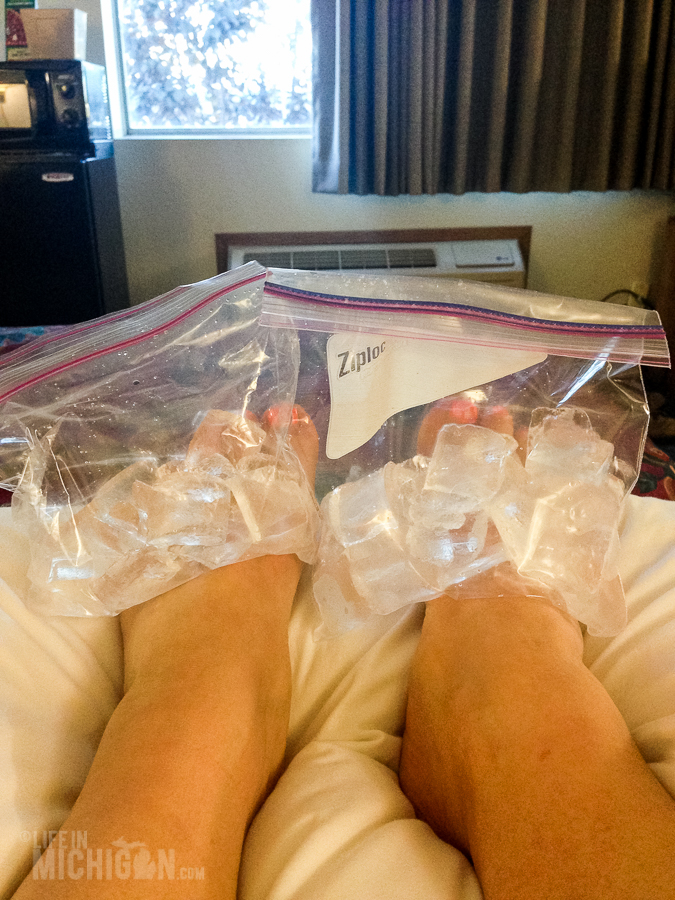 Will I run another 50K? Who knows, I swore I’d never run another marathon after my first one and I’ve run over a dozen. I said I’d never have a second baby after 36 hours of labor and two years later I was back in the delivery room. Chuck firmly said no more long-distance races. I just looked at a cool race in the Canadian Rookies. So quickly I forget the pain.

Someone forgot to unlock a gate and we had to crawl over this nasty obstacle. It was all I could do to hobble over it. 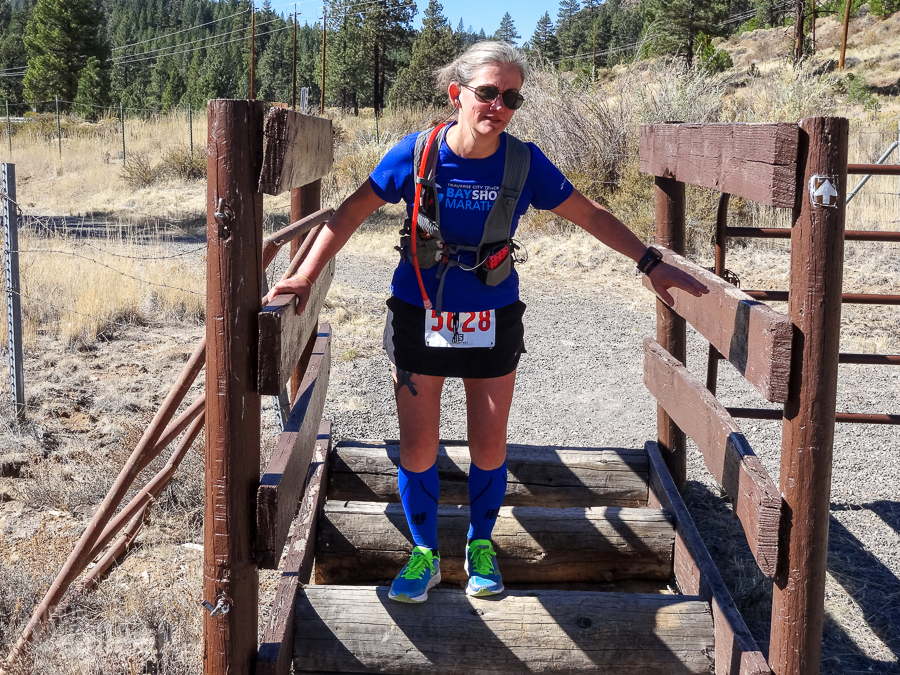 The race is on the Bizz Johnson Trail in the Lassen National Forest, which follows an old Southern Pacific Railroad route from Westwood to Susanville, California. 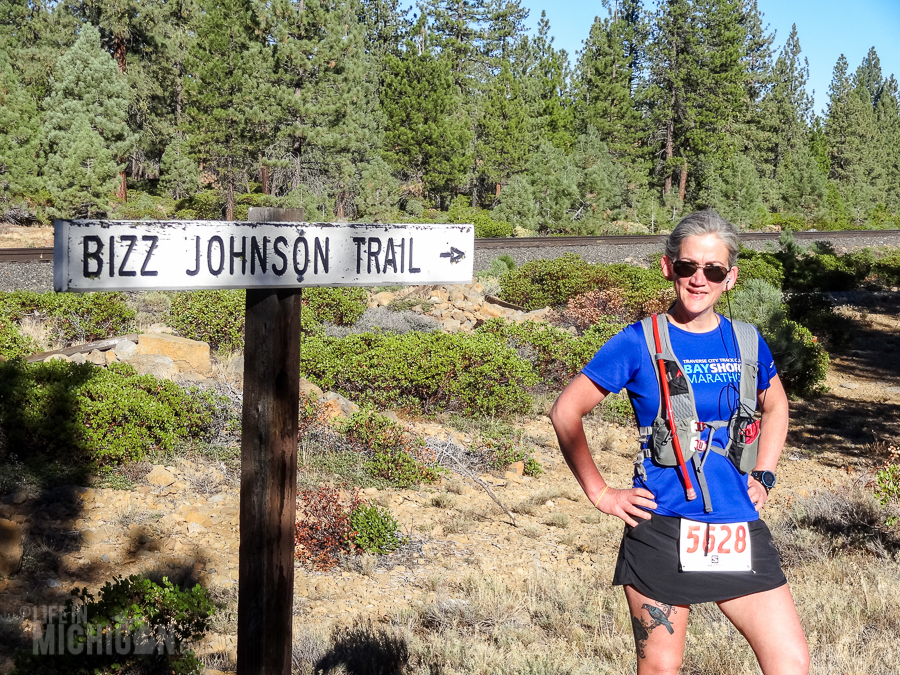 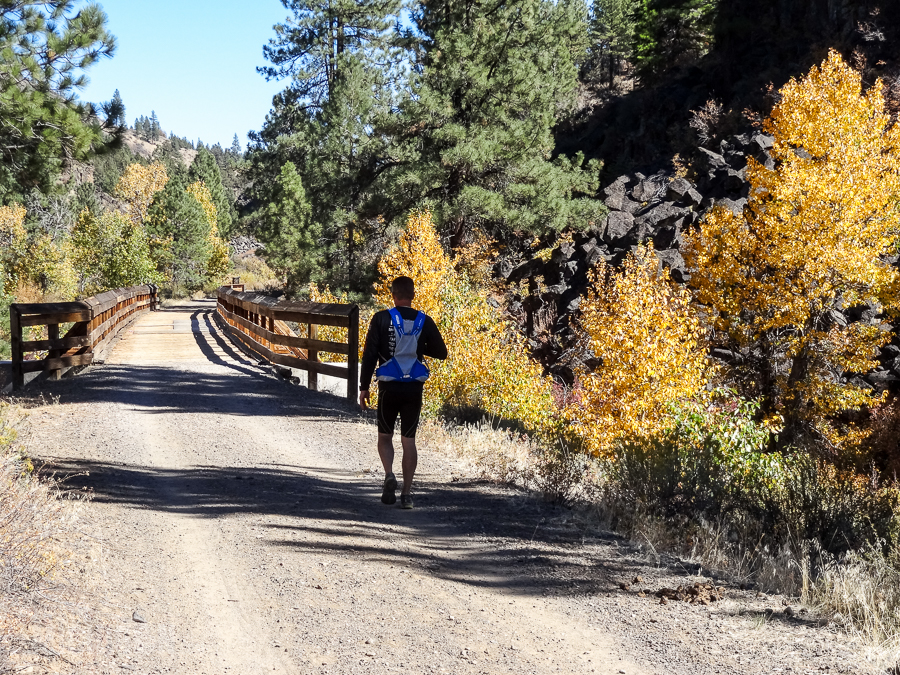 It was very beautiful. You cross the river several times on wooden railroad bridges and you run through two old railroad tunnels. 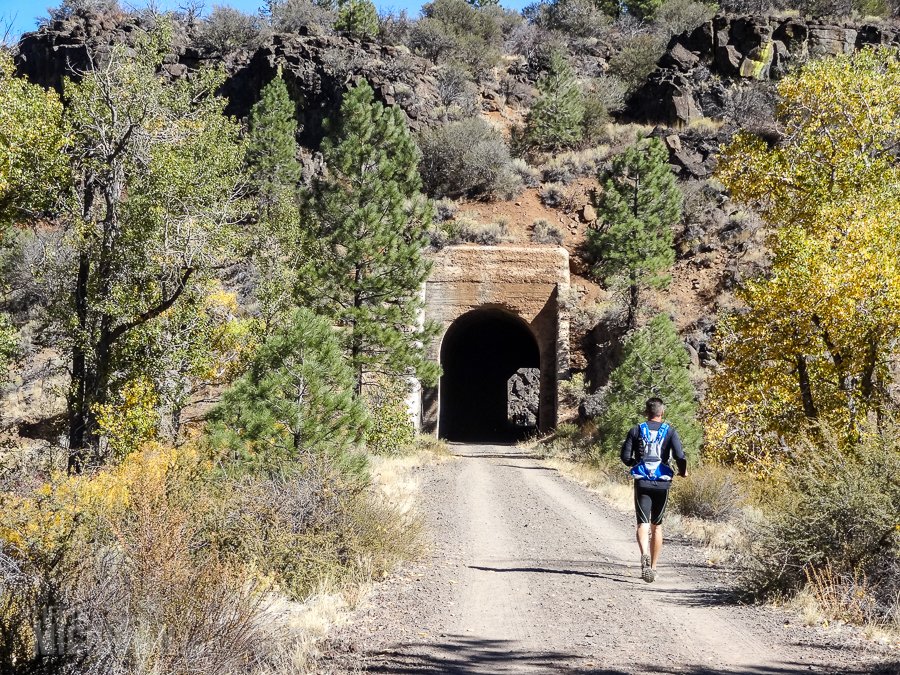 The Rails to Trails Festival

We retrieved our race packets on Saturday, from the train station during the Susanville Rails to Trails Festival. You can see I was limiting my alcohol consumption in preparation for the 50K the next day. They were serving beer from the Lassen Ale Works and I had to have one. 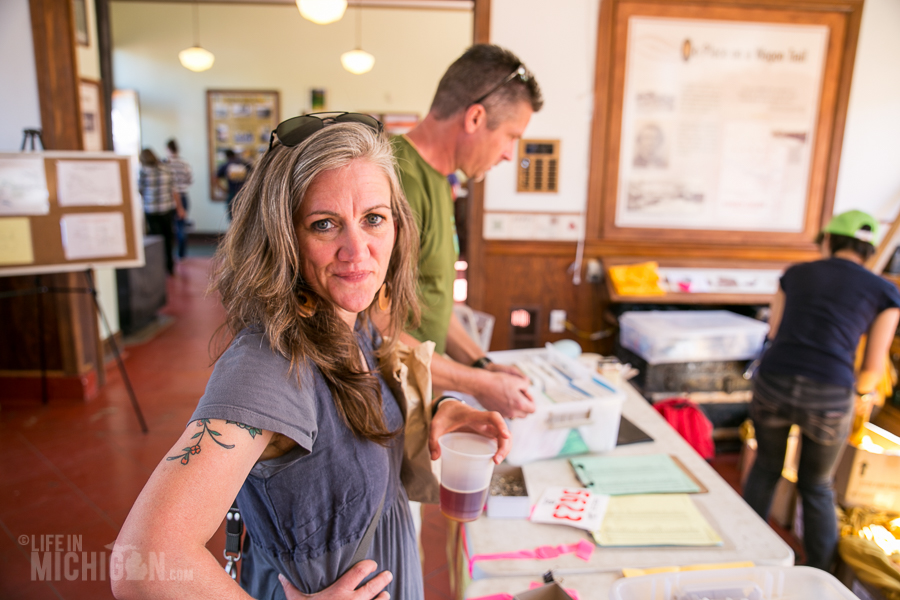 The handcart races were well underway when we arrived. 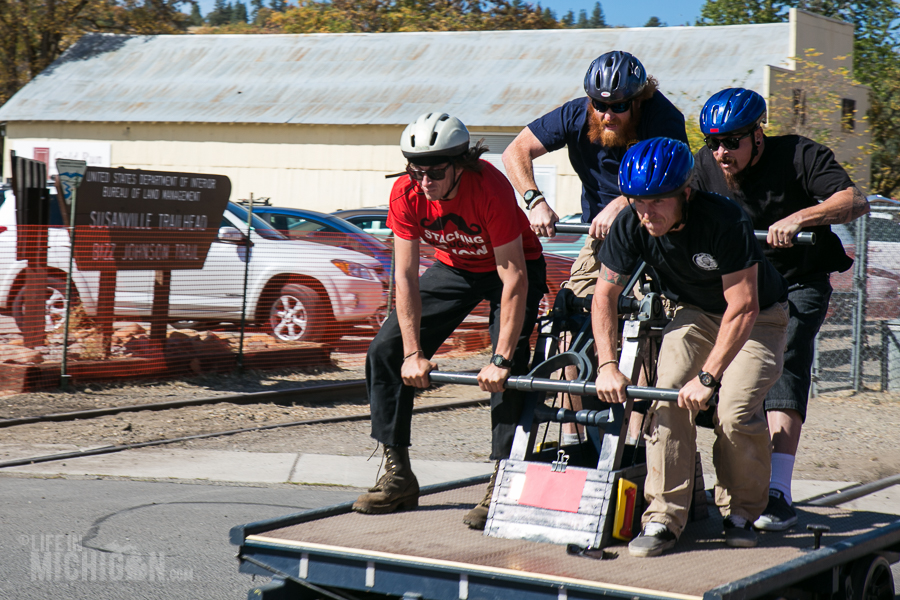 We sampled the chili and salsa from the cook-off. Another huge no-no for pre-race activities — you should never eat food you typically don’t eat. Since Chuck and I are vegan sampling chili made with beef was a huge deviation from our typical diet, but seriously how could you resist? 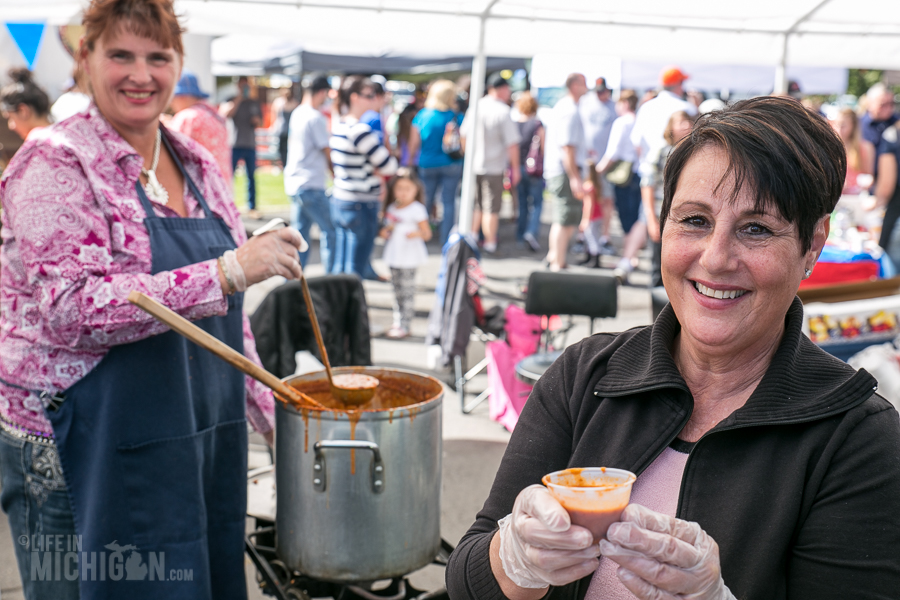 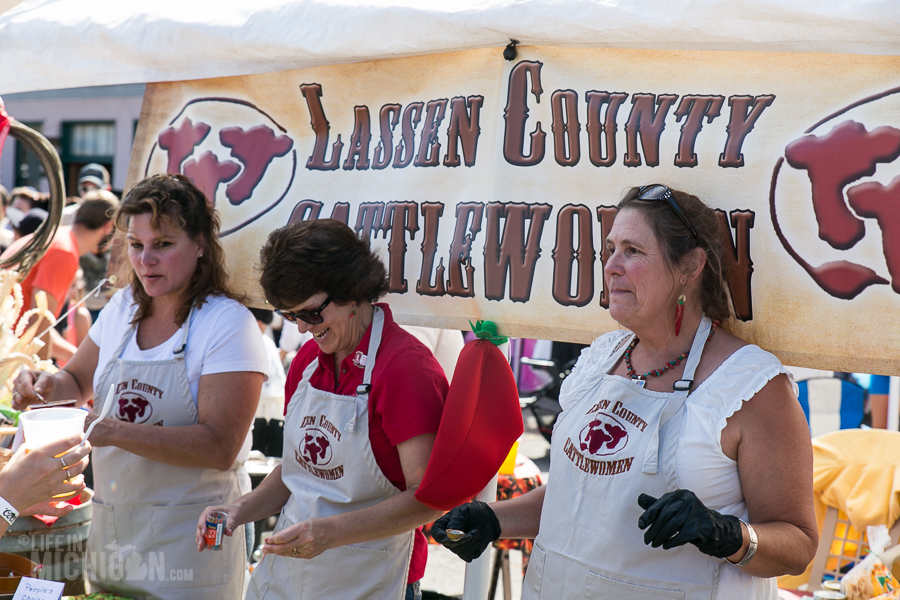 Finally, we sat down and listened to Six Mile Station. A fun and entertaining band with a bluegrass feel — Good time music that makes you want to drink a beer and dance a bit. 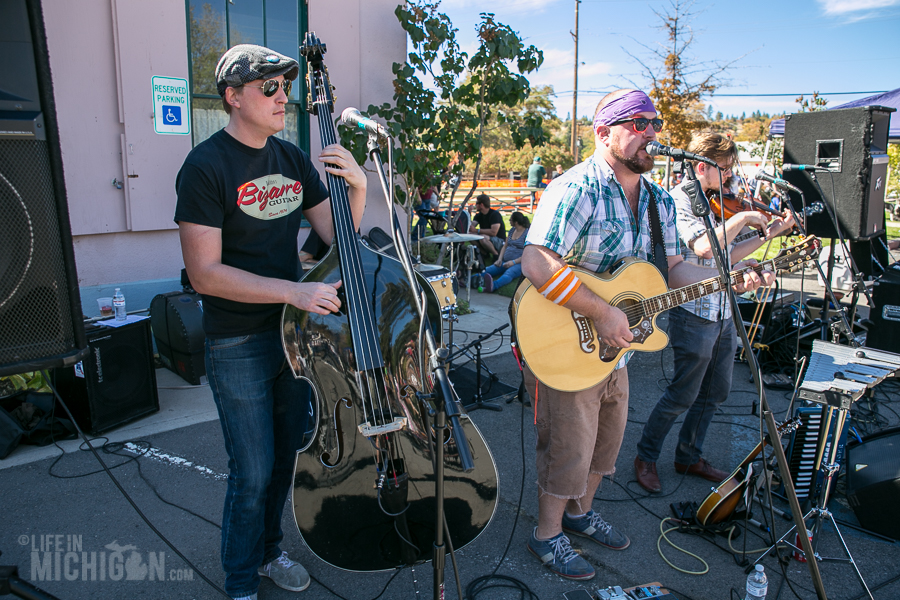 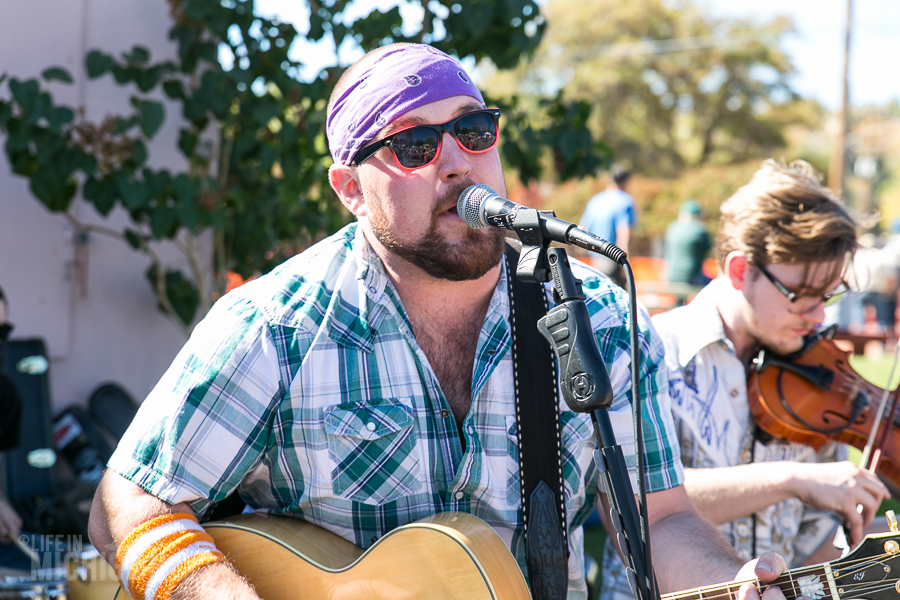 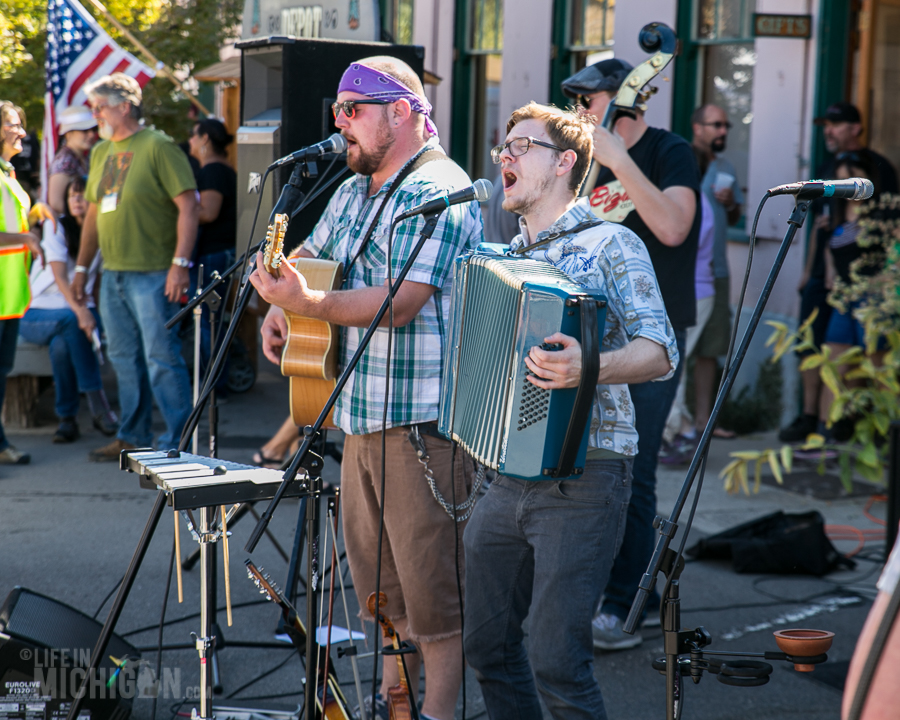 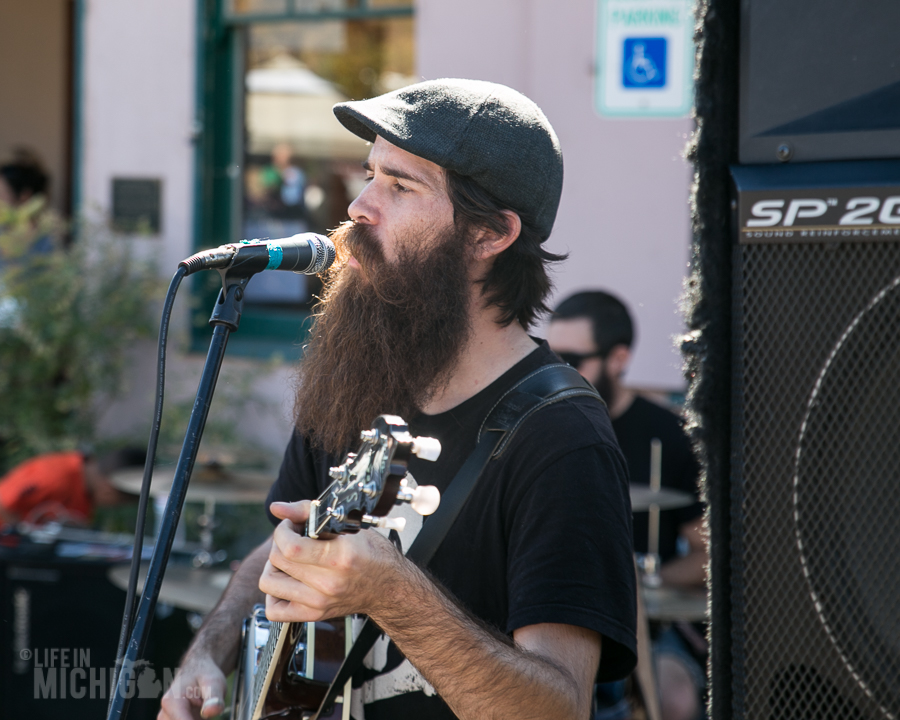 We have many more pictures of the Festival and Six Mile Station in our gallery.

Lassen Ale Works in Susanville, California became our home away from home. We literally ate dinner there every night while staying in Susanville and it was where we headed for our pre-race dinner. 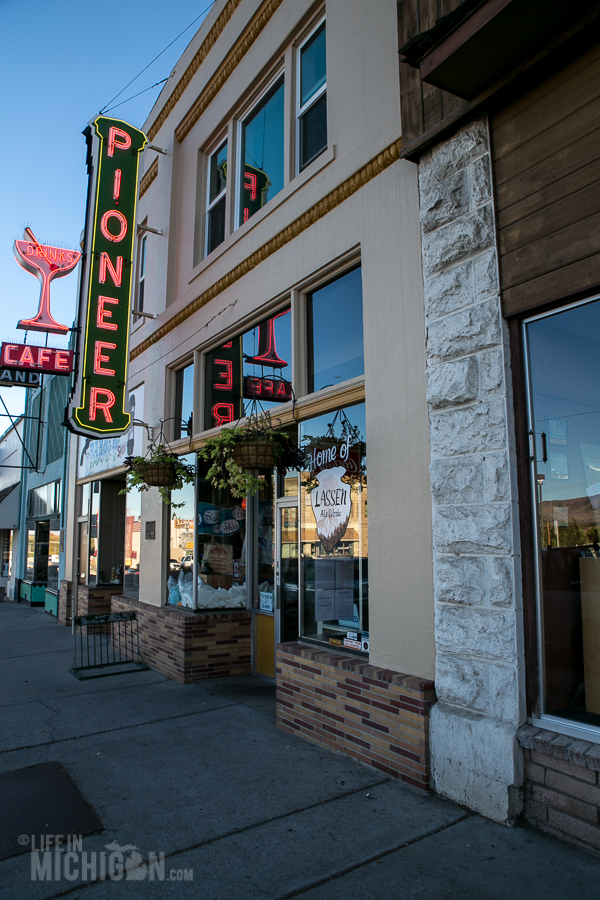 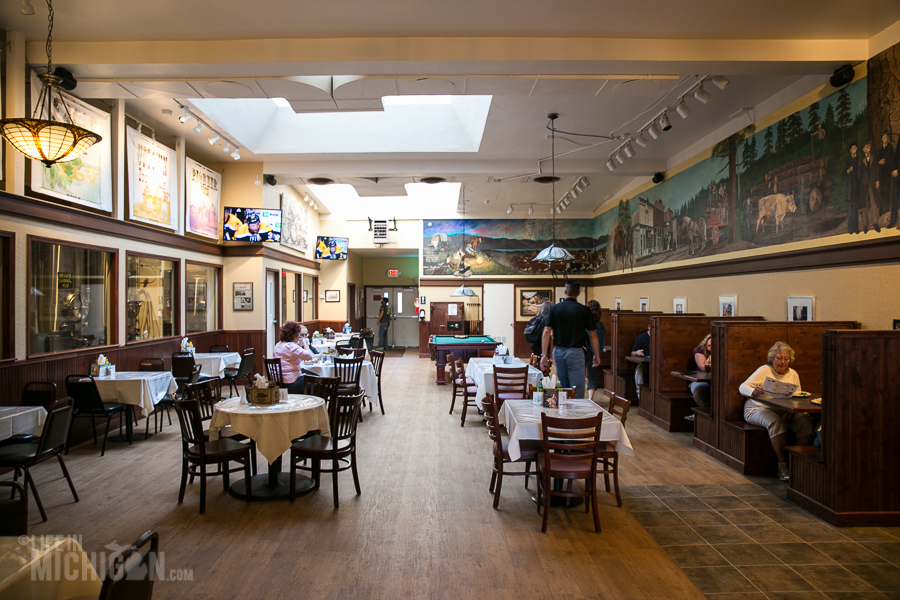 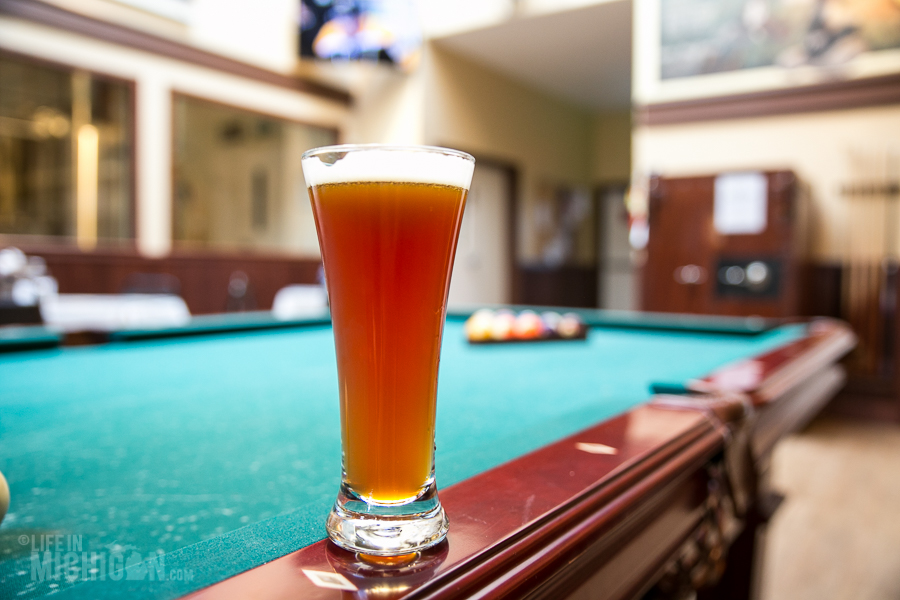 I’m glad I ran Bizz Johnson Ultramarathon and I can check running a 50K off my bucket list. It was a beautiful trail. The race was well organized and there was plenty of support during the race. I really enjoyed my stay in Suanville. We arrived on Wednesday and explored the Lassen Volcanic National Park and took a day trip to Shasta, California. We have more pictures in our gallery of the race, the, Rails to Trails Festival and Lassen Volcanic National Park. Leave us a comment and share your 50K  or Bizz Johnson Race story.