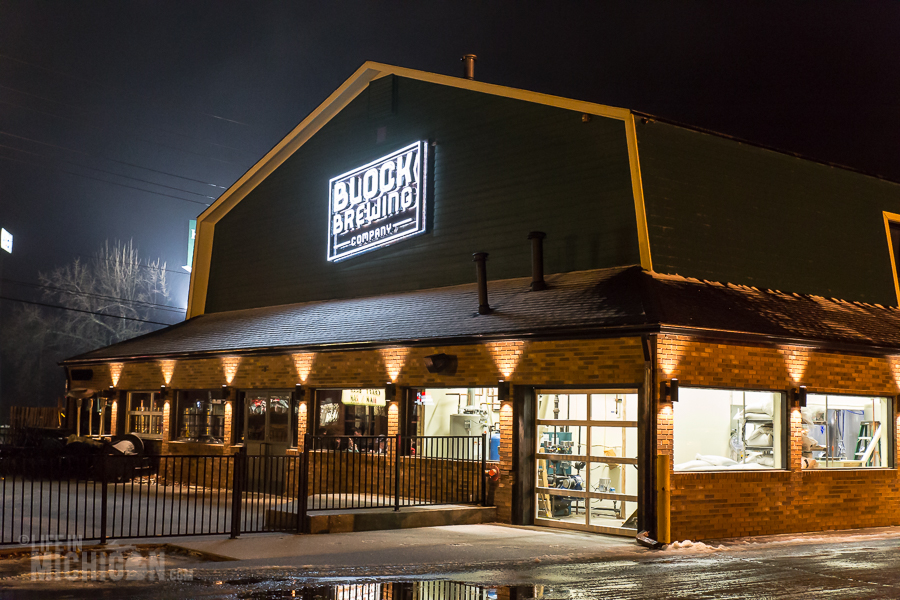 Our good friends Deb and Brian planned the gathering as Brian was back in Michigan from his job over in China. They live in Howell and we’d mentioned there was a new brewery by them that we wanted to check out. 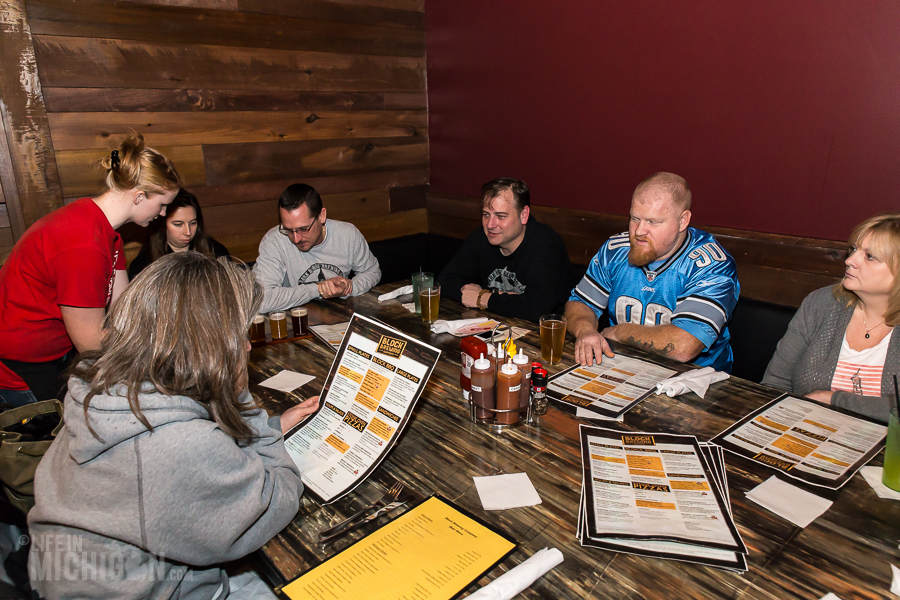 Block Brewing use to be the Shark Club and I believe way back in the day it was The Red Barn or something like that. First thing you’ll notice when you drive up is that this place is HUGE. There is ton of seating. From large U shaped bar to two a couple of big rooms with plenty of seating. Block Brewing is very easy to find as it is just off of I-96 at the D-19 / Howell exit. 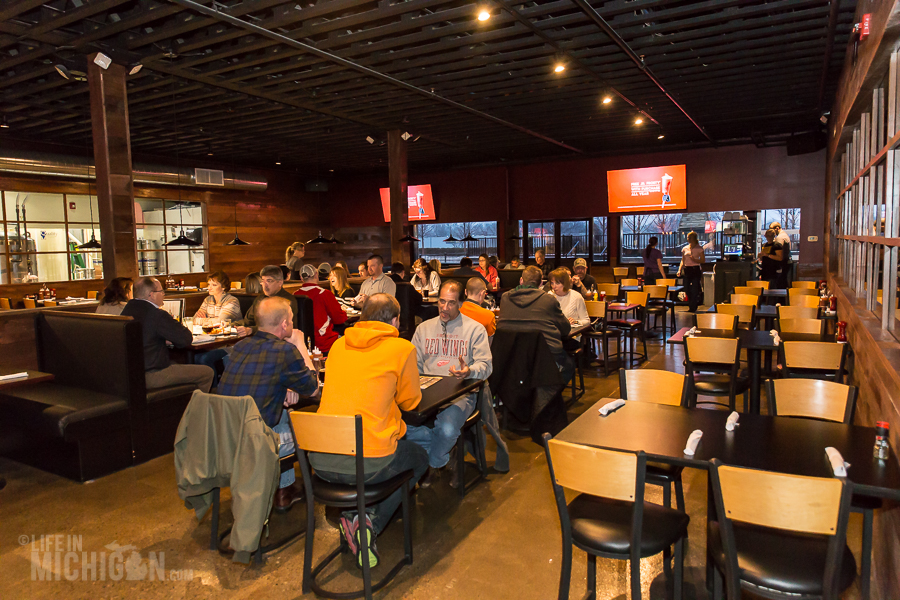 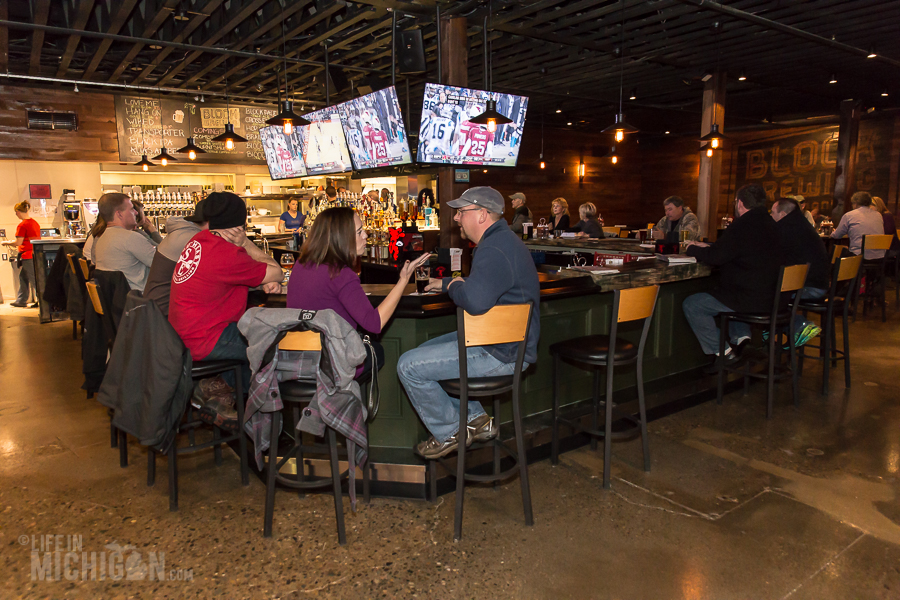 Block Brewing up some BIG beers

I have to admit that when I go to new breweries, I’m always a little nervous about the beers as many times we run across beers that were not ready for prime time.  There was nothing to worry about at Block Brewing. Every beer we tried was top notch with plenty of full bodied flavor. We started out with a couple of flights as they had 11 beers on tap. They had a nice variety of IPA’s with the Hop Genius being a favorite. I also really enjoyed the Wired which was a coffee porter that was delicious. 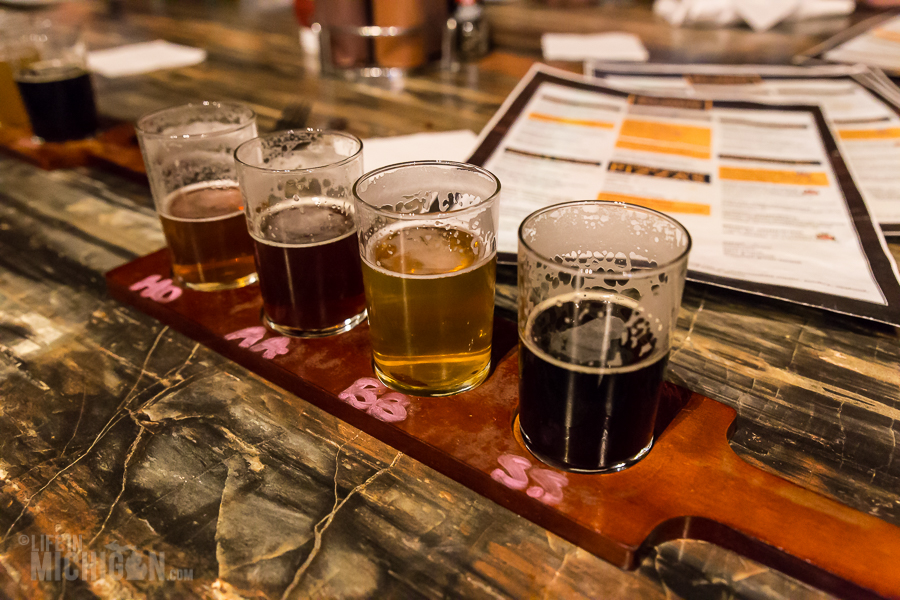 The food menu features BBQ with ribs, brisket, pulled pork or chicken, and smoked turkey. Most of our friends opted for some combinations of these BBQ treat with the ribs and pulled pork being favorites. The menu also includes stone oven pizza, burgers, and a couple of vegetarian and fish options. We went for the catfish and it was pretty good. The side of sautéed green beans were great. 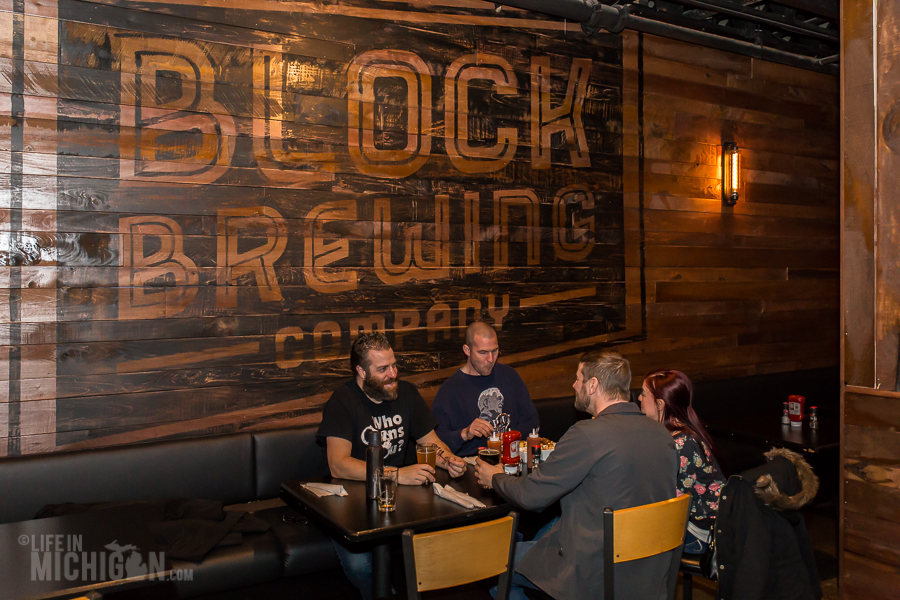 The star of the evening was definitely the beer and the relaxed and friendly space. Everyone who served us were very friendly and helpful. Next time you are out near Howell or just looking to pair up some great beers and food, stop over to Block Brewing Company and they will treat you right. There are more pictures over in the gallery. If you have been to Block Brewing, let us know what you thought by leaving a comment. You can keep in touch with us by signing up for our email or you can find us on Facebook, Twitter and Tumblr. Cheers!