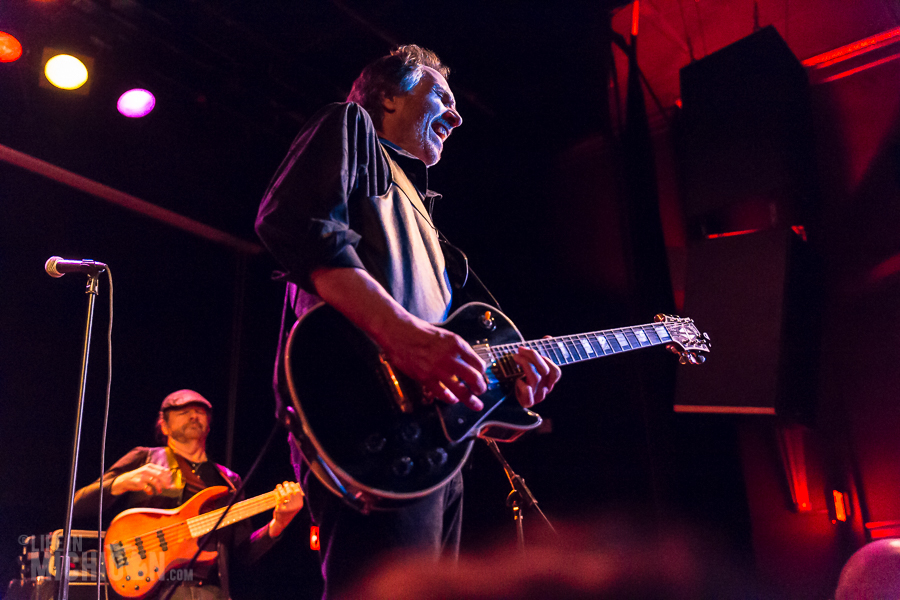 Cactus and the Muggs in one night

When I first heard Cactus, I was blown away by the power and grit of their music. They have been called the American Led Zeppelin, but I think they stand on their own. The blues is at the roots of their sound. Crank up the tempo and volume, add in some wicked drums, thumping bass, howling guitar, and dynamite vocals and you get the hard rock of Cactus. 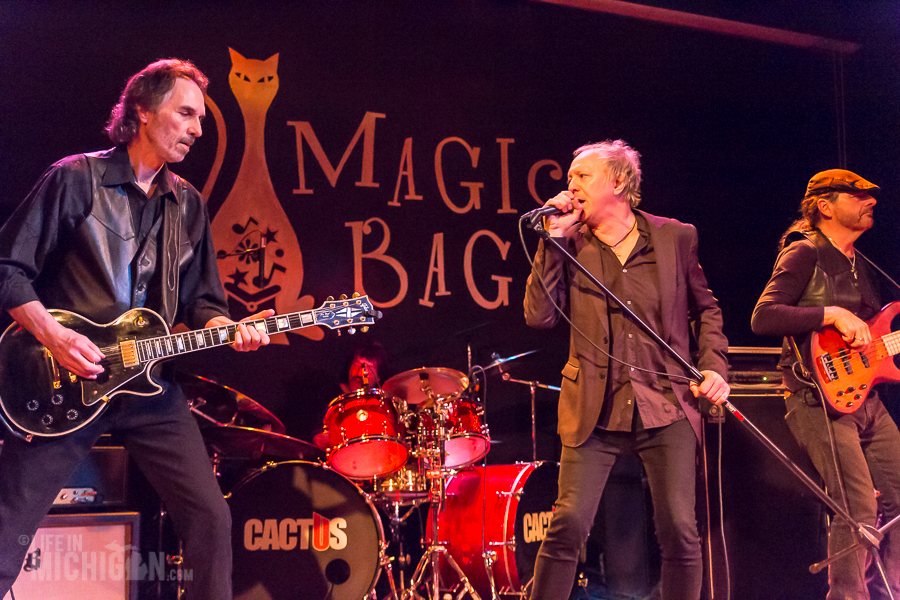 I was beyond thrilled that this show would be on my birthday and on a Saturday. When I found out that The Muggs were also on the show, I was over joyed. I first heard them at the Detroit Fall Beer fest and have been a big fan since. Like Cactus, they are born from the blues. They take the blues and supercharge it into a fantastic hard rocking machine. 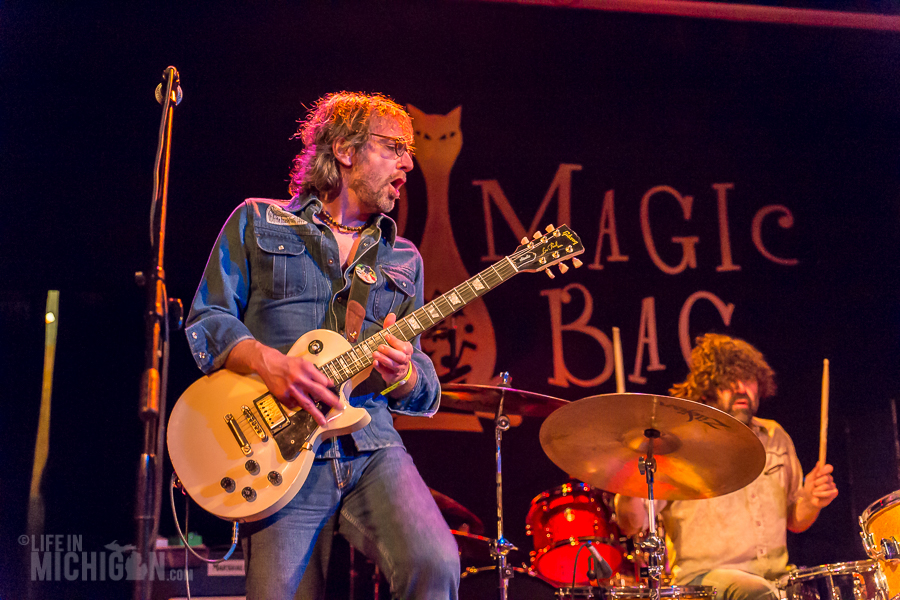 The Magic Bag was packed when The Muggs took the stage. They played a lot of tunes of their new album Straight Up Boogaloo. This is a great album and the tunes are perfect for playing live and loud. 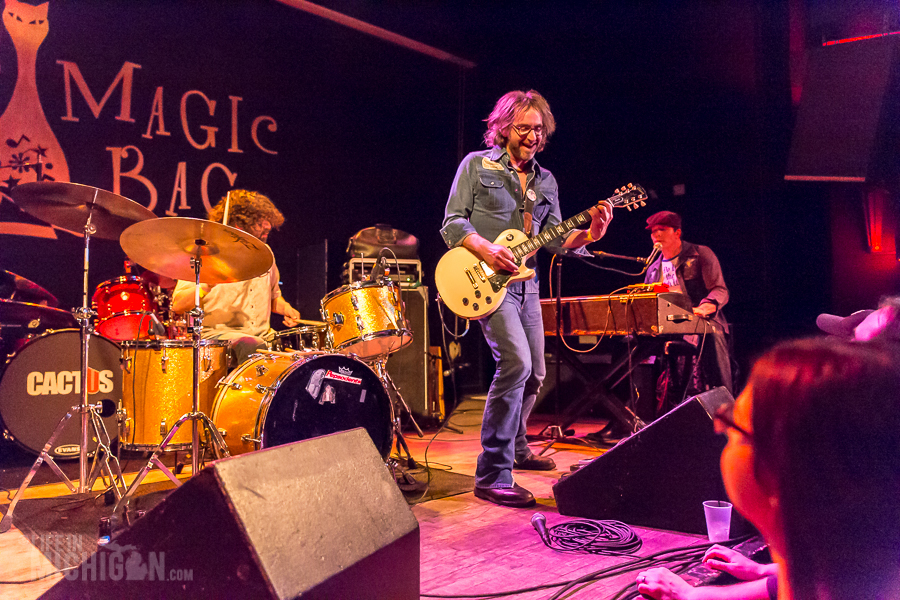 “Applecart Blues” showcased the quality of the musicians in this band. Todd Glass played the drums like a man possessed. Throwing his head around, smiling, and just beating the shit out of those skins. 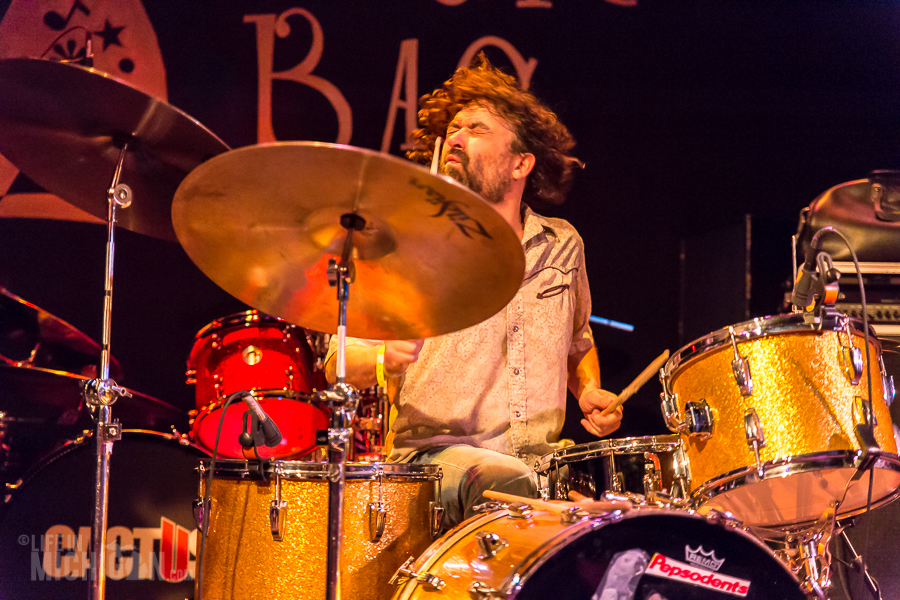 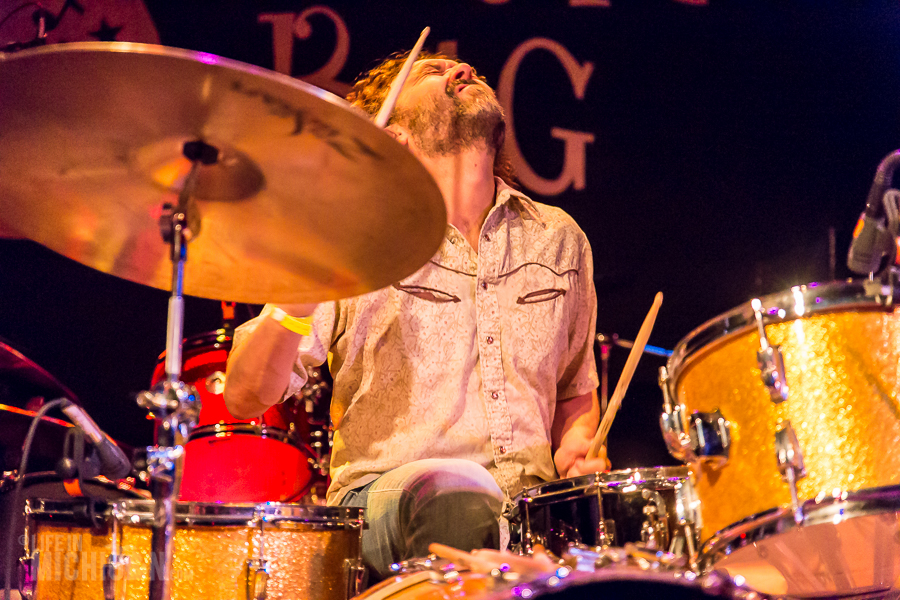 Danny Methric made his Les Paul sing and shout. His tone was outstanding and made the music glow with power. 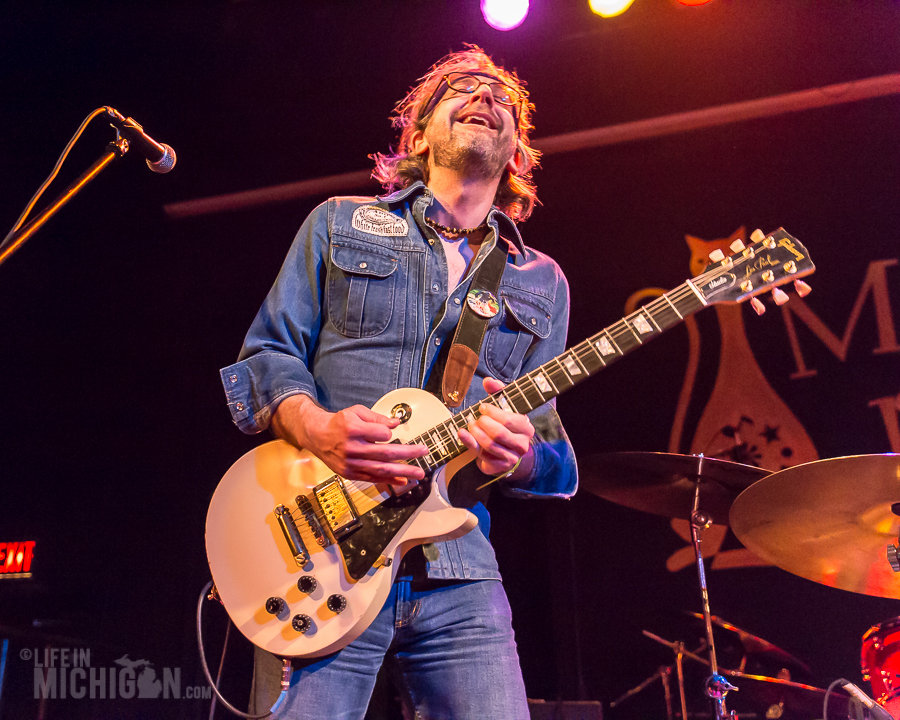 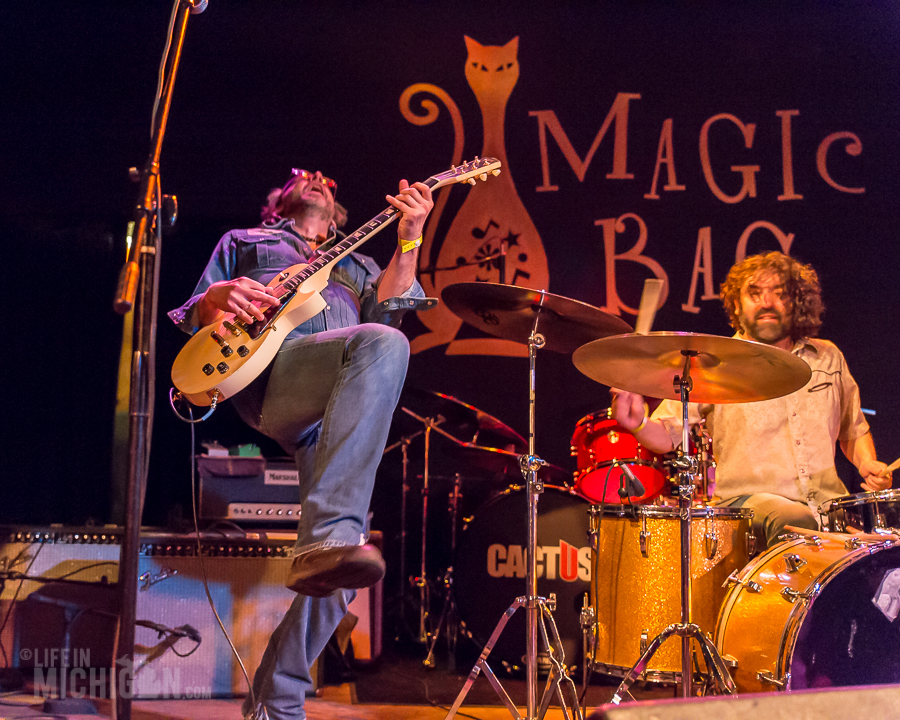 Tony DeNardo kept his Fender Rhodes bass humming low and in a tight groove that gave their sound a ton of punch. 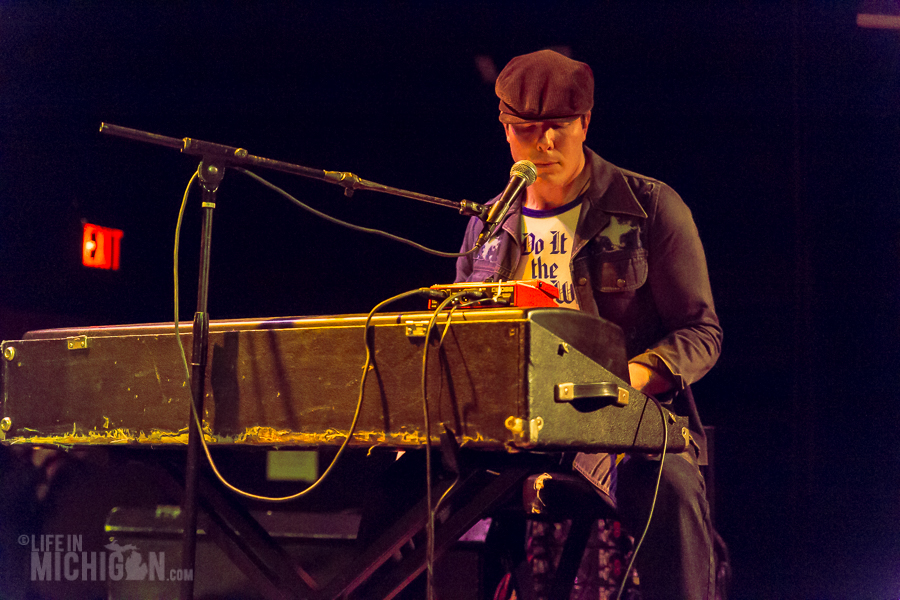 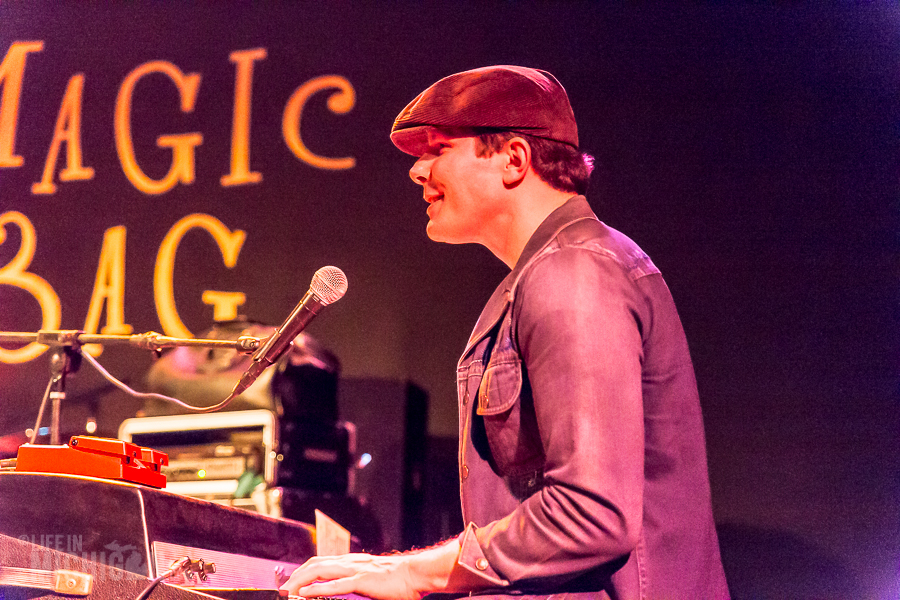 While I loved “Lighting Cries” and “Straight up Boogaloo”, it was a special treat to hear The Muggs cover Black Sabbath’s “Tomorrow’s Dream”. Like the mighty Sabbath, The Muggs play it hard and heavy. Just the way I like it. Check out more pictures of The Muggs in the gallery.

With a short break for a set change, Cactus was up and immediately started to blow the roof off the Magic Bag with their brand of hard rocking blues. They touched upon their entire catalog with such tunes as “Long Tall Sally”, “One Way Or Another”, and “Electric Blue”. 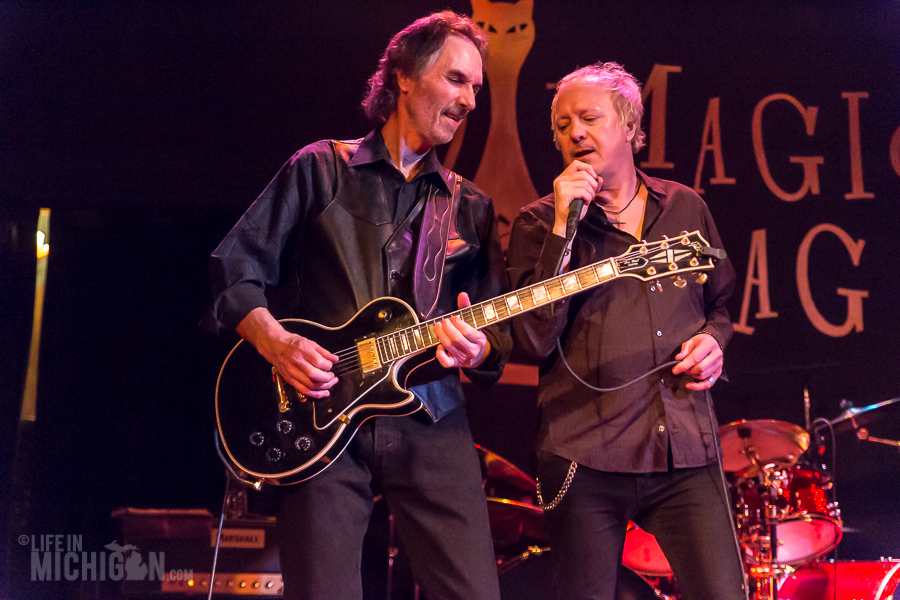 Jim McCarty sporting a mean black Les Paul was screaming out the blues through a sweet Marshall amp from start to finish. His solos packed a ton of emotion and had the crowd on their feet and cheering. Jim broke out the slide for “Muscle and Soul” and wailed. 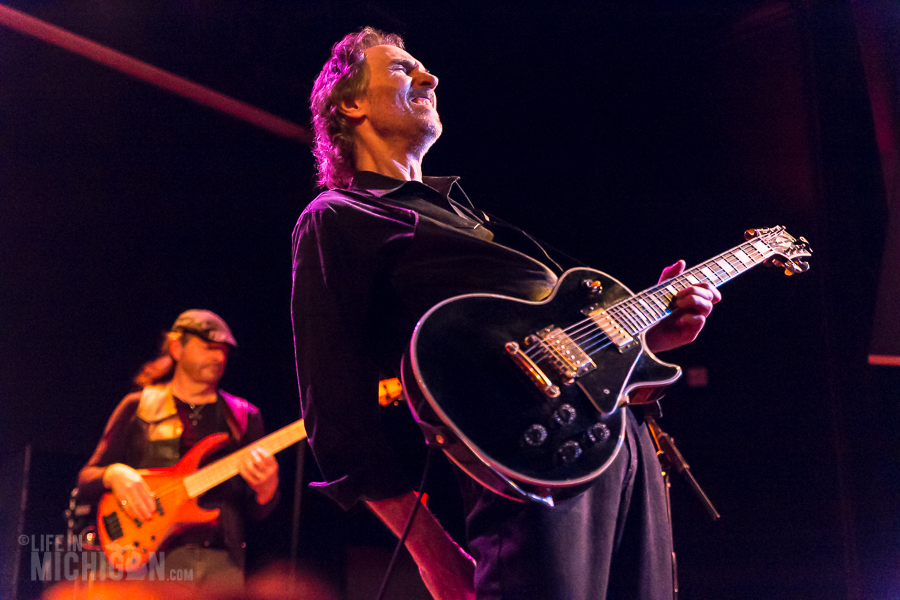 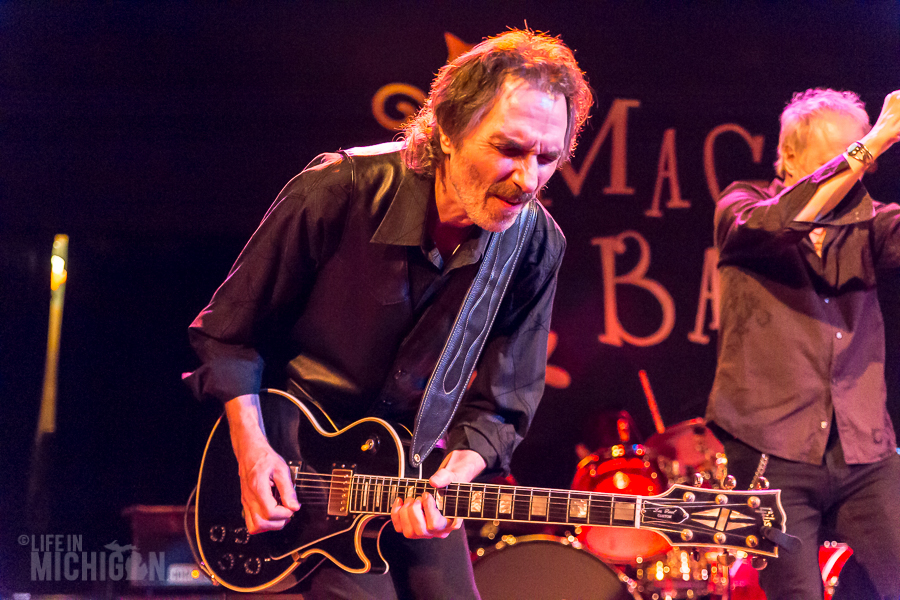 The man driving the Cactus train was Carmine Appice. His intensity behind the kit propelled the set and had the venue pounding like the heart of a lion. Carmine came out to visit with the fans and do an impromptu riff with just his sticks. 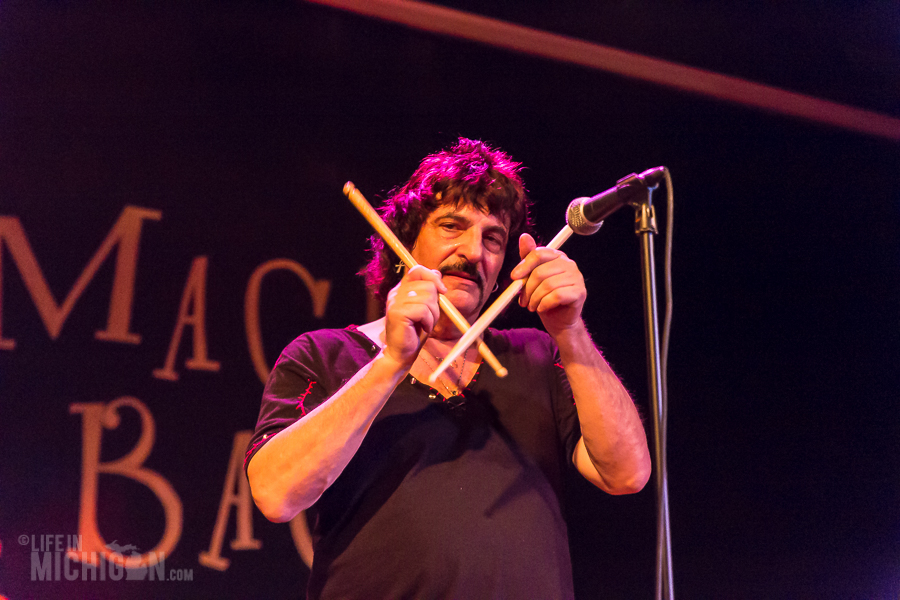 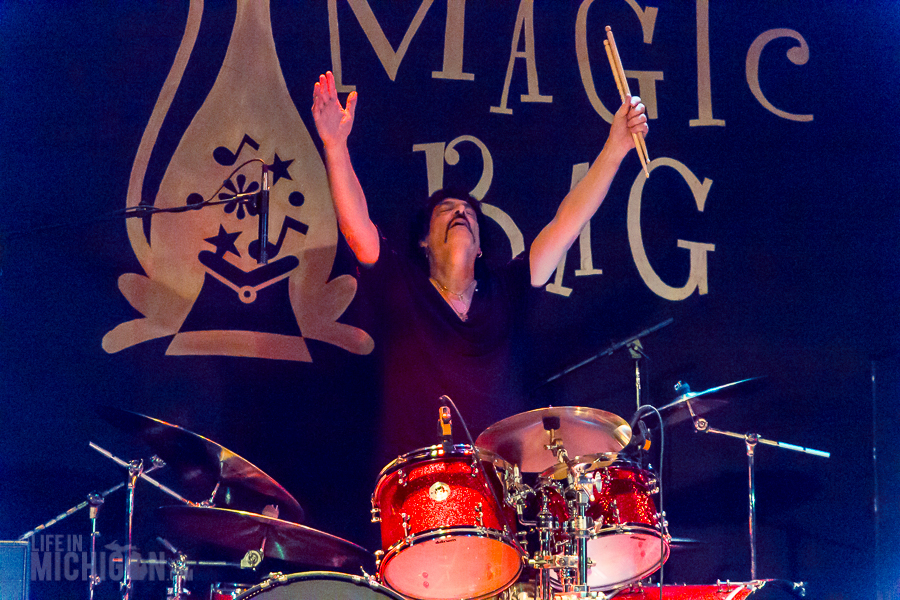 Jimmy Kunes made the music come alive with his excellent vocal range. As all good frontmen, he kept the crowd engaged and made everyone feel like they were part of the show. He sounded great on each tune, but really stood out on “Evil” and “You Can’t Judge a Book By Its Cover”. 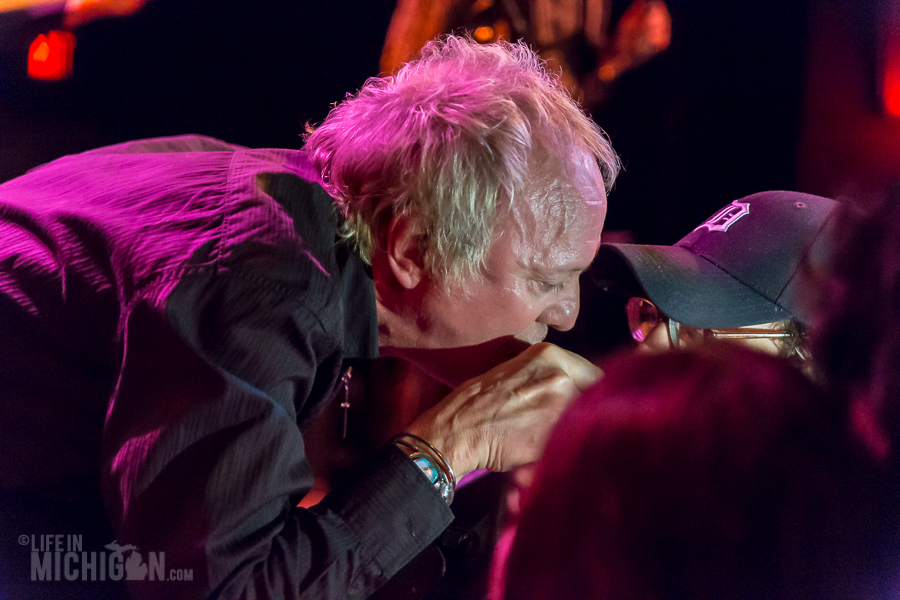 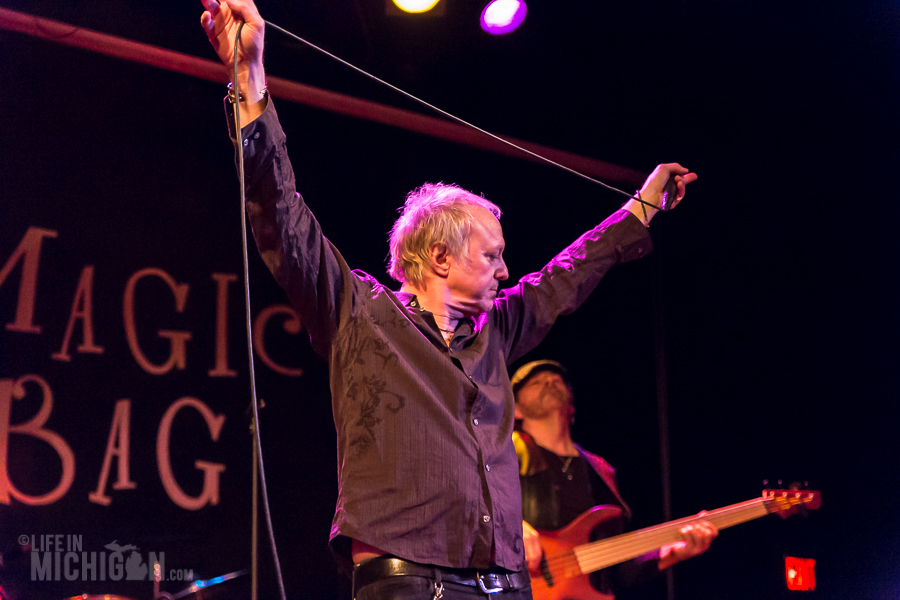 The glue locking down the groove was the bass playing of Pete Bremy. He made full use of his 5 string bass. He played deep in the pocket, yet also ventured outside with some cool runs. 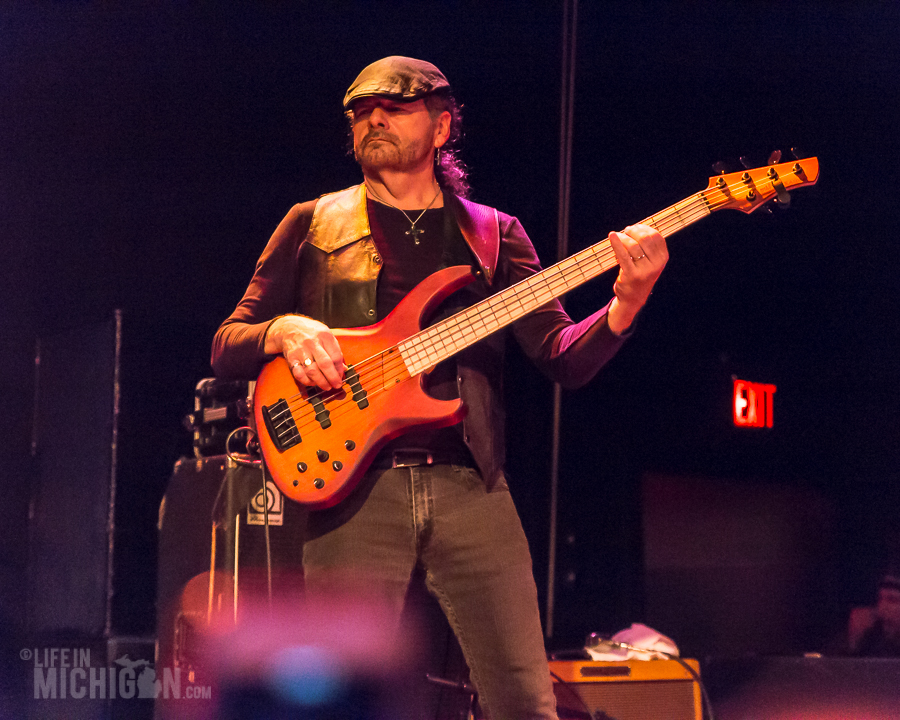 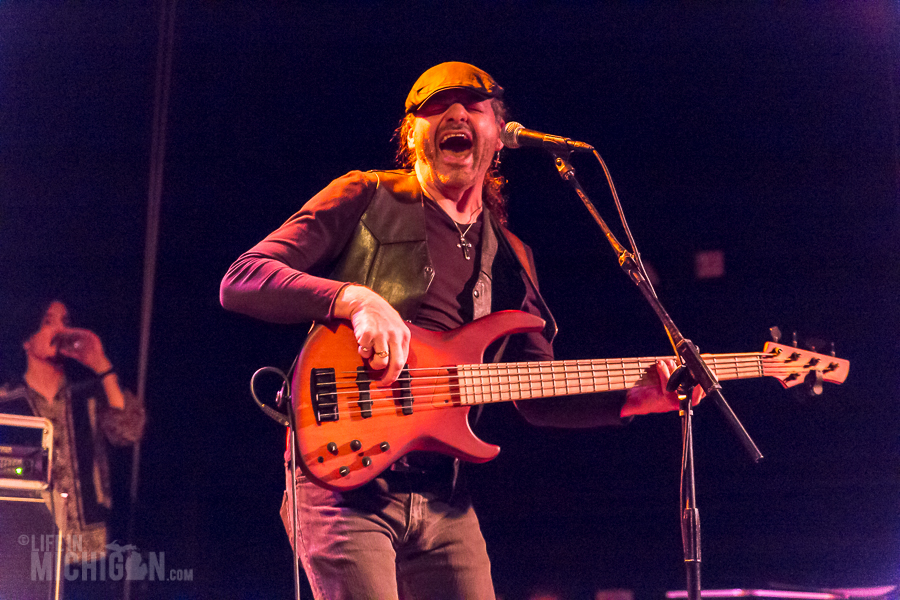 Last but not least there was Randy Pratt adding vibrancy and color with his harp playing. 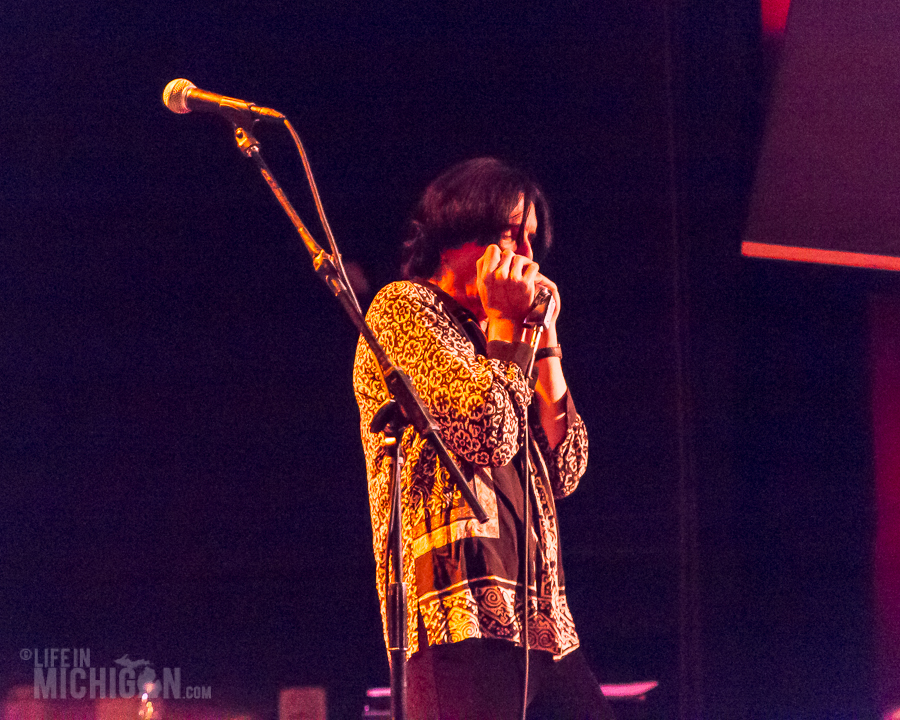 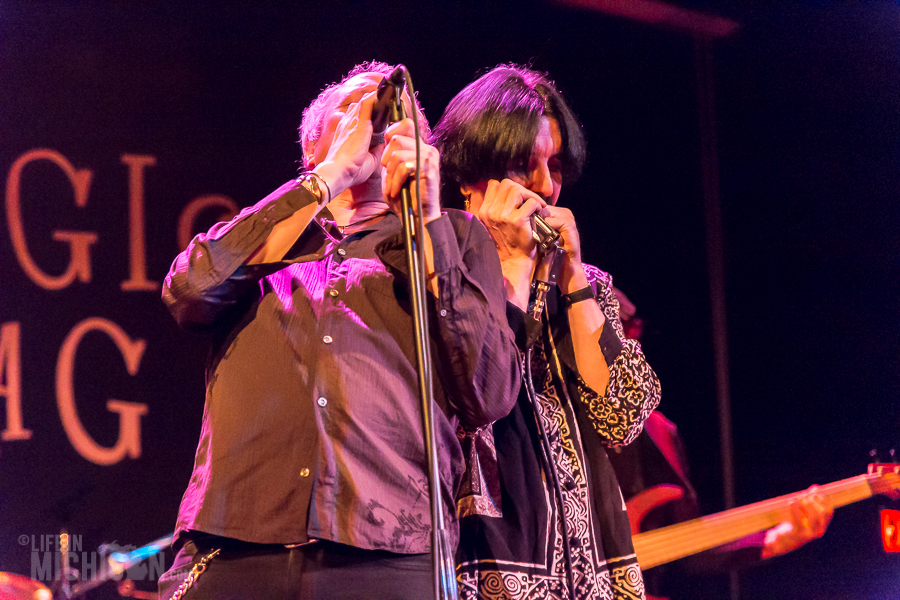 The audience loved every single song and when Cactus finished up their set with “Parchment Farm”, they shouted for more. Cactus obliged by playing “Cactus Boogie” and sealing the deal with “Rock and Roll Children”. This was a fantastic show with two excellent bands playing with all their heart and soul. Be sure to stop by the gallery for more photos of Cactus.

Did you check out the Cactus and Muggs show? Or do you just love their music? Leave us a comment and share your story.