Camp Sober is a fading memory of American farm-life but thanks to a sawed-off shotgun and a deer hunting story too good to be true it won’t be forgotten. 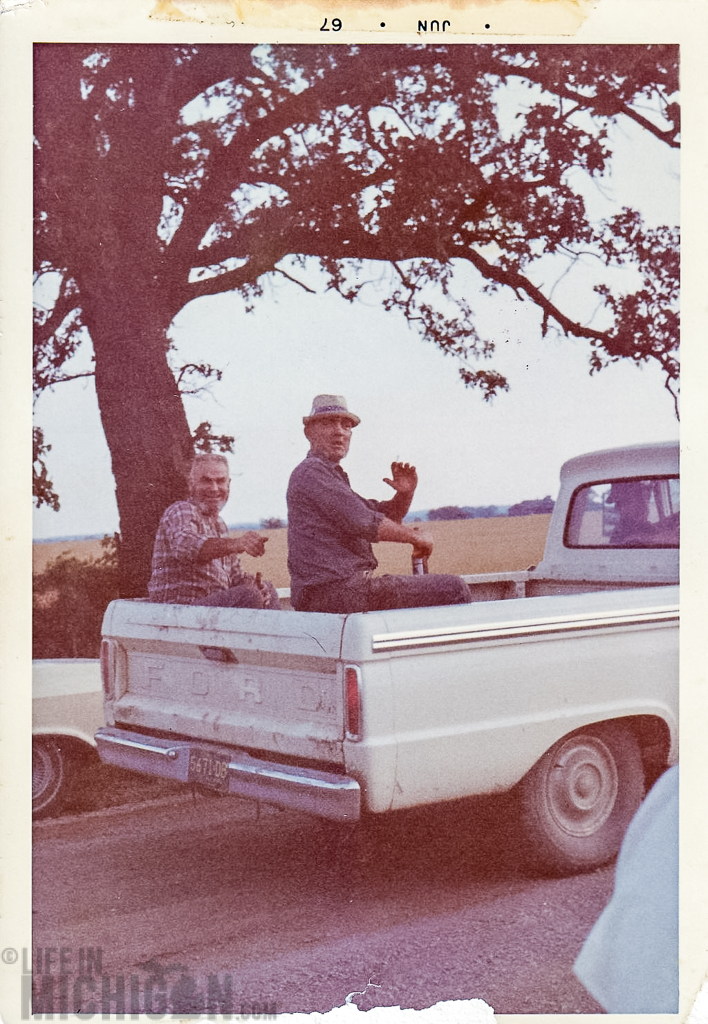 Camp Sober was a thing in the 1960s in Manchester. I wasn’t even conceived until the mid-point of the 60’s so I don’t have a recollection of it. All I’ve got are a few pictures and stories shared with me from family and sometimes total strangers. In the last month, I’ve had three people ask me if I remember Camp Sober. “No,” I say and shake my head, “It was before me.”

Near as I can figure it was a club my father, L. Dean Sodt, and his best friend Allen Alber established at the very end of a farm lane off Hashley Road. They christened it with the name “Camp Sober” by combining their last names. I’m sure they thought they were very clever.

I’ve asked two of my sisters who remember going to Camp Sober about its mission. My sister Dianne said, “Dad loved to gather people together and feed them. It was a gathering place.” My sister Martha recalled a slightly different mission for the camp “It was Dad and Allen’s version of a deer camp. It was a place they could go and play cards, drink, and socialize.” 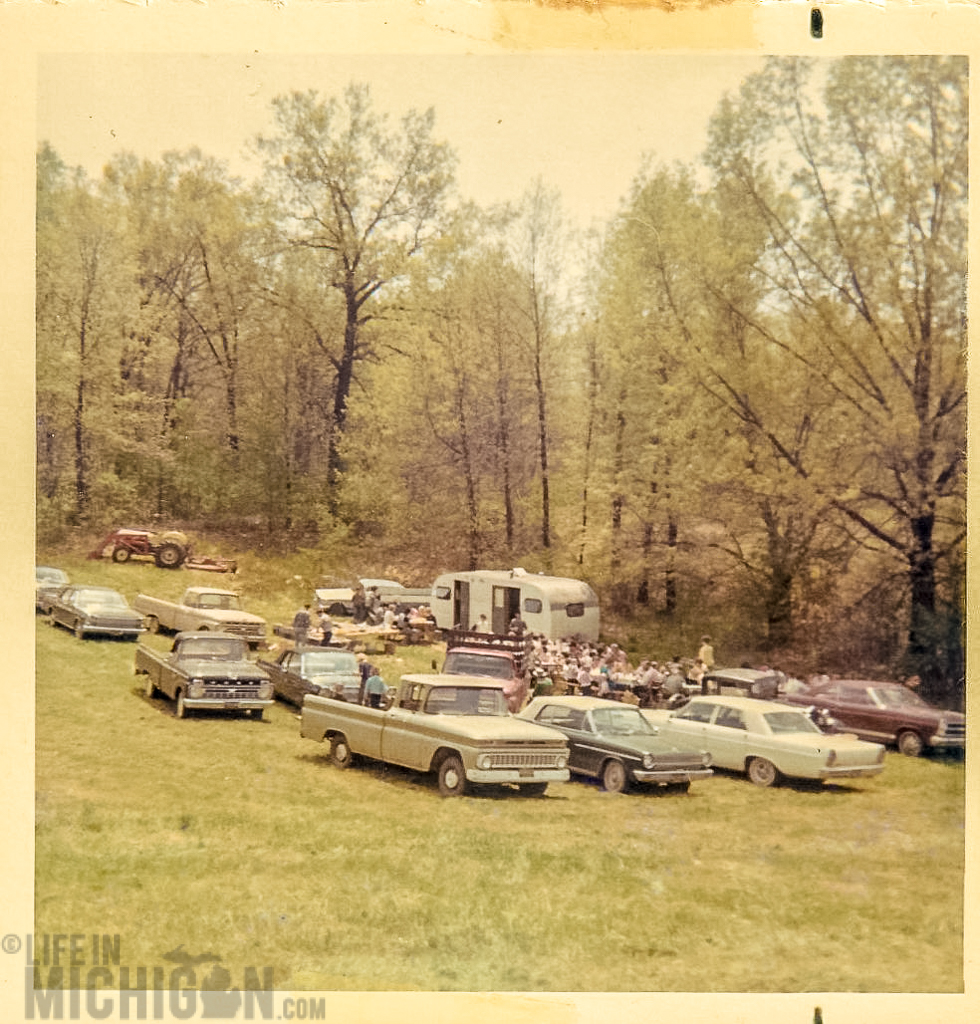 Martha says “Real hunters showed up at Camp Sober, but it wasn’t Dad or Allen.”

I found a clipping from the Manchester Enterprise in 1967 which referenced Camp Sober. 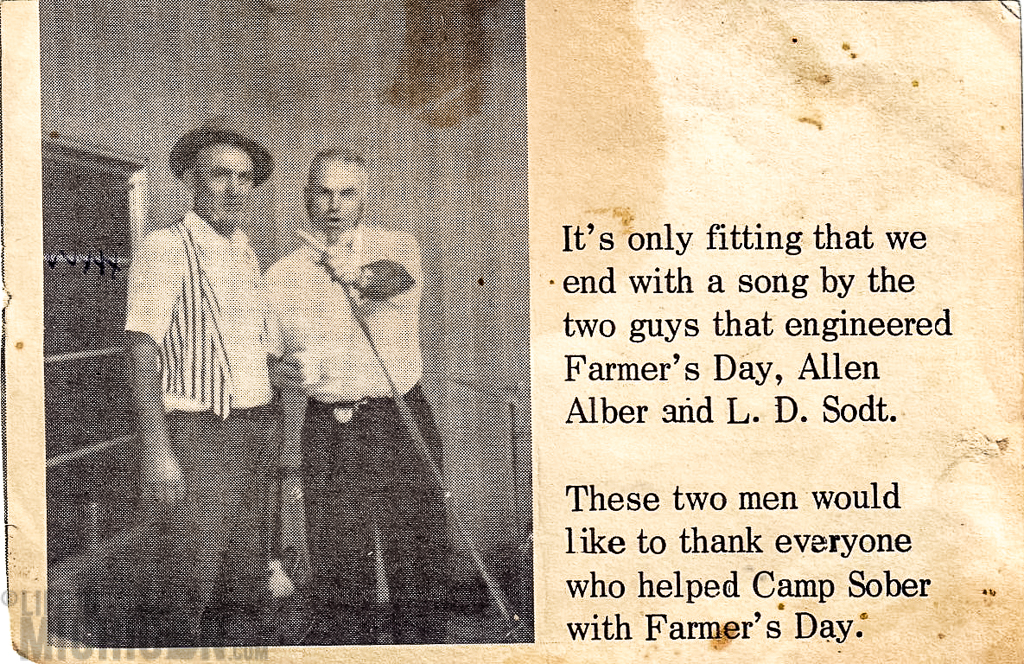 If you’ve got Camp Sober stories or pictures, please share them with me by leaving a comment or sending me an email.

Stories from the Front Row

I’ve always been just a tad bit envious of the front row seats Martha and Ron had for my parent’s life. I’ve spent a lifetime saying, “That was before my time.” Ron and Martha, on the other hand, arrived early. They can remember the ‘50s, ‘60s and possibly most of the ’70s. I swear all the good stories happened before I was conceived. Dad’s deer hunting story is one of these.

We will never know the catalyst which prompted L.Dean to show-up at Martha and Ron’s door with the sawed-off shotgun in hand. It is entirely possible he found the gun tucked away in a tool shed or closet. I envision that he remembered the story and wanted to share it with someone. He looked across the yard and saw Ron and their back door and decided at that moment, “I’ll give this to Ron.” I guess you could say it was a perk to living around the corner from your father-in-law.

Thankfully Ron is a great storyteller and if prodded, will share family stories. He was gracious enough to let me make a video and upload to YouTube.

“L.Dean was out deer hunting with Allen Alber and were driving down Hashley Road when they saw a buck running down through the field.” Wait a second, I say, “Was it early morning or late afternoon?”

“I have no idea,” Ron said. “I know they were drinking. So what does that tell you? It could have been any time of day. So they stopped at L.Dean’s house and grabbed the shotgun.”

“Oh, so they weren’t even out hunting,” I squealed. “No,” Ron said matter of factly. “They were just driving down the road, like any old day getting ready to go back to Camp Sober. Do you remember that camp?”

I whisper, “It was before me.” Ron barely notices my reply because now we’re getting to the good part of the story. “L.Dean jumped out of the truck and went running towards the ditch back there behind the barn.” Ron gestures towards the west where the barn used to be. 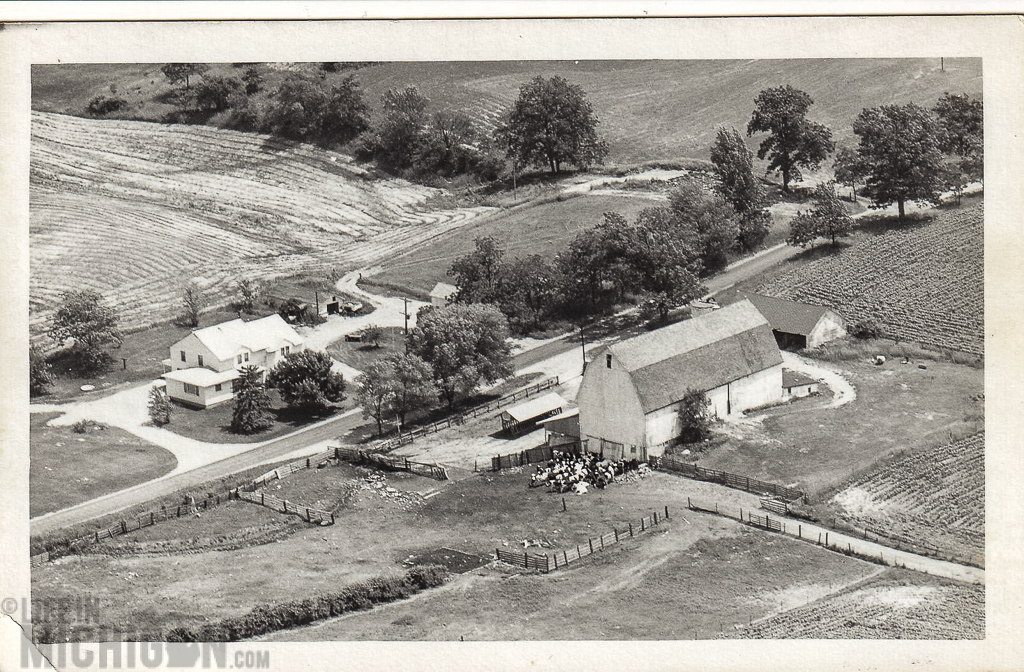 “L.Dean fell someplace, like in the cow pasture or something and the muzzle of his gun went into the mud. Allen Alber went down the road with his truck and into the hay field to chase the deer back. When the deer is within range, L.Dean pulls up to shoot at it and Co-Wam! The end of the muzzle blew open. It was full of mud. It was all split open.”

I am still mystified that he didn’t know the muzzle of his gun was full of mud. And didn’t they realize they were breaking several laws?

Ron didn’t miss a beat and apparently, L.Dean or Allan didn’t either. “They took a hack saw and cut off the end of the gun and went back to hunting the deer,” he said.

Ron admits they might have added a little bit to it since they’d had a few drinks.

With help from their friends, they eventually got the deer. They chased it on to Martha Feldcamp’s farm where Allen shot it. But the deer wasn’t ready to quit. They chased it into Kennedy’s marsh before it finally fell. When they returned home with their trophy, Betty, my mother said, “That deer is rancid. It was in rut and you’ve chased it all over hell and gone. I’m not cooking it. Get it out of here.” Probably the only part of the story which is accurate. I know she hated cooking wild game.

If you’ve got a Camp Sober or story about my father L.Dean, please share. Leave a comment or send me an email. I’d love to hear it!