Our first introduction to Canton Brew Works was during the Detroit Fall Beer Festival. We were enamored with their beer and after we’d recovered from the festival we liked their Facebook Page. They are super responsive on their page and have an interesting line-up of events including beer and cupcake pairings. I’ve got to make time for that event! 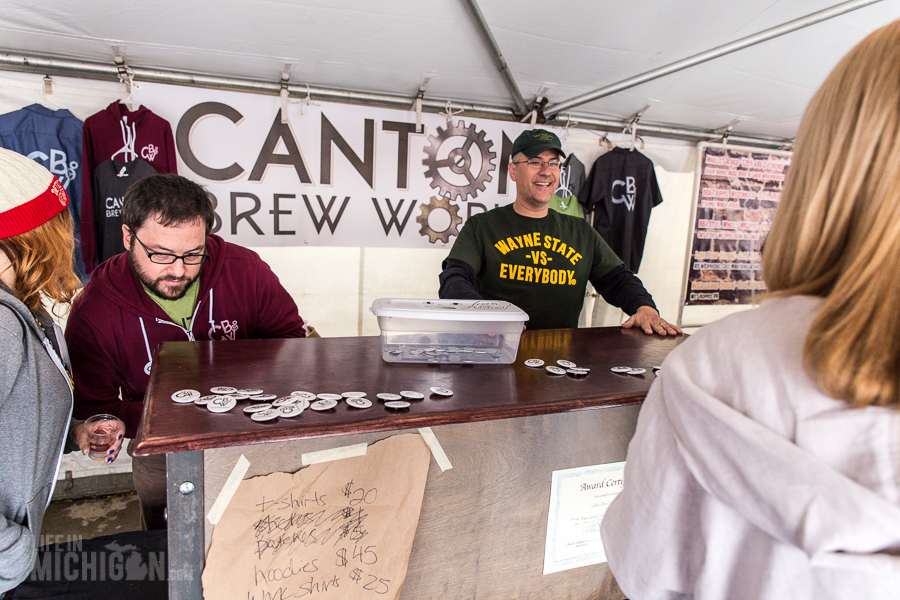 We met Jason during the Goose Island event at the Heidelber in 2014. He is the mastermind behind the MiCraft Beer Culture Magazine so meeting him was a treat! (He is the handsome devil with the glasses!) The other guy in the picture is Bill Savage one of the brewers at Goose Island. 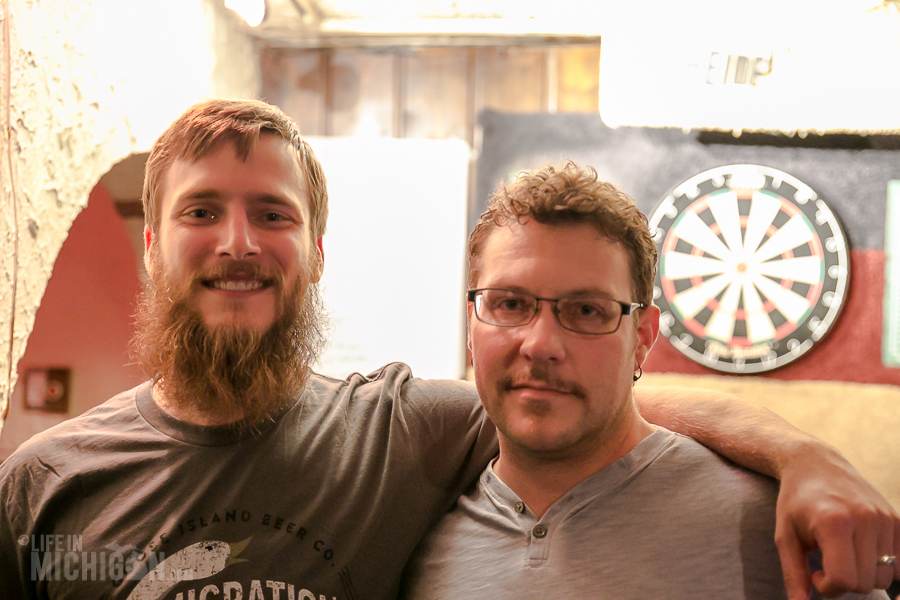 As the name suggests, it is located in Canton, Michigan. Just a hop, skip and a jump from our house. It is easy to find on Lilley Road so you don’t have any excuses for not stopping by to sample their beers for our yourself. 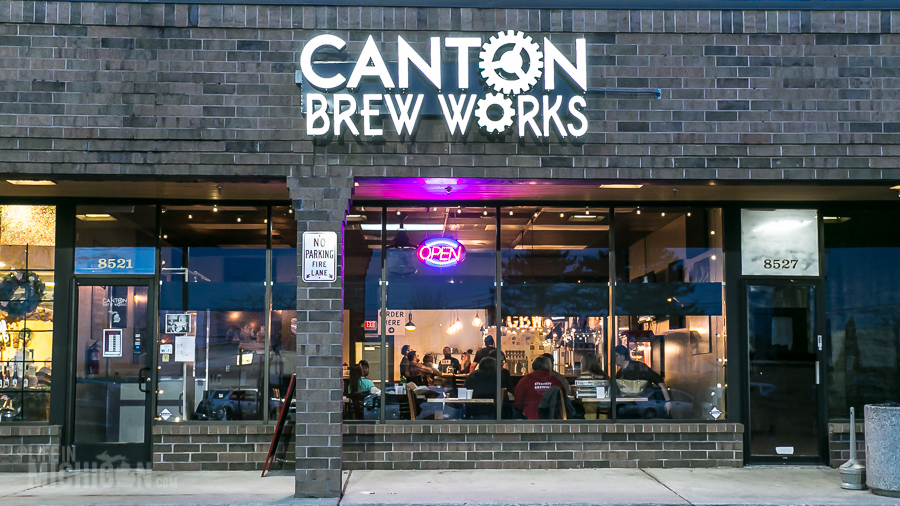 We arrived a little before the pop-up dinner was scheduled to get the lay of the land and snap pictures. It got crowded, fast (FYI). 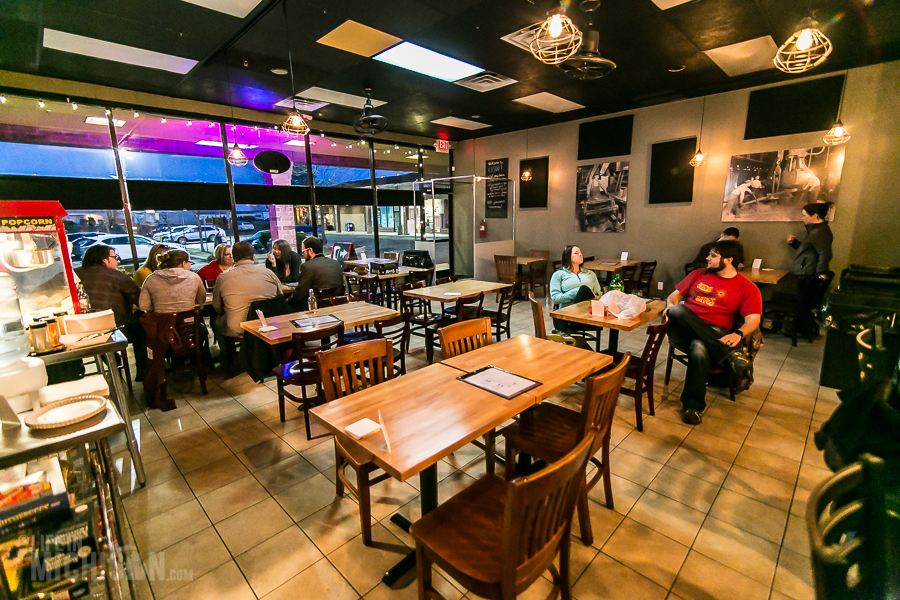 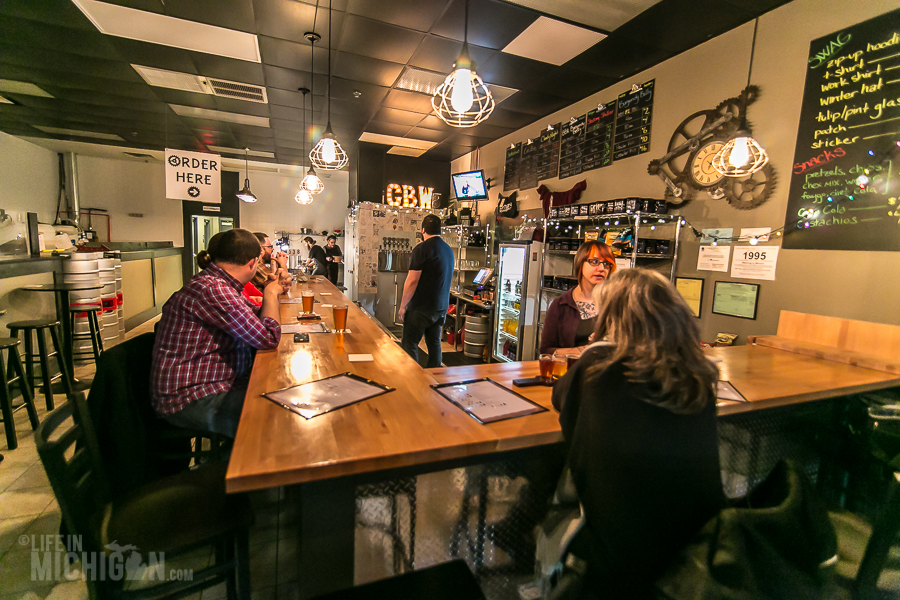 I ordered a flight and Chuck ordered a pint of the Cloudy Night. Cloudy Night is a black IPA with just the right amount of hops. All the beers were good and we stayed for a second round. 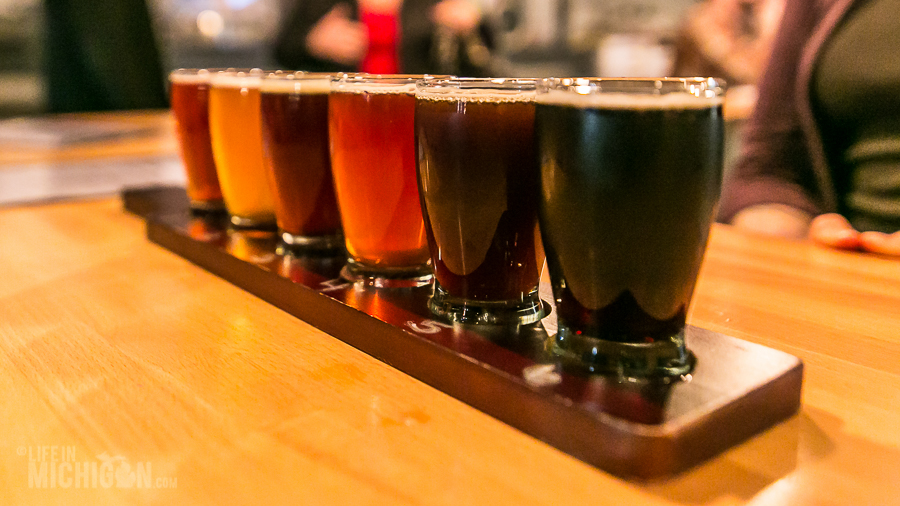 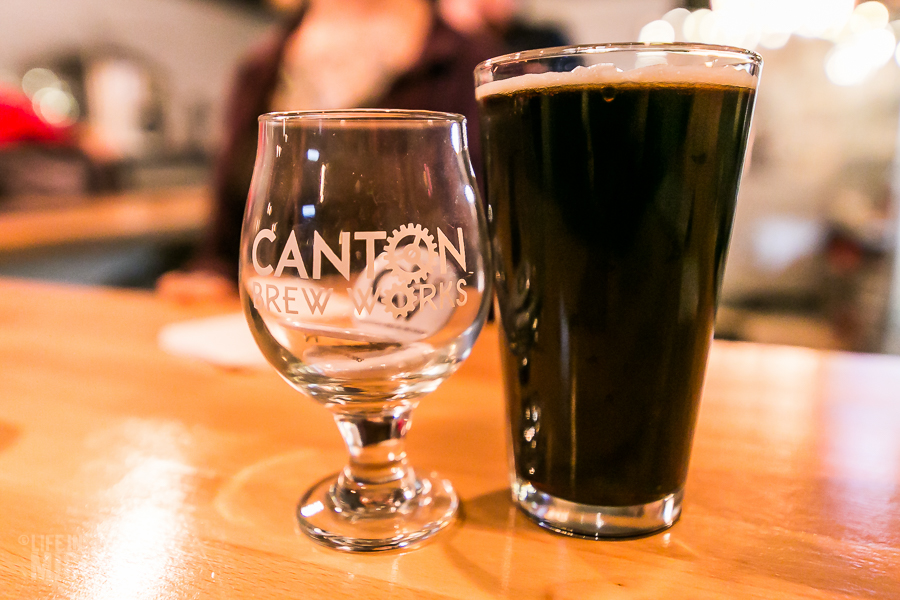 While we were waiting for dinner to be served we discovered their coasters. You unleash your inner artist and draw your own designs. A few of the more “interesting” designs are posted behind the bar. We are thinking that Canton Brew Works could have a coaster art contest as they have some talented patrons. 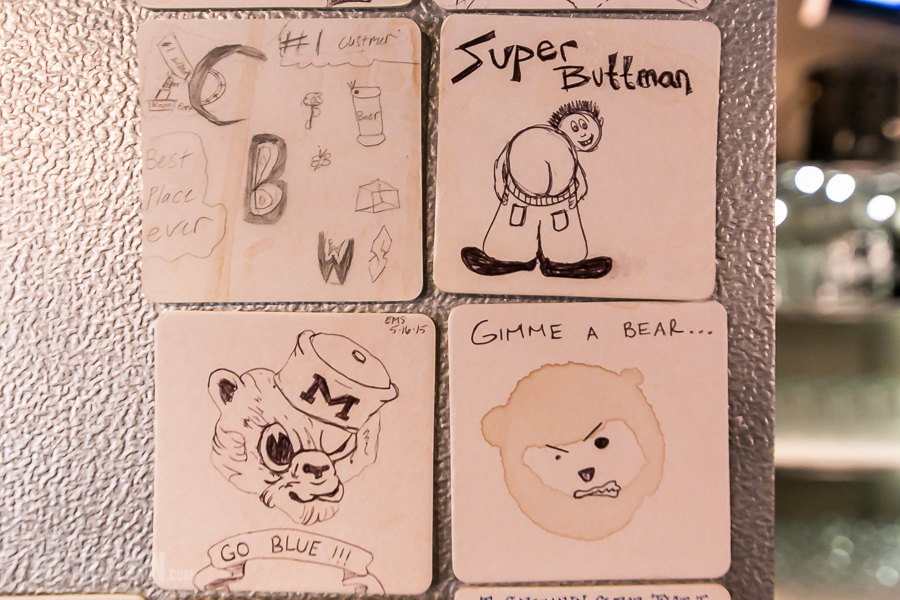 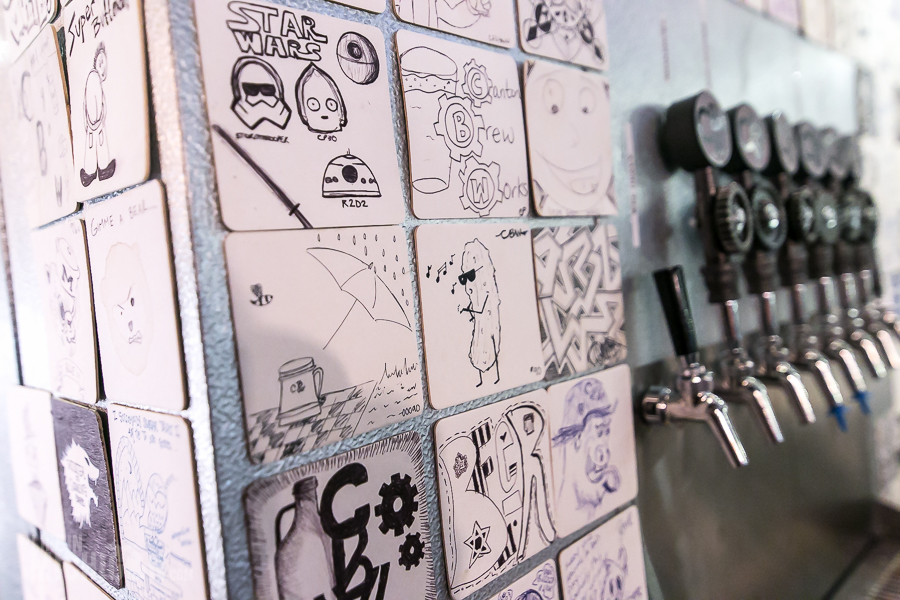 Jason and Brandon created a delicious menu for the pop-up dinner on January 30, 2016. Everything was created from “scratch” and the pancetta took months to cure. 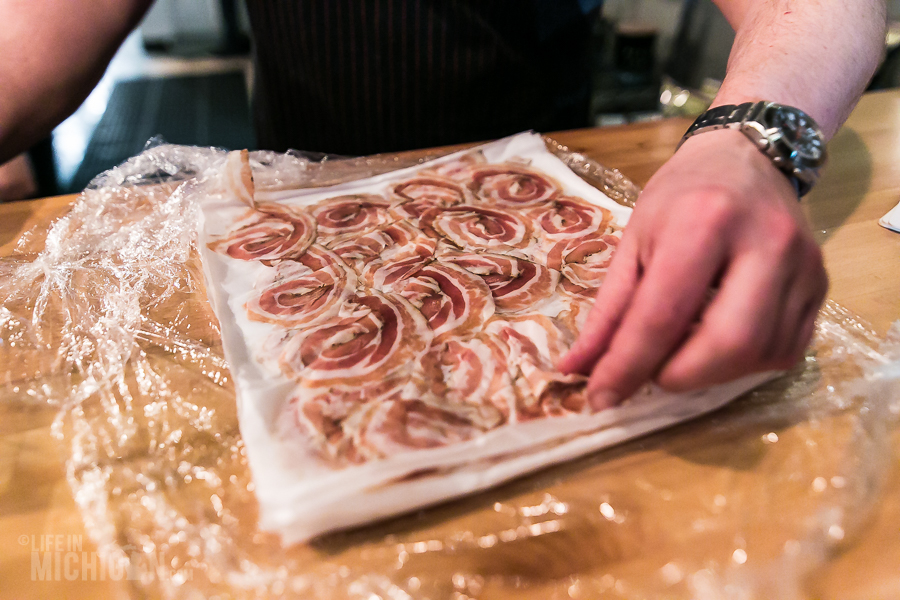 I was super excited to see the menu for this pop-up as it included several vegetarian options. 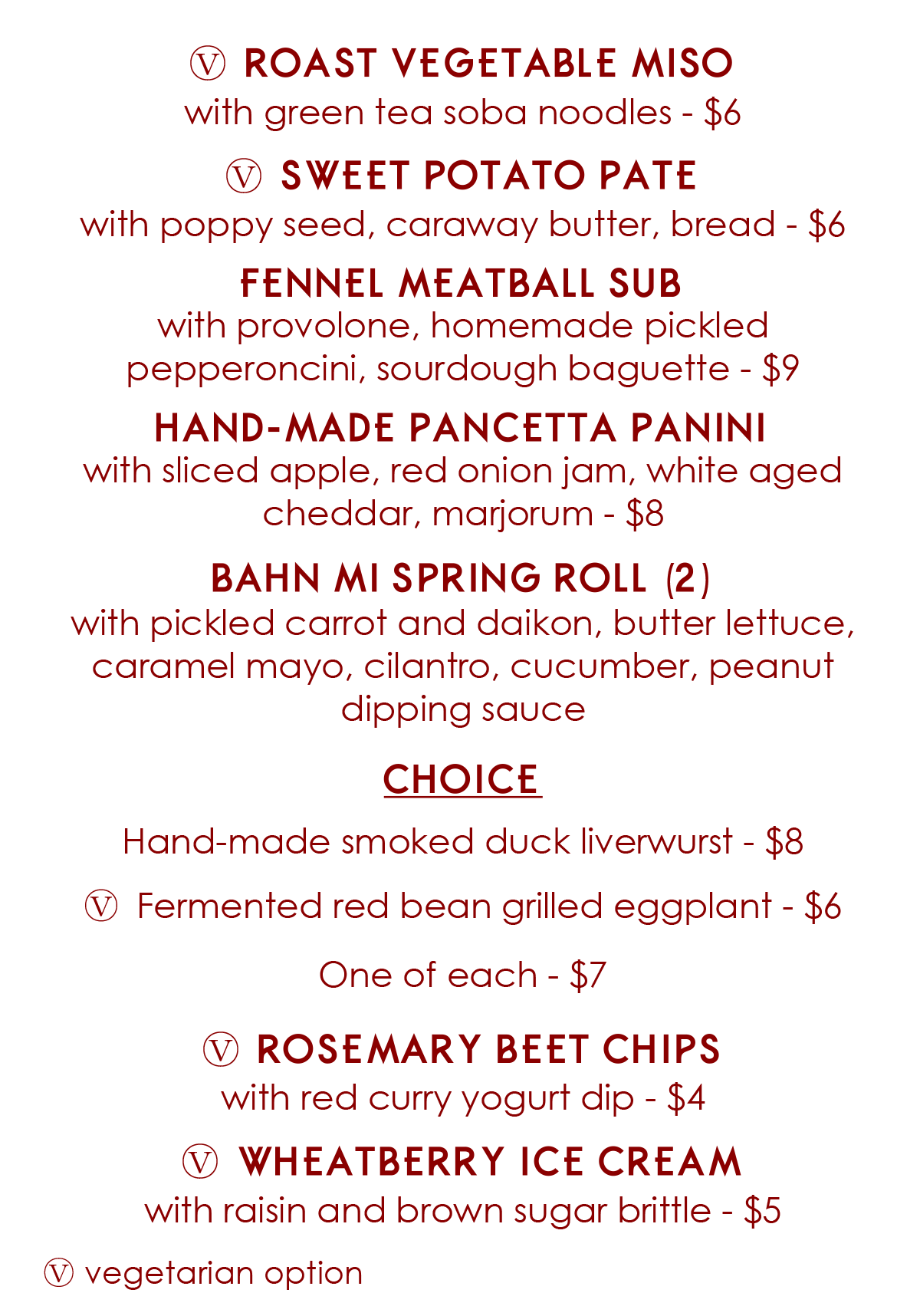 The Chefs enjoying a pint before the rush. It is critical for the chefs to stay hydrated. 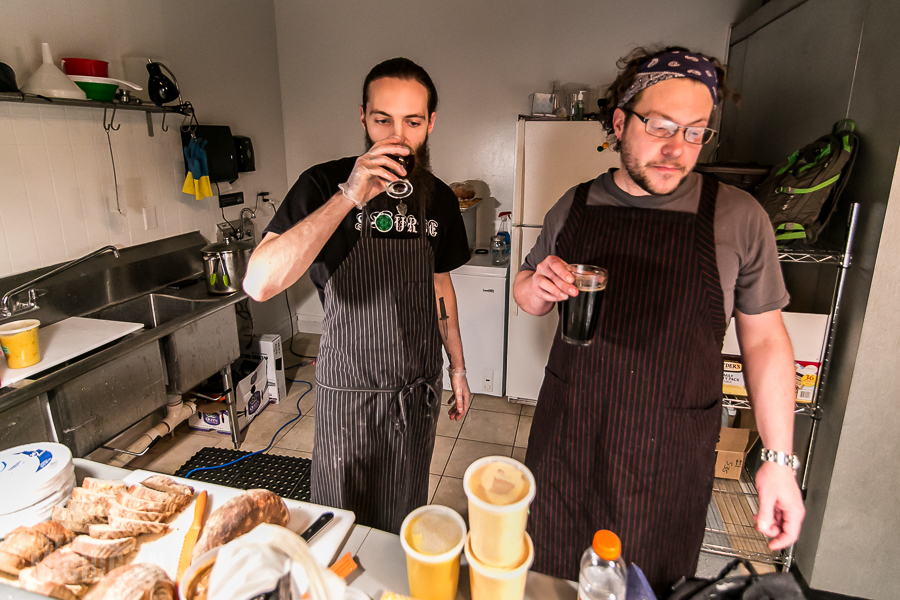 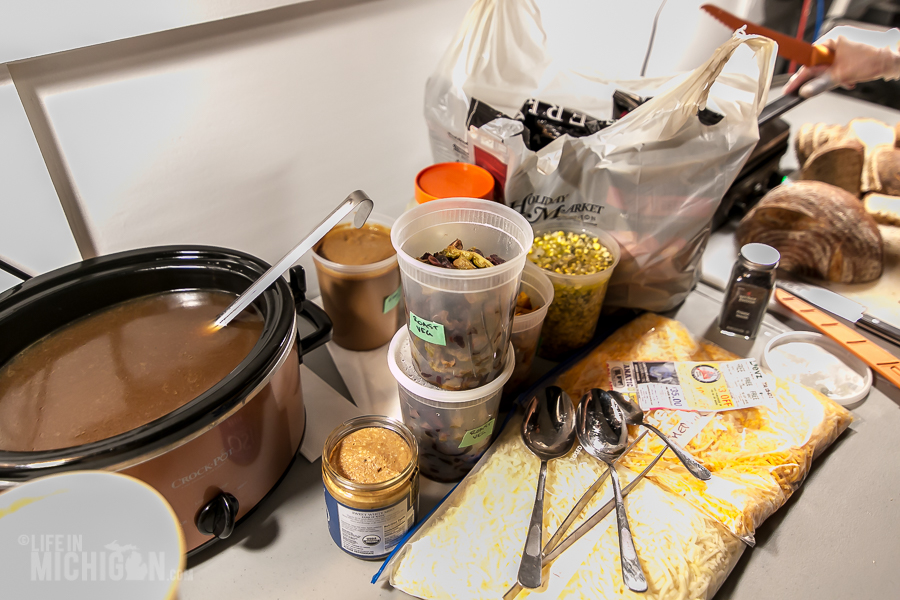 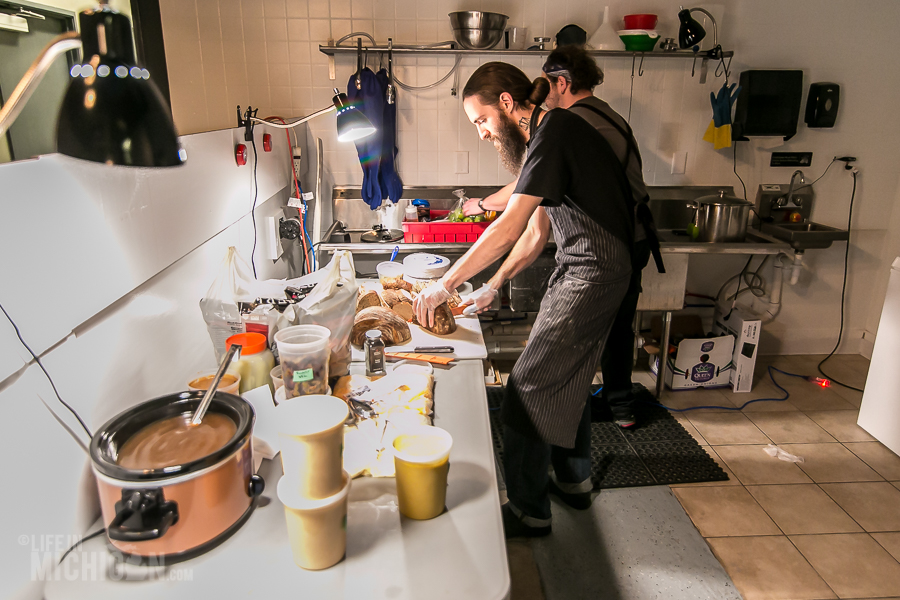 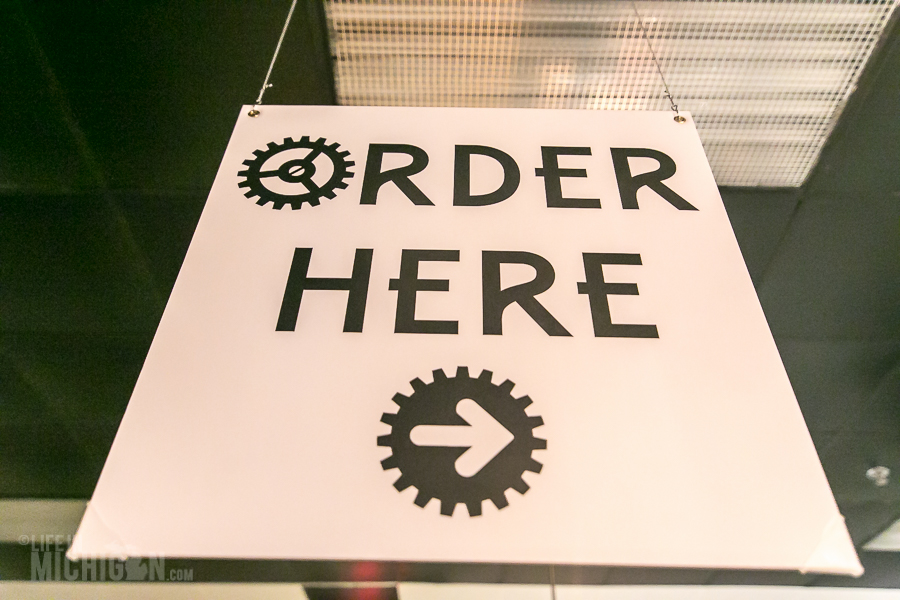 We ordered the Sweet Potato Pate which came with crusty toasted bread. It was a nice pairing with either the Cloudy Night Black IPA or the Burgundy Belly Scottish Ale. 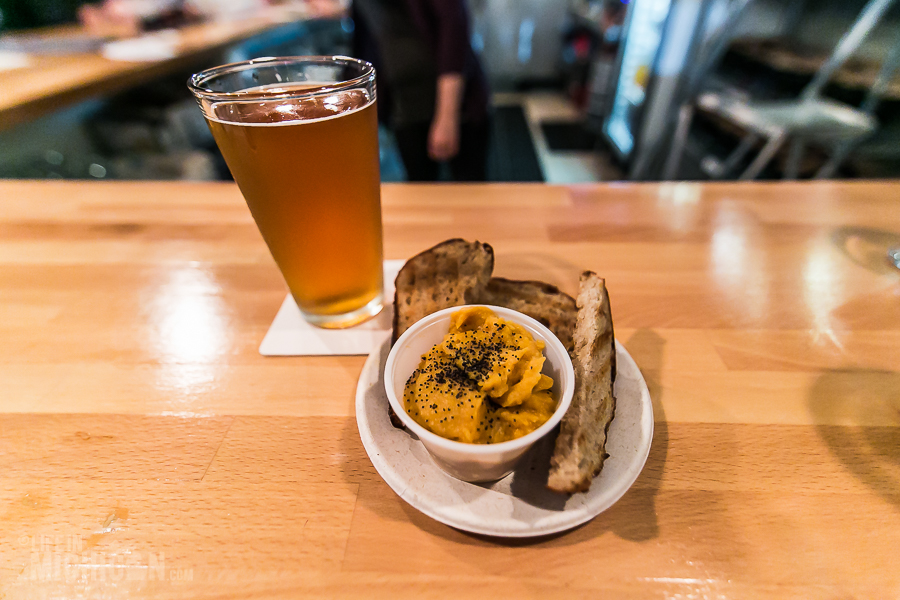 Next on the menu was the Rosemary Beet Chips. It was a great snack as the homemade dip had a great zing to make your tongue sing. 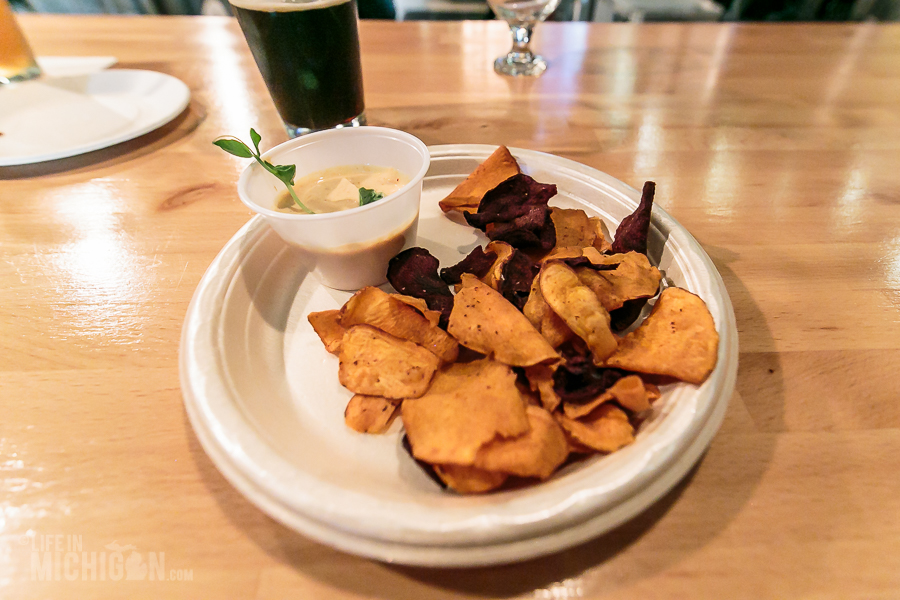 For our main course we had several orders of the Bhan MI Spring Rolls which were very filling and came with a wonderful peanut sauce. 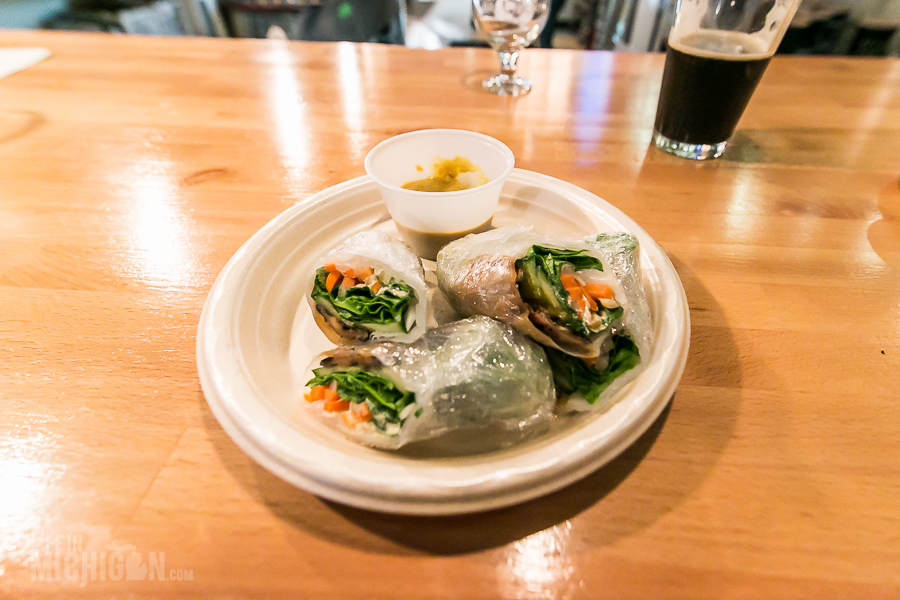 We enjoyed our visit to Caton Brew Works and the Pop-up Dinner with Chefs Jason Osburn and Brandon O’ Sullivan. Many thanks to Cristina Nieves from Canton Vrew Works for answering our questions. Watch Canton Brew Works’s event page for more dinners and events.  You can see more pictures in our gallery.

If you enjoyed our story about Canton Brew Works and Pop-Up Dinner, then please share it on your favorite social media venue or send it as a link to your friends and family.