The underground of Bona Sera in Ypsilanti made the perfect venue to see Michigan’s Captain Ivory return home for the release of No Vacancy. 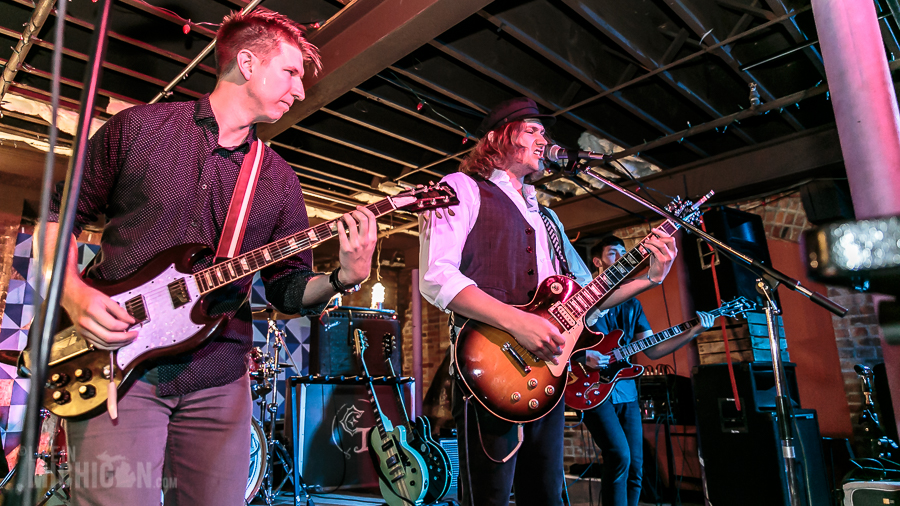 Brenda and I have been fans of Captain Ivory since we stumbled upon them at Water Hill Music Fest a couple of years ago. Since then the band has gone through some personnel changes, released two albums, and relocated to Nashville, TN. They still consider Michigan home and we were thrilled when they announced that they would be holding a record release party at Bona Sera in Ypsilanti. The new album called No Vacancy came out on April 13th and it received a flattering review by National Rock Review. Ok sure, I wrote the review, but that doesn’t diminish how great the music is. 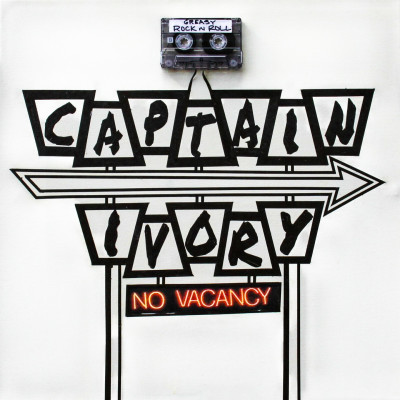 Detroit’s own Jennifer Westwood and the Handsome Devils got the evening started on the right foot with their brand of rocking country music. From the first note, Jennifer and the band sounded great. Jennifer has a wonderful soulful voice with a satisfying mix of grit and vibrato that stands out in the music. 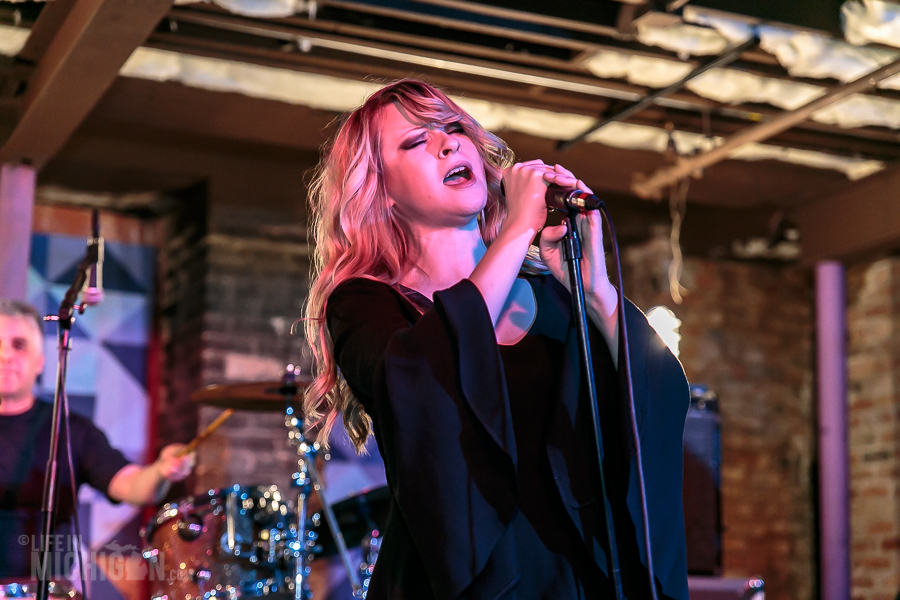 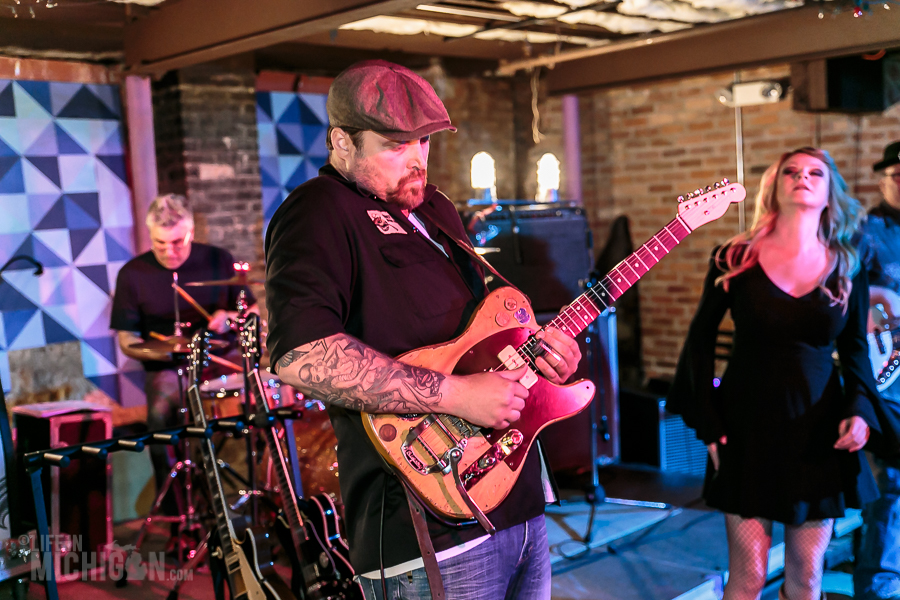 The band was tight with the guitar playing of Dylan Dunbar being a key ingredient. I really dig the way he moves from country twang to dirty blues. This band is always a joy to listen to. Their set is short, but well received. Take a peek at the pictures of their set in our gallery. 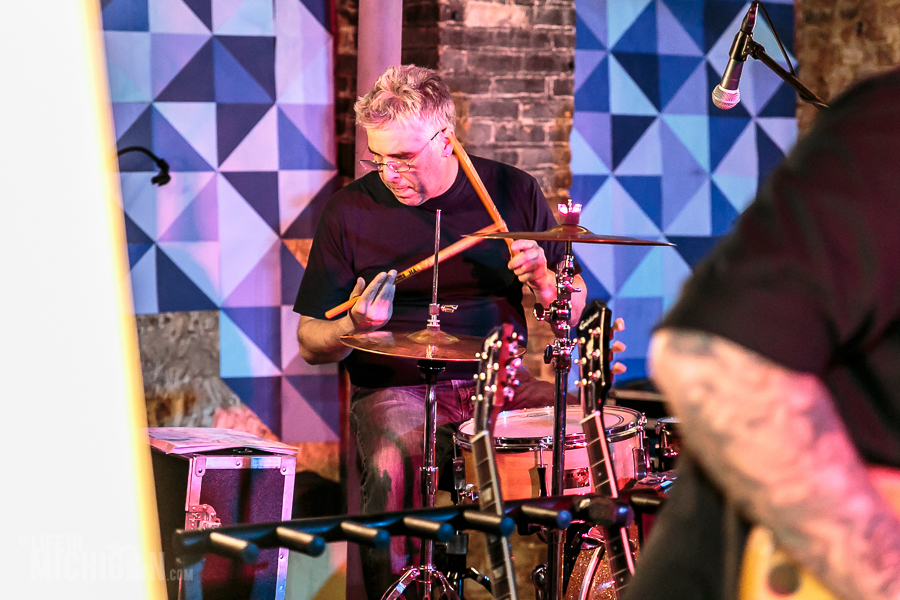 Combine upbeat country music with lyrical content about vampires, mummies, and Big Foot and you get Fangs and Twang. These guys from Ypsilanti reinvent the art of country music storytelling by injecting it with a ton of humor and plain old fun. Their tongue in cheek approach to songs such as “Part Time Vampire”, “Transylvania, TN”, and “American Bigfoot” sounded great and had us laughing. 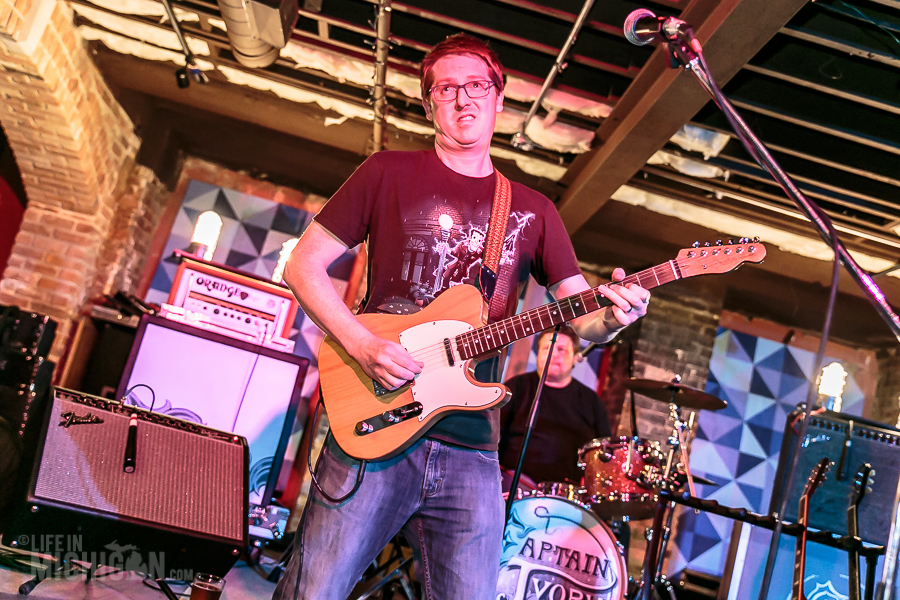 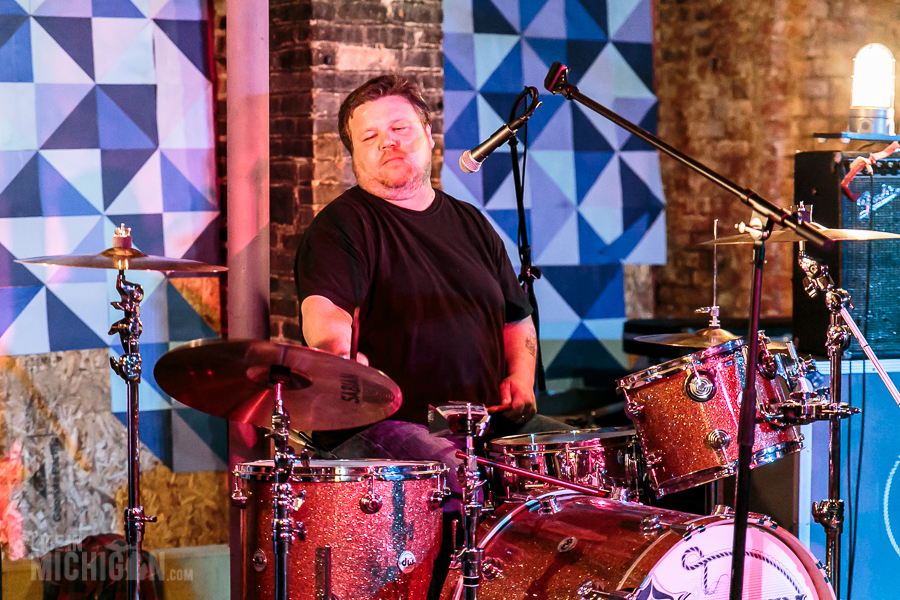 Their music had me smiling so much that I had to buy their cd which features some fun artwork by Jenny Harley who was one of the artists we had at GIG. This band is a rip roaring good time. Be sure to check them out if you get a chance. There are more pictures of the band in the gallery. 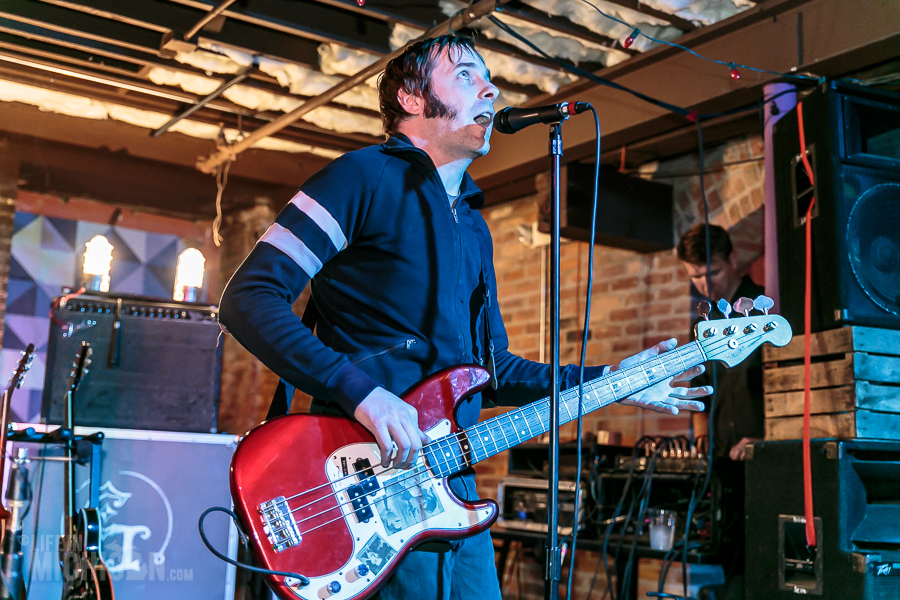 The underground at Bona Sera was just about packed with fans full of anticipation as Captain Ivory got on stage for a quick sound check. With the levels sounding good, they launched into the title track of “No Vacancy” from their new album. Have I mentioned that this album is great. Folks moved closer to the stage to bask in the heat from Captain Ivory. These guys were on fire from the start and you could feel the energy glowing in the room. 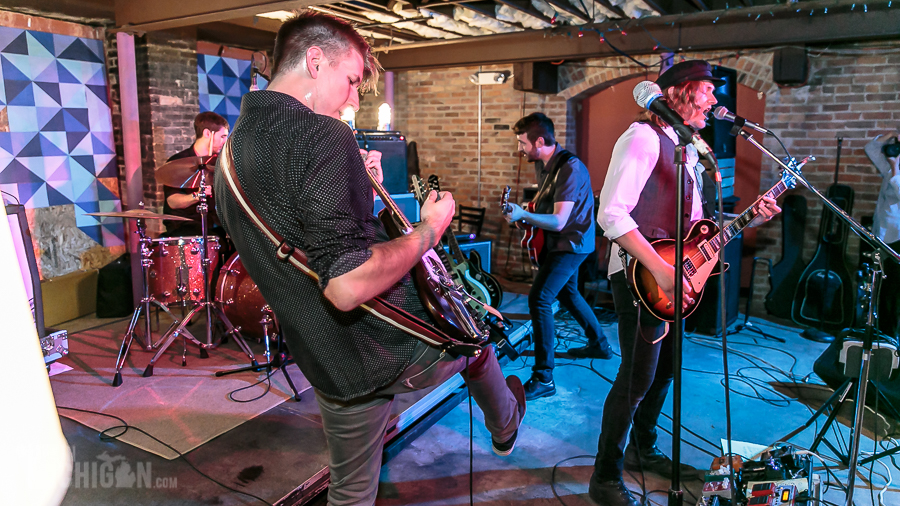 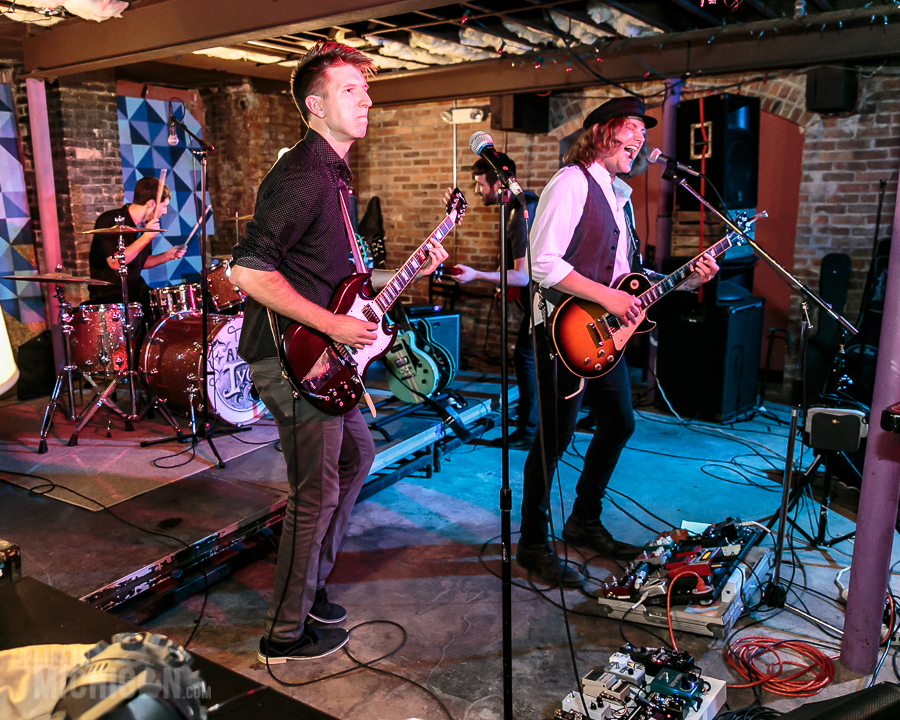 Captain Ivory’s set was heavy with songs from the new album. The new songs included “Comedown”, “Broken Light”, “Skinning the Hand” and “Paper Towns”. The new music sounded great live and stays true to the recorded version. This is a testimony to the immense musical skills of Captain Ivory. Damn these guys can play! The bass playing of Brett Smith is on par with the work of John Paul Jones. He is a real entertainer. Taking his bass out into the crowd to engage and entertain. 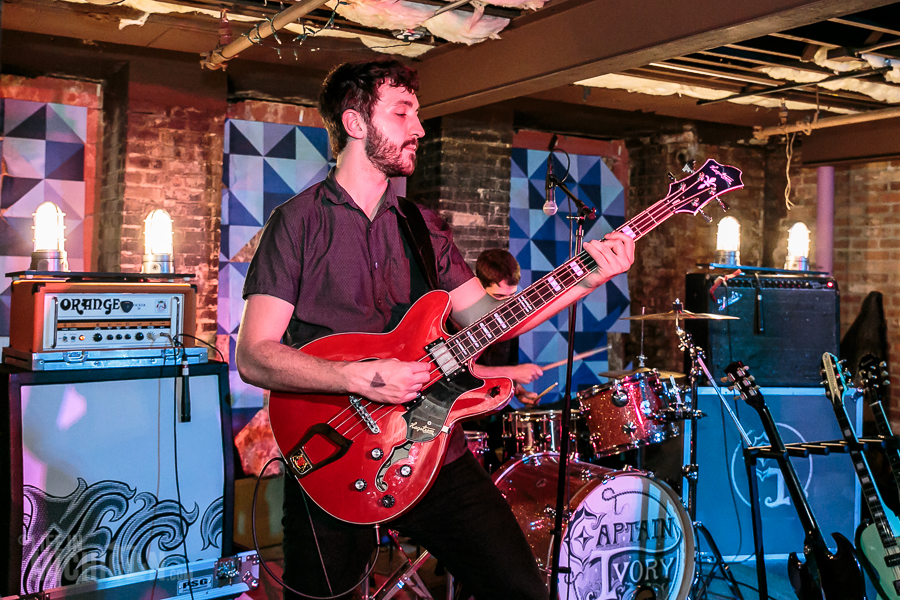 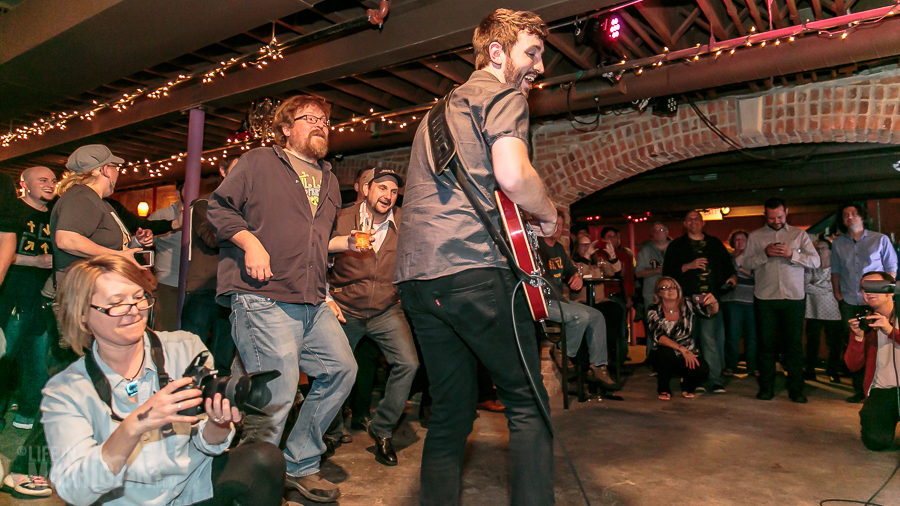 Seth Maschari is a wonderful musician who combines intangible swing with phenomenal technical prowess on the drums. When Captain Ivory played “Never Mine”, Seth’s drumming burned with brilliance. The vigorous heart of Captain Ivory lies with Robbie Bolog (guitar) and Jayson Traver (guitar/vocals). Robbie handled a bulk of the lead guitar work; lighting it up “No Vacancy” and whipping out some sleazy slide guitar on “Six Minutes To Midnight”. Jayson is no slouch on the guitar, but it is his gritty blues soaked vocals that add a secret spice making Captain Ivory a joy to listen to and a magnanimous live band. 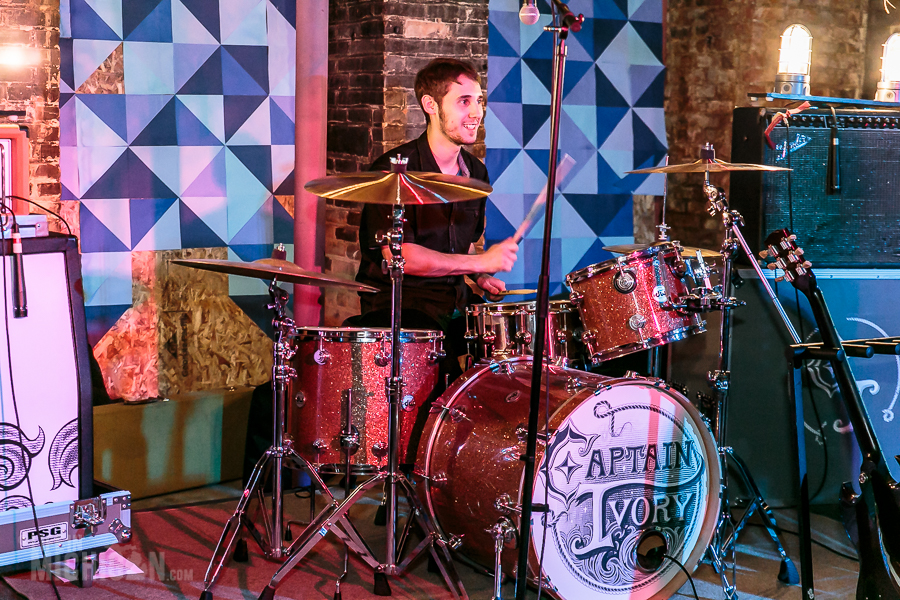 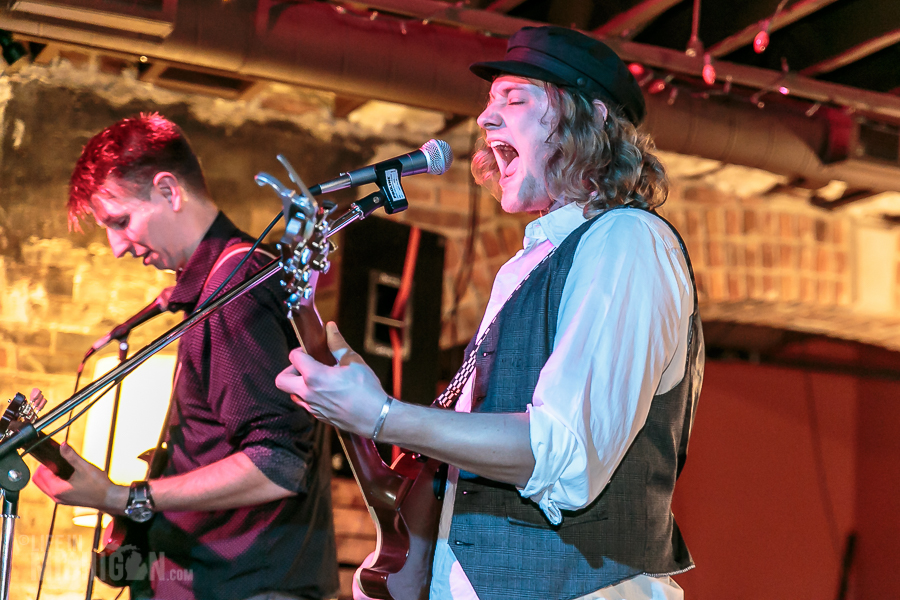 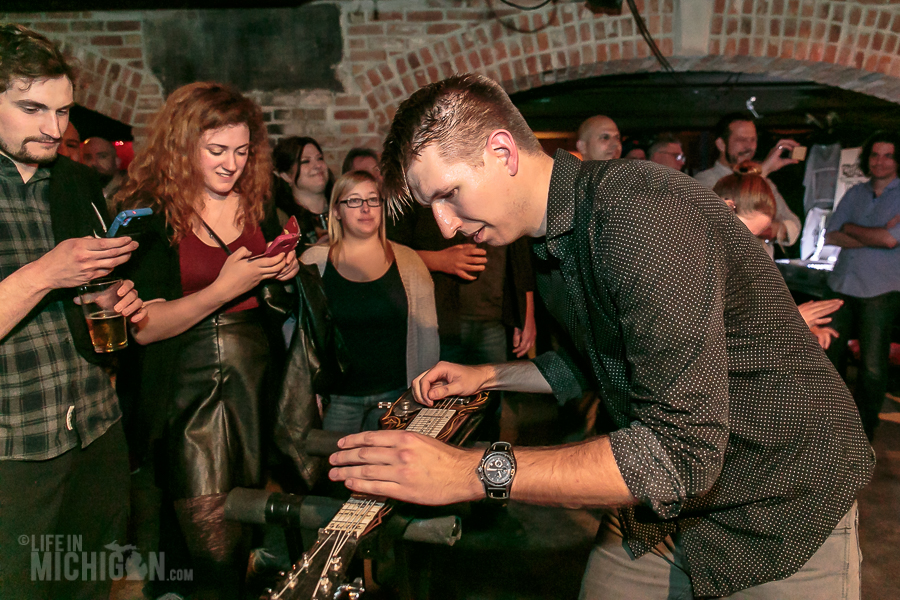 Captain Ivory sprinkled in a couple of great covers with the jazz-fusion of “Stratus” by Billy Cobham and the bitching funk of “Cissy Strut” by The Meters. I’m sure that everyone at Bona Sera would have been happy if the band kept playing on through the night. Sadly, all good things must come to an end and with cheers reverberating through the underground lair of Bona Sera, Captain Ivory wished us all a good night. As the echo from the amplifiers rang inside our heads, we savored Captain Ivory’s gift of rock and roll. Drop by the gallery to see images from this rocking performance. 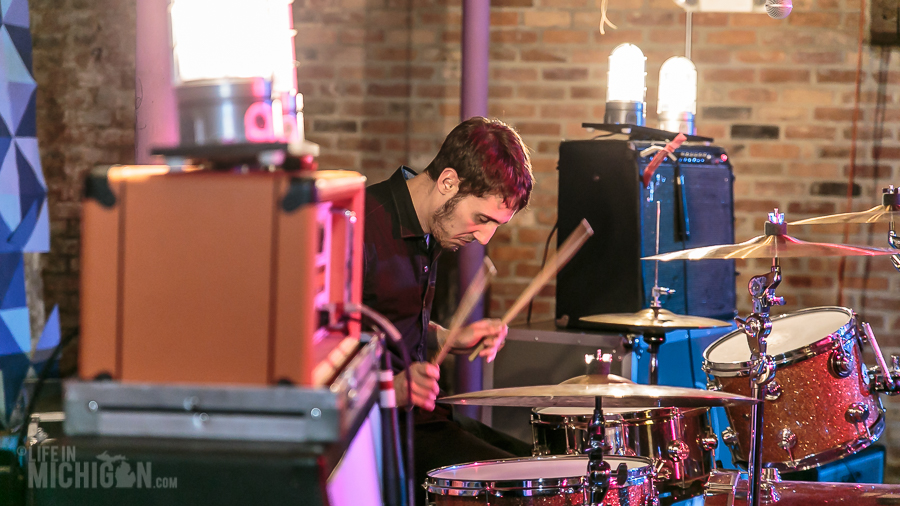 If you liked our coverage of the Captain Ivory No Vacancy record release in Ypsilanti, MI, then please share it on your favorite social media venue or send it as a link to your friends and family. If you’ve got a story to share or directions for finding the salt spring, please leave a comment.