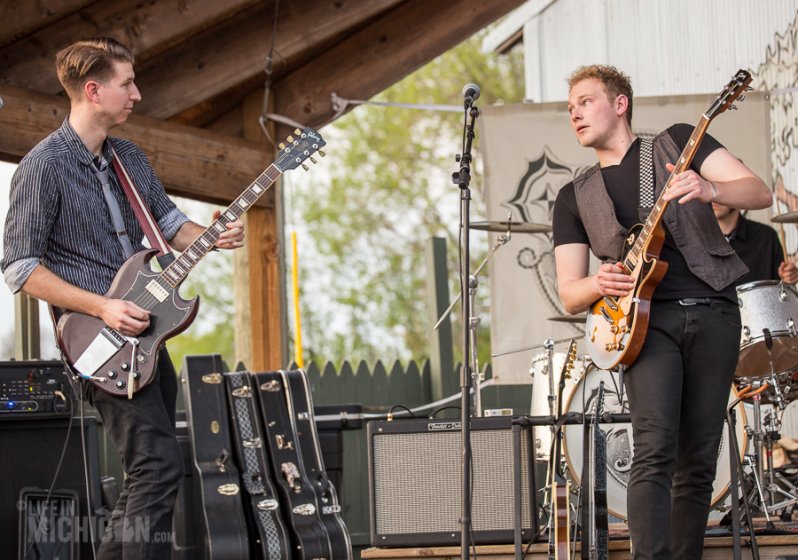 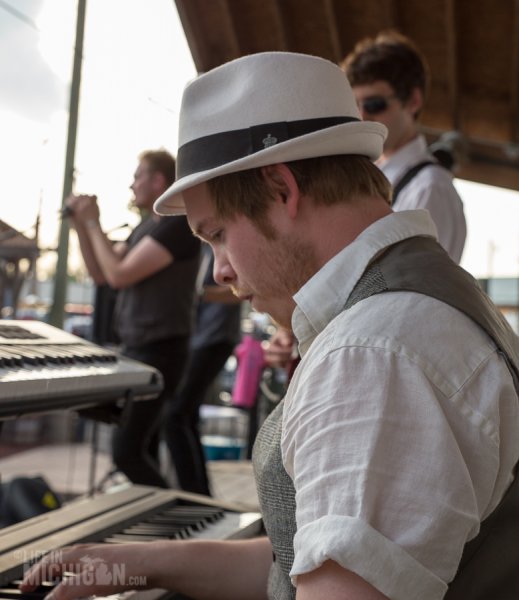 I was beyond excited to get to the Captain Ivory gig at Dark Horse.  I’ve been playing their cd non-stop since I bought it just four days prior at the Water Hill Music fest in Ann Arbor.   You can check out the review here on National Rock Review.  For me this band is one of those finds that puts a big stupid grin on your face because the music fits you like your favorite pair of jeans.

The weather was beautiful as the sun started to set.  Perfect for a night of music.  As I got myself a mug of Smells Like A Safety Meeting (yeah buddy!!) and ordered a pizza, Captain Ivory took the stage. 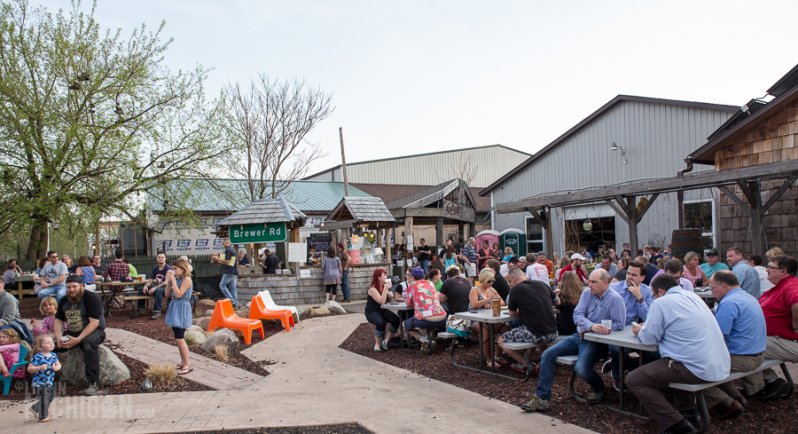 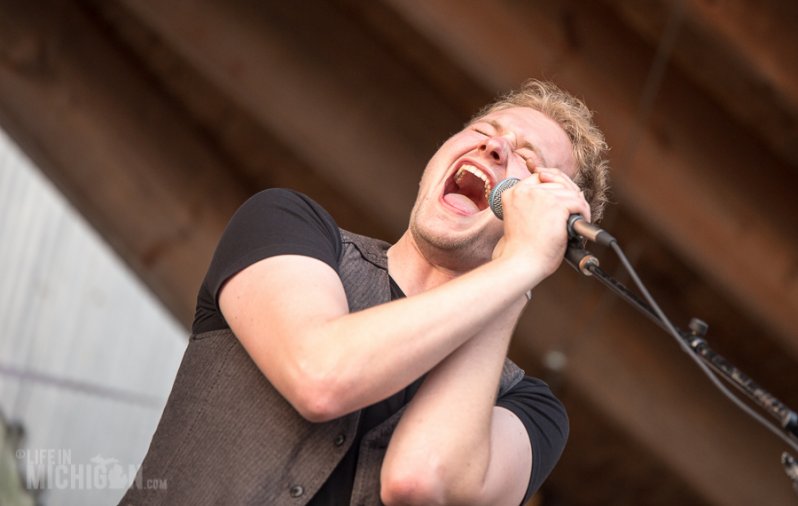 Their first set included a nice mix of a few covers along with their own material.   This included originals, such as the beautiful and agonizing Here You Are, along with my favorite tune Tennessee Approximately.  That tune has a great southern fried feel that latches on to you and won’t let go!  The covers included a great version of Dave Mason’s Feelin Alright played in the vein of the Joe Cocker edition.  The band also dug out Level by the Raconteurs in all its fuzzy glory.  This led into a stoked blues jam to close out the first set. 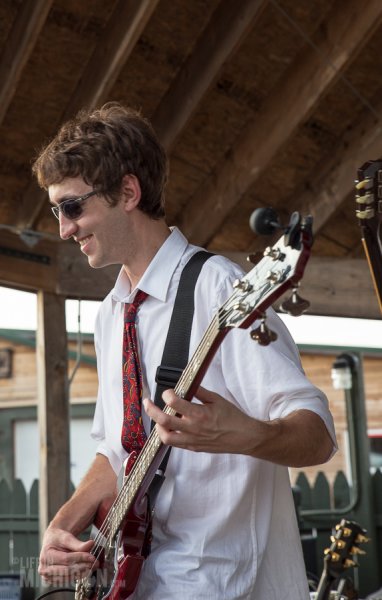 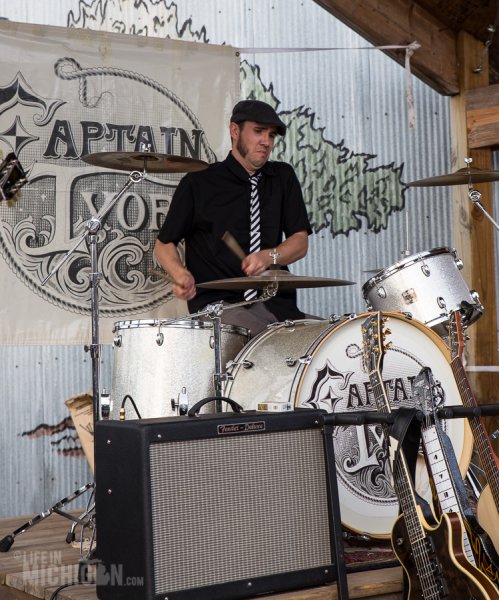 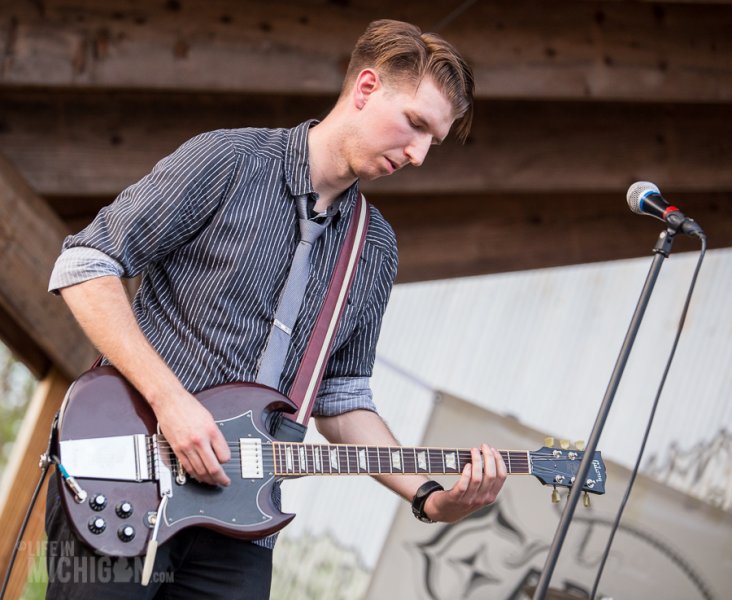 With a full belly (the pizza at Dark Horse ROCKS!) and another beer, I was all set to enjoy the second set by Captain Ivory.  They opened up with the swanky Baroness featuring its power chord goodness.  I was then floored by the fantastic cover of Immigrant Song by Led Zepplin.  Wow!  Just fuckin wow!  They followed with False Remedy which is a heavy and dark tune that fit well with the Zepplin cover.  The band kept the punches coming with their originals Curse Or Cure and Quiet Casualties and covers of Oh Well (Fleetwood Mac) and Ramblin’ Man (Bob Seger). 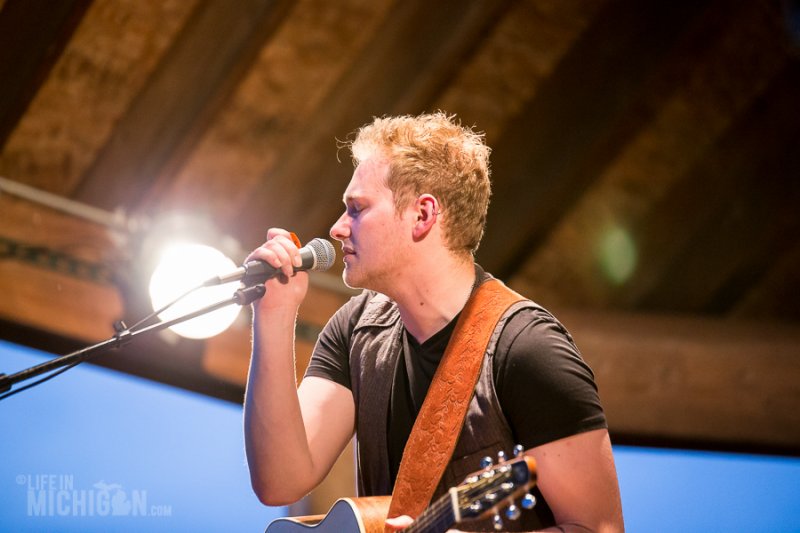 Captain Ivory tried to wrap up the night with Six Minutes To Midnight, yet the crowd would have none of that.  They demanded an encore and got one in a free style jam that blew out the kegs at Dark Horse! 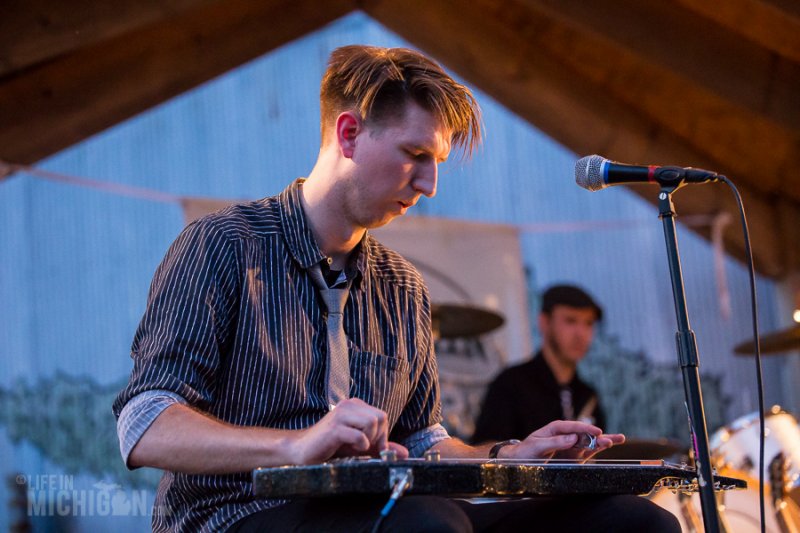 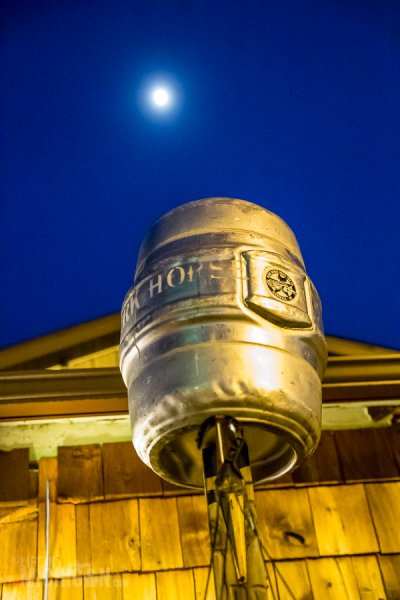 This was a great night of music.  It was made special by hanging out with our friends from Dark Horse.  They are having music in the beer garden all summer, so be sure to stop over! 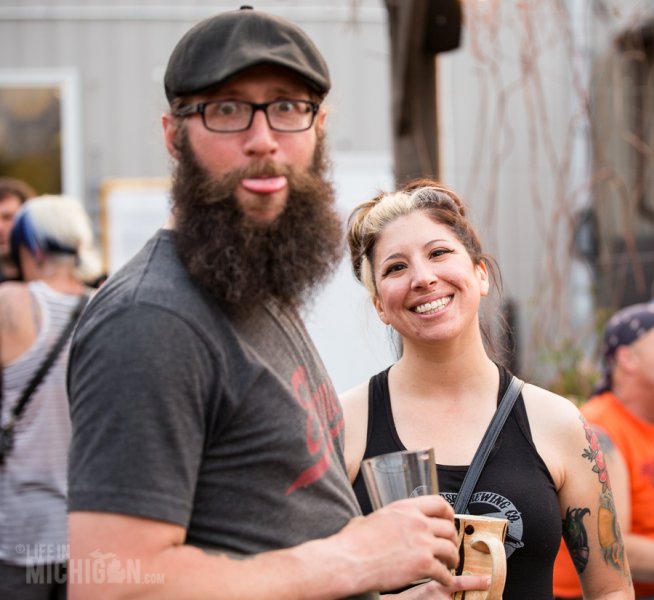 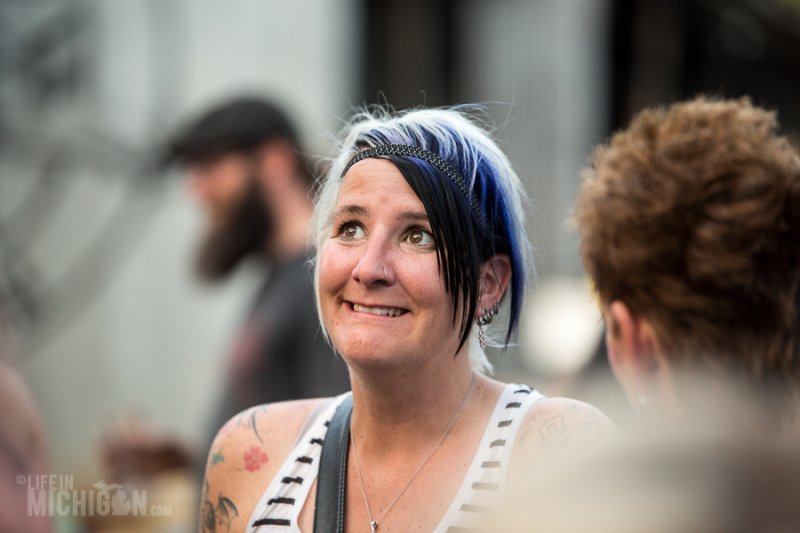 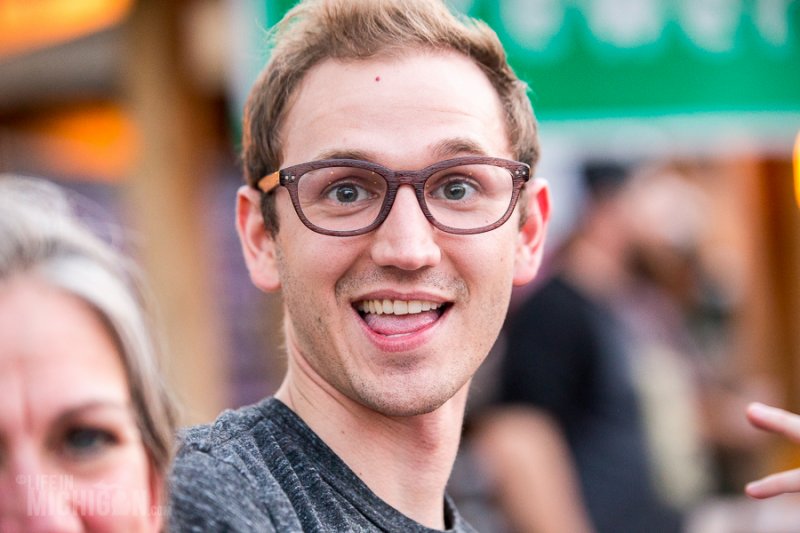 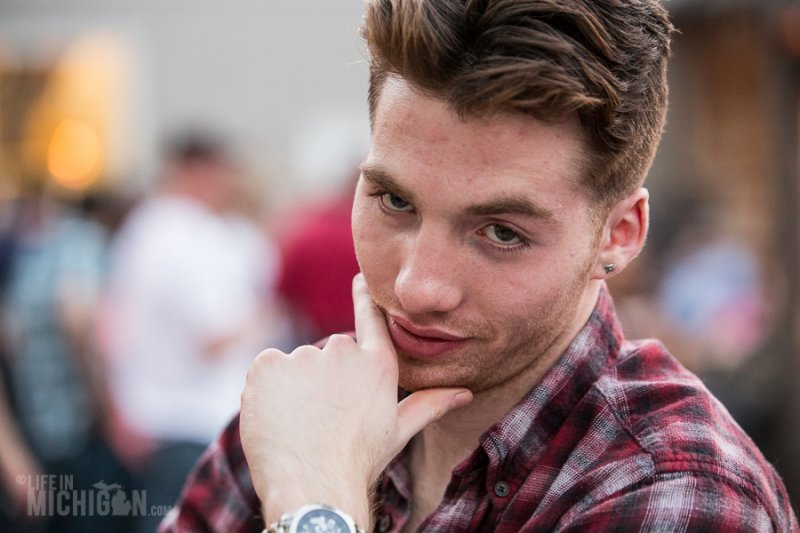 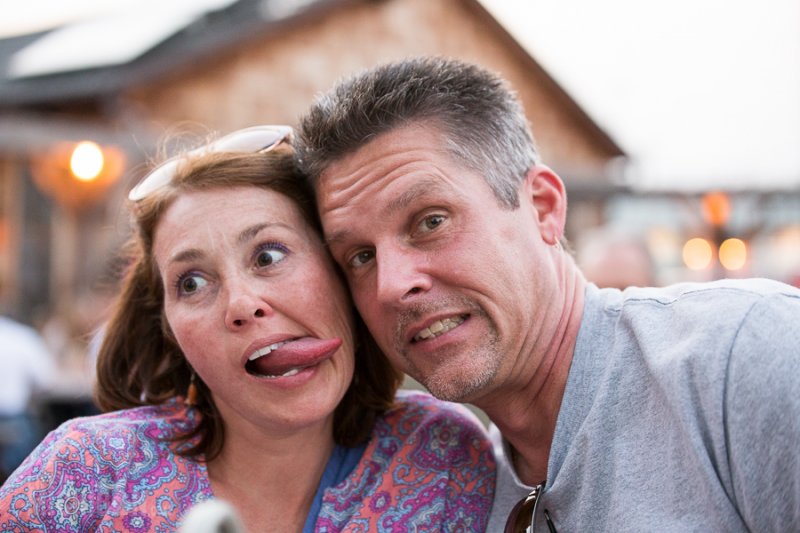 While you are at it, pick up Captain Ivory’s debut and you’ll have some kick ass road music to get you revved up!  Feel free to stop by the gallery for more pictures of the show.