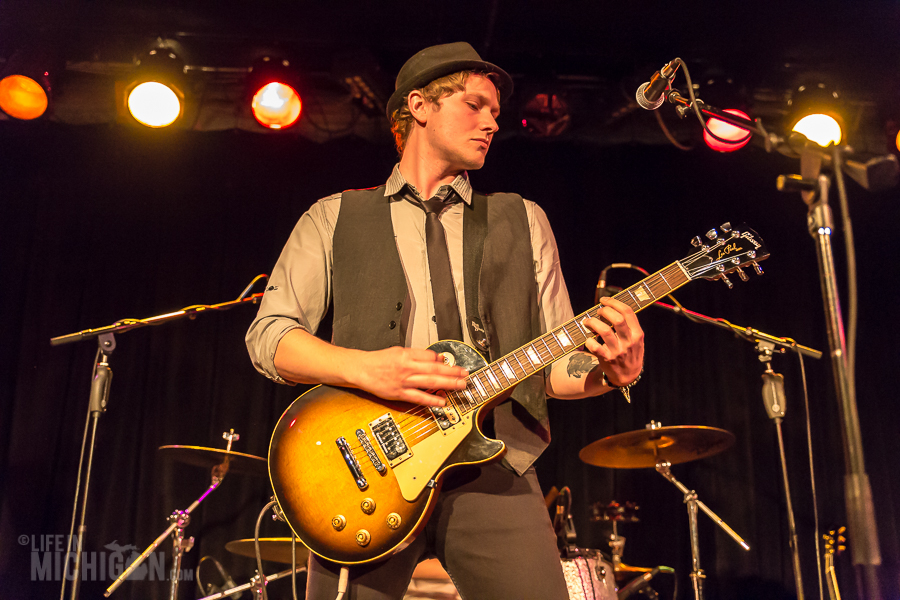 You may think of the Ark as a place for folk, country, and perhaps some acoustic thrash (thinking of the late great Michael Hedges). However, the Ark can rock and it did just that when Captain Ivory and Janet Robin took the stage. 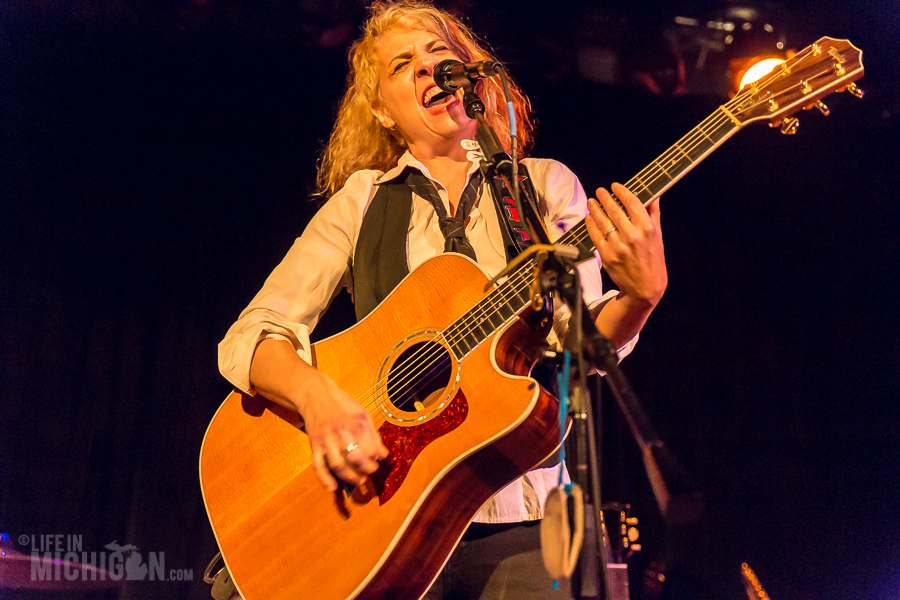 Armed with an acoustic guitar, Janet Robin got the night started with a feisty set of music. Janet’s sound had the aura of Monte Montgomery with the voice of Melissa Etheridge. There was a bit of a punk rock vibe that gave Janet’s music added edge. Her set had the perfect level of intensity to get the crowd revved up for a night of rock and roll. 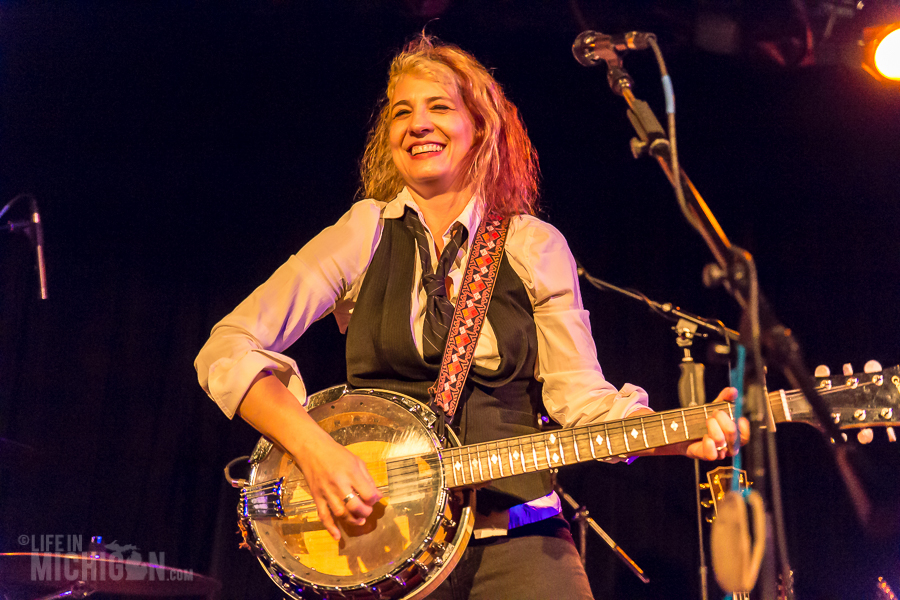 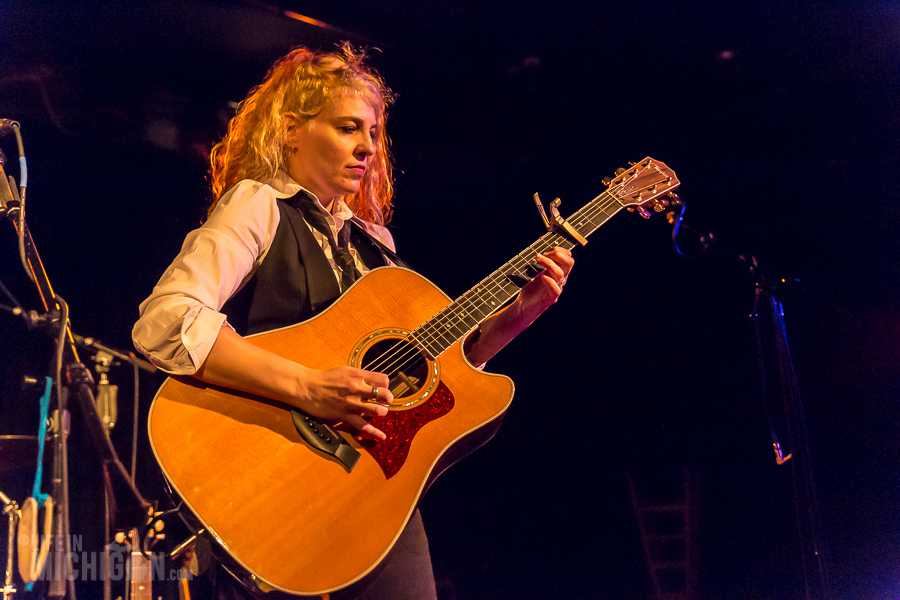 Janet pulled the guys from Captain Ivory up onto the stage for a cover of “Satisfaction” which was a ton of fun. We are hoping she comes back to Ann Arbor soon. Check out more pictures of Janet in the gallery. Having just returned home from a blockbuster tour of Europe, Captain Ivory was honed as sharp as a scalpel. We’ve been following this band’s rise since we first stumbled upon them at WaterHill last year. They are truly talented musicians with some great music. We could see how they have continued to grow from the last time we saw them at Dark Horse Brewing. 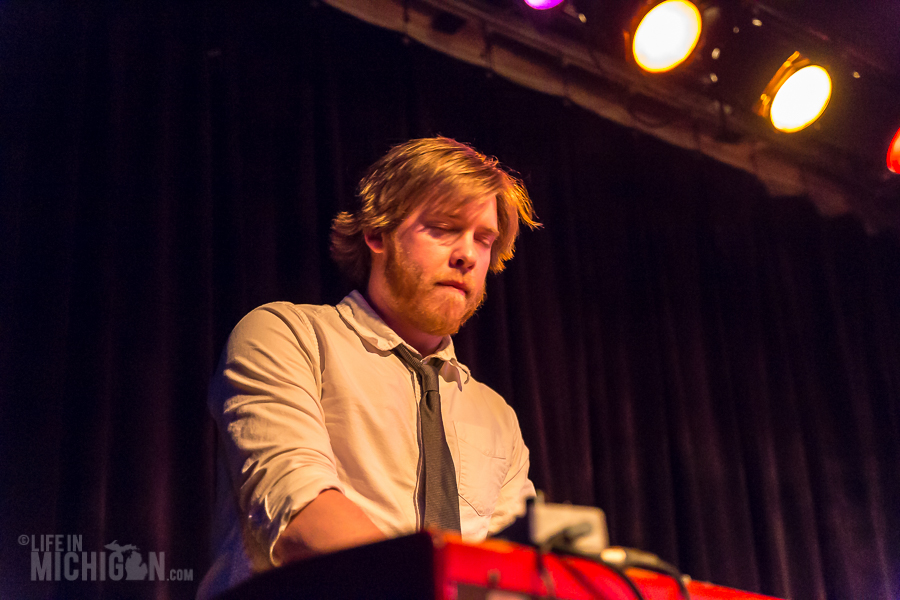 Captain Ivory started out with the moody blues of “Curse or Cure” which featured the haunting riffs on the keys by Steve Zwilling. A great opening song as it starts slowing and then pops with the hard-hitting drums of Justin Leiter. 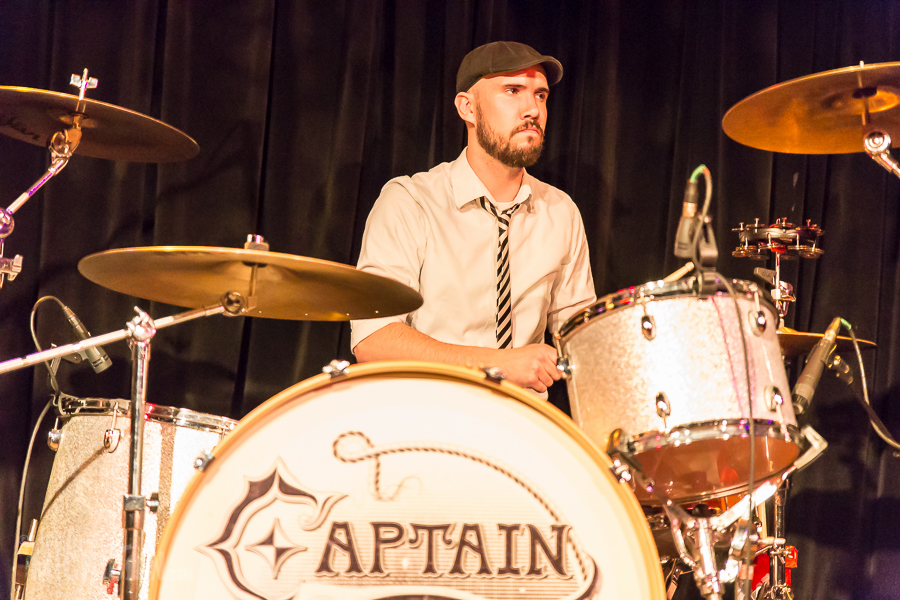 The road has allowed this great rock band to work on some new tunes such as “Broken Light” and “Hello Love Goodbye Fear” which the crowd ate up. Hearing “Here You Are” brought tears to the eyes as the sultry vocals of Jayson Traver conveyed anguish wrapped in hope. “Tennessee” never sounded sweeter than when the band played it live with Brett Smith keeping the rhythm low. 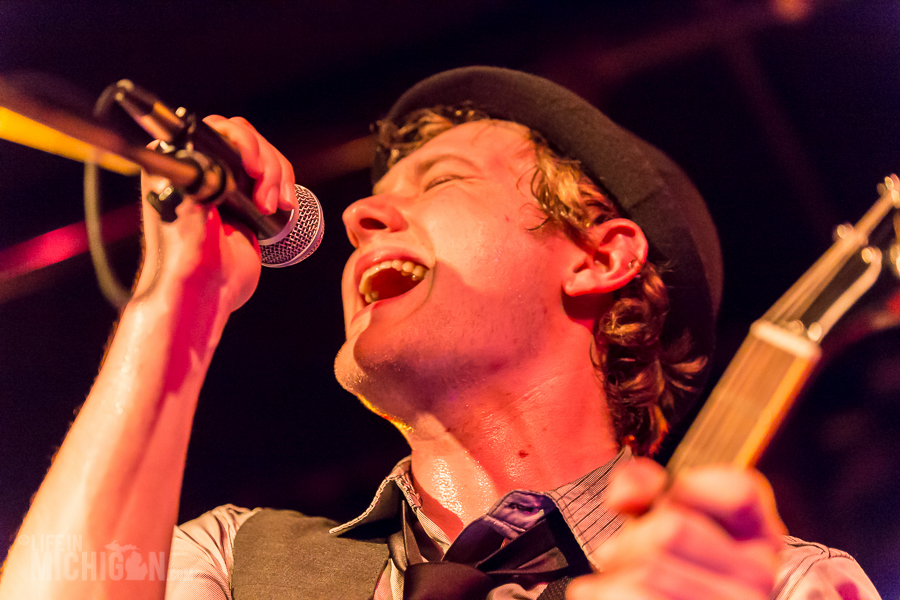 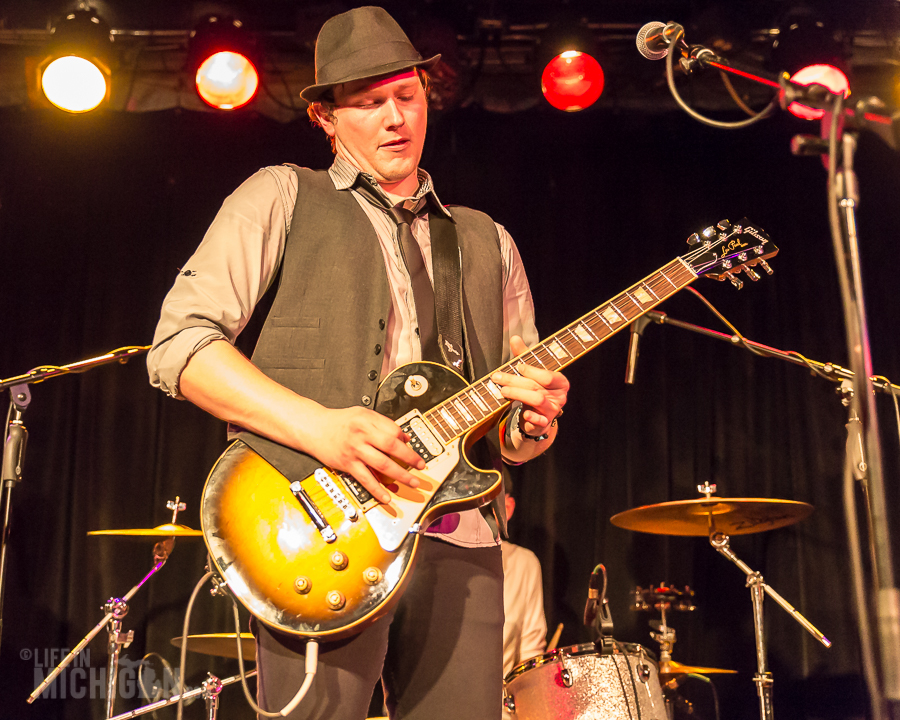 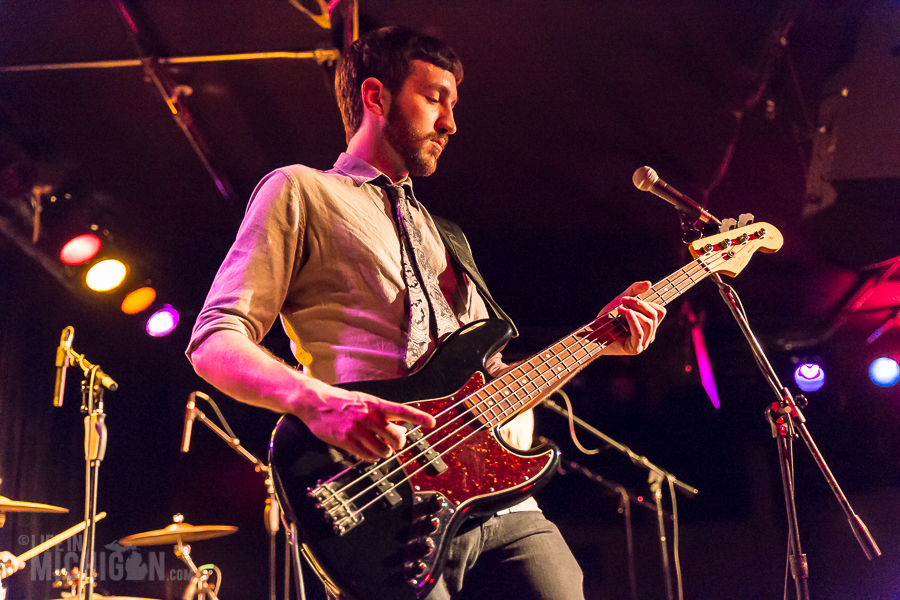 In addition to all of the fantastic original material Captain Ivory played, they broke out some incredible covers. This included Dave Mason’s “Feeling Alright”, Procol Harum’s “Whiter Shade of Pale”, and a blistering rendition of “Oh Well” by Fleetwood Mac. On every tune, the guitar playing by Robby Bolog was on fire with solos burning with the blues. 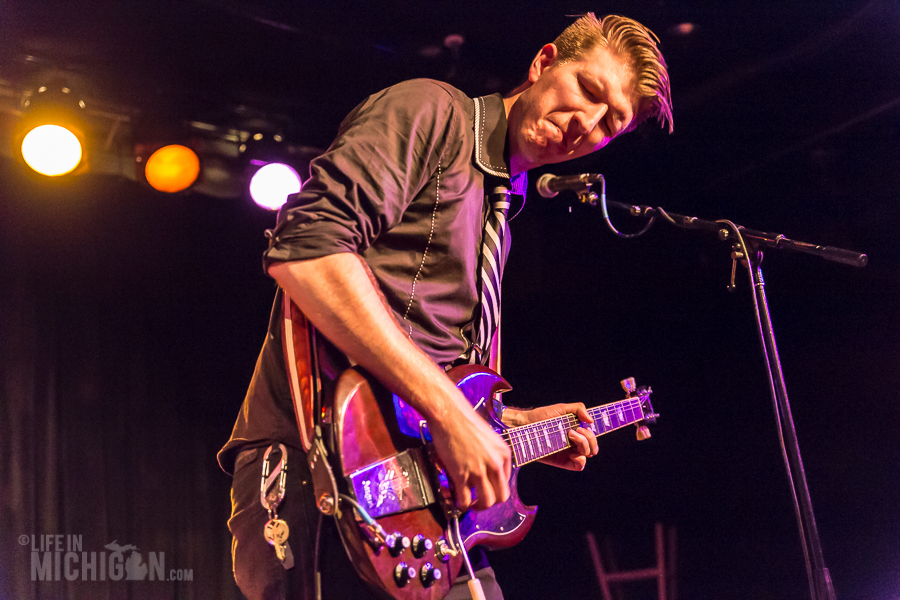 A special treat for the evening was to see David Feeny the founder of Tempermill Studios playing a fire red Sho-bud steel guitar on a couple of tunes with Captain Ivory. Apparently a condition to get David on stage was to include a cape, which Robbie was more than happy to bestow. The cape featured the Captain Ivory logo flying proudly on the back. Finishing up the set with “Six Minutes to Midnight” and “Oh Well”, the band took a short exit as the crowd stood and chanted for one more. The band was happy to oblige with “Sister Sadness” and an outstanding cover of Bob Seger’s “Ramblin’ Man”. Captain Ivory rocked the Ark in grand fashion and added another notch to their belt with this fine show. Please stop by the gallery for more pictures of Captain Ivory.

Did you catch the Captain Ivory and Janet Robin show? Or do you just love great music? Leave us a comment and share your story.