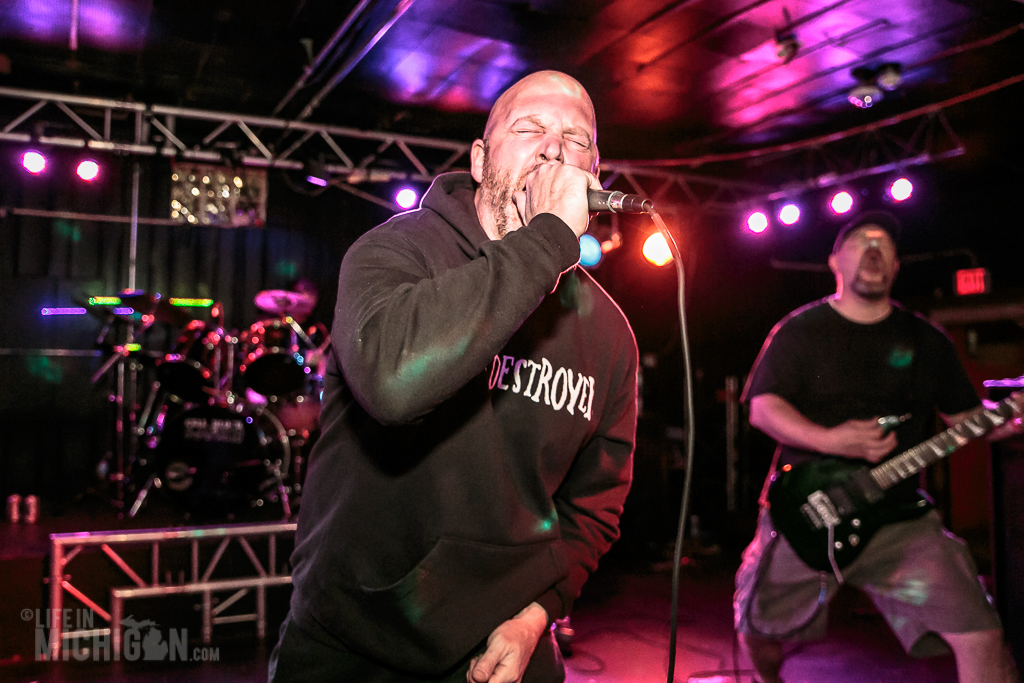 The Maidstone Theater was a heavy metal showcase when Cell Block Earth from Detroit brought along a cadre of fine Michigan bands to celebrate the release of their outstanding second full-length album, Spastic Rants. These guys have been stirring up trouble with their take on crossover thrash for 20 years. 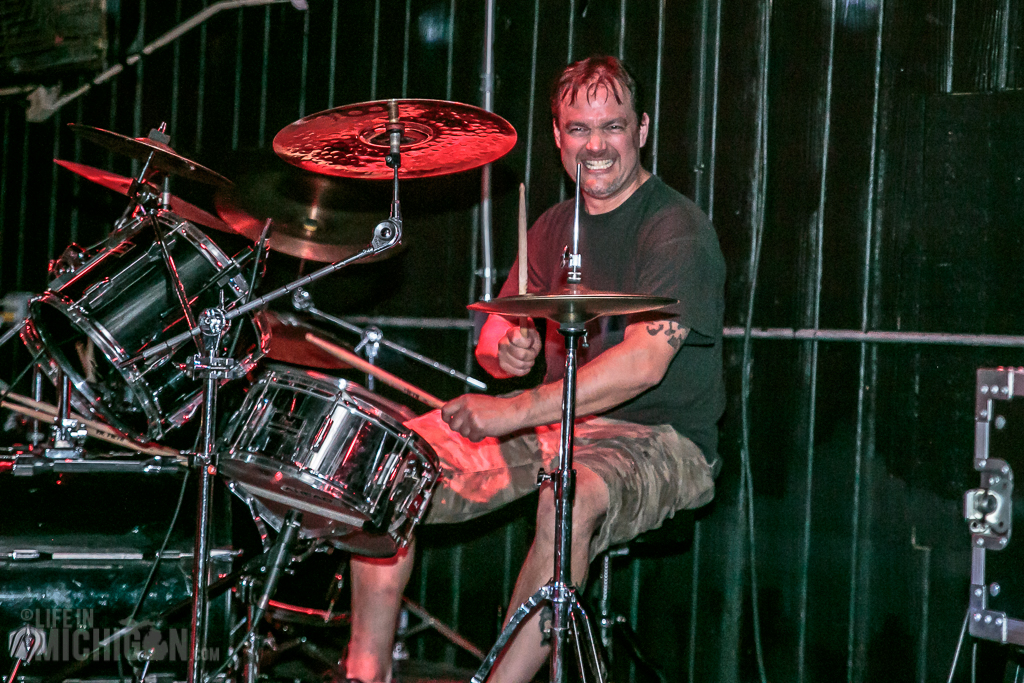 The night kicked off with Traumatize from Detroit. This band embraces the roots of American speed and thrash with a sound that had me thinking of of Pantera, Ride The Lightning-era Metallica, and Slayer. Speaking of Slayer, the guys in Traumatize kicked out a mean cover of “Dead Skin Mask” and “Seasons in the Abyss”. Check out more pictures of Traumatize in the gallery. 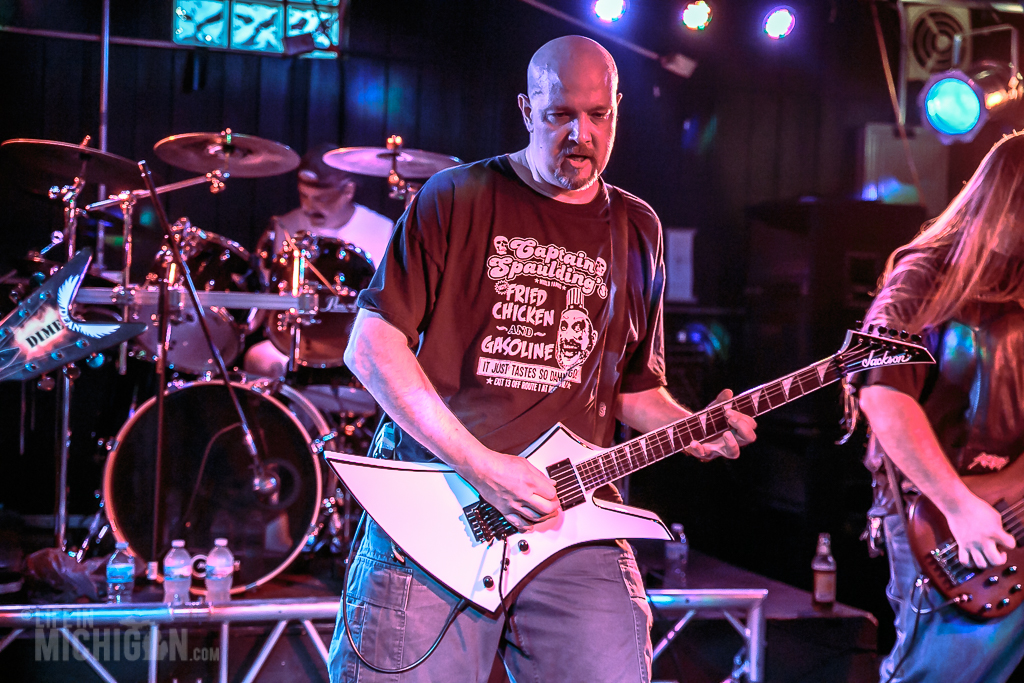 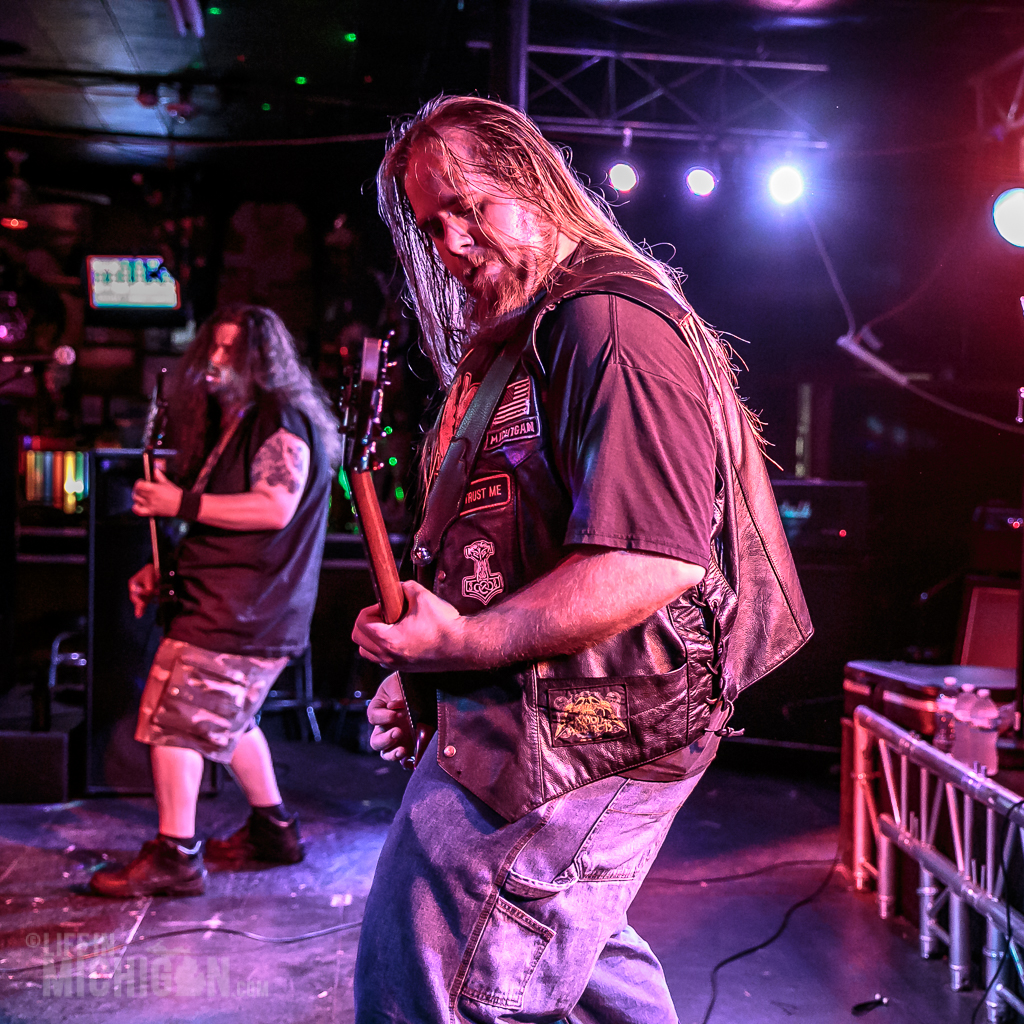 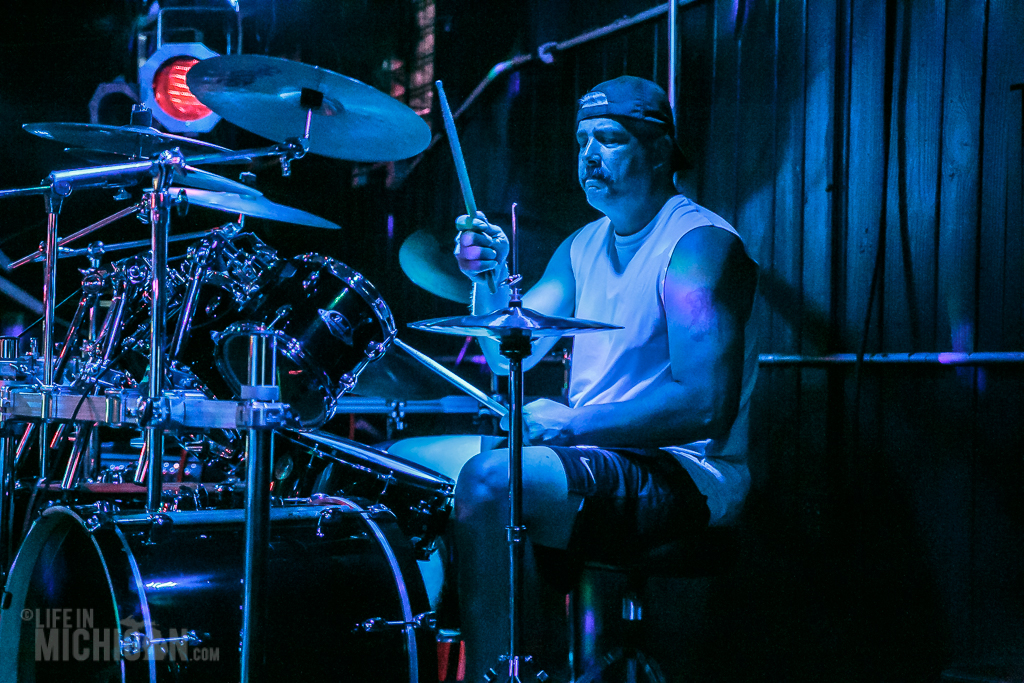 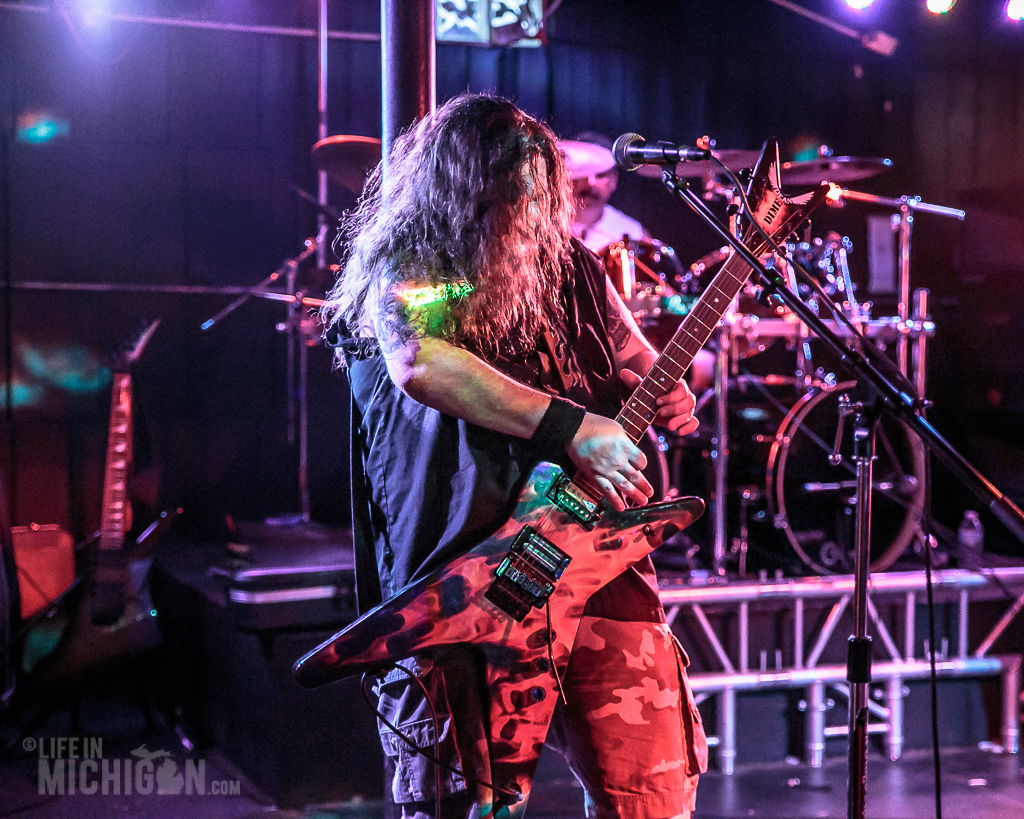 Screaming from the start, Awaken Astraeus unleashed metalcore firestore that featured an intense rhythmic attack coupled with guitars cranked on overdrive. The band utilized one vocalist handling all the screams and growls while the other delivered clean chorus vocals. The effect of the two vocalists created dramatic tension within the music. It was great to see a young band belting out heavy music with passion. You can see more of the band in the gallery. 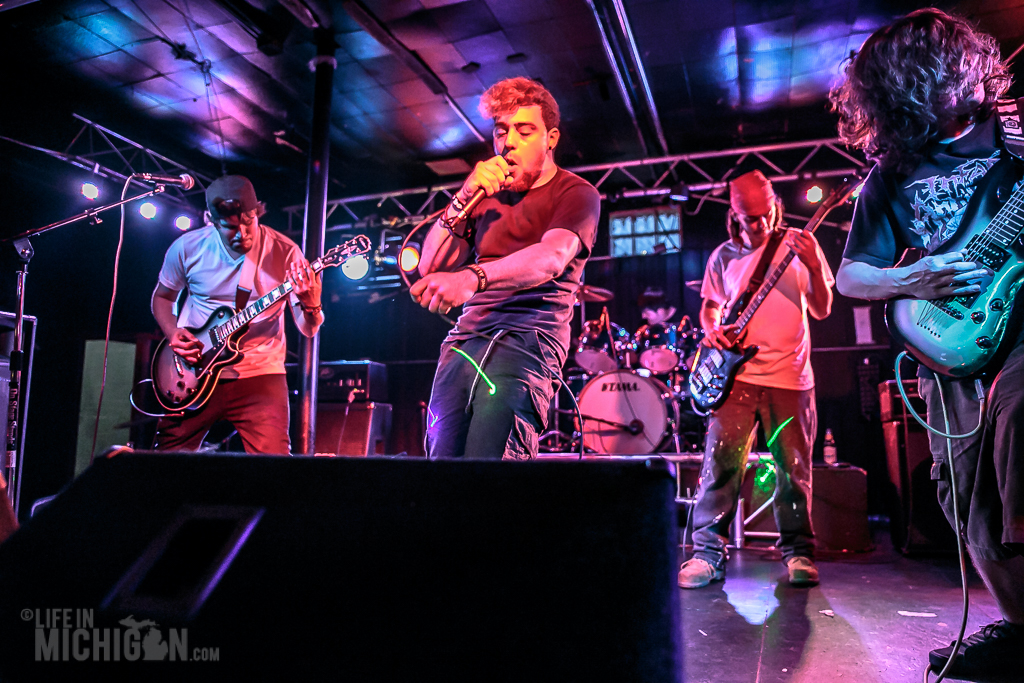 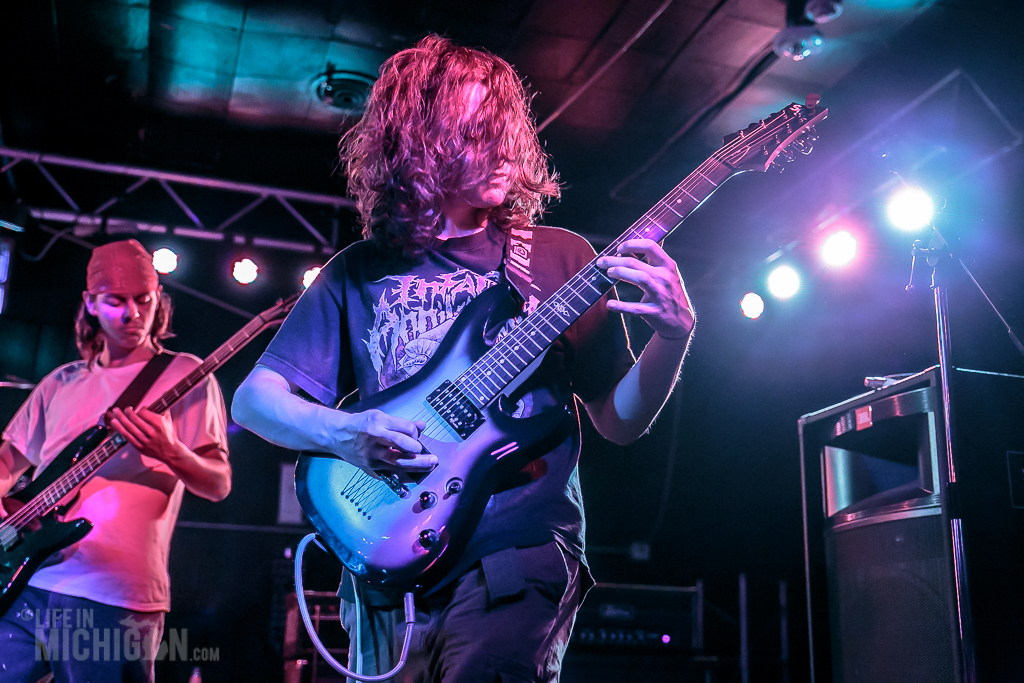 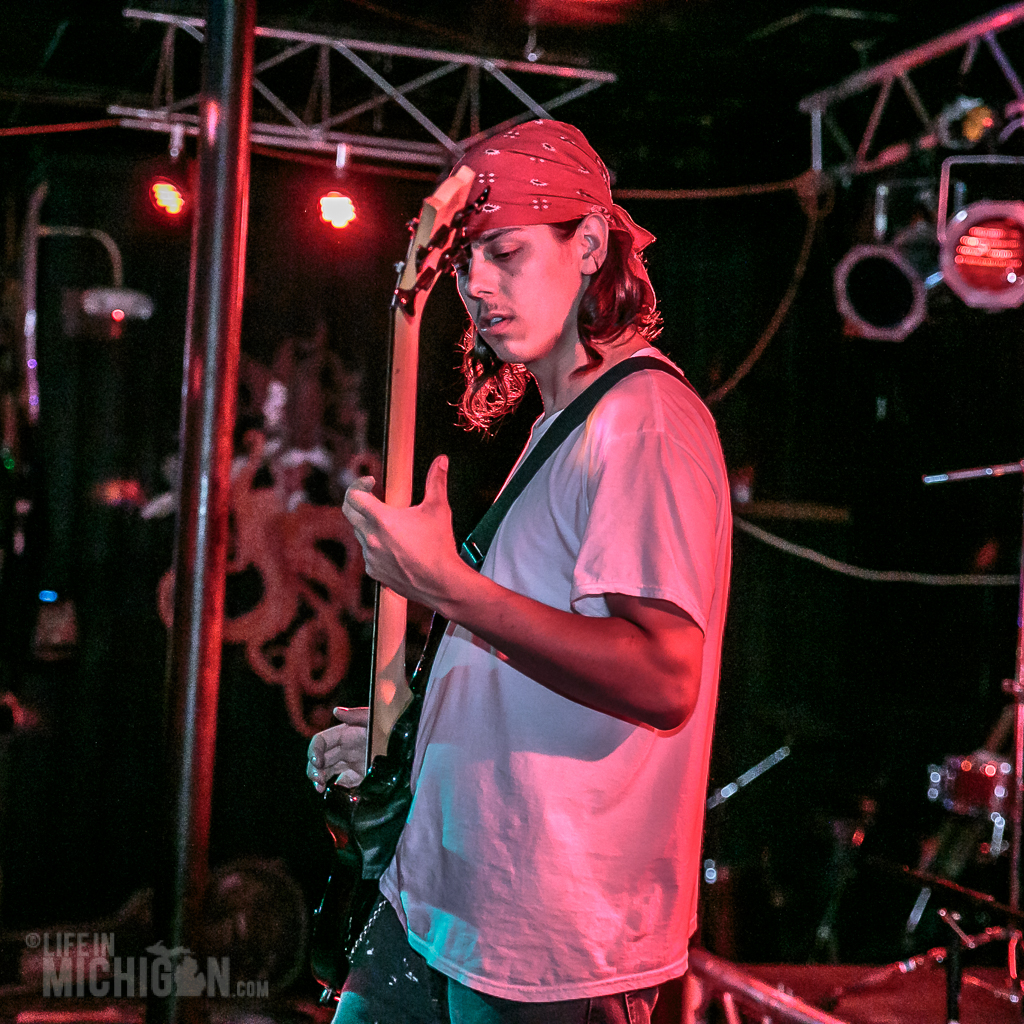 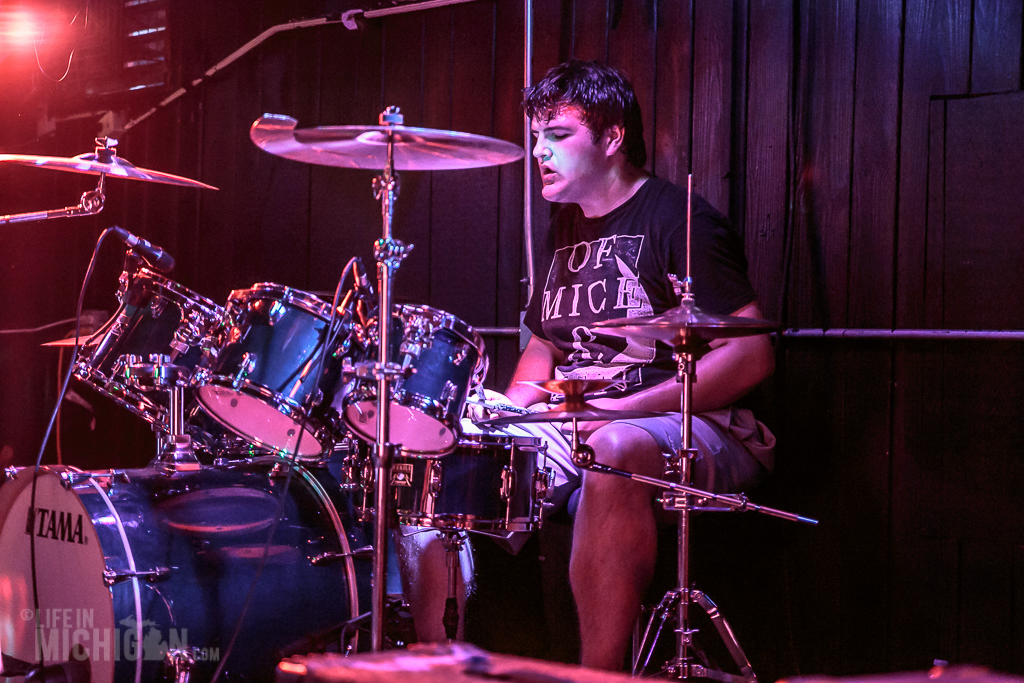 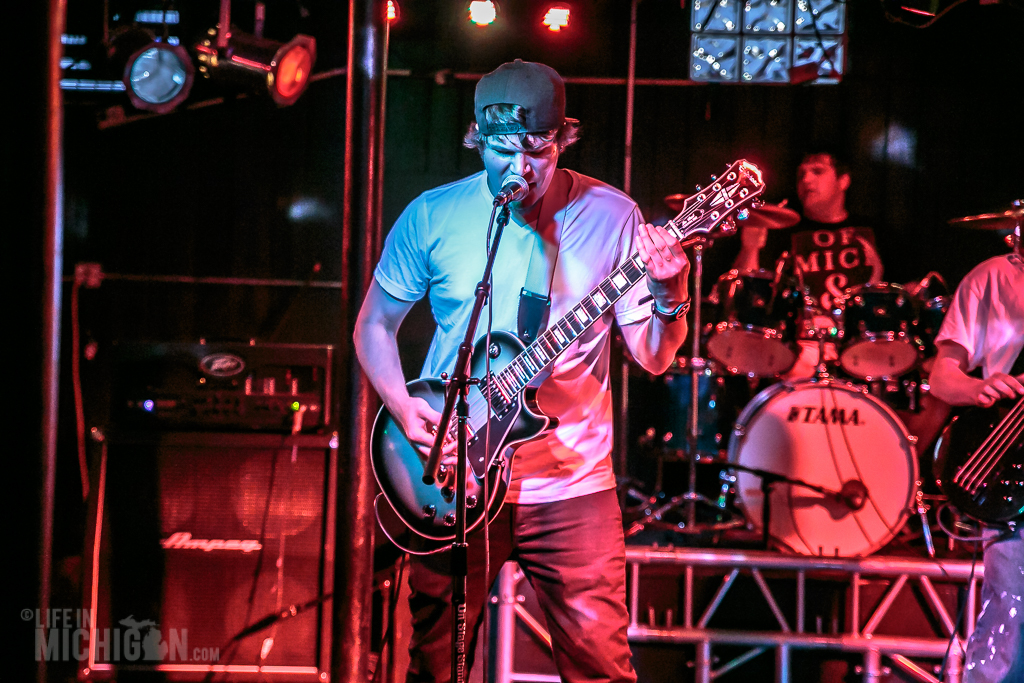 Demise of the Enthroned

Flint, Michigan has been hammered with adversity for years, which has created fertile soil for no holds barred extreme metal bands like Demise of the Enthroned. Manic single note riffs, battering drum beats, and blistering bass runs combine to form songs that explode with rage and disgust. The ferocity of the music was written on the face of each band member. The audience actively engaged with the band as they tirelessly waged their metal onslaught. Head over to the gallery for more shots of the band. 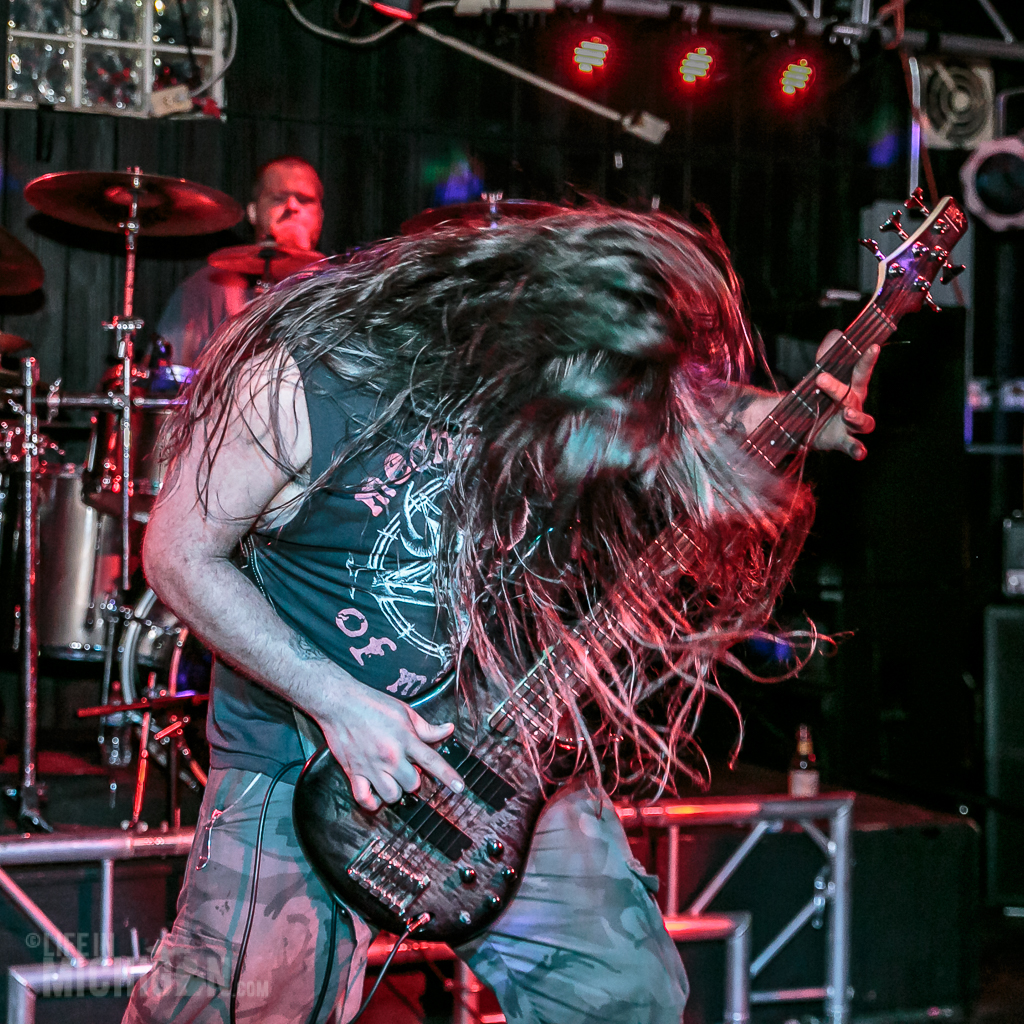 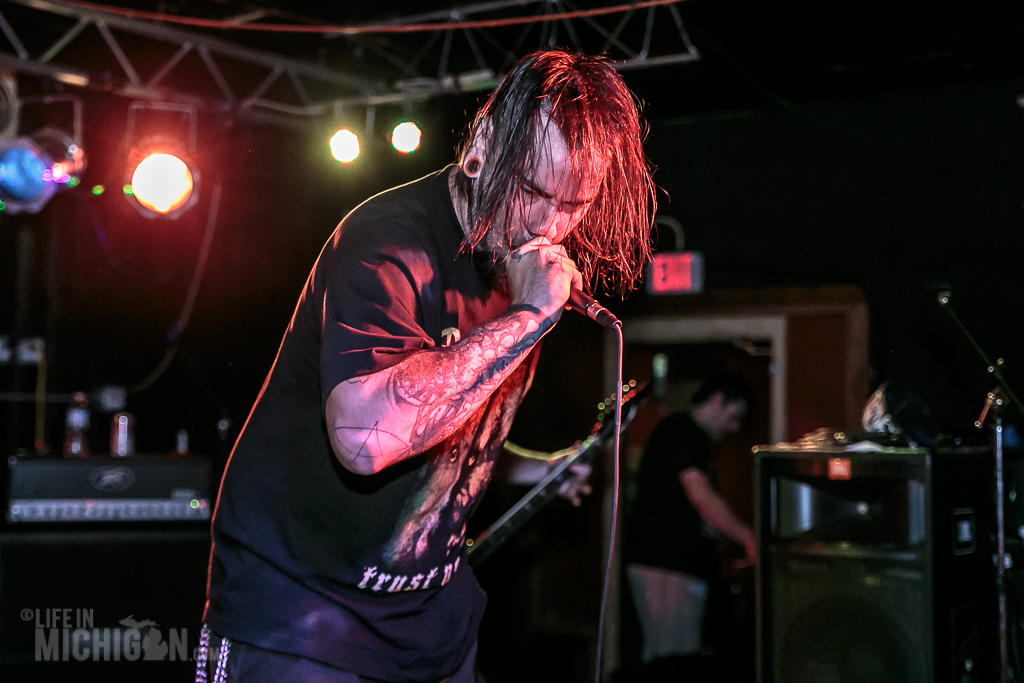 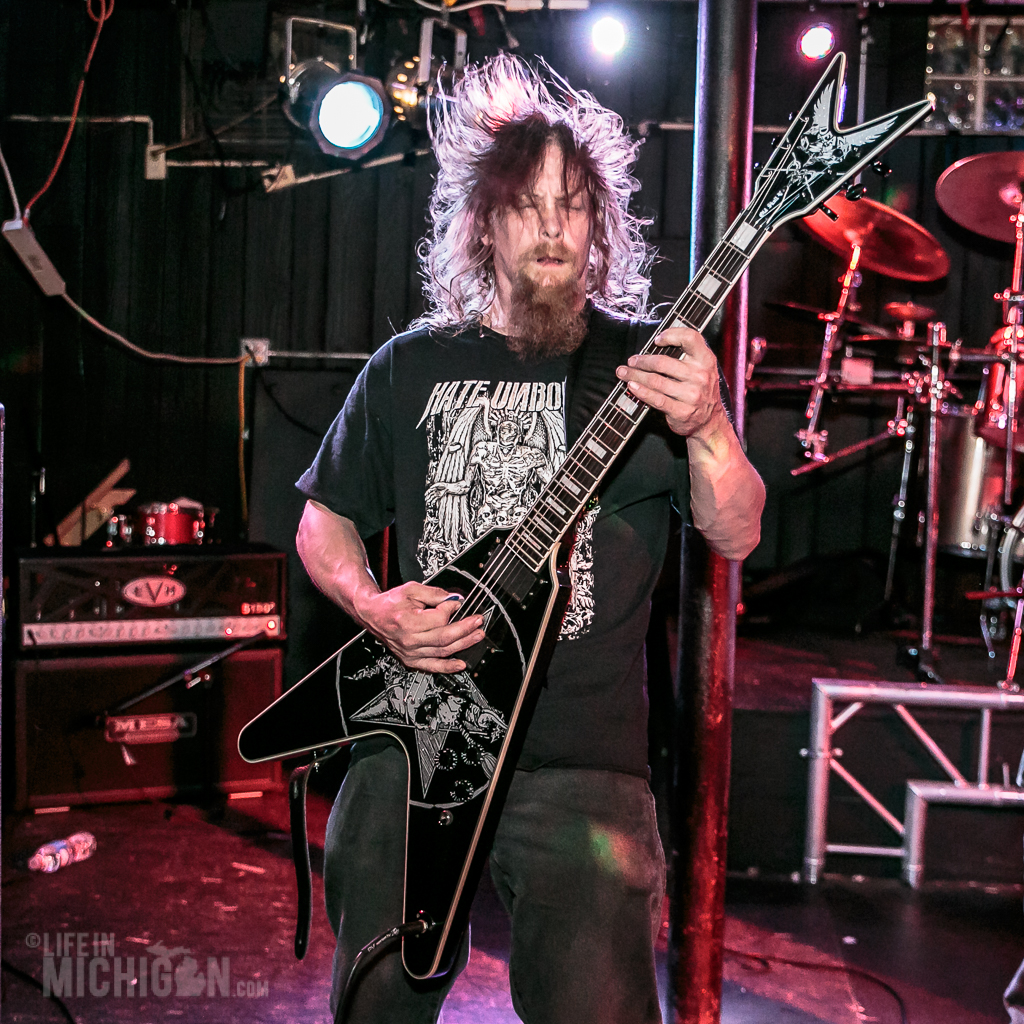 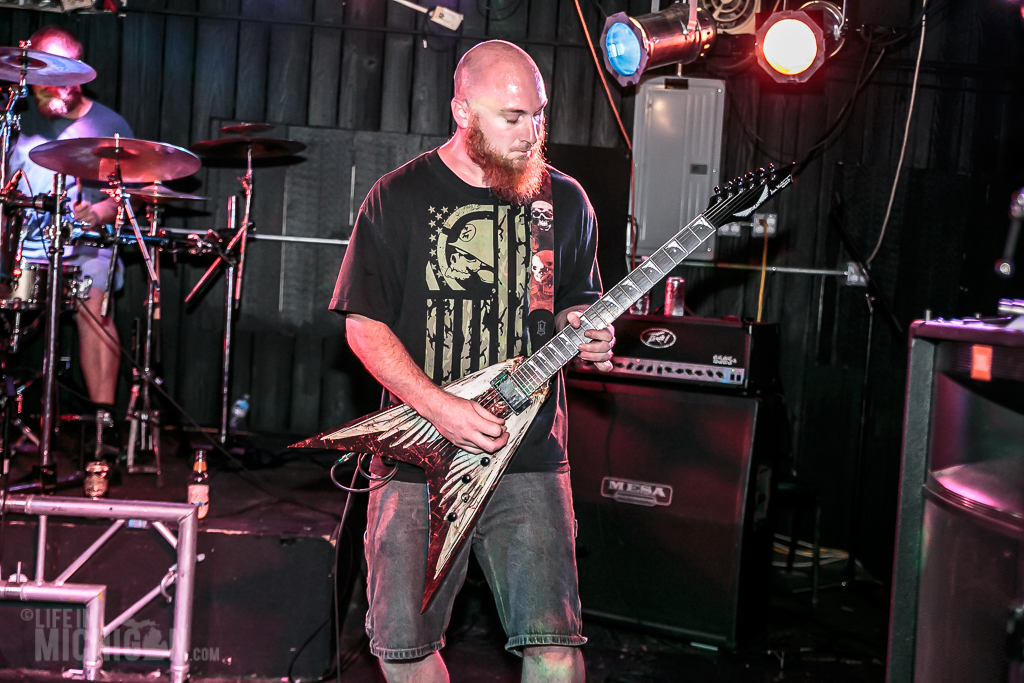 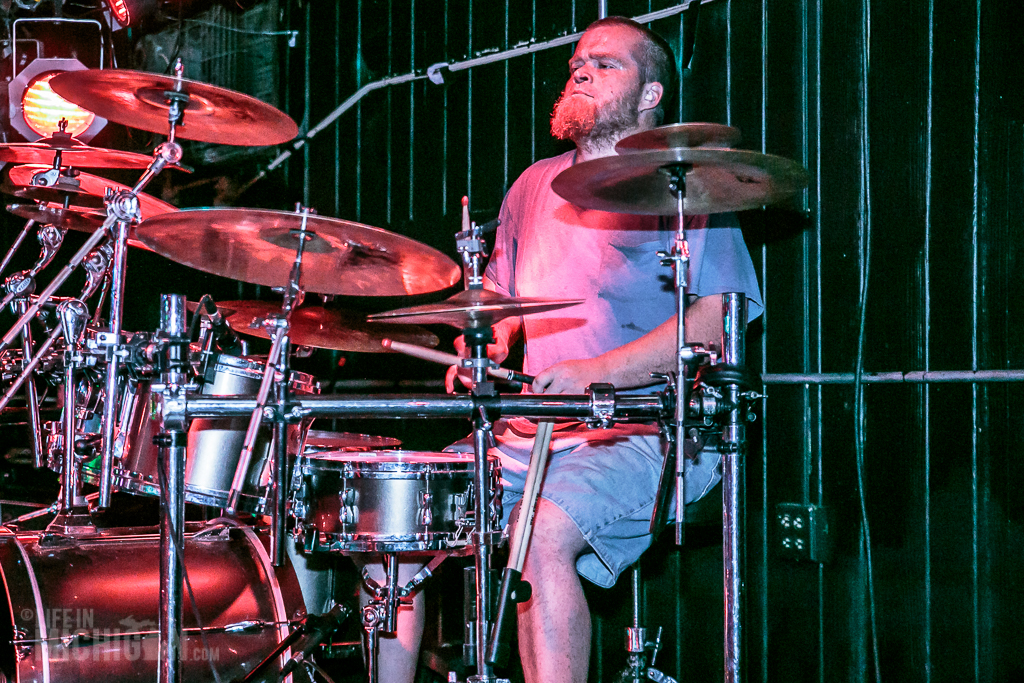 Spastic Rants is a great way to describe the balls out thrash of Cell Block Earth. Blending the best of D.R.I, Suicidal Tendencies, and Nuclear Assault, this band was firing on all cylinders from the moment they took the stage. 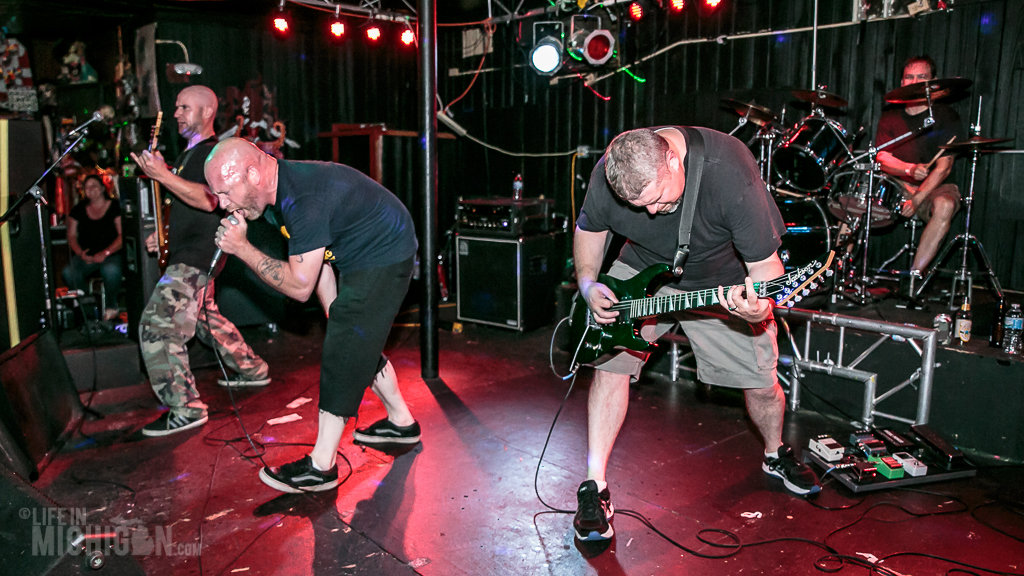 Mike Stein’s guitar tone was perfect with a crunchy mid-range and enough low-end to make every riff sound monstrous. With his feet flying on the kick drums, Larry Gallerani tried to destroy the rest of his kit as the band hammered out a new song called “Space Invaders”. Mark Lindsey’s bass was popping and added a pant load of bottom end. Like a psychotic drill sergeant chastising the troops, Chris Sterritt made the music come alive with vocals that radiated with hostility. Stop by the gallery for more Cell Block Earth. 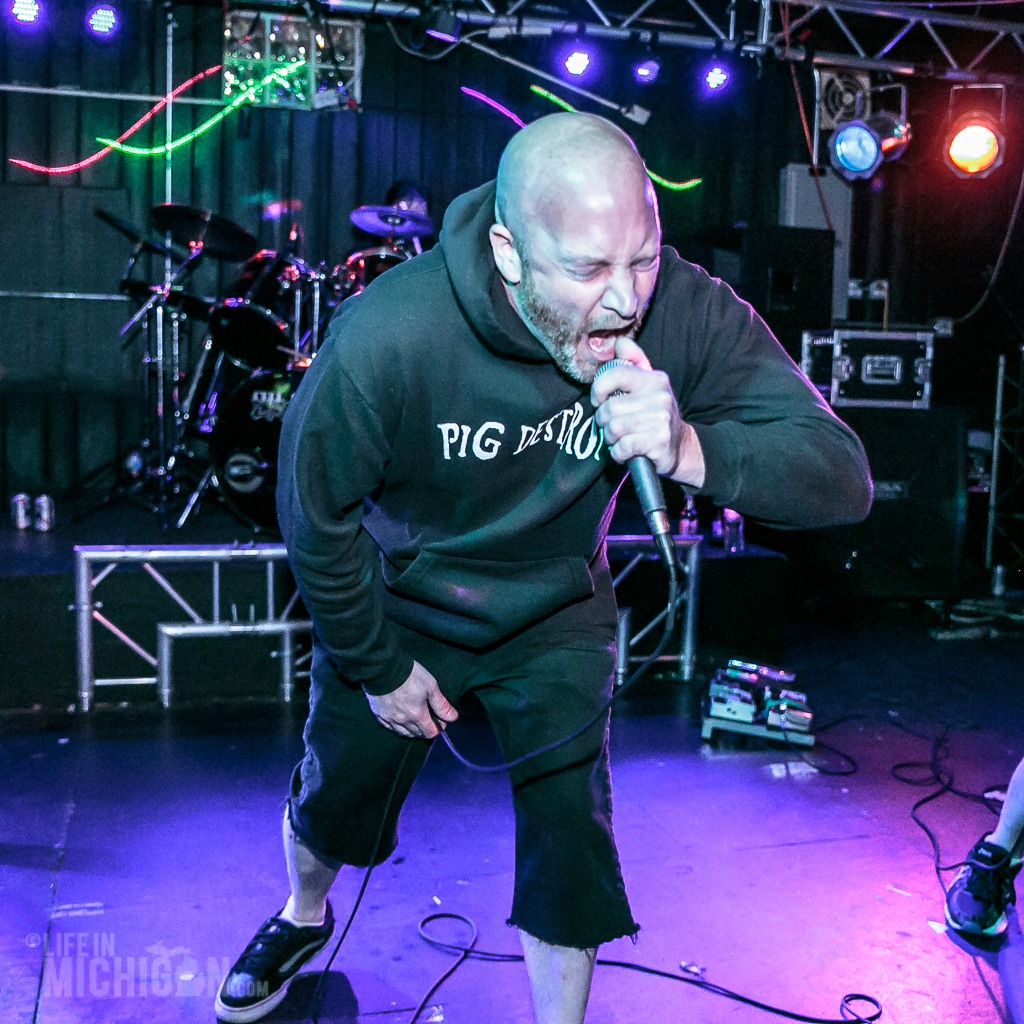 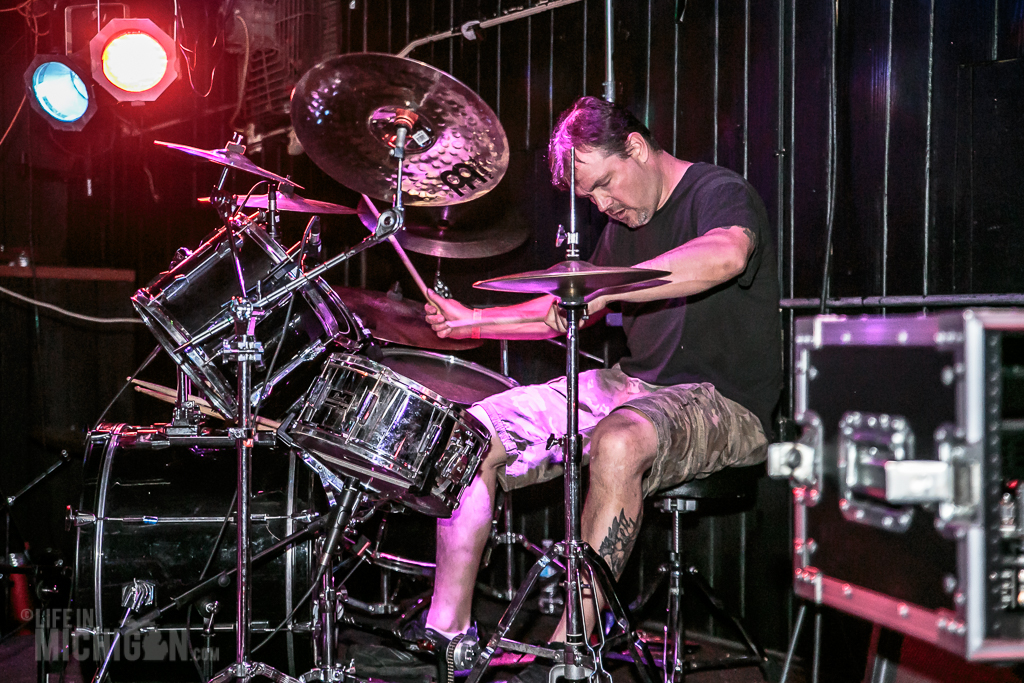 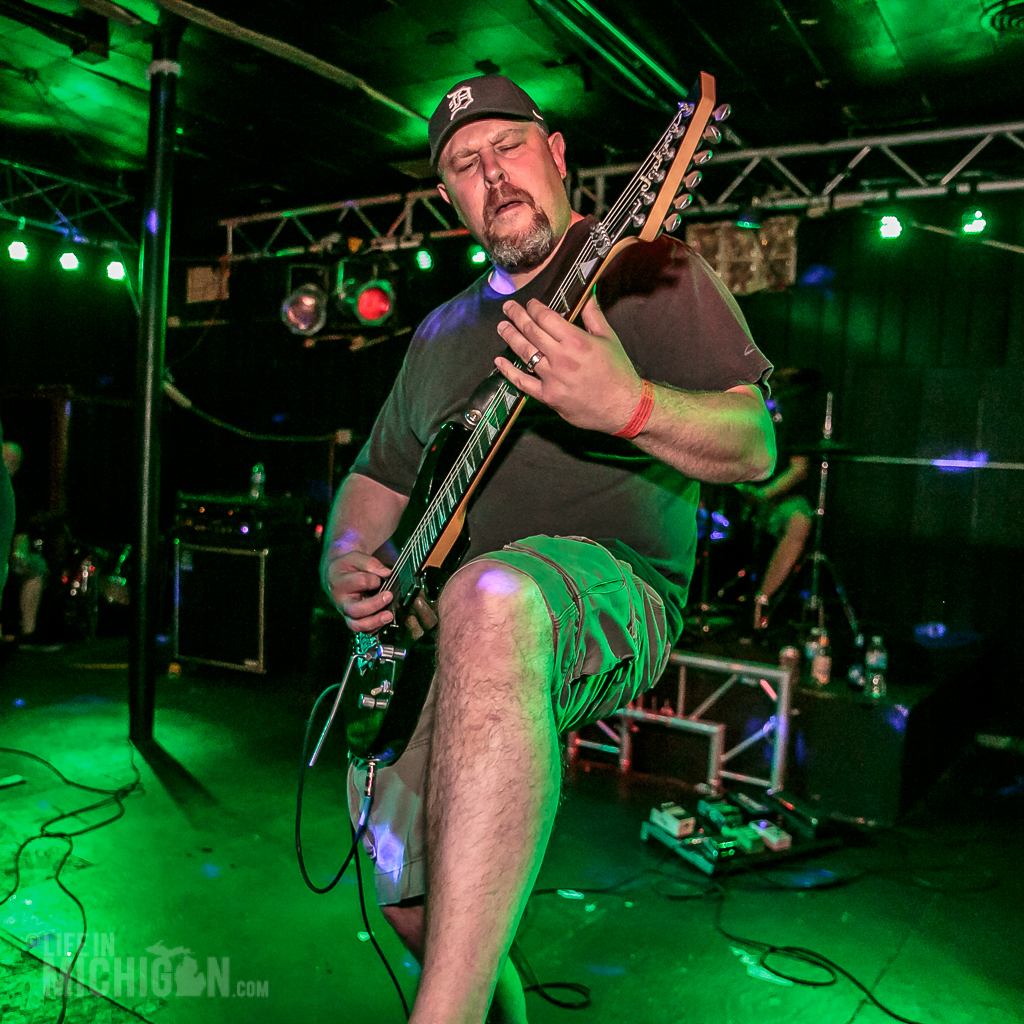 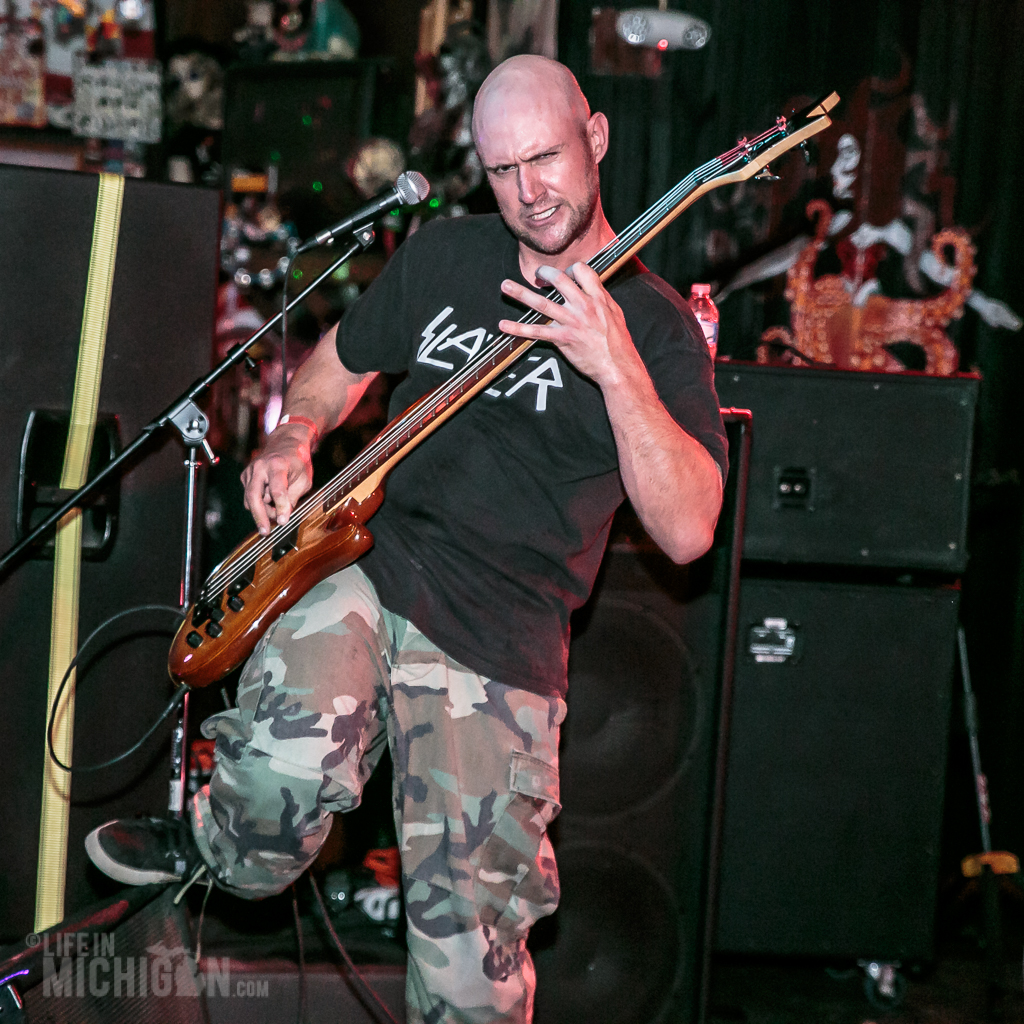 Batting cleanup on this metal extravaganza at the Maidstone were Detroit’s metal titans, Hate Unbound. With mushroom clouds of fog exploding in the background and lights flashing, their performance was as much visual as it was audible. 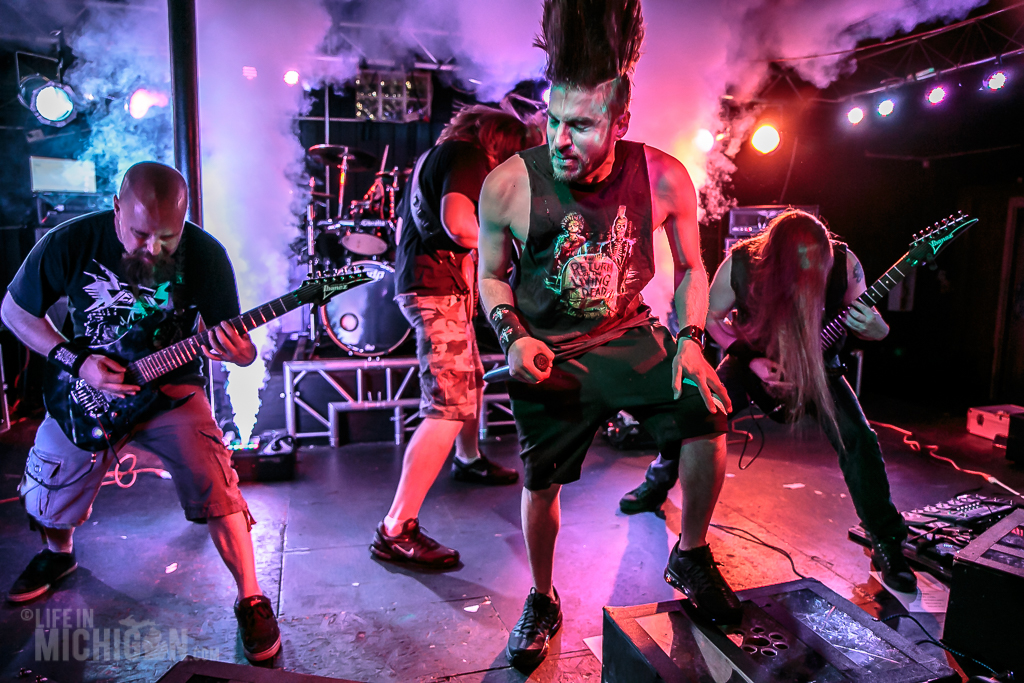 New music dominated their set and featured the mesmerizing guitar playing of Daryl Mitchell and Will Cundiff. These guys turn the fretboard into a playground with head-splitting riffs and death defying solos. New bass player Sean Demura fit like a glove with the rest of the band and was more than able to keep up with the rapid-fire riffs and crushing drum work of Danny Kendall. As always, Art Giammara’s vocal roar created a fiery intensity that defines the sound of Hate Unbound. Swing over to the gallery to see more photos of the band. 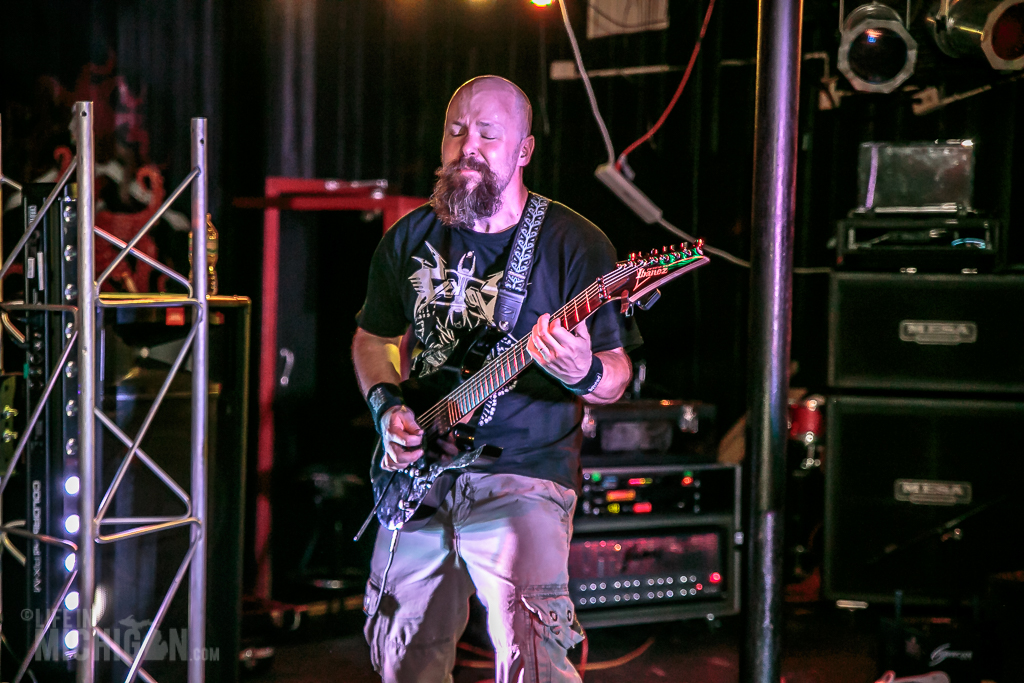 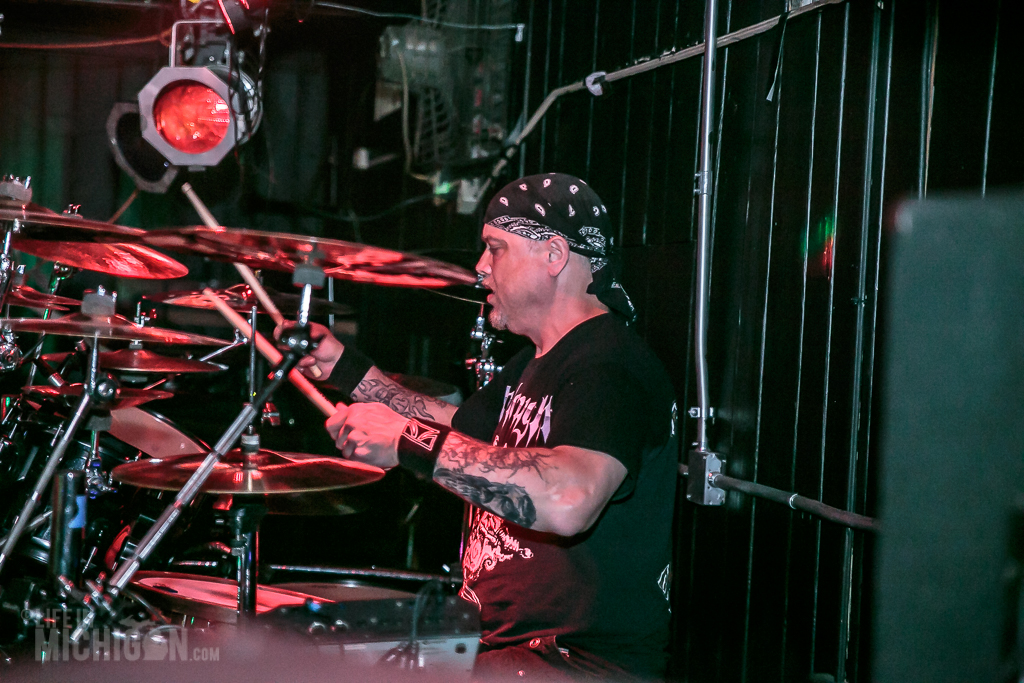 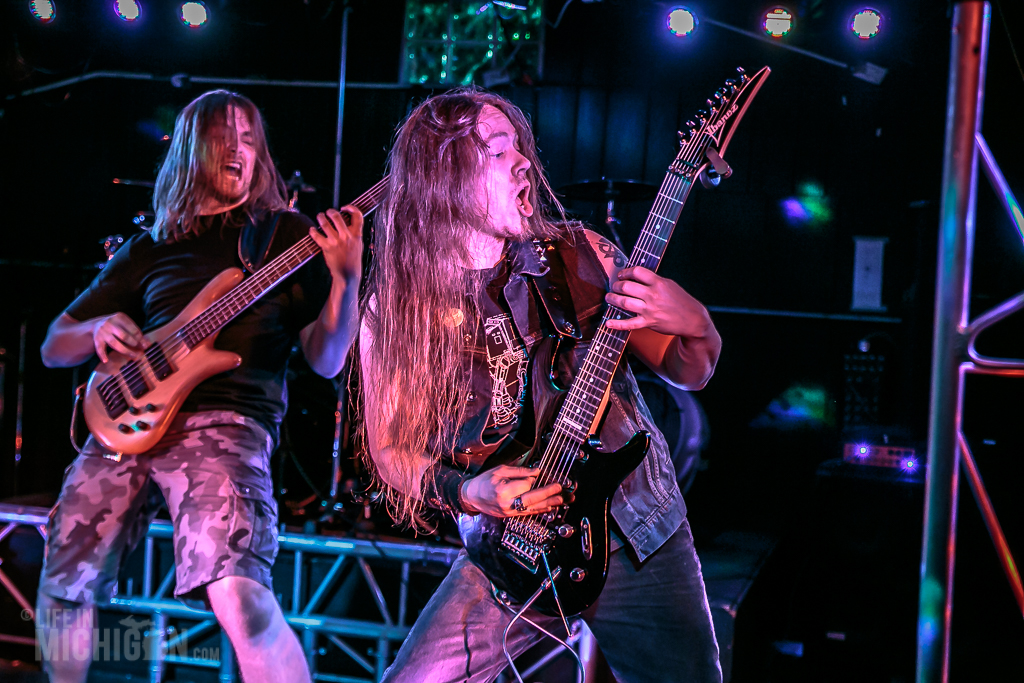 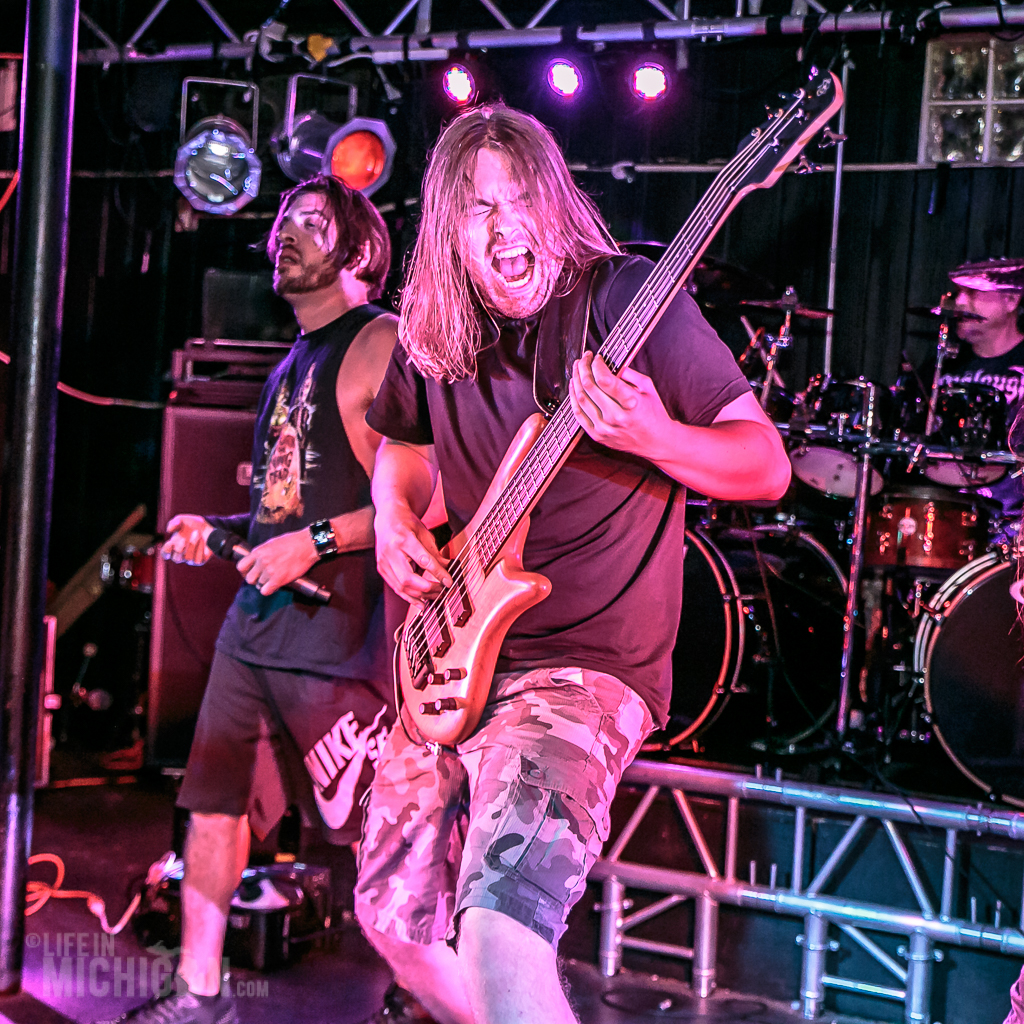 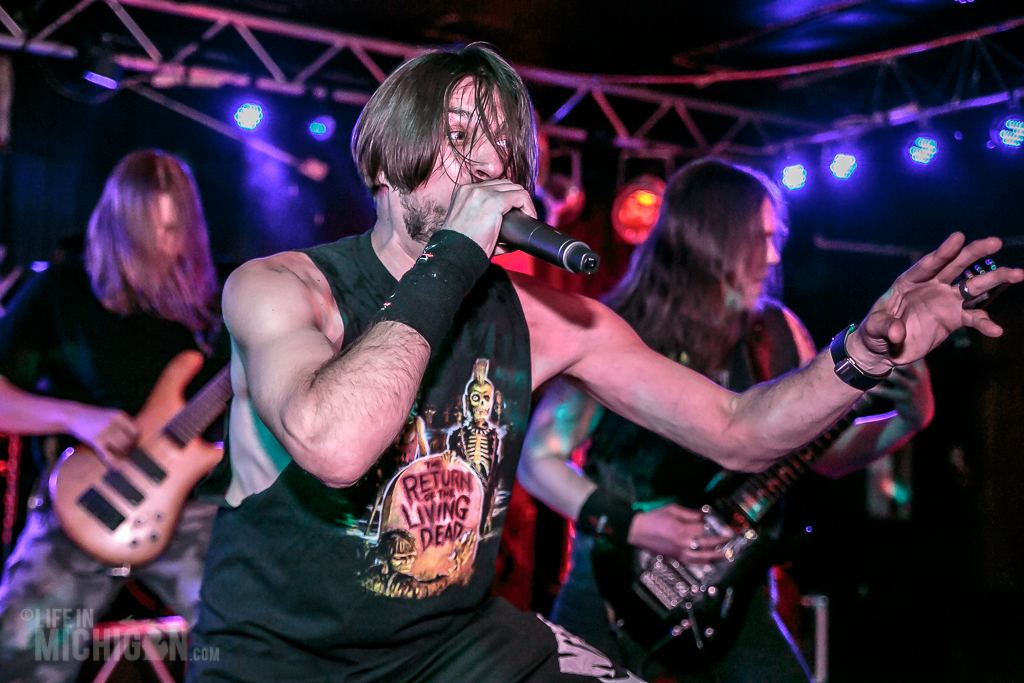 This was a magnificent night of Pure Michigan metal. Keep your eyes peeled for more shows as these bands tour the area spreading the gospel of metal music.

If you liked our coverage of the Cell Block Earth CD release show, then please share it on your favorite social media venue or send it as a link to your friends and family. If you’ve got a story to share or just want to say hi, please leave a comment.