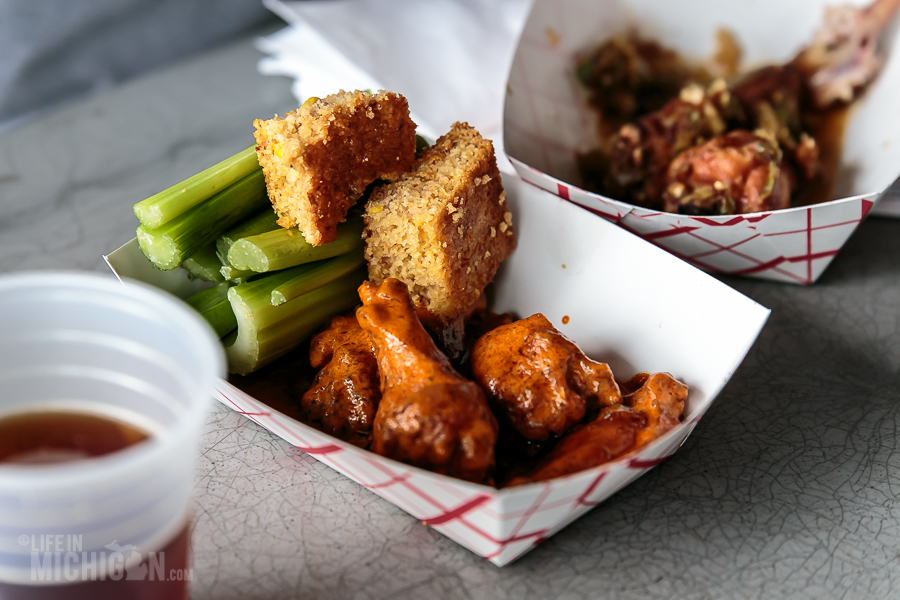 One of the wonderful things about Dark Horse Brewing besides the beer is that they know how to throw a party. From 4 Elf to the Smoke Off, our friends at Dark Horse put together a delicious spread of fun foods, add in their fantastic beers, and whip it all together with live music. We have been regulars to many of the Dark Horse gatherings, but this was a our very first Chicken Wing Thing. 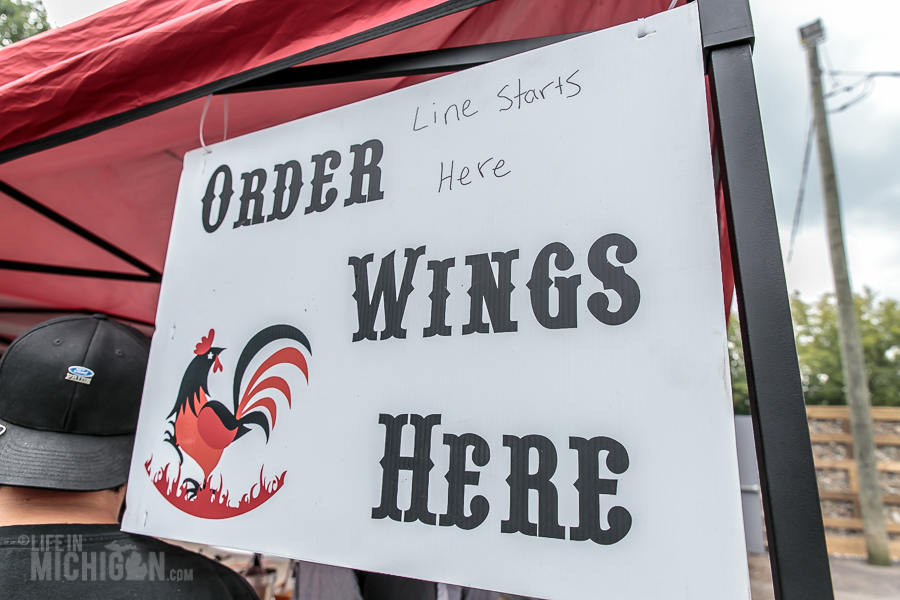 I know, I can’t believe it either! Now it could be that we are vegetarians who dabble in Veganism, but I don’t think that is really it. It surely isn’t for lack of great beer or music. Who knows why, but this was our very first Chicken Wing Thing and like all Dark Horse parties, it was a ton of fun. So much fun you need to take a nap before you head home. 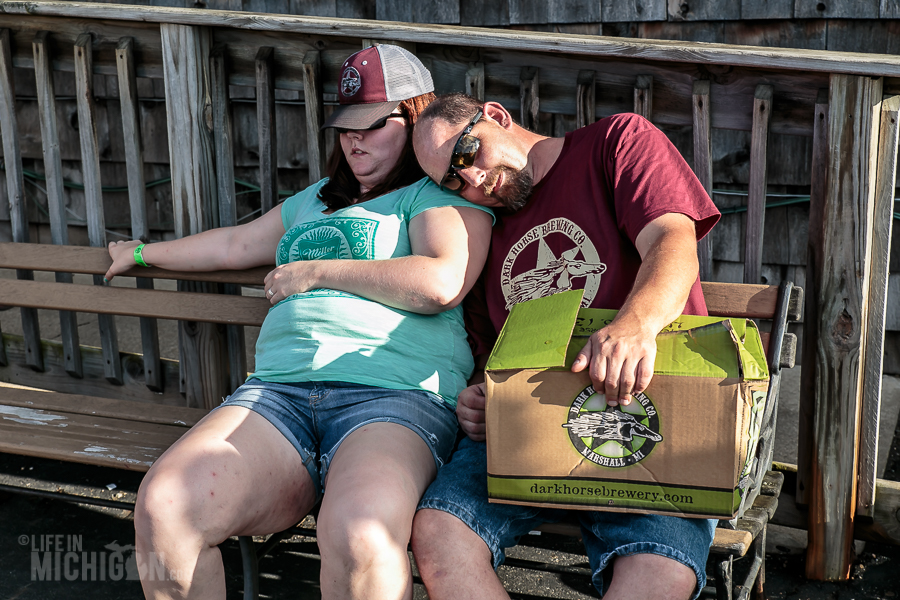 As you can guess by the name, the theme is chicken wings. As with their beers, the Dark Horse folks like to go all out and with the wings you have a wide variety of sauces to coat your birds. Our buddy Jeff had to give the “F%*k Me!” a try and said it was pretty damn good without being over the top hot. I have to admit; I found the sauce called “Hot” funny. It’s like they were thinking “yeah, this is fucking hot…oh wait…lets call it Hot!” 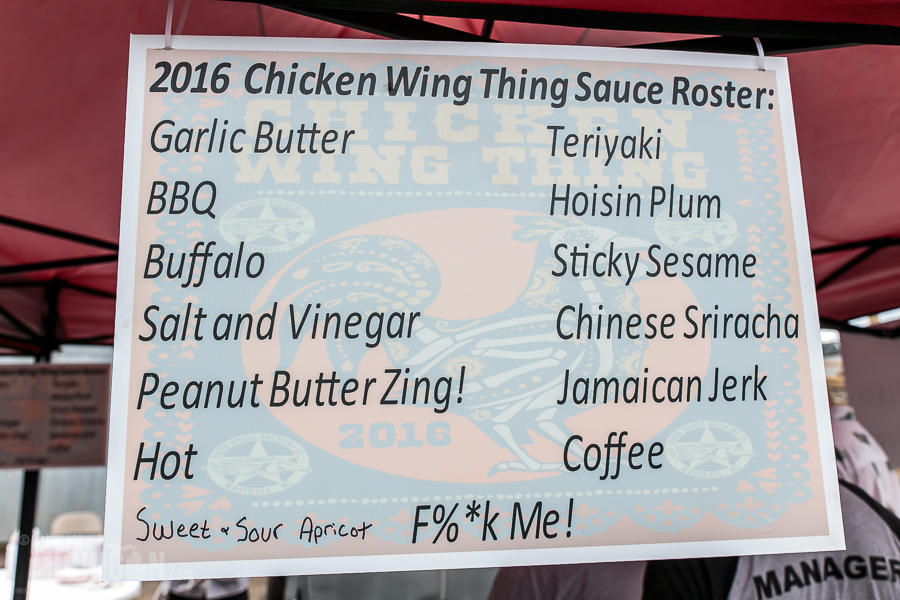 In addition to the wings and sauce, Dark Horse pulls out a nice selection of their beers. This year you had options of getting a beer in the taproom, in the beer garden, at the tin shed, just outside the Dark Alley Cycle shop (which is next door to the general store). The featured beer for sale in bottles at the store and on tap was the Quadtum Leap IPA, Oktoberfest, and Toonilla Stout. Each of these beers was spectacular with the Quad being a favorite at our table. The Toonilla was a close second with its supercharger hit of Dark Horse coffee with a dash of bourbon goodness. 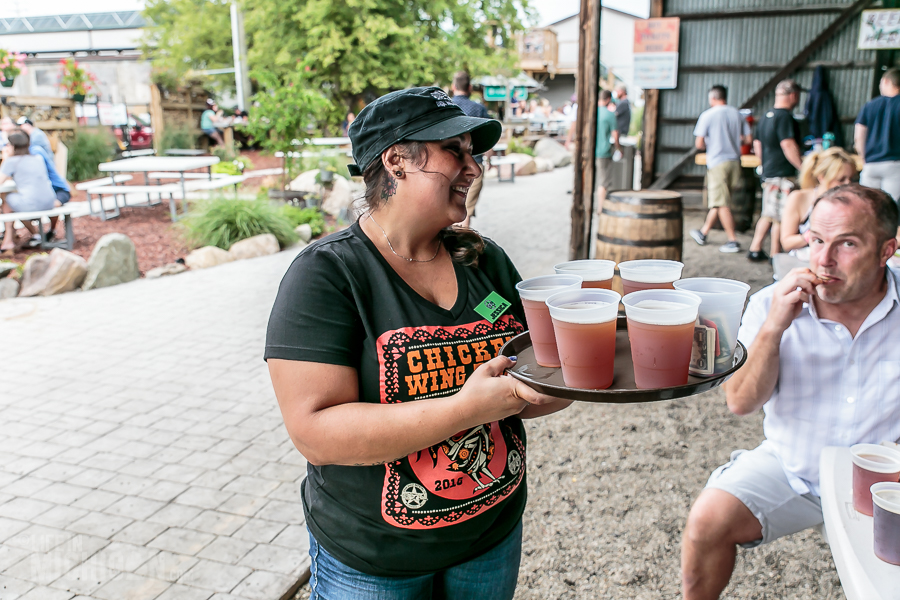 At a Dark Horse party, you can expect to hear some great homegrown Michigan music and the Chicken Wing Thing did not disappoint. The first band up was Nina and the Buffalo Riders. You may already know that I love the blues based rock that makes this band so damn good. Everyone in this band is an outstanding musician and when you throw in the gritty soul of Nina’s vocals, you have music that resonates with the all the joy that rock music can bring. 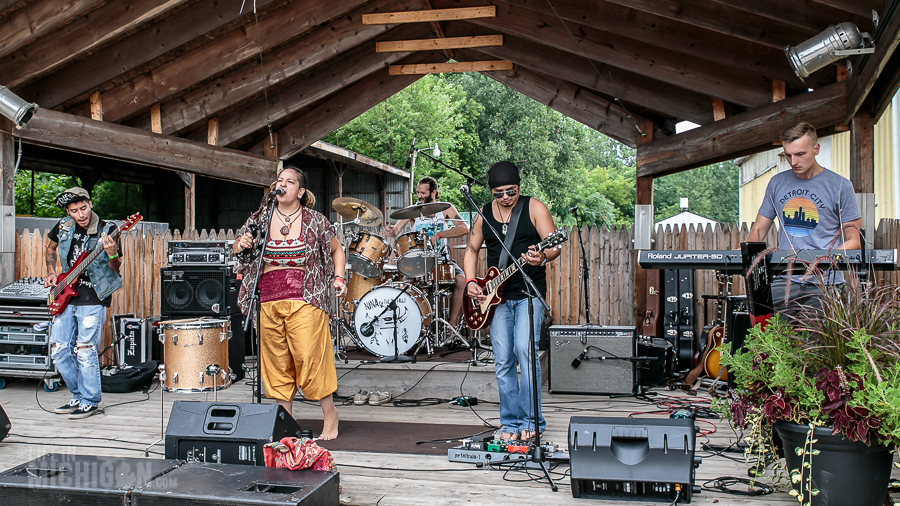 They played a bunch of tunes off their self-titled album, including my favorite “City”. They also have a host of new tunes, which the names are escaping me. I’m hoping they get back to the studio and get a new album out soon. In addition to their phenomenal originals, they dug into some sweet covers include “Landslide” by Fleetwood Mac and a jaw-dropping cover of “Stairway To Heaven” with Adam Enriguez nailing the solo as AJ was giving Bonzo a run for his money. 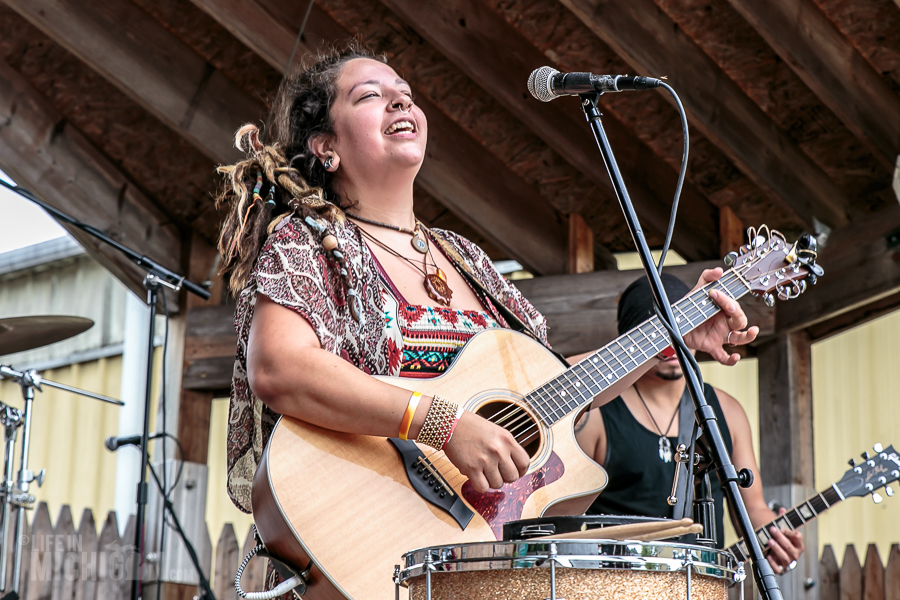 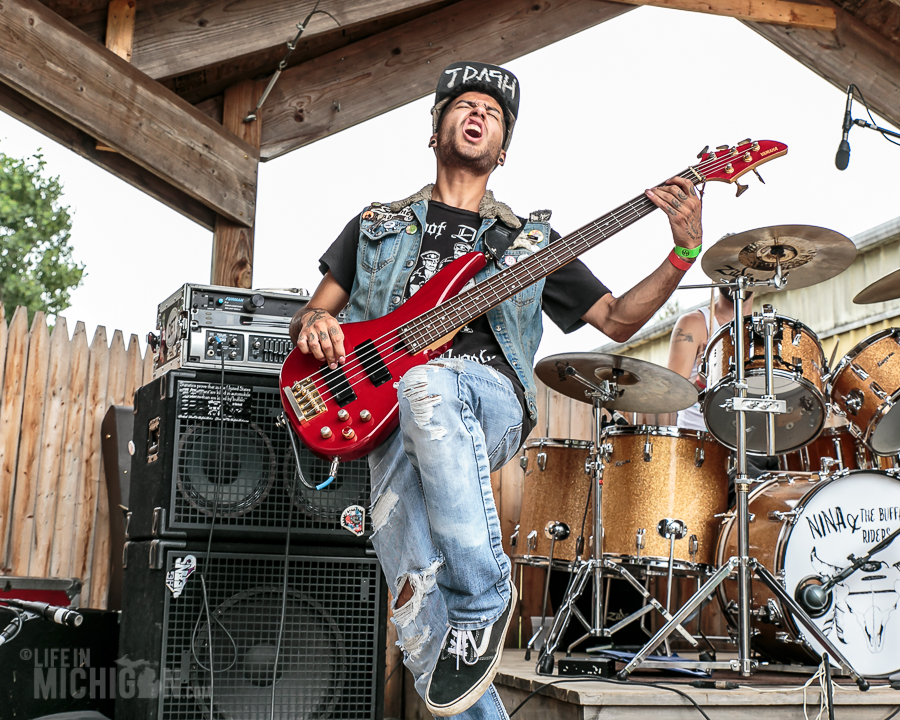 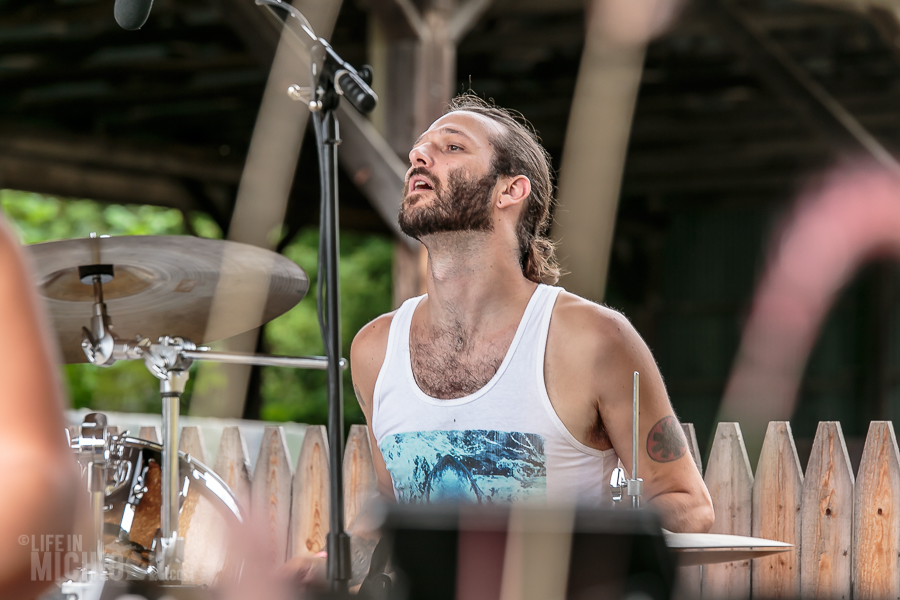 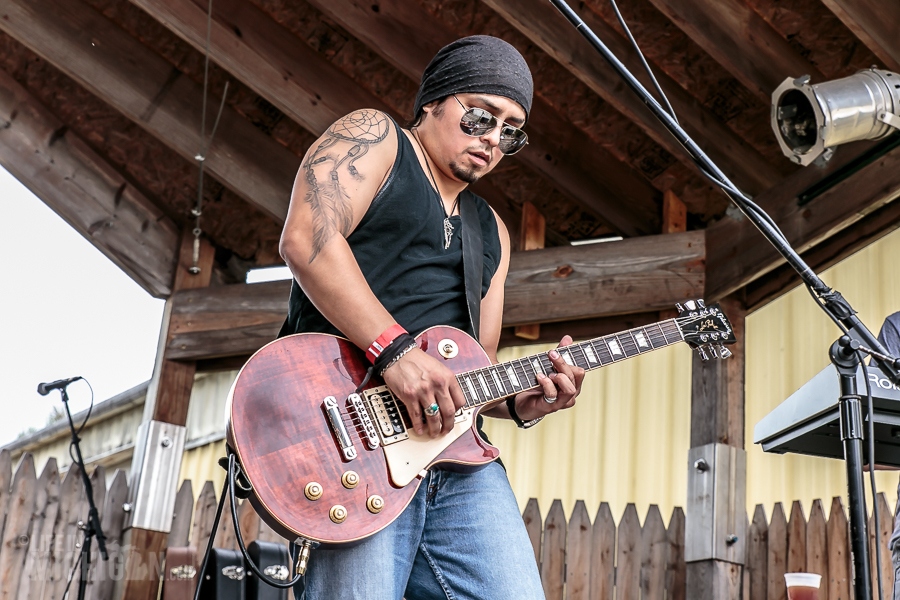 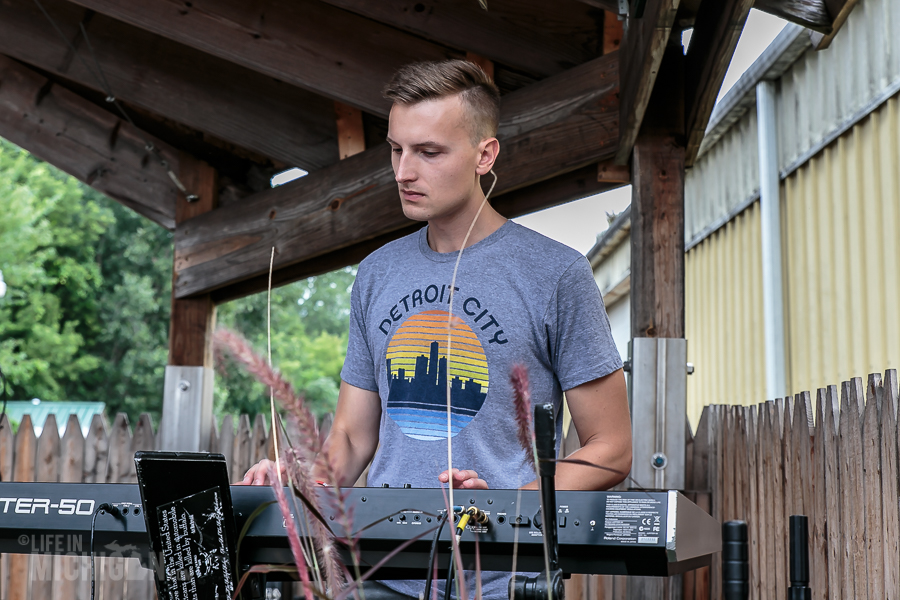 Check out the gallery for more pictures of the band.

If you’ve spent any time at Dark Horse, then you probably have met the mad Viking king, Alvin Lautzenheiser. Besides being a hell of a nice guy, he is also a talented musician. Playing a sweet tele and a Gibson studio through a Fender tweed, Alvin drew the crowd in with some an eclectic mix of blues and rock. 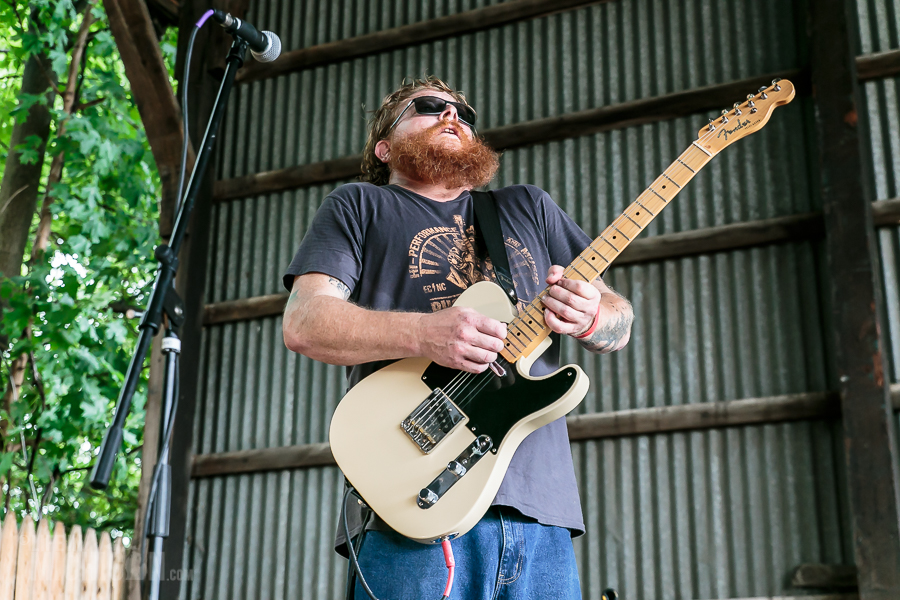 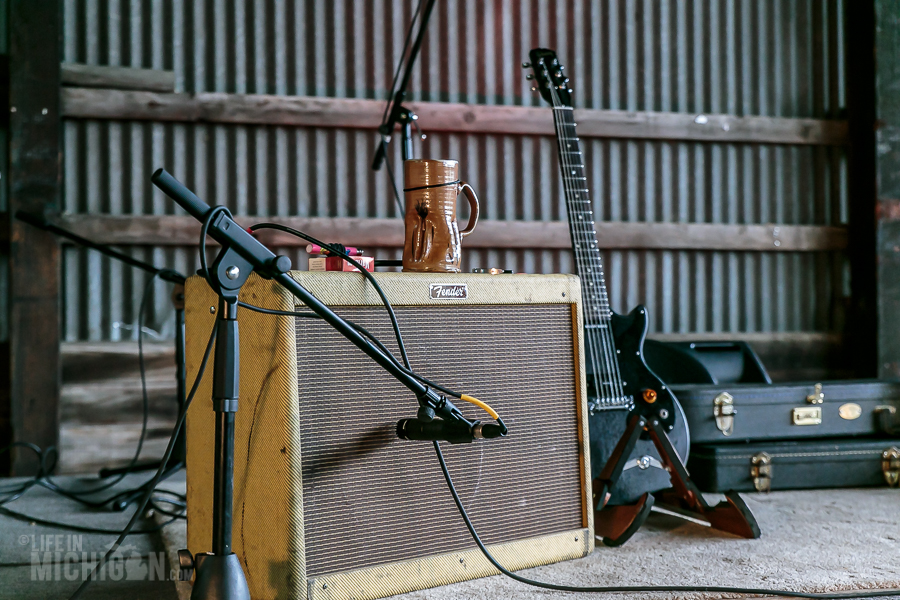 Alvin did some sort of Hendrix and Stevie Ray Vaughan jam that had the house screaming for more. When he finished, he said something like “Not sure what that was, but it was cool”. Yes, it was Alvin Rummage through the gallery for more pictures.

I hadn’t heard of Gary Moore II until our visit to the Chicken Wing Thing. This is the beauty of these events as you get to discover new music. Gary played a solo acoustic set of country music as it should be played; from the heart. 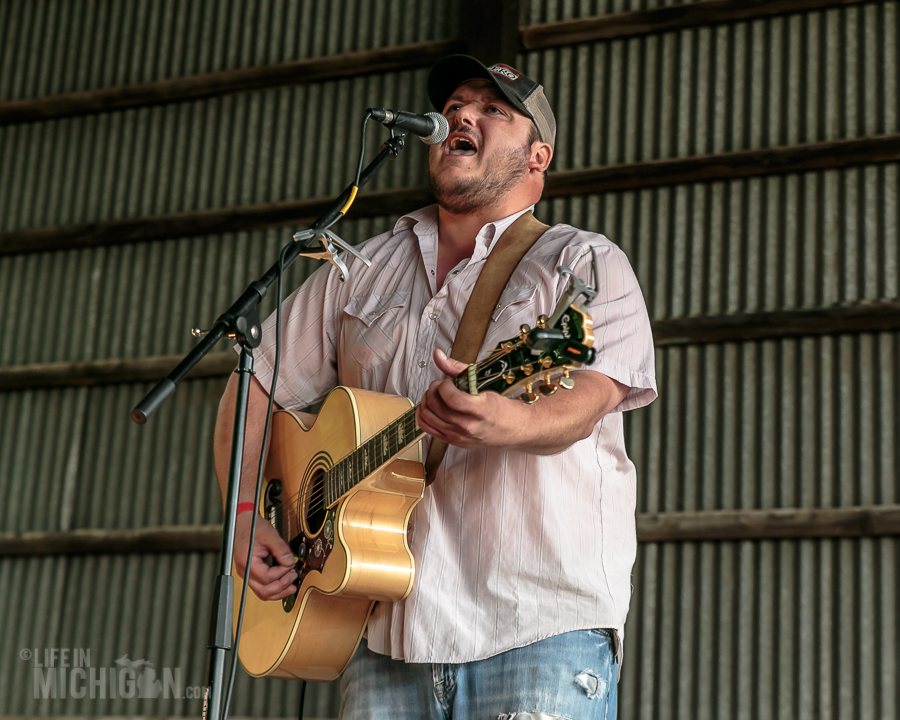 There is no pretense or fancy footwork with Gary’s music, just honest stories of life. We’ve got a few more pictures in the gallery.

I think that a band didn’t show, but no worries. Nina got on stage with her acoustic guitar and had Alvin accompany her. They had everyone in the house singing along with “Me and Bobby McGee” and “Heart of Gold” by Neil Young. 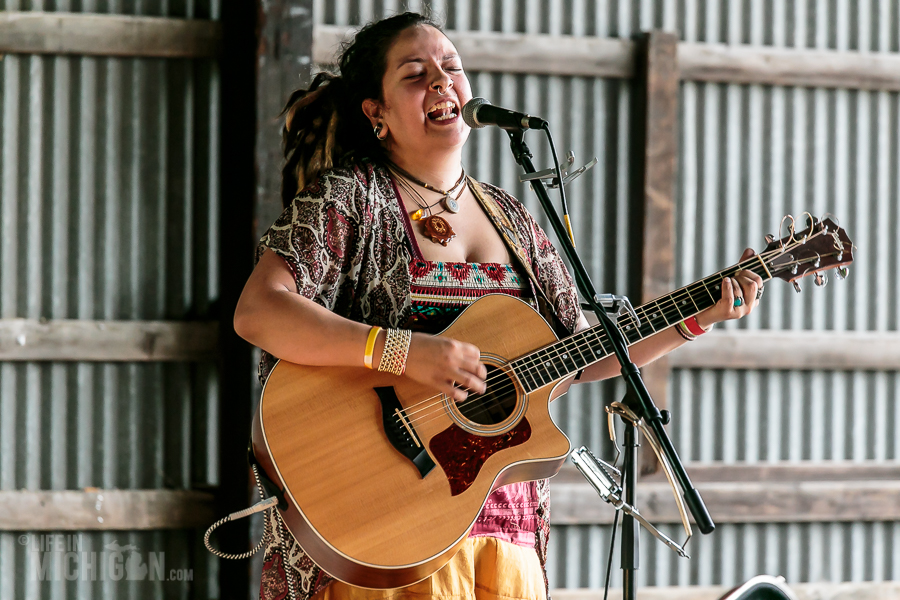 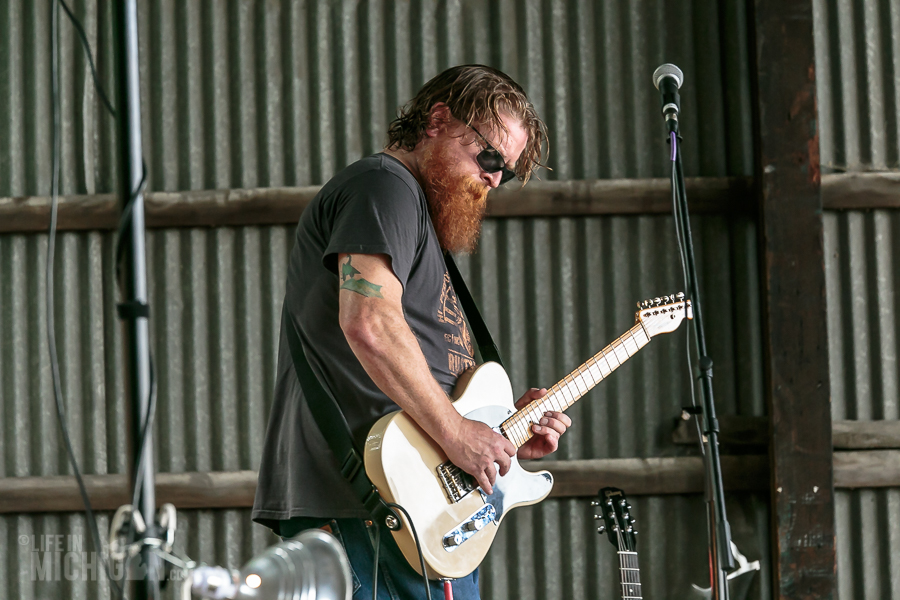 For having never played together, they sounded great.

To keep the music rolling, Gary Moore and Alvin took the stage for a few covers. Now I will admit at this point, I was feeling my Quad IPA and singing along without paying attention to what they were playing. I’m pretty sure they did a Springsteen cover. 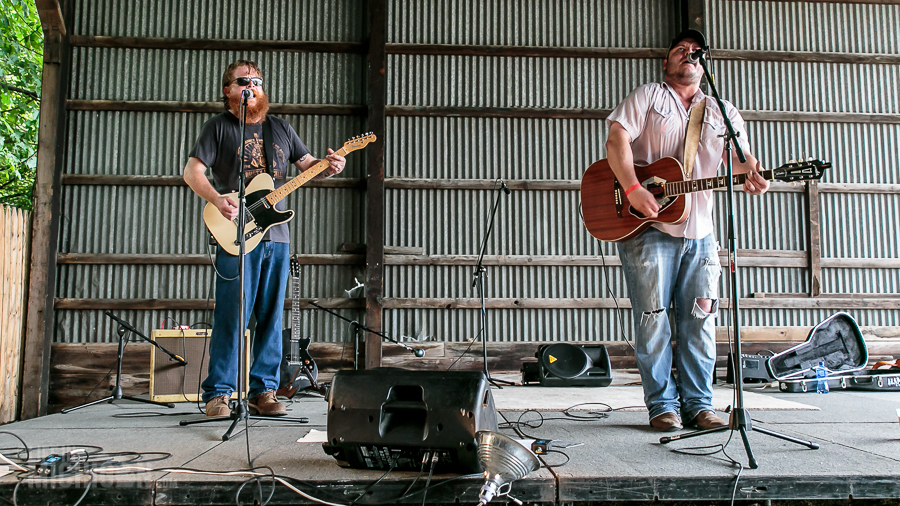 Guys, if you are reading, feel free to let me know what you played and I’ll amend my post.

The Crooked Little Reasons are hot and sticky southern rock. Unabashed and full tilt, this band was full throttle right out of the gate. They looked like they were having a ball and the crowd ate it up. They reminded me of the other gritty southern rock bands like Blackberry Smoke and Fifth on the Floor. Drinking music that, are you moving your feet and bear hugging your friends. 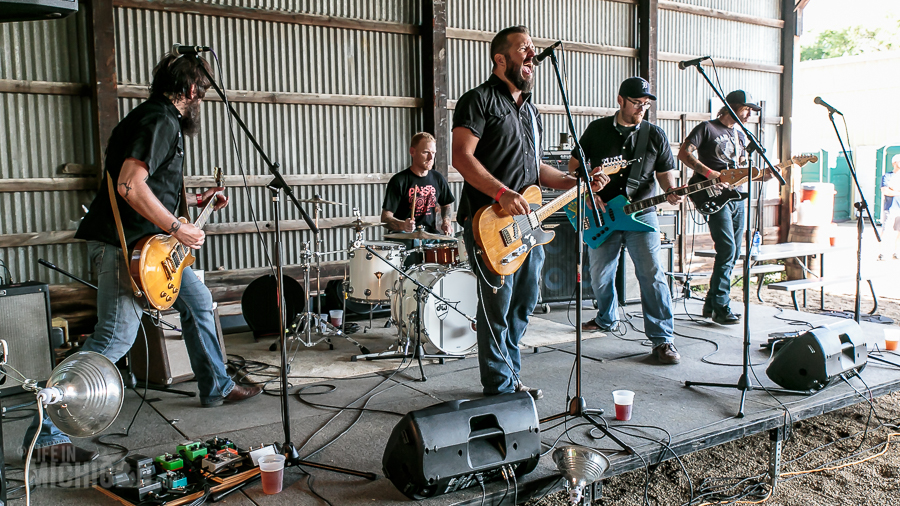 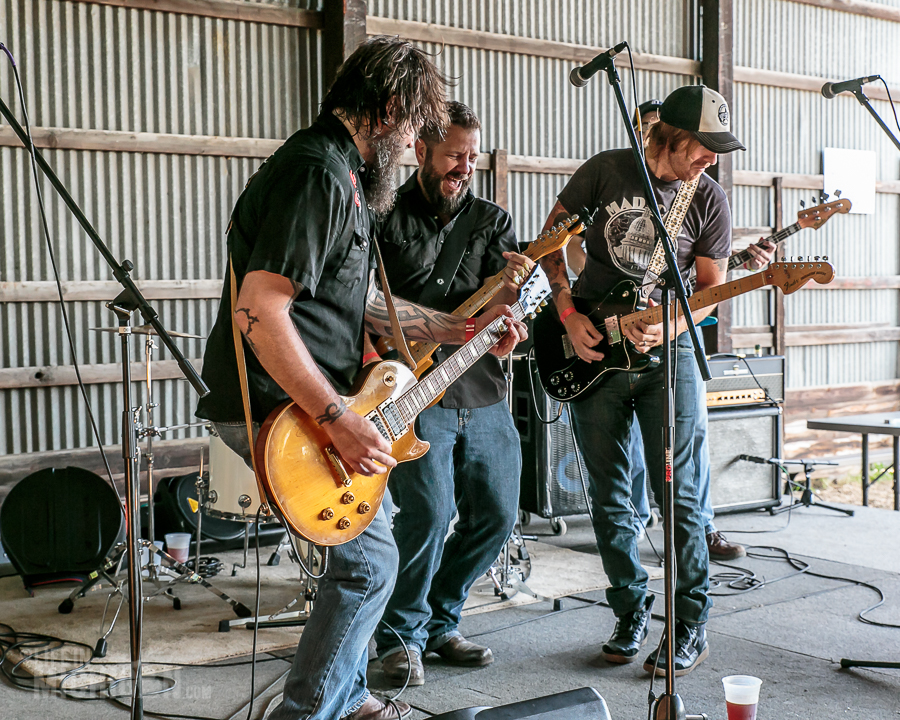 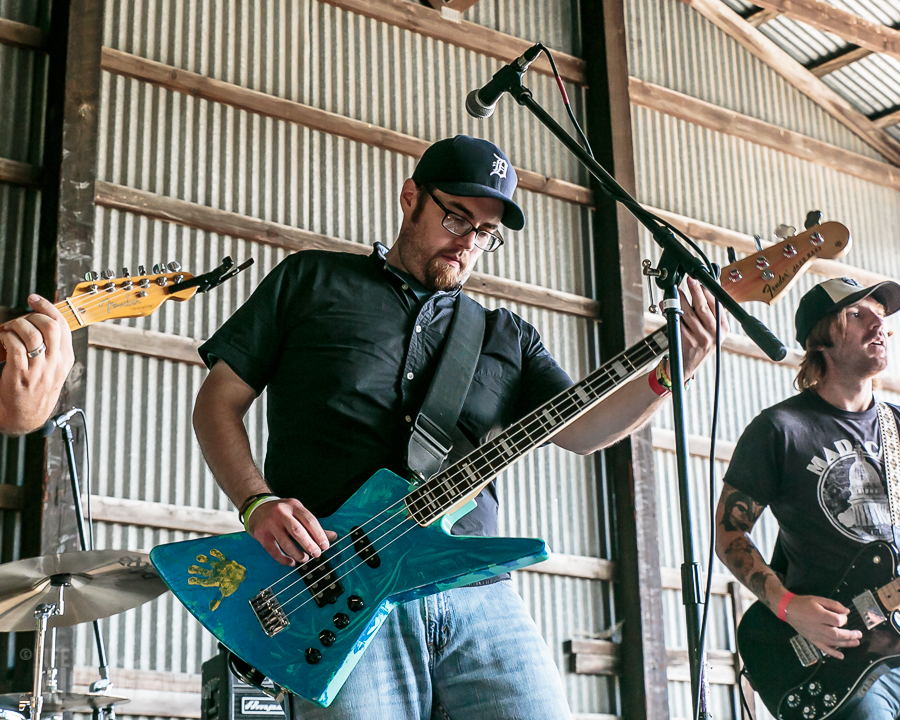 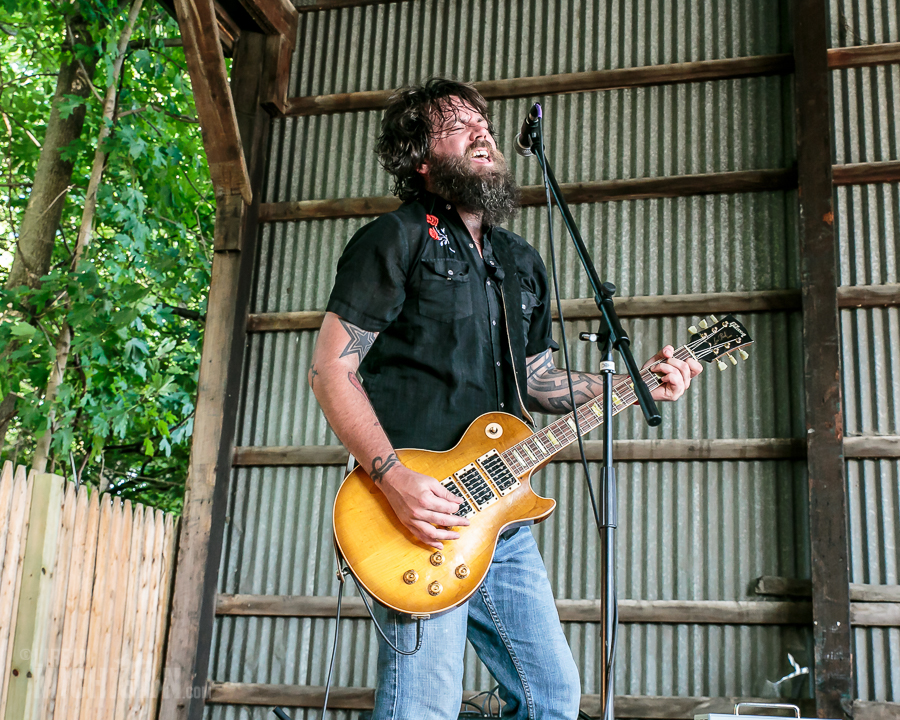 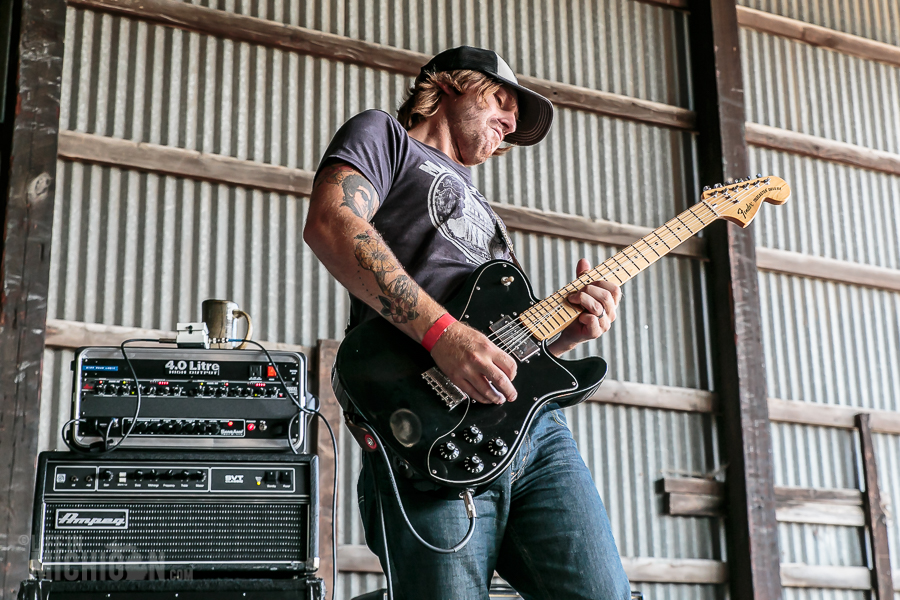 There was more music, beer, and wings to enjoy; however, we needed to find our way home. We had a fantastic time at the Dark Horse Chicken Wing Thing. Many thanks to all the hard working staff at Dark Horse who kept us well fed and hydrated. Drop into the gallery for more pictures.

If you enjoyed our coverage of the Chicken Wing Thing at Dark Horse Brewing, then please share it on your favorite social media venue or send it as a link to your friends and family. If you’ve got a story to share or just want to say hi, please leave a comment.