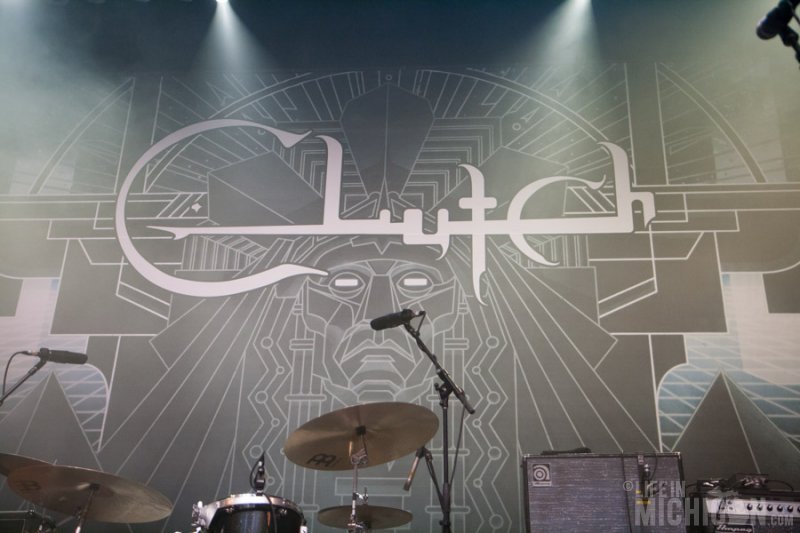 First off, I have to send out a HUGE thank you to Clutch and Jon Freeman of Freeman Promotions.  They hooked me up with photo pass, so I could get up close for some photos.  I’ve done photography for a few shows (Anthrax, Black Crowes, Hana Malhas), but this was my first time being up front with the pros!  What a rush! 🙂  Thank you again!! 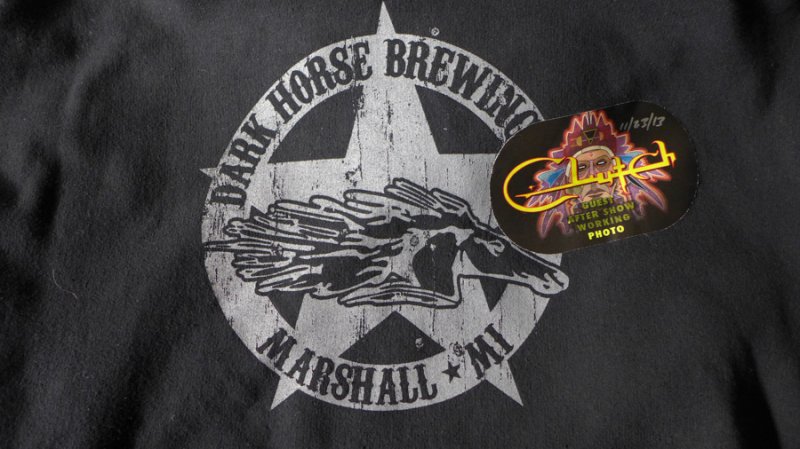 The Power of Live Music

Chuck, what does this have to do with seeing Clutch (with special guests The Sword, and American Sharks) at the Fillmore last Saturday in dazzling Detroit?  Glad you asked!  Clutch sounds great recorded in the studio.  When you hear “The House That Peterbilt” on their self-titled disc, it infects your body and makes you move.  You hear that same tune live, sweating your ass off in the crush of a bunch of Clutch fans, and now you can literally feel the power of music! 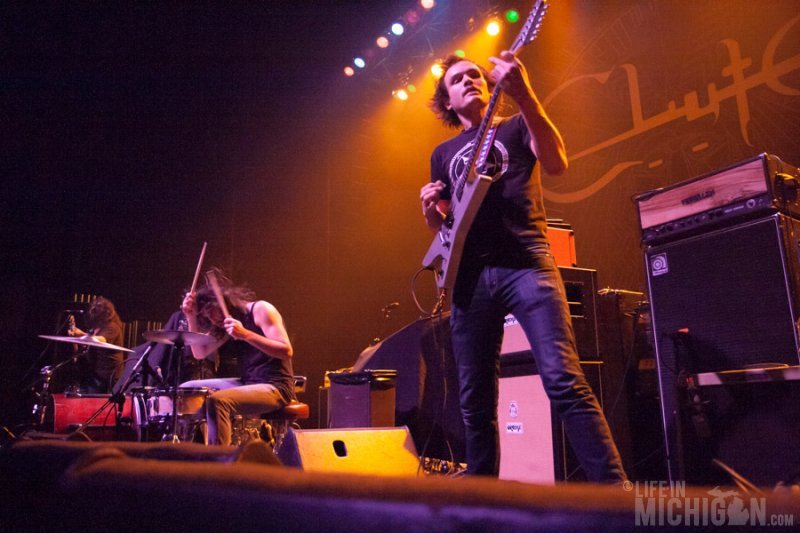 I’ll be honest, I’d never heard of the American Sharks before this show.  My exposure consisted of seeing their video for “Overdrive” before going to the show (I like to know what I’m getting into ahead of time).  These guys tore it up!  Another example of the energy of a live band adding that special touch to their music.  They came out strong and played hard.  Sort of reminded me of Queens of the Stone Age with Glenn Danzig singing. 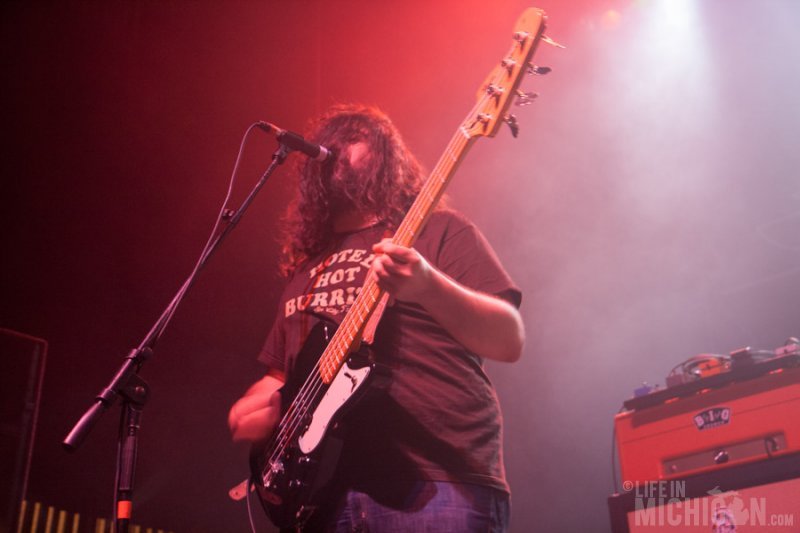 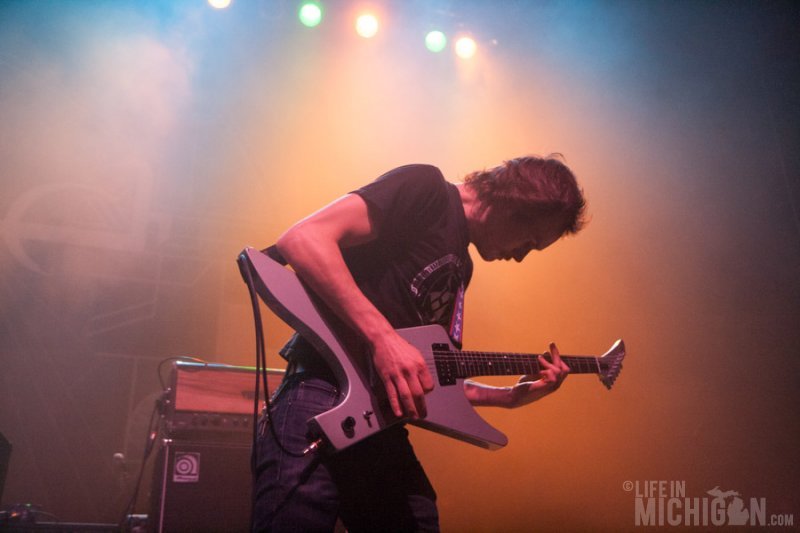 I’m not exactly sure of the set list (sorry guys), but I’m pretty sure they jammed “XVI” and “Indian Man” (as I bought those after the show, and they sounded pretty damn familiar).  It was great to witness the ferocious drumming of Nick Cornetti.  That guy beat the shit out of those drums! 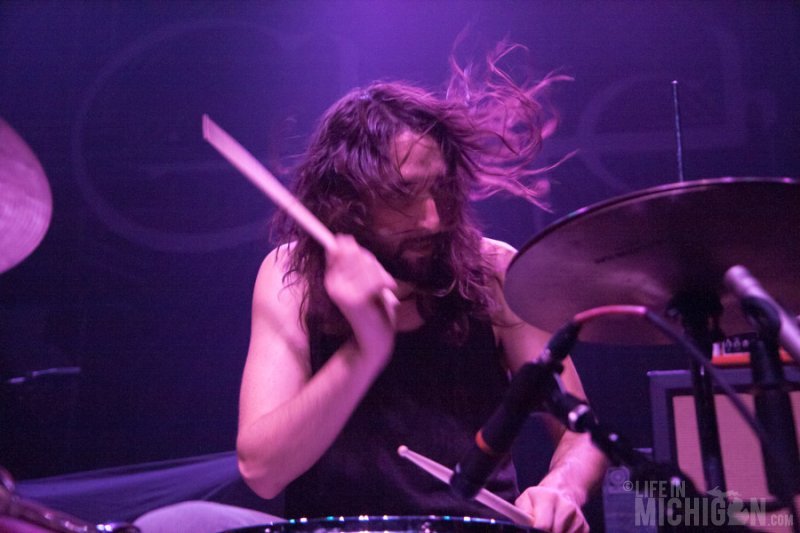 Die By The Sword 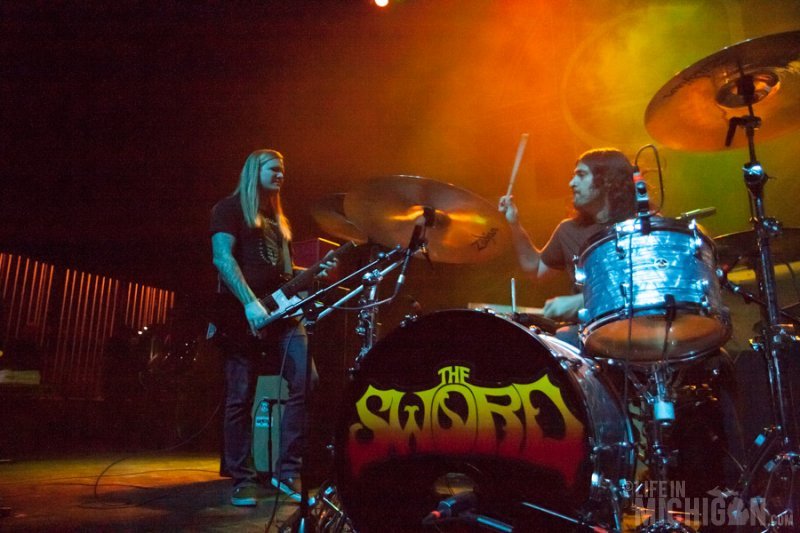 The Sword took the stage next and put the hammer down!  Here again,you have some awesome riffs and plenty of bulldozer low-end that gets put into high gear when you witness them live. 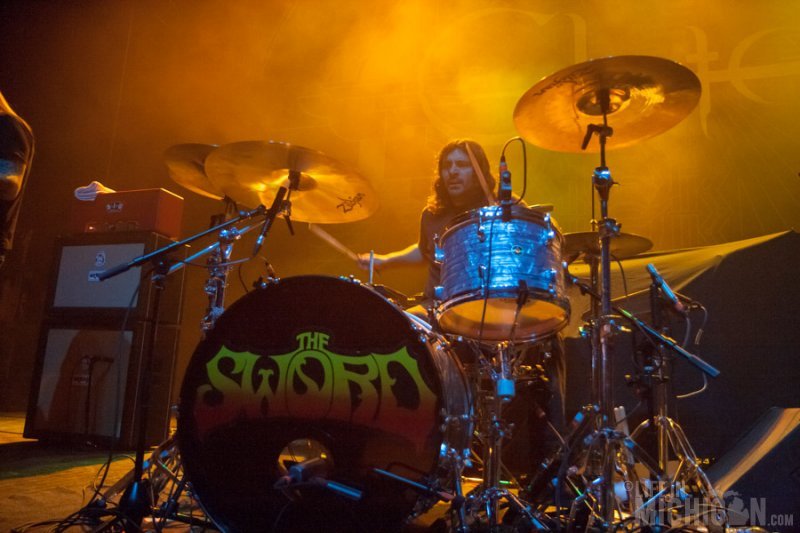 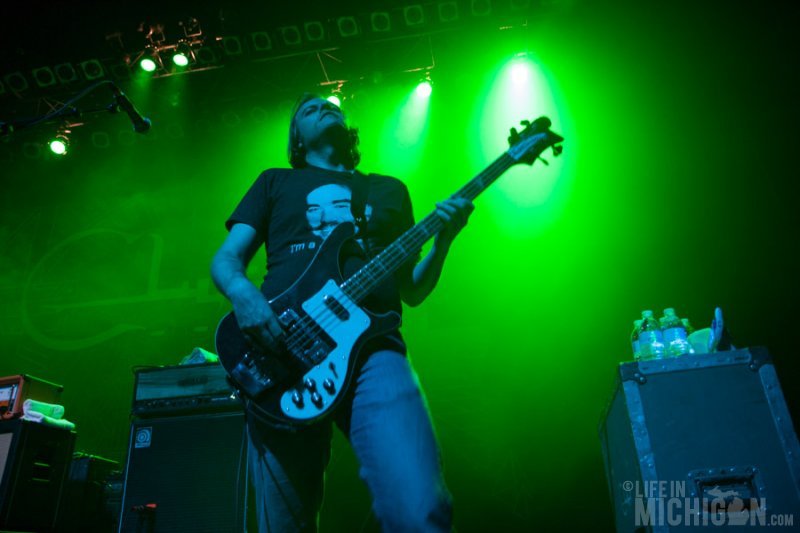 I know these guys are constantly being compared to Black Sabbath, but that is great company in my book. I’d say my favorites were some of their new tunes, such as “The Veil of Isis” and “Dying Earth”.  “Barael’s Blade” and “Freya” off “Age of Winters” were damn good as well. 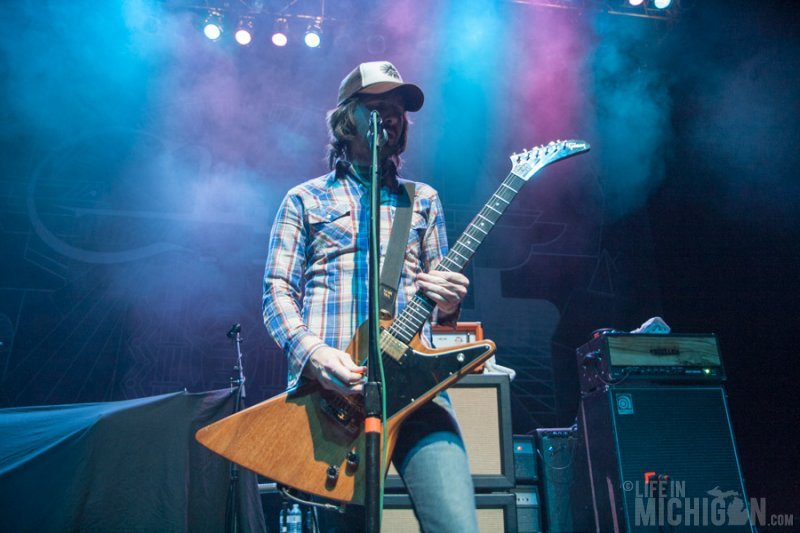 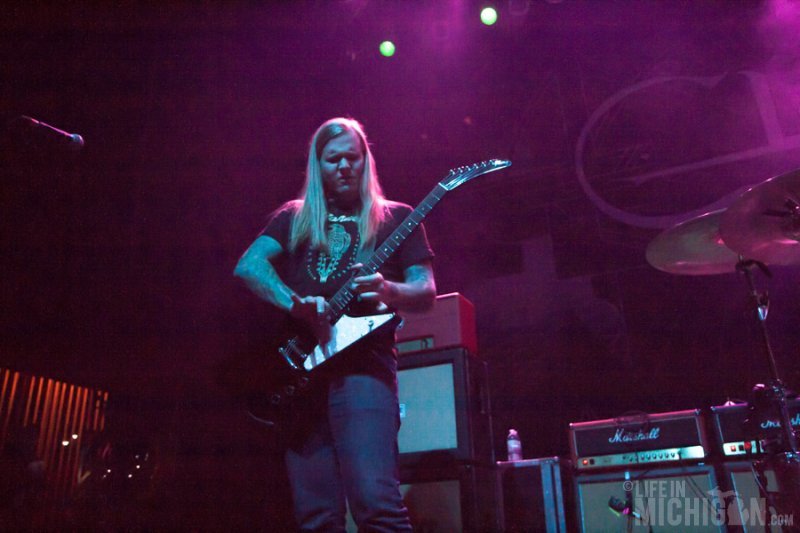 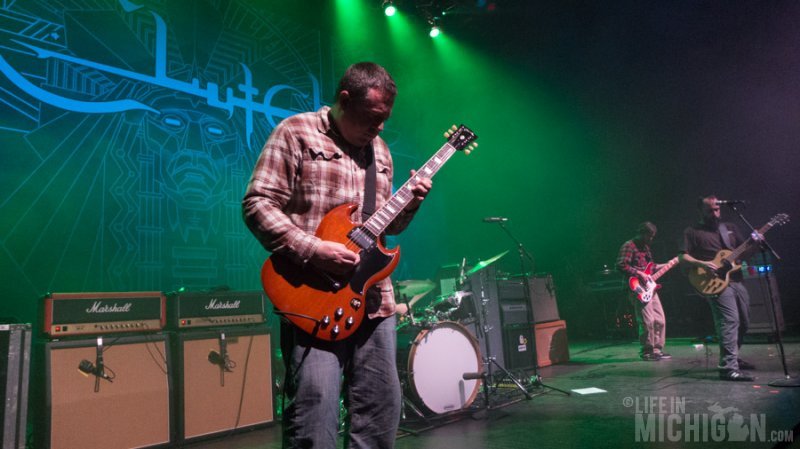 Here again, the power (or should that be Pure Rock Fury :)) of this band shines when you see them live.  I was a sweaty mess after being up front in the swarm of fans back in 2005 when I first saw Clutch live at Royal Oak.  Its been that way every time I’ve seen them since. 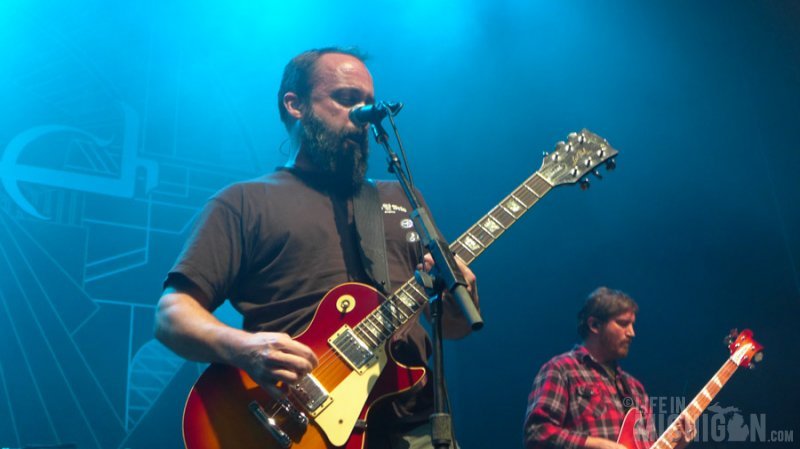 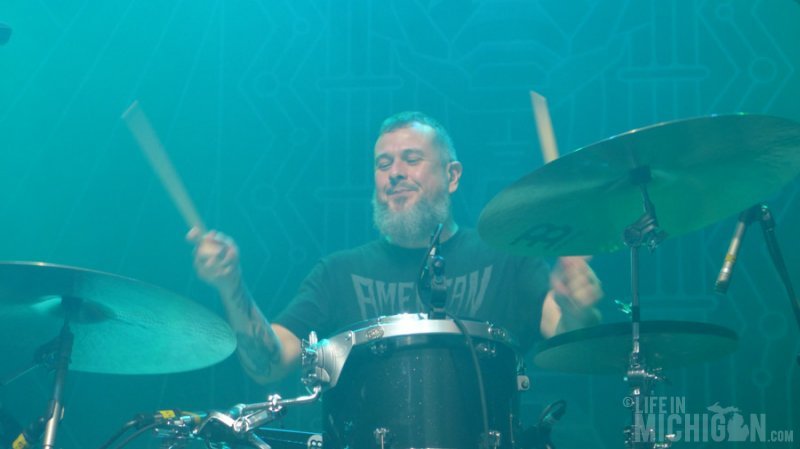 Clutch has some die-hard fans here in Michigan.  I swear I see some of the same faces, along with a crop of new kids, at each show.  There is great rapport between Clutch and their fans at the shows.  They put a lot of energy into the show and the crowd gives just as much back. 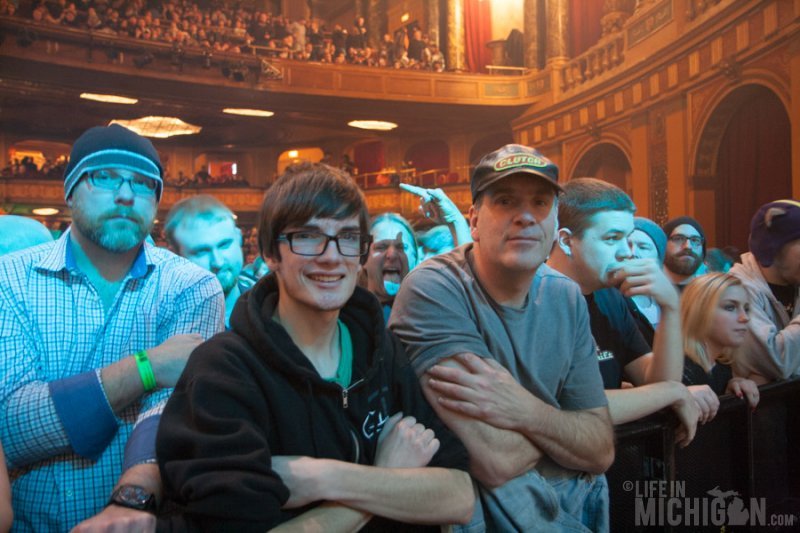 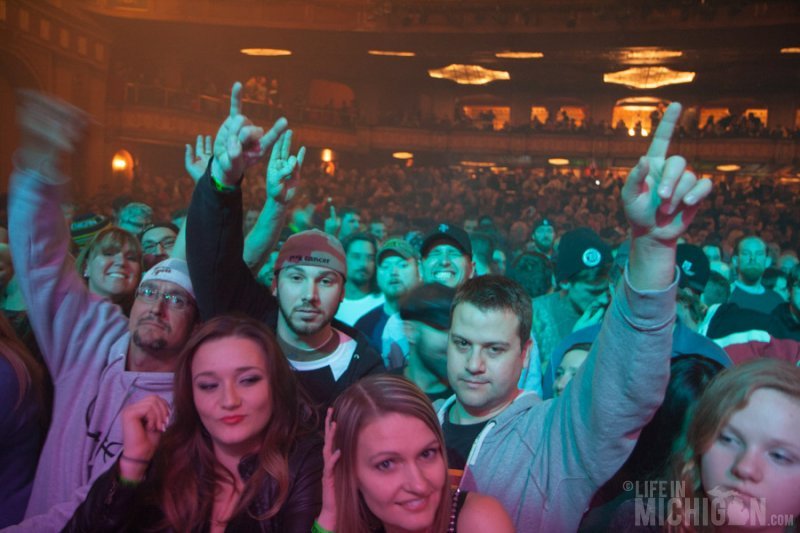 Clutch laid down some of my favorites, such “The House That Peterbilt”, “Supergrass”, and “Subtle Hustle”.  They also did a nice selection from”Earth Rocker”, including the title track as well my favorite cut, “The Face”.  Love that line…”Uncounted Les Pauls, Explode and take flight”!   The imagery is great.  Besides, I love Les Paul guitars! 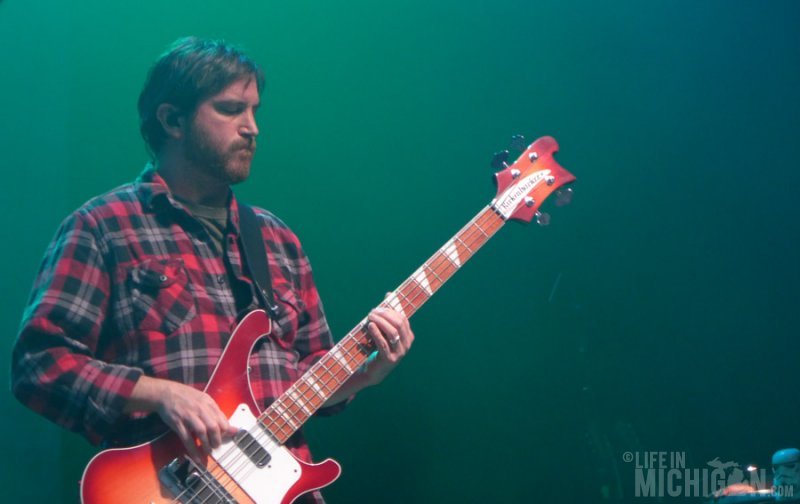 The encore included another killer tune, “Electric Worry” and then the show was over and it was time to go home.  Once again, Clutch put on a fantastic show.  Being down in the photographers section was incredible and most appreciated.  It was also a blast to be near the front row during the rest of show packed in with the rest of the fans.  Although my camera didn’t think it was so great.  My Canon Rebel was D.O.A the next morning.  That’ll teach me 🙂   Cameras and the pit don’t always mix.  As a tribute to my old camera, please be sure to check out the rest of the photos in the gallery (there a ton more to see!).