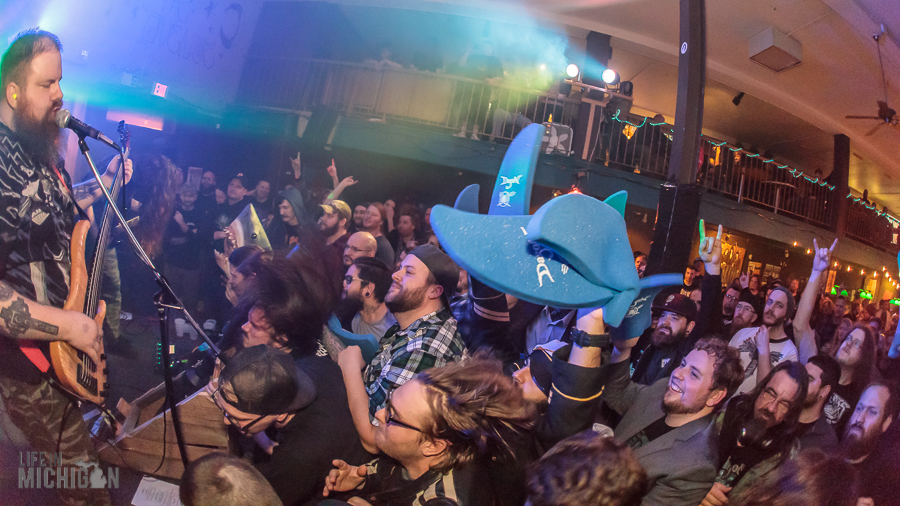 Dagon: Back to the Sea

It was just over a year ago that a packed house at the Avenue Café in Lansing celebrated the return of the melodic death metal band; Dagon. Now the band is unfurling their sails with the release of ‘Back to the Sea’ on Luxor Records. The new album is an amazing collection of nautically themed metal music. It features thirteen songs packed with the ferocity of a hammerhead shark in full frenzy. 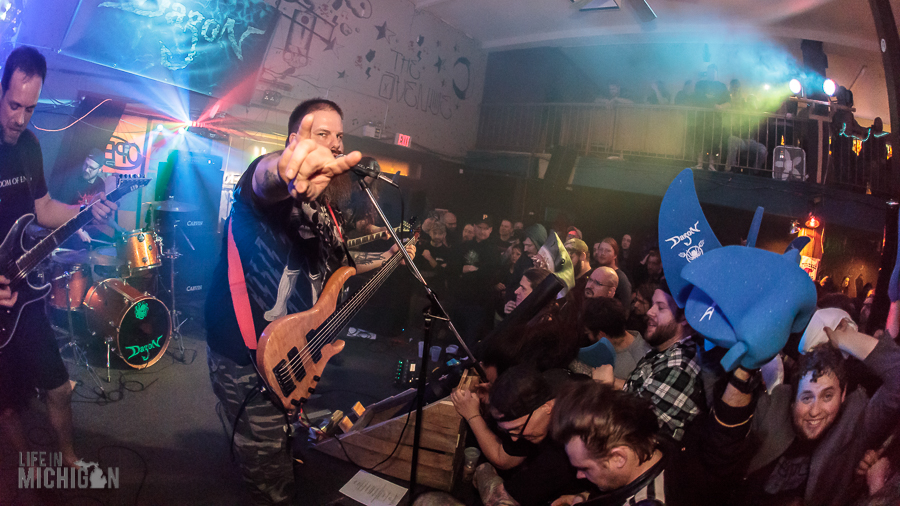 To say that I was excited for this show was an understatement. Shockingly, I didn’t have this band on my radar until the reunion show in 2016. I’d met guitarist Kris Finison when he was part of Speedgod. When I heard he had joined a band called Dagon, I checked out their previous full length album ‘Terraphobic’ and I was hooked. 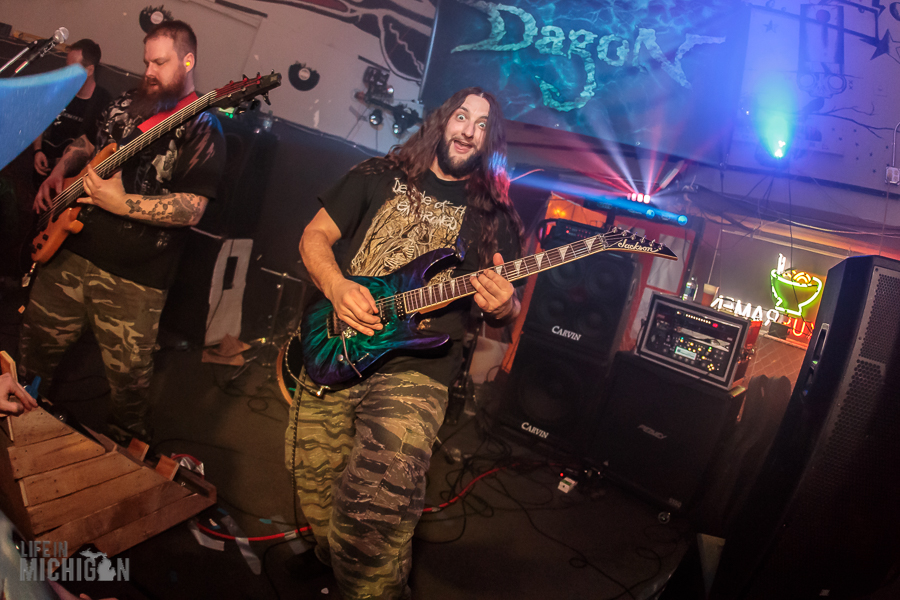 The Avenue already had a good size crowd on hand when Throne from Jackson opened the show. This blackened death band raged with the furious fires of hell. They had a menacing stage presence and monstrously intense music which captivated the crowd. If you take your death metal black and evil like the music of Dark Funeral, Marduk, or Belphegor then you will dig this band. Stop by the gallery for more photos of Throne. 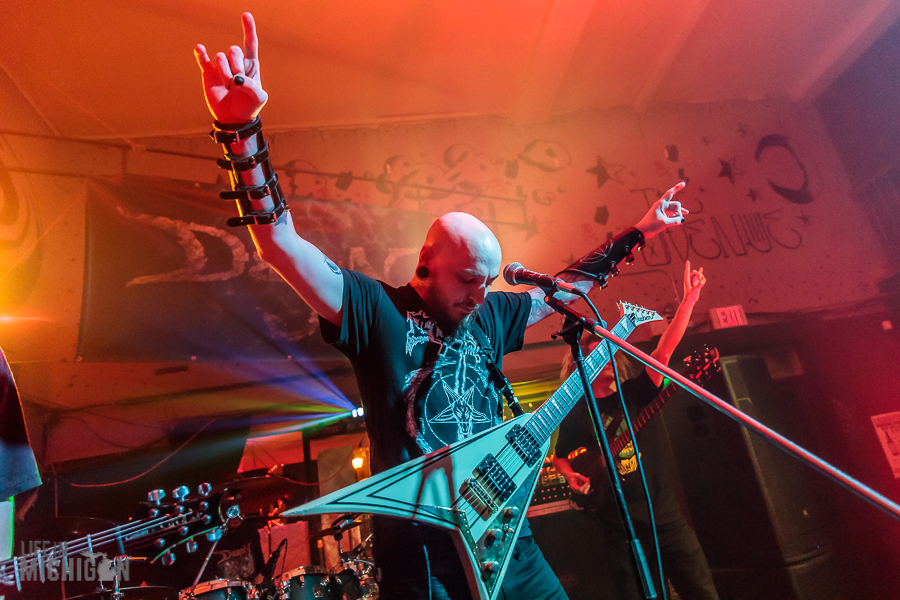 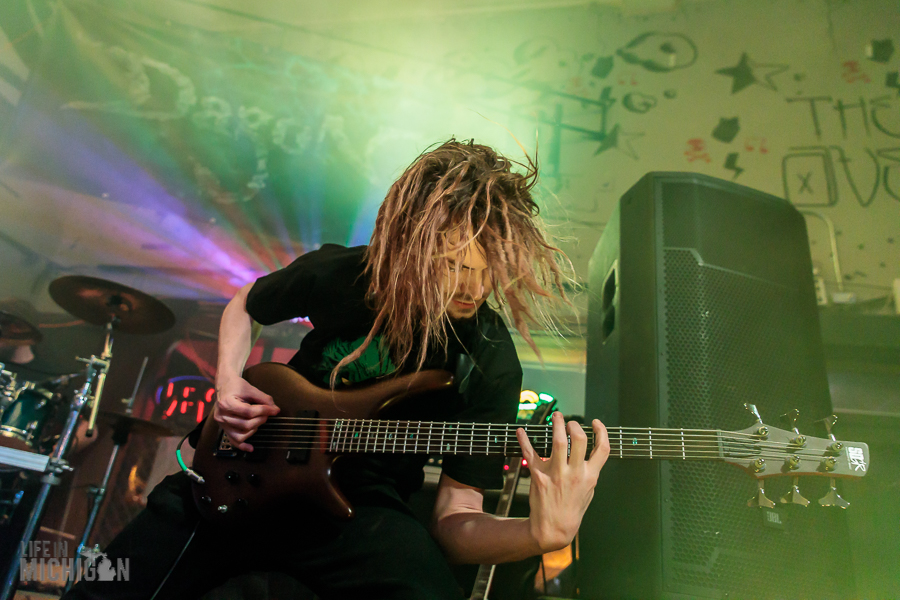 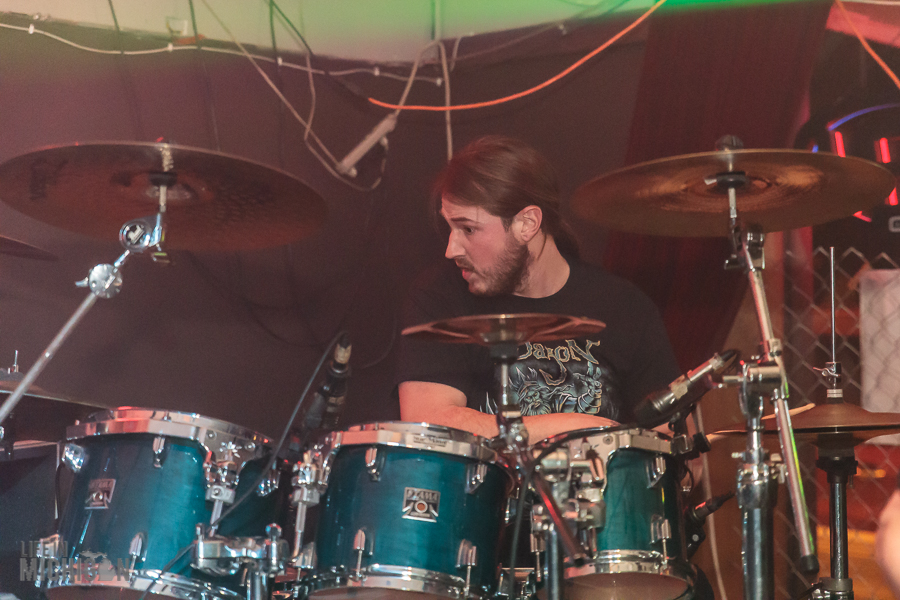 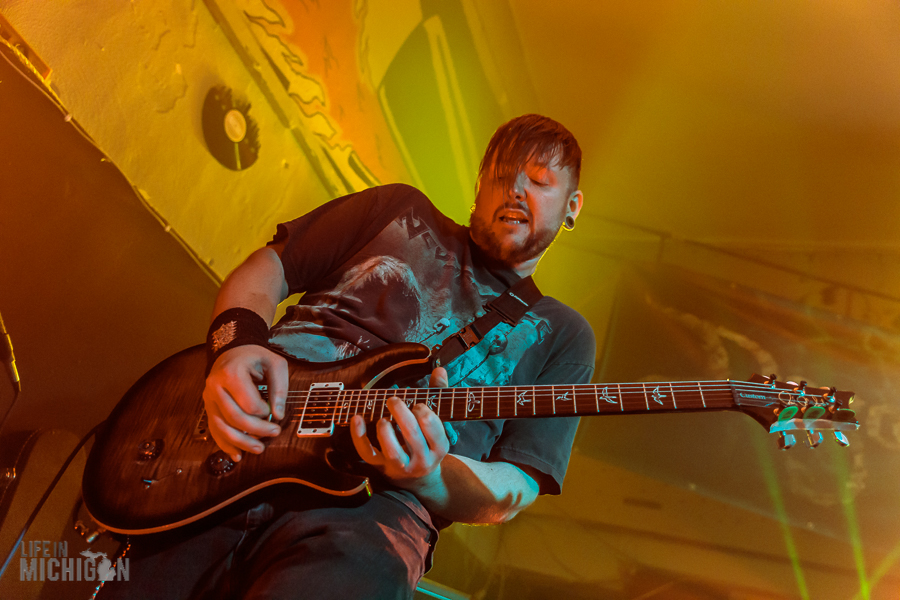 Next up was a sonic sledgehammer of death from Grave Leech. This Lansing band blasted wave after wave of primal riffs soaked in metallic distortion. They grinded out death metal that had me thinking of Entombed and Dismember. There were plenty of fans in the audience who were happy to bang their heads with the band. Head over to the gallery for more of Grave Leech. 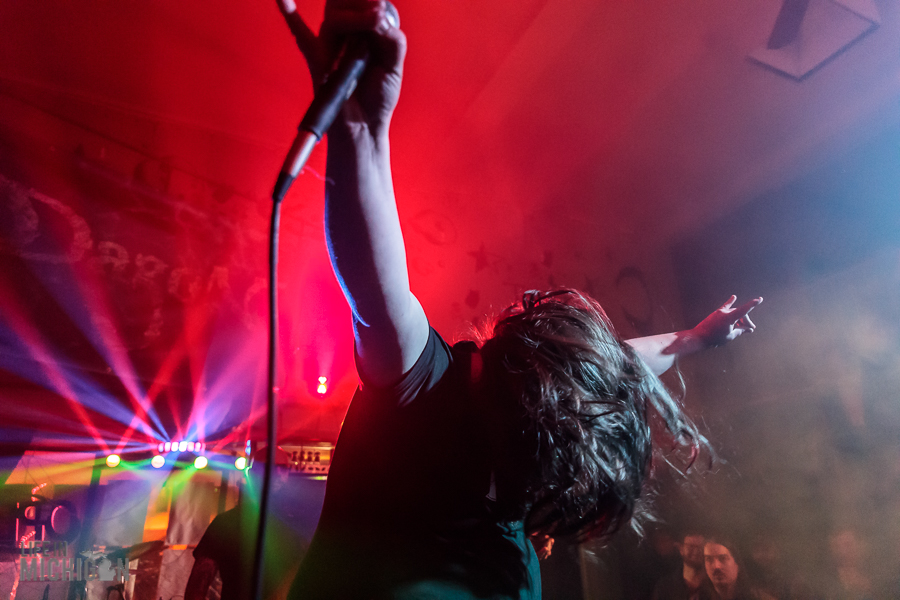 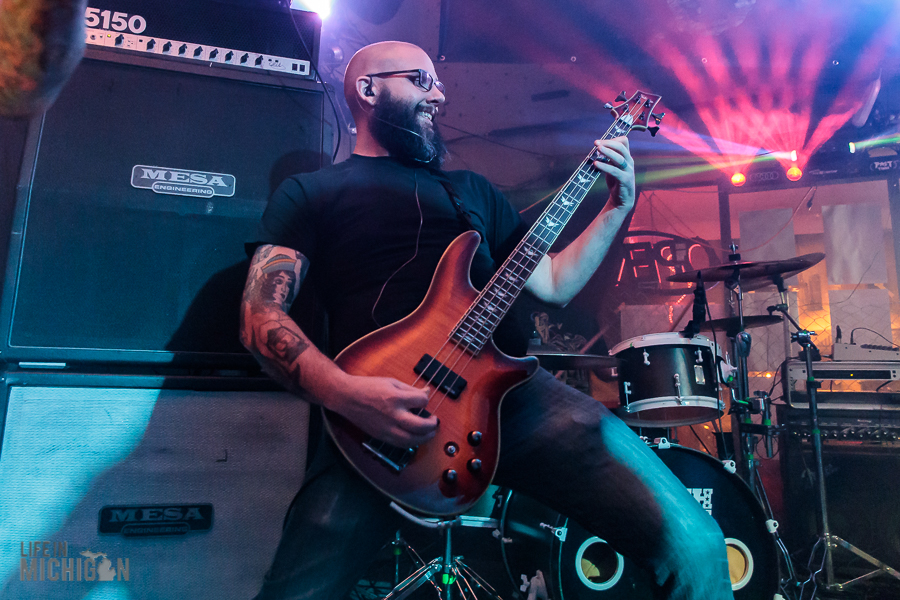 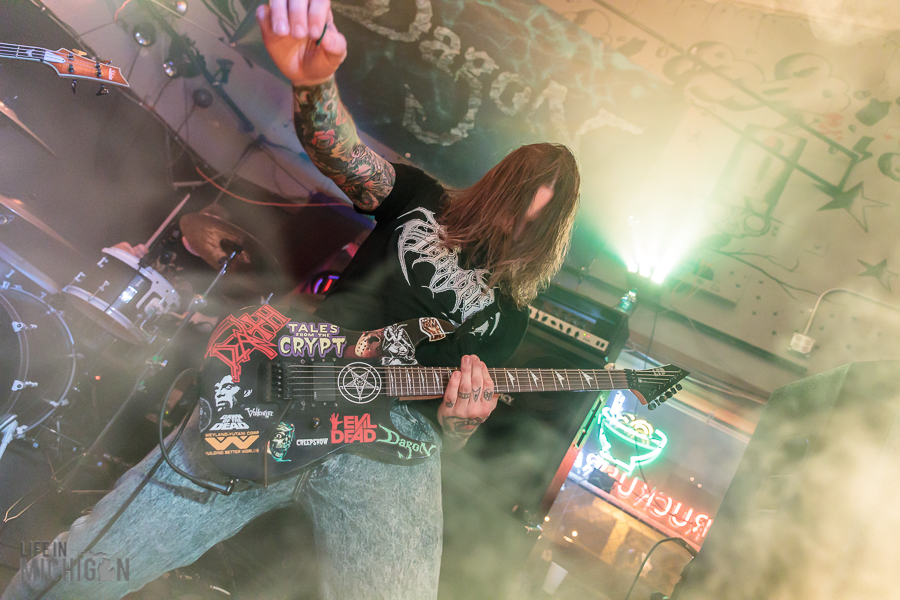 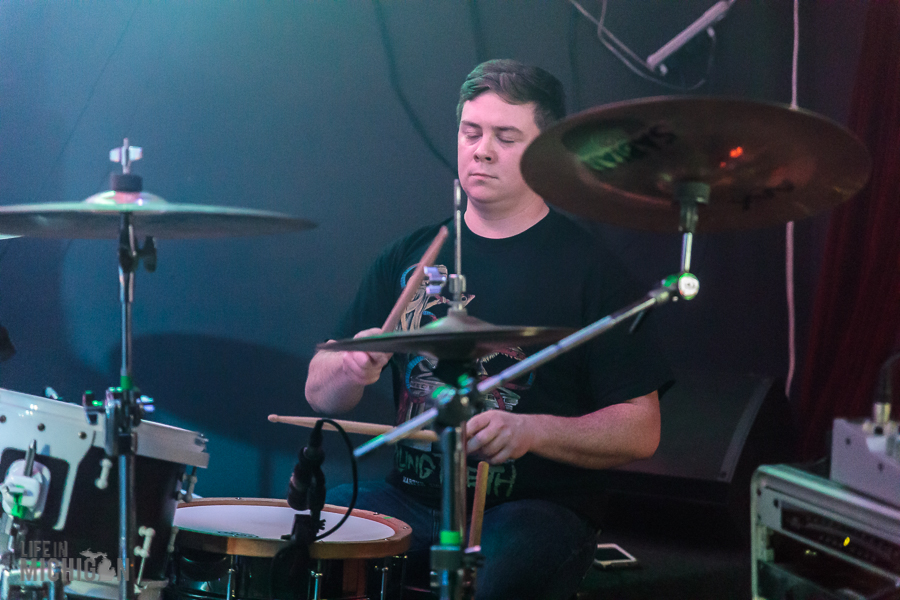 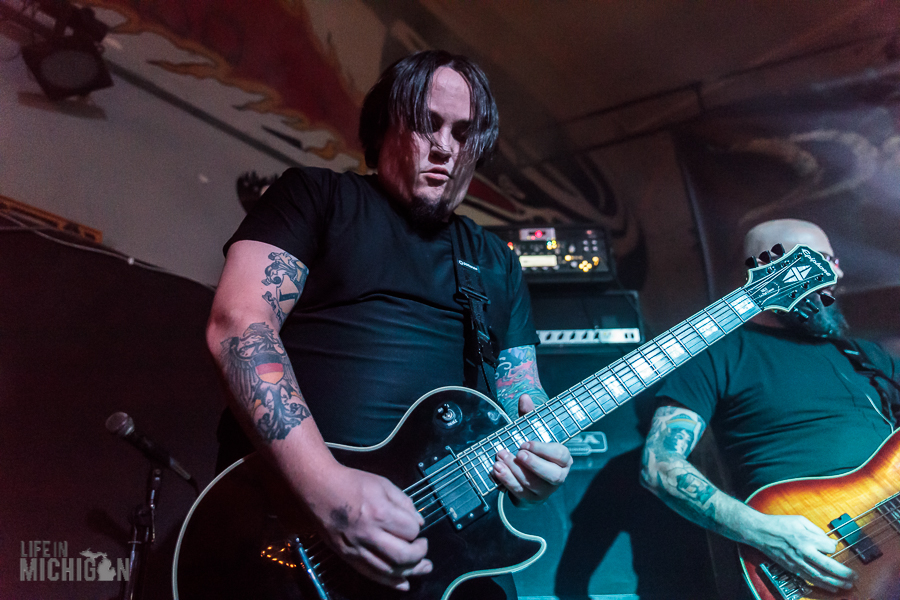 Kingdom of Ends changed up the pace with metal that defies categorization. This three piece can throw down with the best of them. They tore into their set with bludgeoning riffs riding an avalanche of ear smashing drums. Their music was raw and provoking. The arrangements were original with hints of Mastodon and High On Fire. Be sure to check out their album and see them live the next time they are in your town. Check out the gallery for more of Kingdom of Ends. 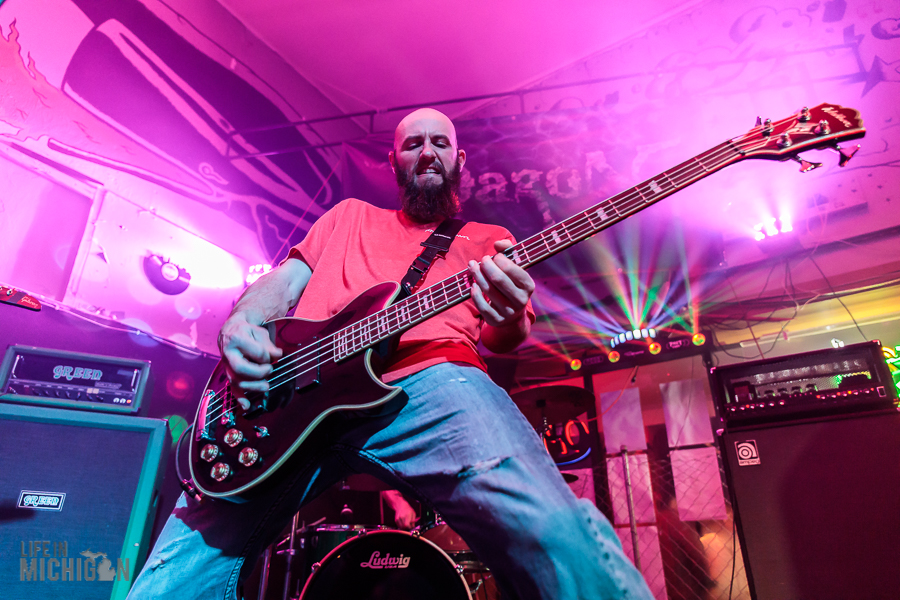 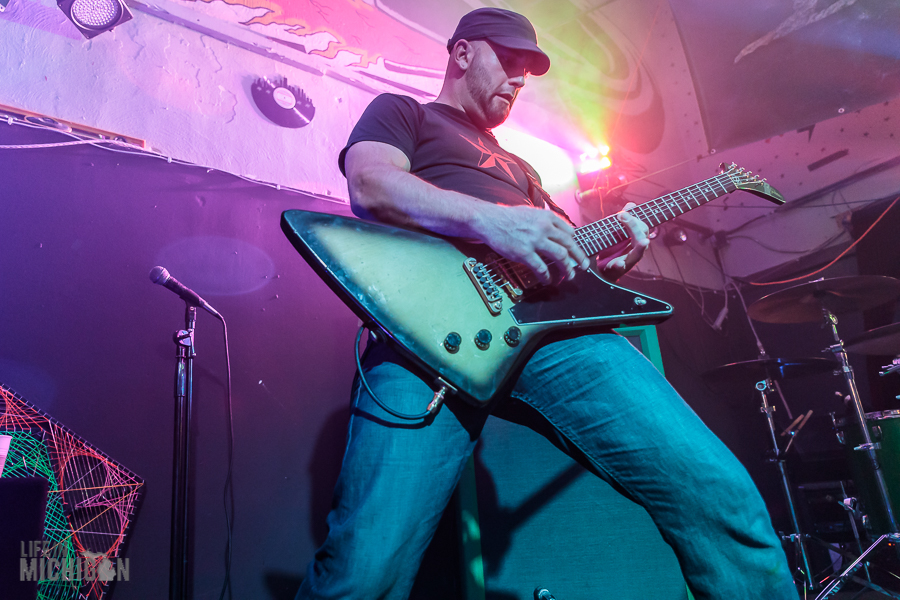 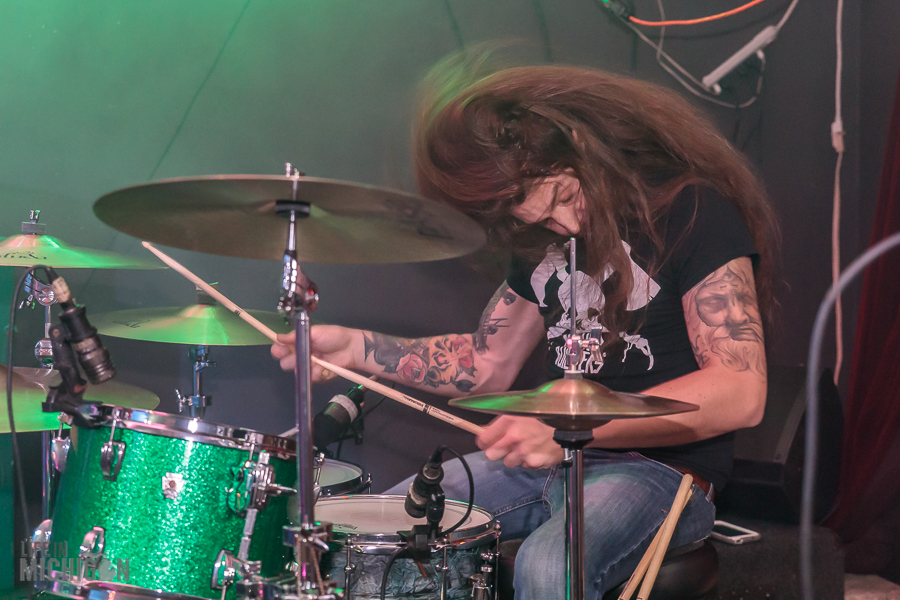 The atmosphere inside the Avenue Café was primed to explode by the time Dagon prepared to take the stage. The crowd packed in like sardines against the stage. I heard after the show that the venue was sold out and at capacity. As soon as Dagon started playing, all hell broke loose. 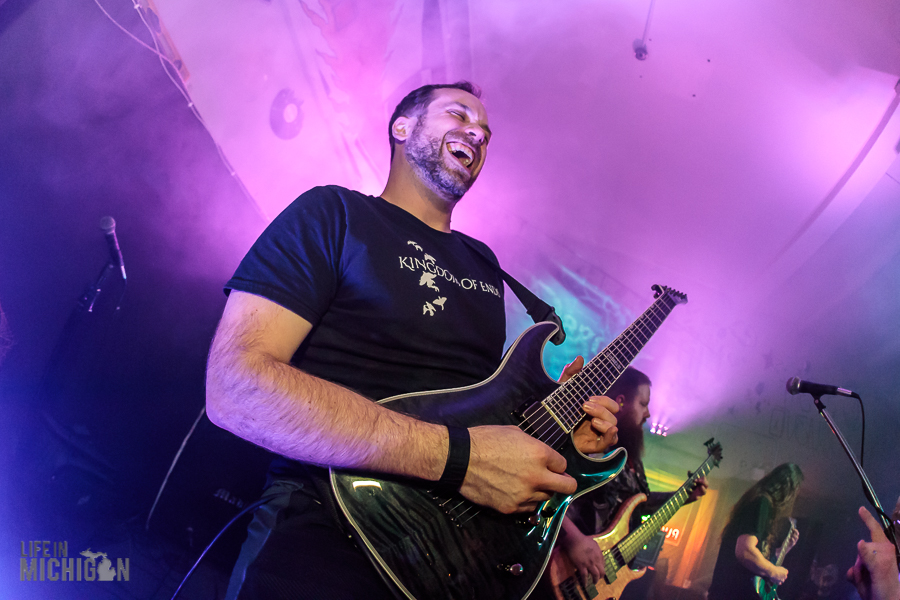 It was a churning sea of humanity as Dagon kicked off with the title track from the new album “Back to the Sea”. Captain Ahab could be seen surfing the crowd to “Demons In The Dark” and “Into The North” from the ‘Terraphobic’ album. To add some fun, inflatable sharks and a confetti cannon mixed in with the typhoon of smiling souls in the pit. Everyone was cheering, moshing and crowd surfing with the band throughout their set. 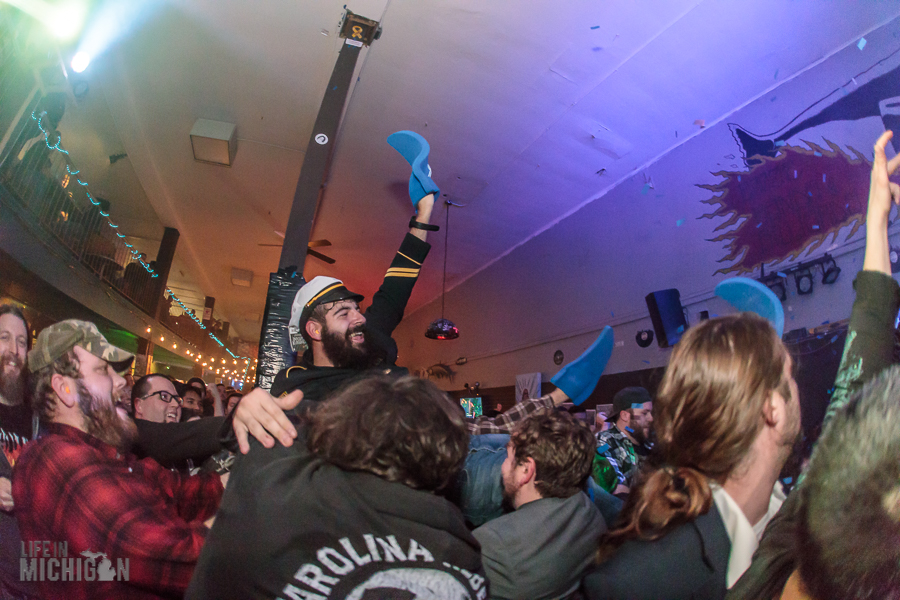 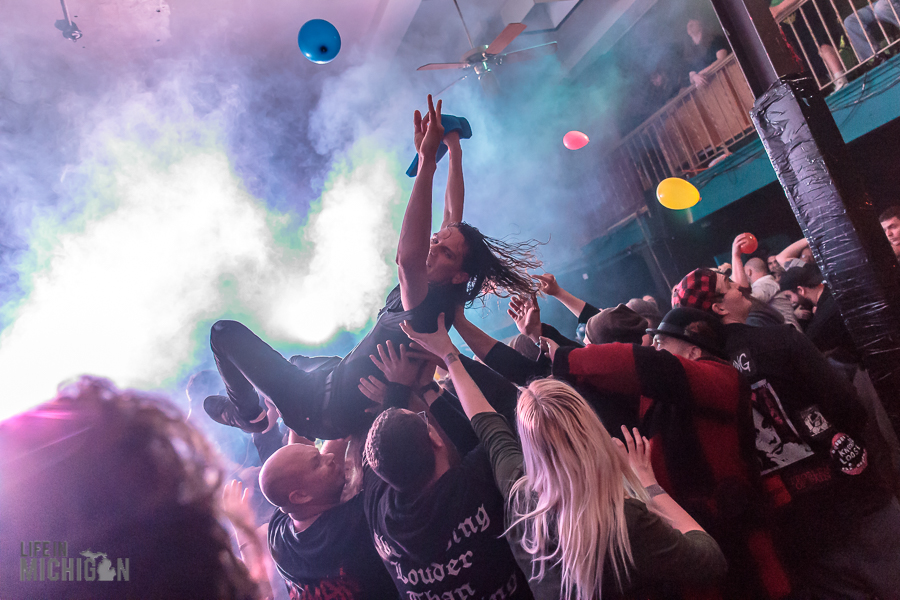 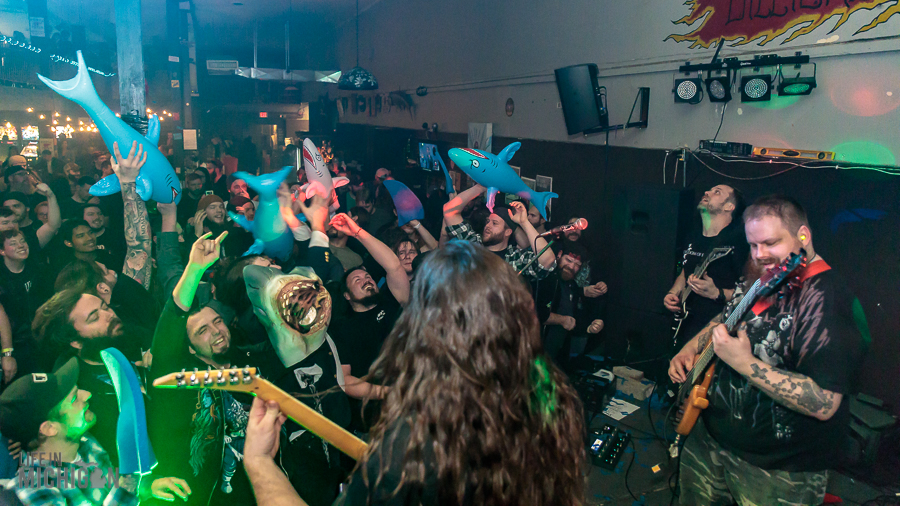 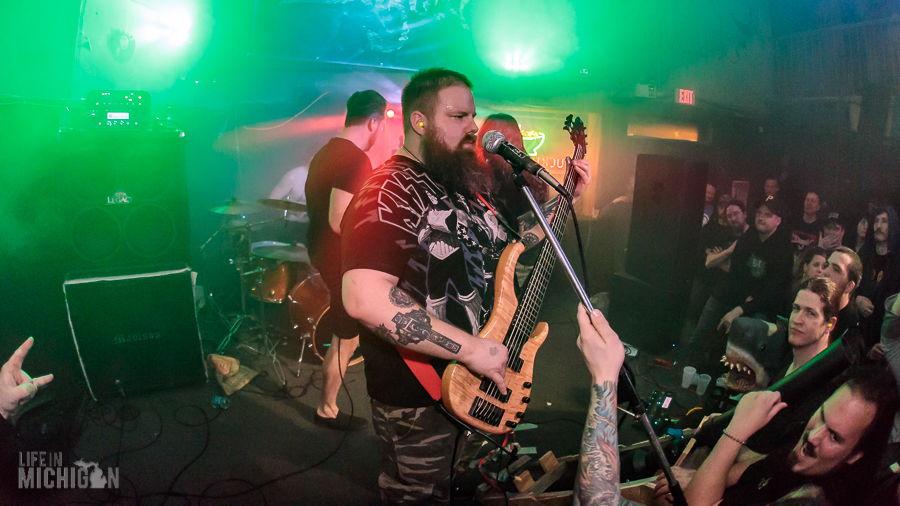 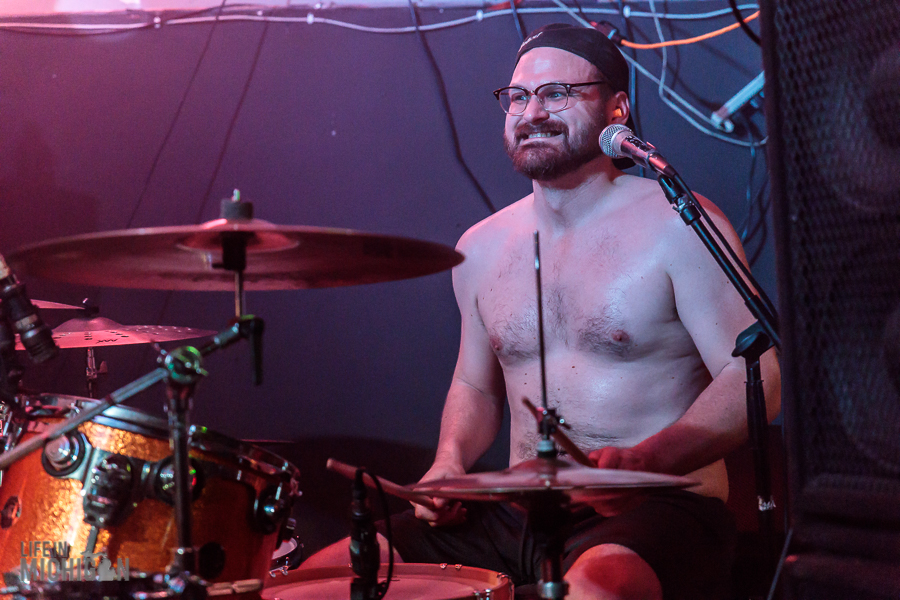 The final song was the tempestuous “Feeding Frenzy” which left everyone on the stage and in the crowd bathed in the exhilarating sweat of a monumental metal show. There can be no denying the enthusiasm that filled the Avenue Café for the return of Dagon and the release of their new album ‘Back to the Sea’. Our gallery has more pictures from the show. 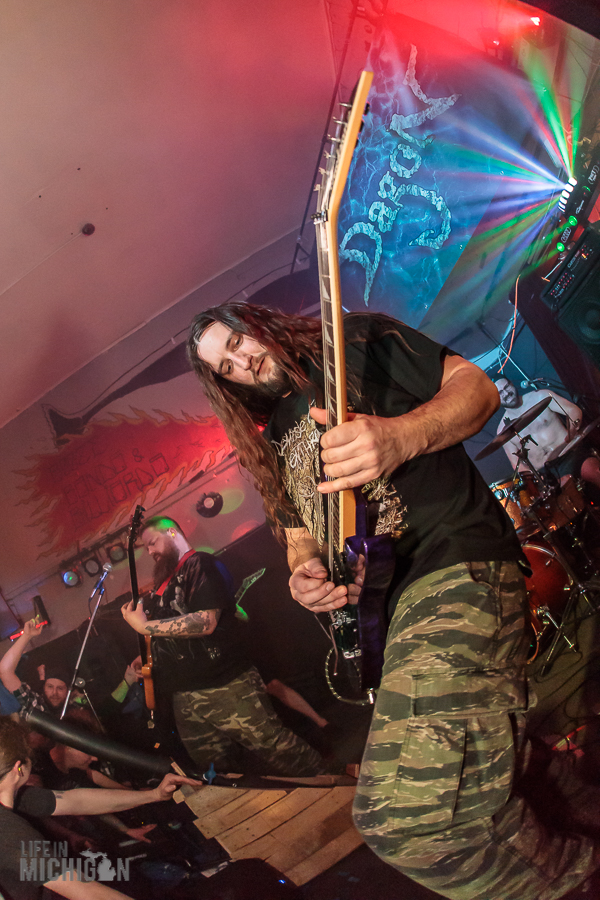 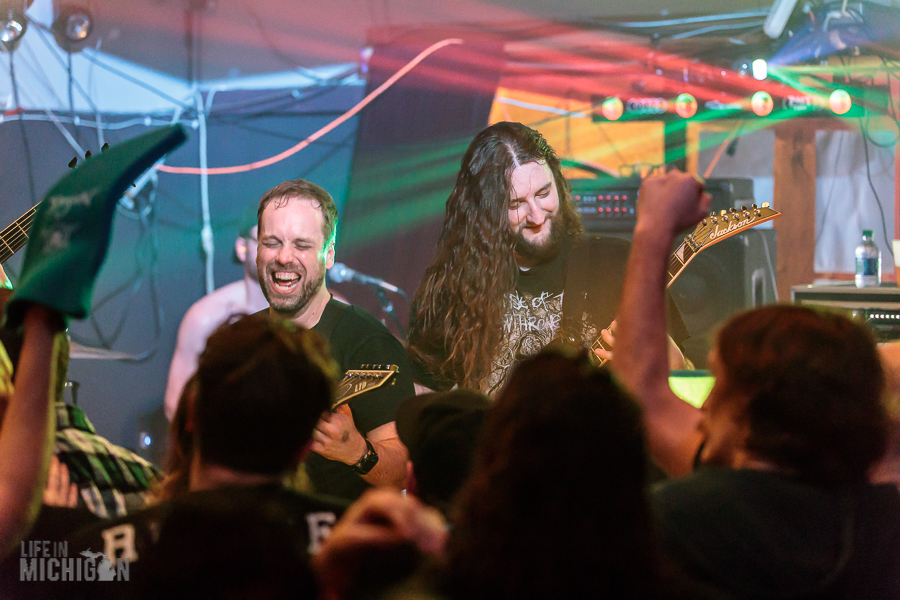 We hope you enjoyed our coverage of Dagon’s Back to the Sea album release show at the Avenue Cafe.  If you enjoyed the story, then share it on your favorite social media venue or send it as a link to your friends and family. This is good for everyone!