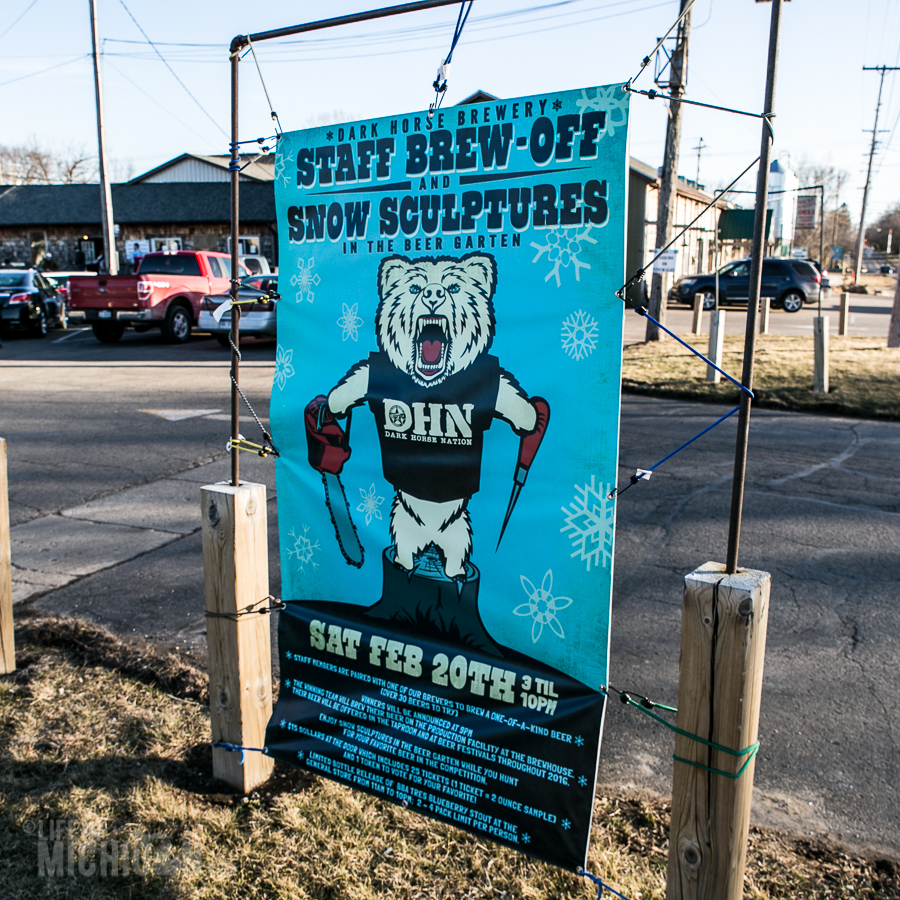 Seriously, who can make a motorcycle out of a chunk of ice. I can barely make ice cubes. 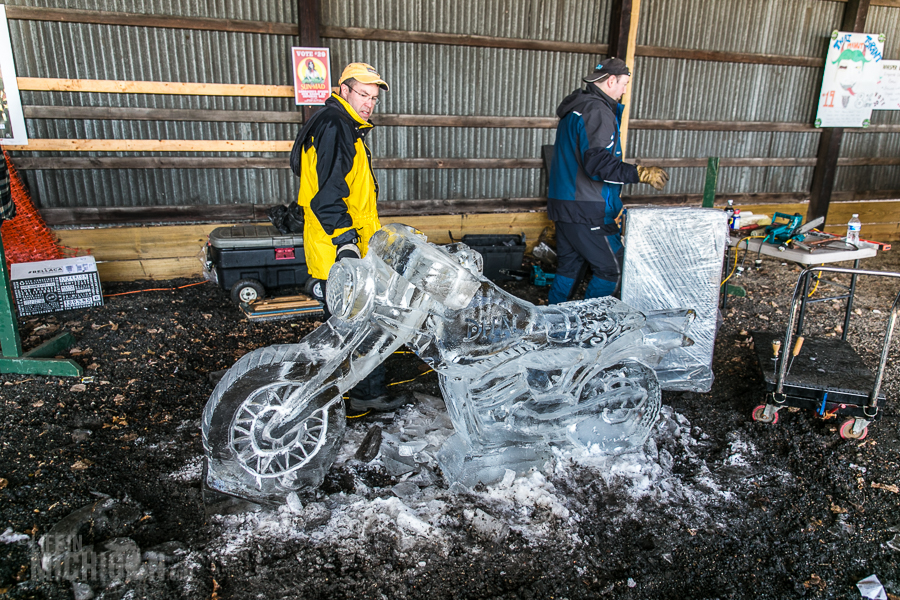 We had to leave before the votes were tallied, Chuck was covering the last Speedgod show in Lansing so this information was swiped from the Dark Horse Facebook page. 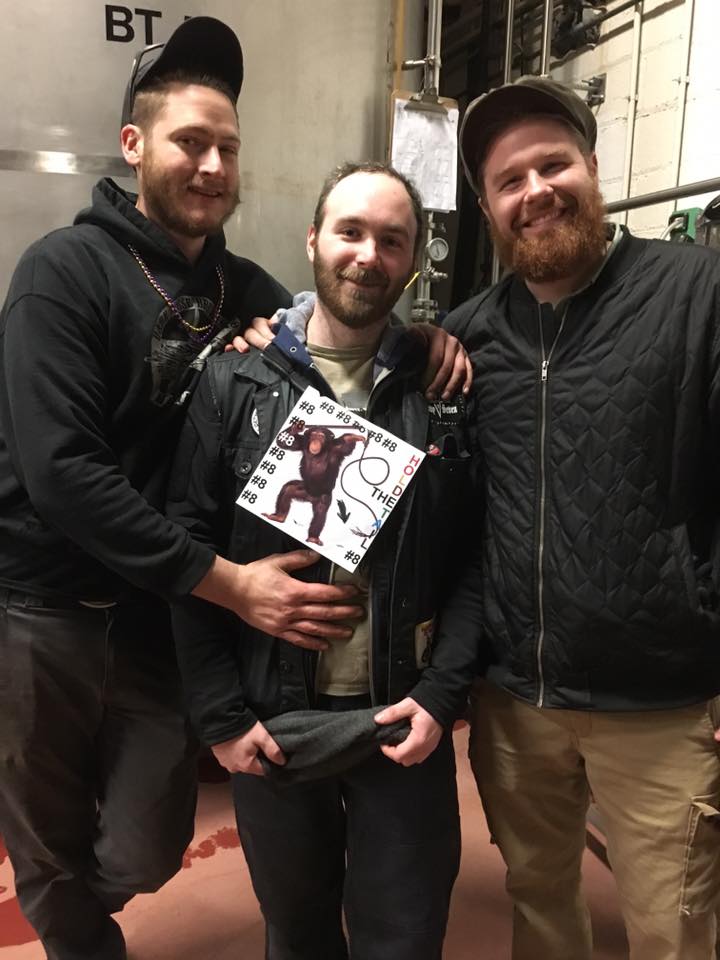 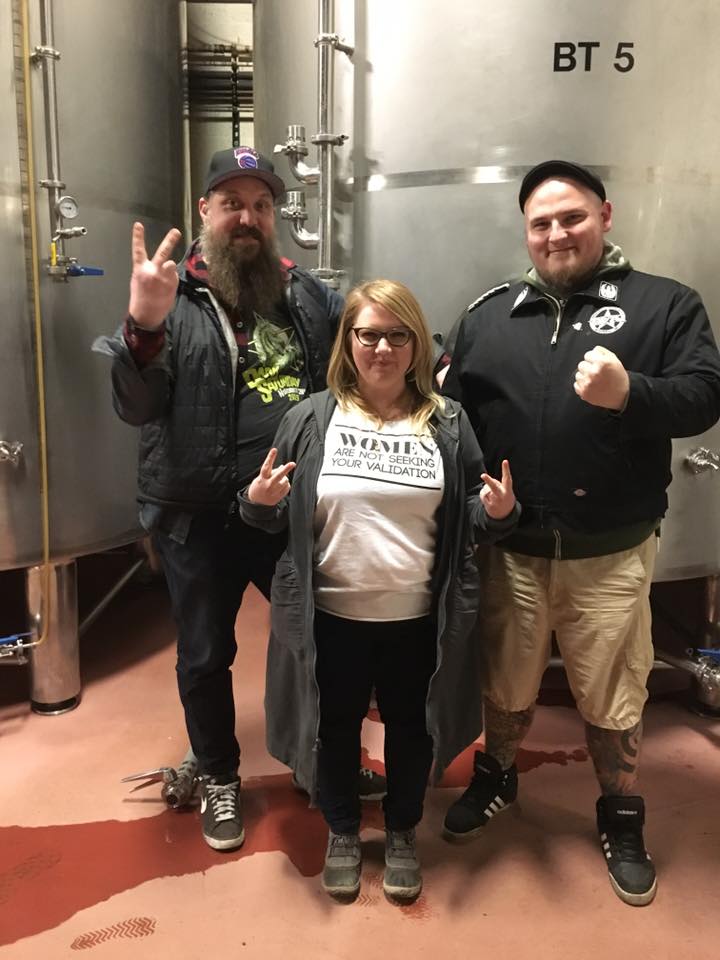 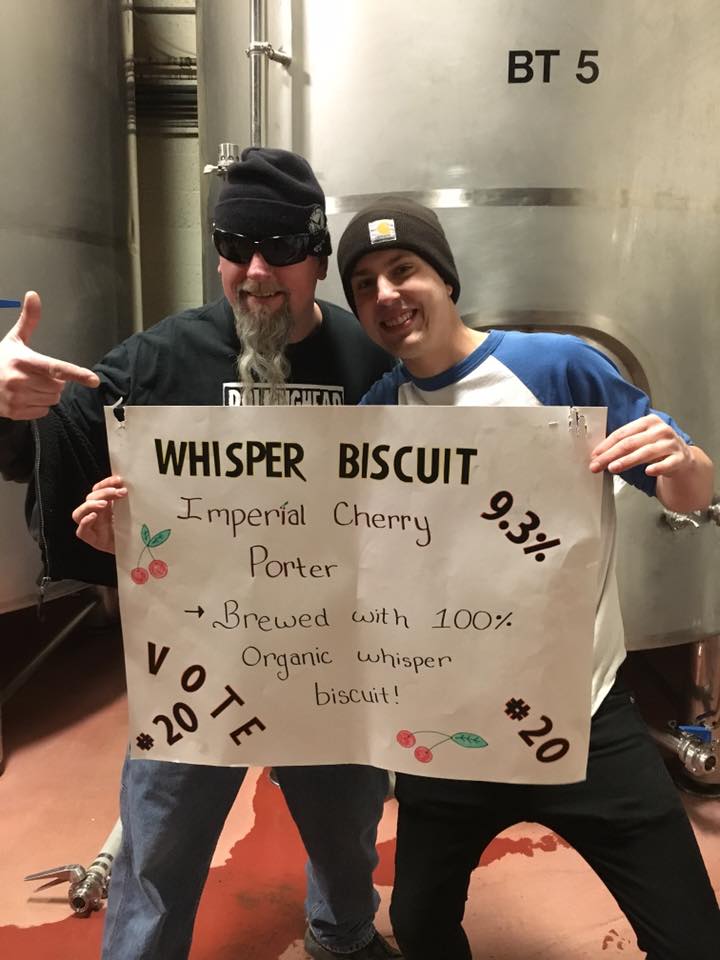 The Dark Horse staff members were paired with a brewer to make a recipe and brew their own beer.

The beer list was impressive! (I must say a few of the beer names would be a bit hard to market. Chuck liked asking, “Did you try the Syrupy Slit Sauce?”)

If you chipped in another 2 bucks you got a 5 Oz. Tasting glass with the Dark Horse logo. Not only are these beautiful but sturdy too. Another patron in the beer garten dropped her’s and it bounced but didn’t break. 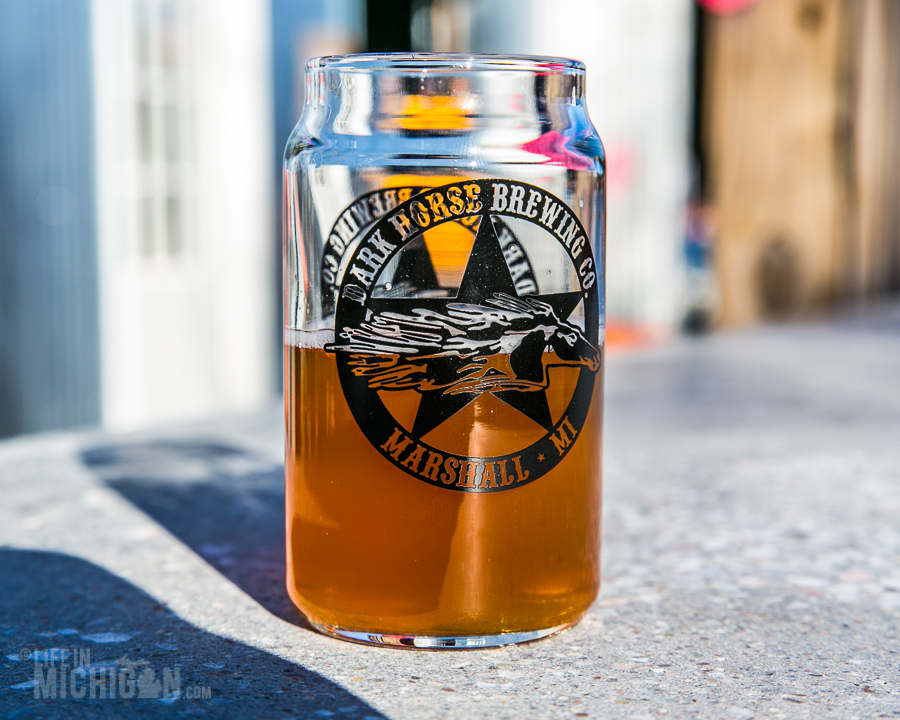 Our tasting notes are very limited, so if you’d like to add yours in the comments please feel free. I love Gin so my first stop was the “Gin N’ Cronic Double IPA”. It was well done and actually got my vote. If I’d had two tokens, I would have also voted for the “Cinnamon Toast Brunch Brown Ale”.

As was expected, the marketing competition was fierce, and each team employed a slightly different tactic.

Their posters were low tech, but they had food and Wiggs campaigning for votes. Chuck voted for the Smoked Pole. I’m thinking he went based on the name alone, but he did say it was a damn fine beer. 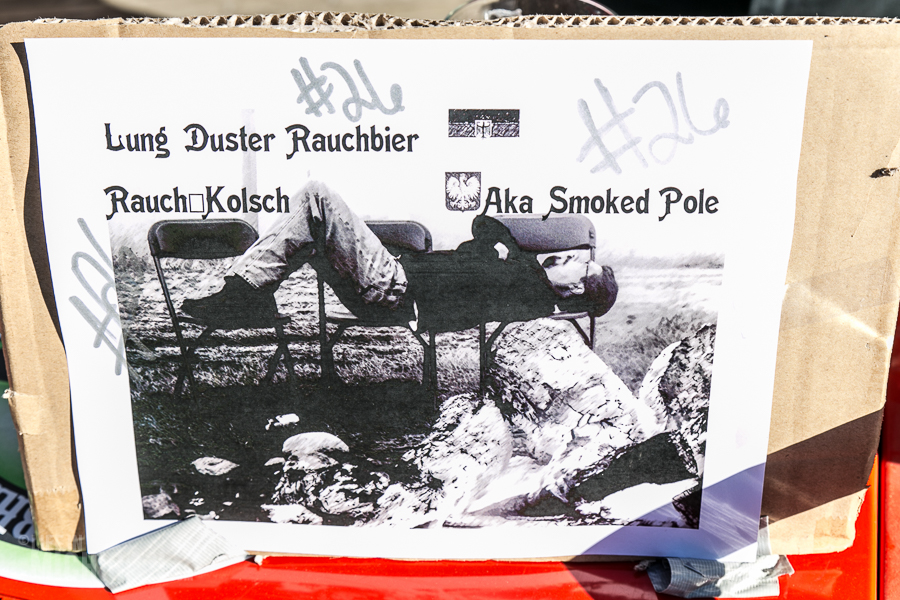 This team had the best posters, T-shirts and food. I think having Kristy on your team is a clear advantage. I heard talk of finding the T-shirt gun. If it was unleashed, it was well after we’d departed. 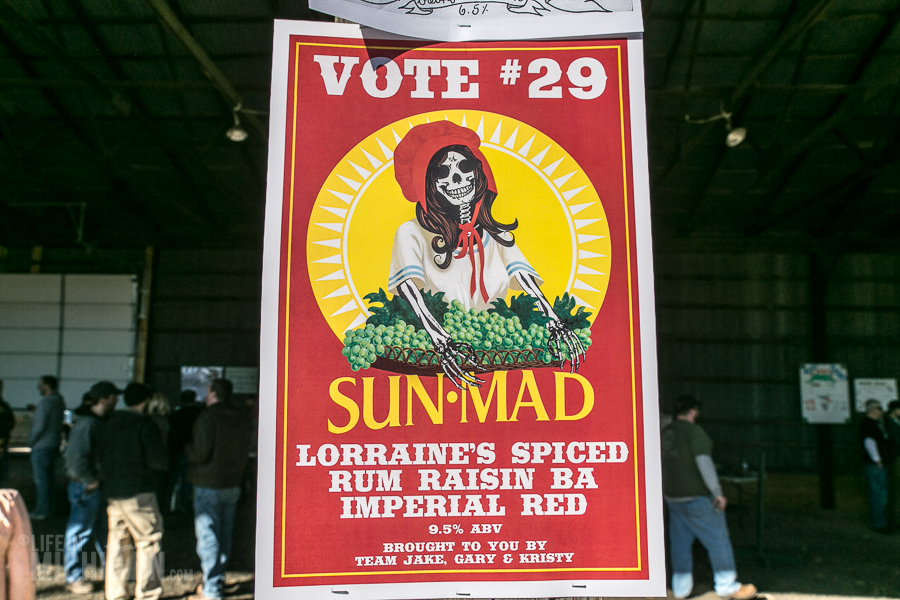 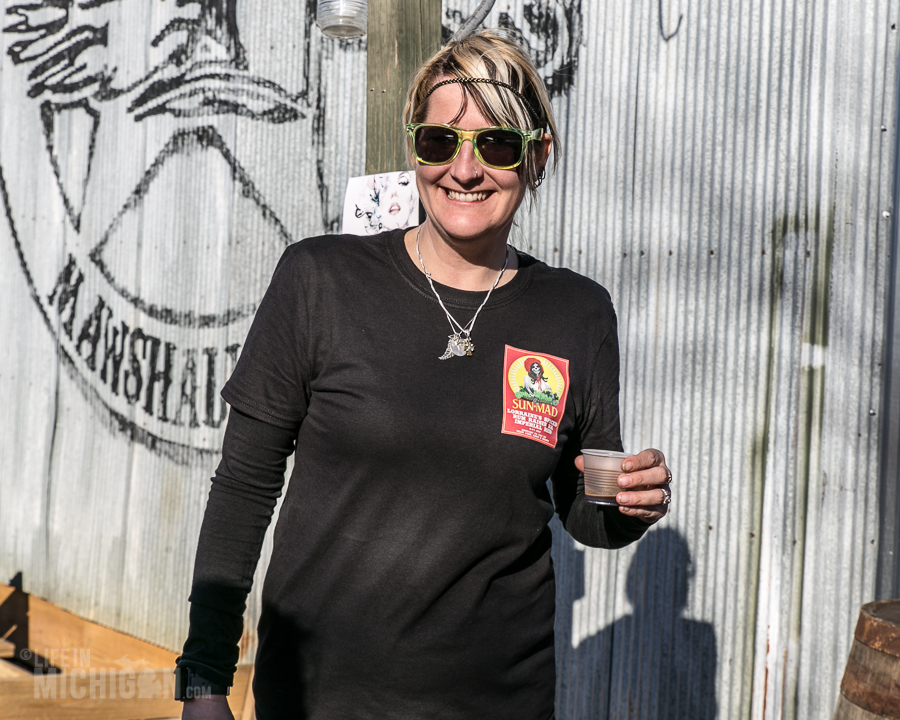 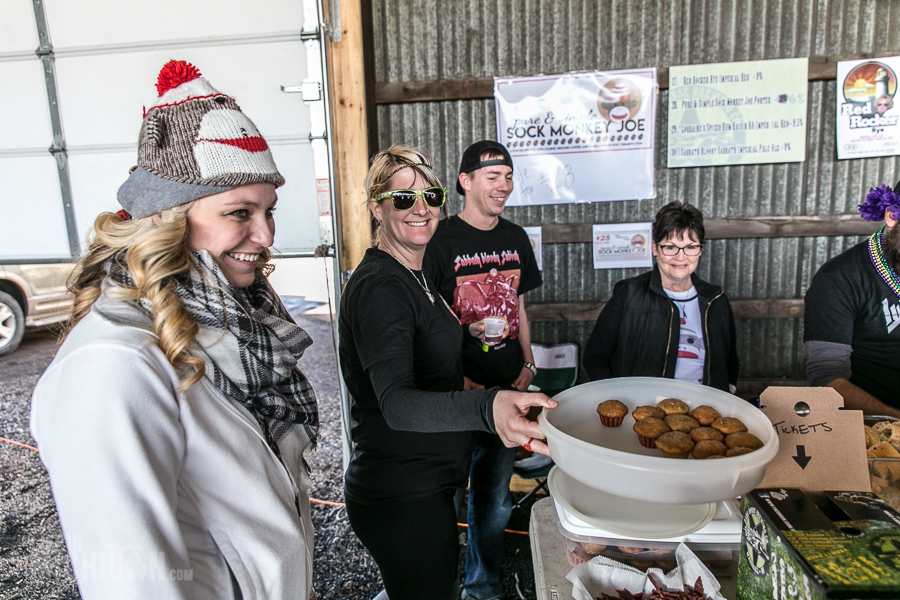 This team pulled out all the stops to buy, no wait, to solicit, no wait, to inform the general public about their product. For each vote, they were donating $1.00 to St. Jude’s. Plus, Massie was giving personal infomercials. It was very effective! 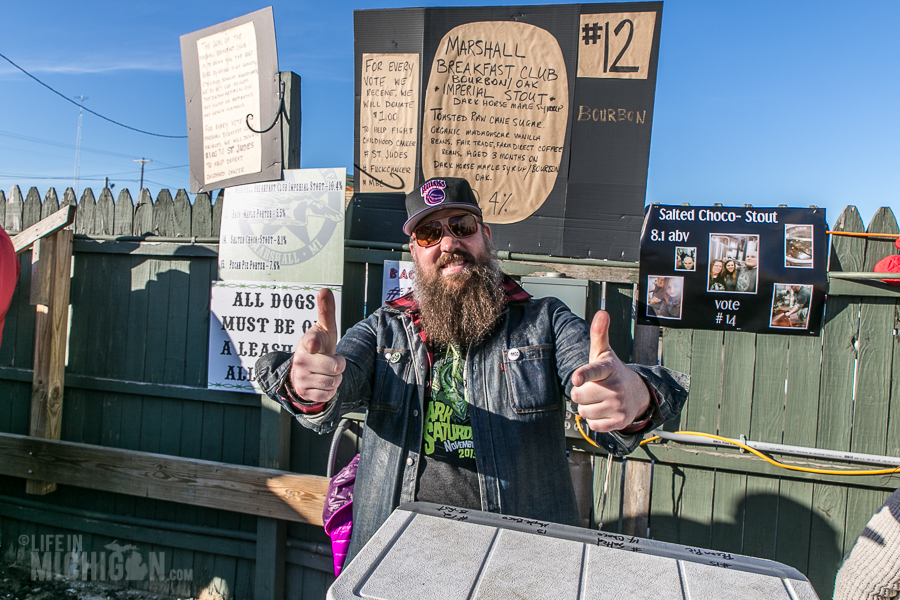 We are fans of the wizards! And the bubbly brew they crafted. 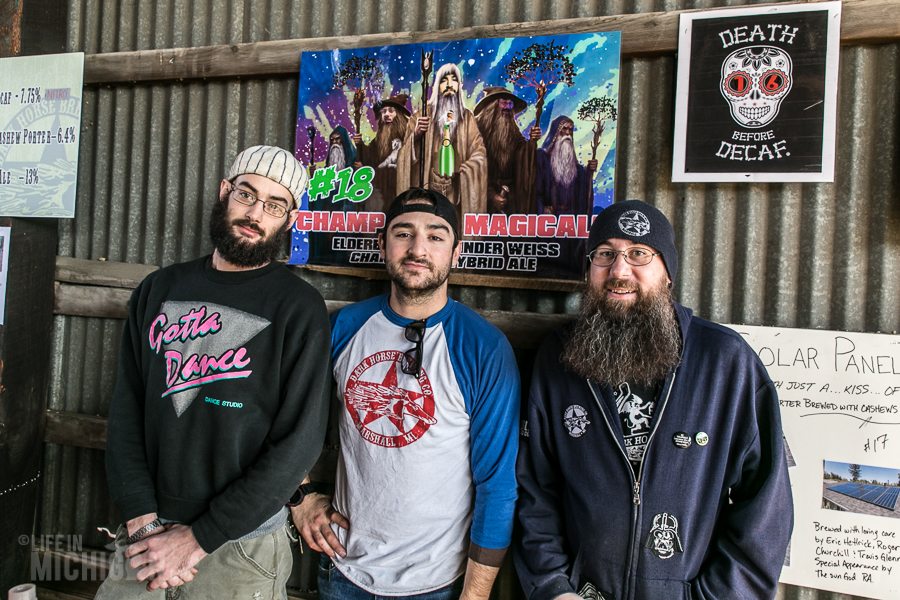 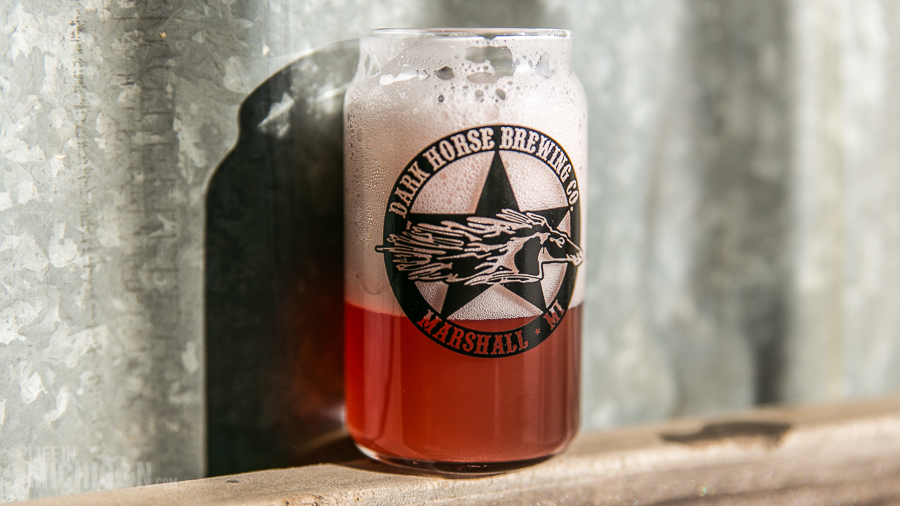 Love the use of the #6 as a boarder on the poster. The Death Wish Triple IPA was awesome, everything you’d expect from a Triple IPA. 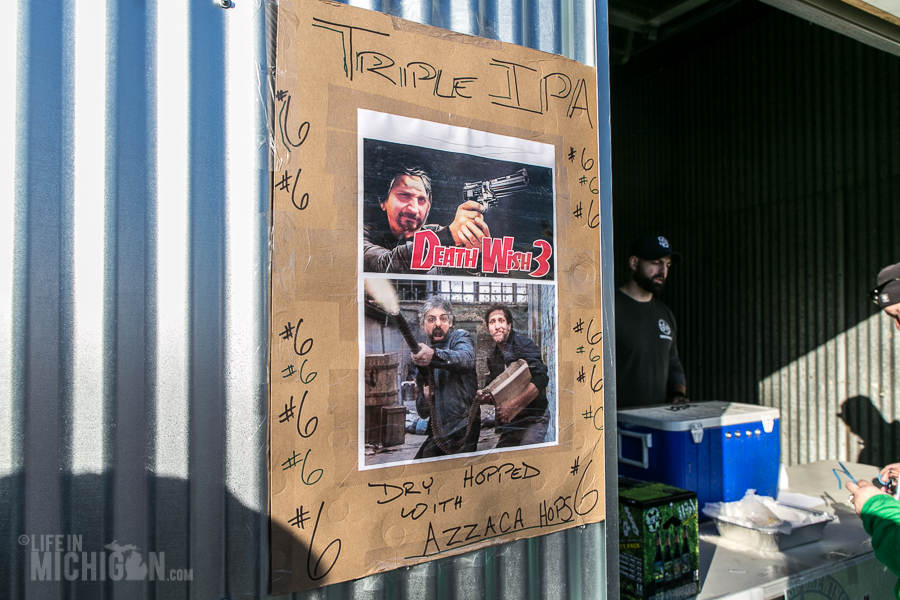 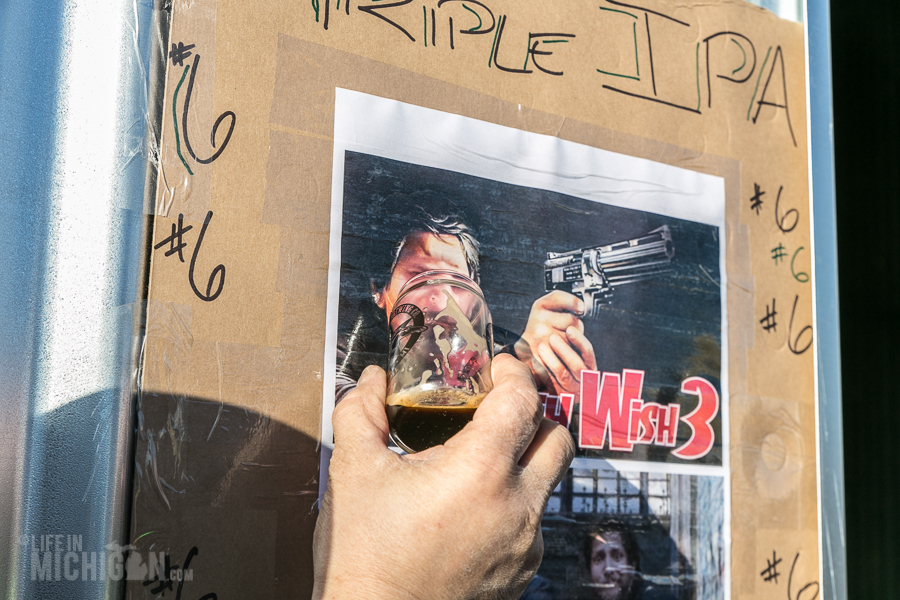 Who doesn’t love Black Sabbath? This beer inspired by the masters of metal was outstanding. They really should let you vote for more than one beer! 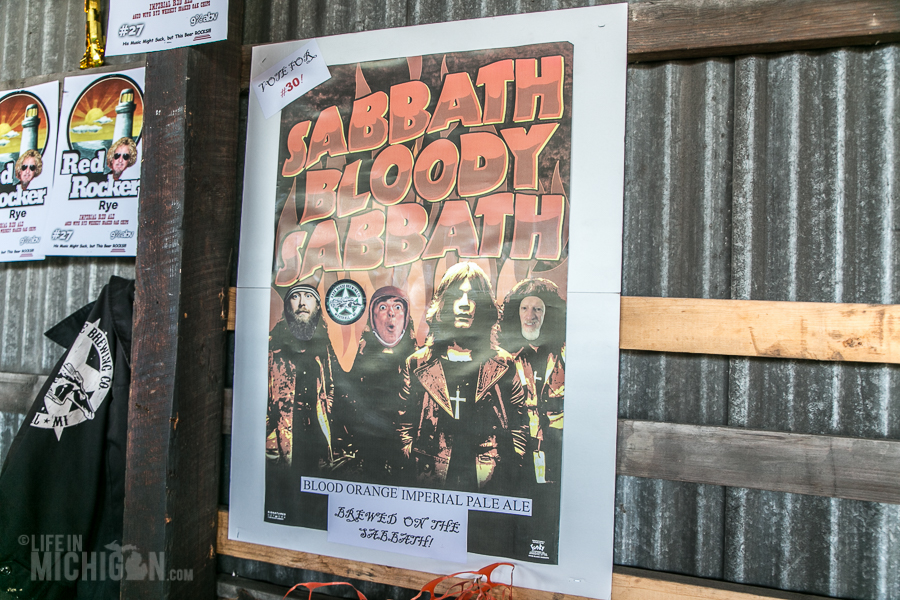 A subtle “Pinterest” influence don’t you think?  I didn’t try, but I noticed several people going back for seconds. 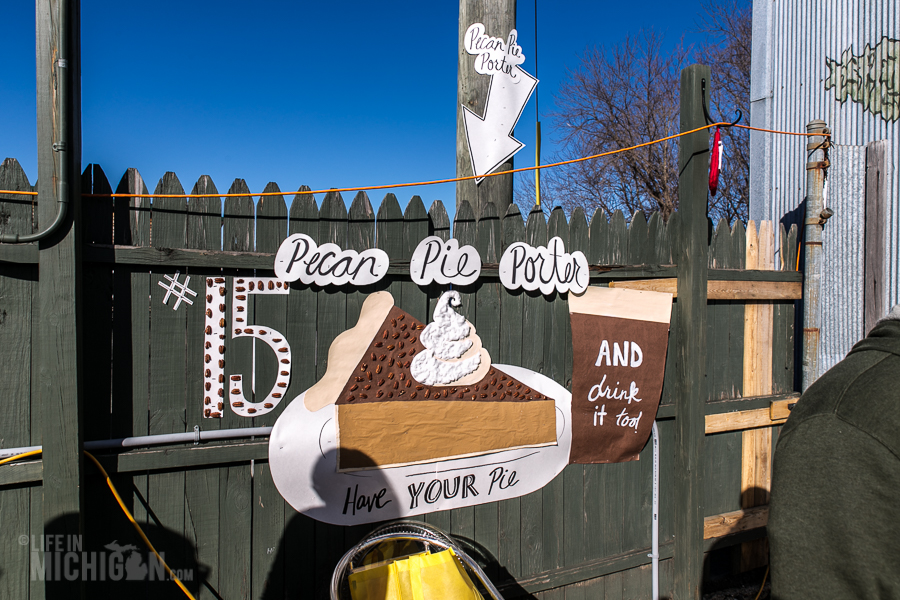 Neither Chuck or I tried this one, but we loved their poster. 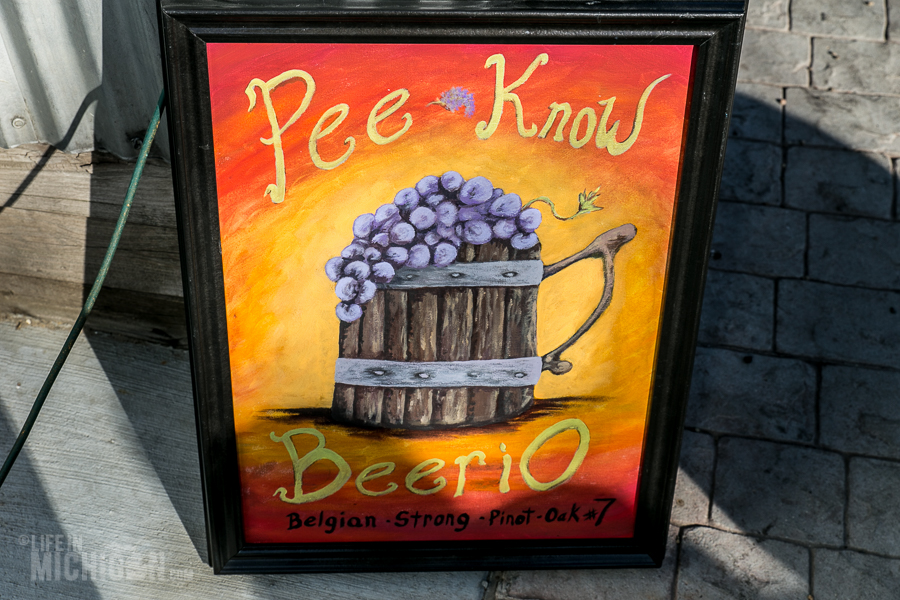 We’ve got more pictures in our gallery. The Dark Horse Staff Brew-Off is a wonderful and unique beer festival. We are already looking forward to next year.

If you enjoyed our story about the Dark Horse Staff Brew-Off post, then please share it on your favorite social media venue or send it as a link to your friends and family.