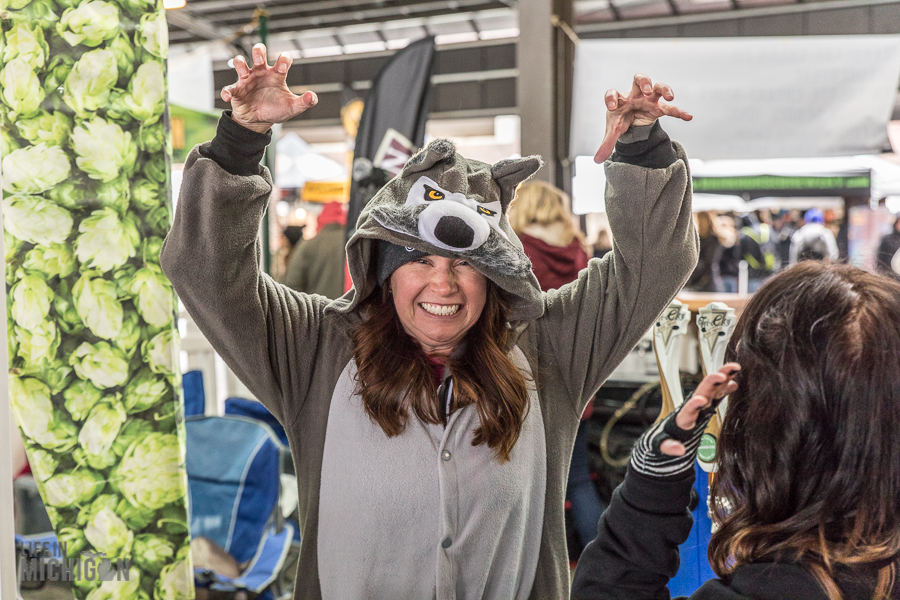 If you want all the gory beer details, there are several excellent articles with reviews of the beers:

Read-on if you’d like the gory details about the adult dress-up and lively review of the music. To put it another way, the party. Plus, we have got over 500 pictures in our gallery. 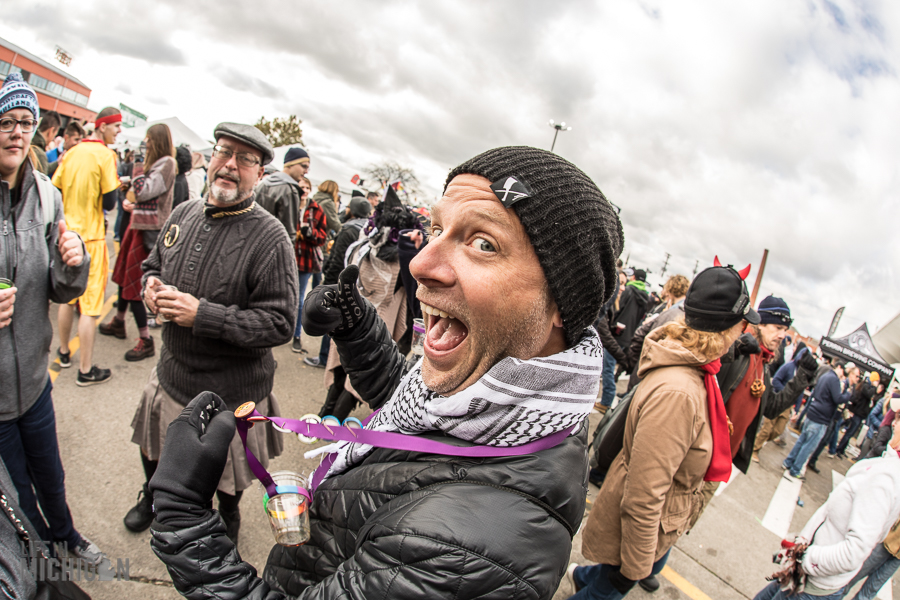 Before we get into the party details, there are a few breweries that need a shout-out.

Downey Brewing located in Dearborn was one of the first beers we sampled at the festival. Mr. I.P.A. was a damn good IPA. They are celebrating their 1st Anniversary on November 4th. They have got huge party planned. We may need to check it out!

Way up in the tip of the mitten you’ll find Stiggs Brewing in Boyne City. I hear they are serving some great food and beer. They’ve got 30 beers on tap, including beer from other breweries. We are definitely adding them to our next beer tour. Chuck sampled their RIPA Big One – American IPA and said, “crisp and clean.” 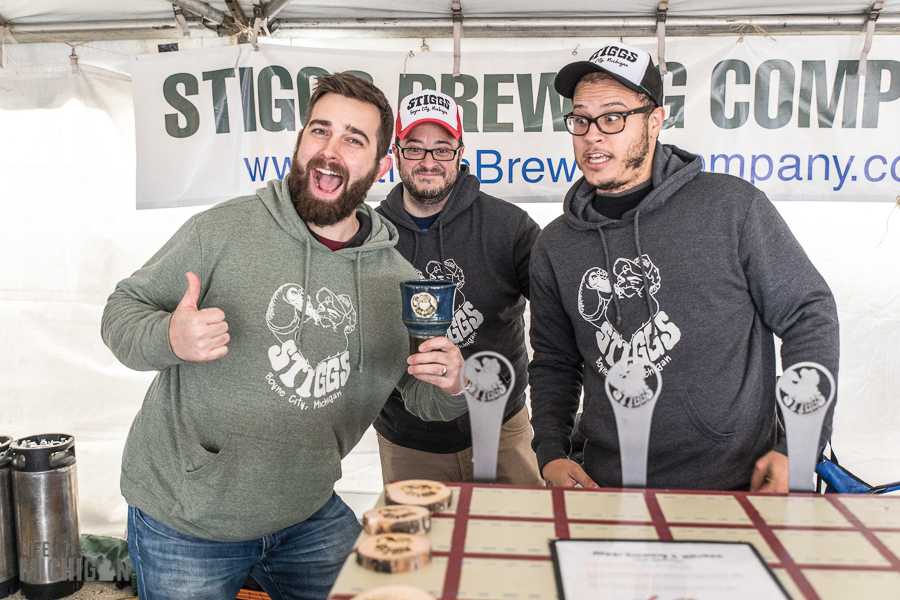 Brown Iron Brewhouse in Washington Twp., which is north of Rochester Hills was another new brewery. I had no idea where Washington Twp was on the map. They brought a delicious double IPA, Hop Francis the II to the beer festival. 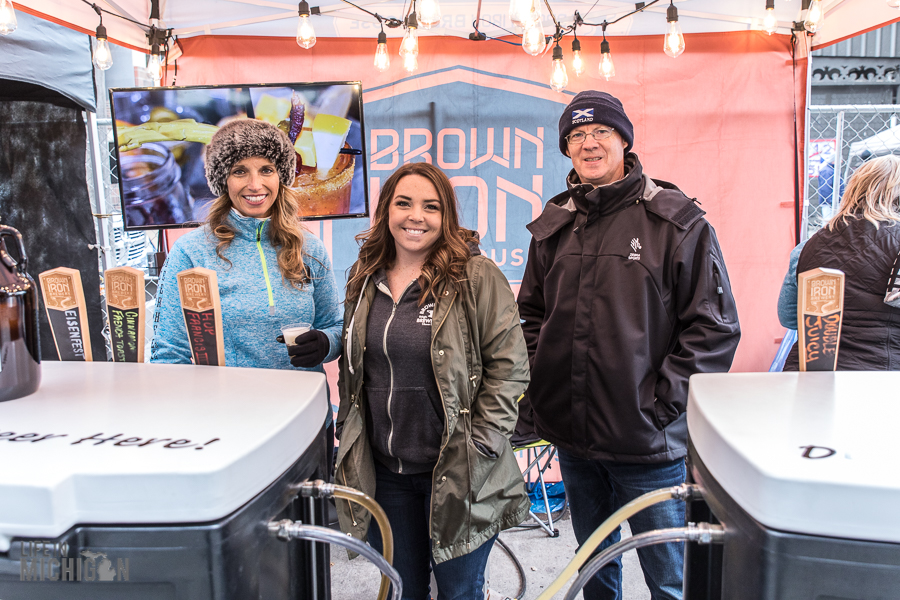 The Dark Horse Brewery is not new to us, but we were surprised to see the Halloween barrels they were raffling off. Shaded Pony Woodworks, one their many creative endeavors is repurposing oak barrels. This is exactly how I felt when I saw them! 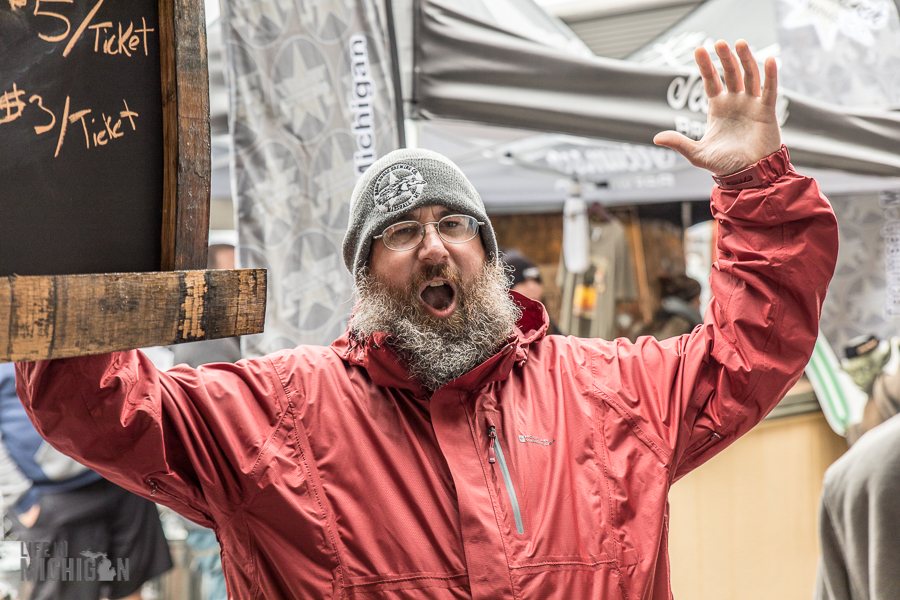 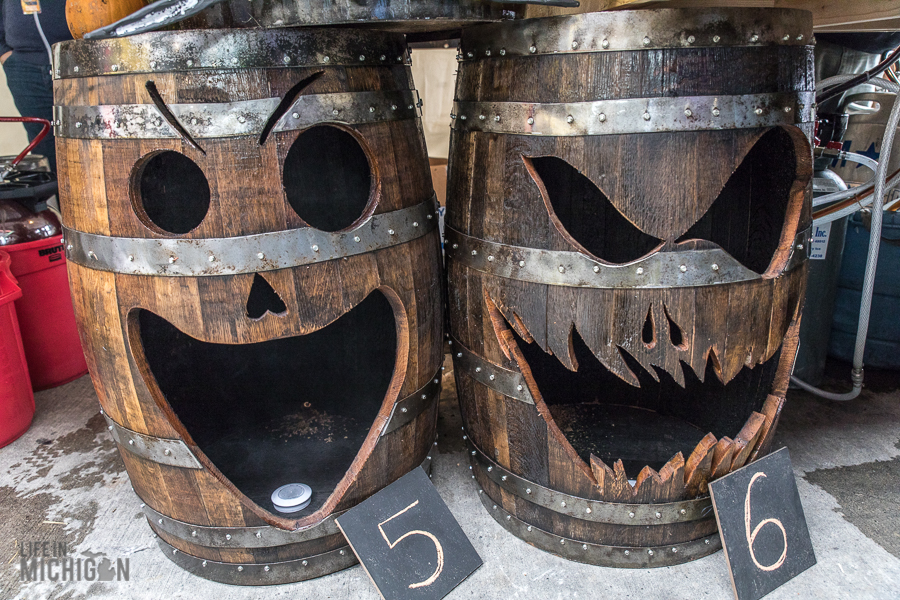 In my travels on the internet, I stumbled upon a few interesting facts I didn’t know about Halloween and the art of adult dress-up. These were all packed into an article by Daniel Gifford on the Smithsonian blog called. “The New Woman meets the old witch.”

First, Halloween in the early 20th century had far less emphasis on blood, gore, and scary monsters and much more emphasis on courtship, romance, and the opportunity for love.

Second, the central ritual of Halloween was not going door to door trick-or-treating…rather, it was attending Halloween parties in peoples’ homes. Typically set in the domestic spaces of the parlor, dining room, or kitchen, these parties involved decorating, organizing games, sending out invitations, and maintaining social relationships

The most commonly described and depicted activity at these parties involved playing games that purported to predict a future suitor or husband.

The article was a fun read and if you love all things “Halloween” give it a gander. Anyhoo, the costumes this year were great! Nicely done! 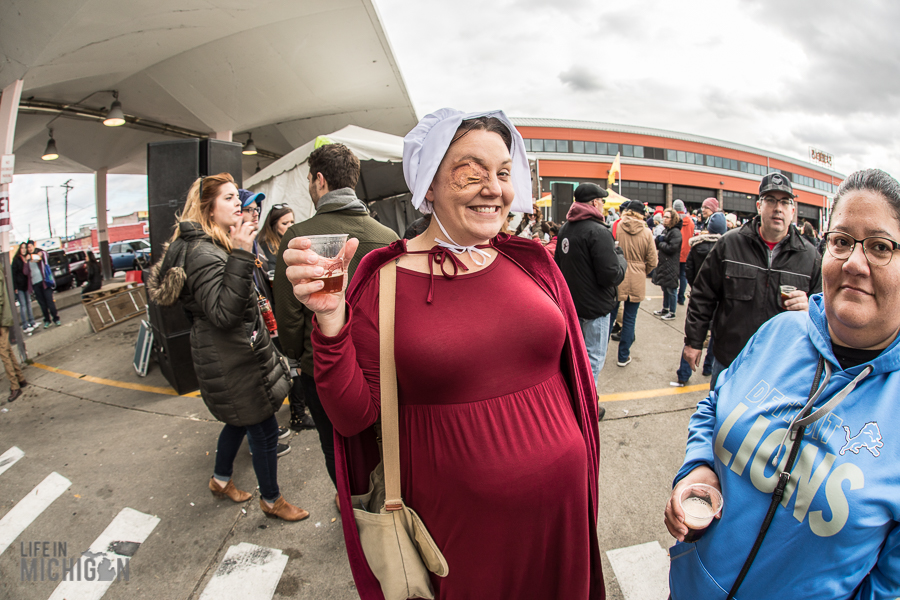 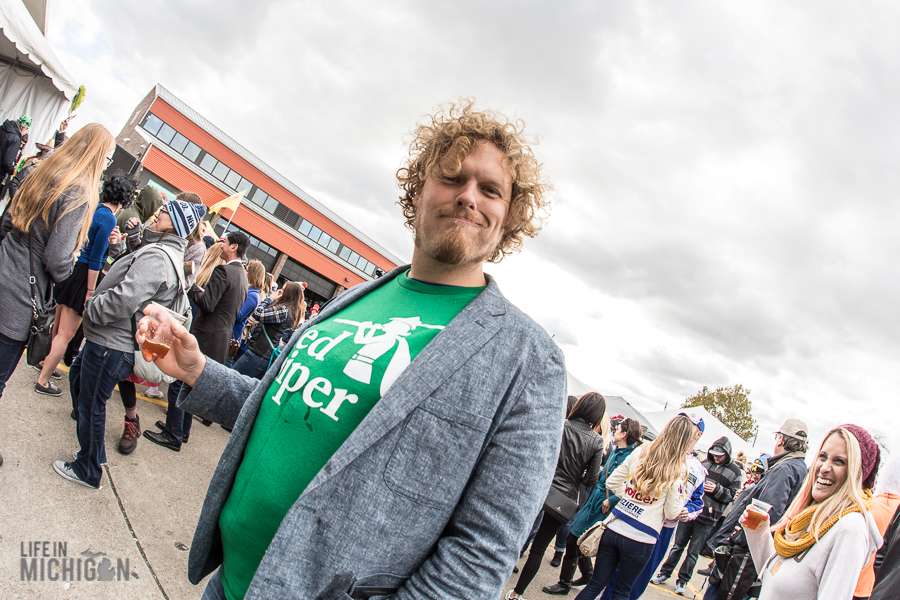 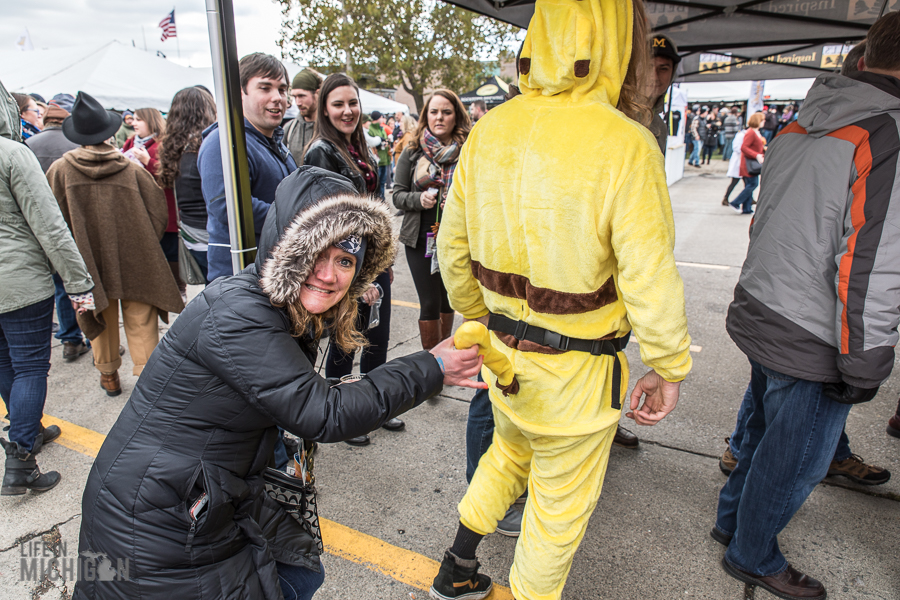 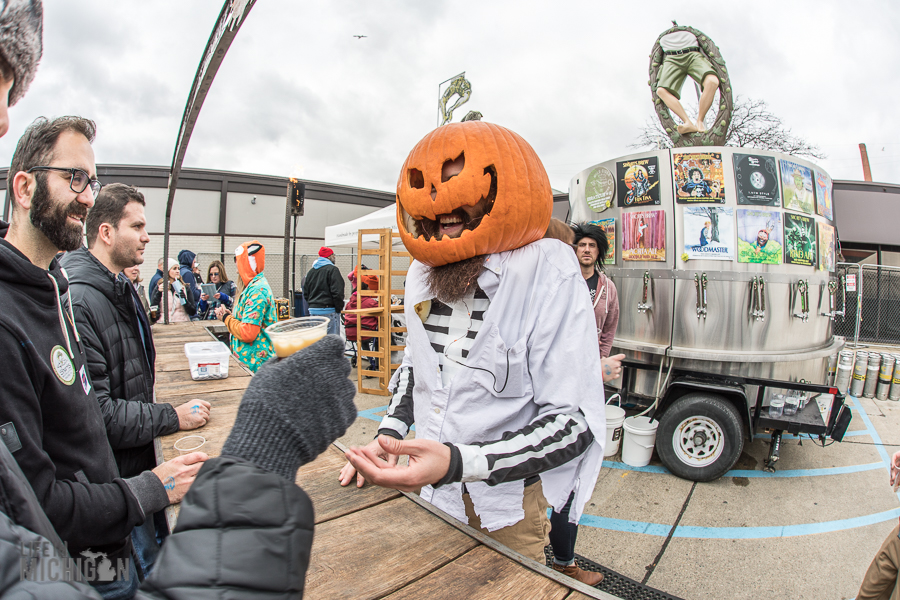 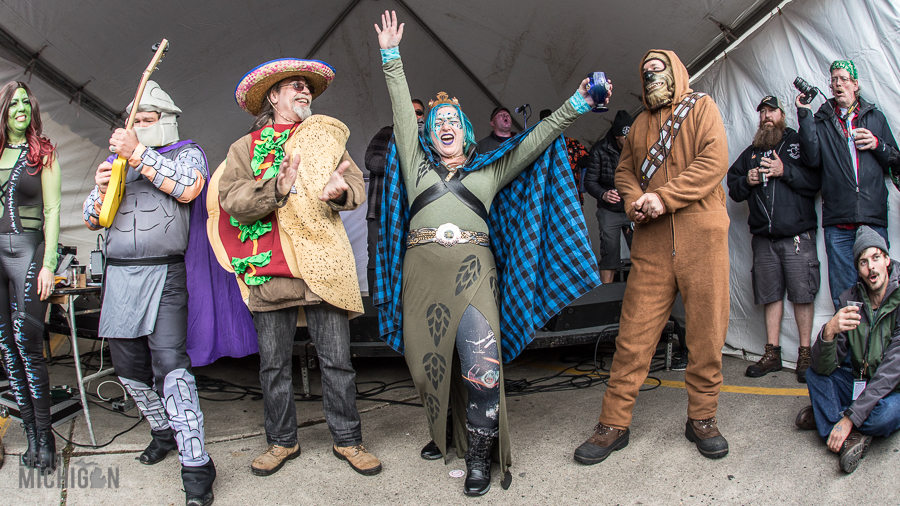 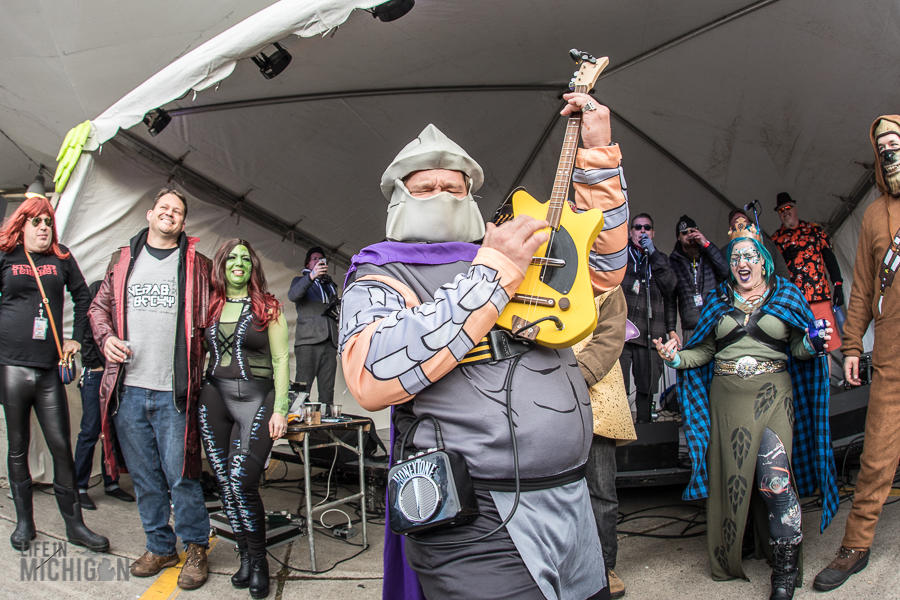 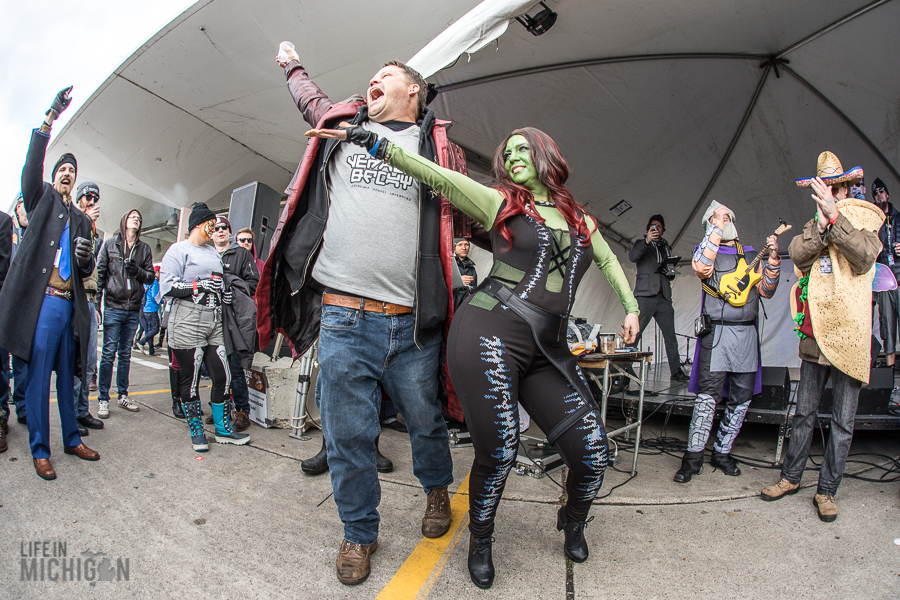 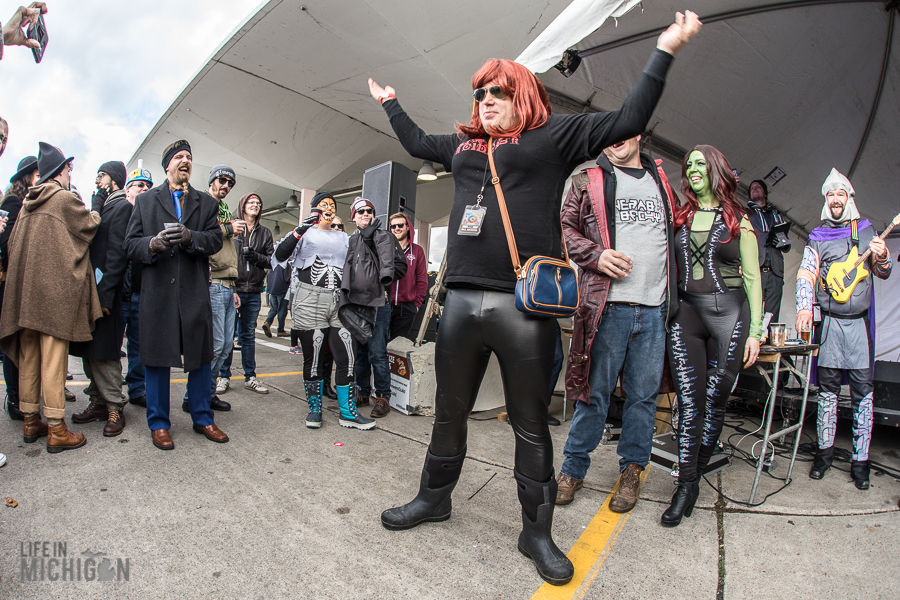 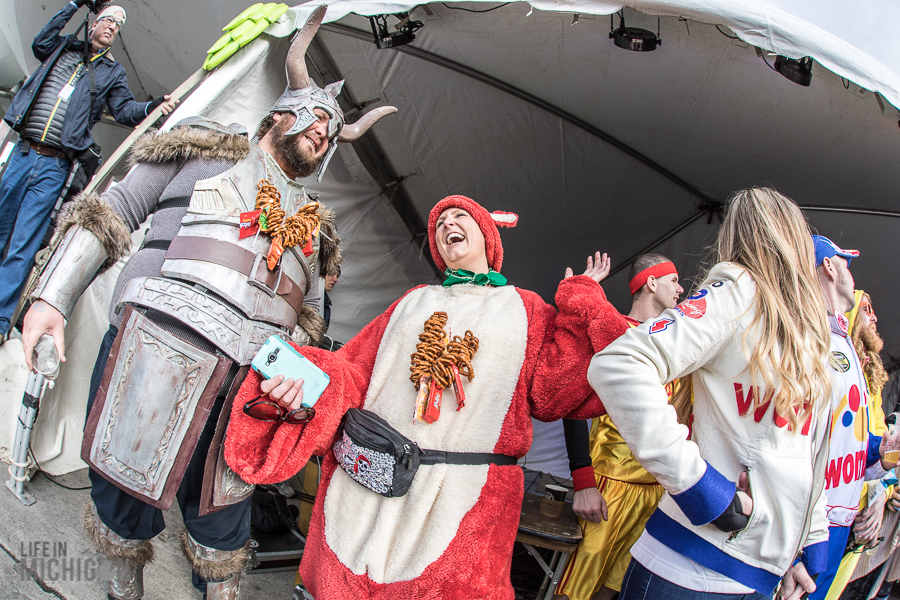 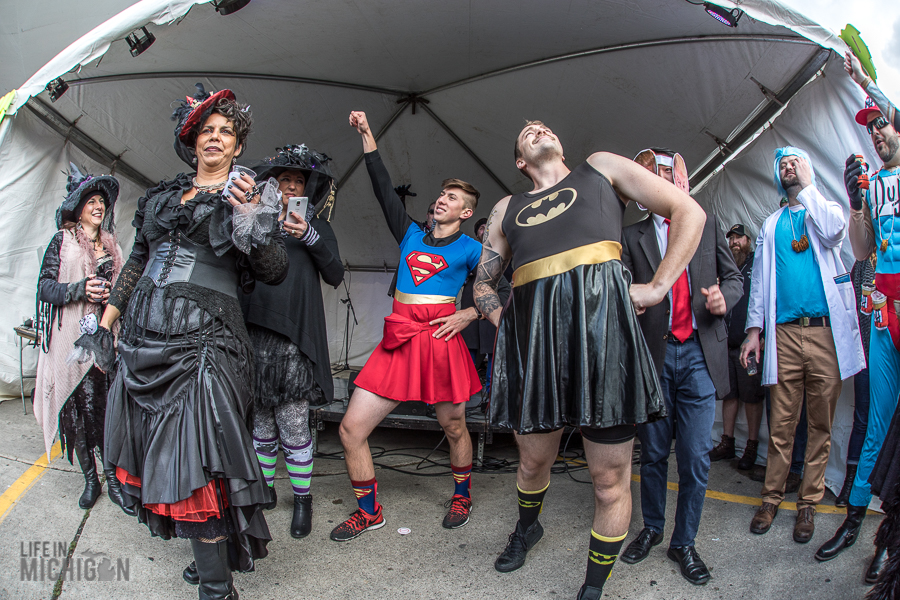 The music has typically been pretty solid at the Michigan Brewers Guild festivals. However, this year at Detroit Fall Beer Festival 2017, the bar has been set up high. The Rockabilly Devils were simply amazing. They nailed the grit and swagger of the birth of rock and roll. From the guitar twang, to the popping bass and drums, the Rockabilly Devils were on fire. Slim’s voice and attitude made their set come alive and drew in plenty of the beer drinkers and hell raisers. 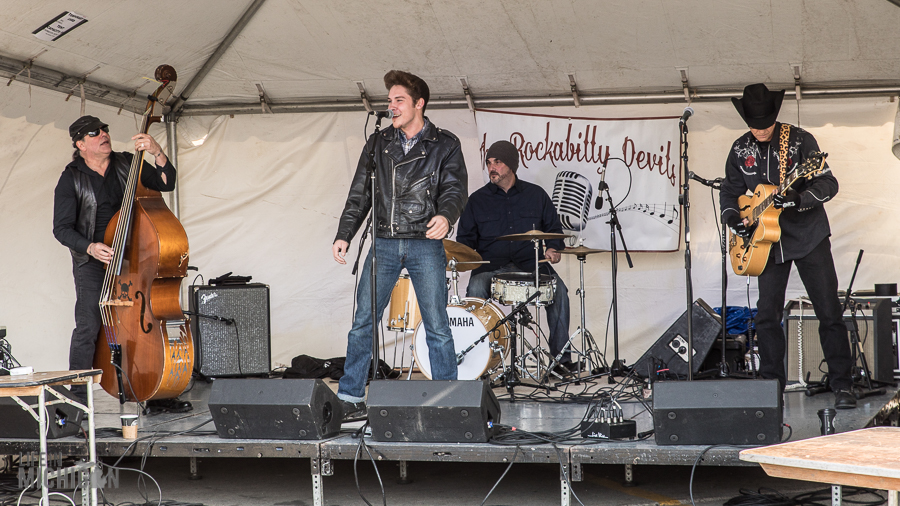 Detroit’s standard bearers for outlaw country, The Orbitsuns had the Detroit Fall Beer Festival 2017 crowd singing and dancing. By the time they hit the stage, many folks were in their prime. The down and dirty honky tonk of the Oribitsuns was everything we needed to heat up this chilly fall day. The crowd pulled in toward the stage to dance and shout. The Orbitsuns played a slew of their whiskey soaked originals such as “Hard Part of Town” and “Shittier Day Than Me”. These tunes went down smooth with your favorite bourbon barreled beer chaser. The Orbitsuns also did some fine covers, including Johnny Cash’s “Cocaine Blues” and a superb version of Hank Williams “Your Cheatin Heart” featuring Liz Mackinder from the Brunswick Brawlers on vocals. Many thanks to whomever from the brewers guild that is booking the music. This year’s party was great. 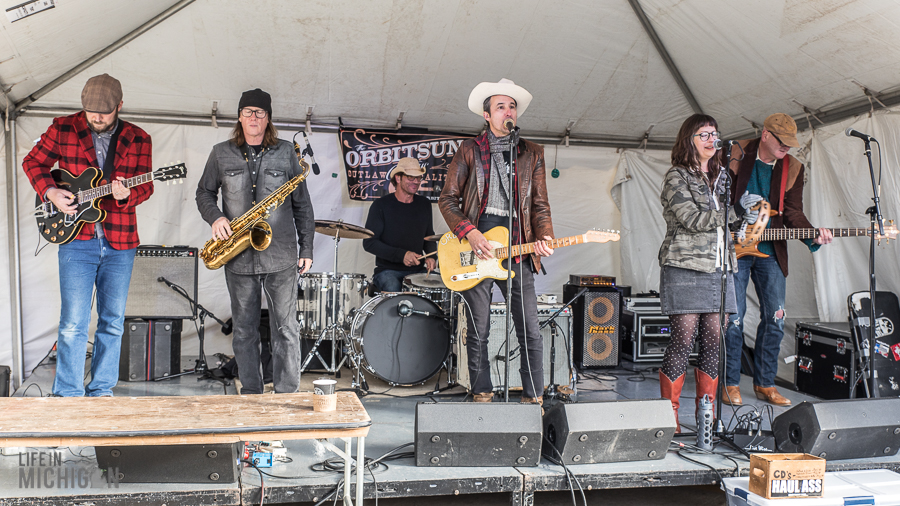 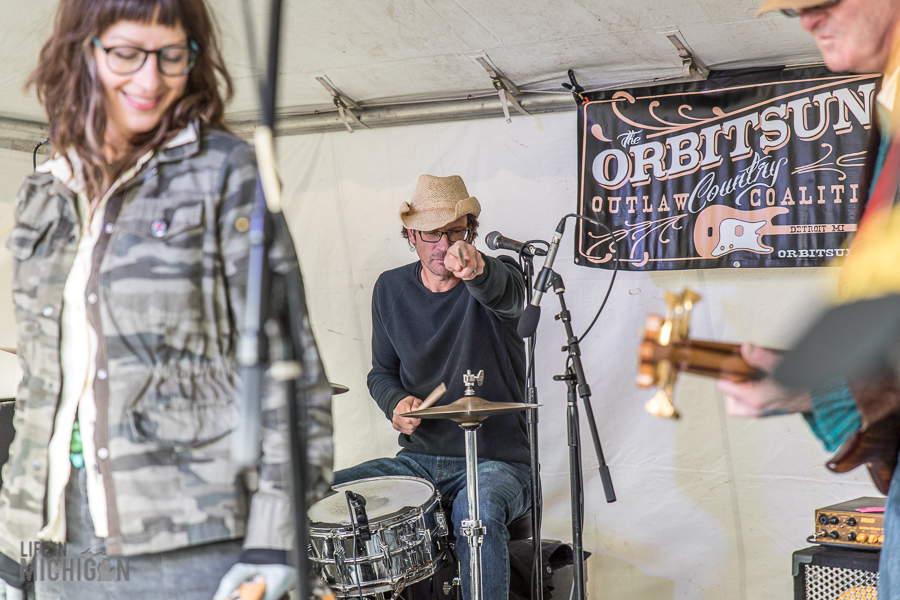 We hope you enjoyed our review of the Detroit Fall Beer Festival 2017.  If you enjoyed the story, then share it on your favorite social media venue or send it as a link to your friends and family. This is good for everyone!