The Detroit Historical Museum is on Woodward and is quietly waiting for you to discover it. It is a bucket list item you definitely need to move to the top of the list. 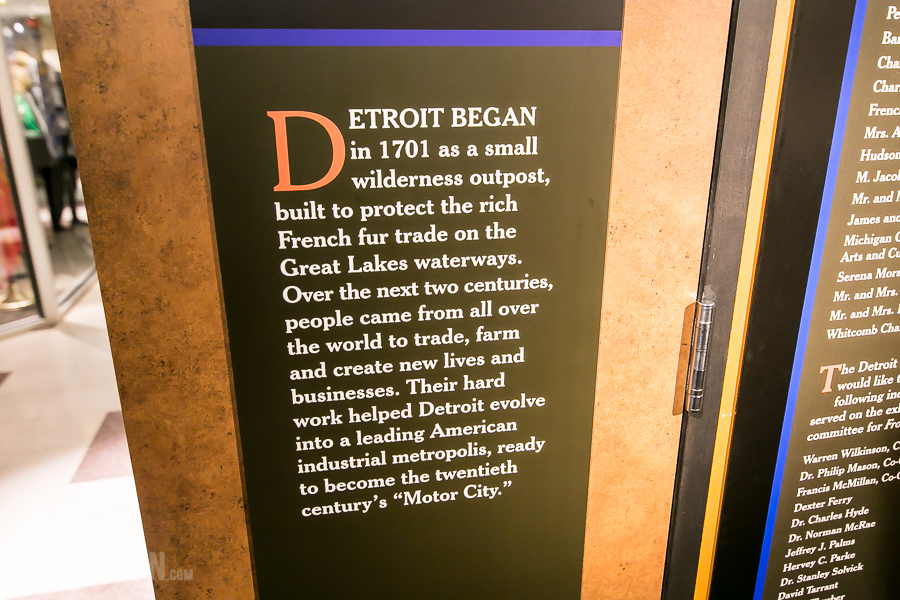 This was my first visit to the Detroit Historical Museum, but it was a walk down memory lane for Chuck, who was born in Detroit and lived on Tireman until he was eleven. (We’ve looked for the family abode several times, I’m not sure if we found it or not, but Chuck is nearly positive we found the house where he lived.) Chuck’s first visit to the Detroit Historical Museum was with his classmates on a school field trip many, many years ago, so I thought I’d treat this post as an interview and get Chuck’s perspective as a returning patron.

Chuck: “It reminded me of Detroit’s history and I learned a few things like the spilled milk and Detroit Stoves.”

Alrighty, clearly this interview is going to be more work than I anticipated. Chuck could you be more specific about the spilled milk? “Oh sure, there was an exhibit that attributed Edward Hines for the idea of creating the road’s white center line after he watched a milk truck leave trail of milk down the center road.”

And the Detroit Stoves? “I had no idea Detroit was the Stove Capital of the World in 1890s” 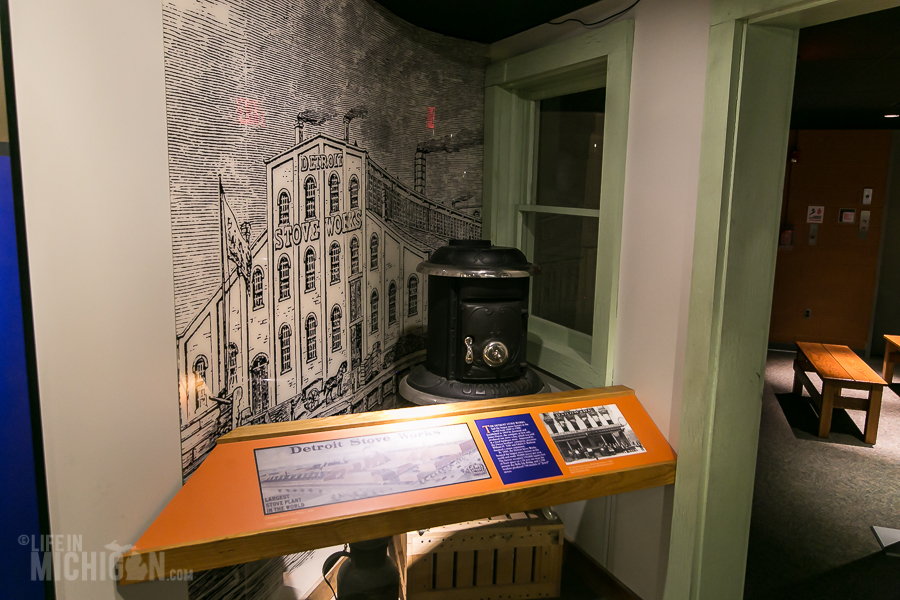 Chuck: “Or how the city went from a French fort to the City of Detroit. The exhibit is well done. It isn’t a boring history lesson.” 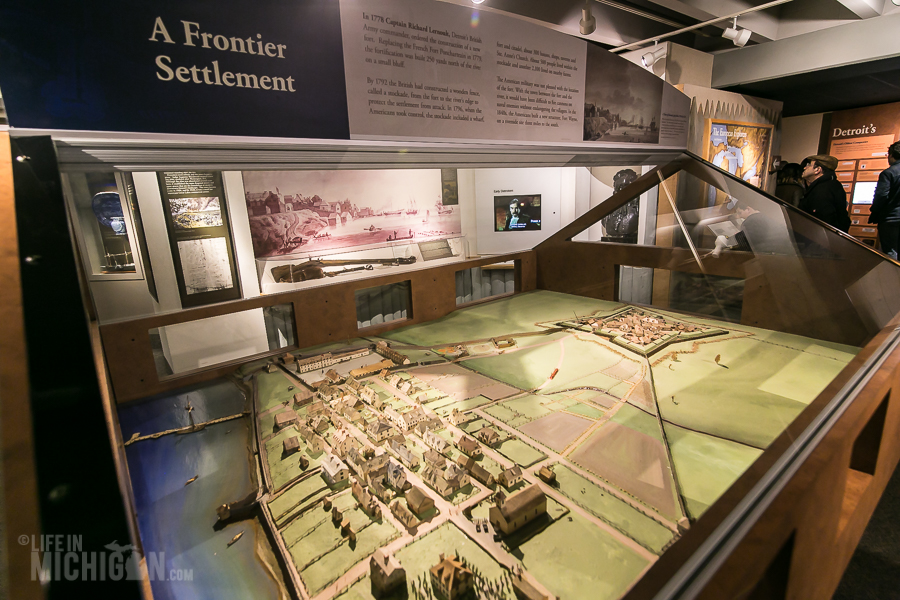 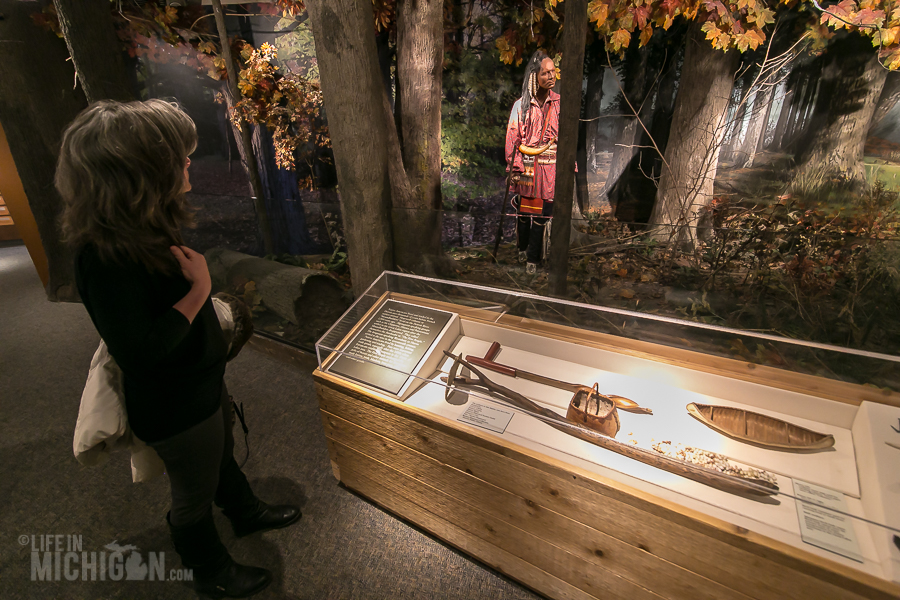 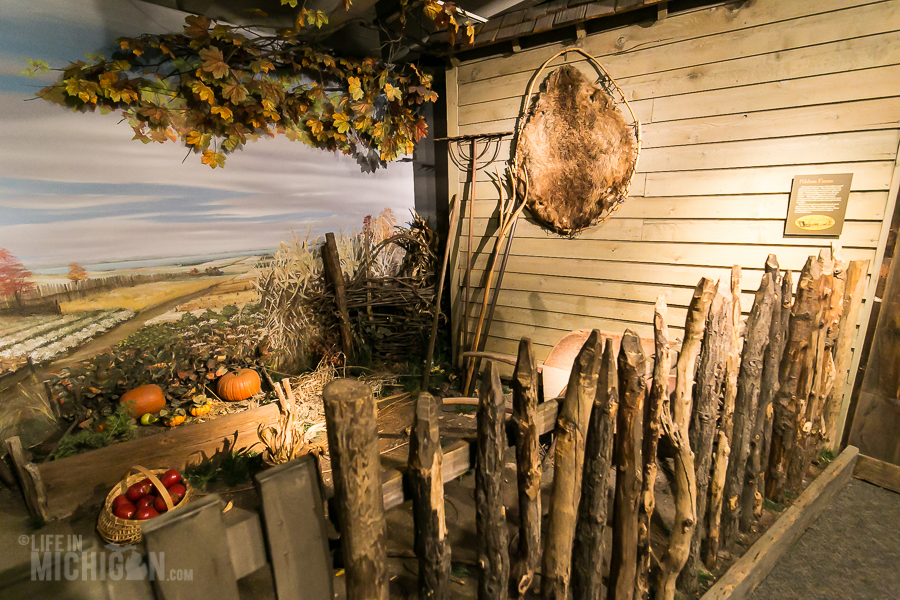 Chuck: “I loved the underground streets when I was a kid and still do today. It feels a little haunted.” 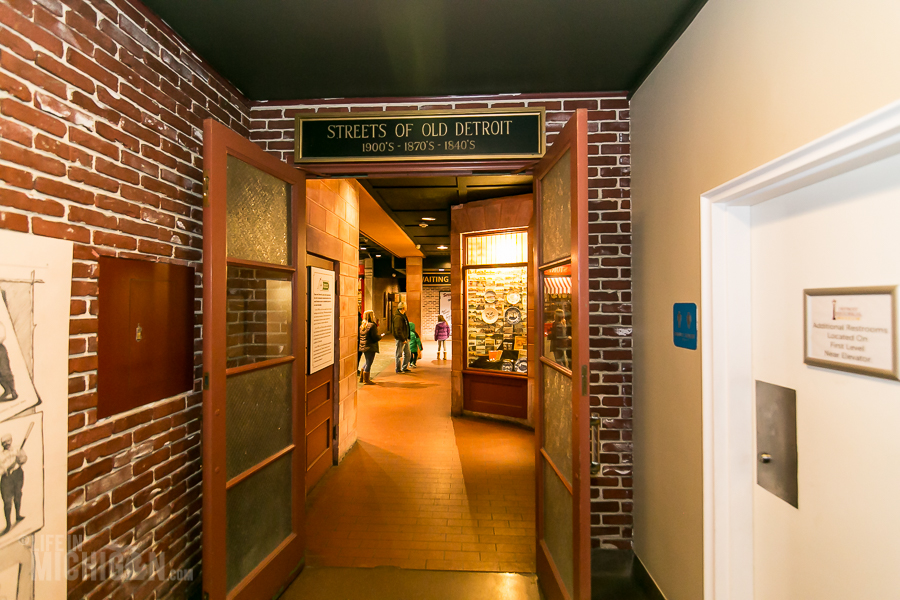 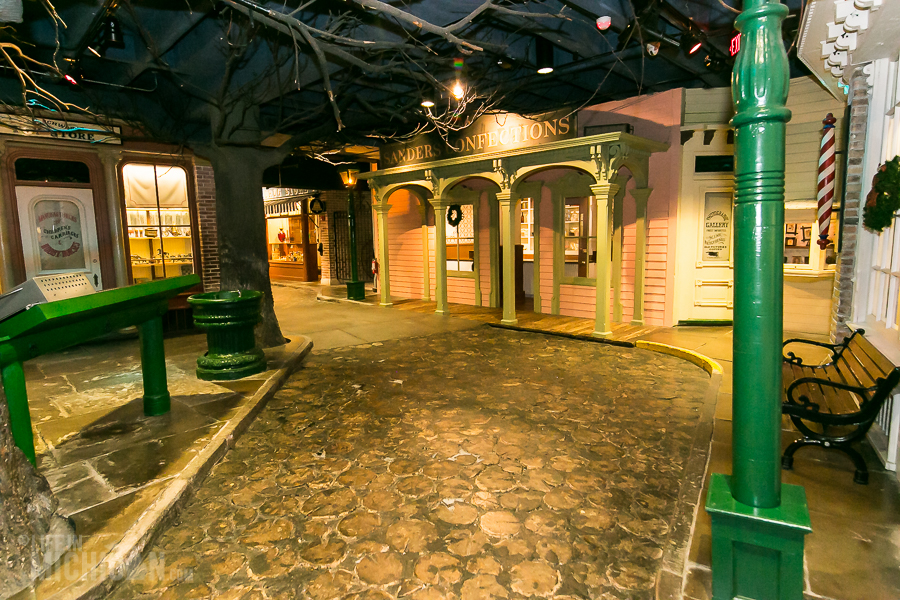 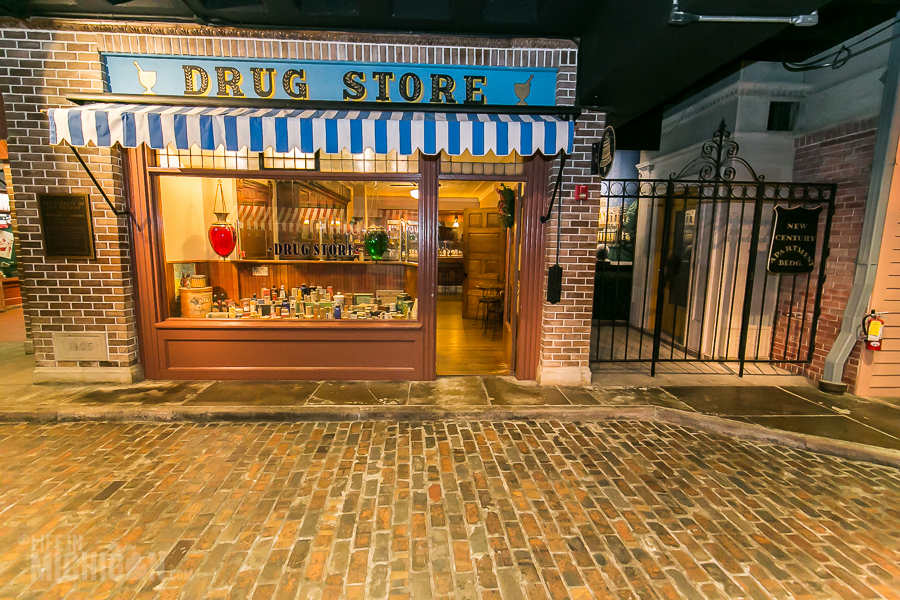 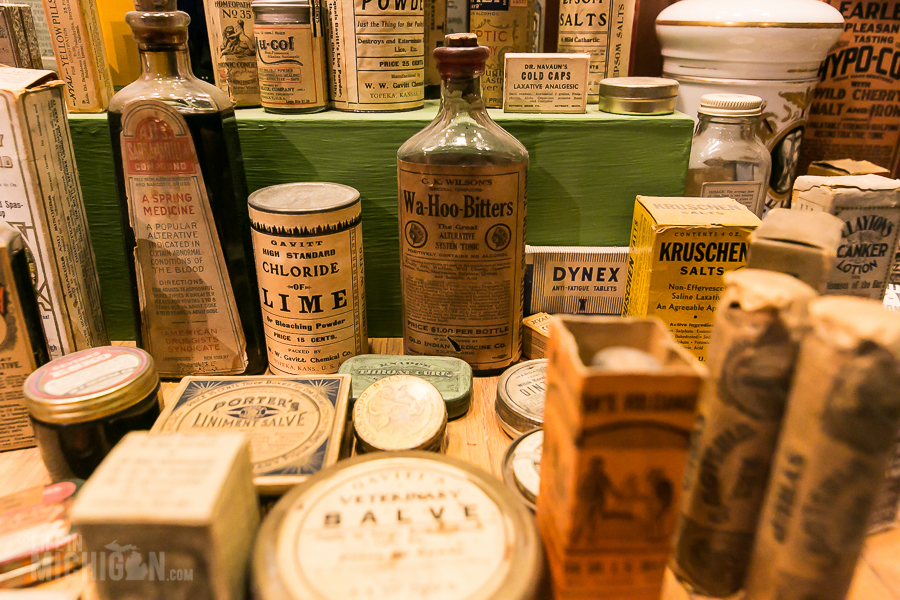 Well, I’m not sure I feel the same as Chuck does about trains, but I did Iove playing with my Uncle Bill’s model train when I was a kid. My grandmother took the Interurban train from Chelsea to Ypsilanit and sometimes Detroit so this exhibit definitely held my interest. It provides plenty of details about trains in Southeastern Michigan starting in the early 1900s. 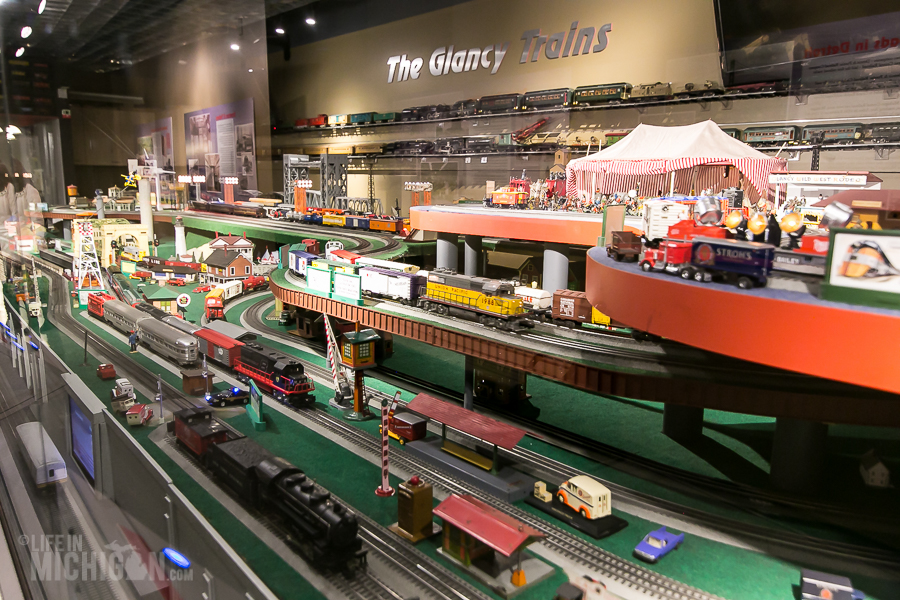 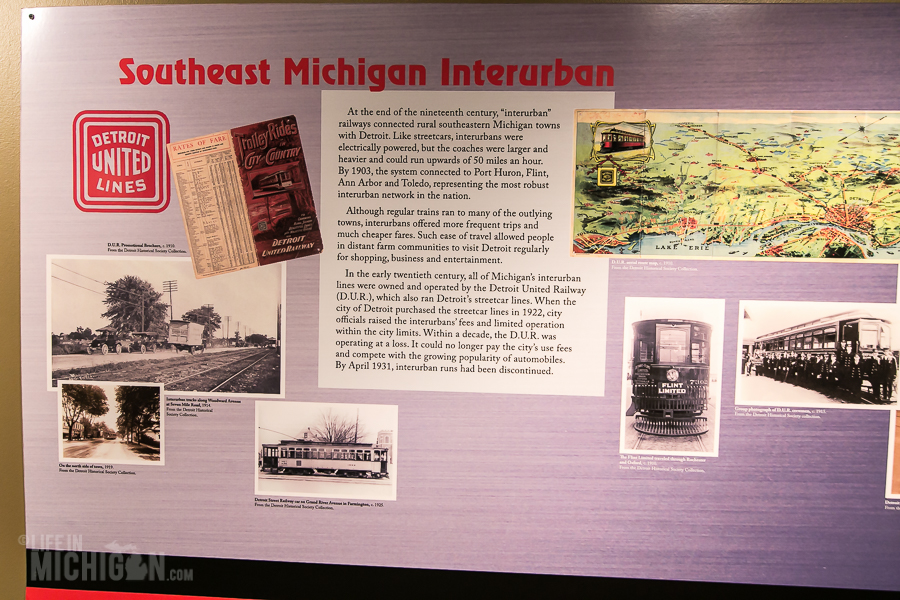 Chuck: The Allesee Gallery of Culture definitely was a surprise. It has highlights of Detroit’s pop culture by decade. 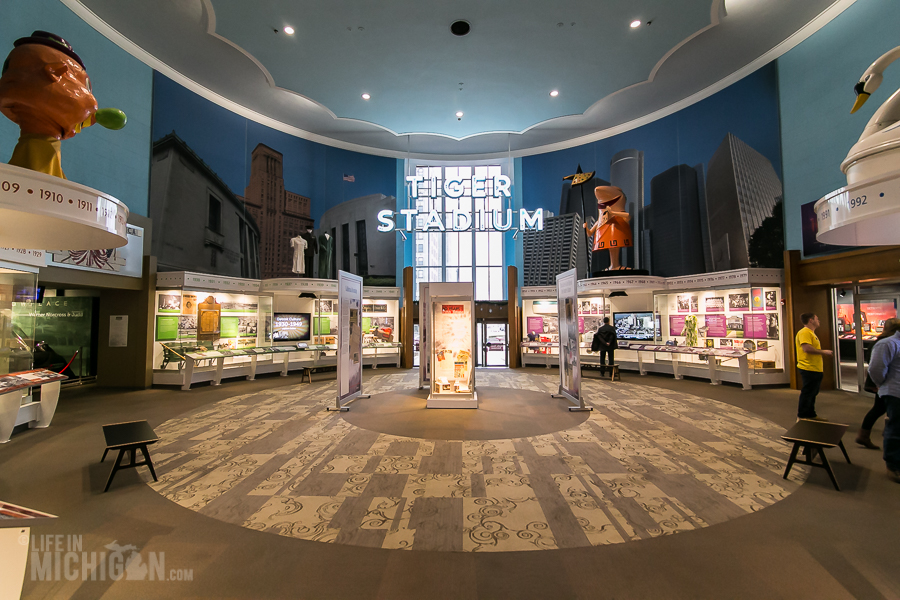 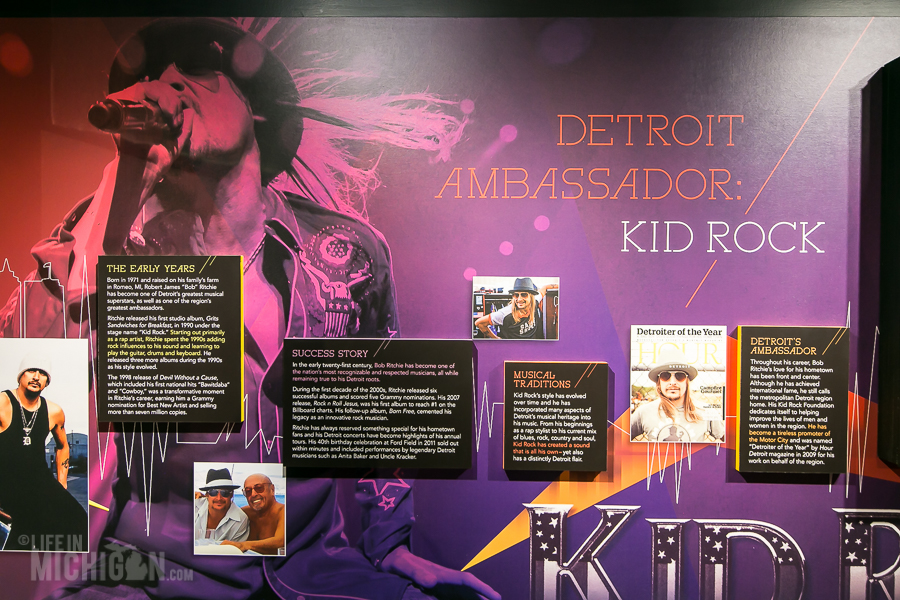 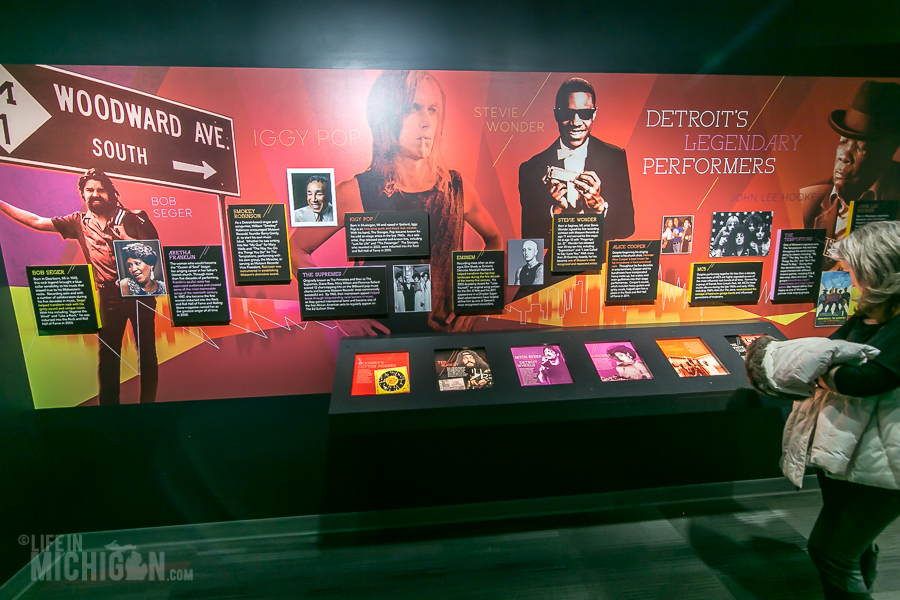 The exhibit that focused on the assembly line was also a surprise. (Also known as the America’s Motor City.) 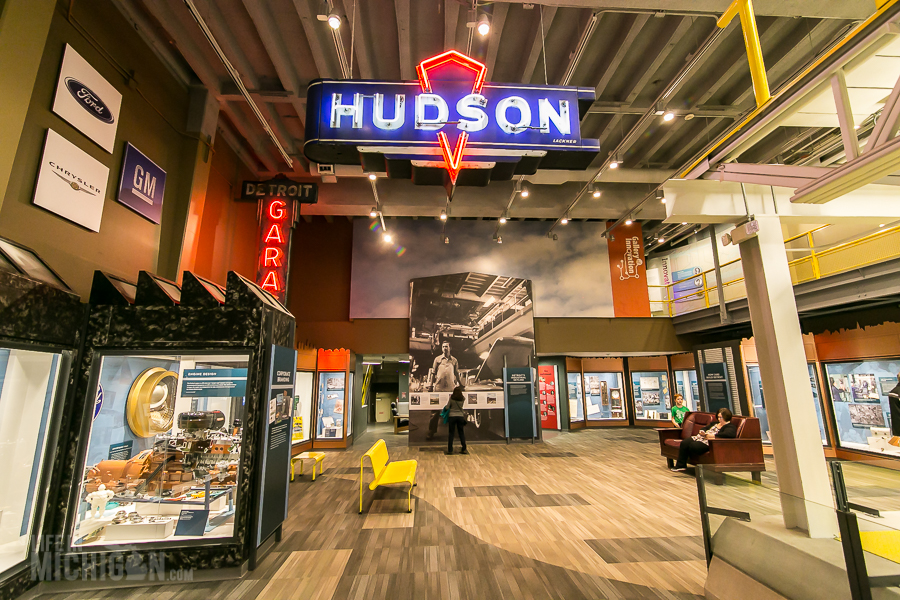 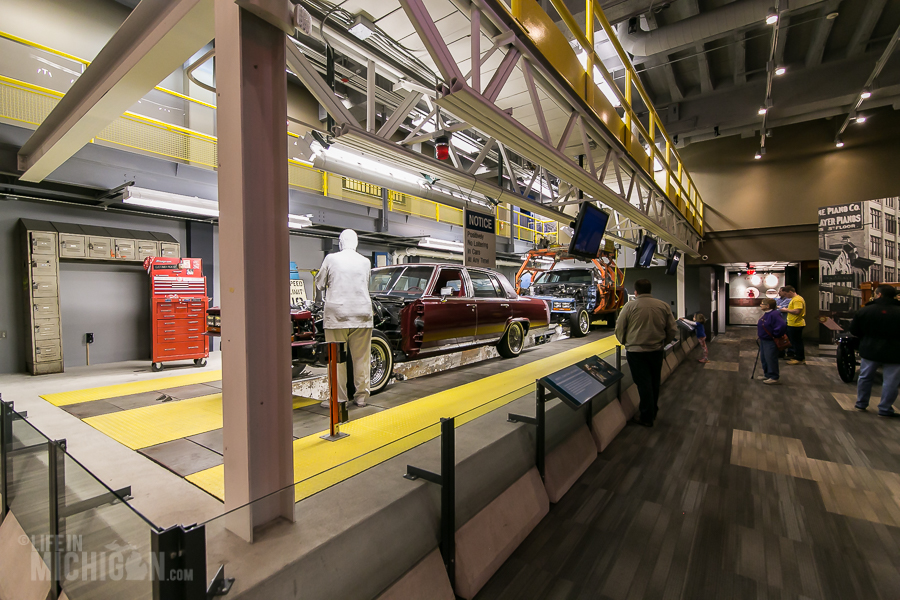 Where do you wish we’d spent more time? 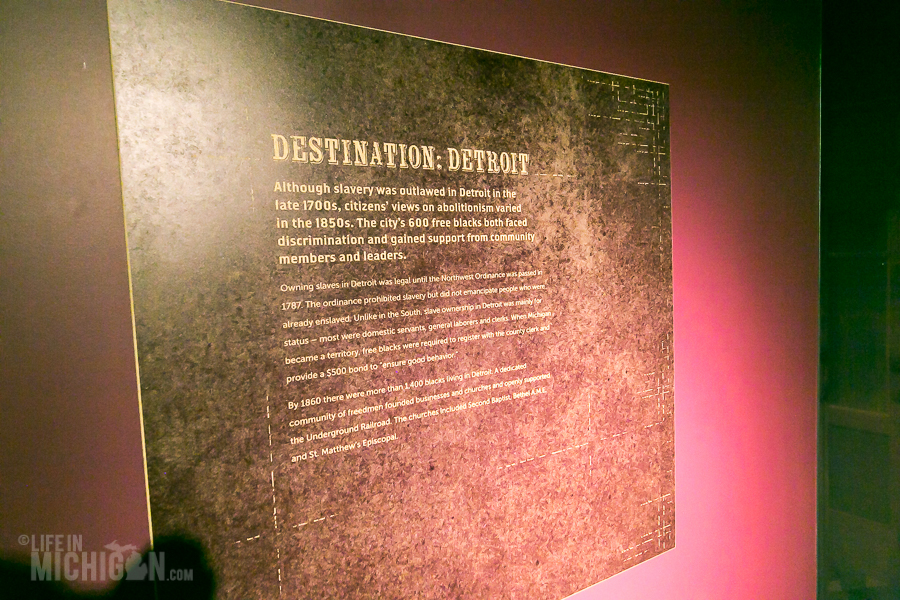 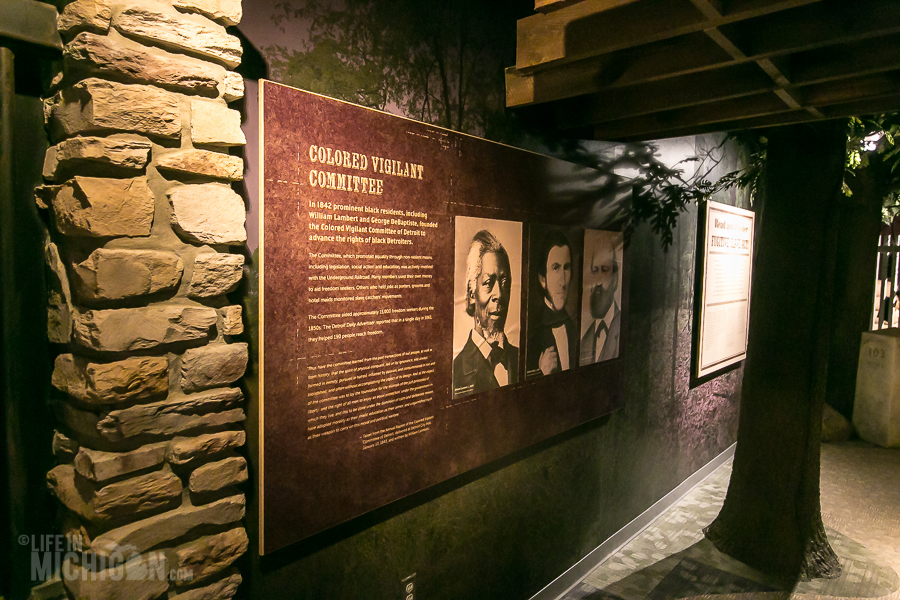 We’ve got more pictures in our gallery.

If you enjoyed our story about the Detroit Historical Museum, then please share it on your favorite social media venue or send it as a link to your friends and family.