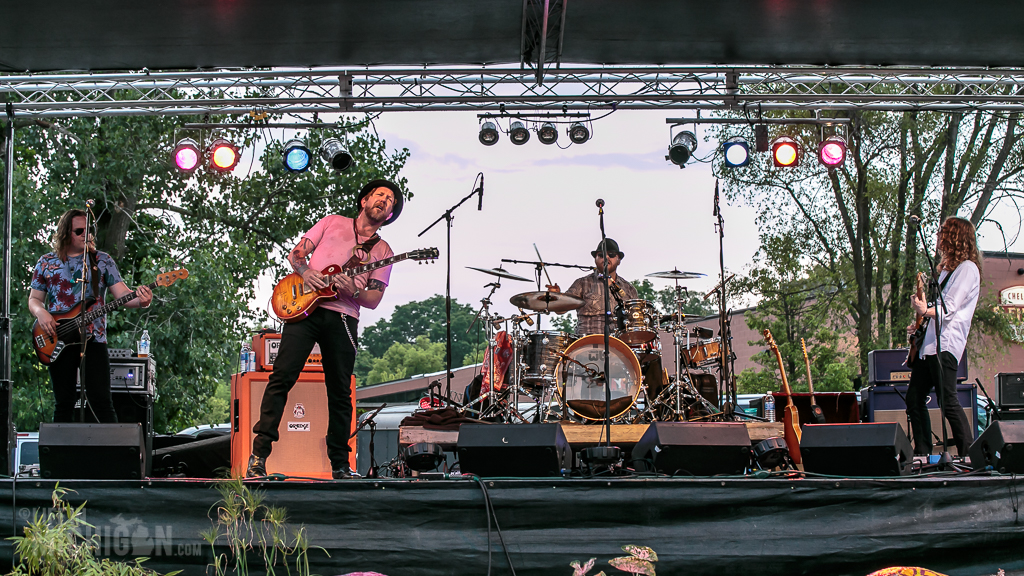 The fine folks from Rumpus Room in Chelsea closed off the parking lot in front of Jets Pizza and setup a stage for a rocking outdoor party to benefit the 418 Project, which supports charity work in Haiti. While Devon Allman isn’t from Michigan, this show was just too good not to share with you. 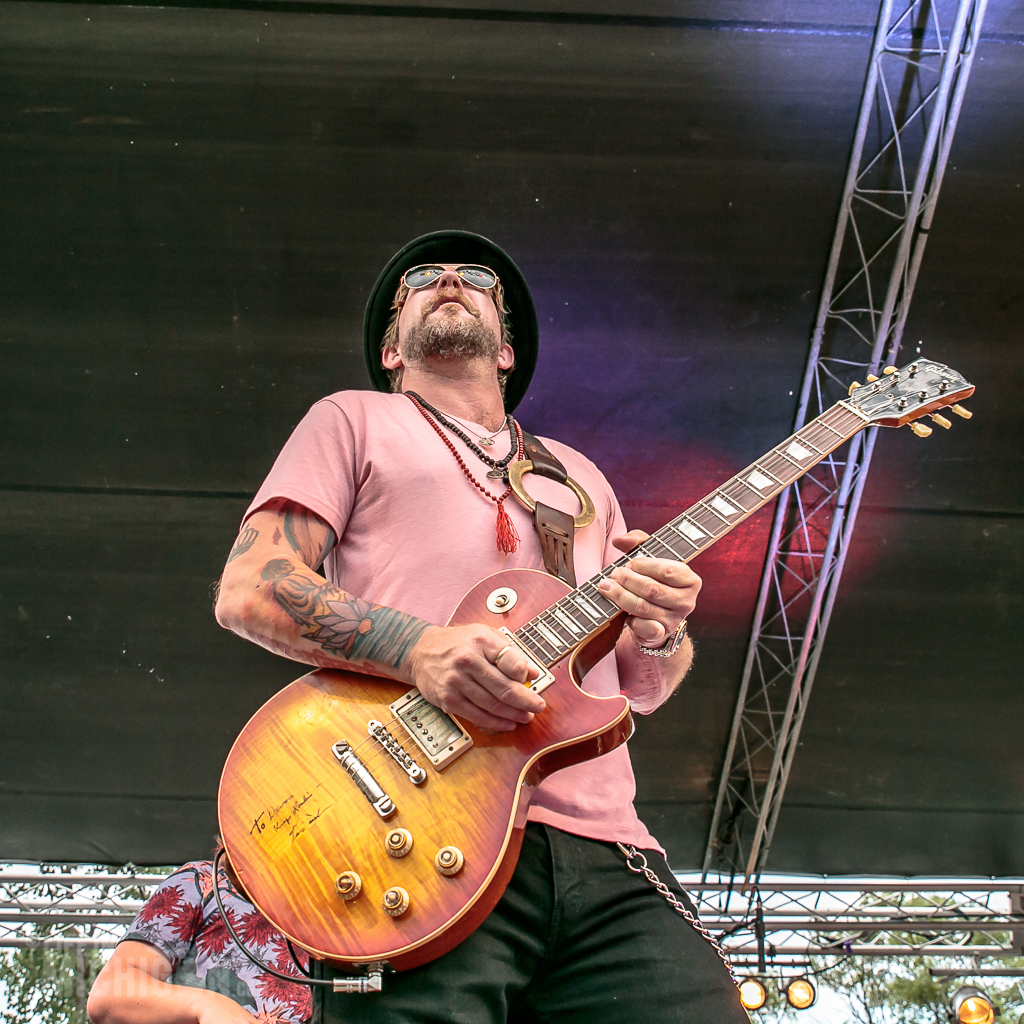 A heavy summer rain poured down as we searched for a place to park. We thought perhaps there would be a delay to the event, but the skies cleared just before TJ Zindle took the stage. When TJ isn’t jamming in the folk-fusion band the Ragbirds, he’s getting a bit more edgy with the energetic rock of Nine Volt Brain. We had heard TJ do some of his original music when he accompanied his sister Erin at the Rumpus Room earlier in the year and enjoyed his sound. His set with his band Nine Volt Brain was spirit lifting and jumping with vibrant energy. TJ has an appealing timbre to his voice. When combined with his guitar playing and the powerful rhythm generated by Dan Jones and Jon Brown it made for a fantastic musical experience. Nine Volt Brain did mainly original music, but they did throw in a killer cover of Nick Lowe’s “Peace, Love, and Understanding”. 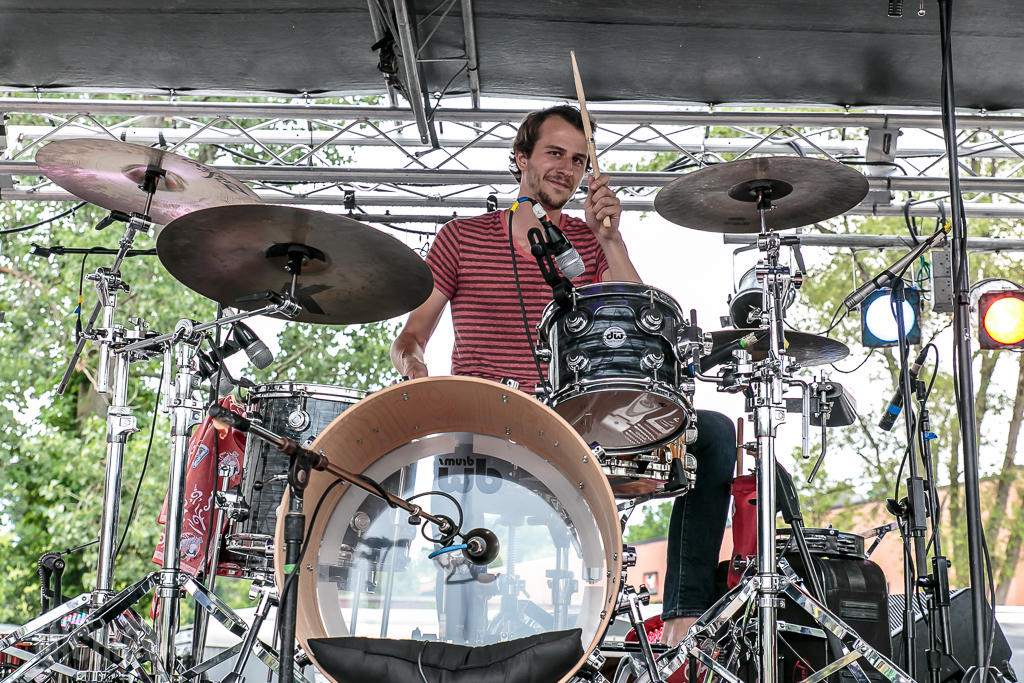 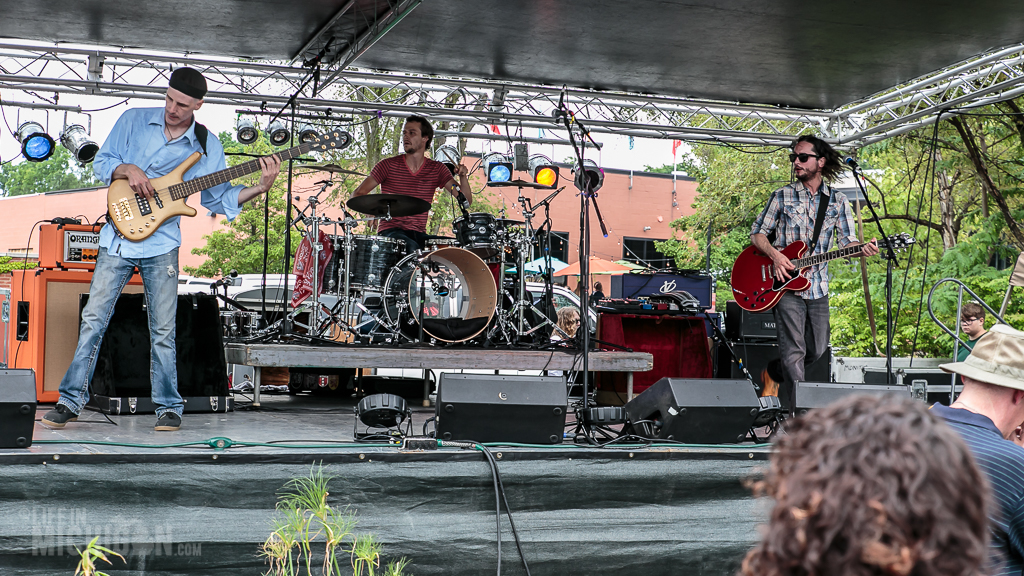 TJ mentioned he has a new album coming out and I am definitely looking forward to hearing it. If you get a chance, see him live. Check out more picture of Nine Volt Brain in the gallery. As the sun was searching for the horizon on this sticky summer night, the Devon Allman Band had the evening singing with the soaring guitars of Devon and Bobby Schneck. Devon kicked things off with “Half The Truth” and “Can’t Lose Them All” from his Ragged & Dirty album. Devon’s cherry sunburst Les Paul sweetly sang on “Mahalo” and the audience responded with fierce applause. 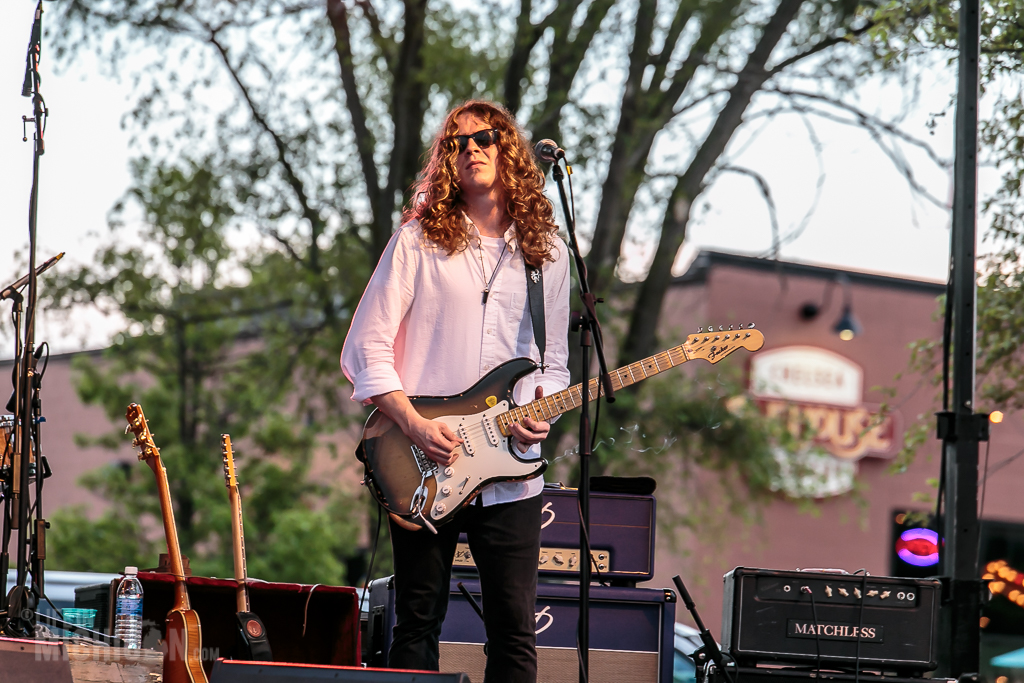 In addition to barn burning original music, the Devon Allman band rocked out amazing covers of “Forever Man” by Eric Clapton, “No Woman, No Cry” by Bob Marley, and a full bore blues jam during Sonny Boy Williamson’s “Checking On My Baby”. Devon invited Hell, Michigan’s blue guitar legend Michael Katon up to the stage for this song. He and Bobby Schneck laid down some beautiful blues licks that had the crowd hooting and hollering. 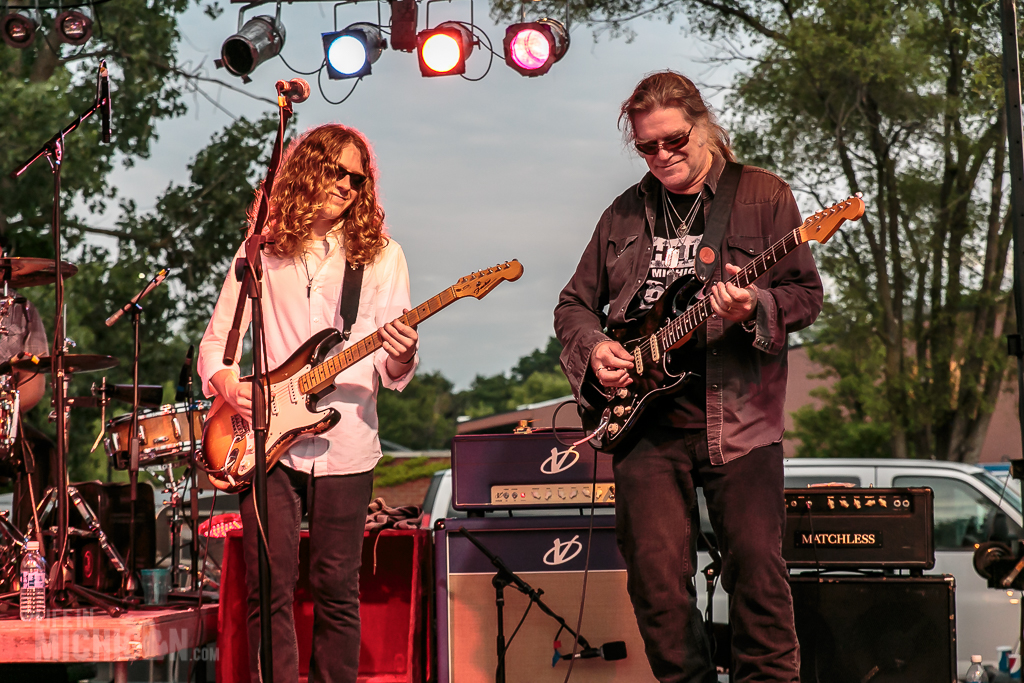 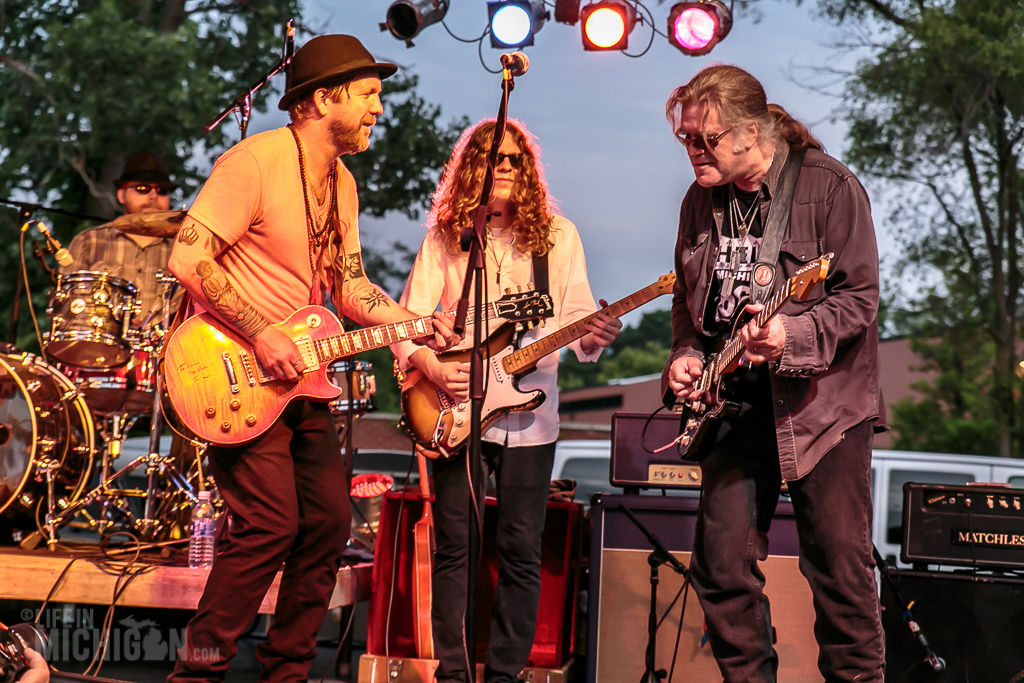 While guitar playing was definitely a key feature of the show, Steve Duerst and drummer Anthony Nanney showed off their chops through out. They bothed shined on the cover of “I’ll Be Around” by the Spinners. Folks in the audience moved up to the stage and quite a few enjoyed some dancing to the music. The emotionally charged “Midnight Lake Michigan” was a big hit as everyone savored each sweet note. 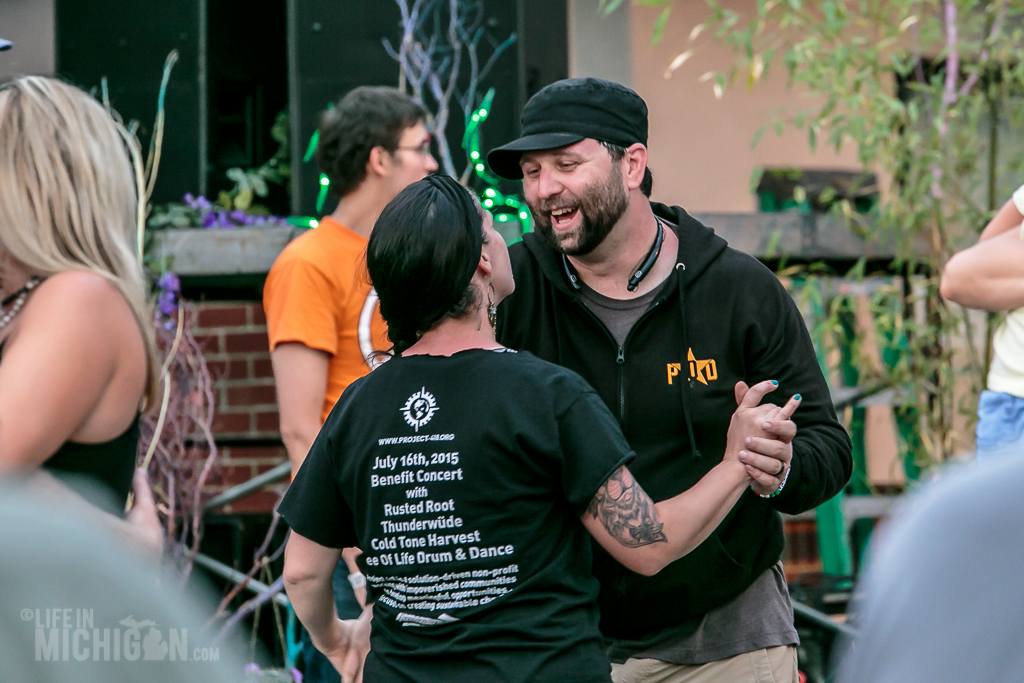 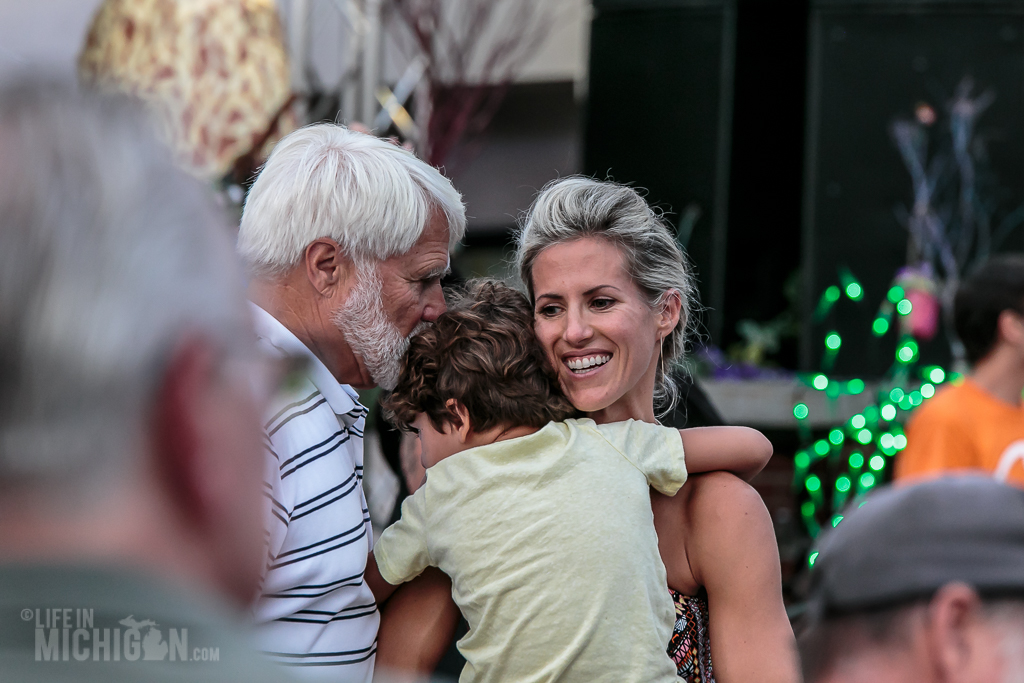 Devon wrapped up this amazing night of rocking blues music with a tribute to his roots on “One Way Out”. Ellmore James and Sonny Boy Williamson may have written this monumental blues tunes tune, but Devon’s father Greg and his uncle Duane made it famous when they recorded their stellar version on “Eat A Peach”. Devon invited Michael Katon back to the stage for “One Way Out” and each musician on the stage dazzled the crowd with their musical prowess. 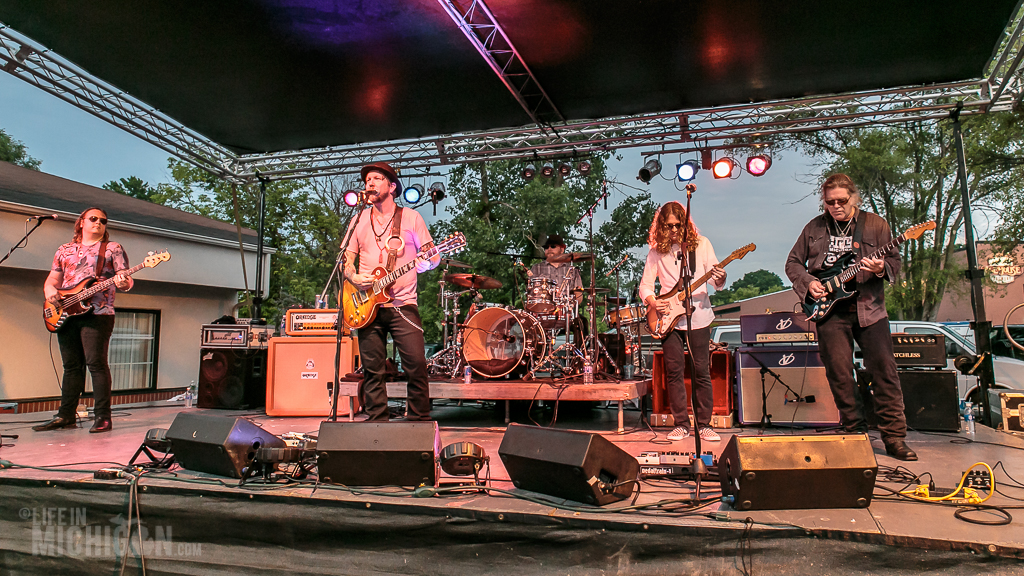 Devon Allman put on one of the best shows I’ve seen this year. It was a lot of fun and so rewarding to see and hear great musicians jam. Hats off to the folks at the Rumpus Room and Jets Pizza in Chelsea for pulling together this phenomenal show. With great beer on tap, a festive atmosphere and probably the best outdoors sound I’ve ever heard, they made this an outstanding evening. Be sure to check out more pictures of the Devon Allman Band in the gallery.

If you liked reading about TJ Zindle and Devon Allman Band at the Rumpus Room, then please share it on your favorite social media venue or send it as a link to your friends and family. If you’ve got a story to share or just want to say hi, please leave a comment.