Eternity Brewing – From Here to Beer

We took a ride out to Howell to visit Eternity Brewing and sample some of their fine beers in their bright and cheerful pub. 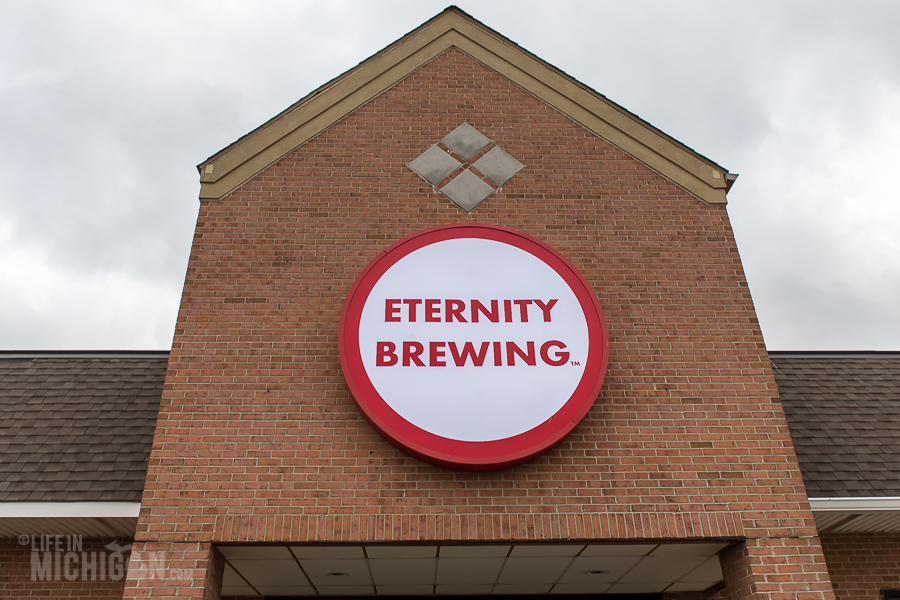 Unlike the movie, From Here to Eternity, there wasn’t a bunch of drama or steamy beach scenes at Eternity Brewing. What we did find was a really fun place with plenty of natural light, decorated with hops, and full of happy customers. 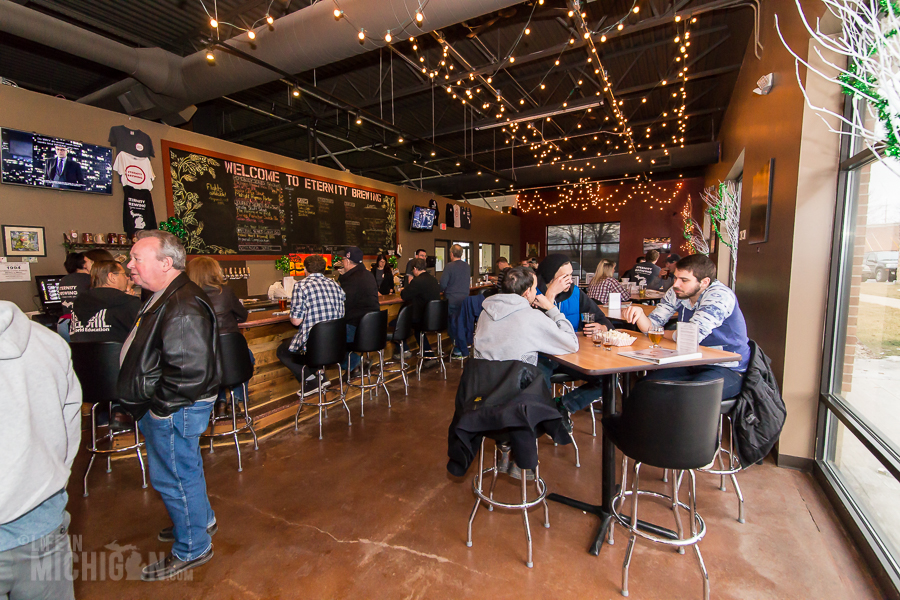 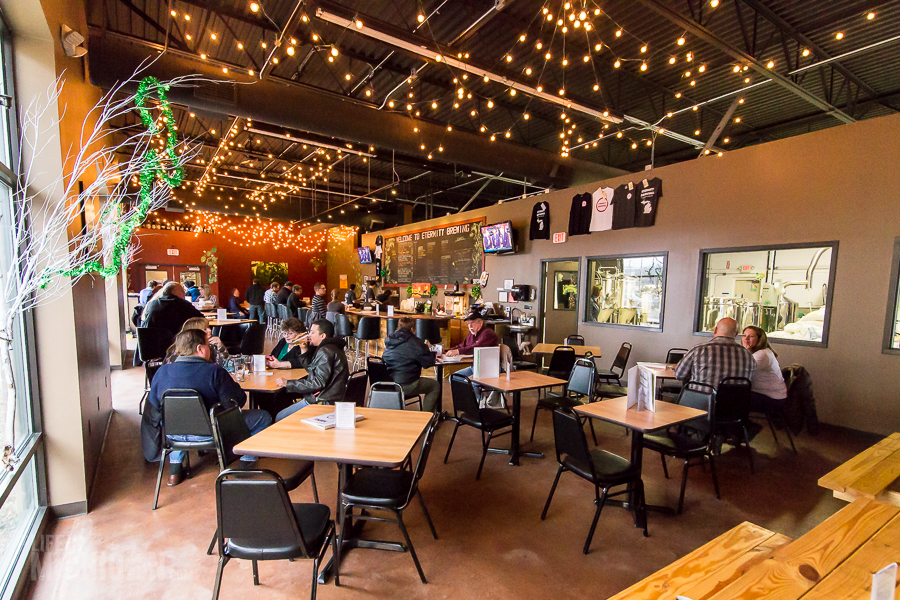 We chatted with Dayna Tran who co-owns Eternity Brewing. Dayna is also one of the brewers. She and her husband Mike started out as engineers with a love for beer. Dayna got her start in brewing at Witch’s Hat Brewing in South Lyon. In September of 2014, they opened up Eternity Brewing and have been going full steam ever since. I failed to get a picture of Dayna, but she was super nice and gave us a tour of the brewing area where all the magic happens! 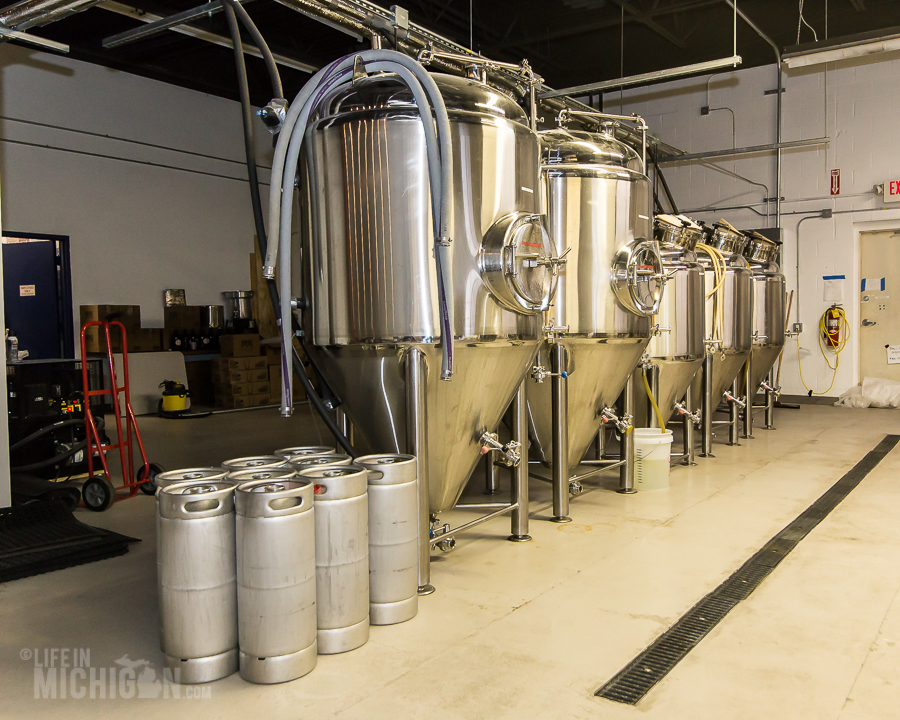 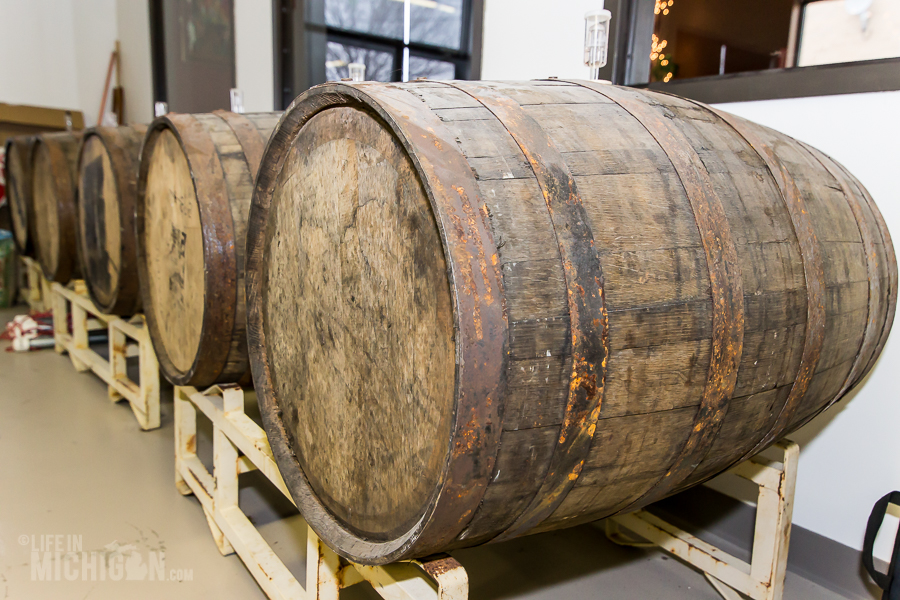 The cool hops mural was actually done by Dayna’s family and it looks great with the photographs of hops. Turns out those photos are from the hop yard of our friends at Top Hops farm in Goodrich, Michigan. These great photos in Eternity Brewing were taken by Bethany Cuneo. You can check out more of her work at Rouge Studio which is located in Howell. 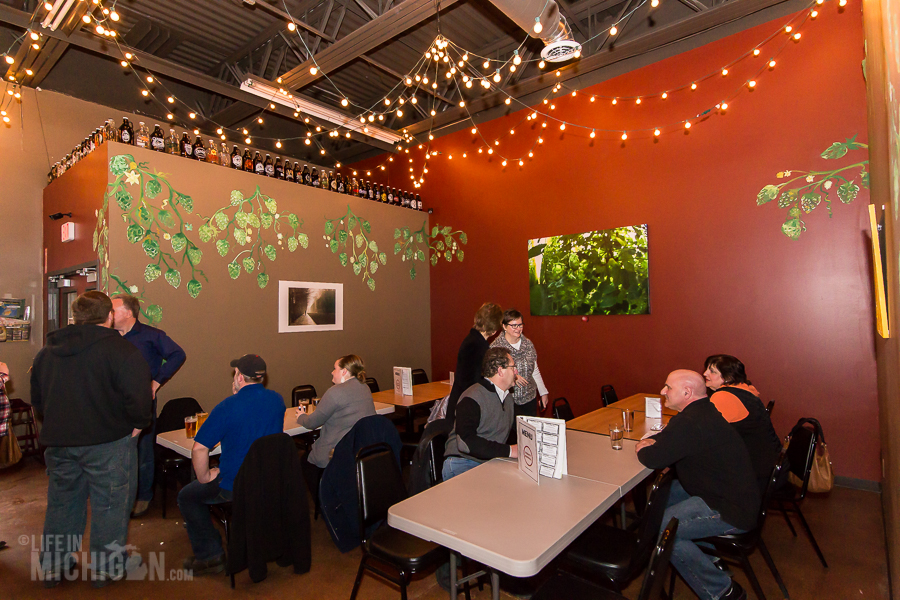 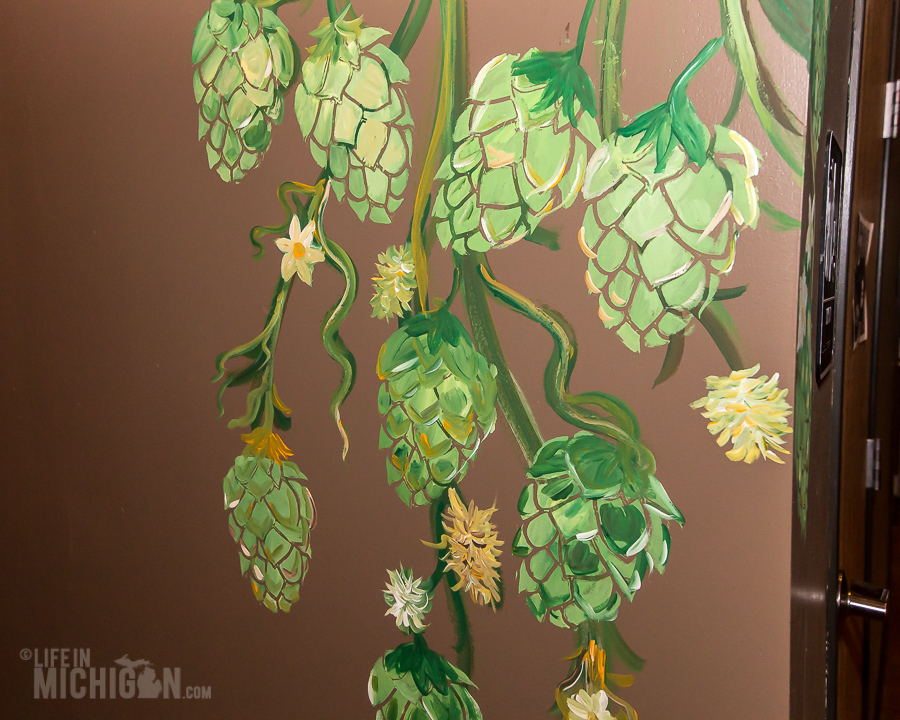 How is the Beer?

We got a seat at the picnic tables in the back row and soon had a couple of flights of beer. All the beers from Eternity Brewing were tasty. The real standouts were the Michigan Hopped pale, Torn In Two IPA, and Rebel Heart Imperial IPA. The Rebel Heart had that awesome grapefruit taste and has a bit of a punch at 10% ABV. Since we were thinking of spring and summer, the Michigan Hopped pale was great in that it was clean and refreshing, yet still had a good hoppy taste. Dayna told us that the Michigan Hopped pale ale is made with hops from Top Hops farm. You’ve got to love it when beer is locally sourced. 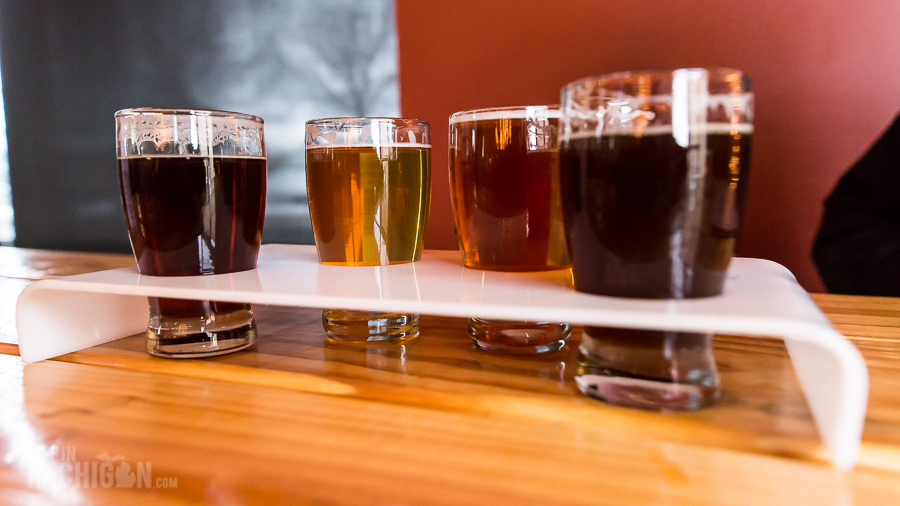 If you get hungry, they have some pre-made sandwiches and snacks. If you are looking for something else to eat there are plenty of good restaurants nearby.  Some of them will deliver right to your table at the brewery. The great staff working at the bar and serving beverages are more than happy to hook you up with menus for ordering food. 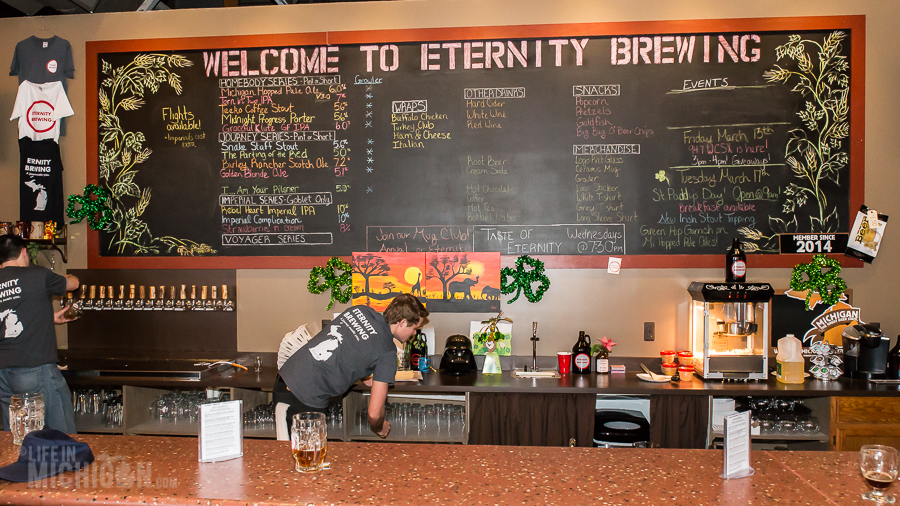 Eternity Brewing is a great brewery right between Howell and Brighton. Stop in for a beer, play some euchre, and maybe even catch some live music.

If you’ve been to Eternity Brewing or plan to, let us know about it. Leave us a comment and share your story.