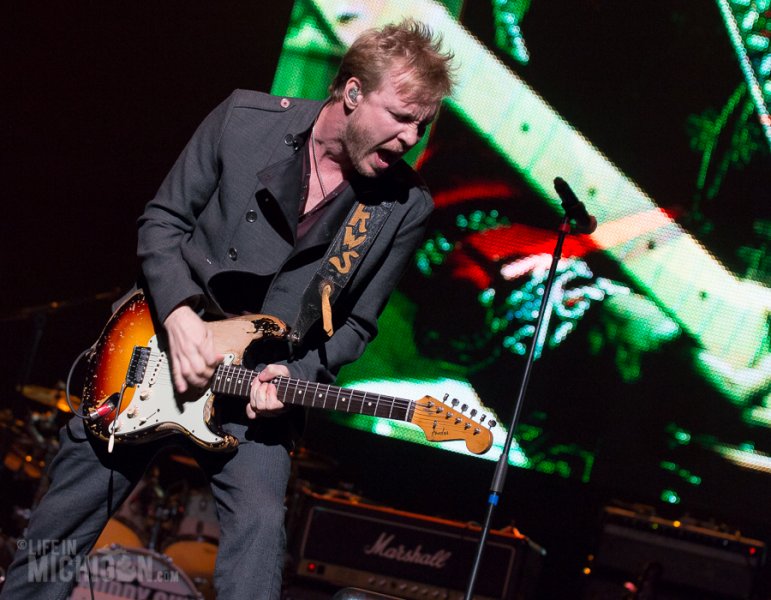 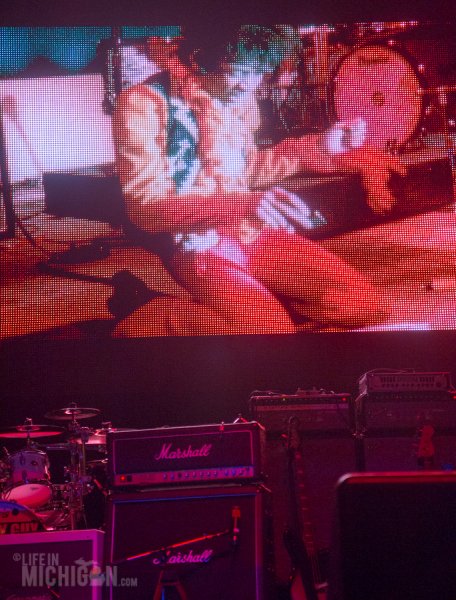 Just like everyone that has wanted to play an electric guitar through a Marshall amp, I’m a Jimi Hendrix fan.  When I was 17 and heard ‘Electric Ladyland’, I was hooked.  As I watched my guitar idols jamming out Hendrix, I was struck by the thought that at one time these guys had also been hold up in their bedrooms working out the riffs to “Stone Free” or “Voodoo Child”.

A montage of pictures and film clips of Hendrix performances accompanied by his music greeted the audience as they made their way into the theater.  As the lights were lowered, Janie Hendrix, Jimi’s sister welcomed us all to this festival of sound. 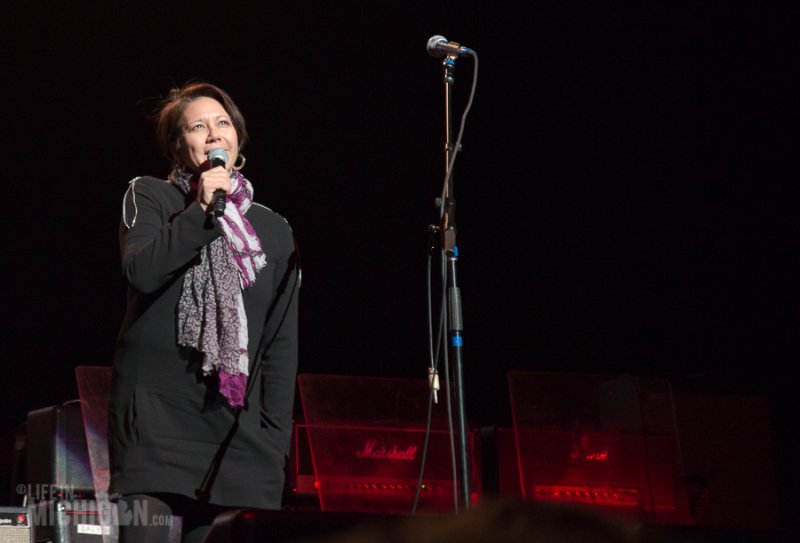 Billy Cox along with guitarists Dani Robinson (born in Detroit!!), Stan Skibby and drummer Chris Layton, kicked off the show with a burning rendition of ‘Stone Free’.  For those that don’t know, Billy played bass with Jimi Hendrix in Band of Gypsies and Cry of Love. 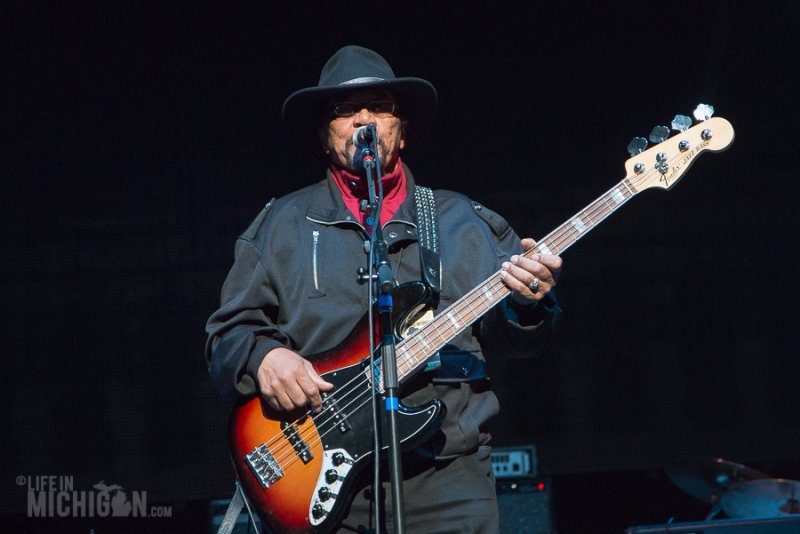 Dani and Stan are equally superb musicians with equal parts showman.  That is one thing about Hendrix that made him the icon he is today.  The man obviously could play, but he also put on a show.  Dani and Stan know this fact well. 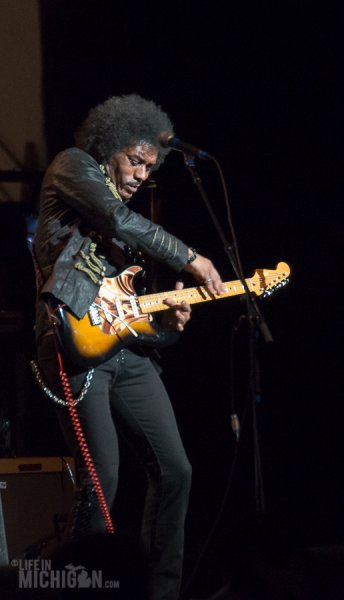 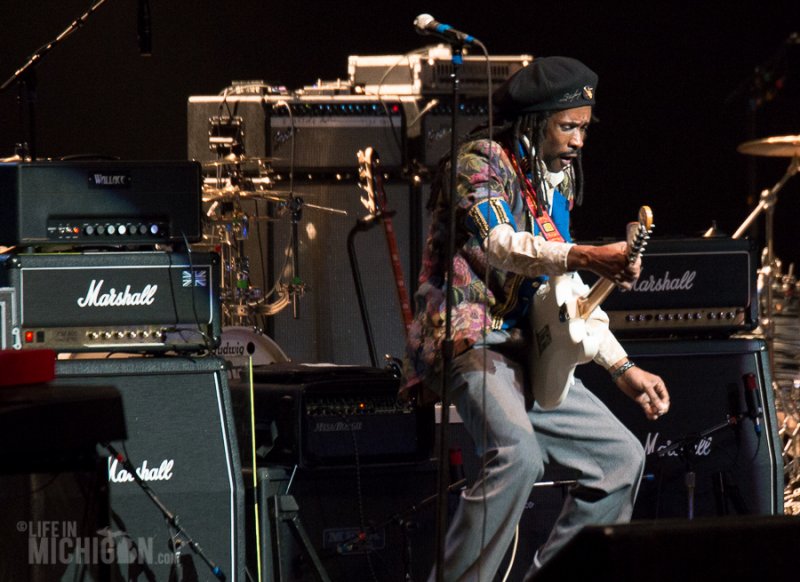 ‘Freedom’, off the ‘Cry of Love’ album, brought Dweezil Zappa to the stage.  Have I mentioned that Dweezil is the man?  I’d seen him in February with Zappa Plays Zappa, so it was a real treat to hear him stick a spot on solo during this tune. 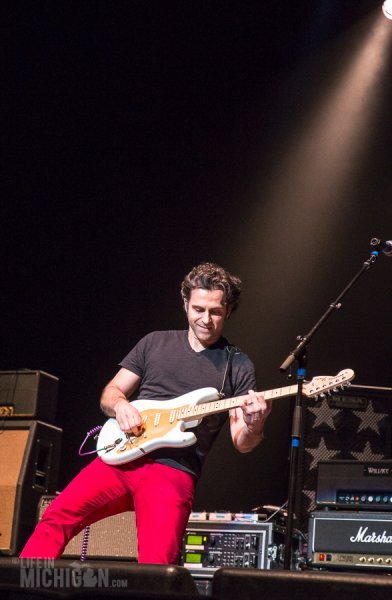 Billy Cox stepped off stage and Ana Popovic took over on vocals as well as guitar.  I sadly had never heard of Ana until this show.  She was outstanding!  Scintillating guitar lines on ‘House Burning Down’ along with some spicy slide playing on ‘Can You See Me’ had the audience enthralled.  With vocal prowess to match her guitar skills, I’ll be looking forward to checking out more of her music soon! 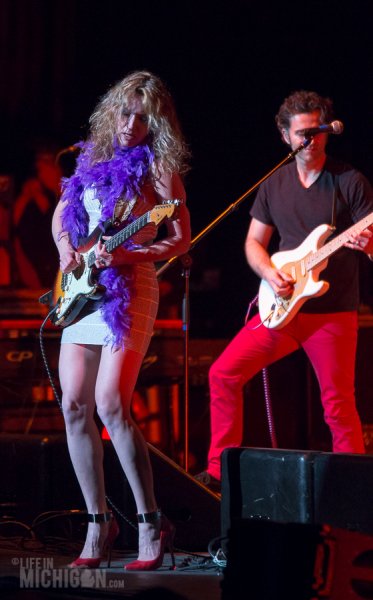 What can you say about Eric Johnson that hasn’t been said already?   He is one of the finest musicians I’ve had the pleasure to see.  Eric covered ‘Power of Love’ with Scott Nelson on bass, Henri Brown on vocals, and the fine drumming of Chris Layton.  Eric then blew into ‘Ezy Rider’ with Mato Nanji on guitar and the soaring vocals of Noah Hunt.  A Soulful and tender retelling of ‘May This Be Love’ with the wonderful Eric Gales followed. 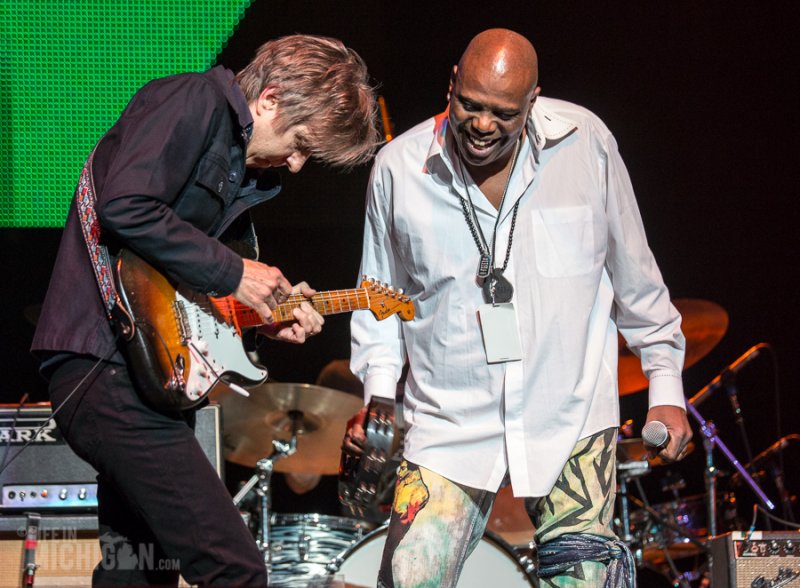 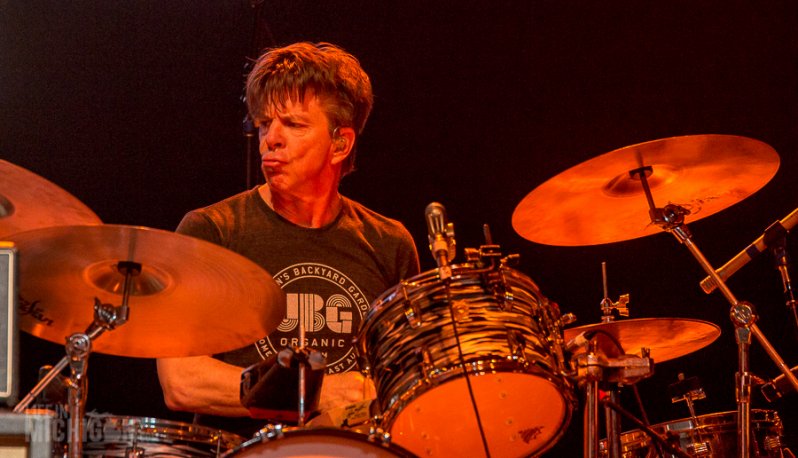 One of the highlights of the show for me was Eric’s cover of ‘Are You Experienced’.  I was in shock hearing him perfectly play the backwards guitar solo! 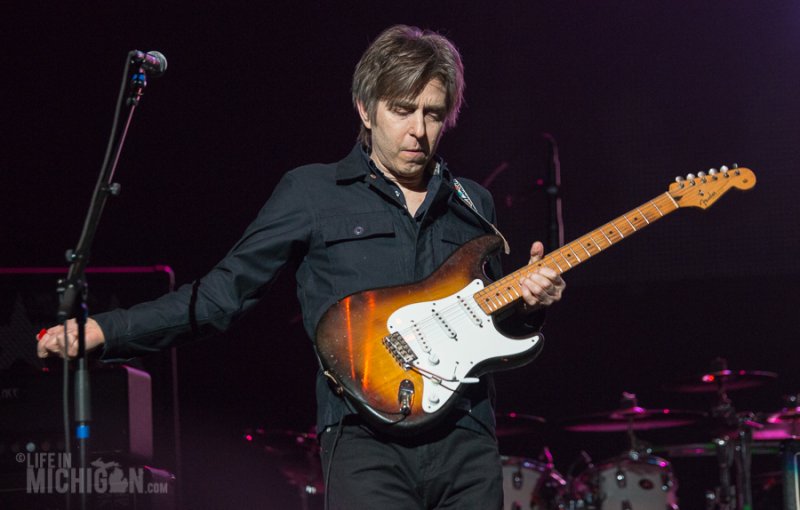 Another stellar moment of the show was when Eric Gales and Bootsy Collins took the stage to kick out ‘Purple Haze’ and ‘Foxy Lady’.  Kenny Olson joined them during ‘Foxy Lady’ and he definitely got into the groove! 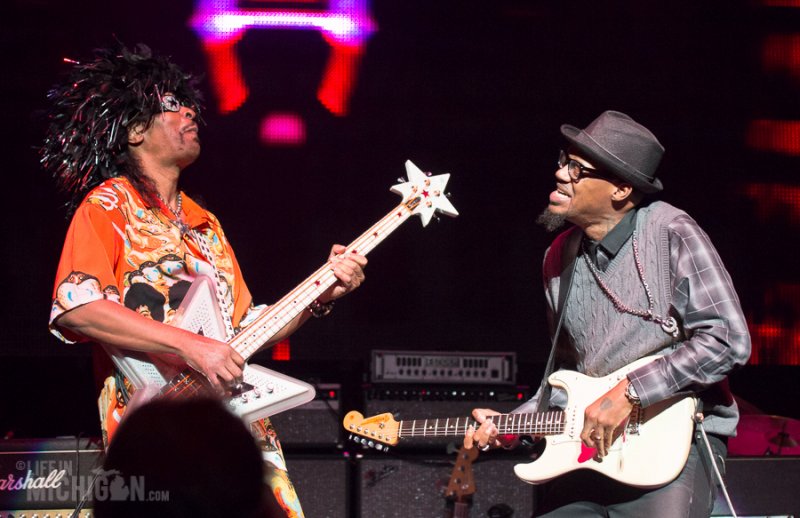 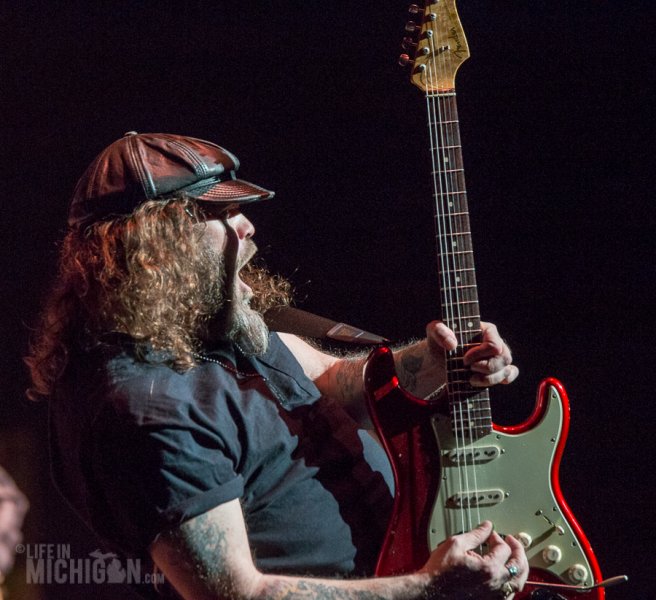 All Along The WatchTower

After a short intermission, Doyle Bramhall eased us back in with his acoustic guitar on ‘Hear My Train a Comin’.  Swapping the acoustic for a Strat, Doyle sailed into one of the most beautiful of Hendrix tunes; Angel.  Joining Doyle on stage was Louisiana guitar slinger, Robert Fortune playing a Les Paul!  I’m thinking someone forgot to mention that this was a Strat fest! 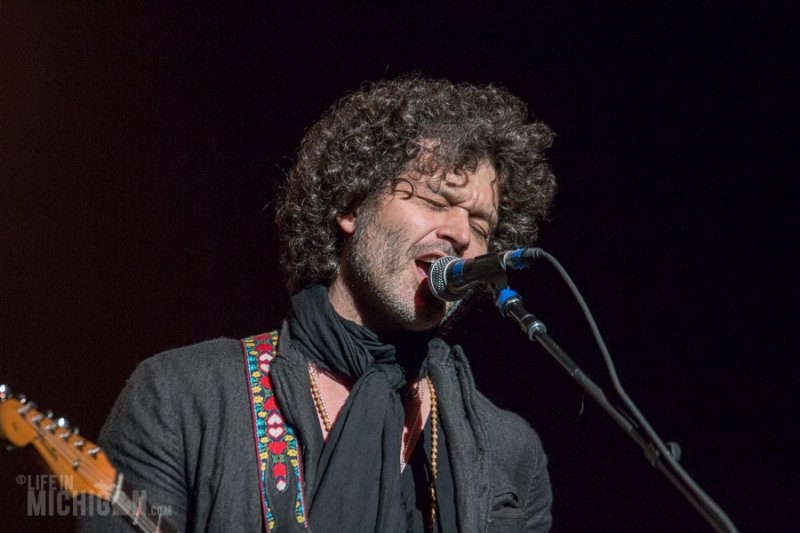 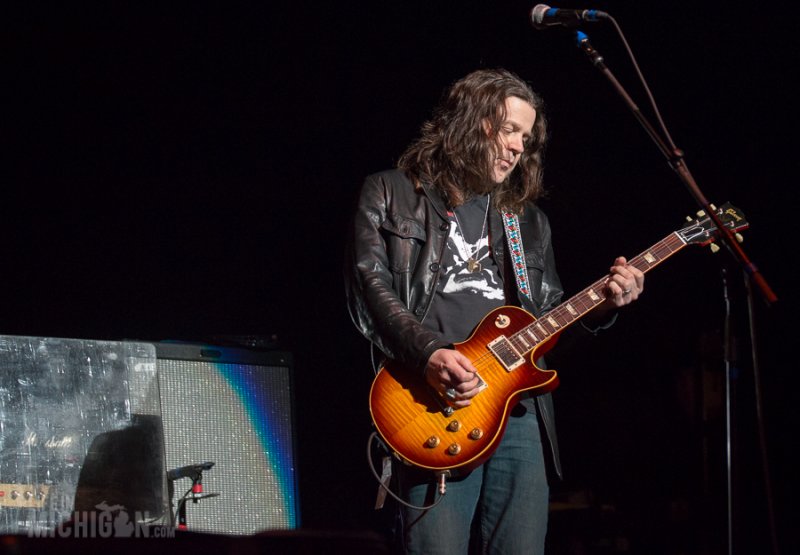 Things really started to get hot when Jonny Lang joined in for a wailing version of ‘All Along The Watchtower’.   Jonny then proceeded to bring the crowd to their feet for one of my all time favorite tunes, ‘Spanish Castle Magic’.  He is a gifted artist with a soulful voice and deft hands.  The scat singing along with the guitar improvising (ala Hendrix) was magic. 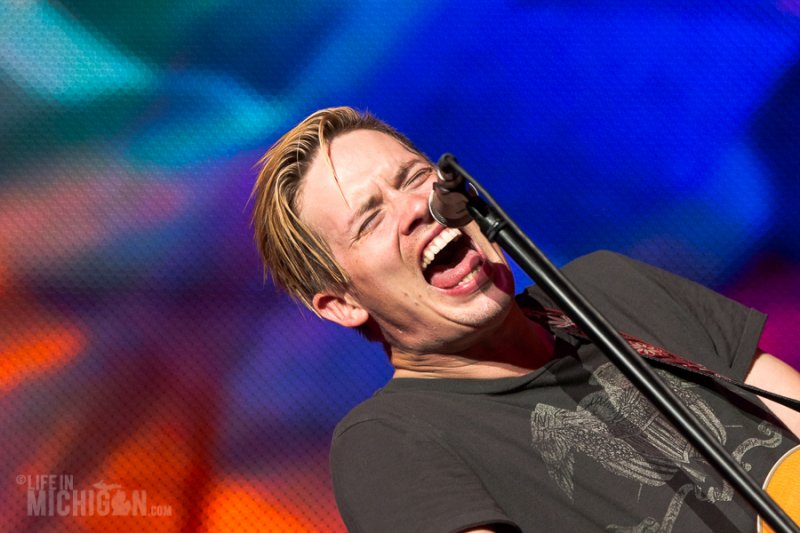 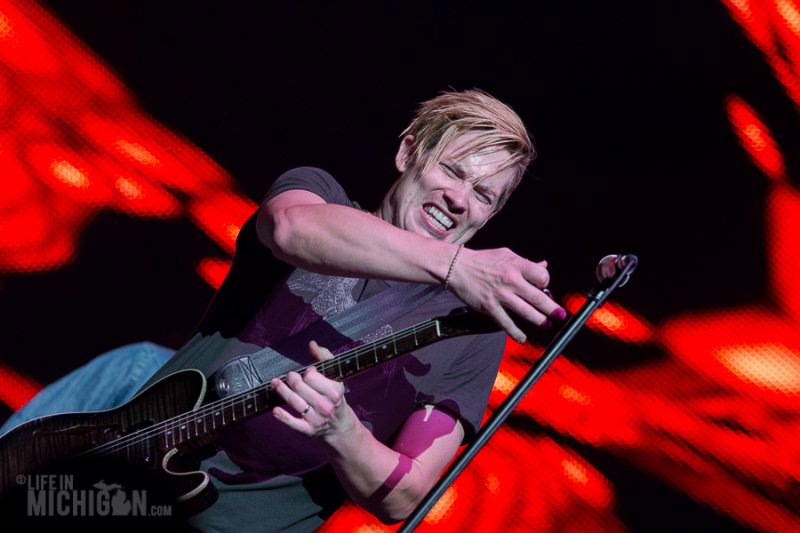 Jonny brought the fire, so it made sense that Kenny Wayne Shepherd should follow with the thunder!  Searing through a funky version of ‘Gypsy Eyes’, Kenny accompanied by Tony Franklin on bass and Noah Hunt on vocals, gave the packed house what they’d come to see.  A rock show blazing in the glory of guitar fury from a Marshall amp! 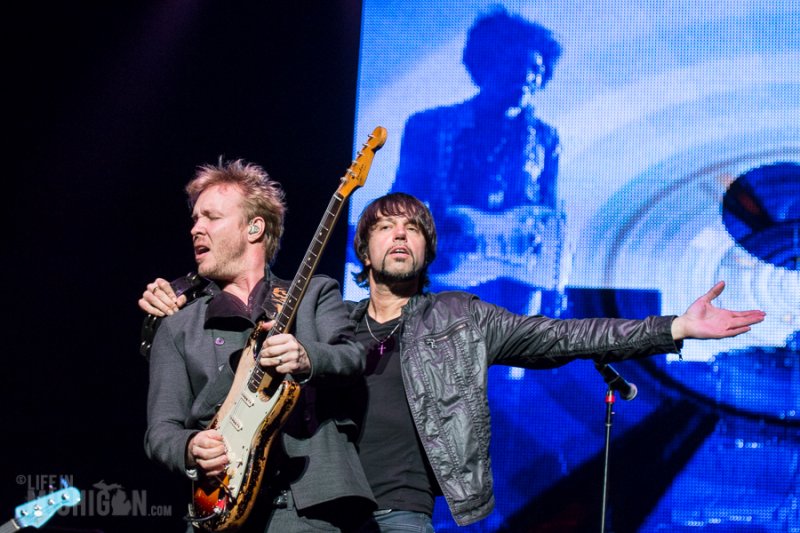 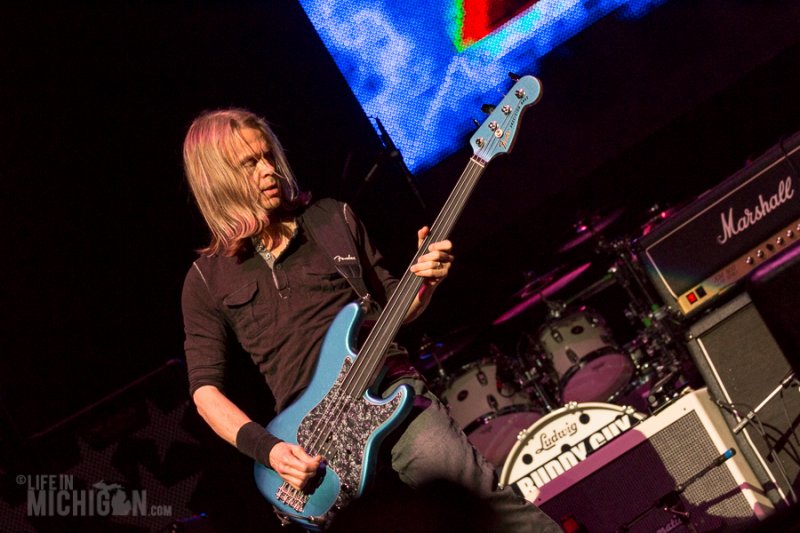 After a popping version of ‘Come On’, we sauntered into bayou with ‘Voodoo Chile’.  This set us up for an epic version of ‘Voodoo Child (Slight Return)’.  Both Jimi and Stevie Ray Vaughn would have been very proud! 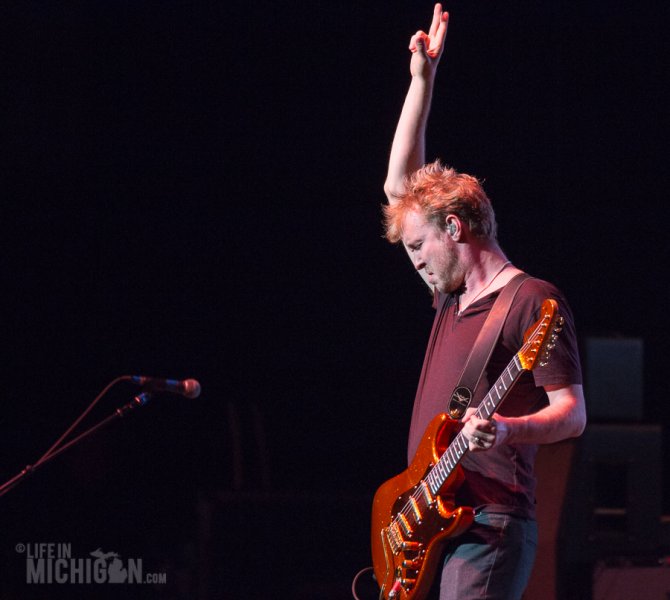 The icing on the cake at this Hendrix extravaganza was Buddy Guy.  With Billy Cox on bass, Marty Sammon on keys and Tim Austin on drums, Buddy got up close and personal with the crowd.  Buddy knows how to a work a crowd and you could see he was having a ball doing it. 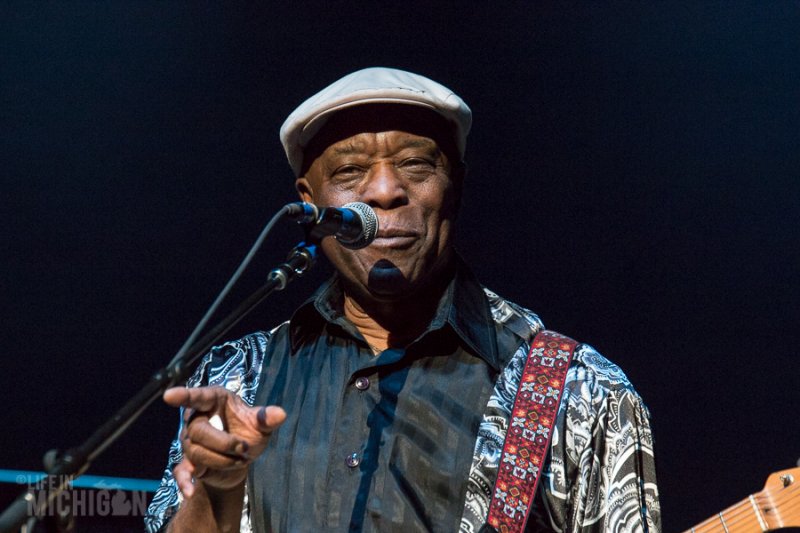 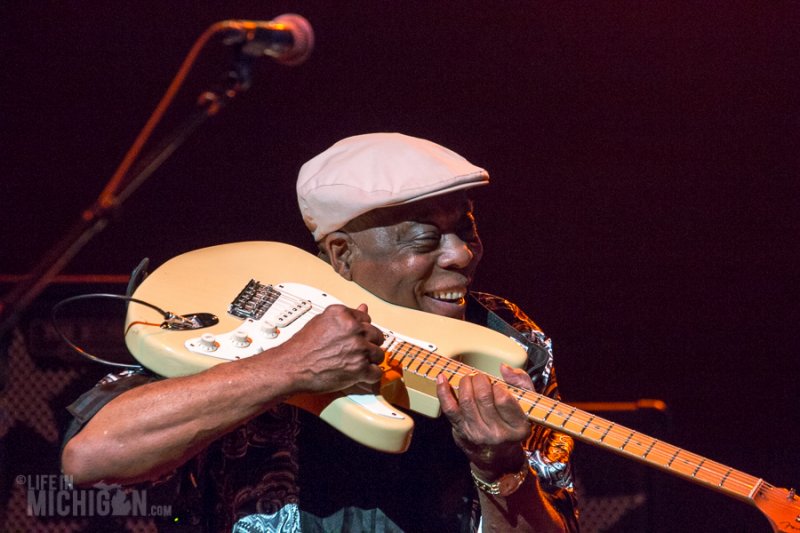 Buddy started out with ‘Who Knows’ and had a lot of fun with a Muddy Water’s cover (I think it was called Louisiana Blues).  Henri Brown joined Muddy to handle the vocals with flare.  The set closed out with ‘Hey Joe’ and ‘Red House’. 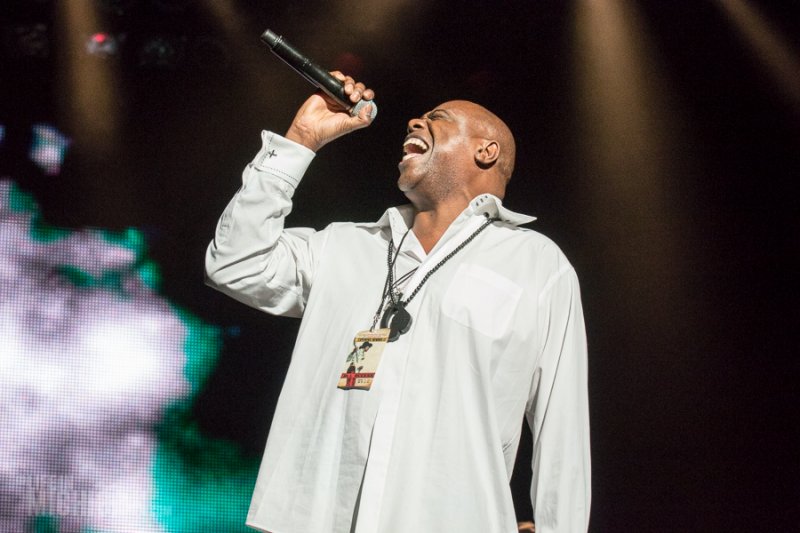 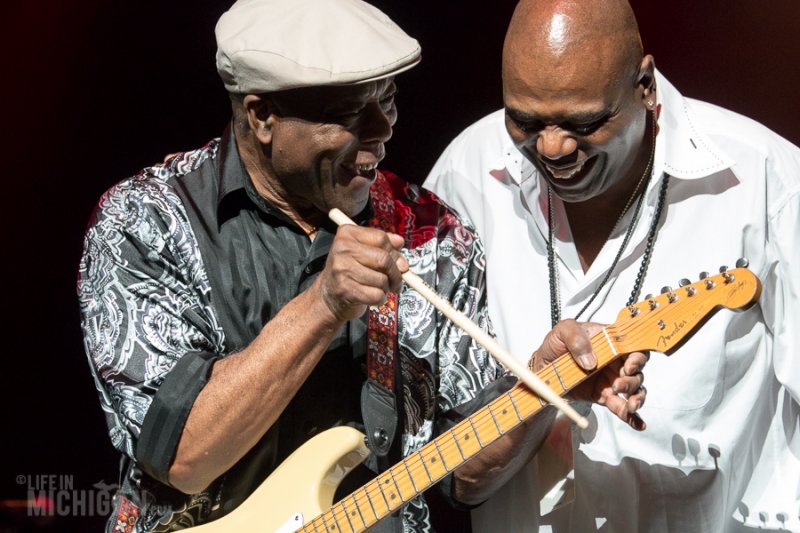 An amazing night of music in the Motor City!  I’m sure Experience Hendrix will be back in town, so be sure to check it out if you get the chance.  At the very least, fire up your favorite Hendrix tune as you check out the gallery!  While you are at it, leave a comment to share! We’d love it if you’d subscribe to our newsletter, or follow us on Facebook, Twitter, Pinterest, Tumblr.