Andrew Lewick or was it Johann Andreas Luick? 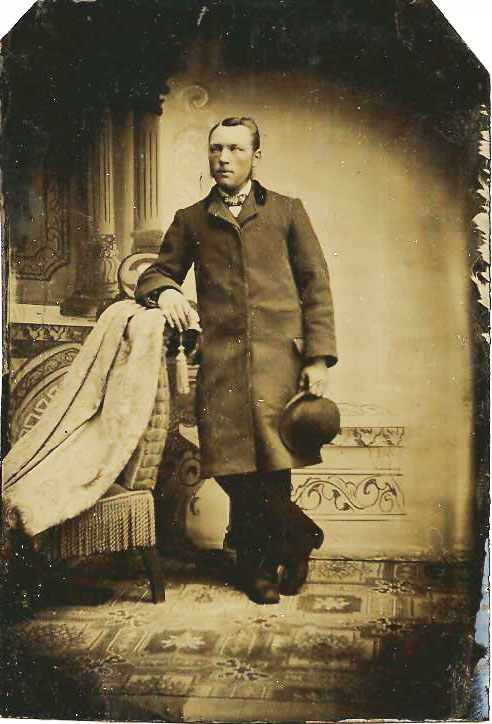 Every family has Family Folklore and with each generation it either gets embellished or lost. I have always been fascinated by my family’s stories. I assumed most of these stories were pure fiction. I’m finding they may be closer to fact than fiction. While digging through library files, census data and obituaries, we have also found a few surprises to add to the intrigue. The saying, “Fact is stranger than fiction” certainly applies.

I’m on a quest to document these tales. I have recruited my sister Mary and my cousin Brian on this endeavor. (They are not completely aware of the adventure they have embarked.) If you have some Family folklore you’d like to share, I invite you to leave me a comment, call, email or stop by my house. I would love to hear it.

We know for certain that Andrew Lewick was an original pioneer of Washtenaw County in Michigan in the 1840’s and was born in Germany. He married Cornelia Emerick and they had two children. Their younger child was named William Lewick, who was also Ruth Lewick Sodt’s father and my great-grandfather.

There is a tale that Andrew changed his sir name from Luick to Lewick so it would be more “English”.  We will never fully sort-out why, well unless time travel is invented then we may sort it out.

My cousin Brian maintains that Andrew Lewick is in fact Johann Andreas Luick. At this point I believe him. Andreas was born in Germany to David and Katherine Veck Luick. David and Katherine immigrated to the U.S. not long after Andrea’s birth and settled in Scio Township, Michigan around 1830. David and Katherine had twelve children: Andrew (Andreas), Dorothy, Eliza, Godfrey, David J., Katherine, Mary, Emanuel, Gottlob, Anna (and a child that was unnamed who died at birth).

Andrew’s brothers were leading businessmen in Ann Arbor and they appear to have disowned him. Gottlob Luick was Ann Arbor’s mayor 1899-1901 and donated the property to the city for the Farmers Market. I’ve heard the tale that Andrew lost this property to Gottlob in a poker game. Sigh… Sadly it may be true that someone did lose his inheritance in a poker game but I’m pretty certain it was William Lewick (Andrew’s son).  That is another story! 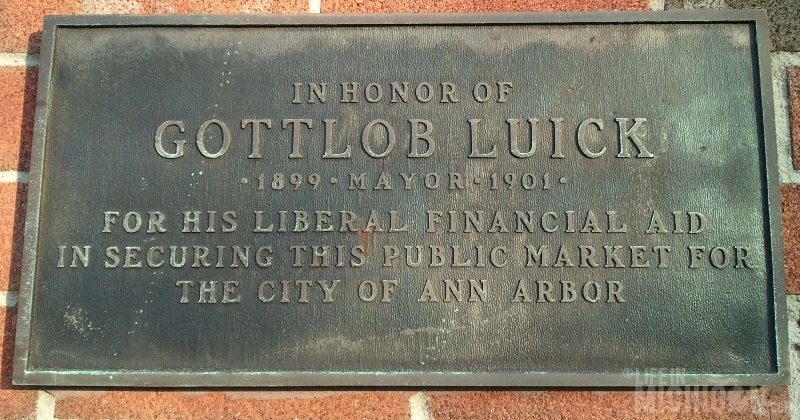 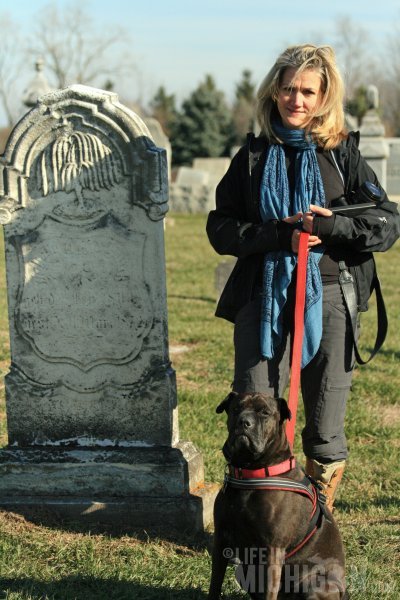 There is evidence that there were three Luicks who bought property in Lima Township between 1836 and 1838. I’m guessing all brothers.

I’m sure this G. Lewick fits in somehow, I’m just not sure how! 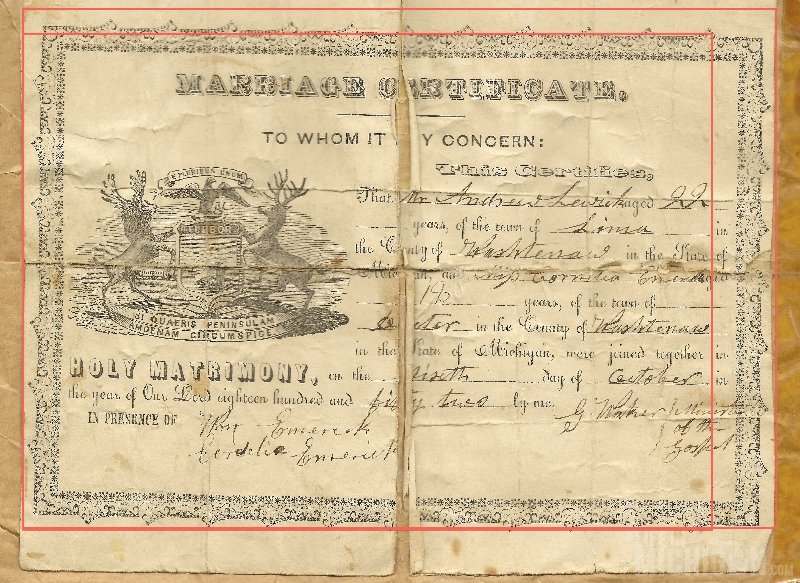 They were married in the presence of William and Cordelia Emerick, Corneila’s brother and sister. Why would Andrew ask his brother-in-law who lives in Wisconsin to travel to Dexter, Michigan to witness his wedding? Why didn’t he ask one of his brothers that were living down the road? Couldn’t one of them stand-up for him? (So many questions!)

I suspect that William Emerick’s motivation for attending the wedding was not to be best man, but to plant the seed for heading west. By 1858  both Andrew Lewick and William Emerick were on their way west in search of GOLD.

Andrew worked as a postmaster in Lima Township for a bit. There is evidence that Cornelia (Andrew’s wife) was a dressmaker and milliner.  Hopefully we can find a picture or documentation of a store in Lima Center.

Andrew and Cornelia had two children, a daughter Eliza and a son named William. Not long after their son William Gottlieb Lewick’s birth, Andrew left on a most excellent adventure. William was born in August 1858 and several months later, Andrew left by ship for the gold mines of California. He arrived in San Francisco, December 28, 1858.  Andrew had gold fever. 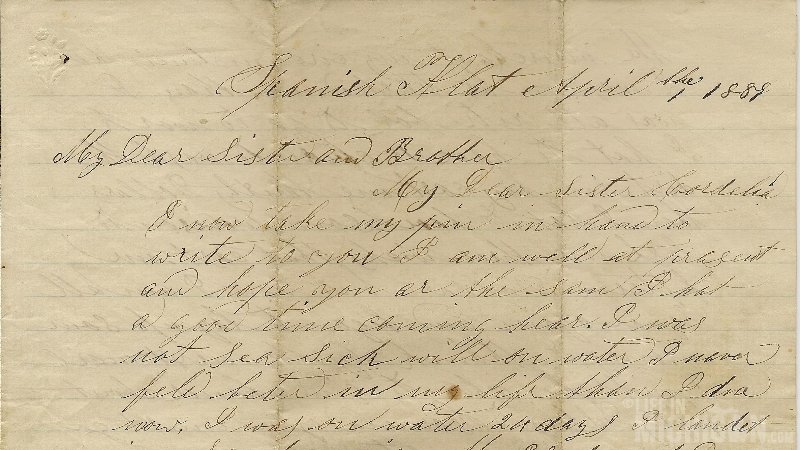 My dear sister Cordelia.  I now take my pen in hand to write to you.  I am well at present and hope you are the same.  I had a good time coming here.  I was not sea sick while on water.  I never felt better in my life than I do now.  I was on water 29 days.  I landed in San Francisco the 28th day of December and started from there to Eldorado County.

I thought by the next mail I will be able to have about fifty dollars for Cornelia.  You must go and see her as often as you can…this must be hard on her…If I had Corneila here I would never go back to the States again. If you hear from Martha Dudley tell her to write to me.

Good grief!  Why does he want Martha Dudley (Corneila’s sister!) to write to him. Isn’t he curious about his children. I suspect he was in correspondence with his brother-in-law, William Emerick, his wife’s brother and the best man at his wedding. William Emerick also had gold fever and headed west. We know very little about him but we did find this trinket….

Obituary from the Dilllon Tribune January 8, 1904 for William Emerick

W. G. Emerick Dead
Another Beaverhead Pioneer Passes to the Great Beyond
Goes to the Pump to Get Water and Expires Almost Instantly — Funeral Largely Attended by Residents of the Valley — Remains Buried in Poindexter Cemetery.
George Emerick was born in 1827 in New York. He moved to Walworth County, Wisconsin in 1844, and thence to Denver in 1860. In 1862 he headed for Beaverhead County, hearing there was gold in Gold Creek. He was in Bannack by 1862, and then Alder Gulch in 1864, still chasing the gold. In 1865 he settled permanently in the Beaverhead Valley.
He died in 1904, leaving a wife and two sons.

It looks like you can interchange the last name of Lewick with Luick.

The 1860 Census for Michigan’s Lima Township creates much intrigue and confusion.

The census lists an Andrew Luick age 42. Did this mystery fellow really exist ? or was Cornelia lying? Andrew, her husband, had already set sail for California in 1858. The census also lists Cornelia age 26, her daughter Eliza age 7 and her son William (Ruth’s father) age 21 months.

California Census August 1860: Kelsey Township in the County of ElDorado, State of Cal 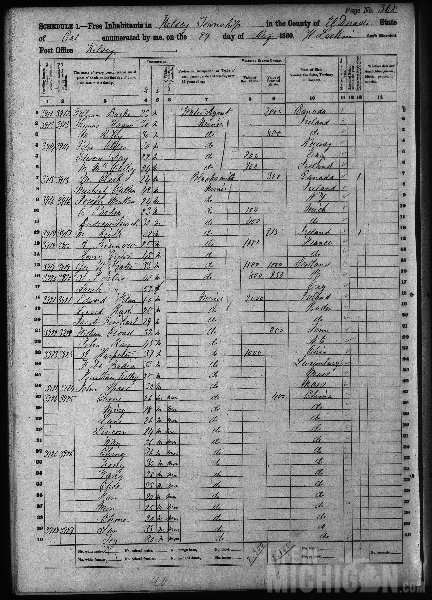 So is your head spinning?

Andrew had a second wife in California and a few more kids. (I think is also called bigamy.)  This is from the 1880 Census taken in Sacramento California.

It lists Andrew Lewick, male age 50 from Michigan but born in Germany had a wife Catherine age 35. She was born in Ireland and they have three kids: Andrew, Fred and George.

Age 52 years and coroner listed the cause of death as suicide.