From Blue To Gray unleash their new album Abstention of Interference at the Loft in Lansing. 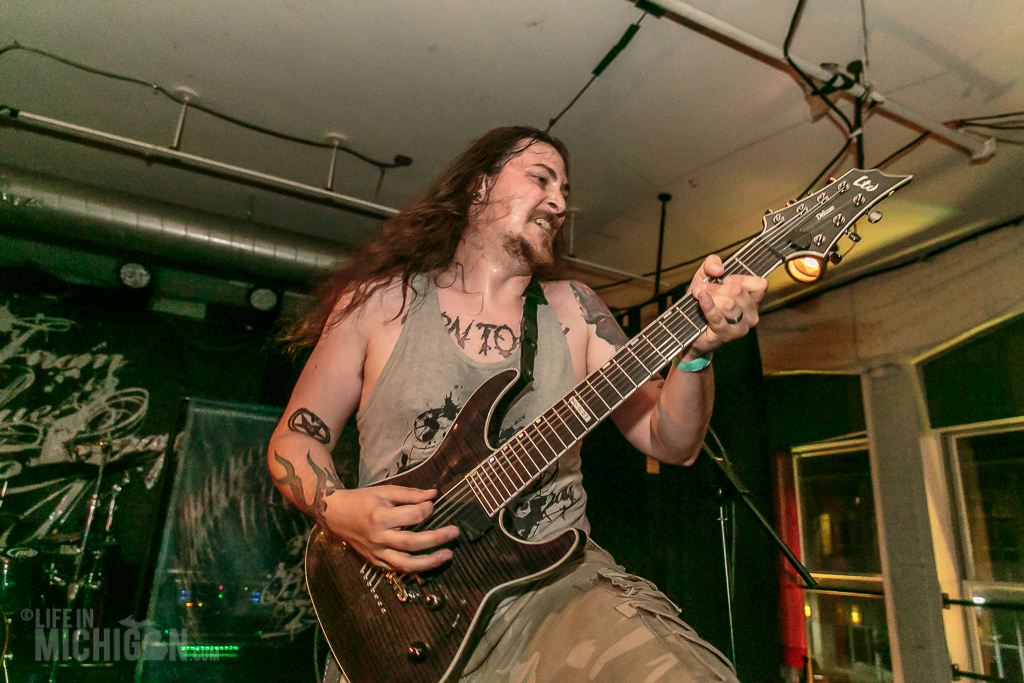 I’ve been a huge fan of Mount Pleasant’s From Blue To Gray since I saw them at Get Into The Pit back in 2014. Since then, the band has continued to shine and grow musically. When I heard that they would be hosting the release of Abstention of Interference (on the Luxor label) at The Loft in Lansing, Michigan, I was there. Opening the show from Mount Pleasant, Michigan was Nagazi. This five-piece band made immediately grabbed my attention with a blend of thrash and speed metal. There was a familiar ring to their music in the hard-hitting riffs, but it was original as well. I was reminded of early Anthrax, Pantera, and a bit of Lamb of God. They did a great job of moving around the stage and getting the attention of the audience. Stop by the gallery for more pictures. 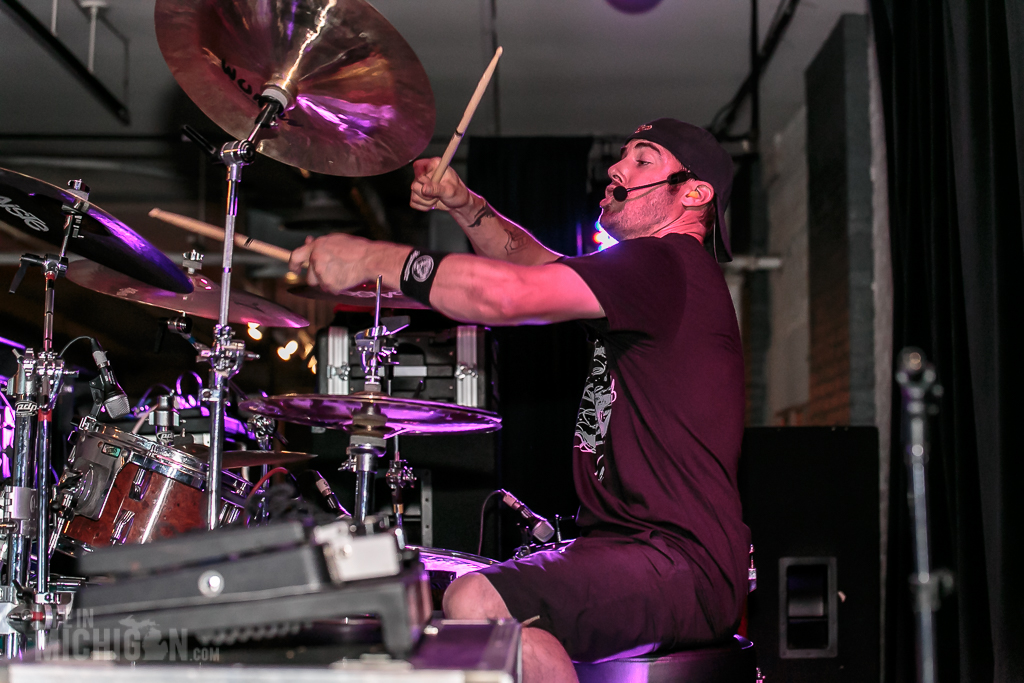 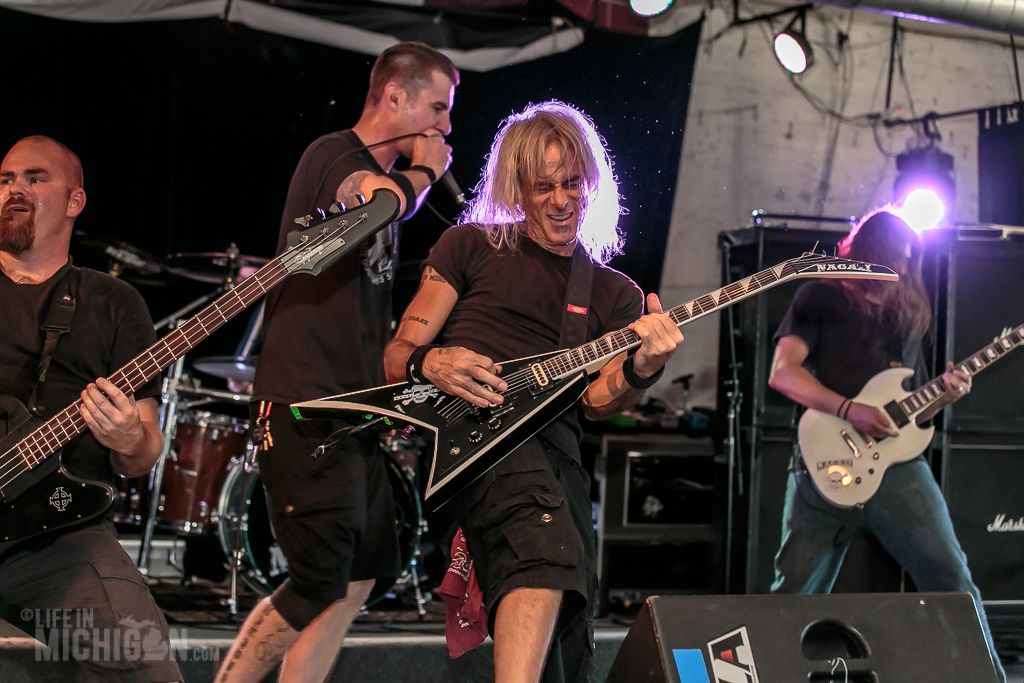 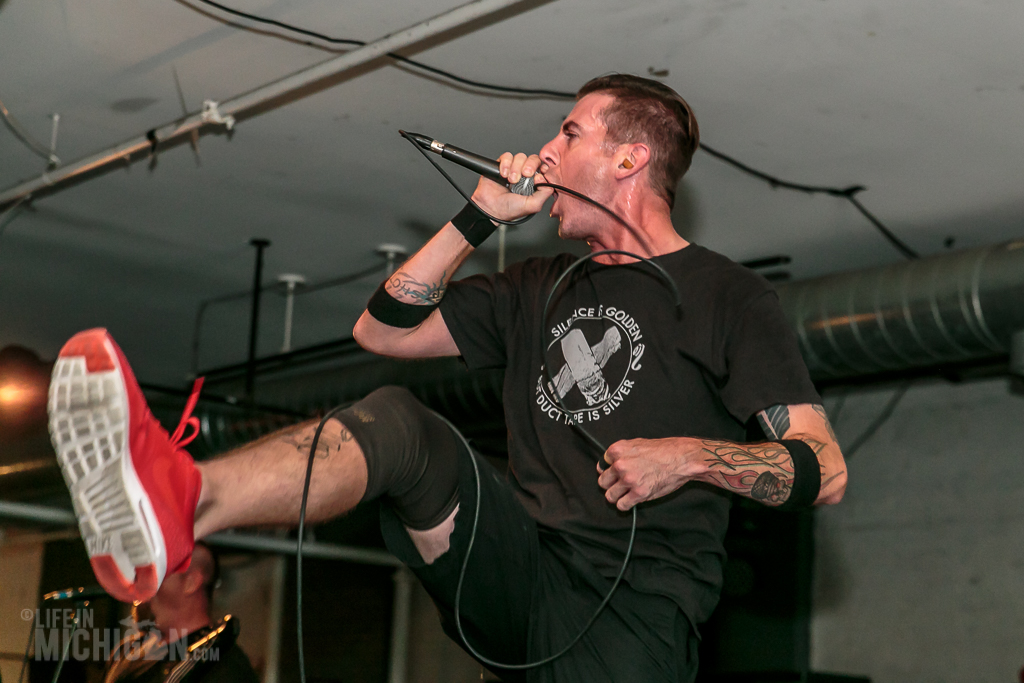 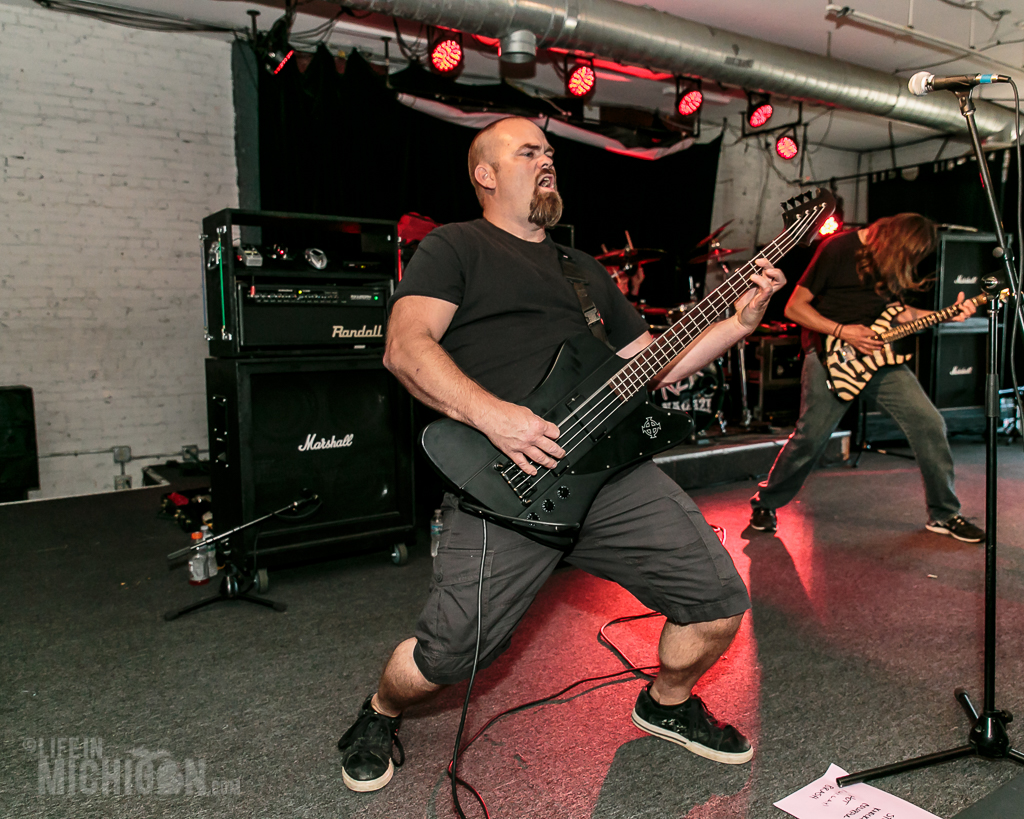 Some People’s Kids changed things up with a dose of pop-laden punk. If you think of the sounds of Blink-182 or Sum 41, you would be in the general neighborhood of this band’s sound. They played to the crowd and great reception from a contingent of fans that came out to support them. Head over to the gallery for more pictures. 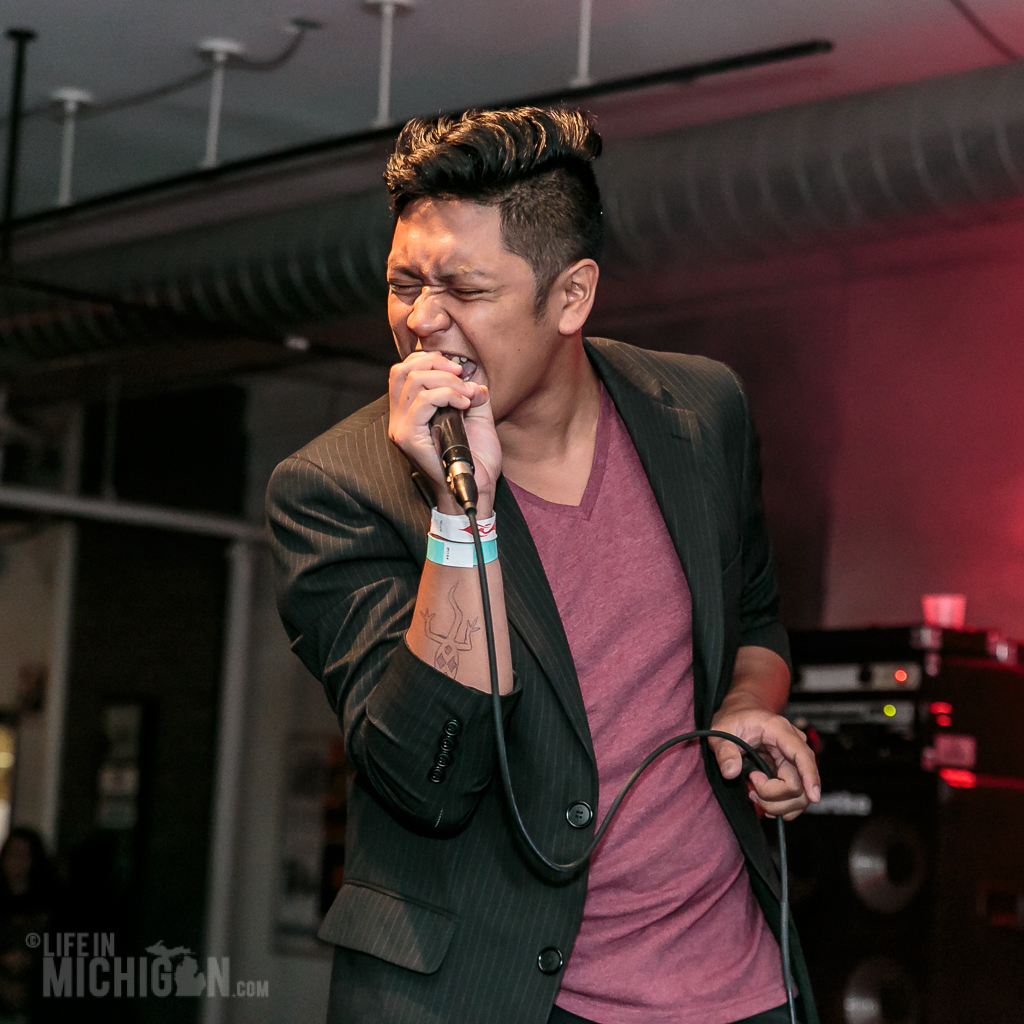 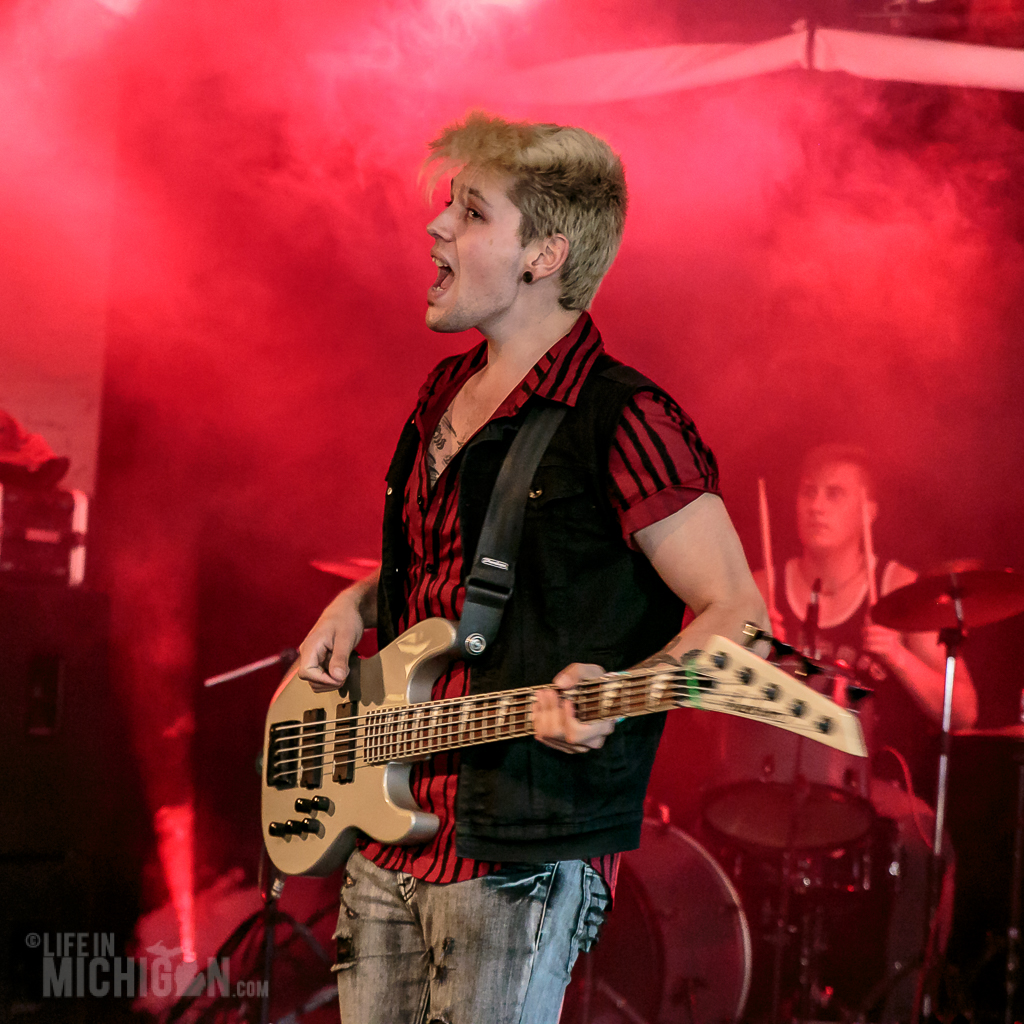 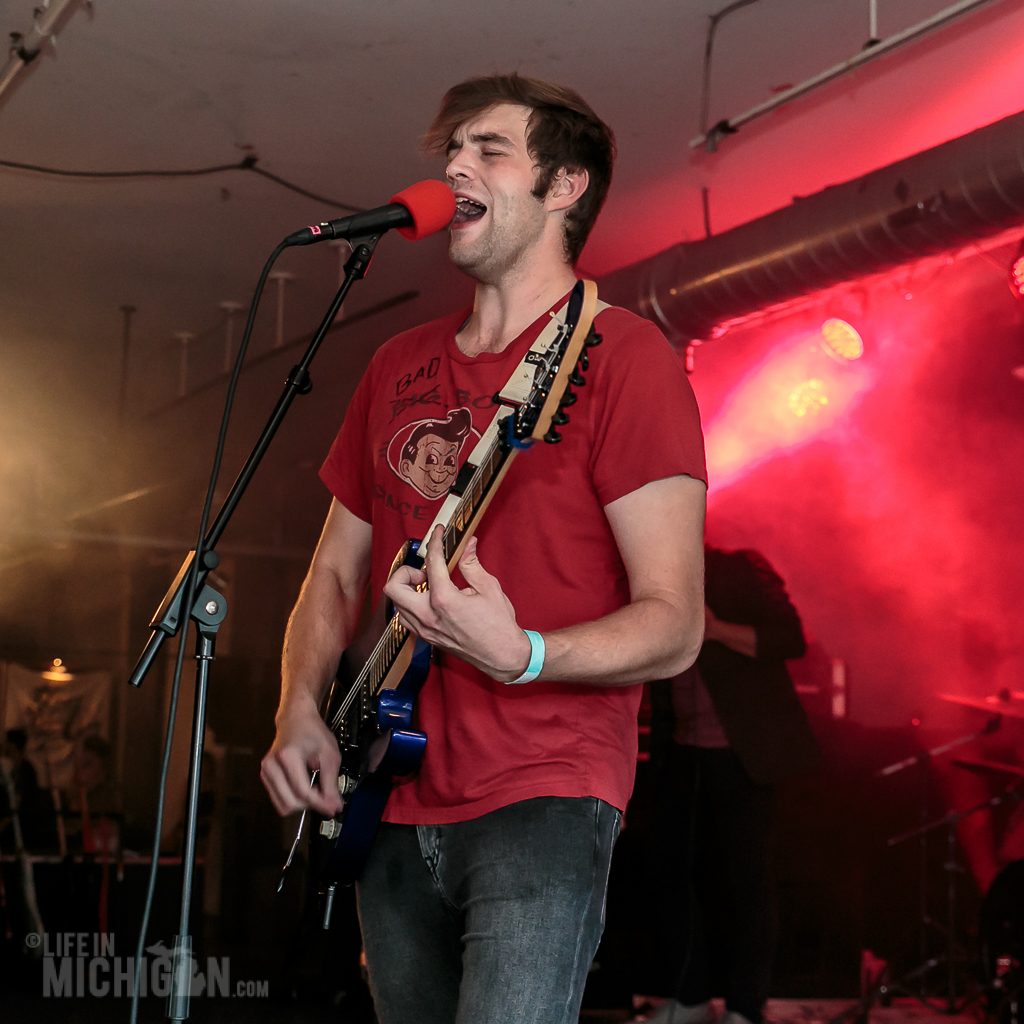 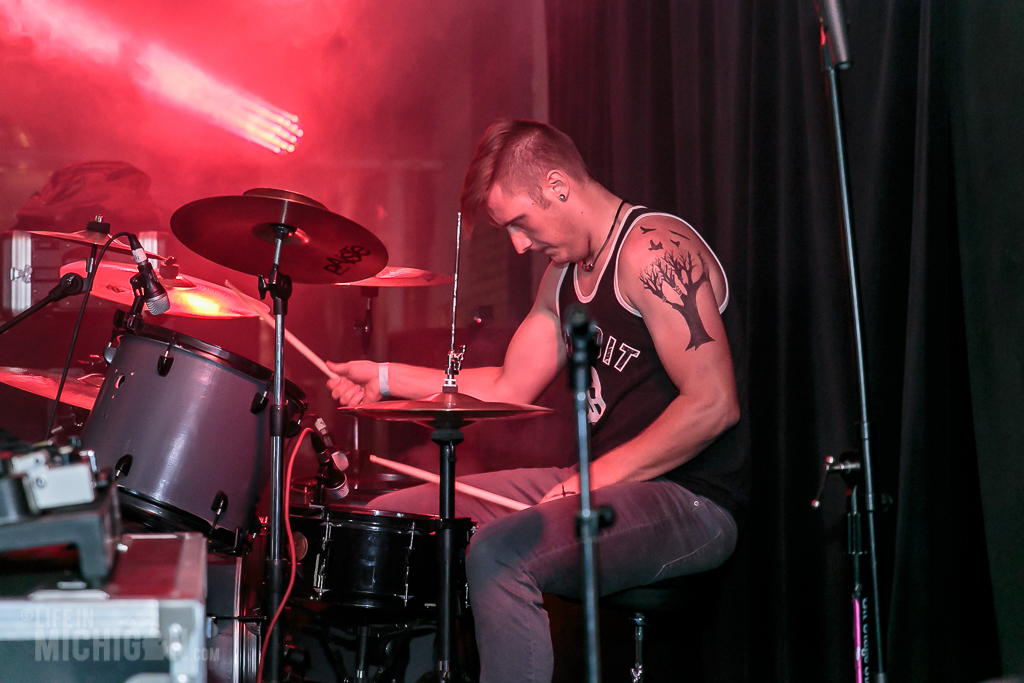 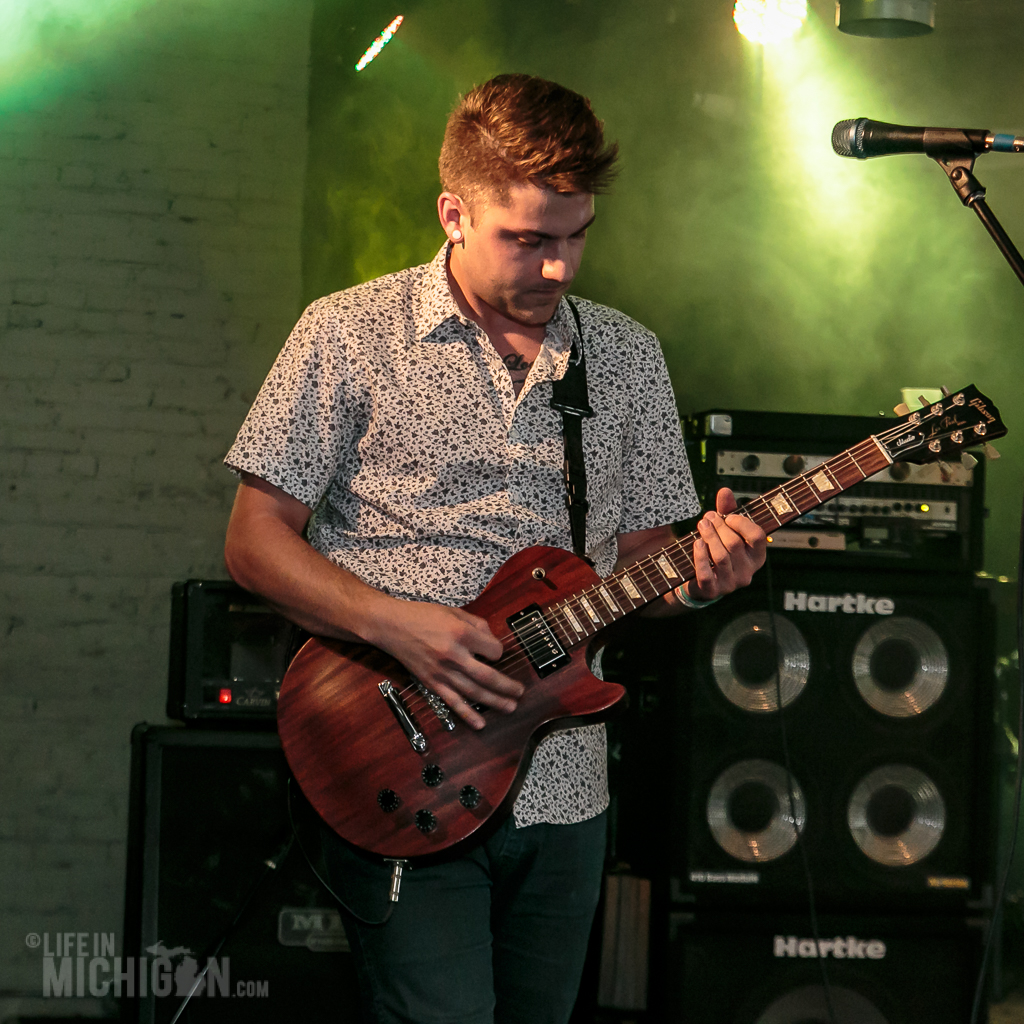 The Speedgod farewell show introduced me to the addictive sounds of the Jonestown Crows. The band coined the phrase Doomgrass to describe their unique blend of bluegrass, which has a strangely uplifting quality even though the lyrical content is darkly humorous. You may think that a bluegrass-fueled band wouldn’t work at a metal show, but you would be sadly mistaken. Bluegrass has the speed and power of metal and the Jonestown Crows use this to great effect. The crowd at the Loft ate up their performance. I mean what is not to love with songs like “666 Pack of Beer”. Drop by the gallery for more pictures. 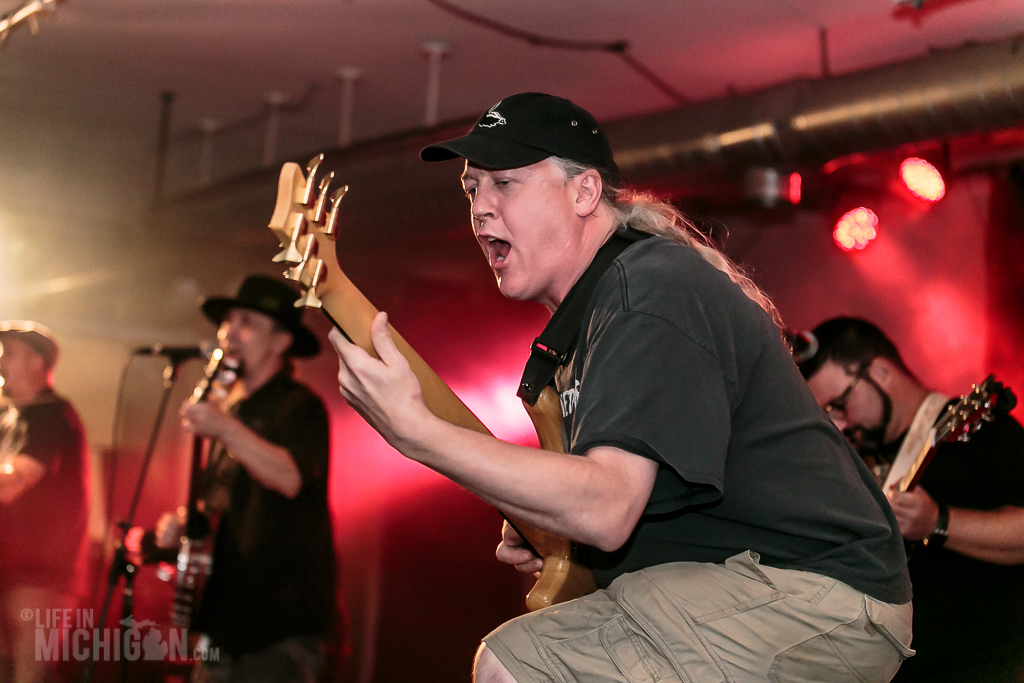 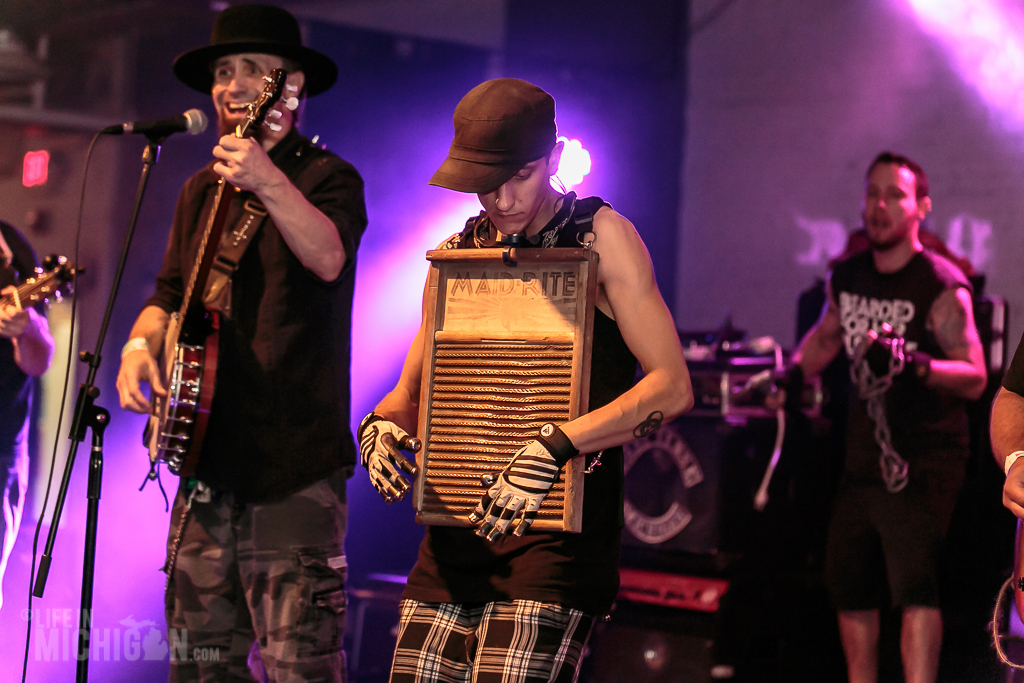 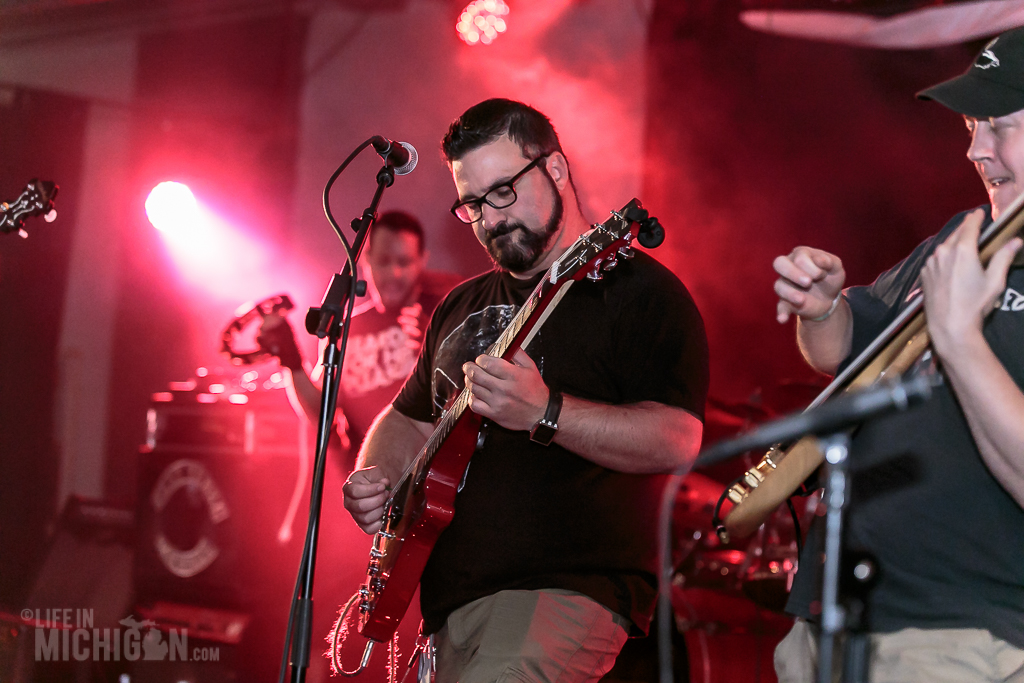 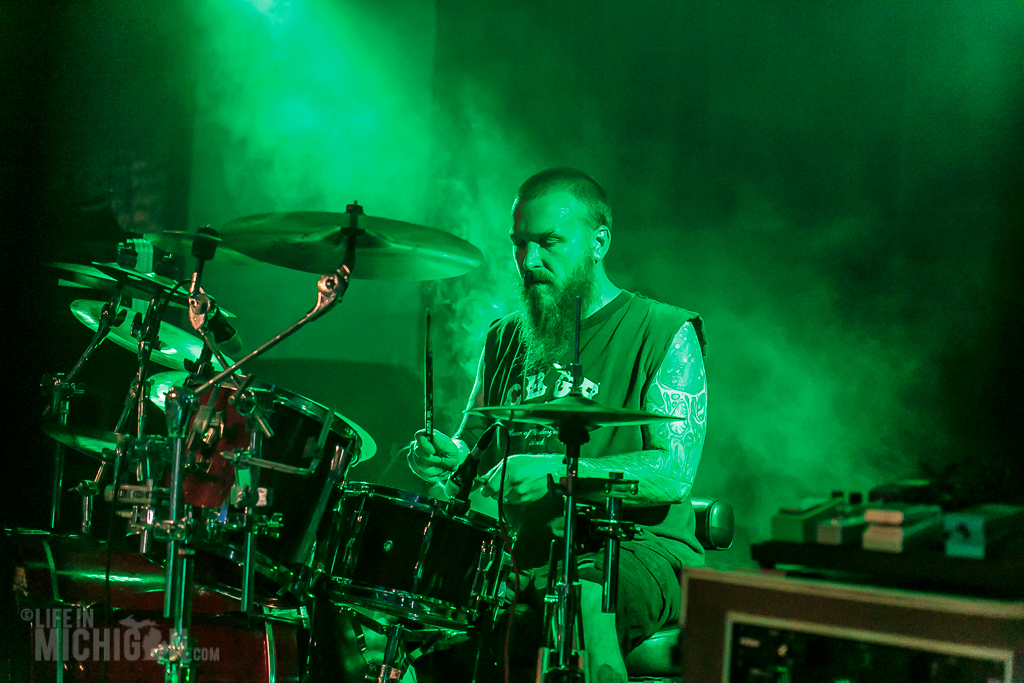 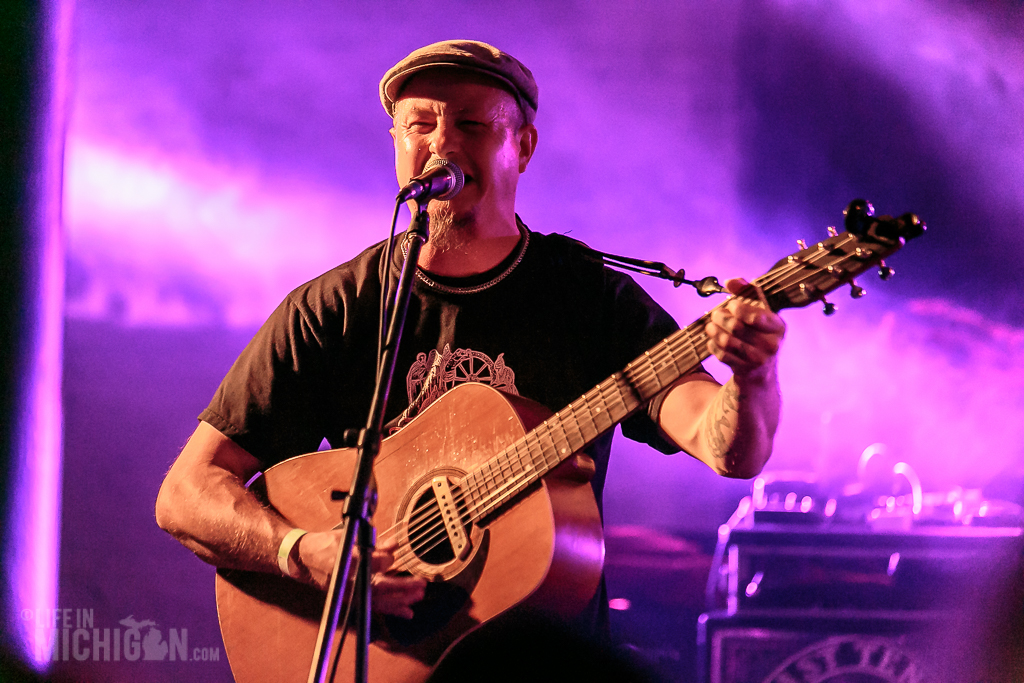 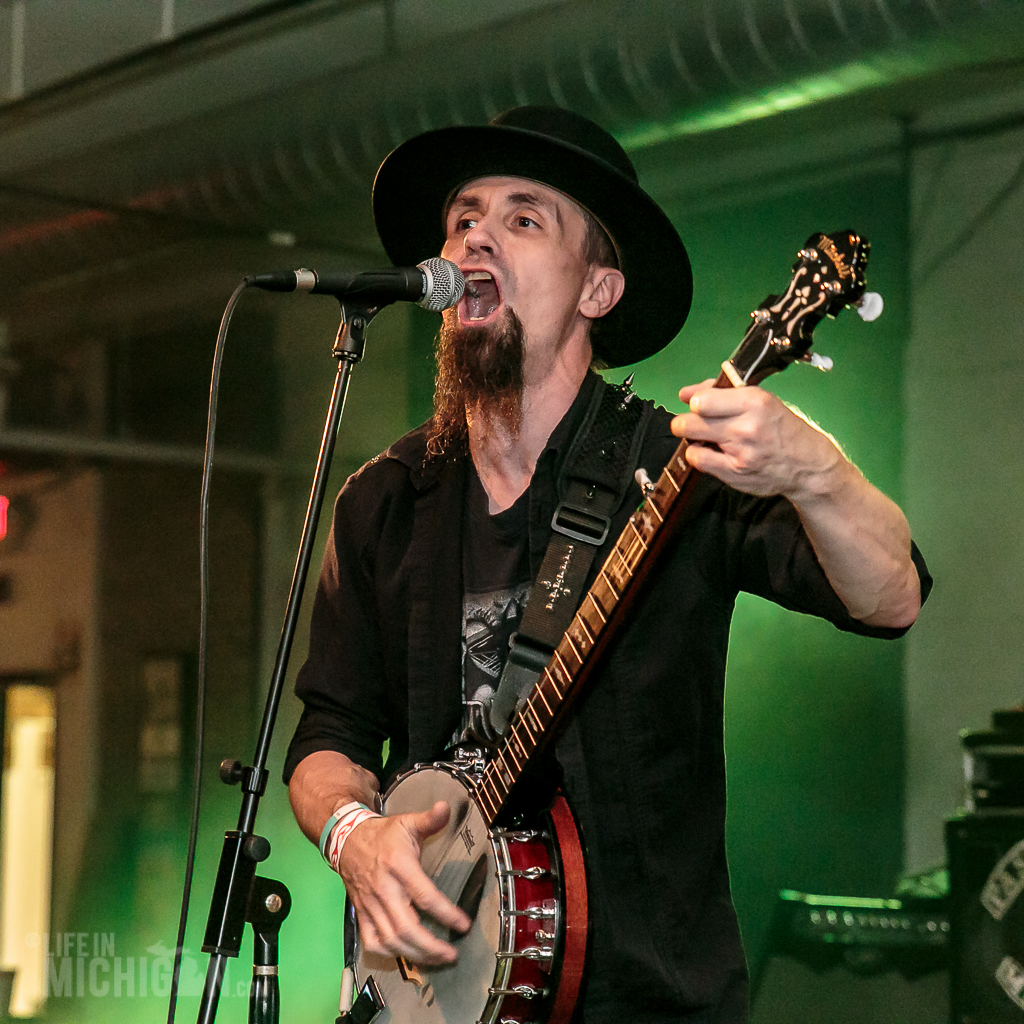 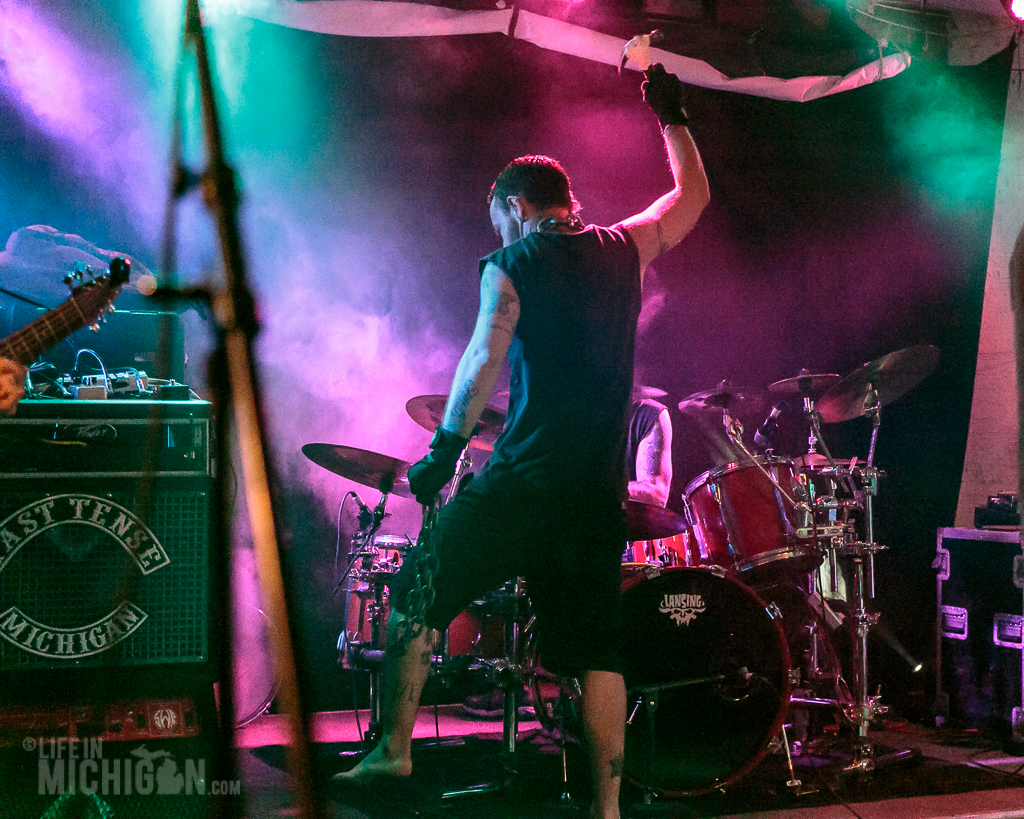 The guys in Past Tense are hardcore metalheads. You know this as soon as they start to tear into their crushing set of metal music. They evoke comparisons to the legendary Hirax, Nevermore and Metal Church. With blazing twin guitars, powerful and concussive rhythms, and searing vocals that reach for the sky, this band churns out a tsumani of metal. There performance met with loud and enthusiastic cheers from the impressive crowd they drew to the show. Be sure to catch the metal juggernaut when they invade your town. Check out the gallery for more pictures. 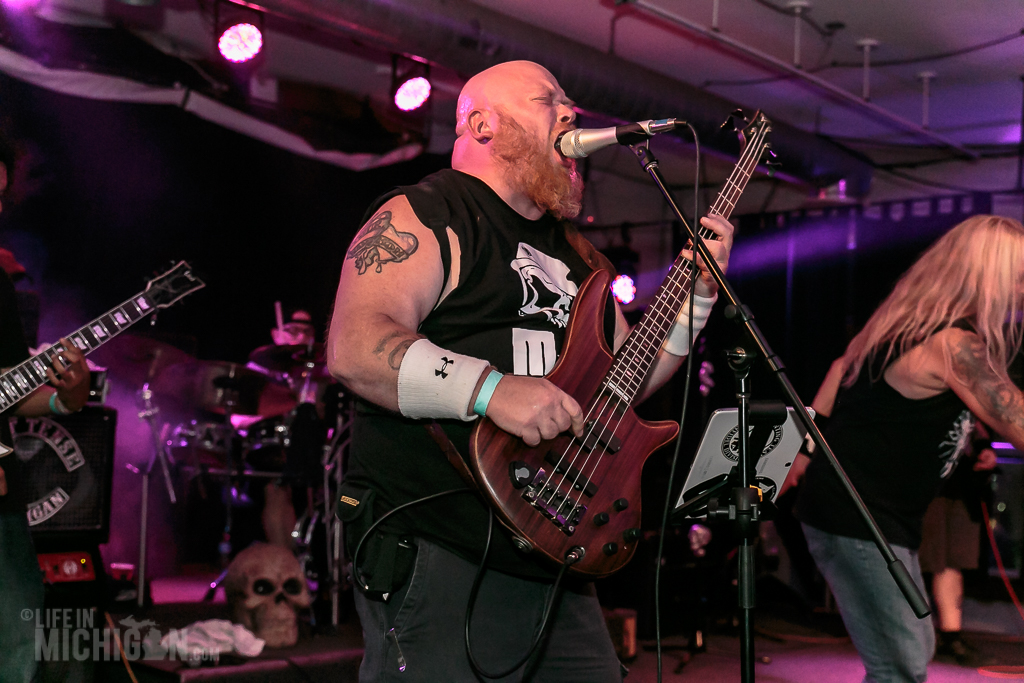 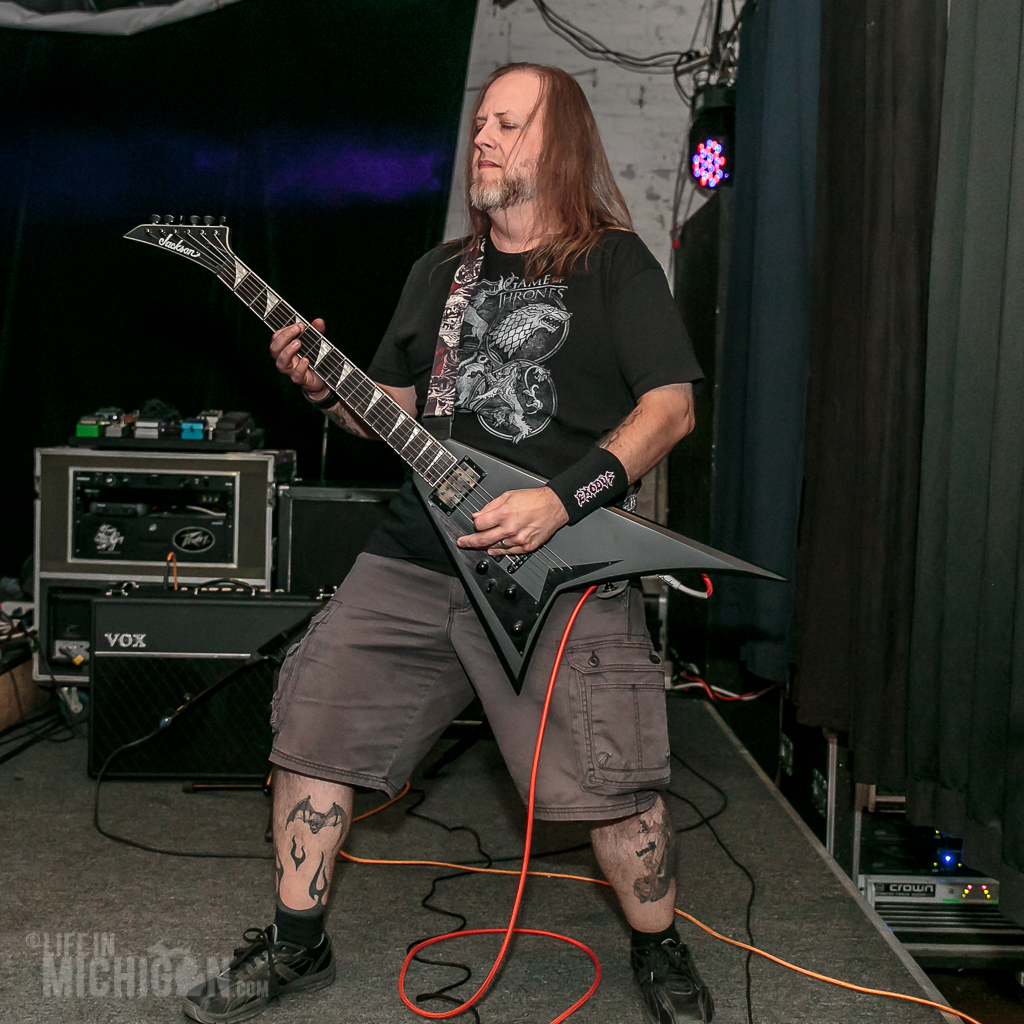 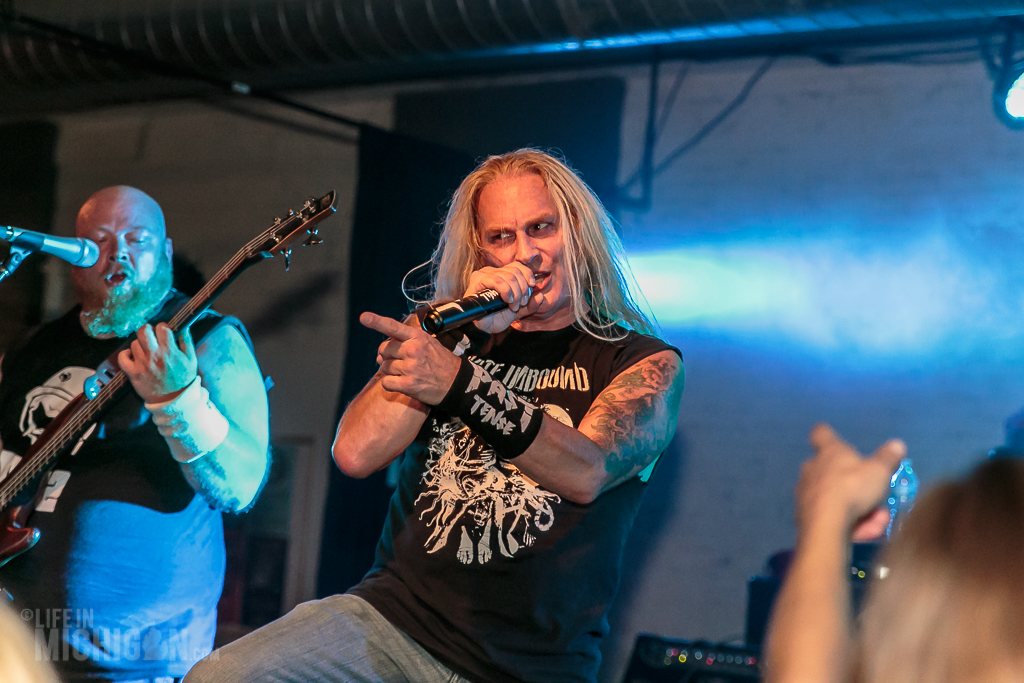 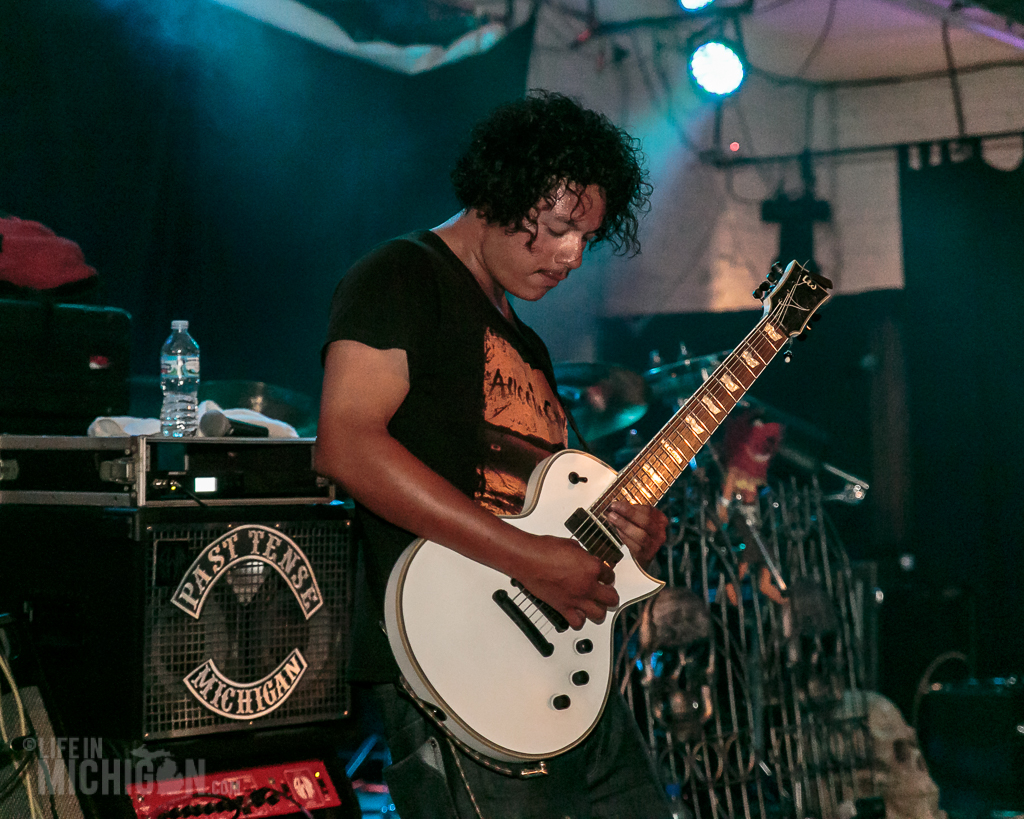 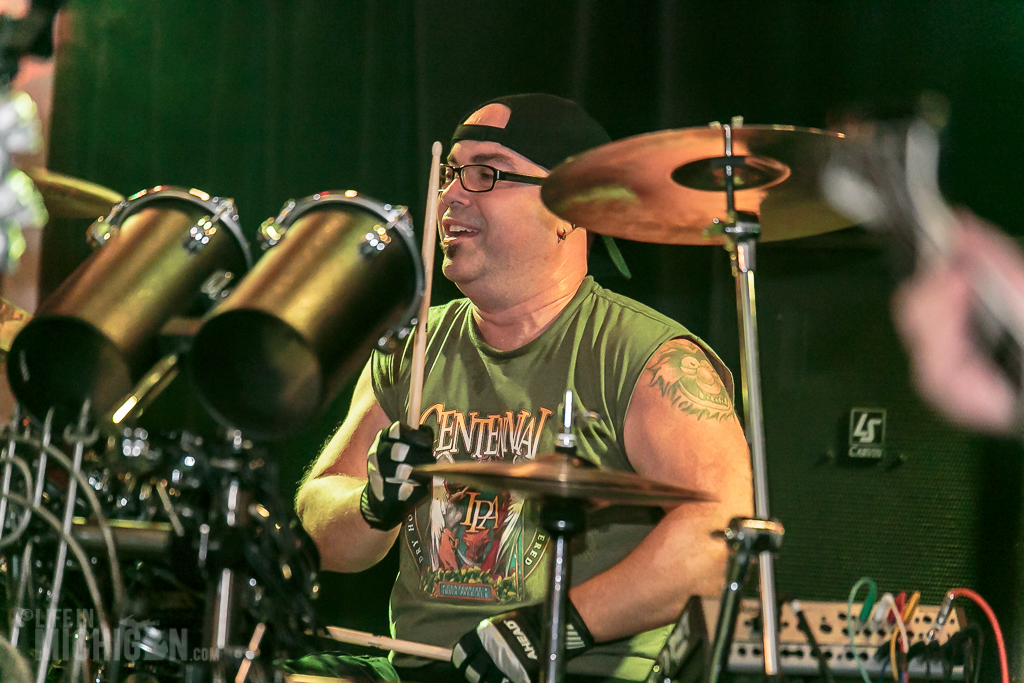 As a special treat, From Blue To Gray announced that they would play the new album Abstention of Interference from beginning to end. Having heard the album streamed the week before, I knew this was going to be good. I had no idea how spectacular these sounds would sound live. “Slave Grinder” got the moshing started early with blunt force riffs and the roar of Dale Fewless. The textures within this new album were first displayed with “Vulgarity in Silence”. The subtle guitar tones and restrained drums demonstrated the musical talent and skillful songwriting of the band. 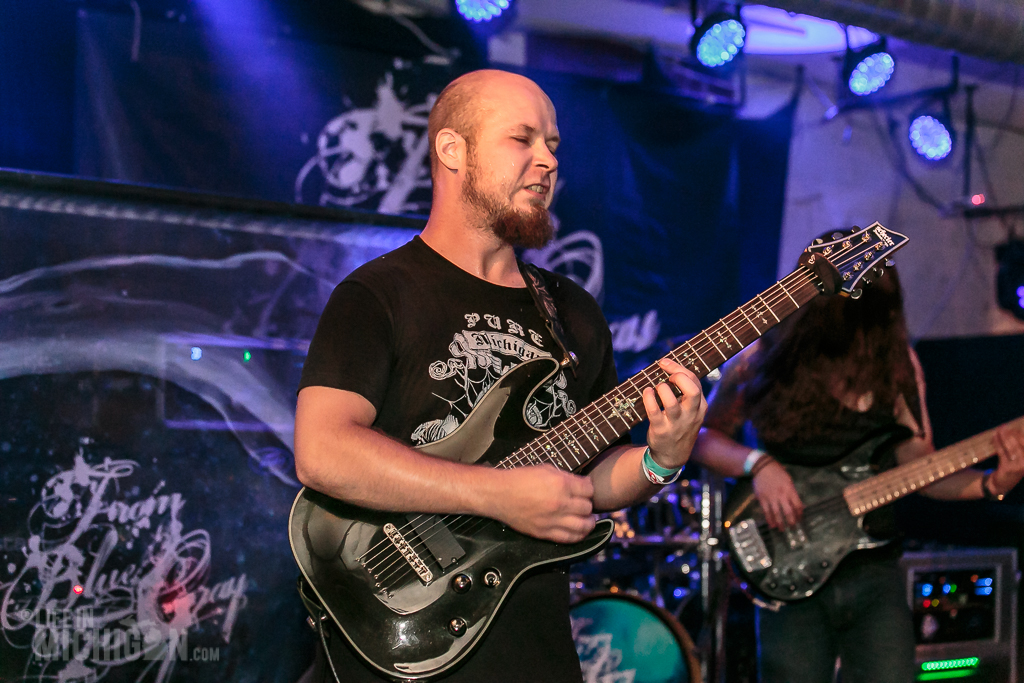 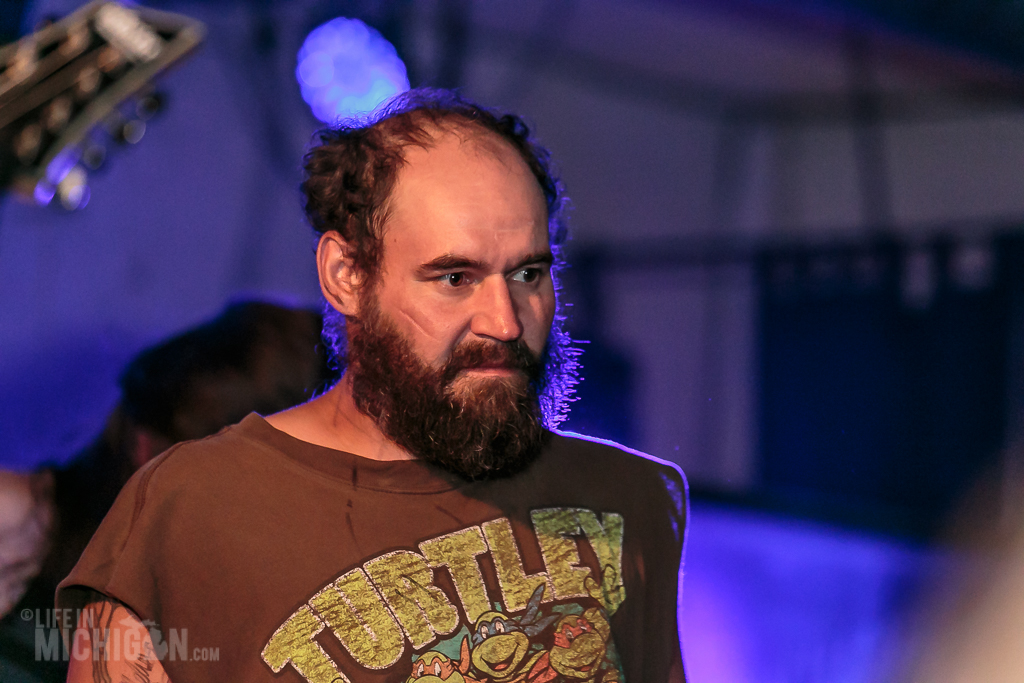 The riveting guitar work of Dave Jaber and Tim Drexler came alive on “Forceful Stare” and “Fractured Reality: Obscurity”. They made the challenging riffs and syncopated rhythms seem ridiculously easy to play. Drummer Dan Graham could bore a hole in the wall with his forceful stare as he deftly moved around his drum kit. His technical chops and impeccable timing kept the band humming throughout their performance. 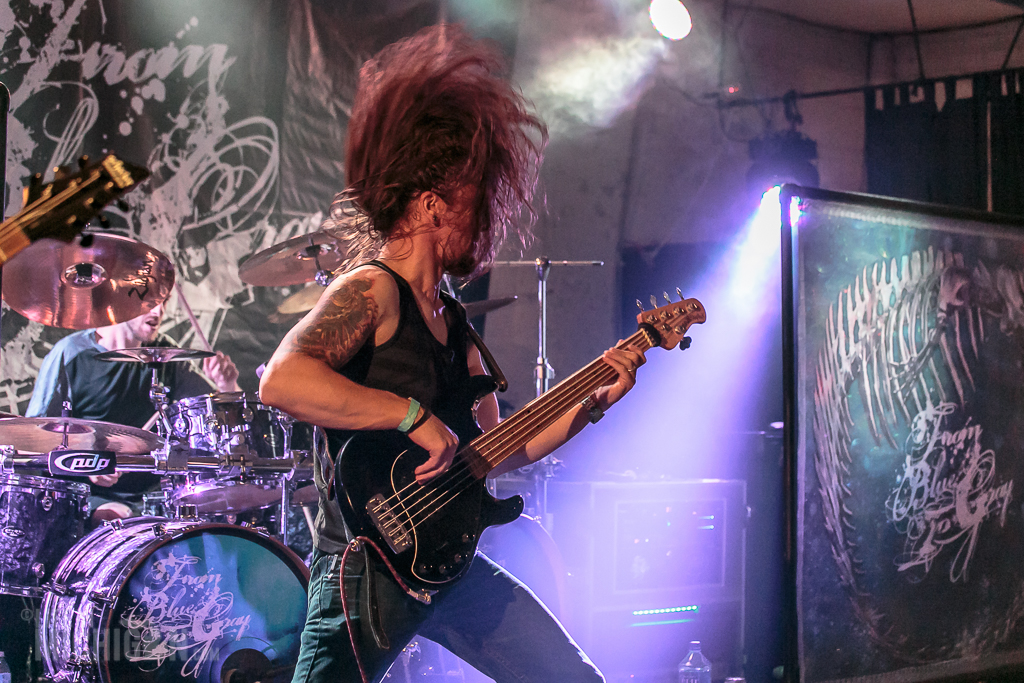 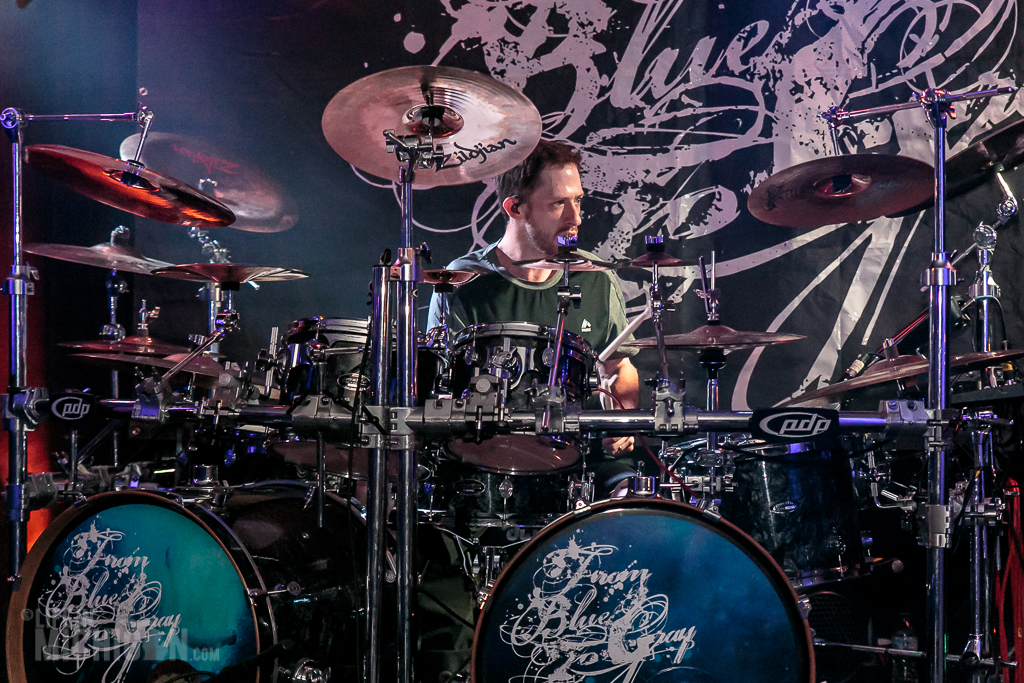 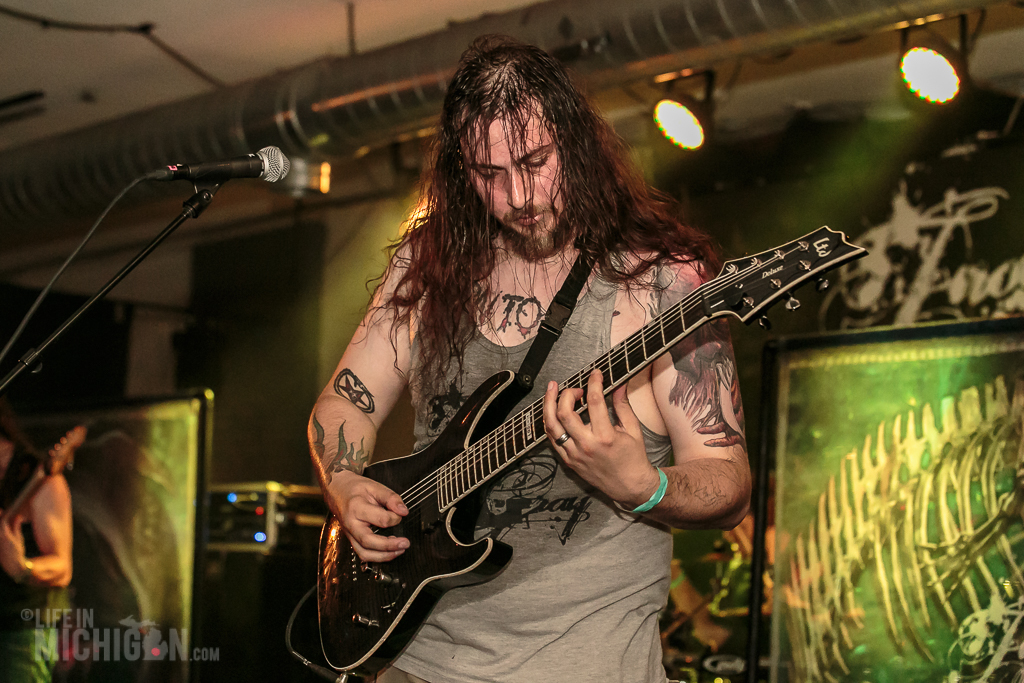 “Ataraxia” allowed some space for the magnificent playing of bassist Jordan Myers. Beautiful arpeggios build into a dazzling instrumental with the full band getting into the mix. “Buried In Sand” got the mosh pit running to the sounds of squealing guitars and battering rhythms. From Blue to Gray tried to close things out with the epic “A Reason to Resonate” but the crowd would have none of that and pulled the guys back to the stage for one more tune. They bashed out “Bath Salts” to cap off a night of raging metal music. There are more pictures of From Blue To Gray in the gallery. 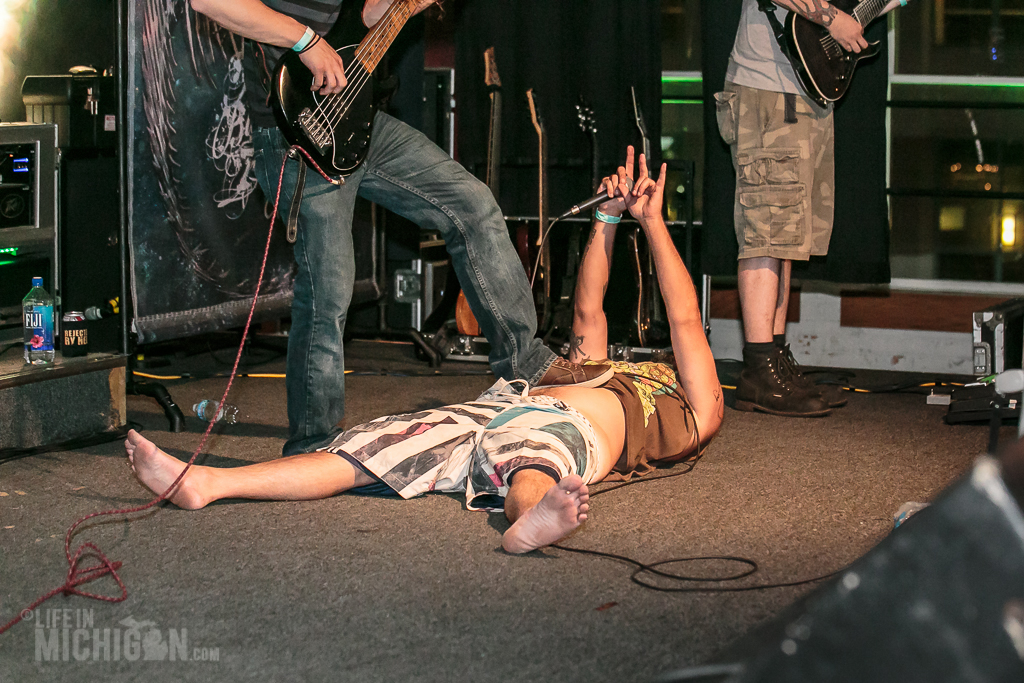 If you enjoyed our coverage of the From Blue To Gray at the Loft in Lansing, then please share it on your favorite social media venue or send it as a link to your friends and family. If you’ve got a story to share or just want to say hi, please leave a comment.