Time To Get Fuzzed! 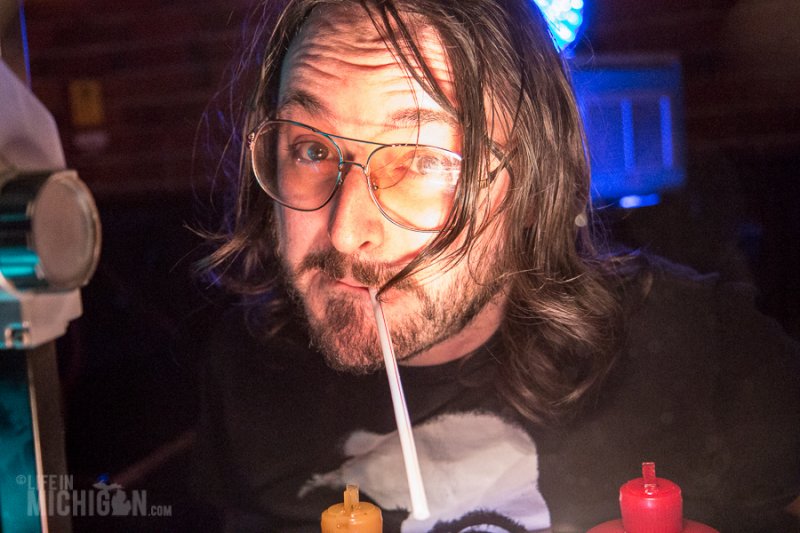 We got to Woodruff’s as soon as doors opened and started out the evening with ‘Wiccans’.  Set to a campfire of candles, a backdrop bathed in red, acoustic guitar, flute, and a tabla drum (at least I think it was a table), the Wiccans whisked us into an incantation set to music.  Gods of all kinds were invited to this worship of the musical passion. 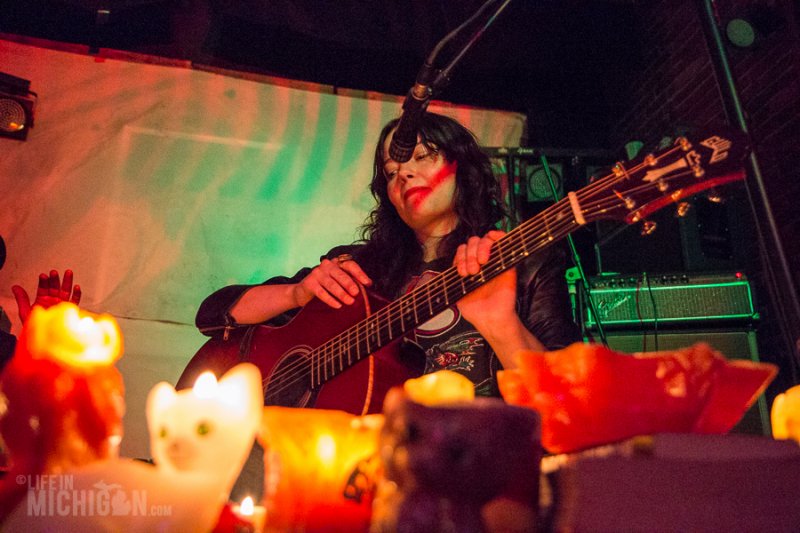 ‘Wizard Union’ broke the spell cast upon us with a slug of distortion.  Their style reminded me of the bands Trouble and Fu Manchu.  Imagine a mile wide distortion field of sound wreathed in the burning embers of time and you’ll get the idea. 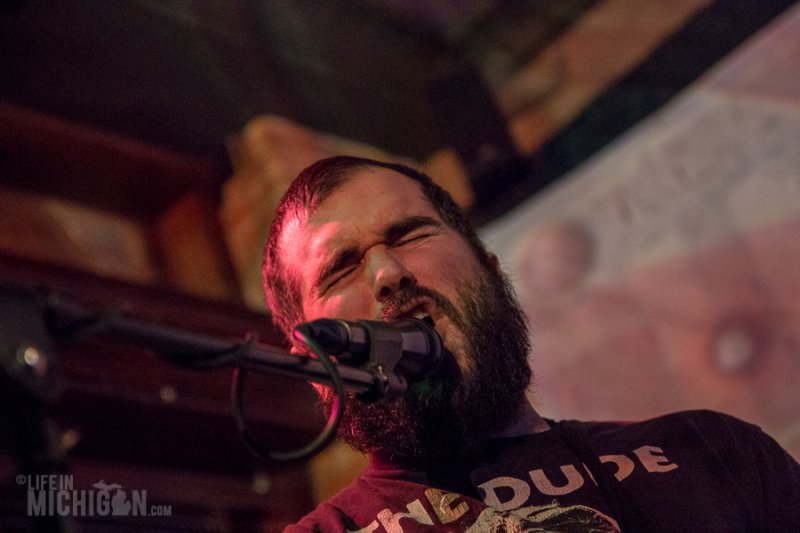 ‘HISS’ ambled over to the main stage and brought the growing crowd into river of divergent textures.  The songs felt like a painting where dabbles of colors are spread over the canvas. 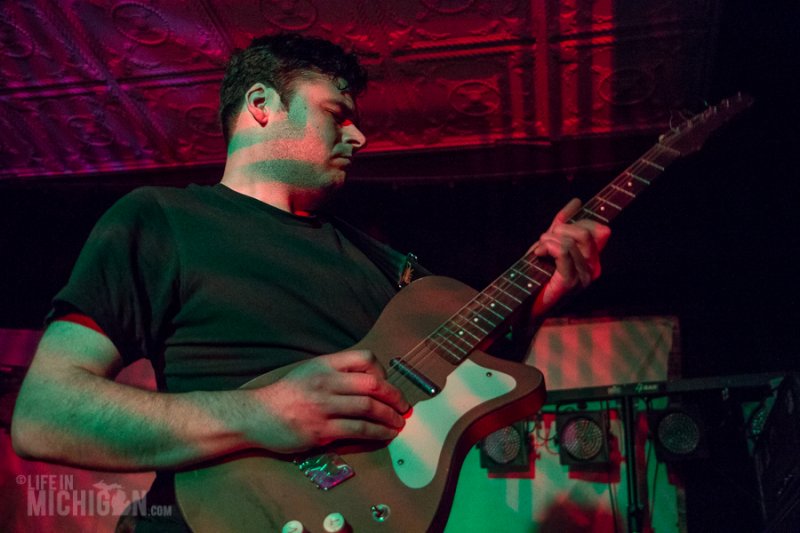 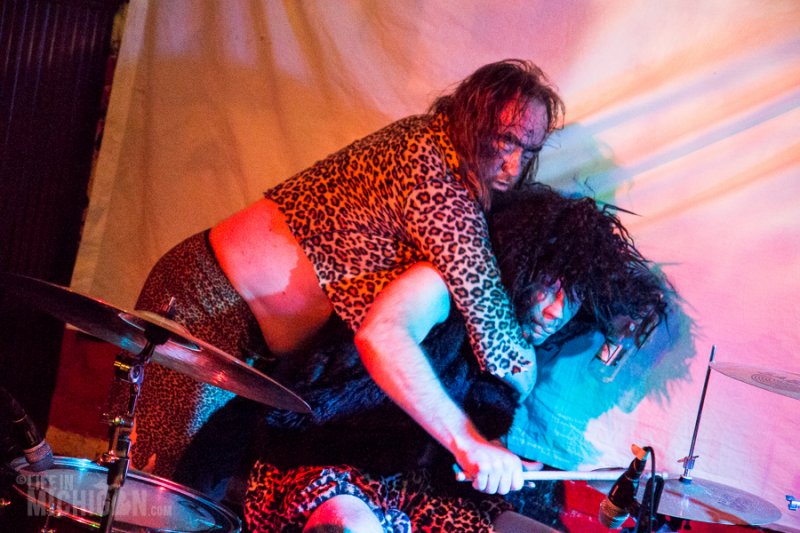 With barely a pause, ‘Van Houten’ started up on the main stage.  I’m not sure if their name was inspired at all by famous Manson girl, Leslie Van Houten.   In any case, they rocked a fun and upbeat set which is always a good thing! 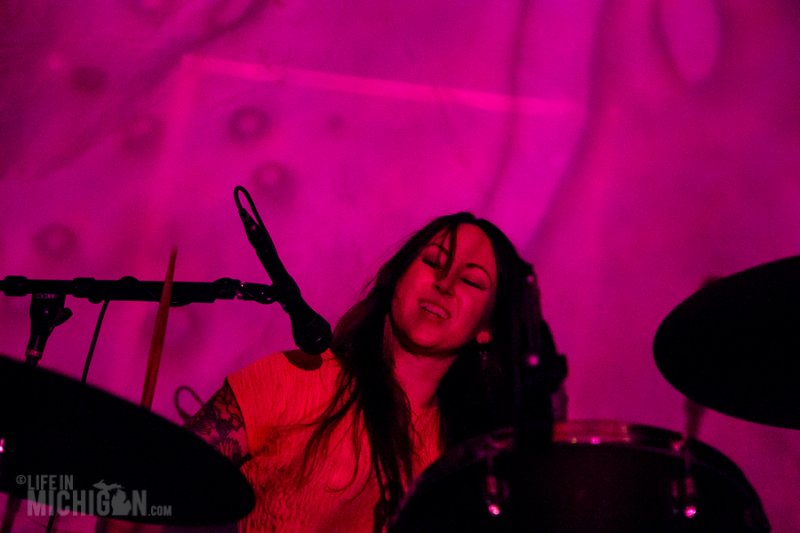 I had to smile when I saw ‘Scissor Now!’ with their awesome Star Trek uniforms.  Then I heard them and I thought I’d lost my mind.   It was a psychotic jazzy fix of bass, drum, and sax.  That’s right SAX!  Or should I say it was kombucha sexual?  Lets just leave it at fun! 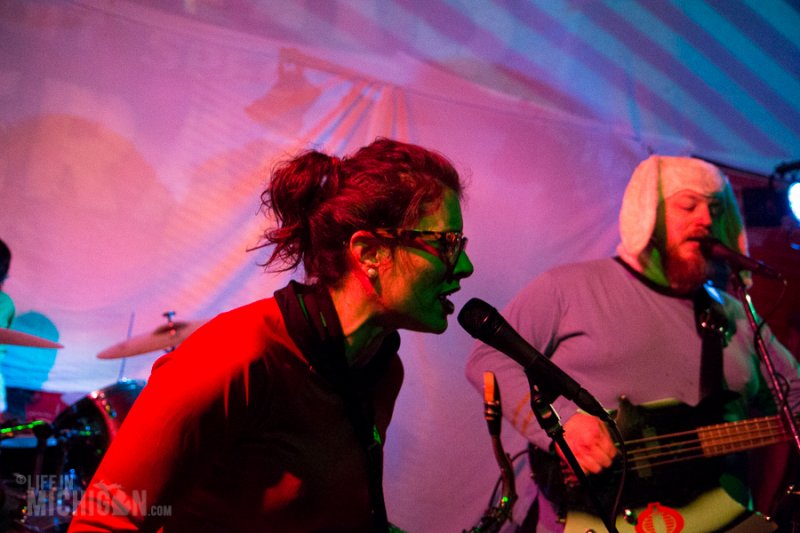 ‘The Boss Mustangs’ ROCK!  That’s right damn it, I said ROCK! They crashed the FuzzFest party with a trailer full of grooves and lots of thrashing on stage!  I could hear the old school sounds of Blue Cheer, The Stooges,  and the MC5 as they put the show into overdrive.  Balls out fun! 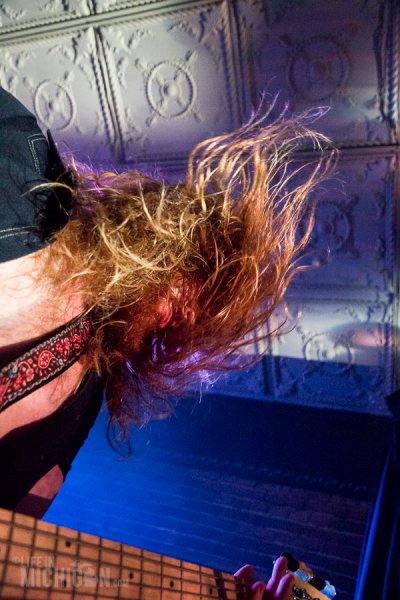 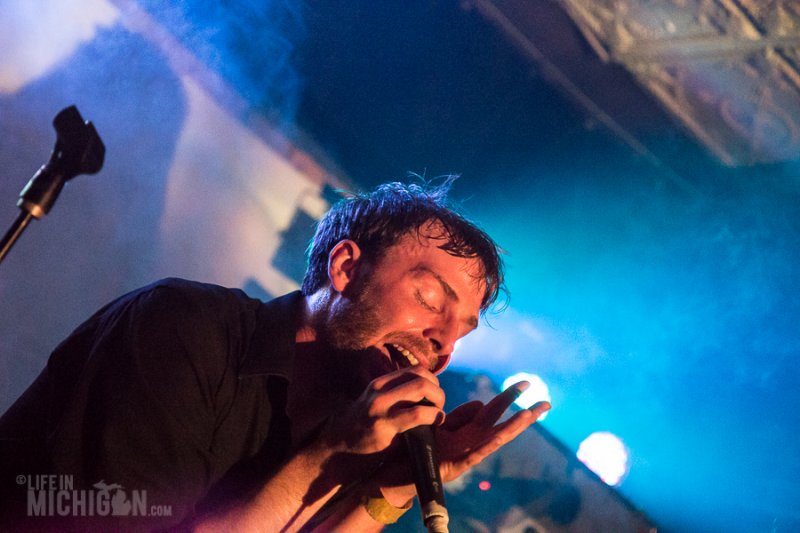 More psychedelic revelations swam through Woodruff’s as ‘Chit Chat’ got started.  I definitely felt like I was tripping as the band wove a cosmic cocktail steeped in fuzzy moaning guitars and super reverb vocals. 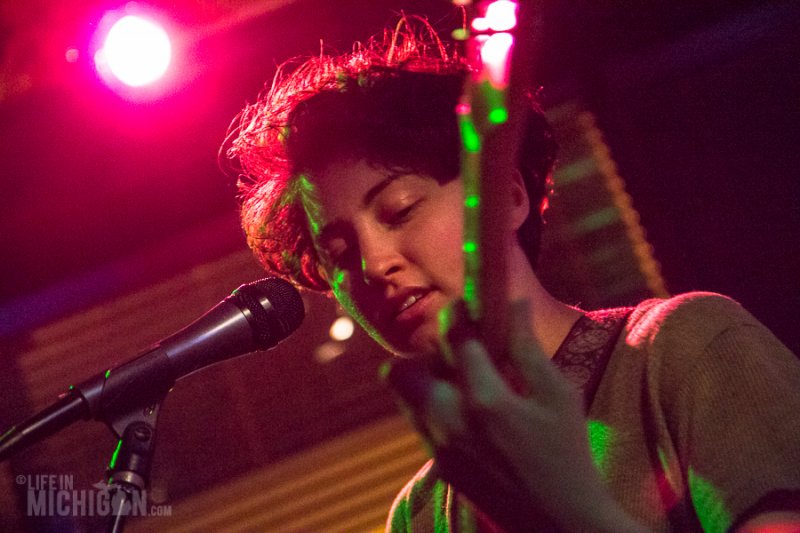 Now it was time to get sticky with ‘Blue Snaggletooth’.  These guys poured a heaping mug of riff rolling magic.  With this dense stew of rock, I found elements of Clutch, Kyuss, and Sabbath.  These guys jam and like the Boss Mustangs, they ROCK!  They put on a great show and play with maximum intensity. 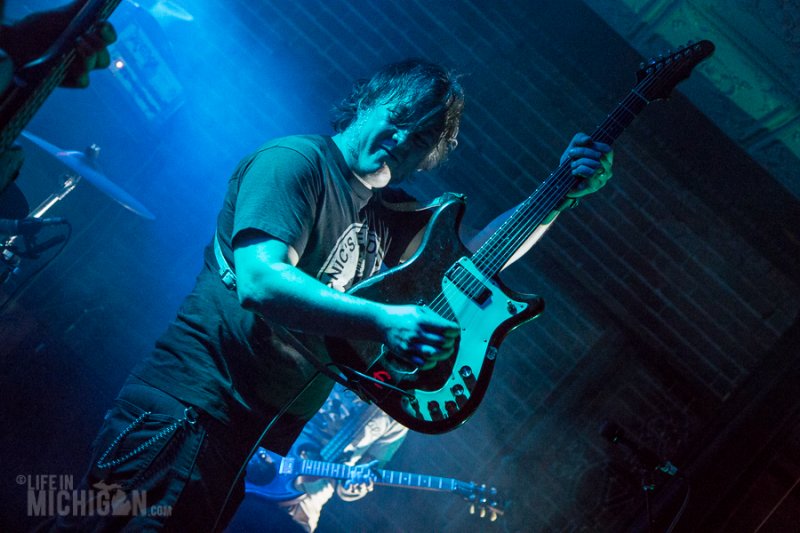 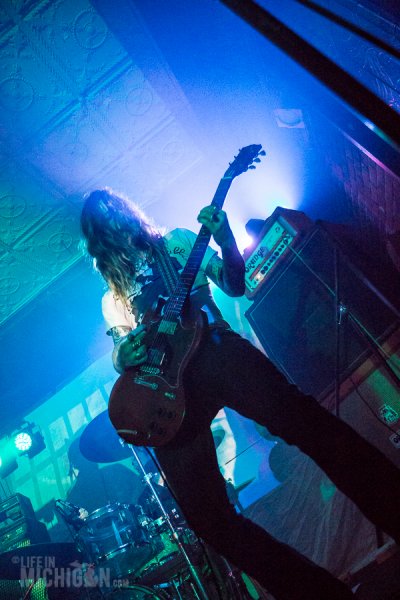 Just when you thought you couldn’t take any more that FUZZ FEST could give you, ‘Destroy This Place’ slammed you back into reality.  Fierce and fun, they had me thinking of Social Distortion or maybe Husker Du (cause I’m an old dude and that’s how I think 🙂  This band unleashes blasts of musical passion that make you want to move. 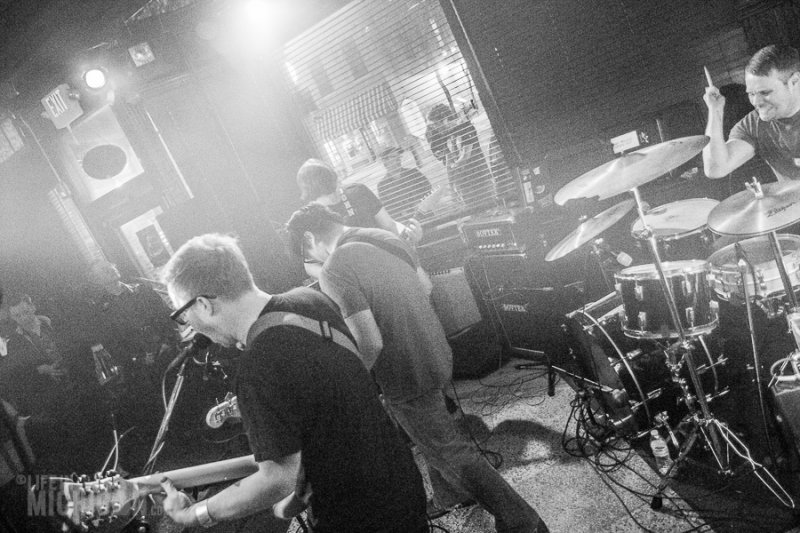 Last, but not least, one of my favorite bands; ‘The Muggs‘ strolled on to the main stage and proceeded to cut heads.  Seriously, people’s heads exploded!!  I may be exaggerating just a bit, but Tony, Danny, and Todd tore into a fine set of rock hard music.  For those who haven’t heard The Muggs, you can check out my review of their latest release, ‘Full Tilt’. 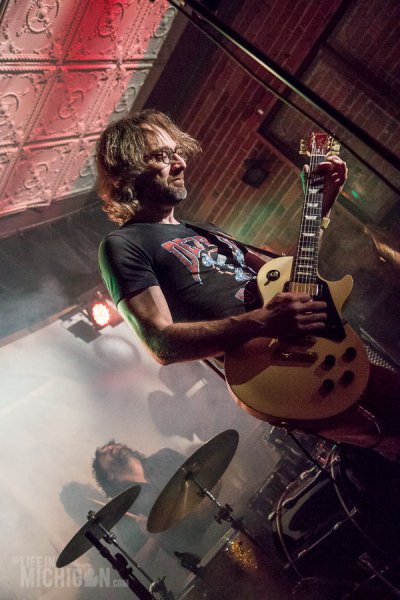 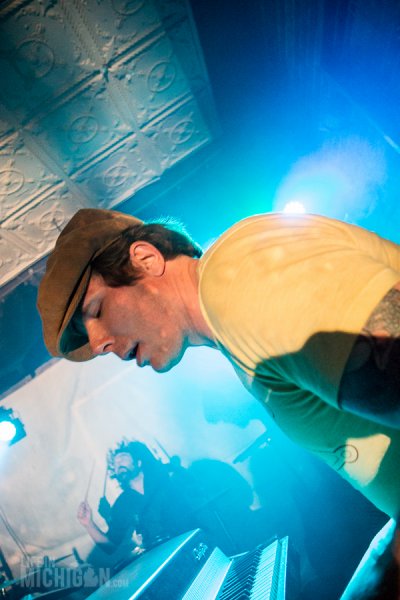 FUZZ FEST was terrific and a great way to spend my birthday.  Check out the gallery for lots more pics of the bands!