Life In Michigan is proud to sponsor GIG: The Art of Michigan Music, an exhibit at the Ann Arbor Art Center. The opening reception is on January 15th 2016 from 6-9 pm. The exhibition runs through January 30th2015. Many of the artists will be present during the opening reception at the 117 Gallery in Ann Arbor. Jeremy Wheeler will spin Michigan Music and Dark Horse Brewing is providing the beer for the reception.

If you’ve been following Life In Michigan, you know that we love to listen to and support the great music of Michigan. The music scene in Michigan is vibrant with talent in all genres of music. On just about any day of the week, you can catch a great local musician or band in your town giving the gift of music. 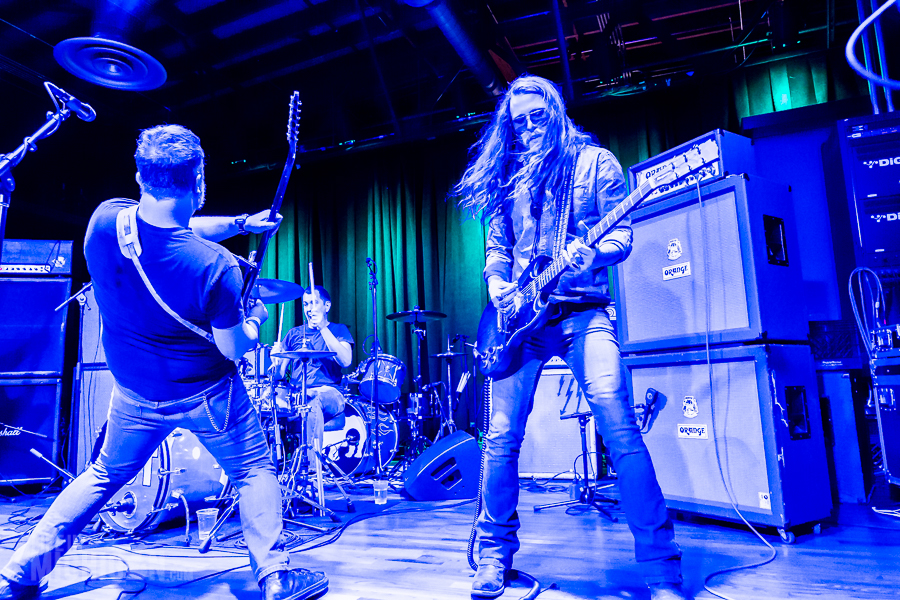 What isn’t always apparent are the variety of artists and photographers who create the imagery to complement and promote the musicians in Michigan. We wanted to give these artists a spotlight of their own, and from this idea the GIG: The Art of Michigan Music exhibit was born. With help from the Ann Arbor Art Center, Life In Michigan has gathered up a small sample of Michigan artists who support the music scene with their creativity and skills.

Lets meet 4 of the 18 artists who will be part of GIG: 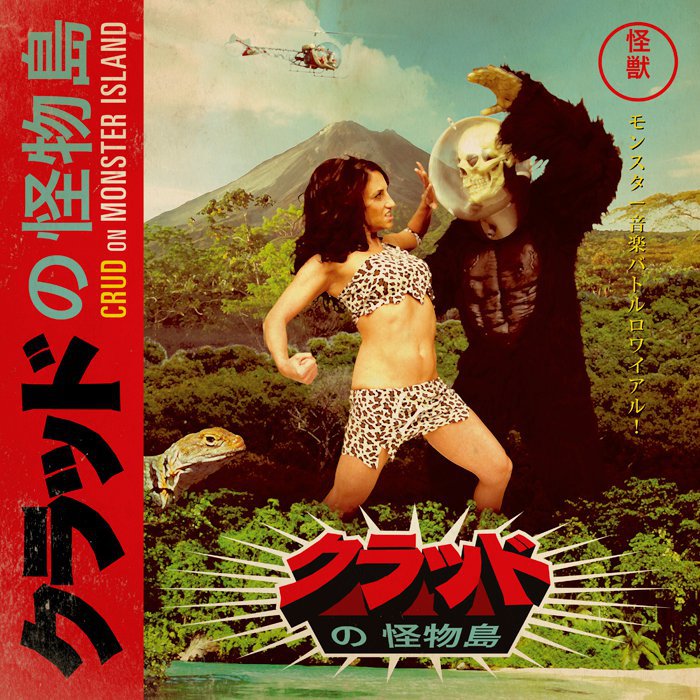 Robert “NIx” Nixon is an artist, designer, illustrator, photographer and screen-printer. His works have been featured worldwide from the U.S. to England and as far away as Japan and Australia. His inspiration includes vintage and designer toys, old monster & scifi movies, classic cars, comic books, classic and modern video games, punk rock and dangerously unhealthy amounts of cartoons. His dislikes include long walks on the beach, bad drivers and referring to himself in the third person. He lives in downtown Detroit with his wife and space-alien pug, Morbo. 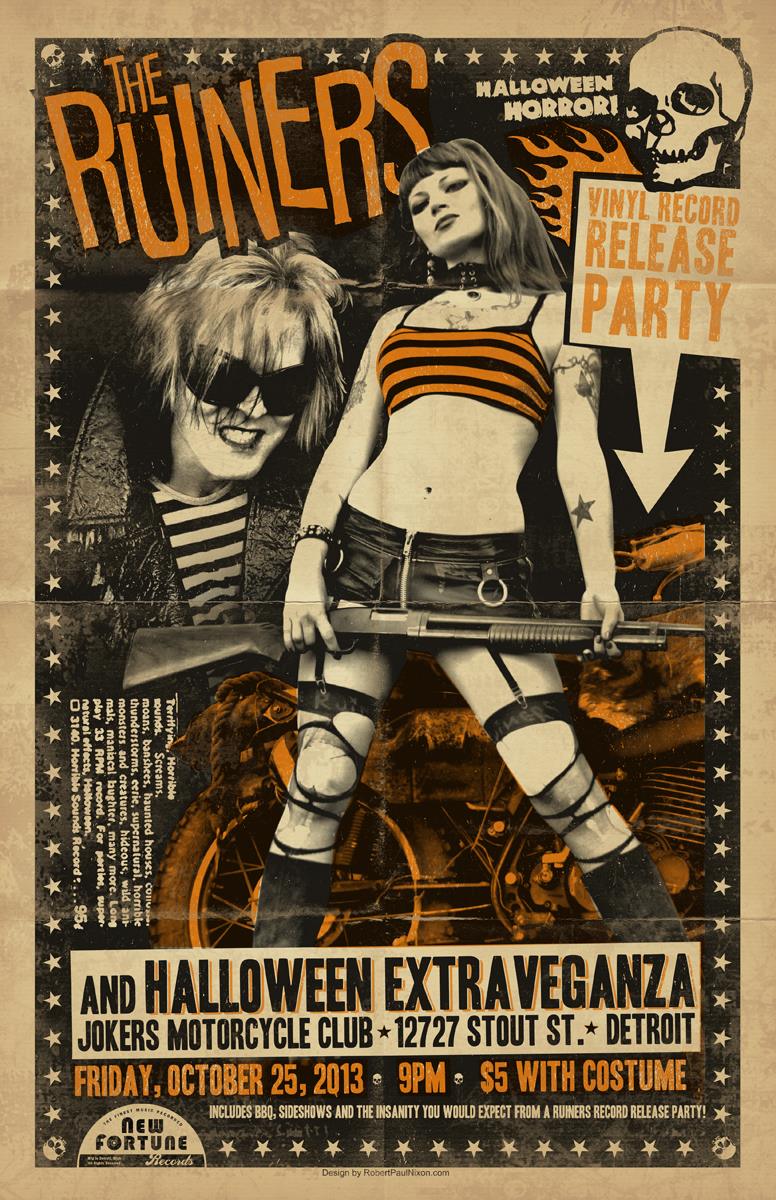 “One of my biggest influences in what I do is music. There isn’t a day that goes by that I don’t use music in one form or another to drive what I do visually. Whether that’s creating something for Hour Media or some gutterpunk band from down river. I especially enjoy creating album art while being directly inspired by the music it’s representing. Just blasting the tracks from whatever band I”m working with and letting that guide the design. Feeling what it means and interpreting it into visuals. Especially for locally-made music. I have great pride in the music we put out from the Mitten. It’s unlike any other music scene.”

Check out Nix’s website for more of his great work.

“I’m looking forward to collecting various pieces of Michigan Rock-related art that I’ve amassed in the decade plus supporting gigs and bands in Ann Arbor and the Detroit area. From rare uncut record cover sheets to original poster art, my work supports not only the fantastic music, but the priceless people behind it. Michigan rock ‘n’ roll fused to my DNA as soon as I moved to town in 2000 and I’ve strived to continue the tradition of rock art since.” 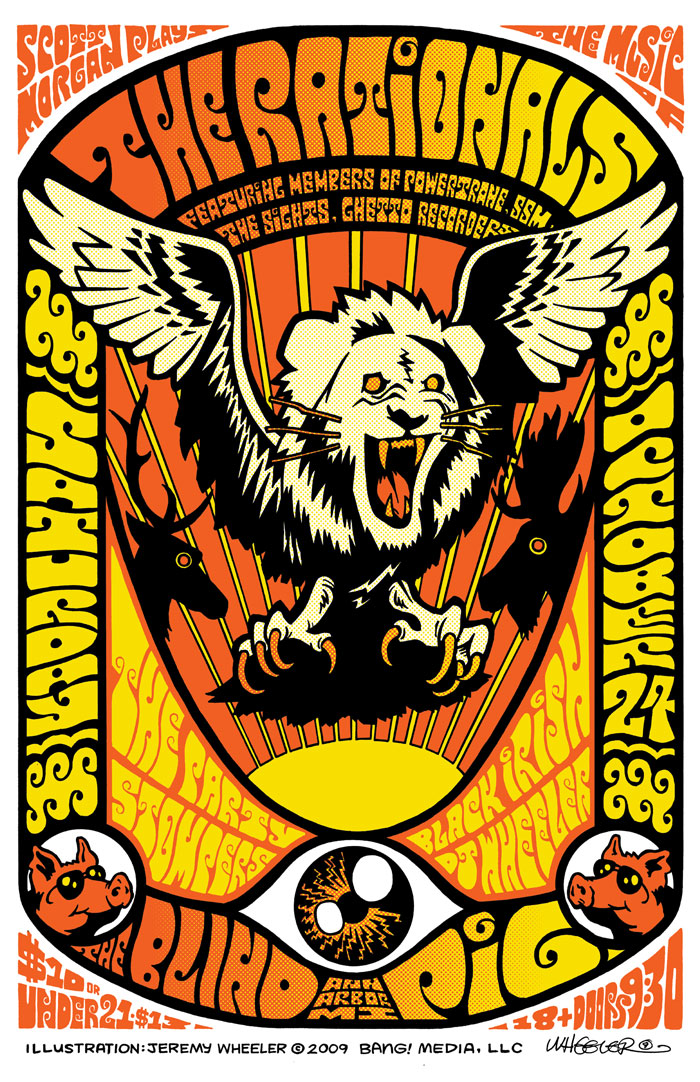 See more of Jeremy’s fine work at his website. 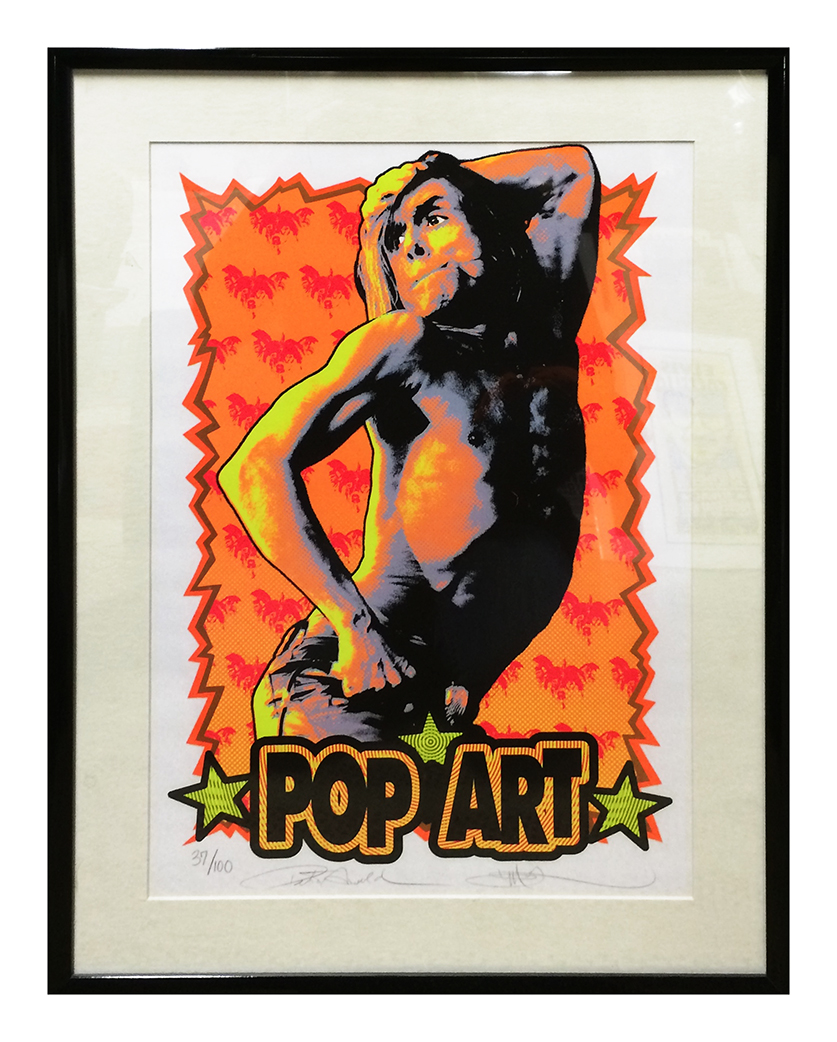 Mark’s appreciation for the arts began at an early age. When he was a child his mother would take him to the Detroit Institute of Arts on Saturday afternoons. There he was first exposed to great art in its many forms. Possibly because of these memorable trips with his mother, in elementary school Mark began to focus on producing his own art. By high school he excelled at it. Furthering his arts education, he attended the College for Creative Studies, in addition to courses at other local and national art institutions.

But it was during the 1980′s that Mark found his true voice. He began working with various printmaking and photo techniques and incorporating those in his work with the human form. By the 1990′s he was designing and printing posters for emerging national and local bands and these works were influenced by his love of drawing and painting. 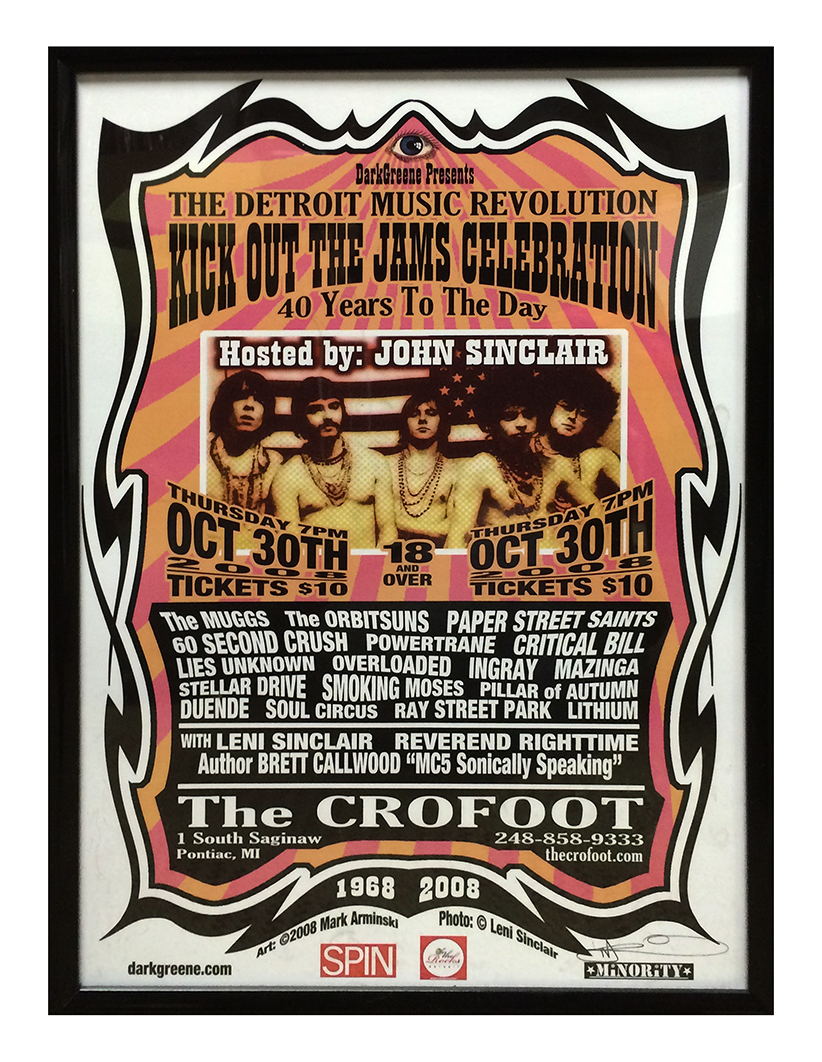 Since then, Mark has worked on a constantly with commissions such as CD covers, concert posters, paintings, fine art prints, drawings, murals and even commercials. His unique style and designs have been viewed worldwide.

Because of his diversity Mark never knows what direction his art will take him! 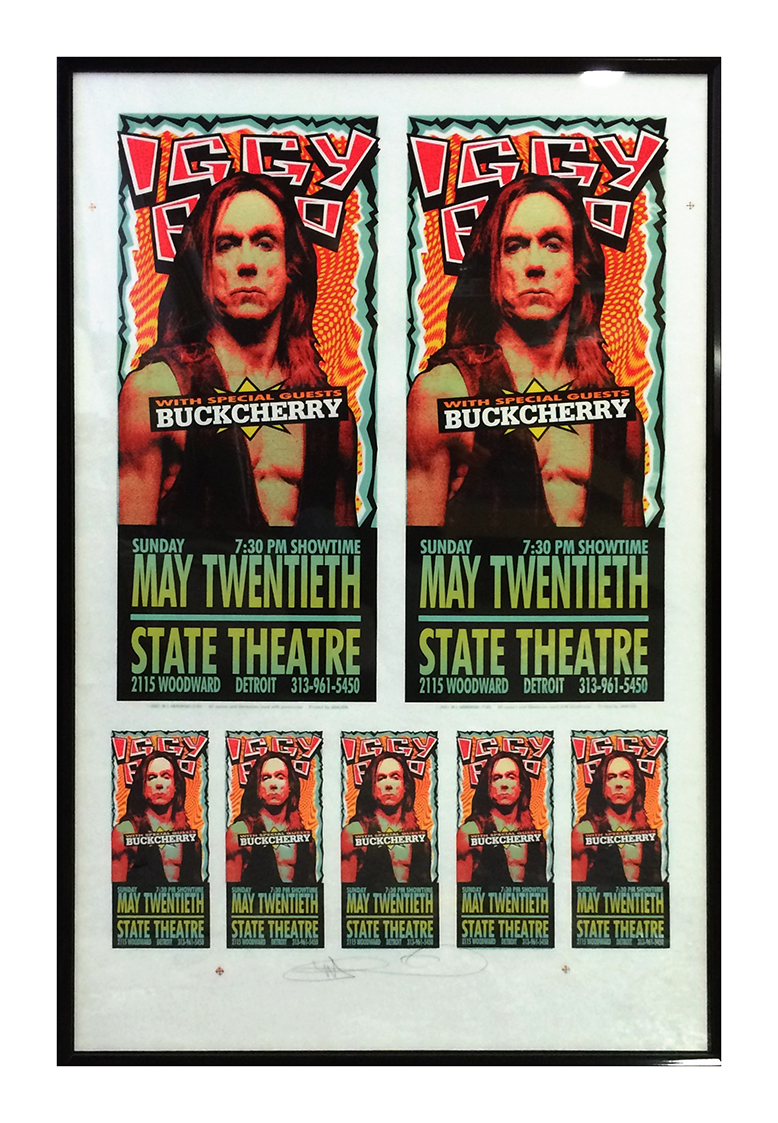 Of all the great modern concert poster artists, Mark Arminski is the master of color. Studying the wide range of his images, one can see that time after time after time he has chosen his color combinations very carefully, and invariably they work well together, produce effects which please the viewer’s eye. Also his excellent sense of linear design consistently has created simple, balanced images which will have lasting appeal for generations not merely as memorabilia for the acts listed on them but as brilliant examples of graphic art. People will hang these posters on their walls long after the performers listed on them have passed into history. The long term values of these Arminski posters also will be enhanced by the fact that , unlike the press runs for posters created for many of the big promoters, the press runs for these posters and handbills were relatively small, usually only a few hundred, creating a natural scarcity. They are not just fine decor for your dining room walls. They are a great investment which should mature in value in decades to come. Furthermore unlike the vast majority of modern concert posters which are printed by machine, these are silk screen prints which historically have proven to be much more desirable.

You can see much more of Mark’s work at his website. 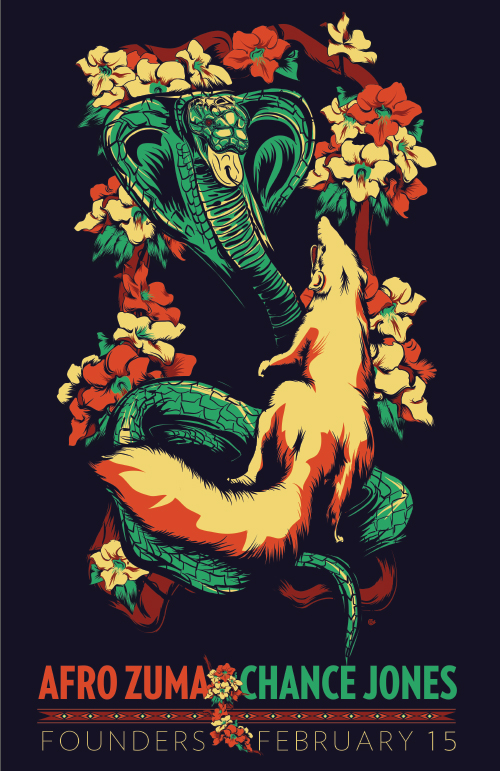 “Before it was a creative outlet for me, laying out posters for gigs was a necessary reality of being a self-reliant gigging musician. Since then poster art has opened many doors for me. It led me to rediscover my passion for illustration and fostered new skills like design and typography, which in turn have led me down a career path as a creative director and designer. Gig poster art is a great synthesis of disciplines, and their transient, street art nature gives you a road map of sorts to look back on and chart trends, styles, events, even politics as they’ve changed over the years. We are fortunate that we have such a rich history of poster art in Michigan and I’m looking forward to meeting the other artists and seeing how this tradition is continuing in our respective music scenes.”

This is just 4 of the 18 artists who are part of GIG. Keep in touch as we’ll have more artist profiles to come. Help us spread the news and promote the GIG: The Art of Michigan Music by sharing this post in your favorite social media venue or sending it as a link to your friends and family.