You won’t really need a conestoga wagon to enjoy the Give A Craft Kalamazoo Beer Trail, but it might help to get a room downtown to fully enjoy the journey. 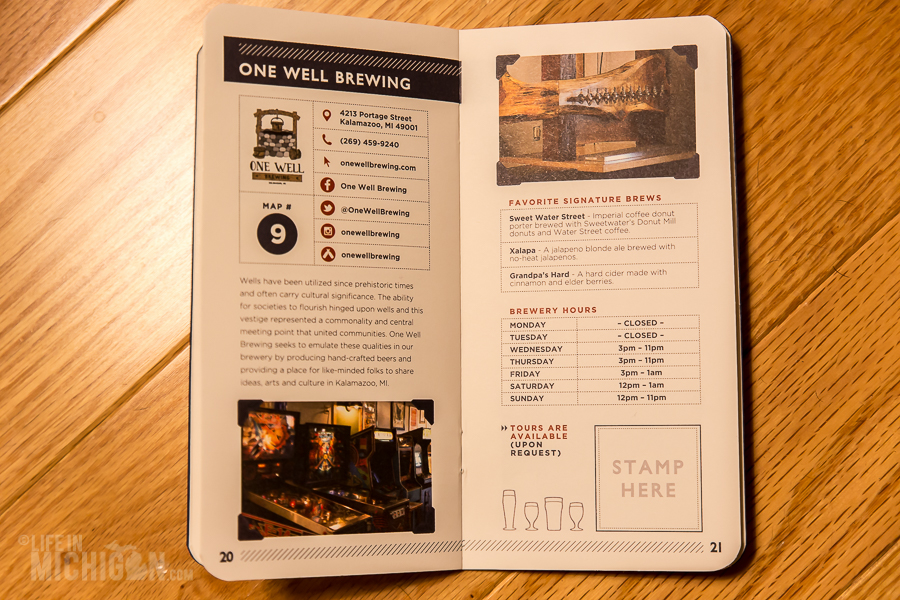 Give A Craft Beer Trail – A Beertastic journey through Kalamazoo

After spending 3 hours on some majestic trails running the North Country Trail Run, we showered up and headed down to Kalamazoo. Affectionately known as Kazoo, this small city on the westside of the state has become the home to 12 breweries and counting. Discover Kalamazoo came up with a great way to promote the city and its booming beer halls with the Give a Craft Kalamazoo Beer Trail.

At any of the local breweries, you can pick up this cool Give A Craft passport. The passport has a handy map of where to find the breweries. It also gives you details on each brewery including hours, contact information, favorite beers, and food options. With this handy guide, you are ready to tackle the trail. 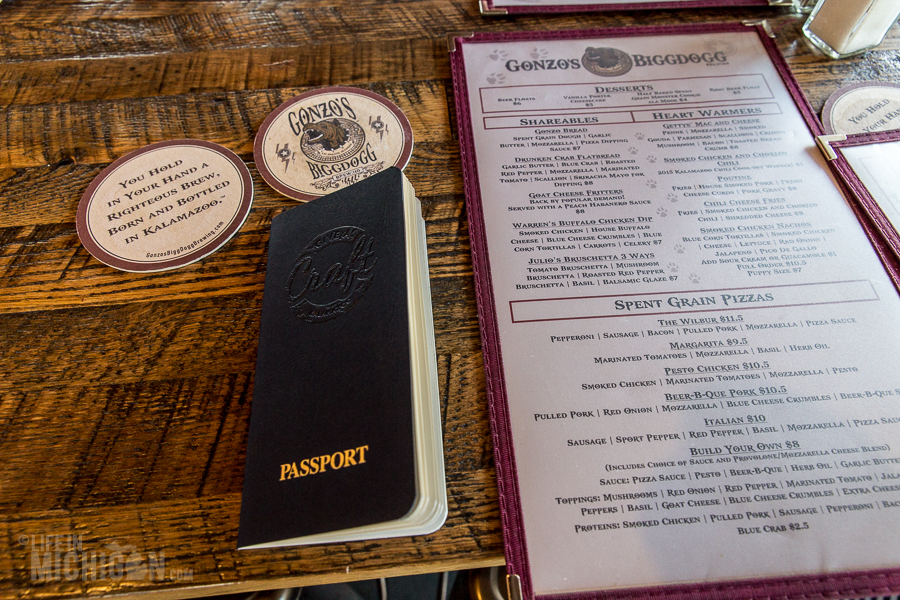 There are even more pictures from our adventure in the gallery. 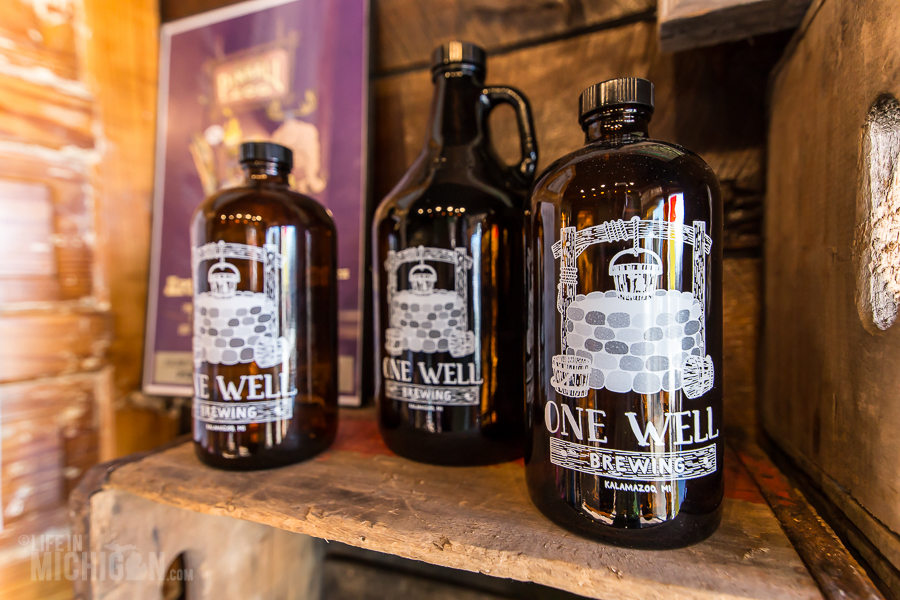 We started our traverse of the Give A Craft trail with One Well Brewing. With fantastic beers and some damn tasty food, there is much to love about One Well. Frequent readers will know that we met these guys at the Michigan Brewers Guild Winter Beer fest and then made a trip to check out their place in detail. During this visit we had the Zeus Sexual Appetite Session IPA paired with the All Choked Up artichoke pizza. Both were awesome and complimented each other. The staff is super friendly and bust their butt to make sure you’ve got what you need. Of course, we totally forgot to get our stamp on our passport, so I guess we’ll have to go back! 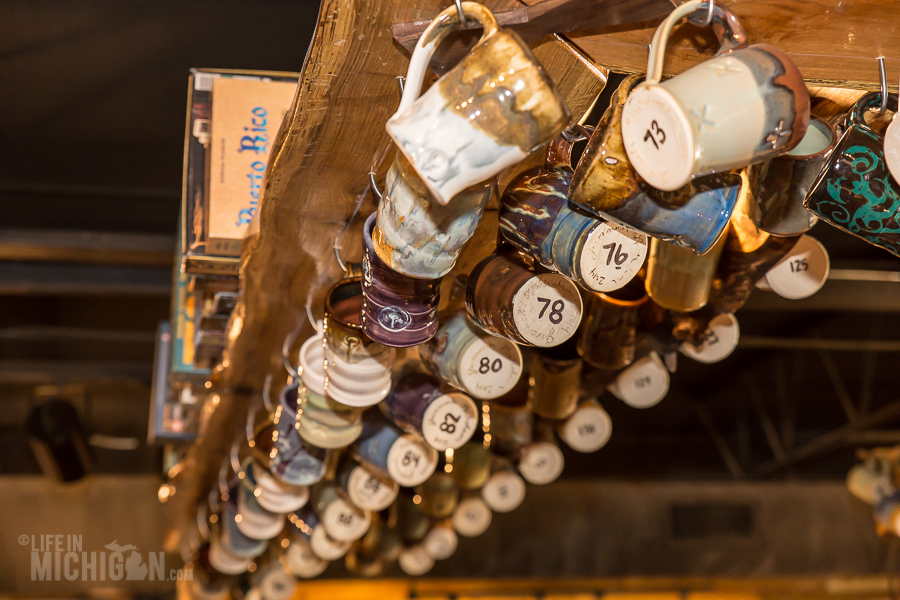 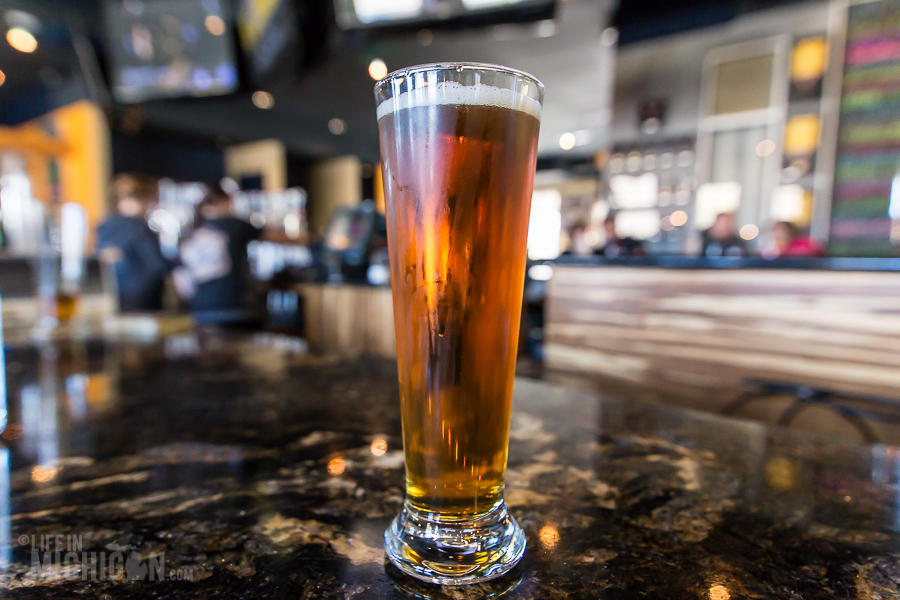 Since we were on the south side, we figured we’d check into Latitude 42. Very glad we did as the beer is top notch and their place is delightful. I went with the I.P. EH and enjoyed its crispness.  They have a pretty extensive menu and a really large bar.  There was a ton of tables as well, yet the place was pretty full. Next time, we’ll do dinner. 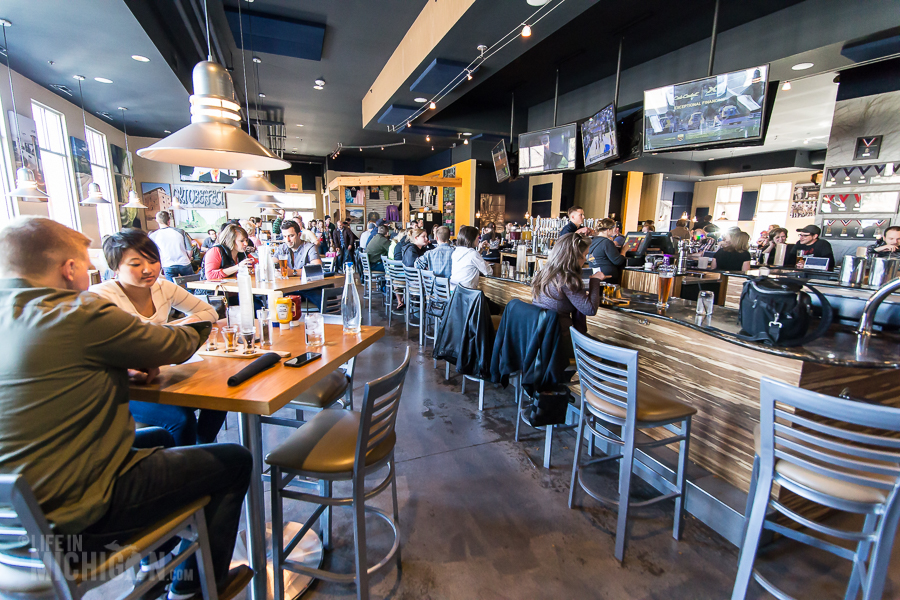 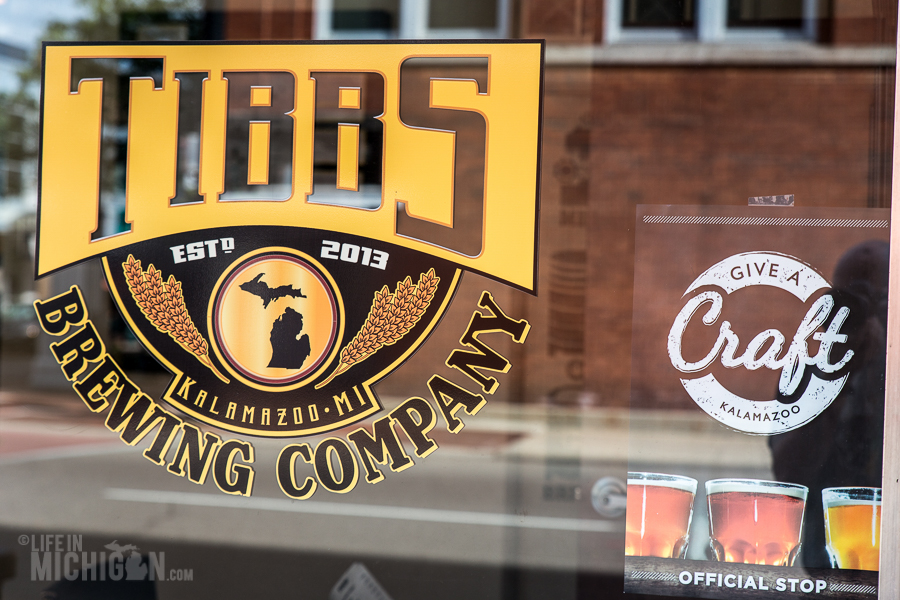 To be responsible beer drinkers, we headed downtown to our hotel, parked the car, and headed out on foot over to Tibbs Brewing. The brewery is smack dap in the middle of downtown Kalamazoo. The staff are super friendly and the folks we met having a beer were awesome. They were having fun and enjoying some great beer. The Heath Bar Porter was a nice change of pace and actually did have a nice carmel toffy like taste. A bonus for our visit was this smoking Thunderbird parked outside. We also managed to get our passport stamped. 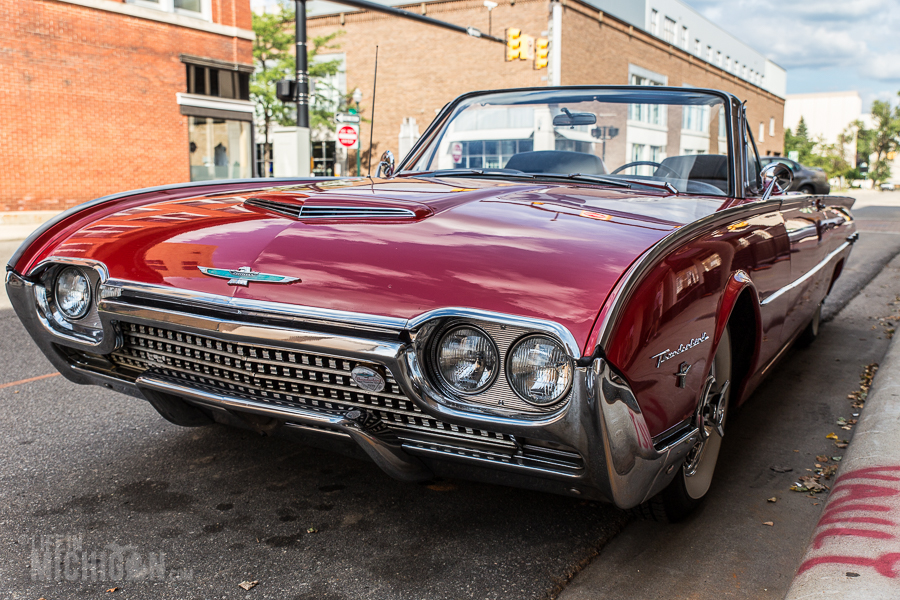 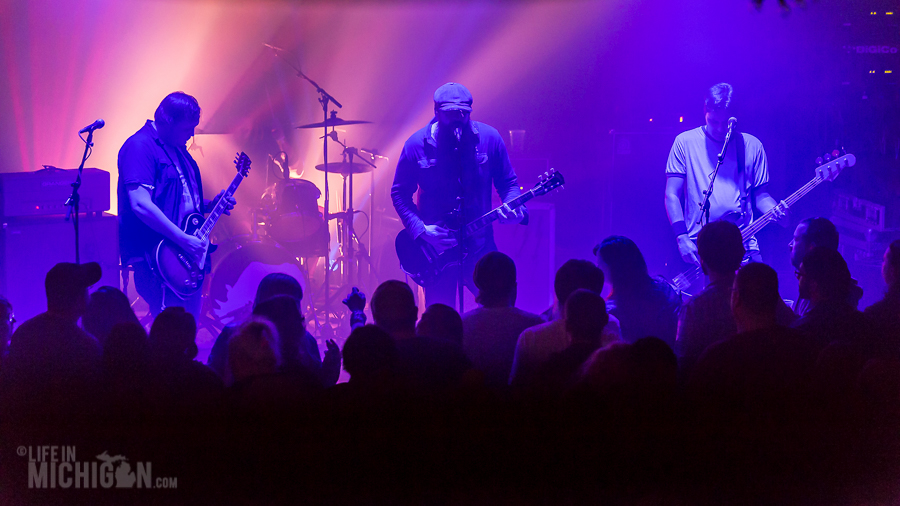 There is a nice place on the west end of town that offers up some great live music. We had gone there to see Kalamazoo’s own, Bonehawk rock out with our friends from Blue Snaggletooth and a cool punk band call Evil Deauxerz. Turns out this joint also serves beer! A guy named Larry calls this place Bell’s Brewing. The beer there is pretty good and they have some tasty food too. I steered clear of Uranus and dug into the Roundhouse I.R.A. Hoppy nose and plenty of character. 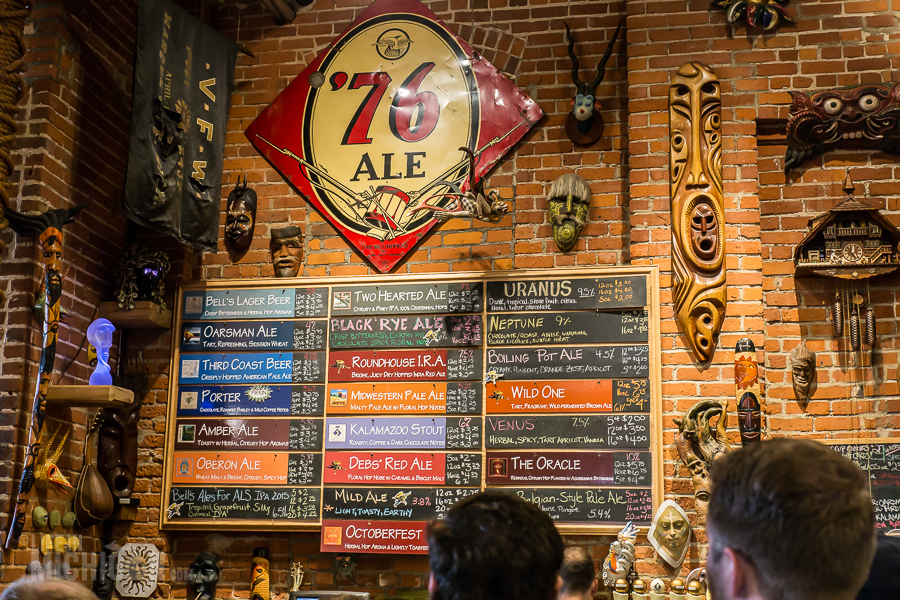 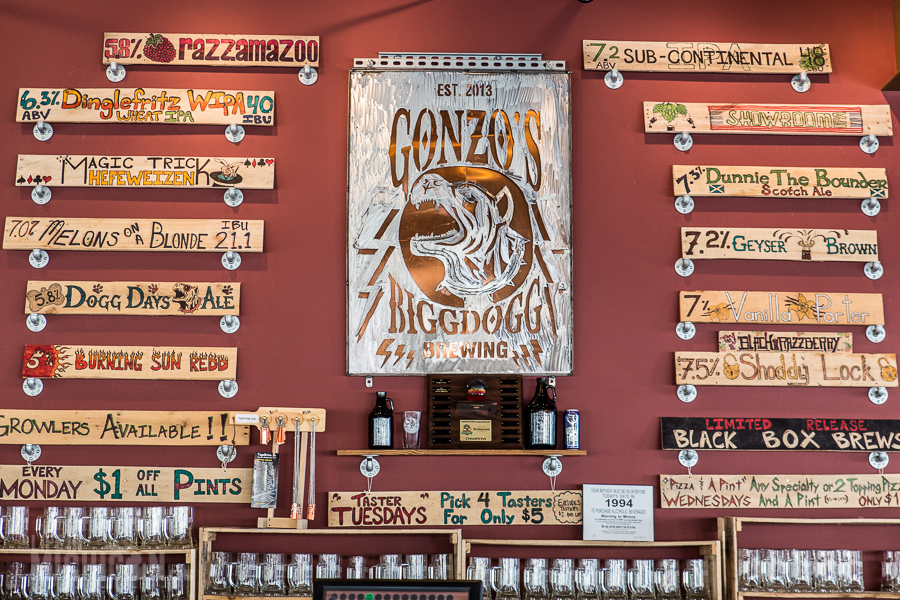 You may be wondering, why did you walk all the way down to Bell’s and then all the way back across town to Gonzo’s Biggdogg Brewing? There was actually method to the madness in that our hotel was just a hop, skip and a jump away from Gonzo’s. 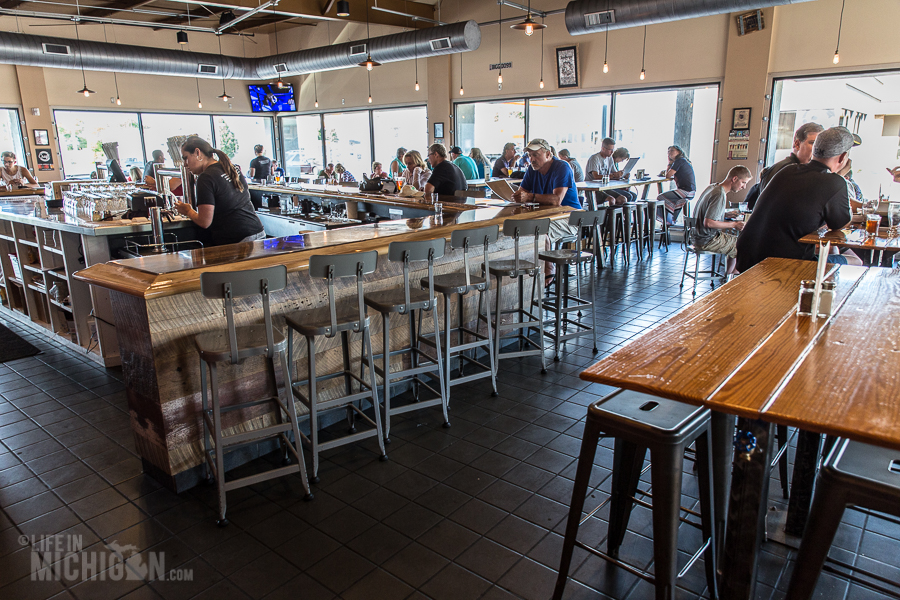 As you may expect from the name, it is a big place with a lot of great beers on tap. Brenda went with a flight and I dove into Dunnie the Bounder scotch ale. Ain’t she a dandy? 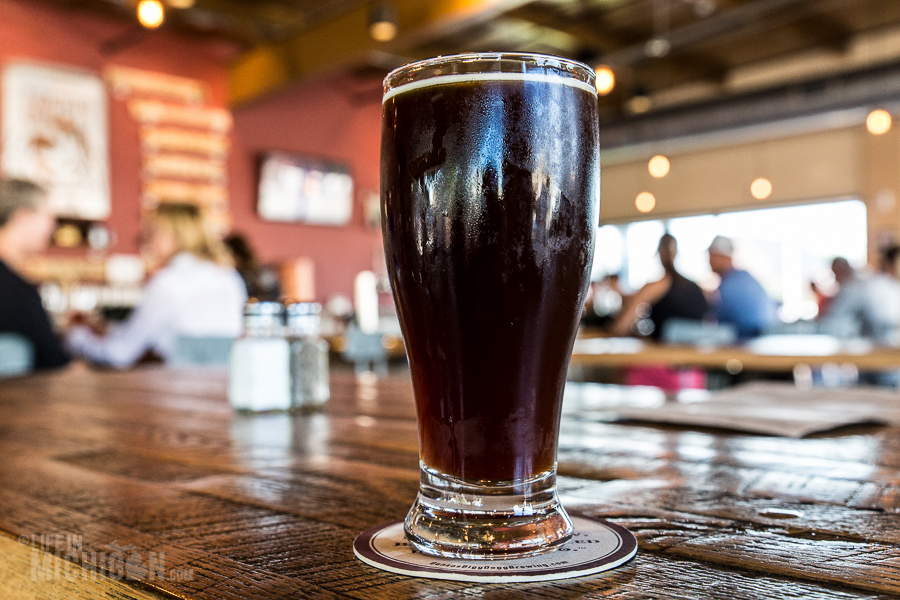 The food menu looked awesome, but we were still pretty full from the meal over at One Well, so we tried out the bruschetta which was outstanding. 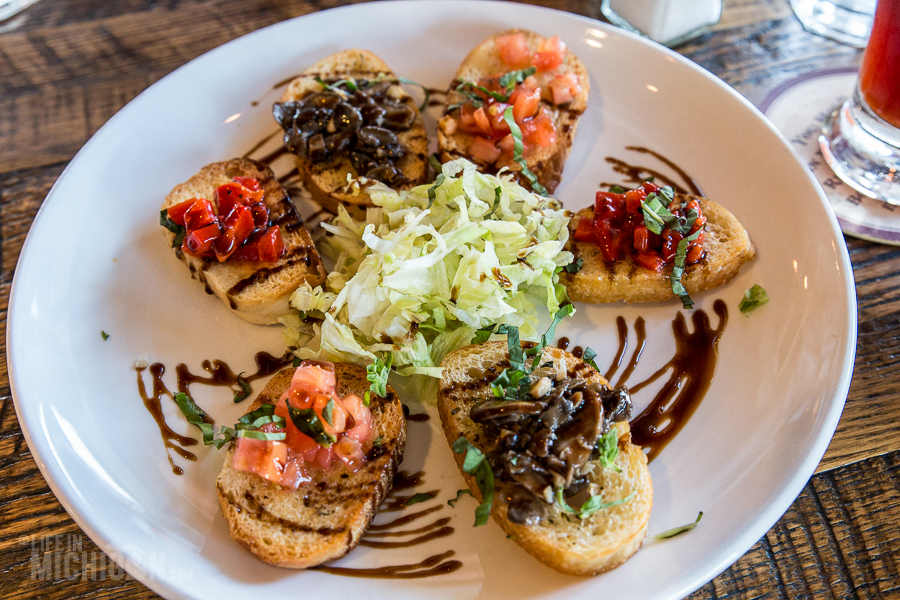 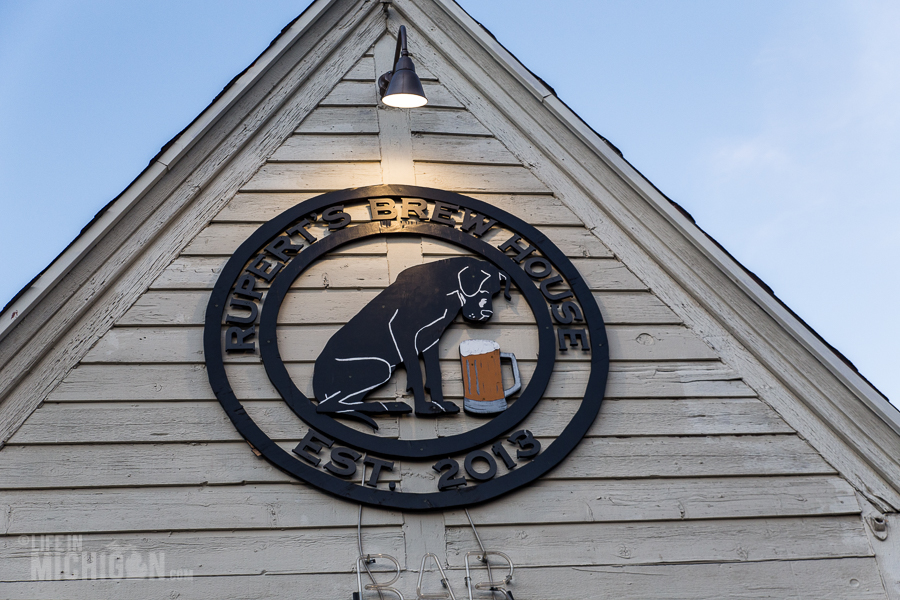 Our last stop was Rupert’s Brew House which is just down the street a bit from Gonzo’s and right in front of our hotel for the evening. We saw this gigantic Great Dane laying on a big old doggie bed and figured his name is Rupert 🙂 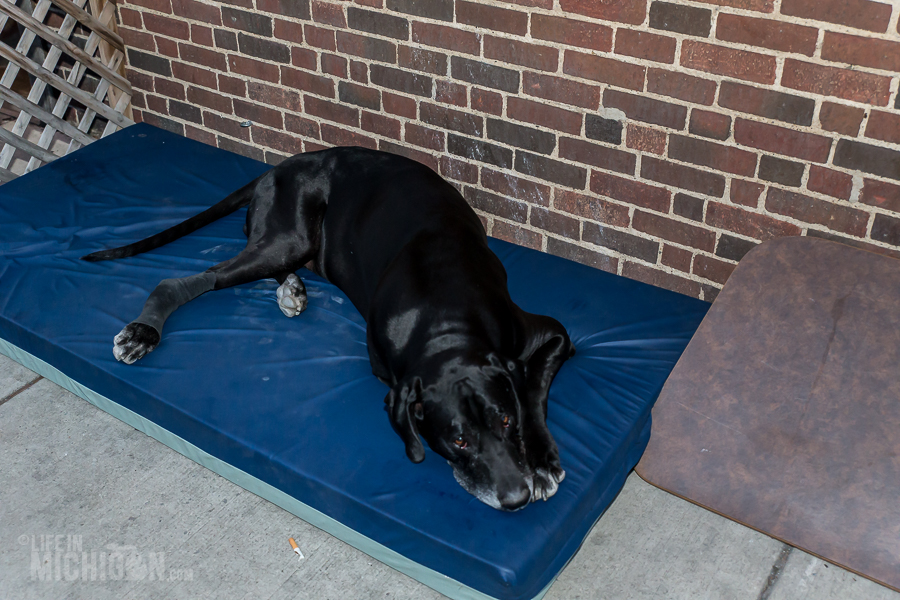 The inside of Rupert’s Brew House is laid back and maybe just a bit trippy. There is a smaller game room and then a bigger room to enjoy some great beers and live music. They don’t serve food, but who cares. The beer rocks! The peanut butter porter is delicious and really gives you that peanut butter taste mixed with a bit of chocolate and coffee. 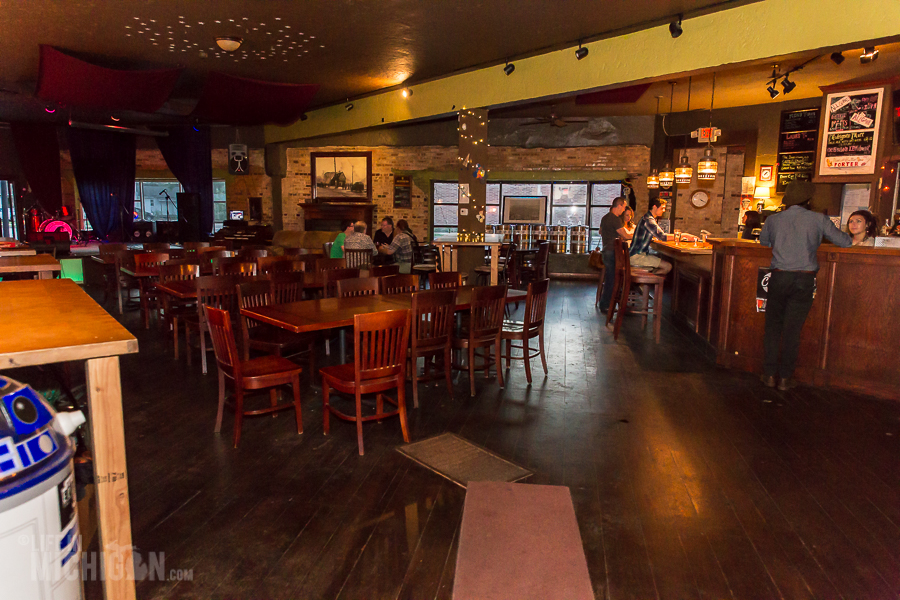 We left parts of the Kalamazoo Give A Craft beer trail yet to be explored. Be sure to stop by the gallery to see more pictures from our adventure. If you plan your day just right you can hit many of the great breweries on the trail and safely make your way to a hotel on foot.  A few would require a ride, so be sure to have a driver or call up a cab as you’ll want to really make the most of the trail.

Have you taken a journey along the Kalamazoo Give A Craft beer trail? If so, leave us a comment or send us a message. We’d love to hear your story.