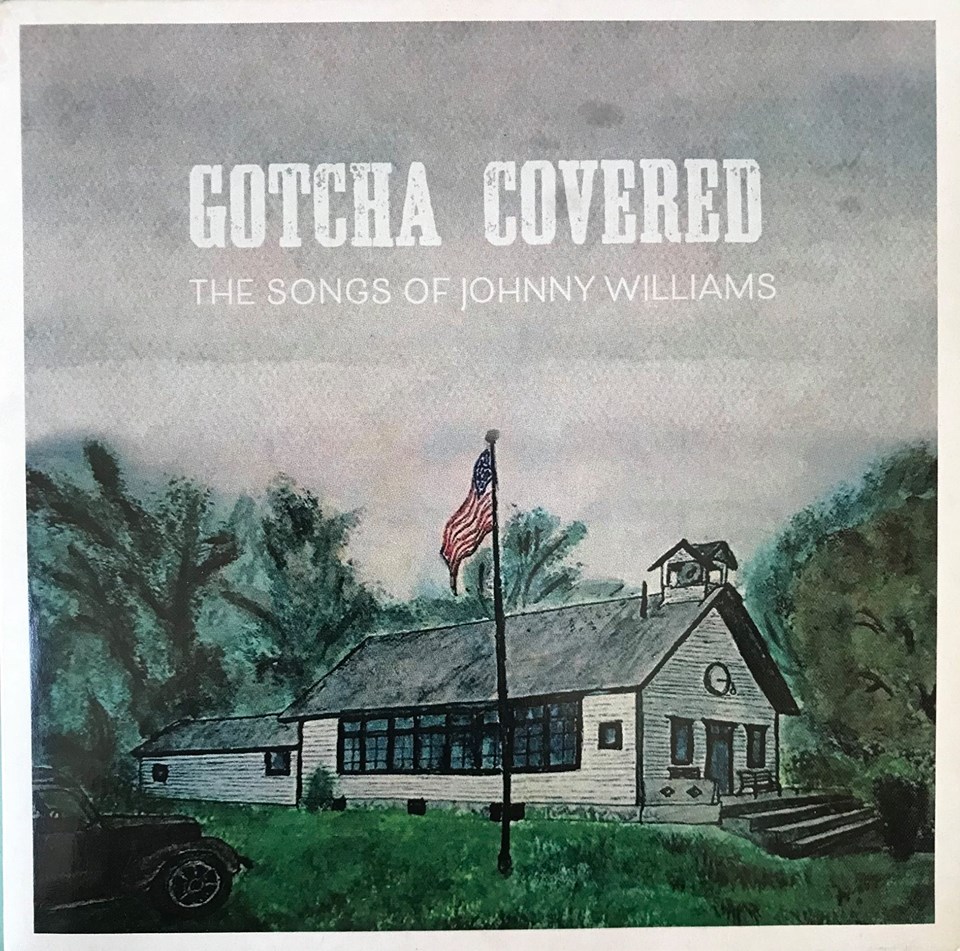 You may know Johnny Williams through his not-so-secret venue for singer/songwriters called Johnny’s Speakeasy. If not, take a look at our post from when we first ventured to Johnny’s to see Chris Dupont open for Frances Luke Accord. Johnny has been hosting many local and national artists in his captivating underground venue for over 20 years. His work to support local music and aspiring artists is unparalleled. 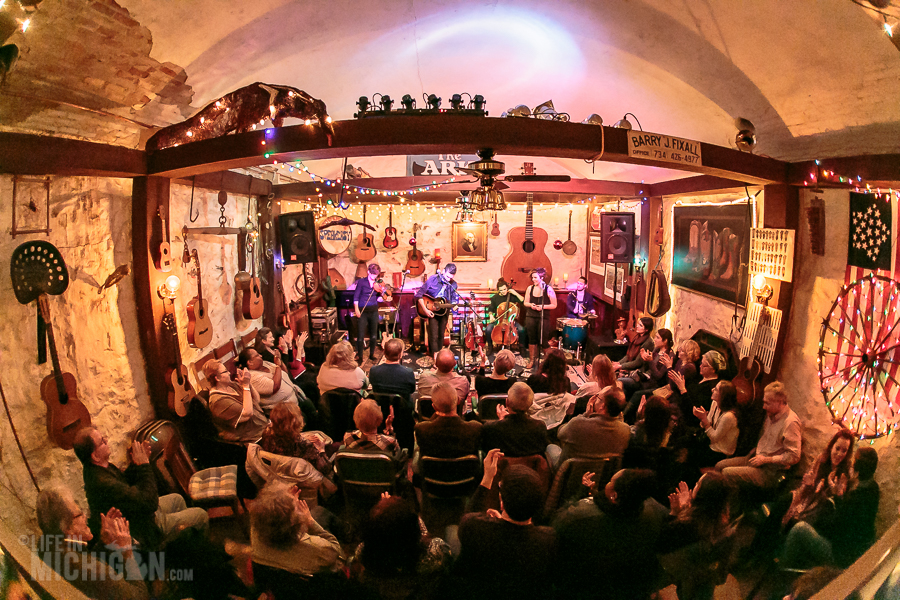 In addition to the speakeasy in Ann Arbor, Johnny hosts a summer folk fest called the Green River Hootenany at his one-room schoolhouse in the Jordan Valley (near Bellaire and Mancelona, MI). The schoolhouse served this northern Michigan community from 1886 until 1950. After sitting vacant for a number of years, Johnny’s father bought it. Johnny purchased the schoolhouse from his father in 2002 and has been working to restore the building while providing it as a resource in the community for music, dances, graduations, and weddings. Johnny with the help of some close friends has been trying to keep the old building in good shape. However, the size of the renovations needed has surpassed the resources of one man and a GoFundMe campaign has been started to help with the costs. 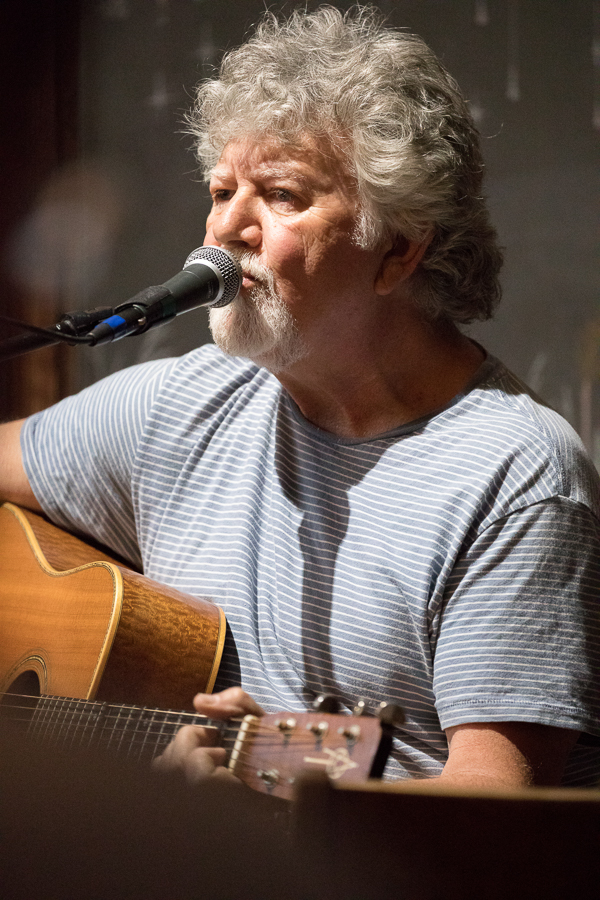 The Making of Gotcha Covered

With a big hand from close friend and phenomenal singer/songwriter Judy Banker, the dual CD set of music by Johnny Williams called ‘Gotcha Covered – The Songs of Johnny Williams’ has been released. The proceeds from the CDs go to help continue restorations of the Green River Schoolhouse. The idea is to preserve this historic site for future generations to enjoy. The bonus for all of us is that we get to hear Johnny’s music as performed by Johnny and a cohort of his ultra-talented friends in the local folk, bluegrass, and Americana scene.

Listening to the Music

‘Gotcha Covered – The Songs of Johnny Williams’ lets you explore a side of the artist you may not know. Johnny is a very humble man and would prefer to showcase the talents of others instead of his own. With this album, we learn that Johnny is a damn fine songwriter. There are a variety of influences that attached themselves to Johnny’s music. You can hear a bit of gypsy jazz on “Fat City Jive”. There is the deep valley Americana within the bluesy mist of “Looking for Trouble”. The hint of Peter, Paul, and Mary caresses the soul on “My Love”. Hell, I could imagine James Taylor fashioning the love song “This Time Around”. 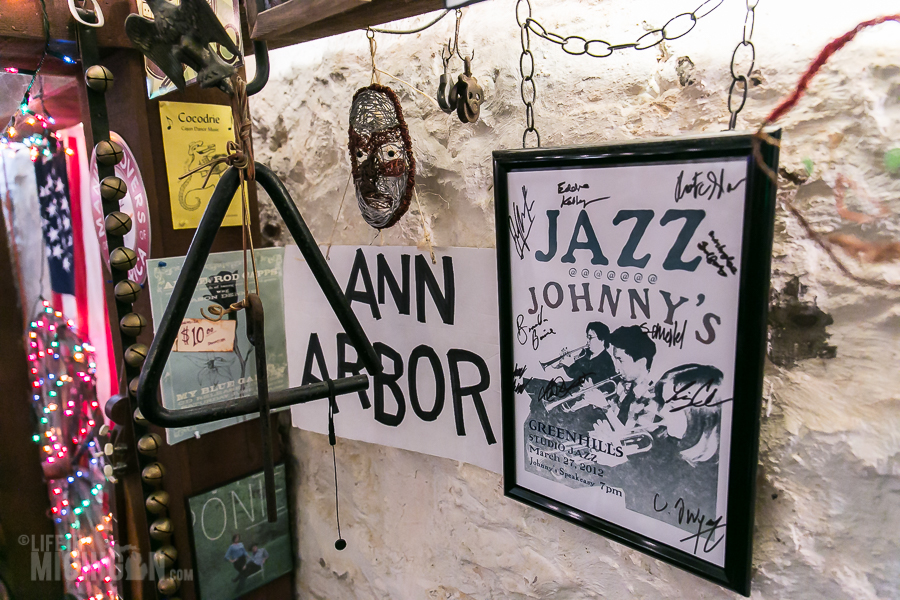 The story of Johnny’s dad and his passing is relived in the touching song called “Waltzing with Anna”. A simple finger-picking motif with guitar and banjo is wonderfully rendered by Billy King. The song is as much about the Jordan River valley as it is his father. You feel the connection between the man, his dear wife and the wonderful area of Michigan that they called home. 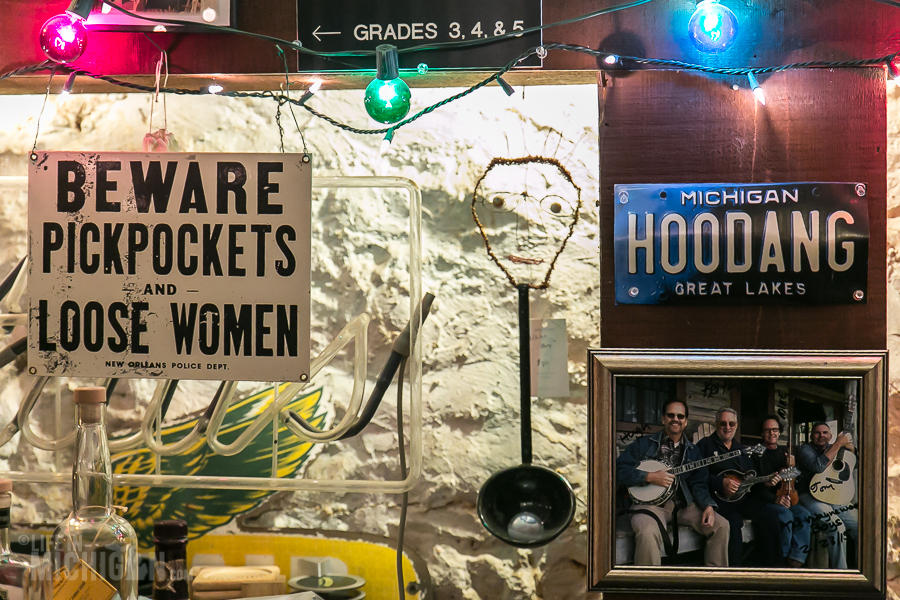 Johnny commemorates his mother Anna with the musical story called “Anna Marie”. The song tells of her life which began in the beautiful Jordan River valley and culminated in raising a family of 11 children. I can barely deal with taking care of our old pup Larry, let alone 11 kids! To be praised in a song by her son in this wonderful loving tribute is a gift for us all to enjoy.

“Ol Gravedigger” is a compelling bluegrass song. The lonesome mountains of Appalachia echo within this haunted song. Spare and dark, the banjo provides an earthy resonance which is accented by the mandolin. Kudos to Dave Steele and Shari Kane on their performance. 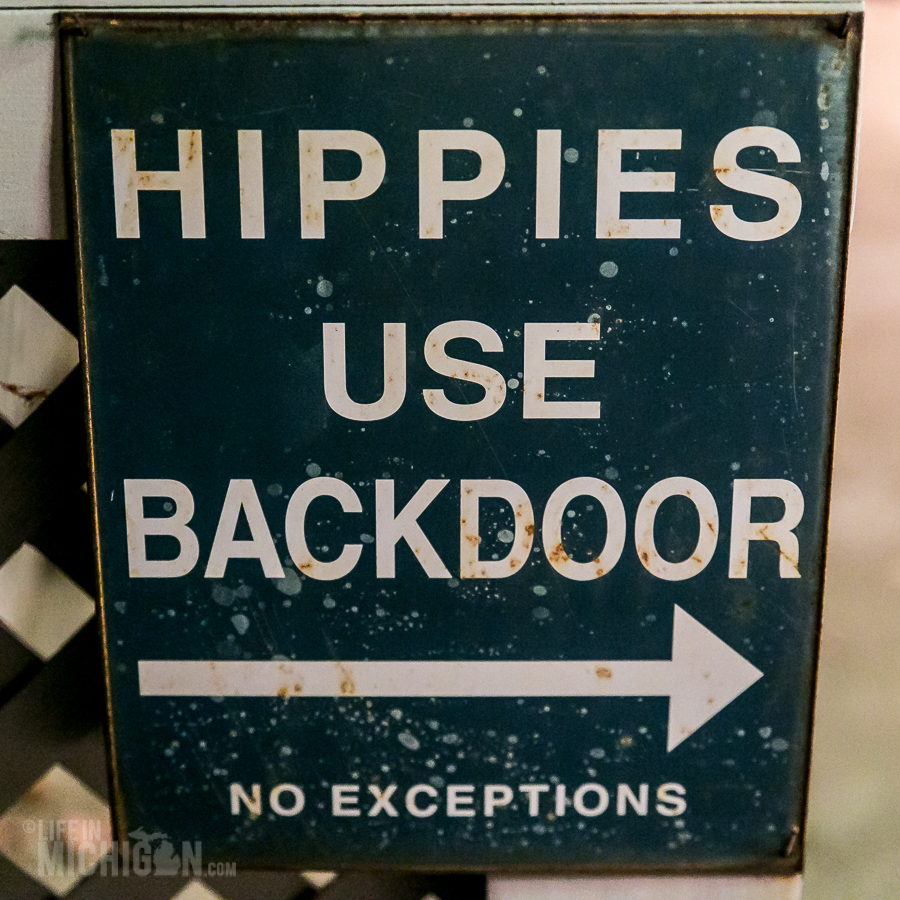 Johnny Williams himself takes the reins on vocals and guitar with the protest song “Hold On” and the fun-loving “I Couldn’t Write a Song”. Johnny is no slouch on the guitar and has a pleasing voice that fits well with his music.

Great Songs and a Laugh

I had to laugh halfway through the second CD. After listening to a few songs that featured references to drinking (“10 Shots Down” and “Wine Spodeeodee”) you run into the gospel song “Lift Up Your Eyes”. So then I’m thinking, “Oh, Johnny’s looking to get a little redemption”. Well, he shot that notion all to hell with the next song “I Work in a Crucifix Factory” featuring a man who makes wooden crosses. Well done Mr. Williams, well done. 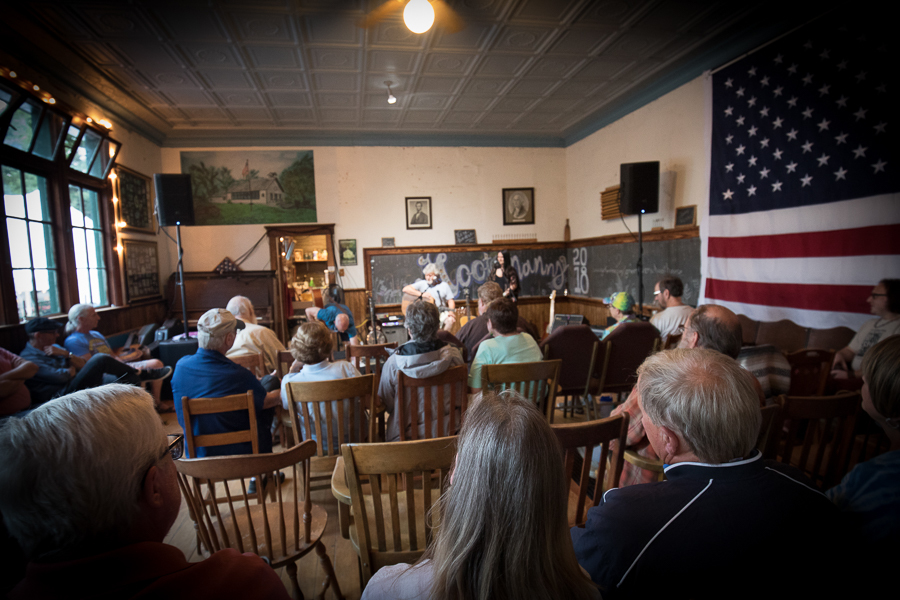 ‘Gotcha Covered – The Songs of Johnny Williams’ is a labor of love. It reflects the musical soul of a phenomenal human being who is so selfless in his quest to bring music to the masses. Through his Speakeasy and the Green River Schoolhouse, Johnny gives us all a chance to explore the best in Michigan folk, country, Americana, bluegrass, hell anything you can think of really. Ok, he’s not doing death metal or punk shows, but I won’t hold that against him. Be sure to like and follow Johnny’s Speakeasy and Green River Schoolhouse pages on Facebook. If you want to get the cd and support the efforts to restore the Green River Schoolhouse, send an email to JohnnySentMe@gmail.com

We hope you enjoyed our review of ‘Gotcha Covered – The Songs of Johnny Williams’. If you’d like to see more pictures from the Green River Hootenanny, check out the gallery by our friend Robin Scully.  If you enjoyed the story, then share it on your favorite social media venue or send it as a link to your friends and family. This is good for everyone!