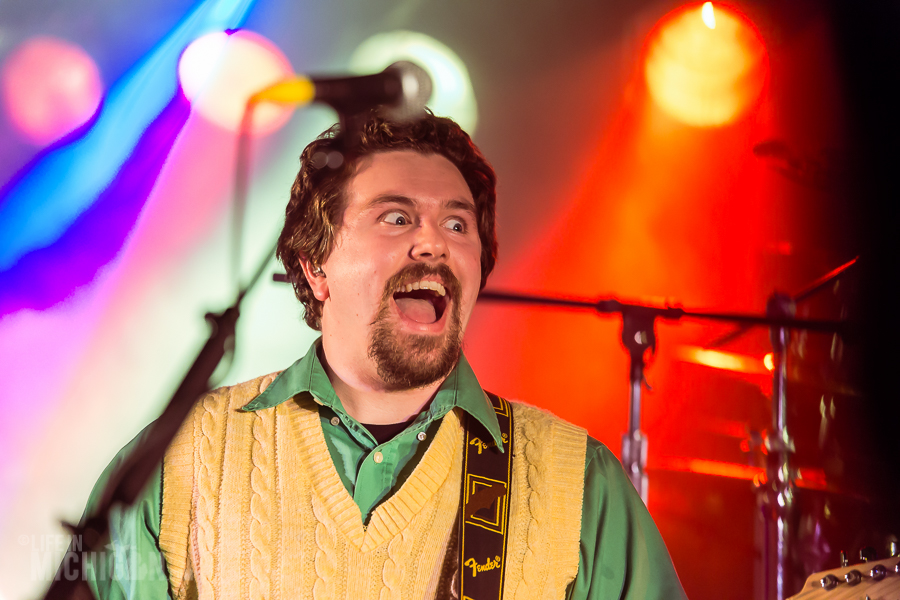 The idea of a bake sale to raise funds for an upcoming concept album release has to be a novel idea. Imminent Sonic Destruction did just that when they put together their heavy metal bake sale on Jan 25, 2015 featuring local metal and progressive rock bands Hate Unbound, Entransient, and Reign. The lovely and talented Rachel May from Hard Edge Radio was the master of ceremonies.

The bake goods were diverse and plentiful. Everything from the traditional cookies and brownies to exotic mango habanero cheesecake bites. From talking with many of the people who purchased treats, the candied bacon was the big hit at the bake sale. There was also an ungodly hot Thai peanut butter cookie apparently made with ghost pepper that someone actually purchased. We can only assume they are still on the toilet as you are reading this. 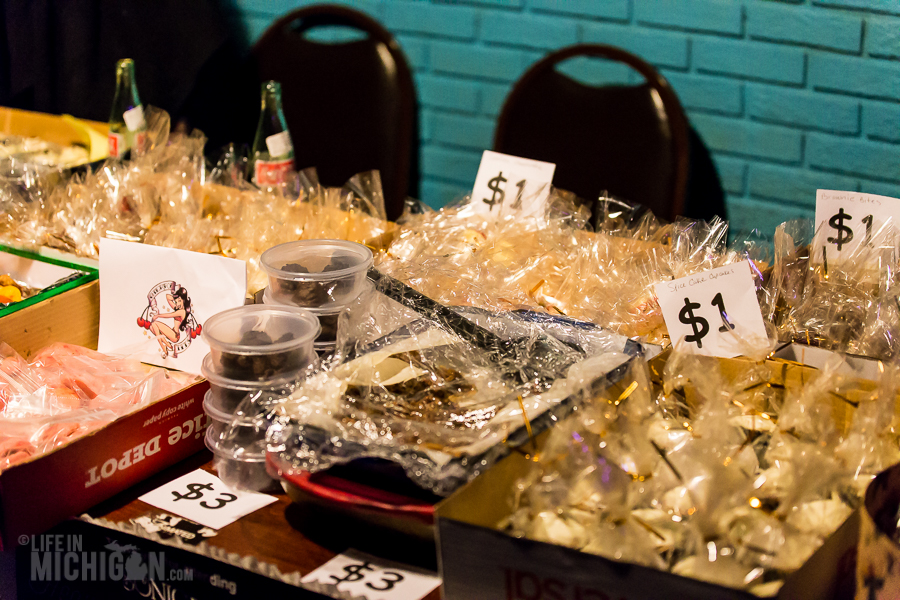 One of Detroit’s heaviest bands, Hate Unbound opened the show. The band unfurled a lot of new material which keeps expanding their sound technically while maintaining the fierce energy that makes their music appealing. Daryl Mitchell and Will Cundiff created tight and dynamic guitar solos, which melded with the aggressive layers of monstrous riffs. The drumming of Danny Kendall and bass work of John Kinder kept the pace of the music swift and uncompromising in its level of brutality. Art Giammara put the final touches on this double chocolate fudge brownie of metal goodness with his roaring vocals. Drop by the gallery to see more pictures of Hate Unbound sharing their goods at the Heavy Metal Bake Sale. 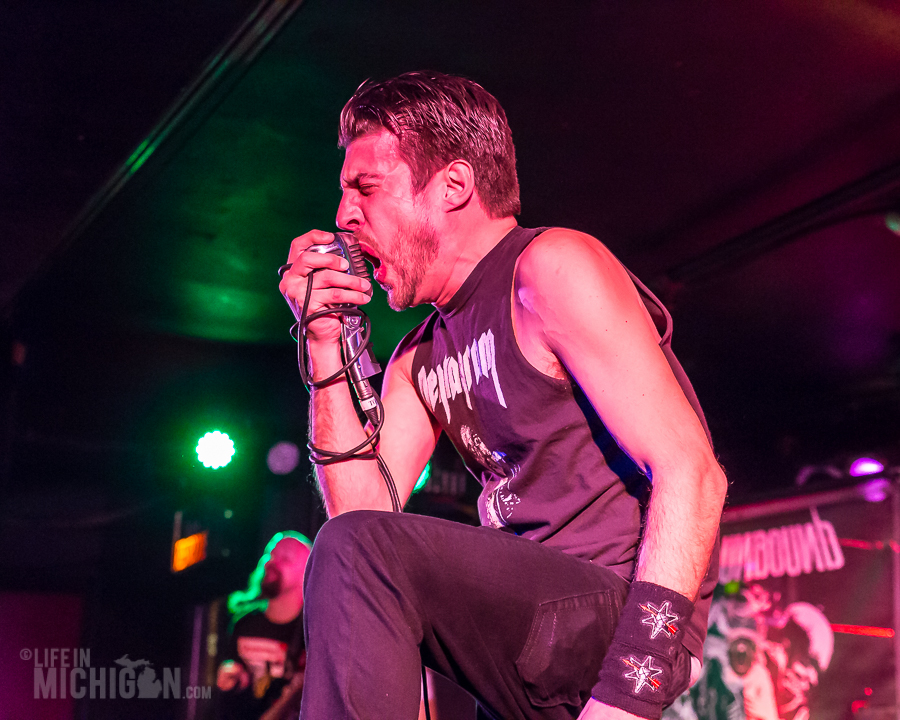 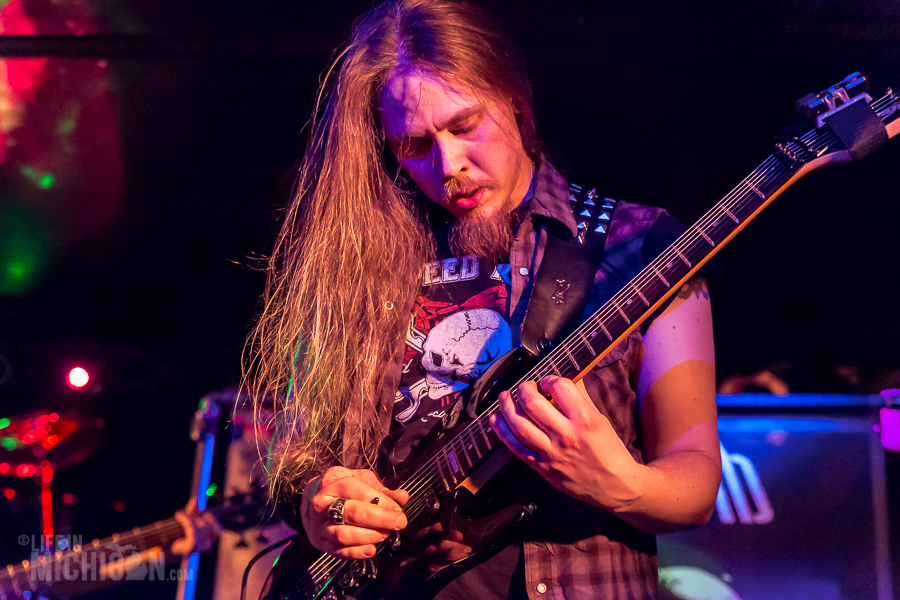 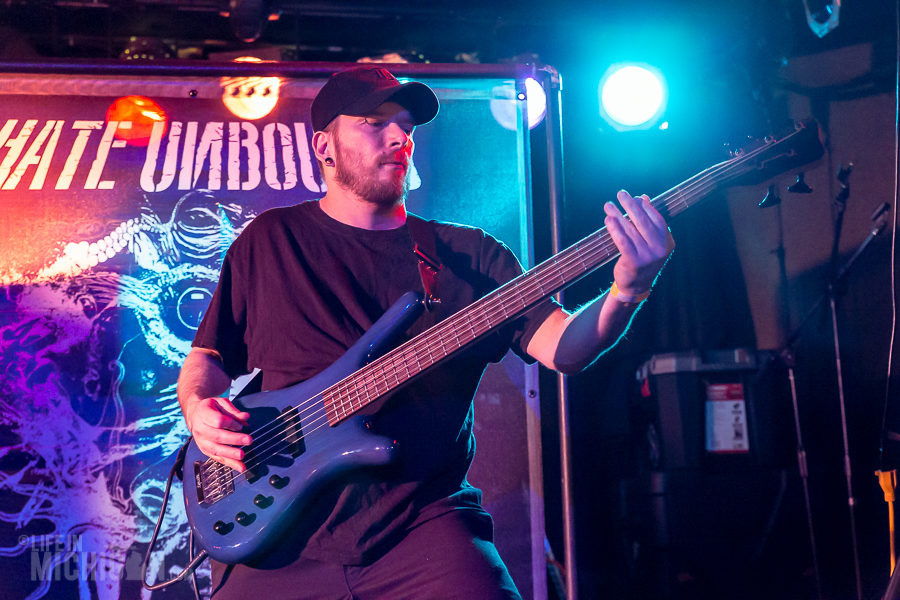 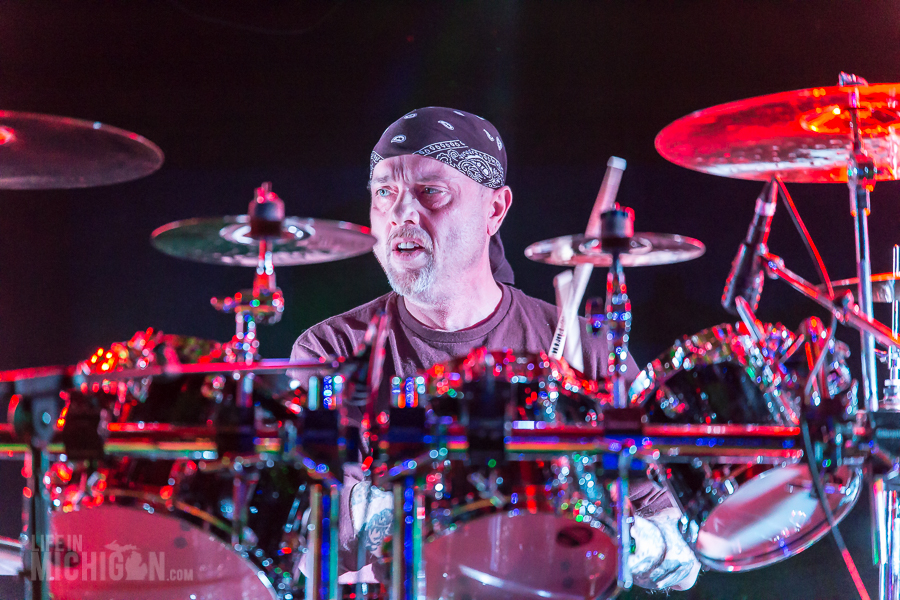 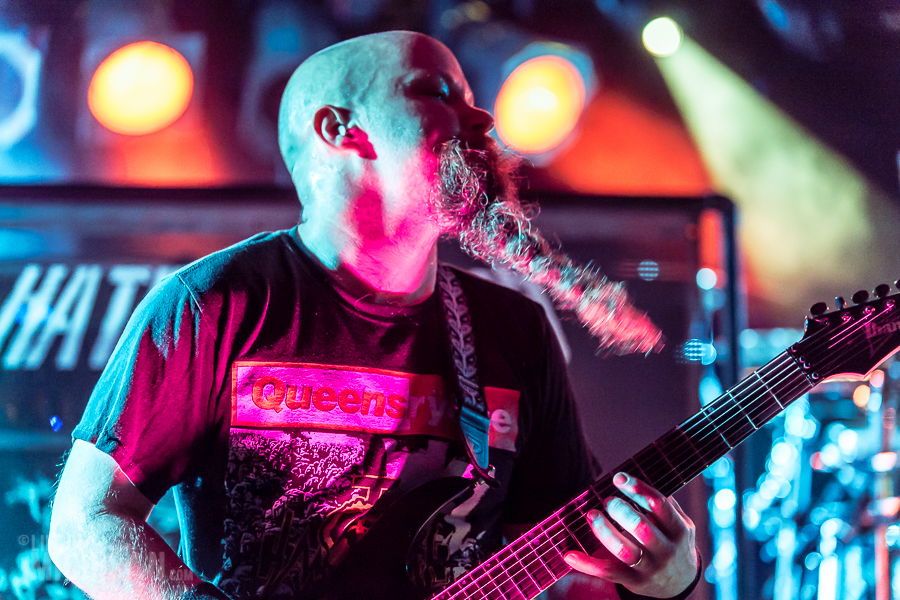 Entransient are a newer band from Grand Rapids who displayed deft musical talent combined with sublime song writing during their heavy metal bake sale performance. The guitar players Nick Hagen and Ryan Cunningham traded off on thoughtful and poetic solos that remind you of the great Alex Lifeson (Rush) and Steve Wilson (Porcupine Tree). Matt Schrauben (bass) and Jeremy Hyde (drums) were exceptional in creating compelling rhythmic structures that added depth to the bands progressive rock songs. Clean and strong vocals by Scott Martin added the finishing touch to music that had me thinking of Porcupine Tree, Opeth, and Rush. Speaking of Opeth, Entransient did a fine cover of “Harvest” which put the cherry on this delicious torte of rock music. There are more pictures over in the gallery. 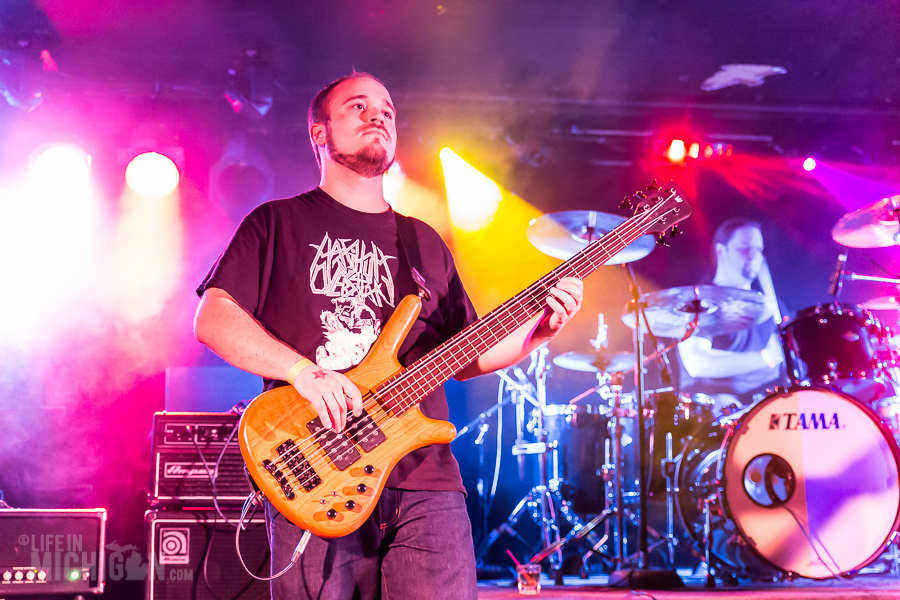 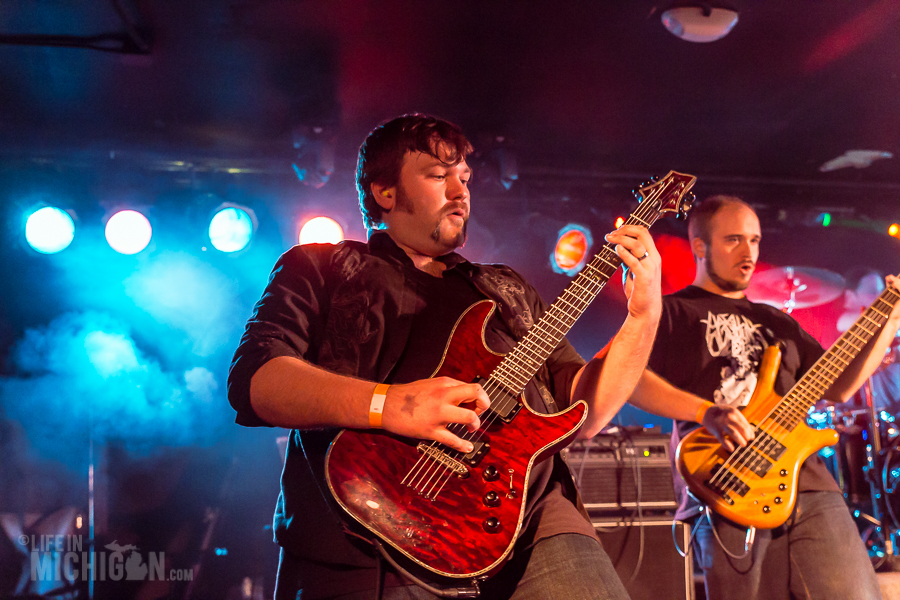 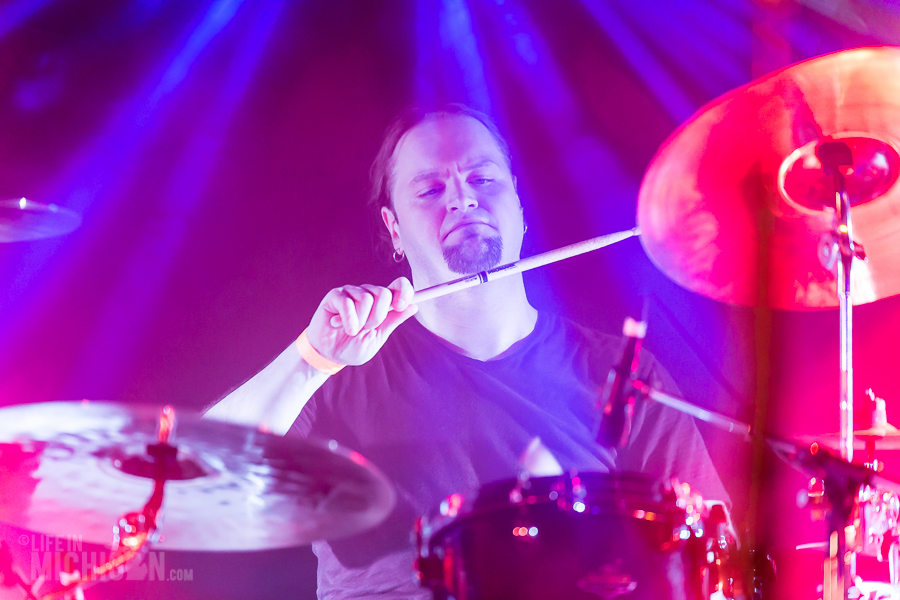 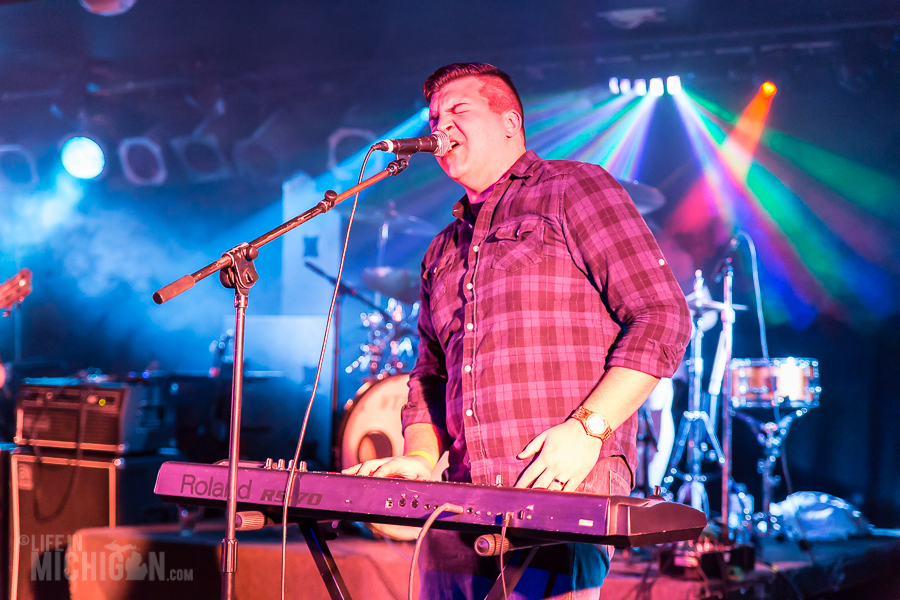 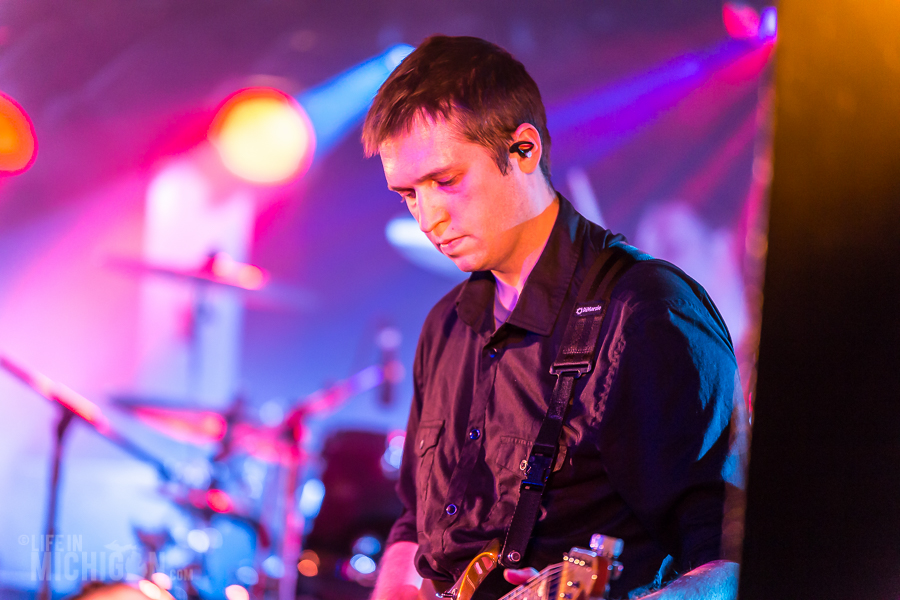 The music of Reign was powerful and aggressive with the bonus of layered vocal harmonies by Scotty Miller and Kari Stein with backing vocals by Jaimi Grumblatt (who also played keyboards). The musical tone is set by the stellar guitar work of Jarrod Grumblatt invoking comparisons to Dream Theater, Symphony X, and Queensryche. Not to be overshadowed, bass player Scott Parker and drummer Mike Klaiber showcased superb skills that intensified the bands performance. Reign added a triumphant layer of explosive music that tasted great with chocolate truffle cookies. Be sure to stop by the gallery to see more pictures of Reign. 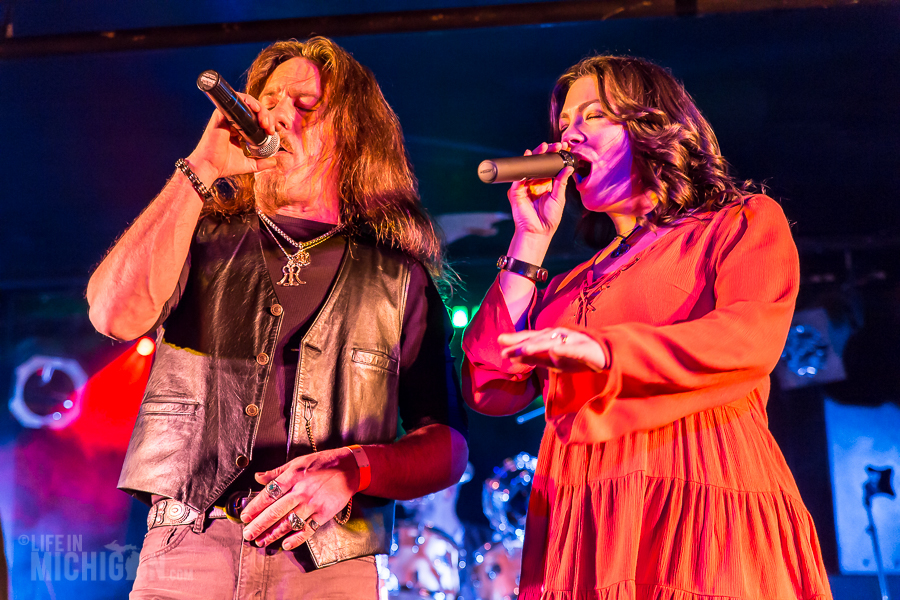 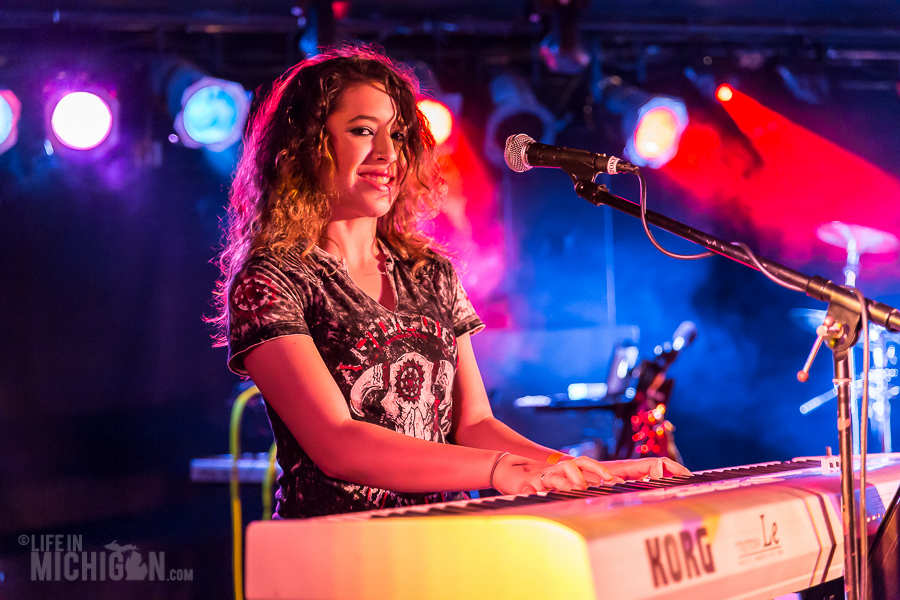 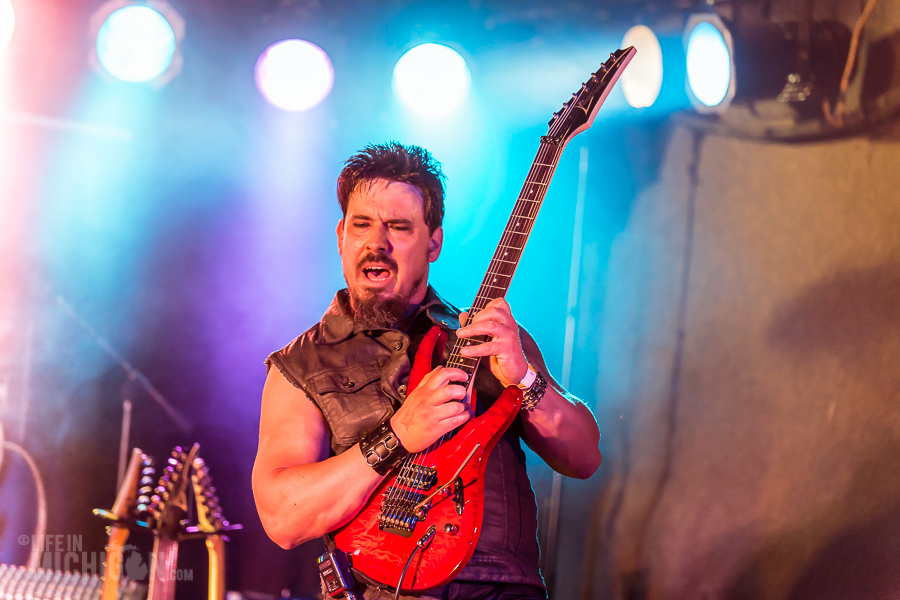 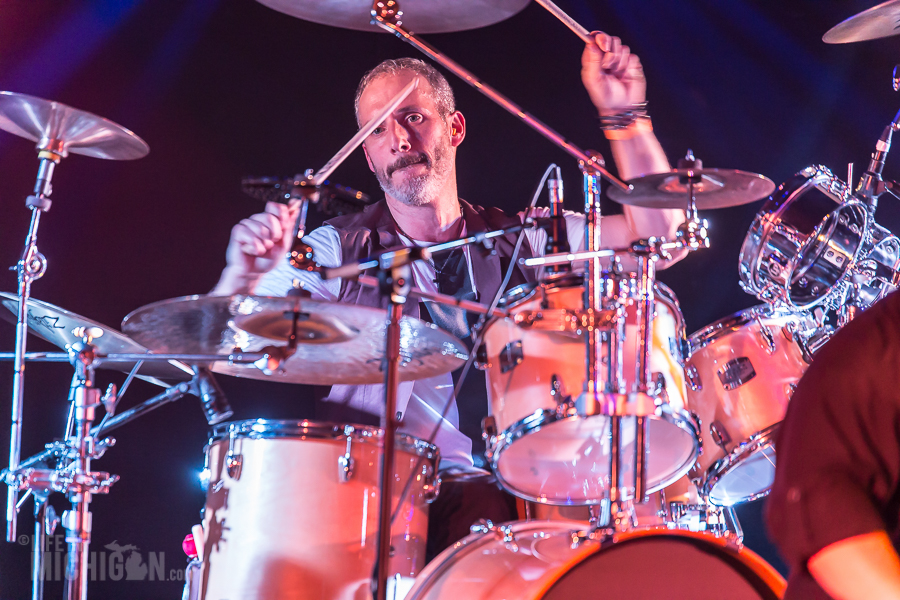 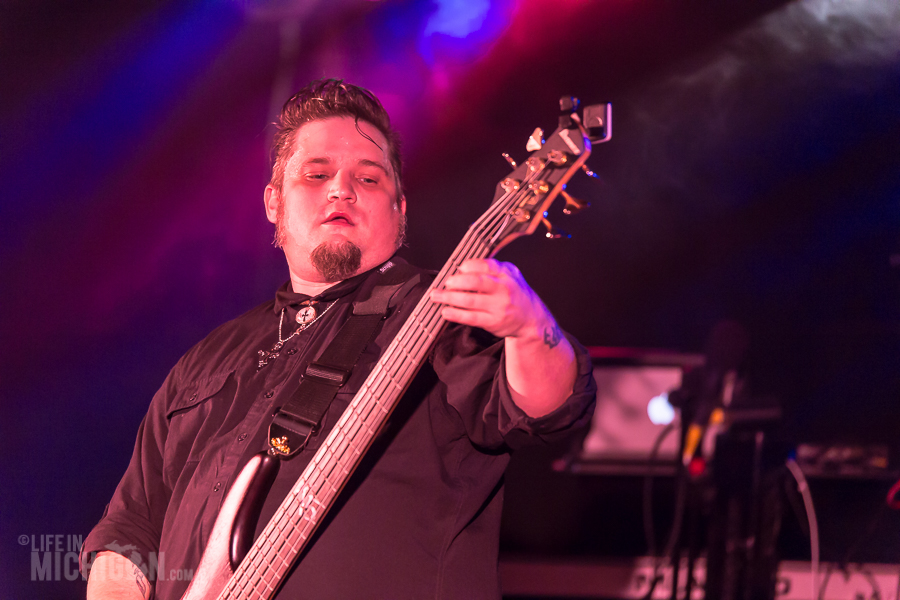 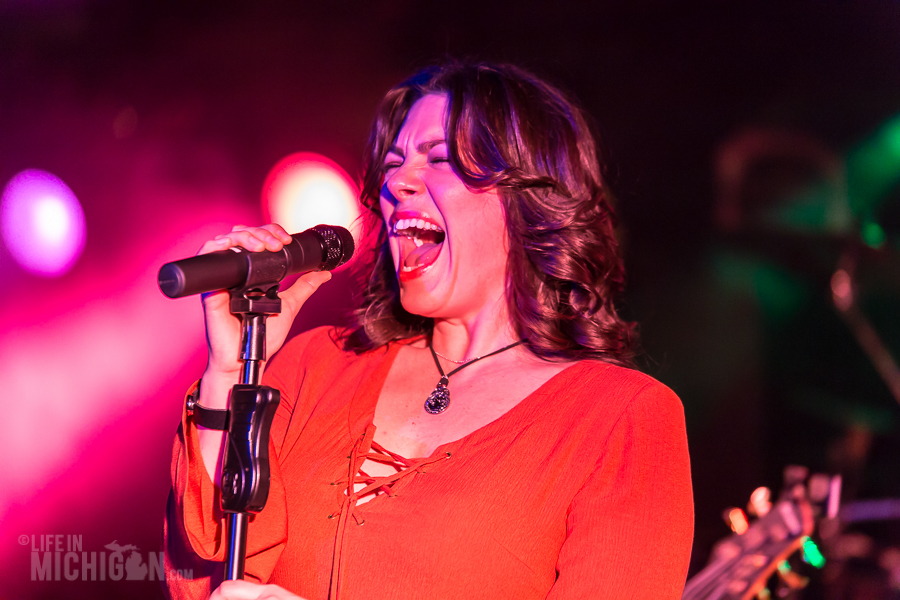 Our host for this incredible heavy metal bake sale, Imminent Sonic Destruction closed out the show in magnificent style. If Salvador Dali’s “Nature Morte Vivante” were music, it would sound like Imminent Sonic Destruction: insightful, intriguing, and impassioned. The drum work of Pat DeLeon is exquisite with thunderous double kick countered by a showman’s flair around the rest of the kit. The menacing intensity of Bryan Paxton on bass and backing vocals added both sonic and visual audacity. Pete Hopersberger on keyboards and backing vocals cast a shimmering coat on the bands heavy symphonic canvas. Last but far from least was the mesmerizing guitar work of Scott Thompson and Tony Piccoli. Tony’s final guitar solo of the evening was stupendous as his guitar wept and sang out in blazing glory. Imminent Sonic Destruction was a mouth-watering bourbon pecan pie of delight. We have more pictures of the band in our gallery. 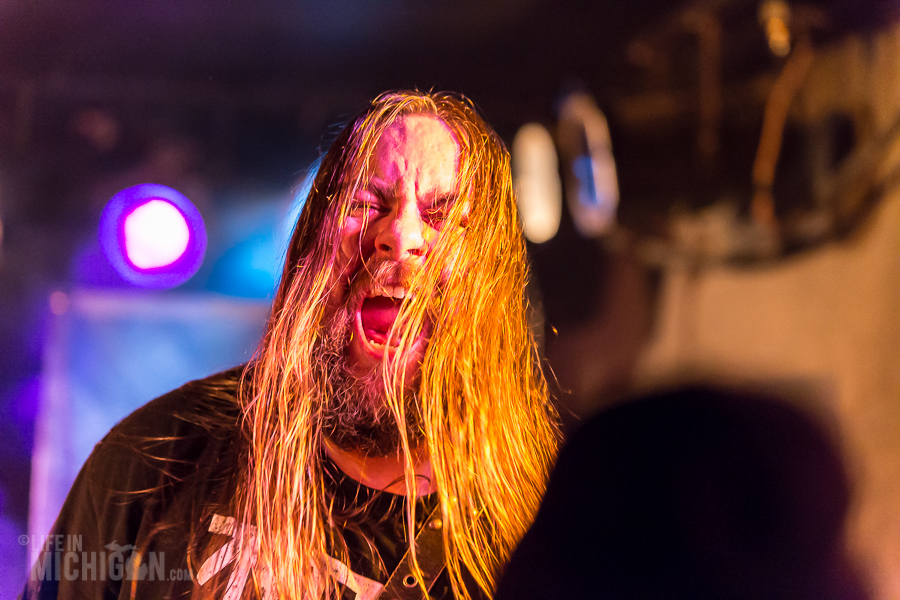 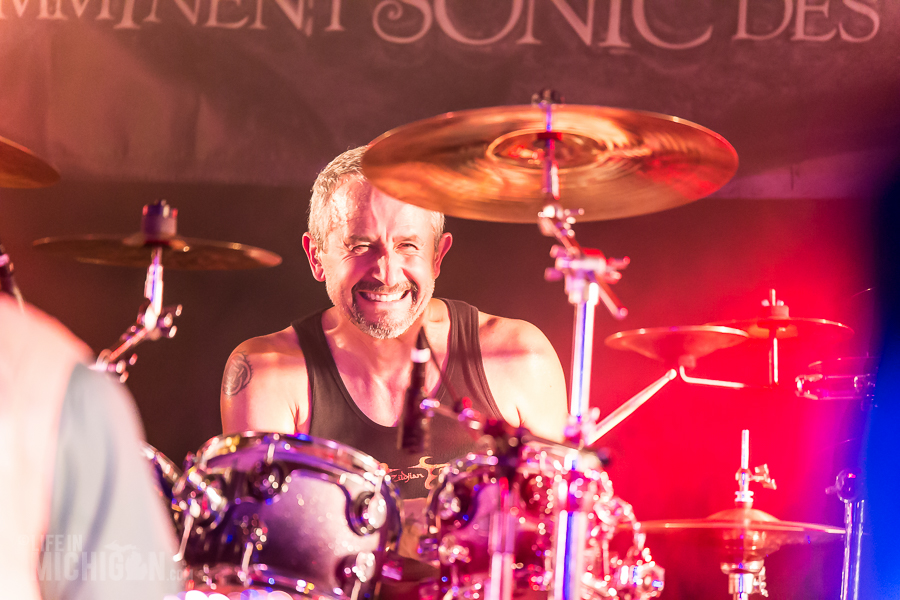 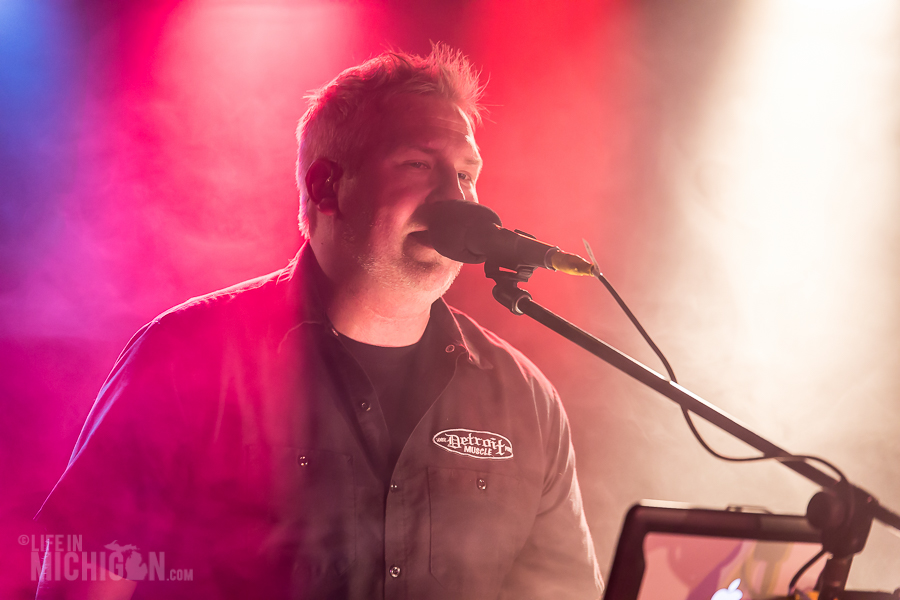 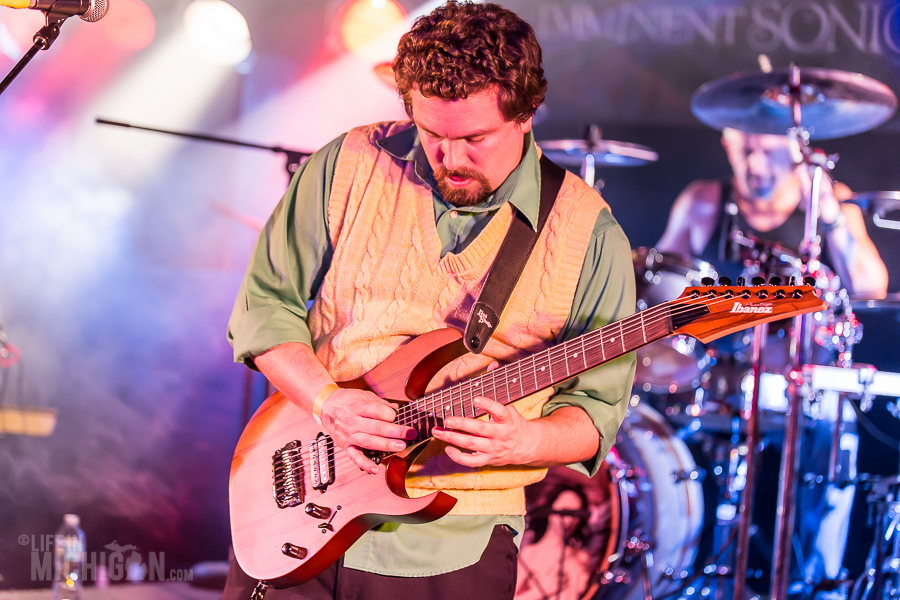 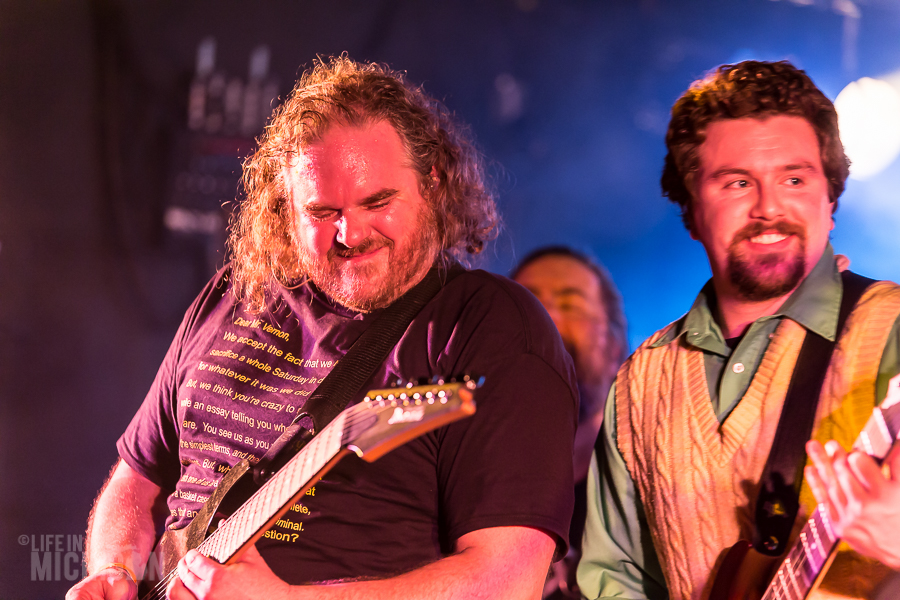 The Heavy Metal Bake Sale left everyone with full bellies and ears. Be sure to check out the music of these bands as they are rising stars in the Michigan music scene. If you attended the bake sale, let us know about it. Keep in touch with us by signing up for our email or you can find us on Facebook, Twitter and Tumblr. Cheers!