The second stop on our 2013 U.S. National Park Tour was Bryce Canyon to hike the HooDoos! This stop was sandwiched between the North Rim of the Grand Canyon and one short day at Zion before the Government Shutdown.

Chuck channeling Ebenezer Bryce, who lived in the area from 1875-1880 and the person the park is named. I’m not sure if I want to kiss him or run. 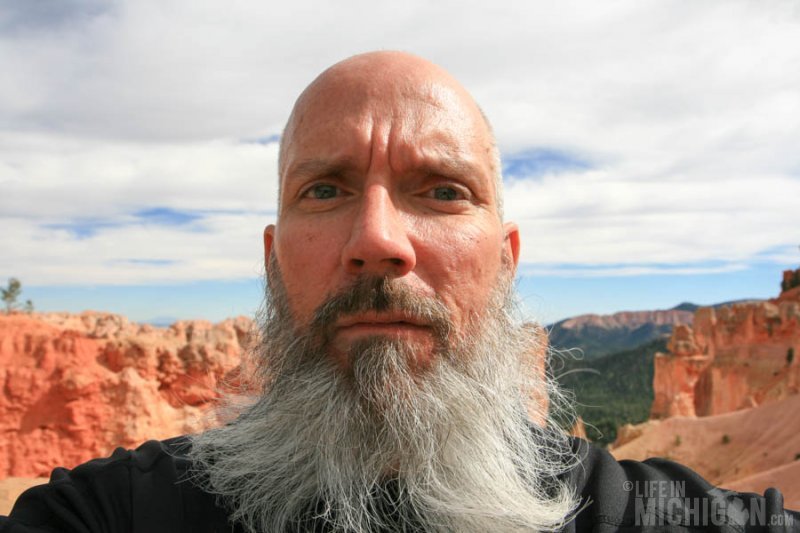 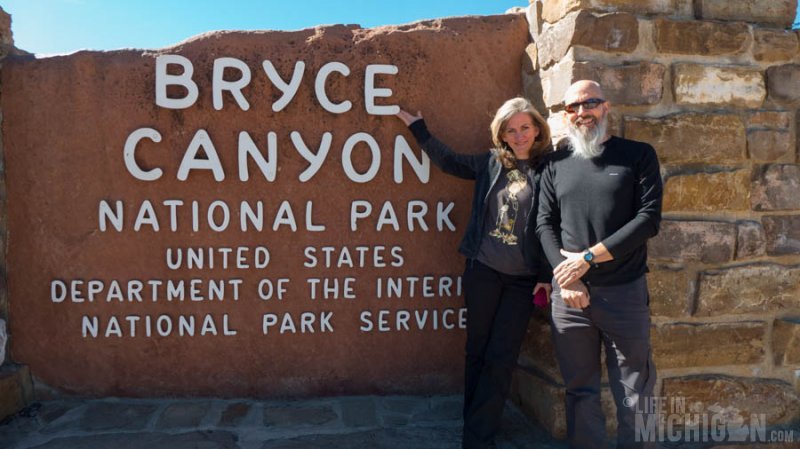 What the heck is a Hoodoo?

Hoodoo: 1. A pinnacle or odd-shaped rock left standing by the forces of erosion. 2. Cast a spell or cause bad luck 3. Voodoo. 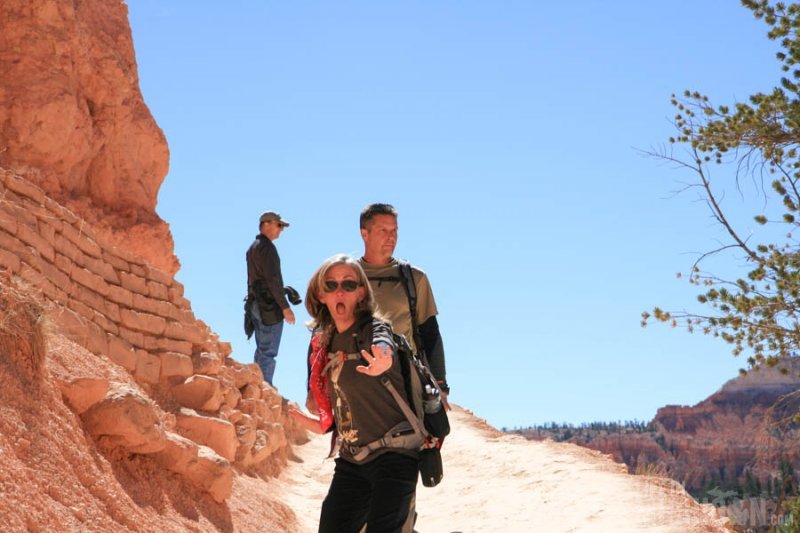 Which trails did we hike?

Bryce Canyon has 8 different day-hiking trails. I would have loved to hike them all but we only had 2 days so we prioritized: Queens/Navajo combination loop, Tower Bridge, the Fairyland Loop, Sunset to Sunrise point and a few miles of the Rim trail. A chatty waiter recommended that we drive the 18 miles to Yovimpa point and as we drive back to the entrance, stop at each point/overlook. It was actually good advice. I felt like I’d covered the canyon as best I could with our limited time. 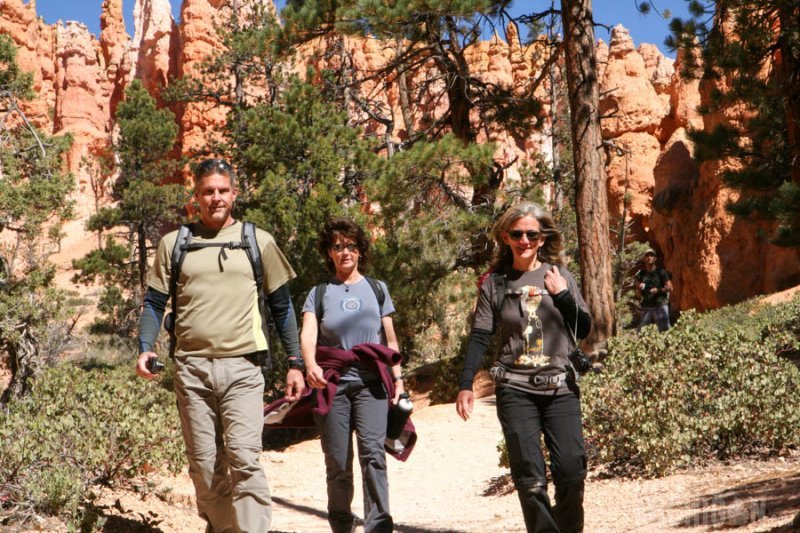 I Hiked the Hoodoos

It is a scavenger hunt intended to encourage children to enjoy the great outdoors. You must hike a minimum of 3 miles and bring a picture of a benchmark to the Visitors Center. Yes we collected the reward from the ranger! 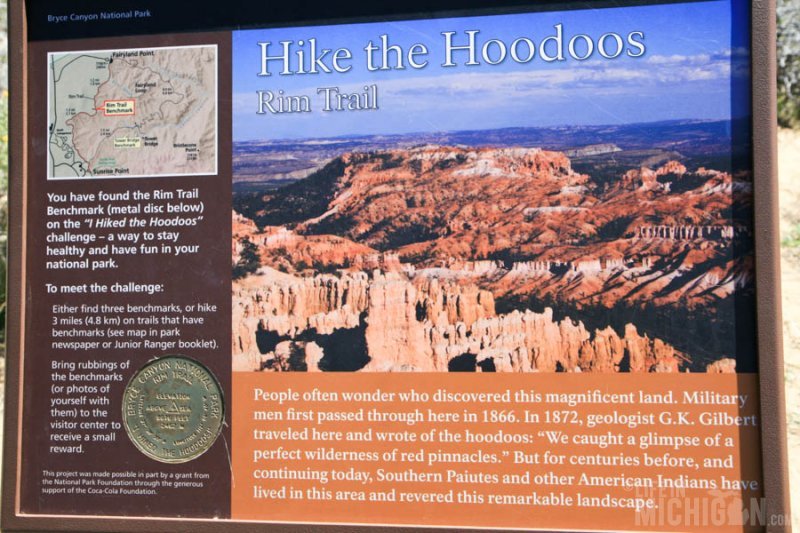 Dark Horse’s Crooked Tree  was not listed in the National Park Service trail guide but as you can see it is listed in our’s. 🙂 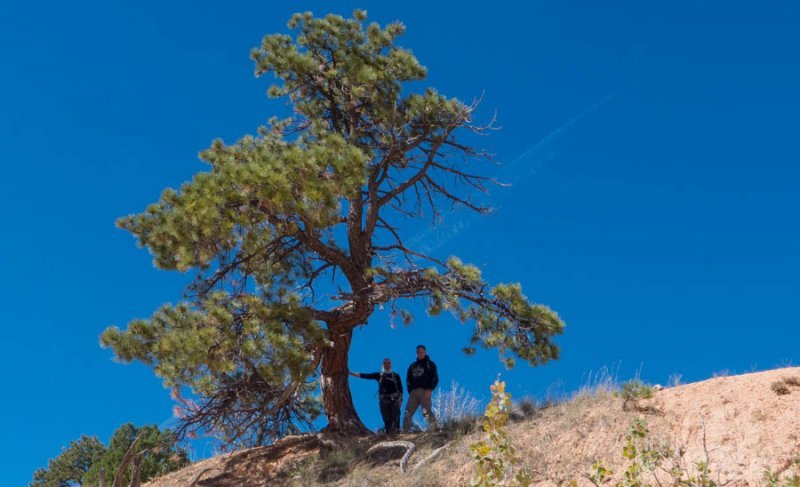 If you only have a few hours, hike the Navajo Loop and check out the Douglas Fir trees at the foot of Wall Street. 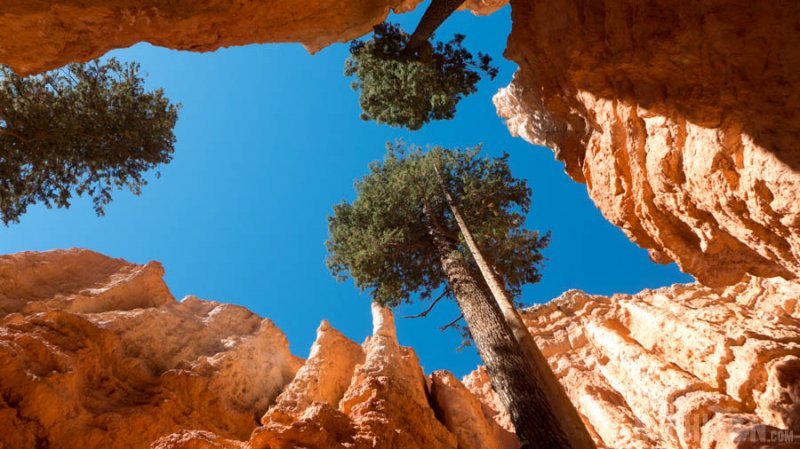 It makes you a bit dizzy. The narrows, also known as slot canyons, are formed by erosion. 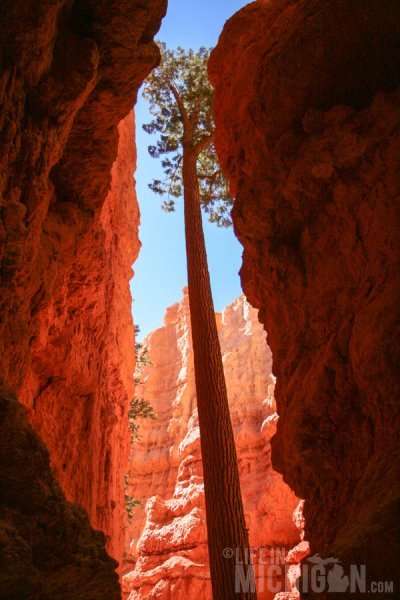 In the movie, 127 Hours, a canyoneer became trapped in a slot canyon in southeastern Utah. You can certainly see how that can happen.

This section of the Navajo Loop is called Wall Street and reminded me of San Franciso’s Lombard Street. There are many switchbacks and it was crowded but worth the effort. 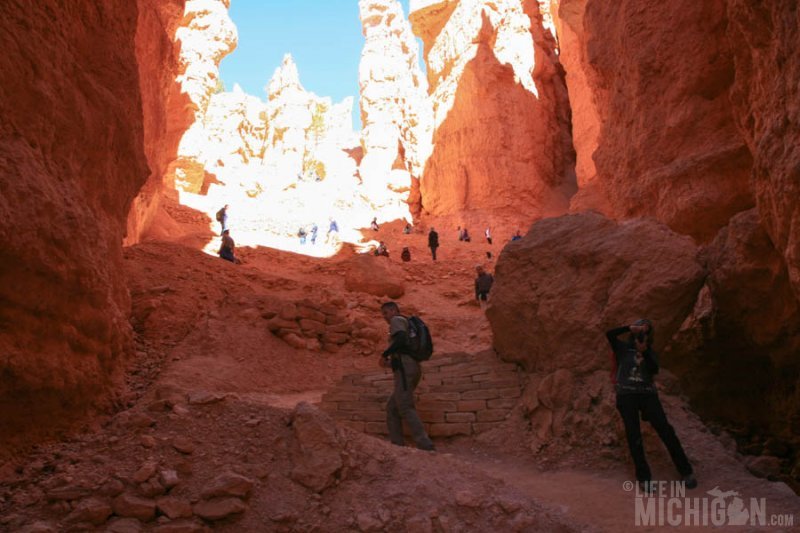 This HooDoo has voodoo…. It is also one of the attractions on the Navajo Loop. 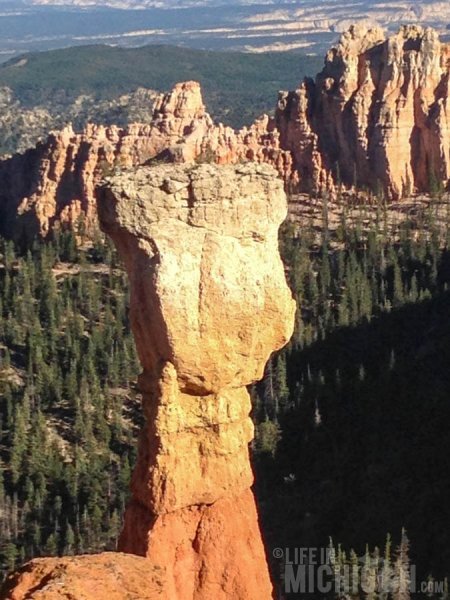 We picked up the Navajo trail from the Queen’s Garden trail. Chuck and Jeff didn’t want to miss Thor’s Hammer so they also hiked the Navajo Loop starting from Sunset Point. Angie and I opted for a beer at the General Store, like I said, “Priorities.” The view looking down the Navajo trail. 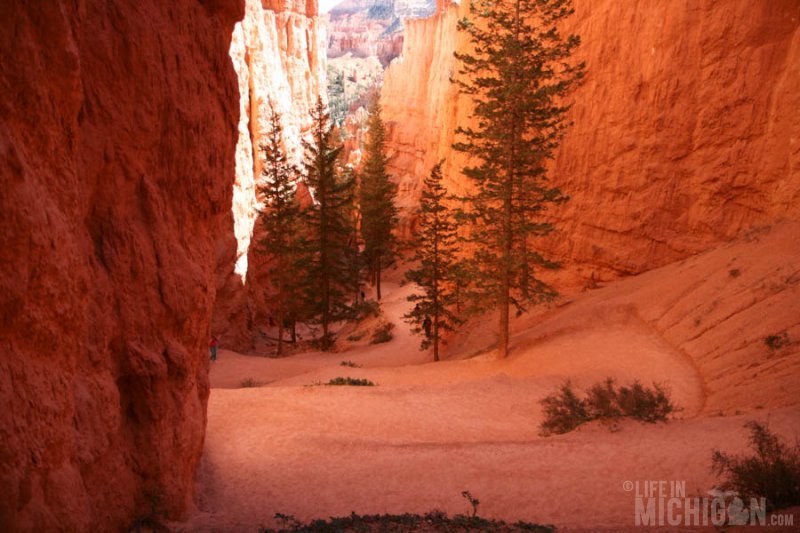 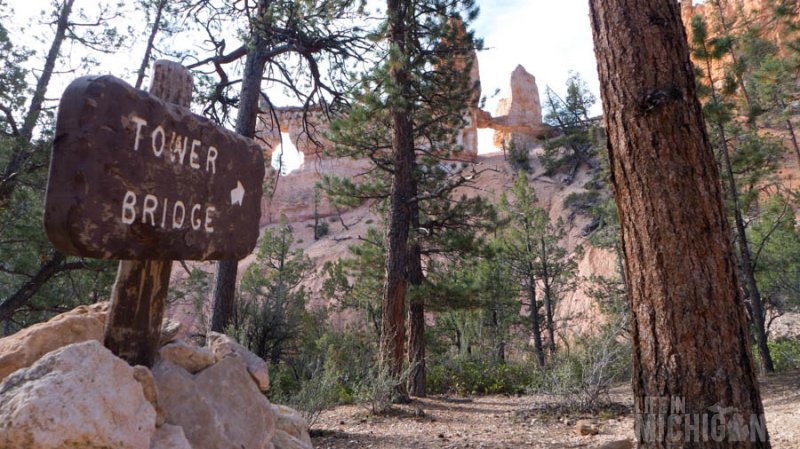 This 8 mile loop is listed as strenuous in the trail guide. I personally wouldn’t rate it as strenuous more of a moderate hike. If you have most of the day, take the time to hike the Fairyland trail! I think we saw a dozen hikers on this trail which was nice. Plus you have views of the China Wall, the Sinking Ship and Fairyland Canyon. 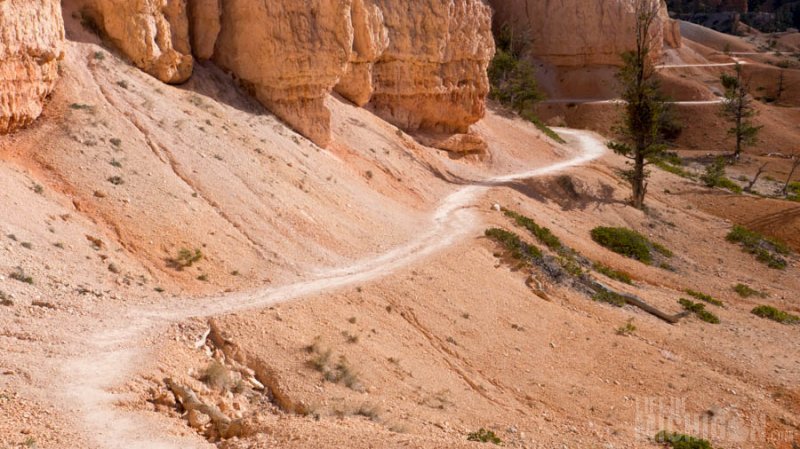 I got clarification from another hiker, the Sinking Ship is the middle of the picture below. The tree branch is pointing at it. It is shaped like a triangle. The Table Cliff Plateau is behind it. 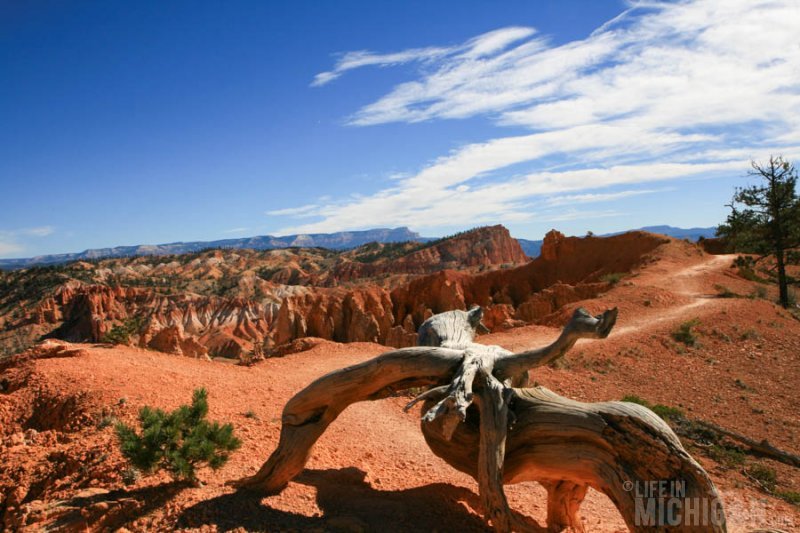 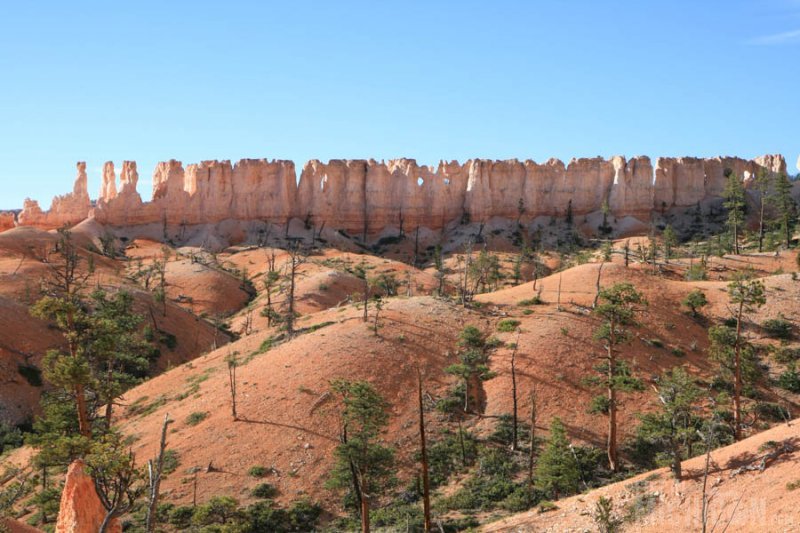 A Ranger at the Visitor Center recommend starting at Sunrise Point and ending at Fairyland Point to hike the Fairyland Loop. He thought the elevation changes were less strenuous that way. I don’t think it matters. Another hiker on the Fairyland trail said he saw antelope frociling in the meadow along the Rim trail. Yeah, I think he was imagining things I didn’t see any. 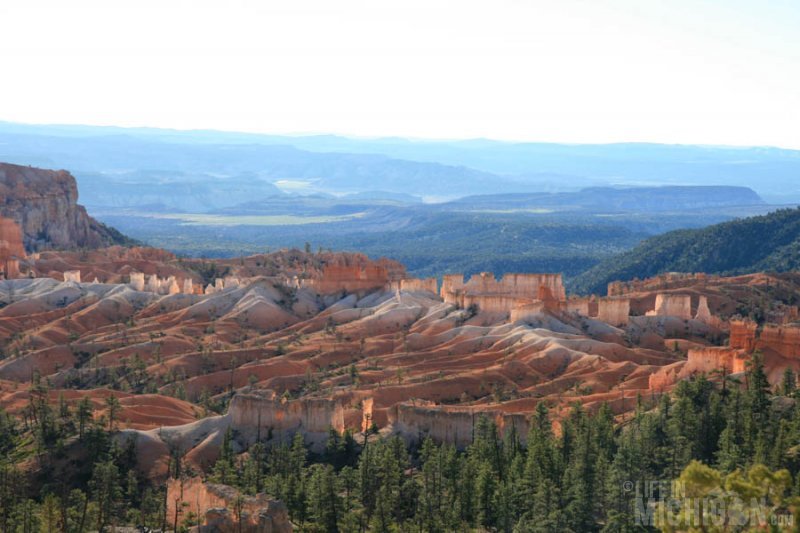 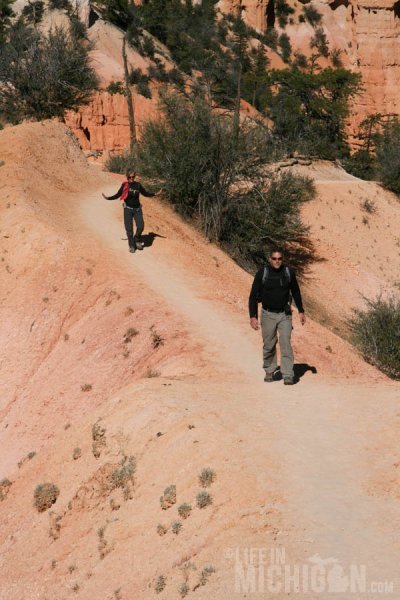 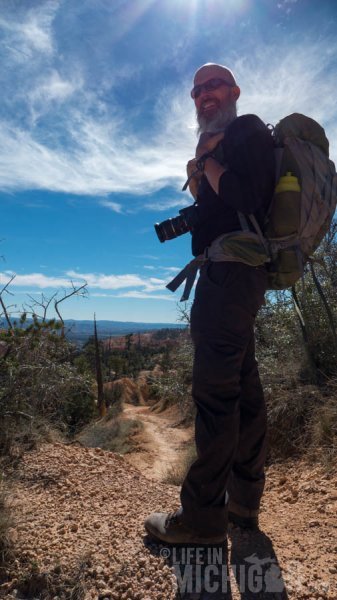 You can never get a private moment with Ebenezer around…. 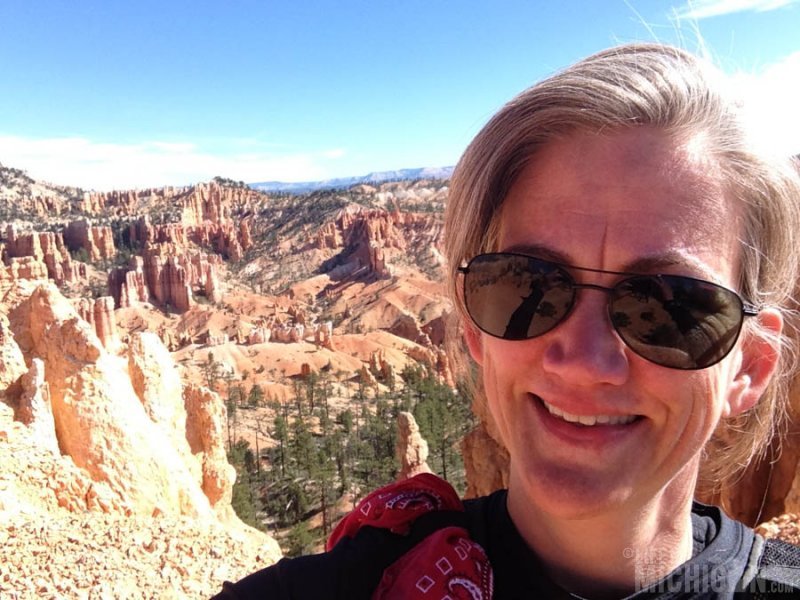 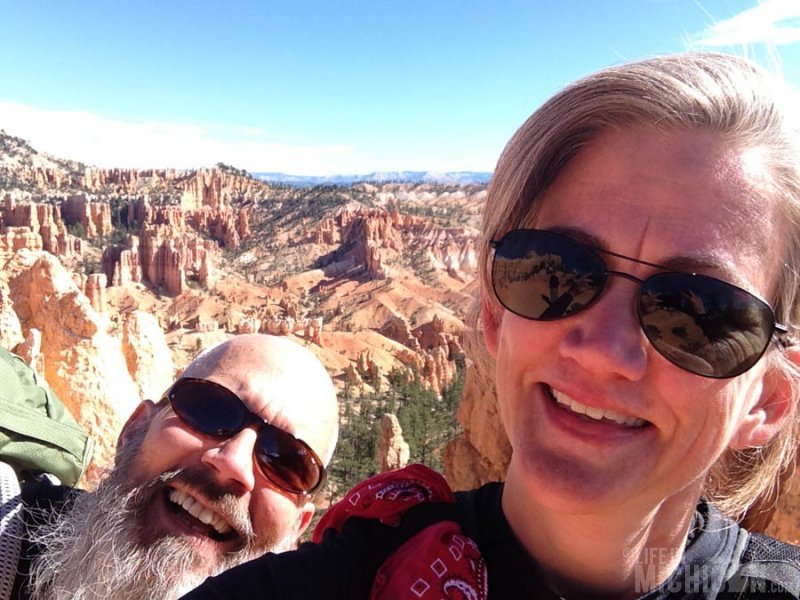 One of the first things we noticed on the Fairyland trail is the color of the sky! It was the most amazing azure blue. 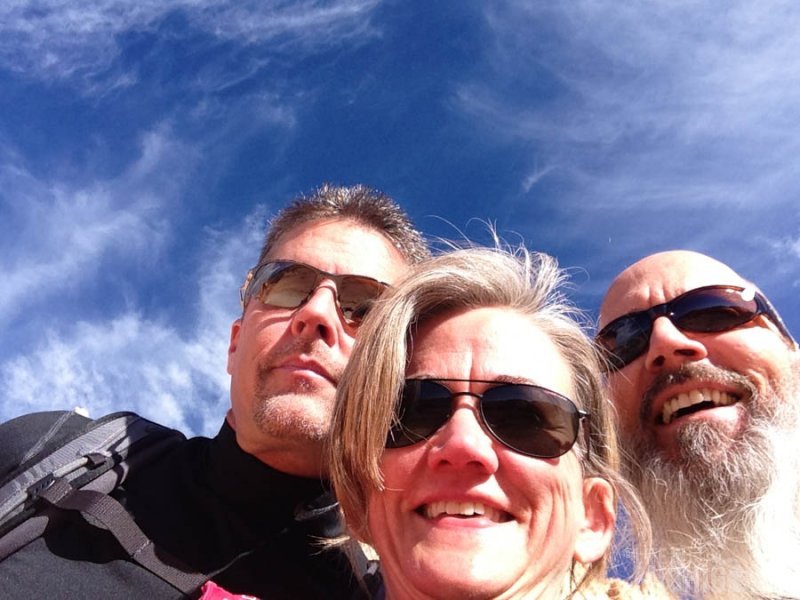 We have so many wonderful pictures in our gallery! I hope you’ll check them out. If you enjoyed our Bryce Canyon tour, I bet you would also enjoy our Grand Canyon adventure.
Follow my blog with Bloglovin