So Chuck! What are we doing today?  Chuck’s response while we were in Susanville, California running our first 50K Ultramaraton, “Hiking in the Lassen Volcanic National Park.” Most people rest before running a 50K, not us, we hiked 20 miles. 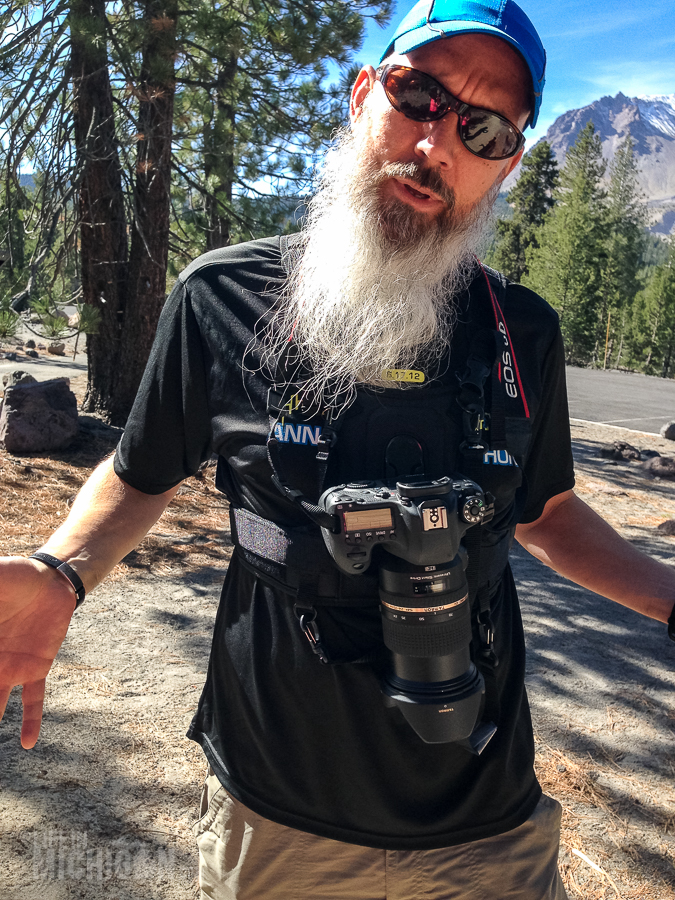 It is currently sleeping. The last eruption was in 1915. 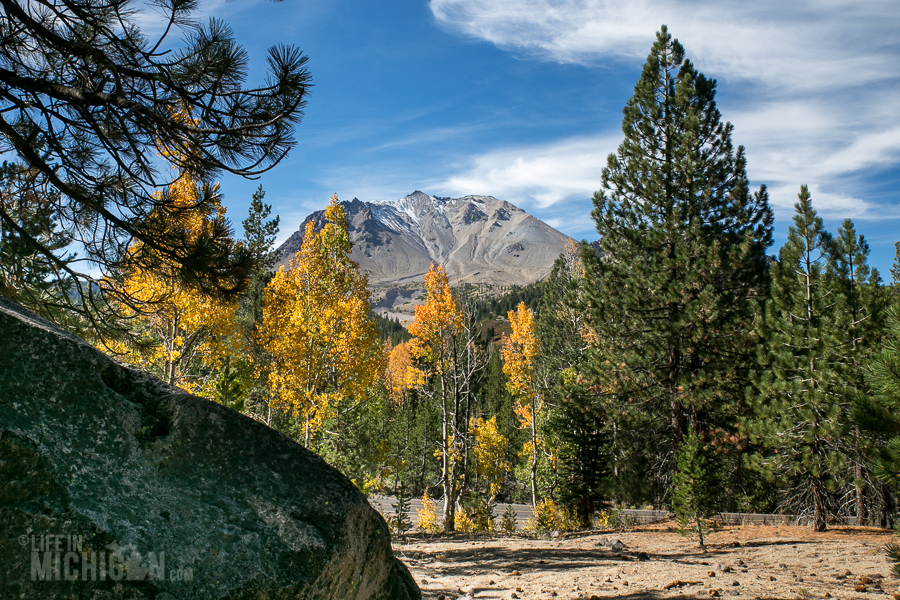 We stopped at the Loomis Museum to chat with the Rangers and get our bearings. 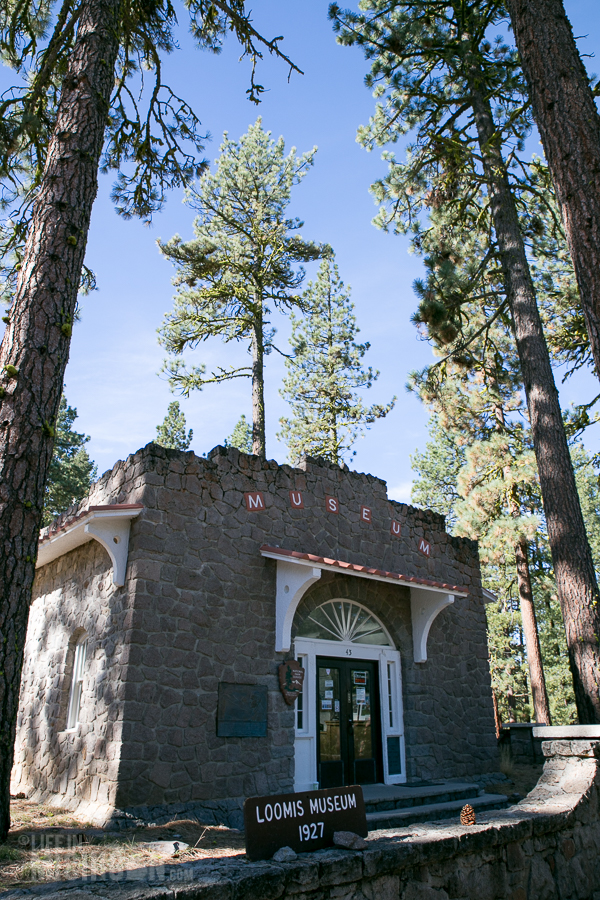 We also peeked in the windows of the seismograph building. 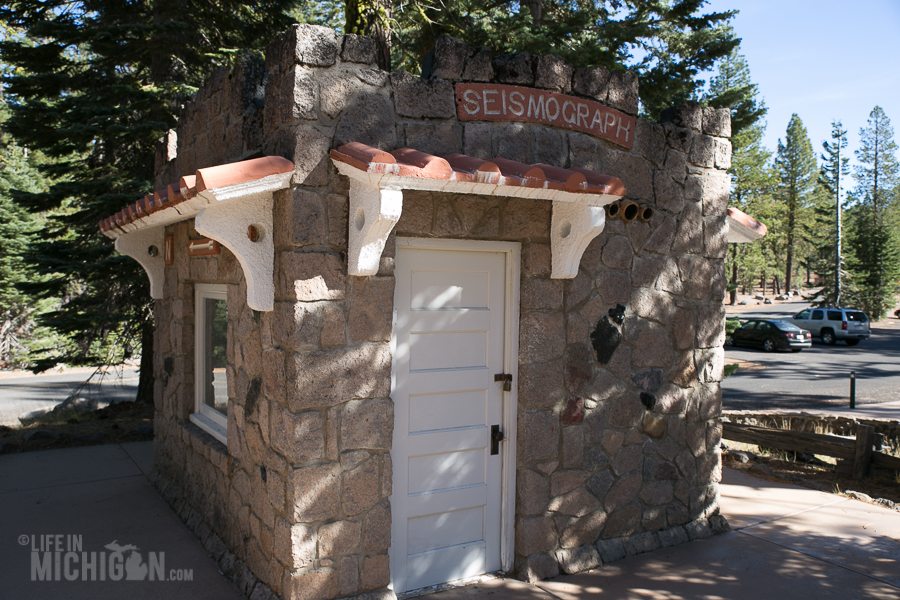 According to the tour book we purchased at the Loomis Museum, “This enormous chunk of rock came from the summit of Lassen Peak, swept here by the May 19-20, 1915 avalanche and mudflow. At about 30 tons (60,000 lbs) it weighs about as much as a fully-loaded semi-truck”. The rock is no longer hot, but Jeff and I are still pretty hot. 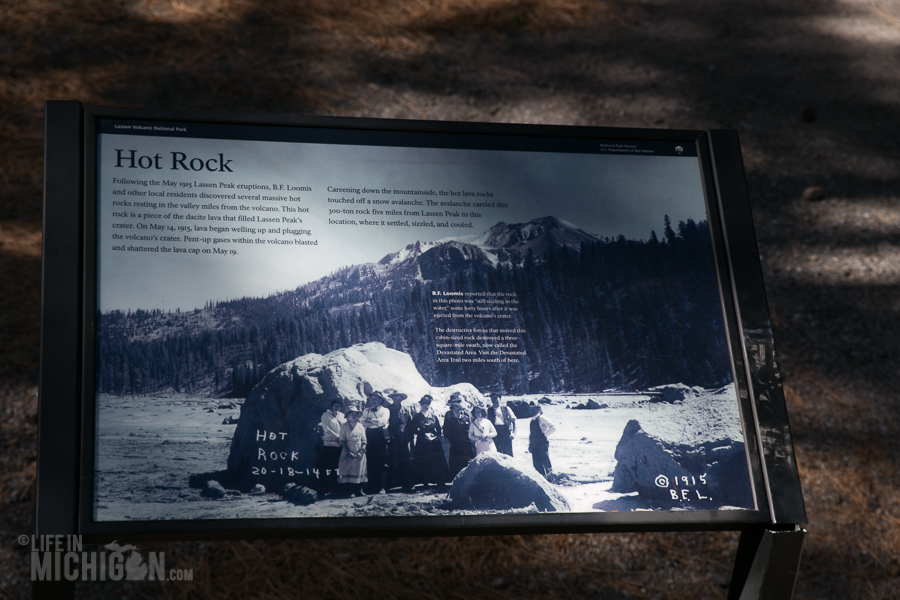 Next stop was the “Devastated Area.” At this stop there is a short, easy interpretive trail that explains what happened during the volcanic eruption. It was here Chuck discovered 7 carloads of pre-teens were on a field trip in the park. They wheeled into the parking lot not long after we arrived. The look of terror on Chuck’s face was priceless. He quickly snapped a few pictures and herded us into the Tahoe. Much to Chuck’s chagrin, the tweens were always close behind us. 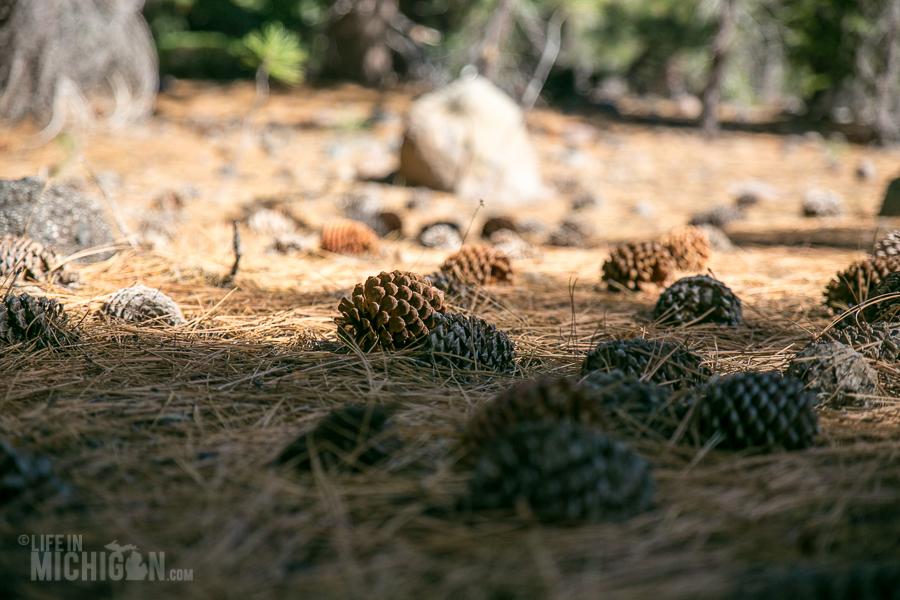 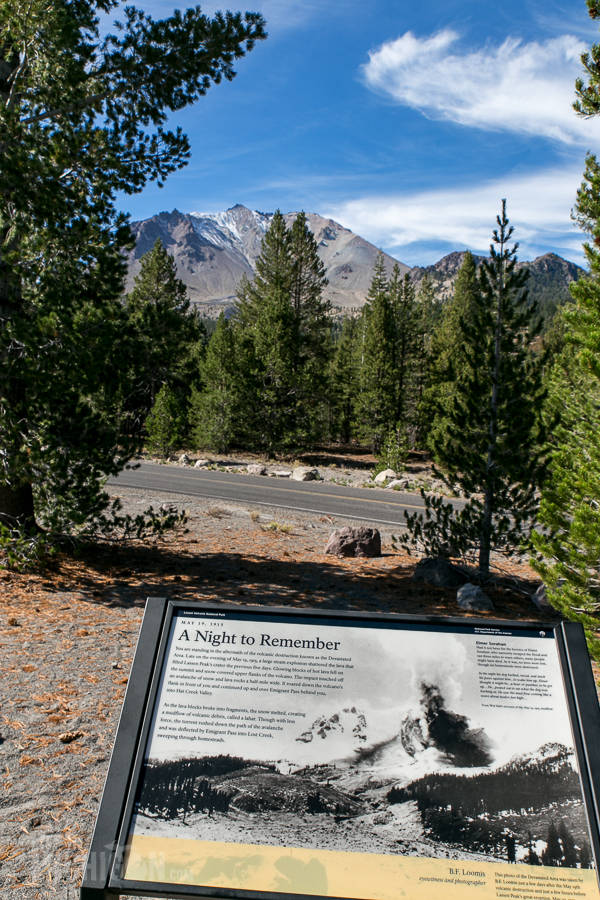 We avoided the tweens by hiking to Kings Creek Falls. 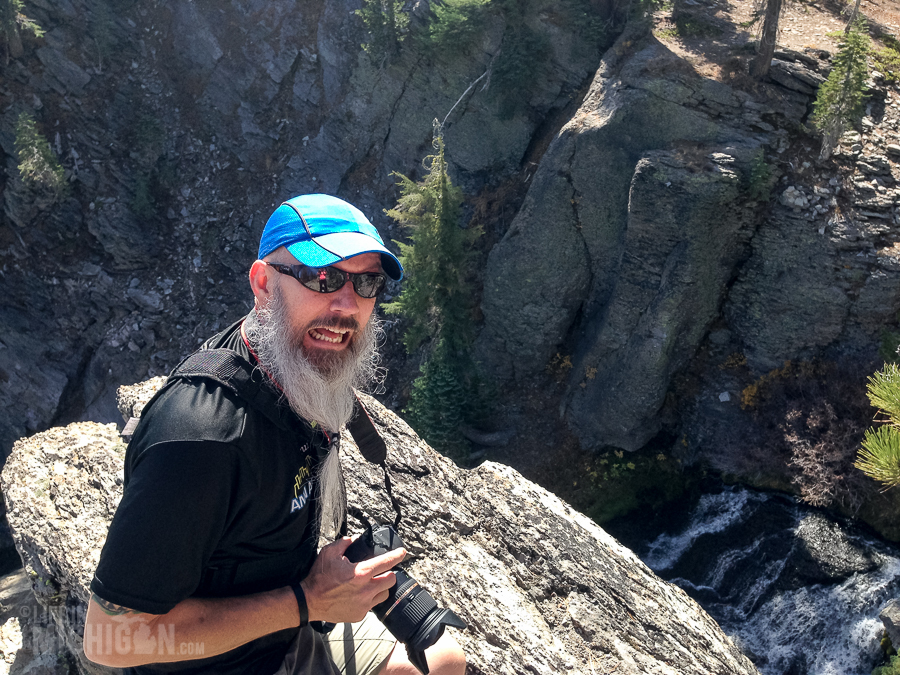 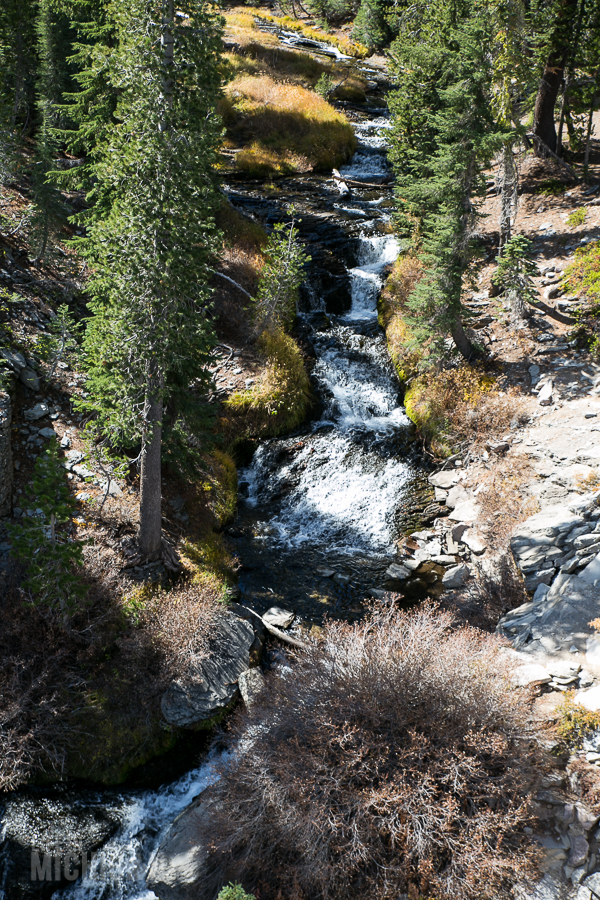 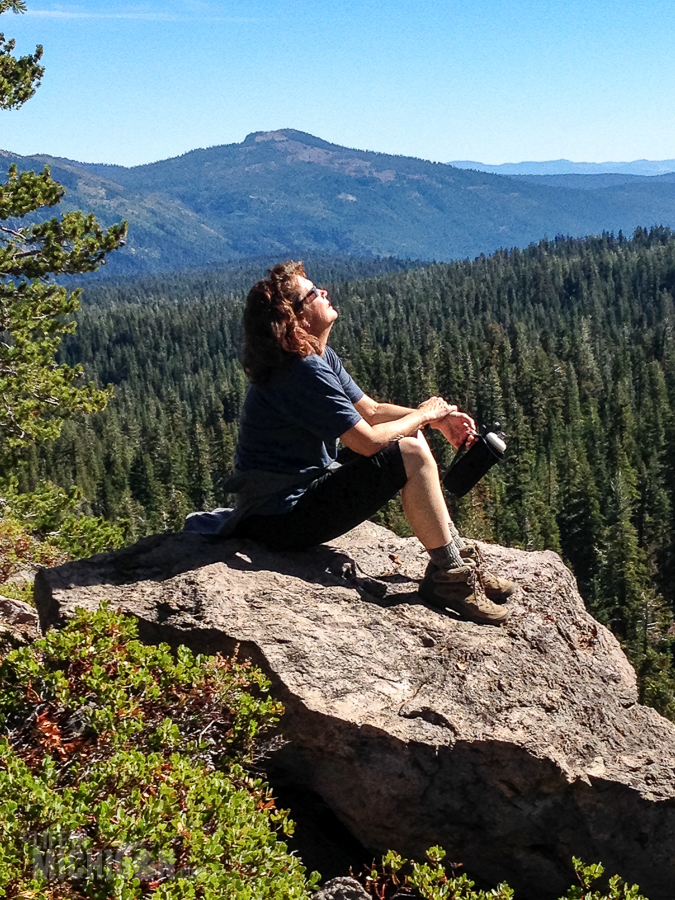 Pew! Kendall Vanhook Bumpass found this area in 1864 which is why it is called “Bumpass Hell.” Angie and I didn’t enjoy the smell, but of course the tweens that were following us loved it! There are no geysers, but it is the same as the geothermal areas in Yellowstone. 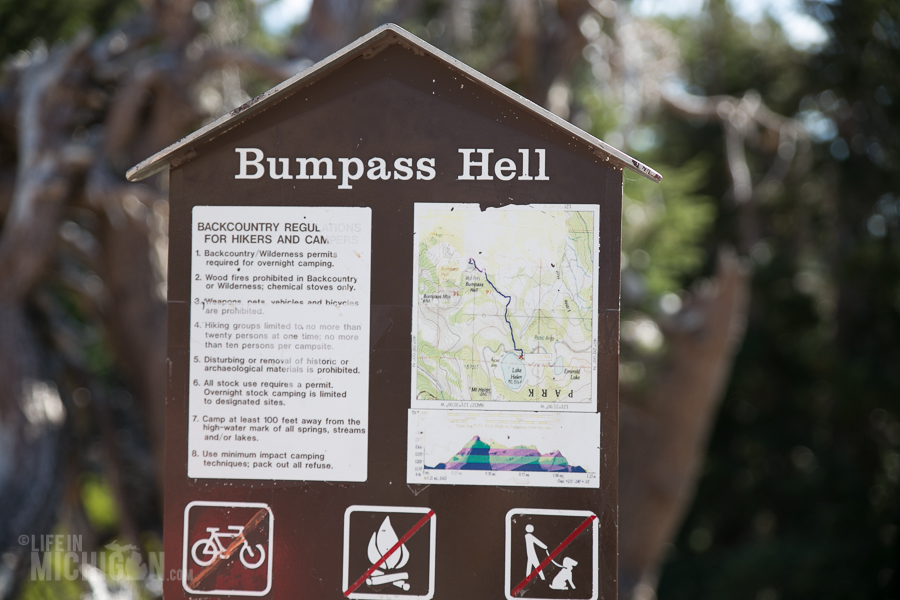 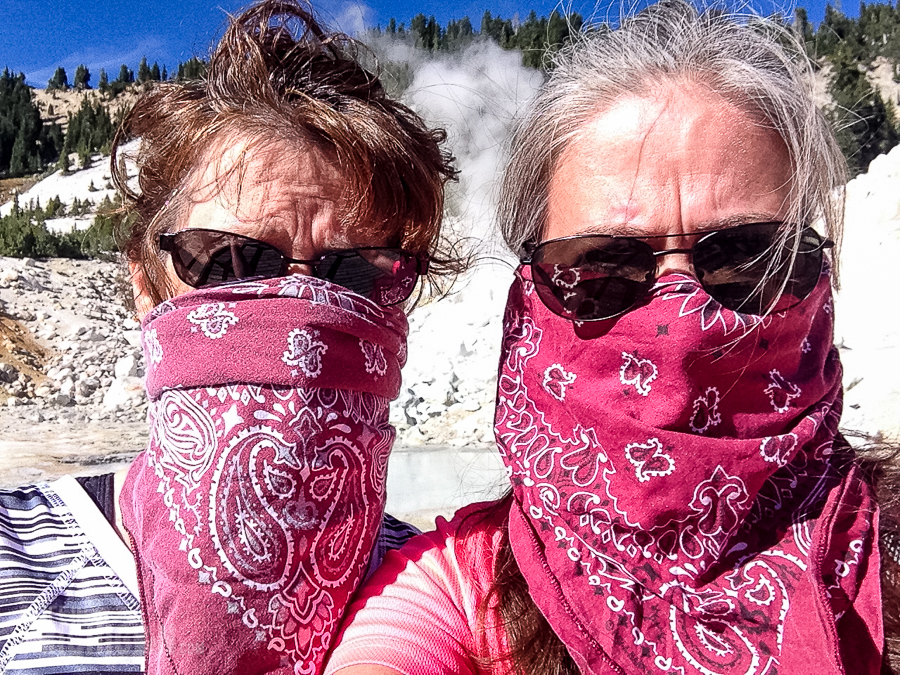 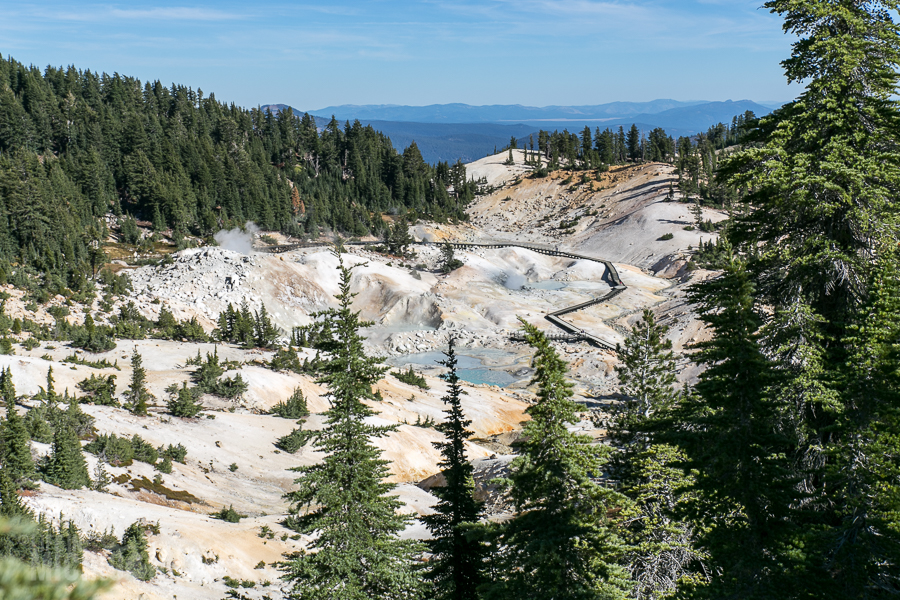 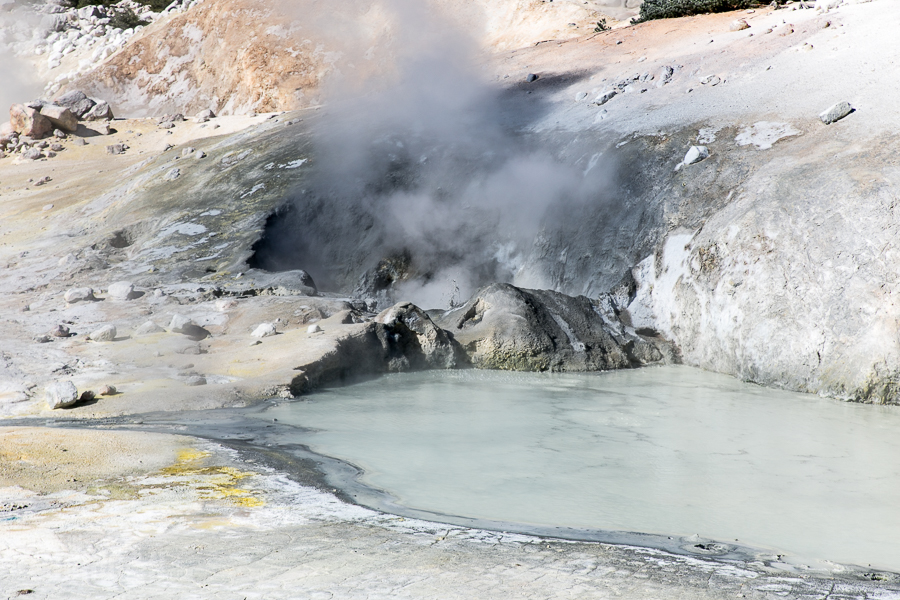 We gazed at Lake Helen just before our trek to Bumpass Hell. 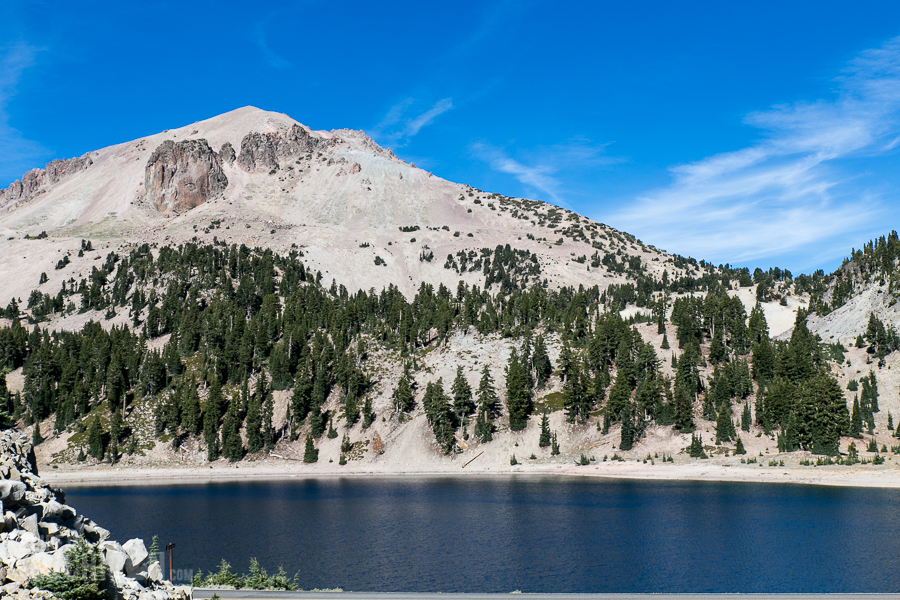 We ended our day with a hike to Emerald Lake. It is extremely shallow and you can see to the bottom. No kids, and very peaceful. 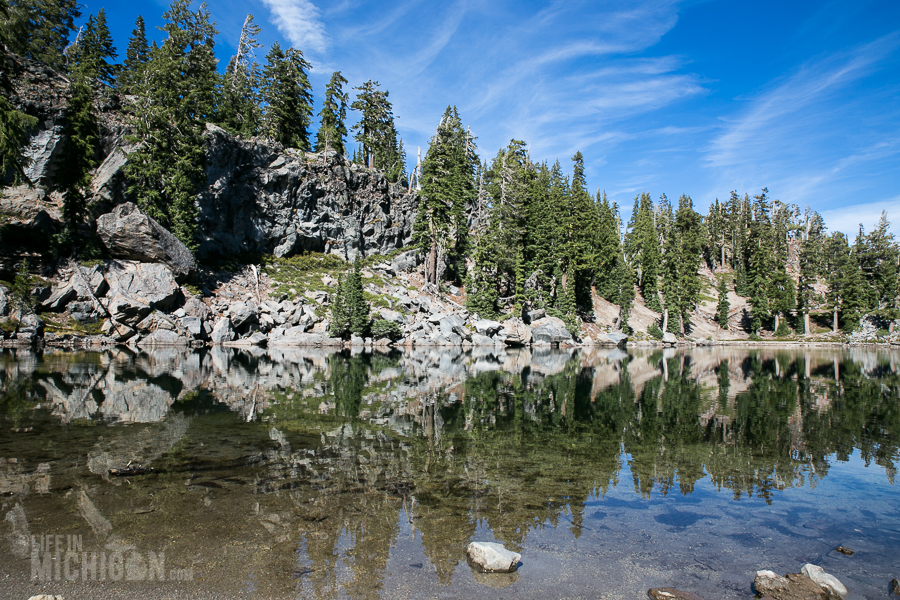 We have more photos from our excursion on day one in our gallery.

So Chuck! Where are we going today? 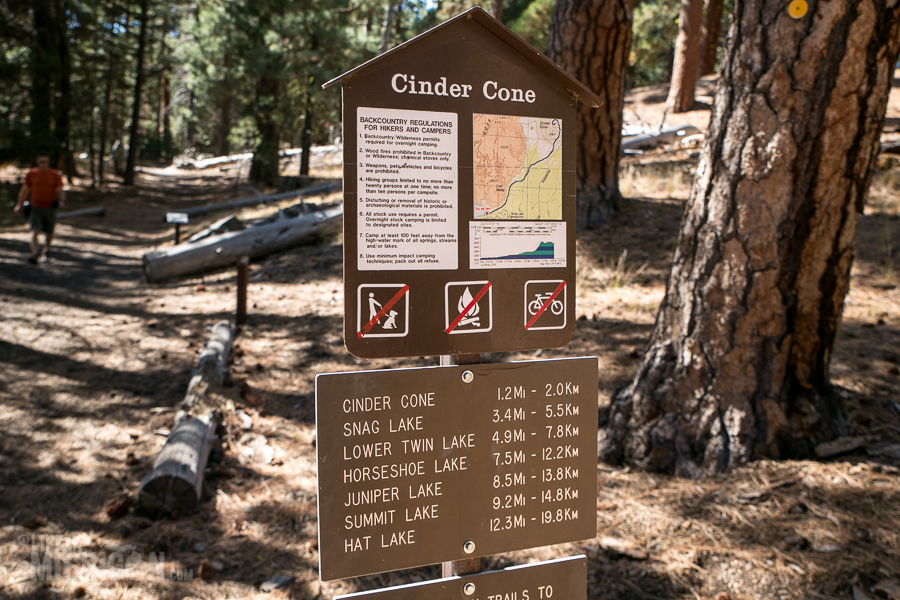 With the prospect of the 50K looming on the horizon, we opted for the short hike to the Cinder Cone. It was very sandy and very much a workout. 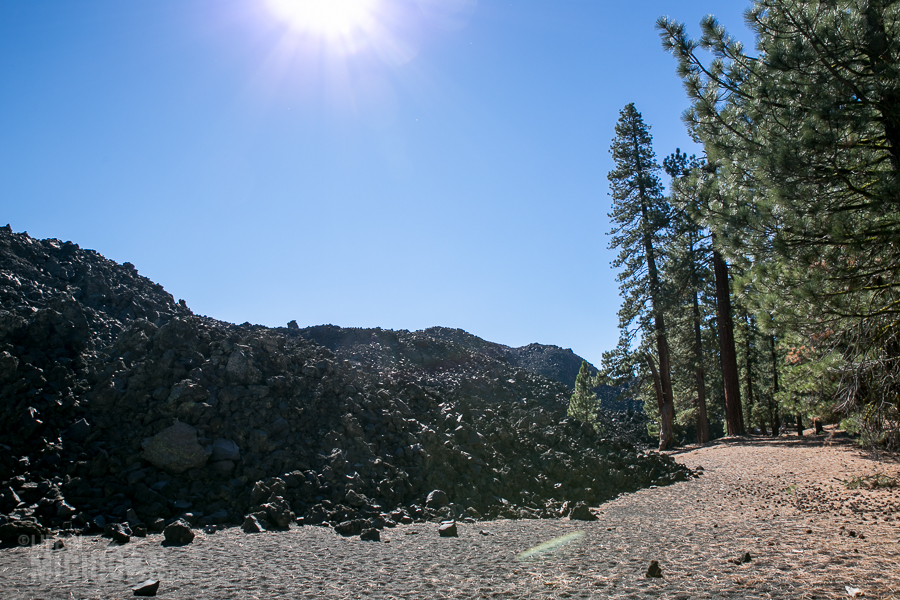 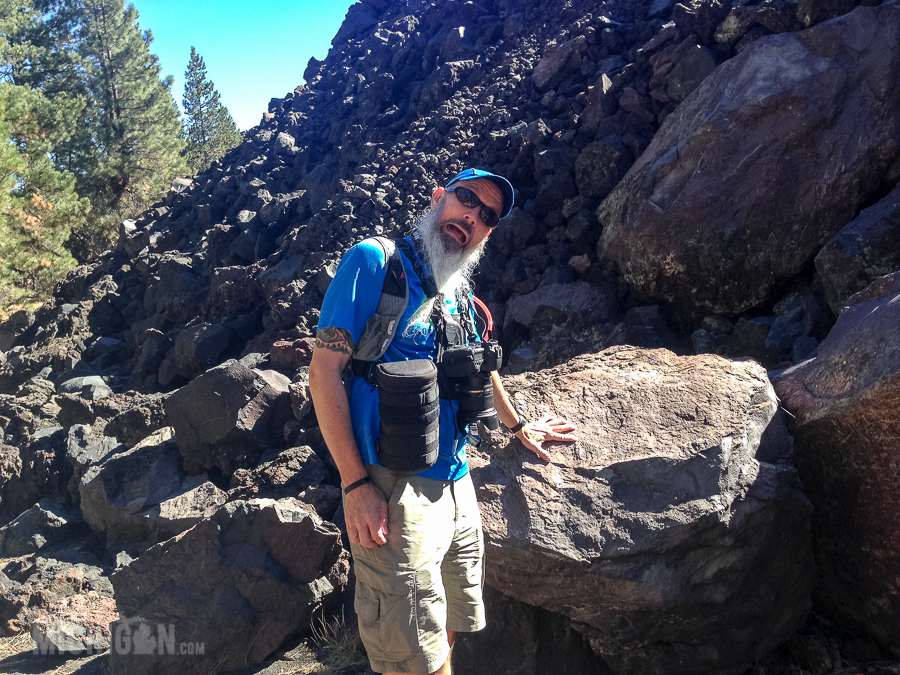 A section of the Nobles Emigrant Trail passes south of Cinder Cone. 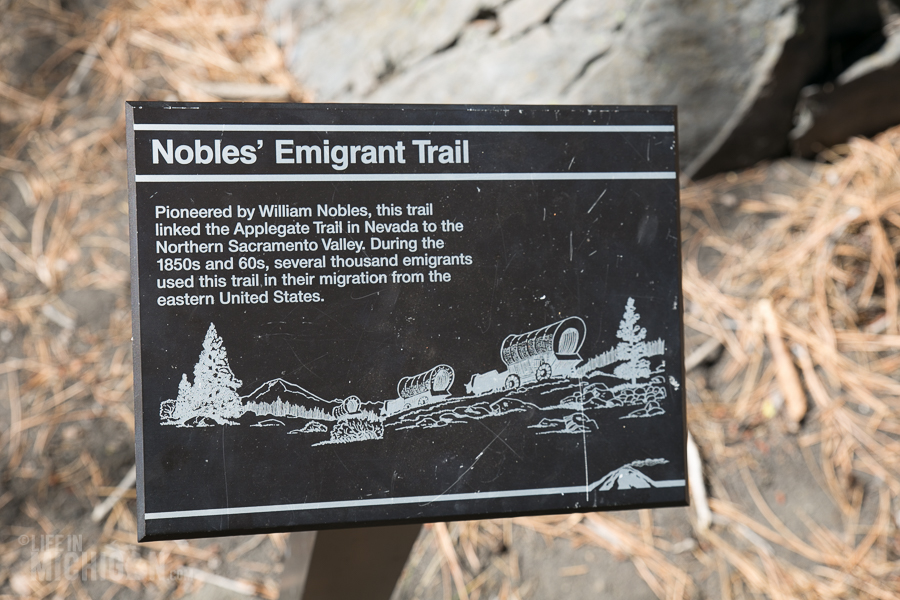 We wondered as we wandered down the trail if it was used as a movie set for “Total Recall.” 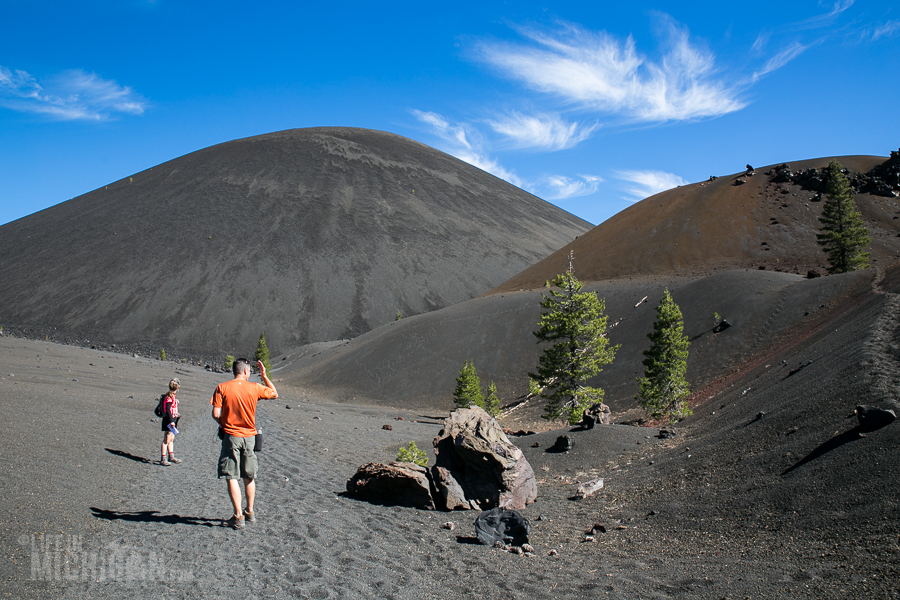 We were parched and ready for a beer. We set off to Weed, California to see Mount Shasta and find a brew pub. We have many more photos of the Cinder Cone in our gallery.