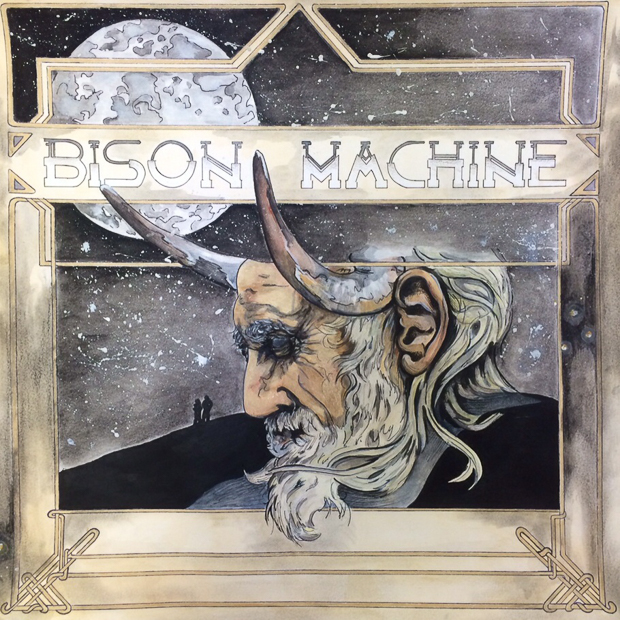 Bison Machine is a 4-piece band from Hamtramck, Michigan. We’ve covered them when they jammed with Blue Snaggletooth and Beast In The Field at the Crossroads Bar in Ypsilanti and when they kicked some serious ass at Fuzz Fest II at the Blind Pig. The new album Hoarfrost features 6 songs that create a sweet amalgam of stoner, desert, and fuzz rock. The music of Bison Machine moves from sweaty fist pumping riffs to grooves full of trippy bliss.

Opening up with “Cosmic Ark”, your attention is drawn to the haunting vocals of Tom Stec. His voice has a touch of Josh Homme (Queens of the Stone Age) and Joakim Nilsson (Graveyard). The vocals swim in reverb as the guitars bounce between the left and right channels. The production is solid as each instrument is distinct and the playing is tight. 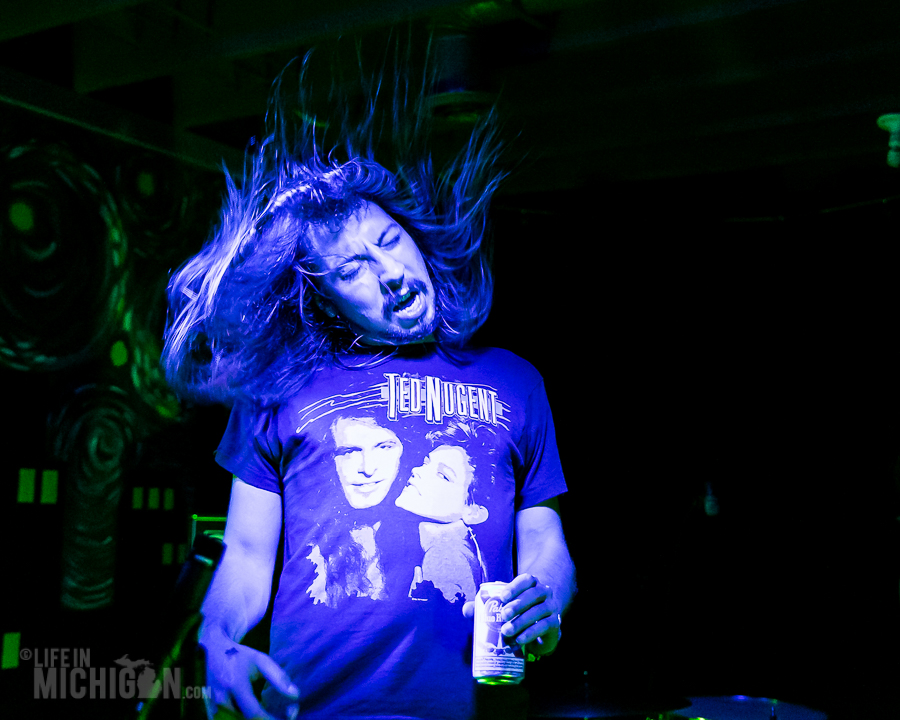 “Old Moon” uses a tantalizing repetitive riff to open with a flourish and then sinks into a psychedelic groove. This groove picks up into muscular bass and guitar riffs, which churn into a manic ending with the furious drumming of Breck Crandell. He blasts away on the snare and cymbals with all his might.

“Gamekeeper’s Thumb” is an impressive song. The riffs are hallucinatory as they weave magical threads inside your brain. The bass groove by Anthony Franchina sets the stage and allows guitarist John deVries to explore. The aching wah-wah laden solo is wrapped in layers of fuzz. 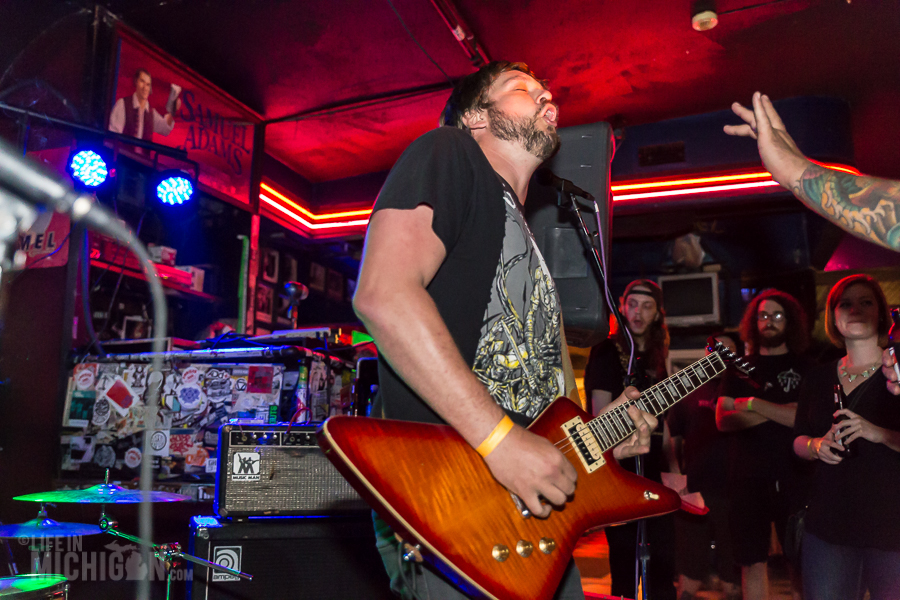 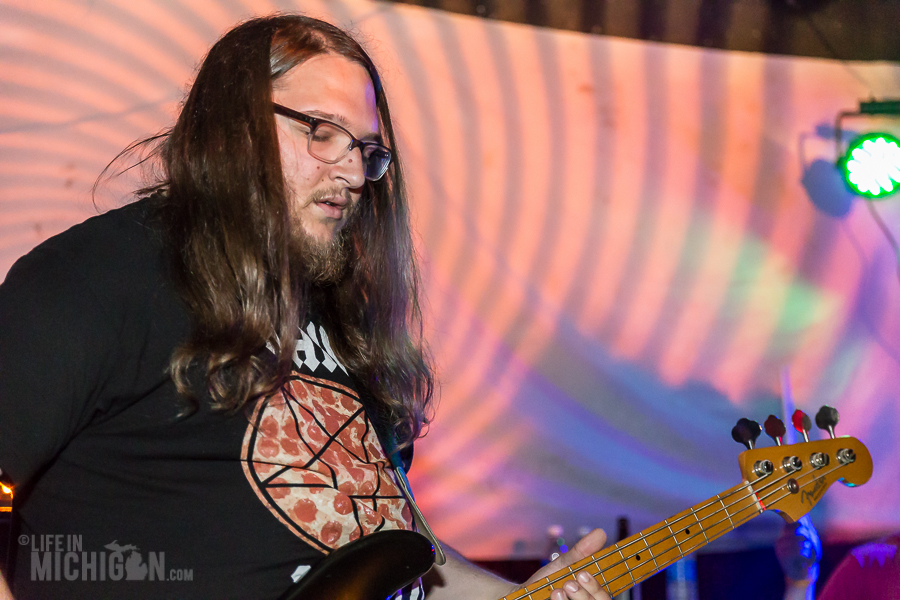 Hoarfrost closes out with an extended jam session tune called “Giant’s Coffin”. This song features all that is great about Bison Machine. Soaring vocals, intriguing bass lines, rock solid guitar riffs with solos that expand conscientiousness, and crushing drums with plenty of flair. This album is a must-have for those that love raw rock music bathed in the overdrive of a hot tube amp. 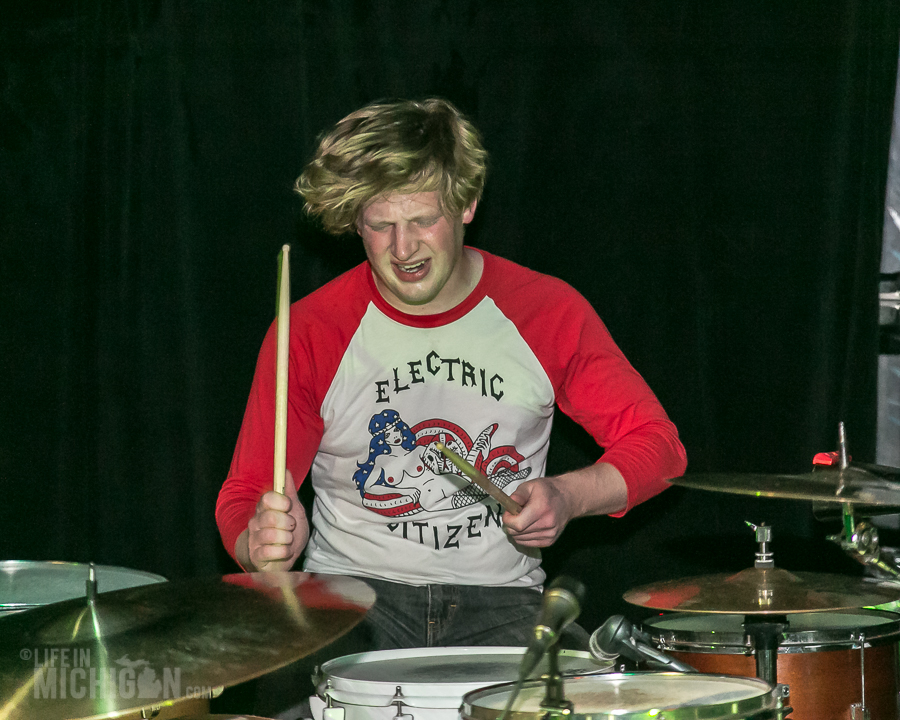 Stay Tuned and in Touch

Have you heard Bison Machine?  Got some other bands we should be checking out? Leave us a comment or send us a message. We love to hear your stories.