HopCat Detroit – Its more than another beer bar 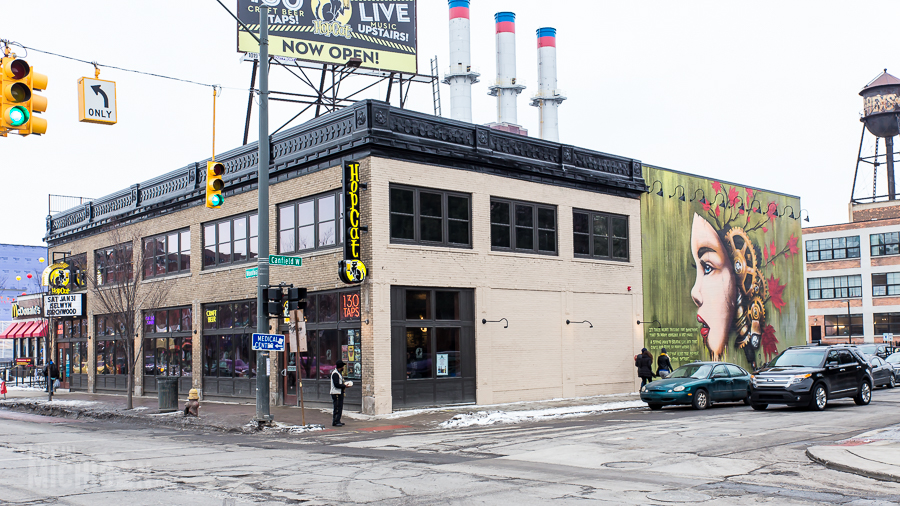 We were hoping that the grand opening buzz at HopCat Detroit had died down a bit, but it seems to be still going strong as the place was packed at 4pm in the afternoon. This was no problem as it gave us time to check out the place. While the outside of HopCat Detroit is very cool with gigantic murals, the inside of the main bar level is stunning. 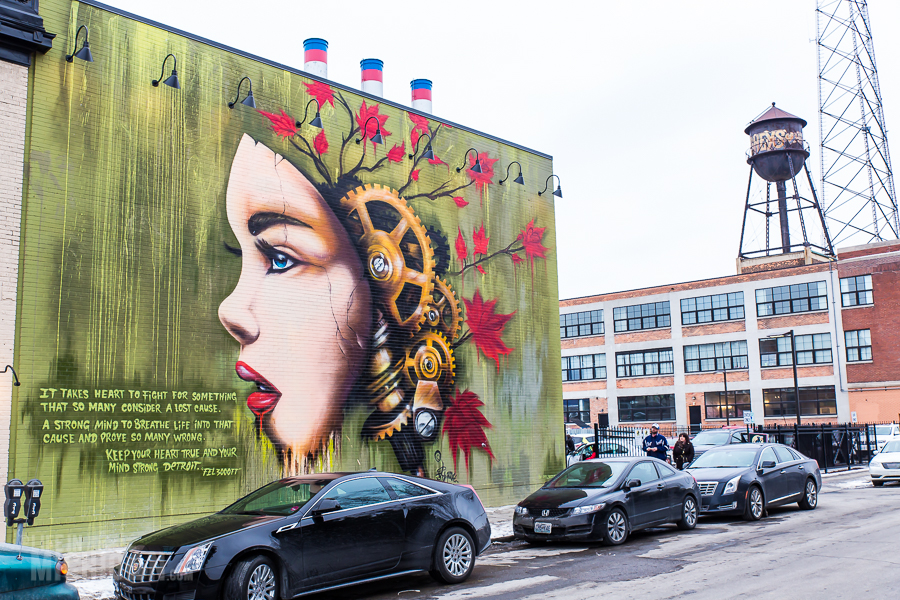 The tribute to Detroit’s musical heritage covers the walls on both levels. The lower level features a great collection of paintings of local music icons from Iggy and Diana to Alice, John Lee and Stevie. The picture of Rockin Bob Seger over the bar from the Stranger in Chicago era is fantastic. 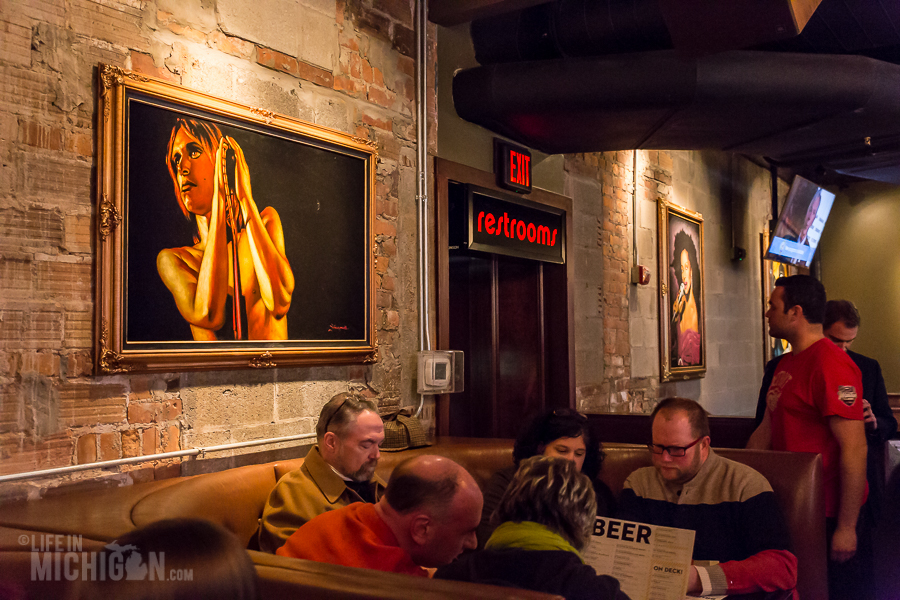 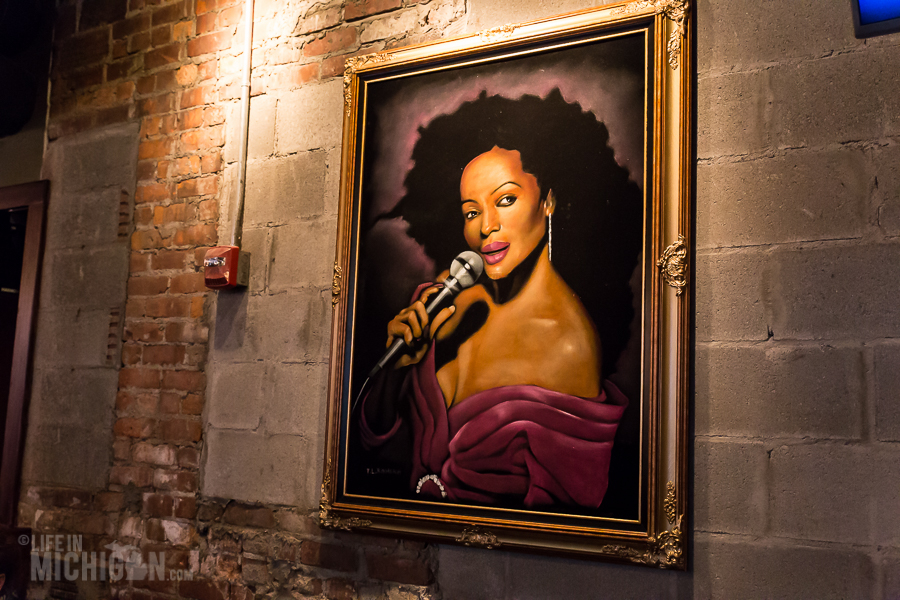 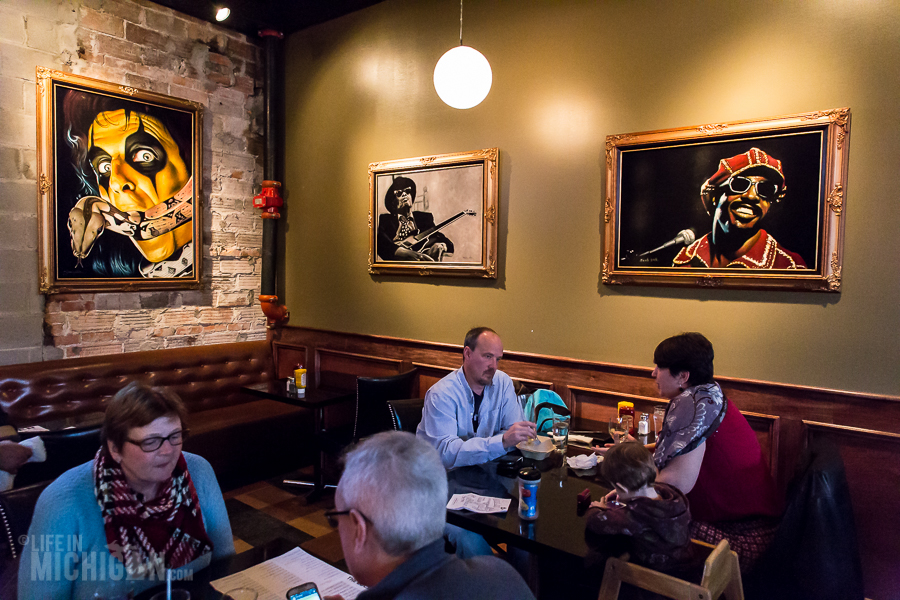 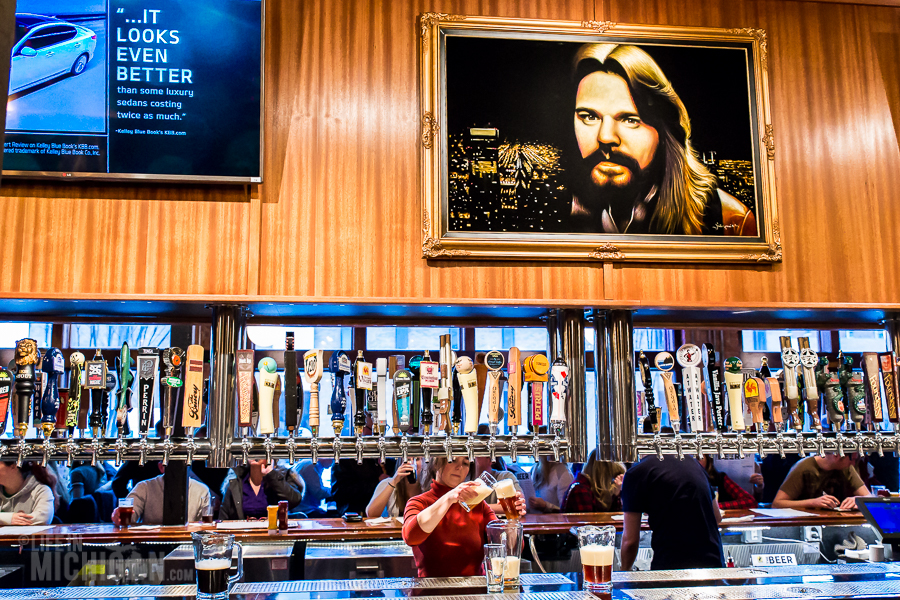 The stairs up to the Huma Room show off some concert photography with more along the walls. Concert poster art adds to the musical decor. The Huma Room has a steady string of acts lined up. They are doing a nice job of mixing in local and national artists. I’m really looking forward to checking out Steepwater in March. There is an outdoor beirgarten with a top deck that is open all year long! 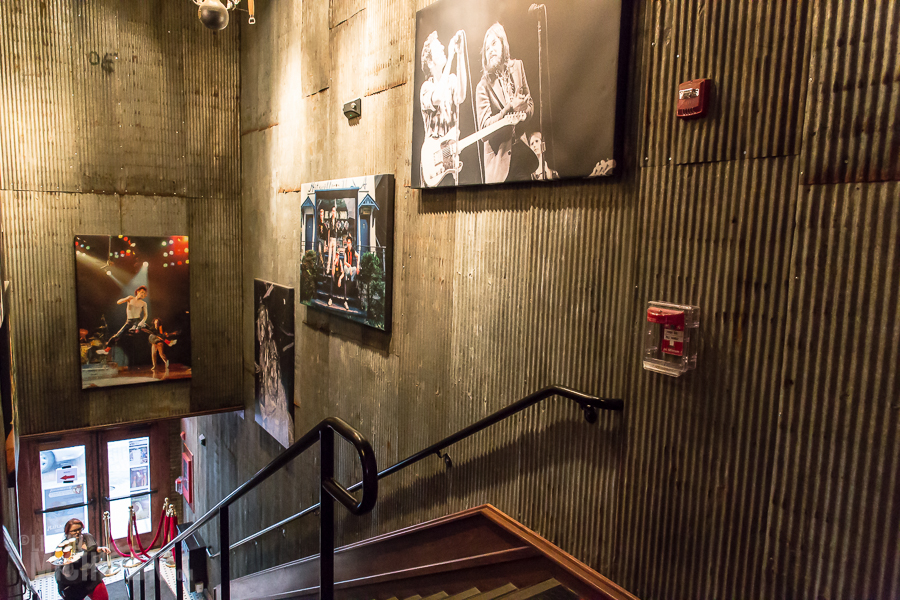 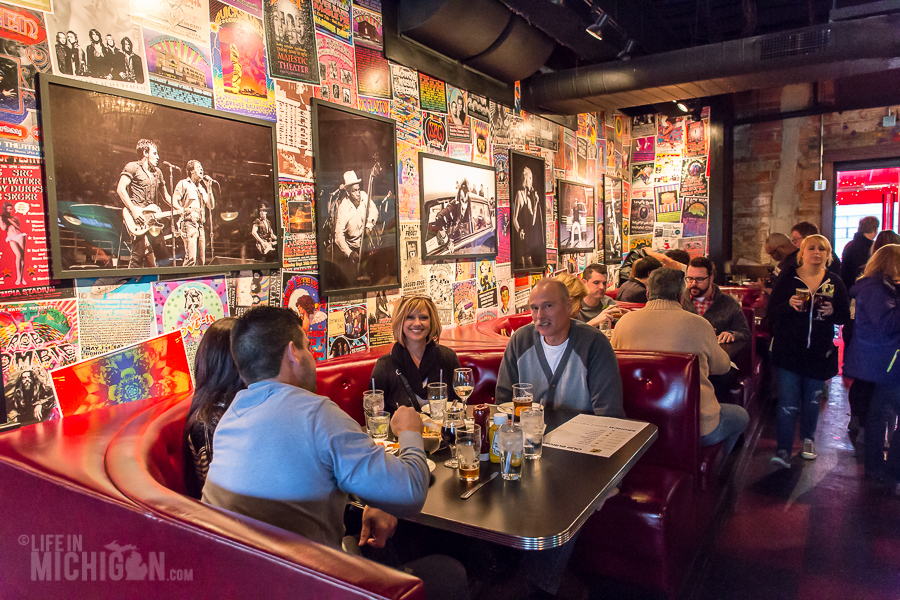 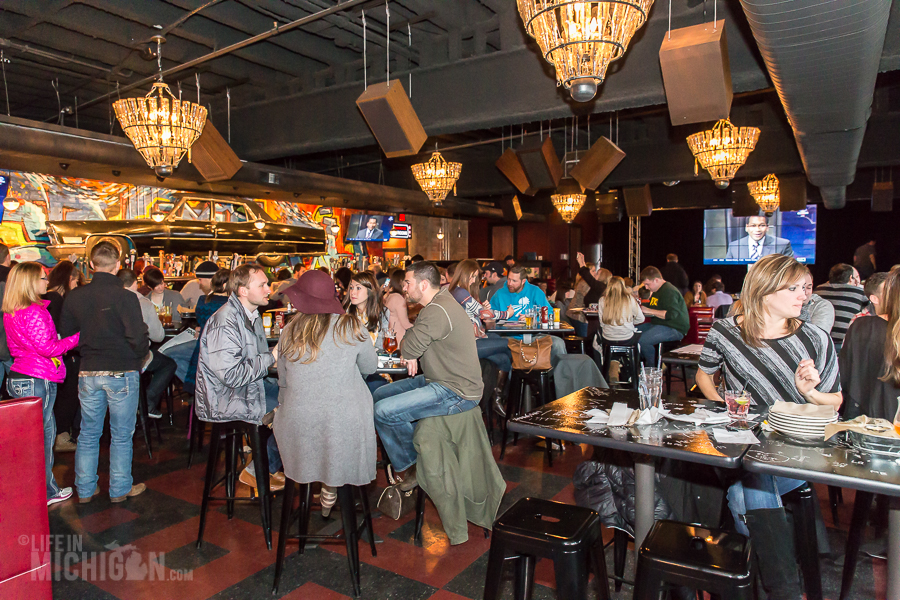 With 130 taps, there is a LOT of beer to choose from. The Local 30 is cool with an emphasis on local beers from Kuhnhenn, Dragonmead, Griffin Claw, and Rochester Mills. I went with some Latitude 42 Melon Head. I thought it looked nice with Iggy in the background. It was a fine beer. 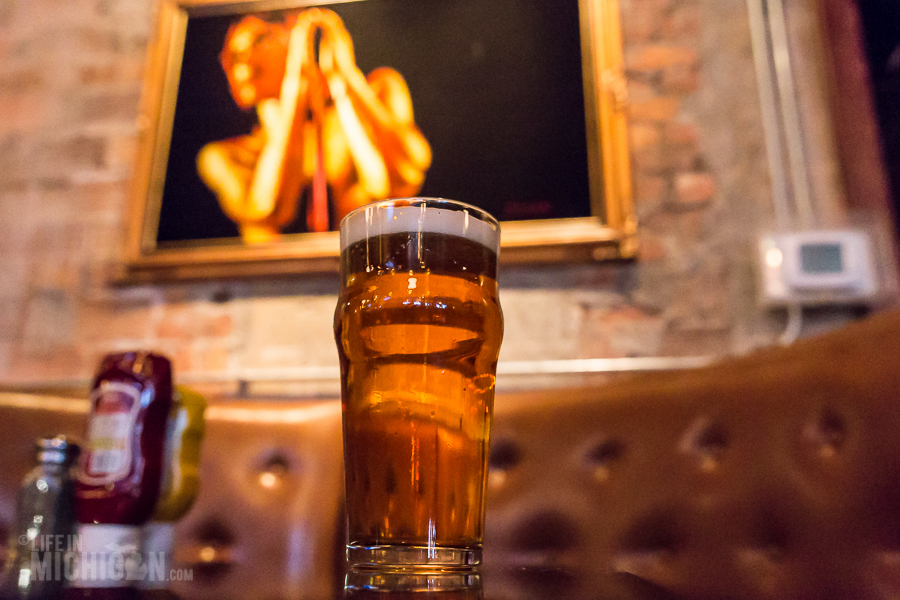 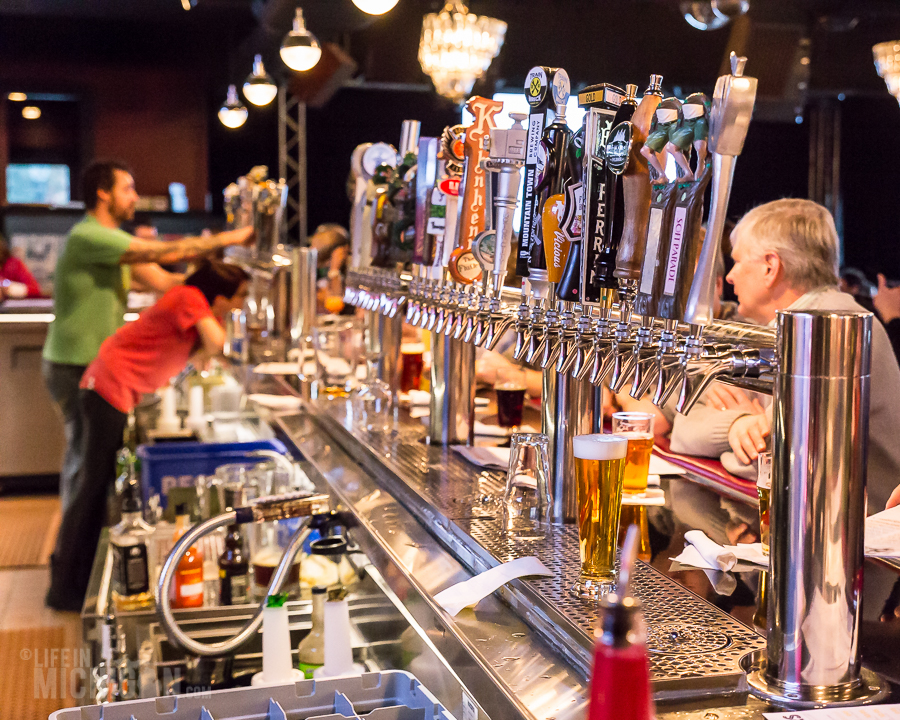 The food is oriented toward comfort with burgers and sandwiches being the main theme. Crack fries are awesome. Lets just get that out there right now. They are a magnificently salty treat and go great with a tasty beverage. Brenda and I went with the black bean burrito which was excellent. Our buddy Jeff went for the pork sandwich was as big as his head. Ron went with the Pretzel Nuggz that had some horseradish laden mustard for dipping. None of us went hungry. 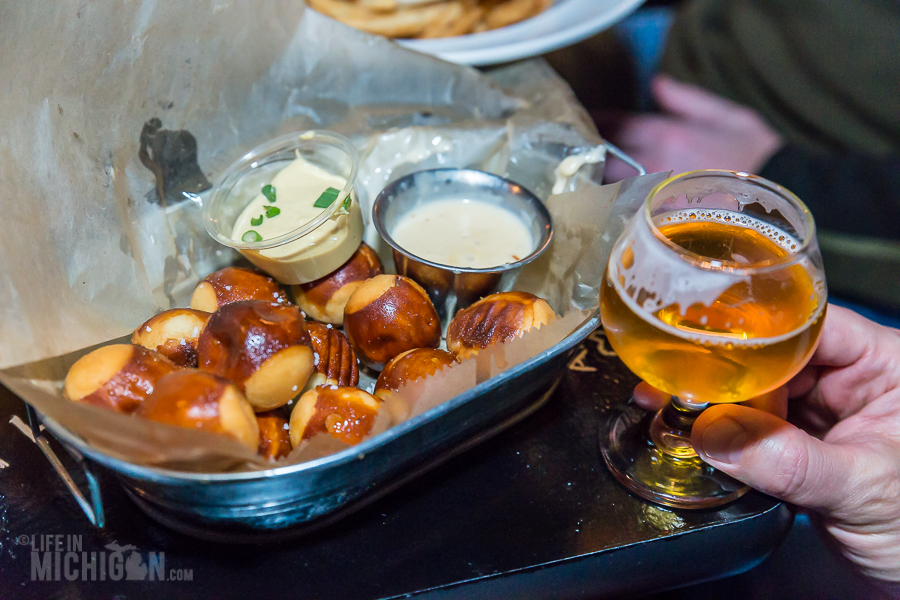 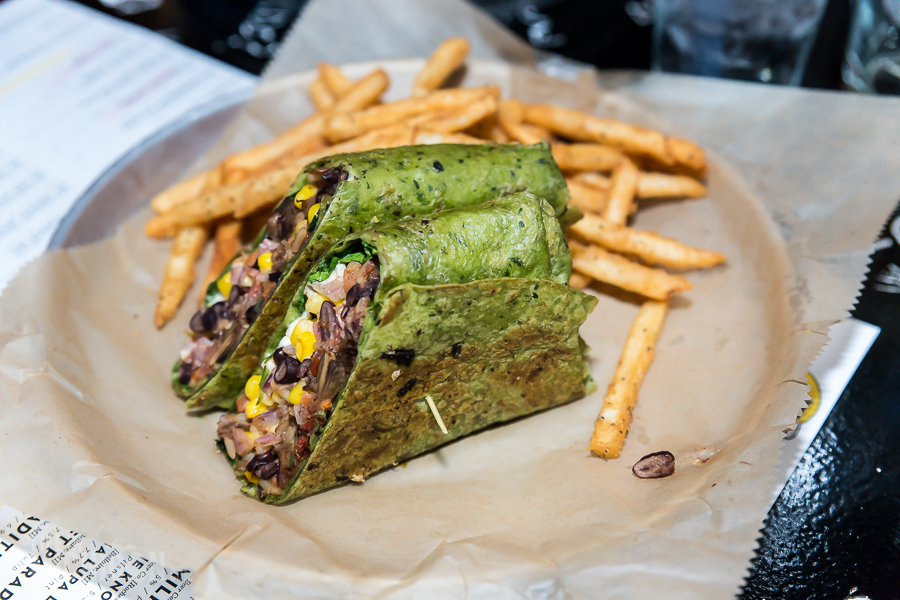 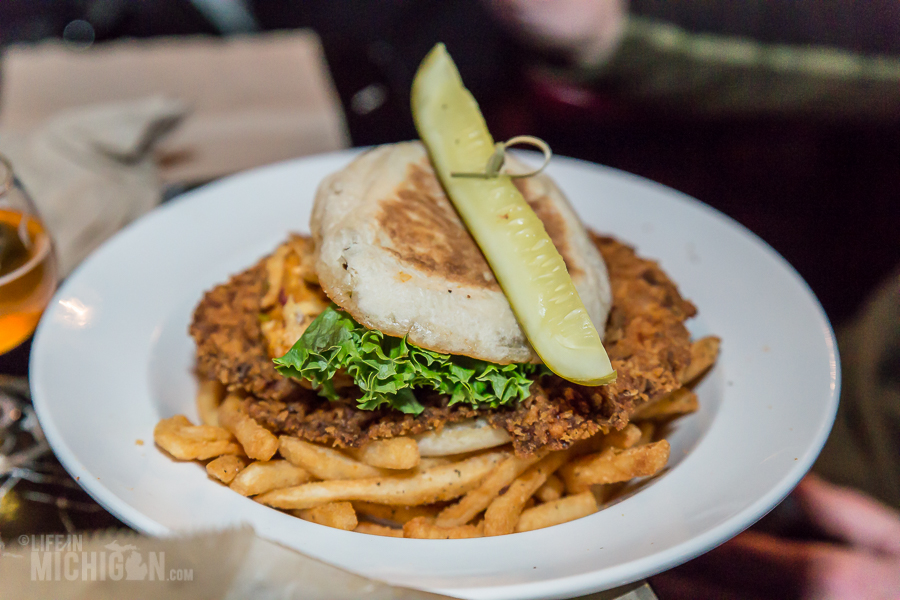 All this great beer and food is served up by a lot of hard working and very friendly folks. I didn’t catch her name, but this hard working woman was nice enough to let me get her picture. There are more pictures of our visit in the gallery. 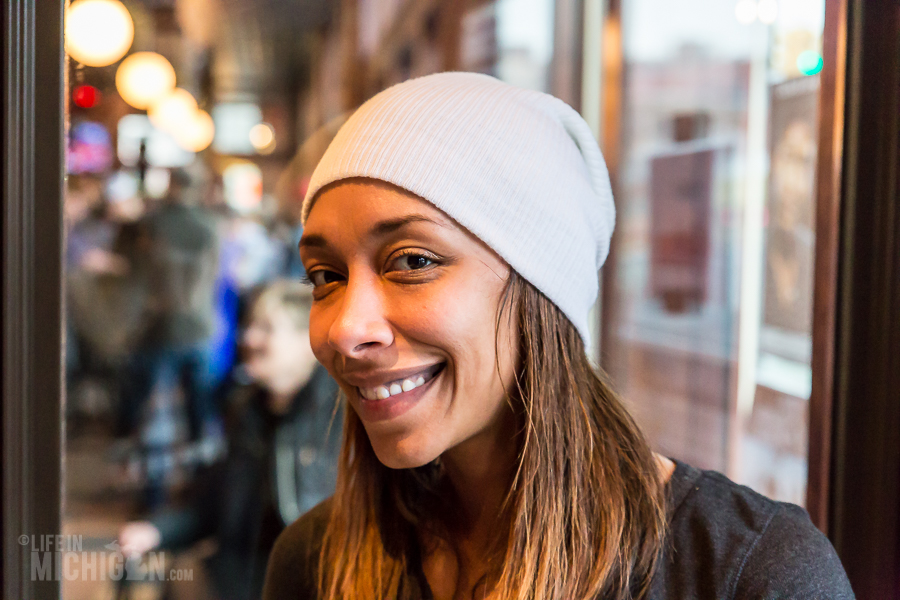 HopCat Detroit is a great addition to the Detroit beer and music scenes. If you’ve been out to the new HopCat, leave a comment and let us know about your experience. You can keep in touch with us by signing up for our email or you can find us on Facebook, Twitter and Tumblr. Cheers!