Super progressive metal heroes Imminent Sonic Destruction returned to the stage of the Token Lounge with a  diverse bounty of heavy music from Finality, Distilled Tongues, and Katharsis. 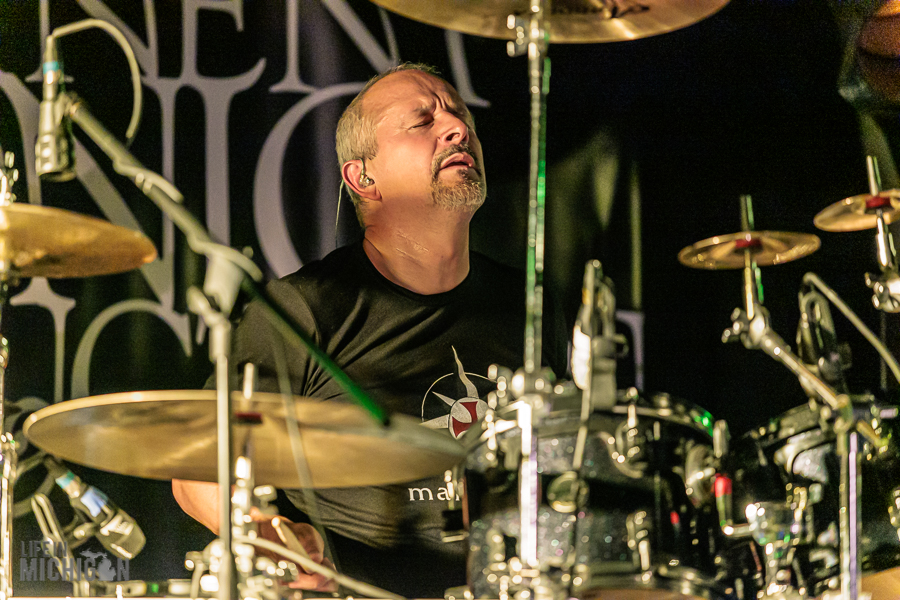 Ever since seeing Imminent Sonic Destruction (ISD) back in 2015 for their Heavy Metal Bakesale, I’ve been a fan. They make remarkable progressive metal music. On top of being super musicians, everyone in the band is extremely fun and friendly. It has been almost 3 years since the last time I witnessed ISD. I’m due to have my face melted.

Kicking things off with two fists full of hard rock and metal is Katharsis. Their music is forceful and infectious. If you take the best of bands such as Altered Bridge, Trivium, and Killswitch Engage, you’ll get an idea of their sound. Katharsis is growing into their stage presence, yet shows confidence and conviction that wins a crowd. This promising young band instills hope that the future of rock and metal is alive and well. 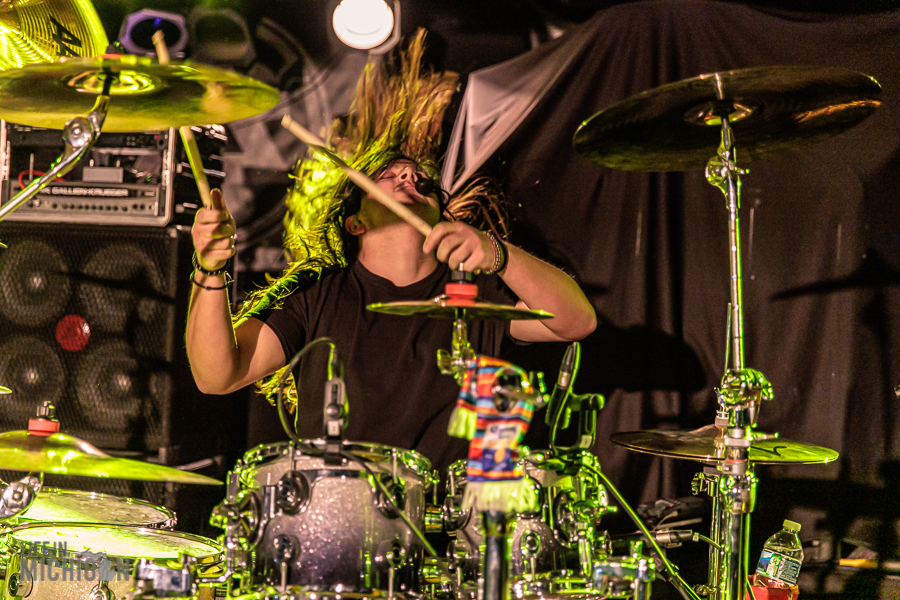 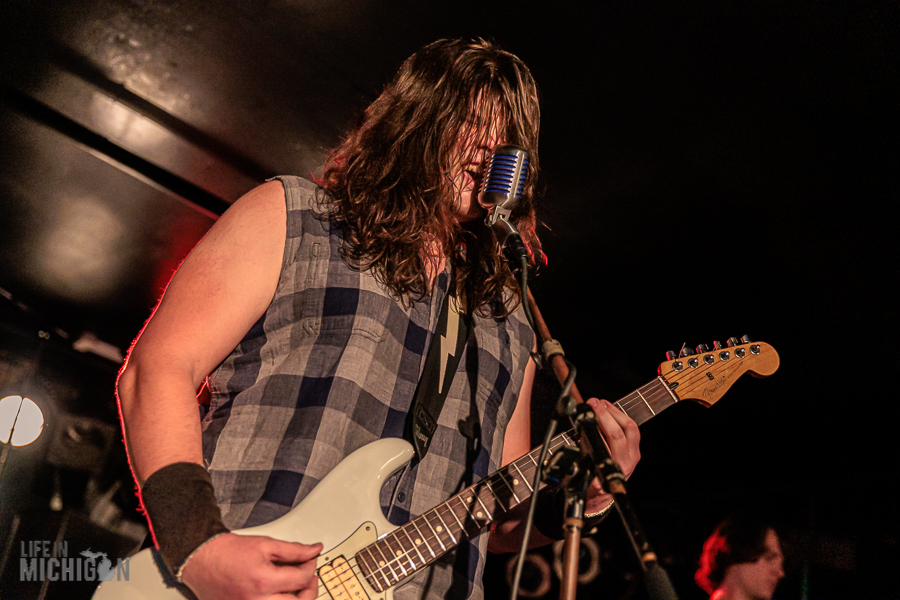 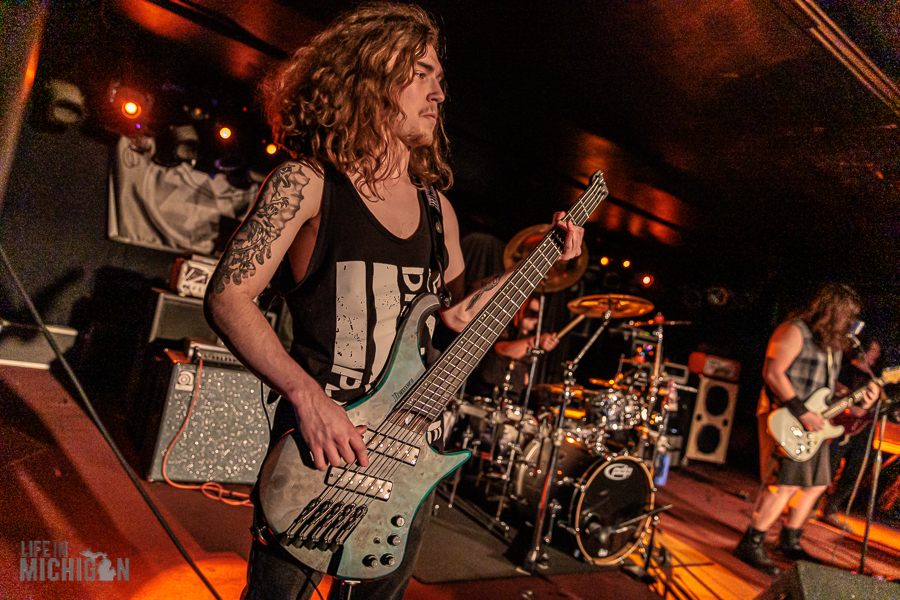 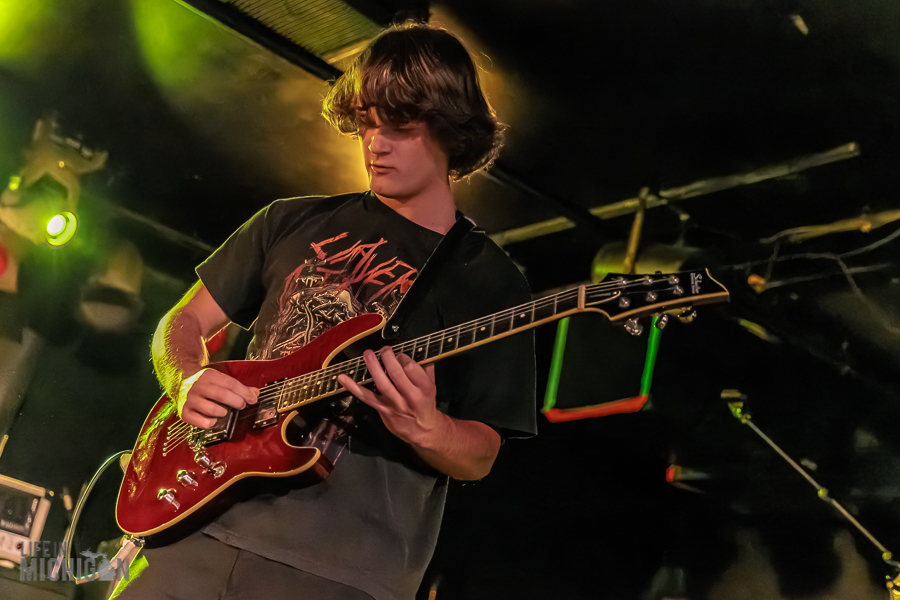 My opinion of Distilled Tongues and their music only grows with each time I see them. Their Earthless meets Graveyard vibe of powerful jams engages the mind and body. They made the most of this opportunity to rock the growing crowd at the Token. 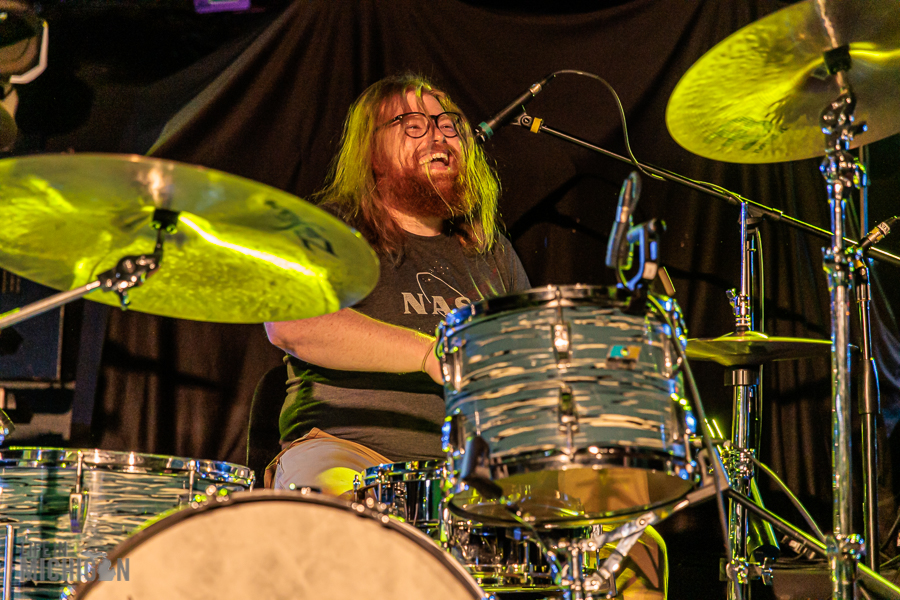 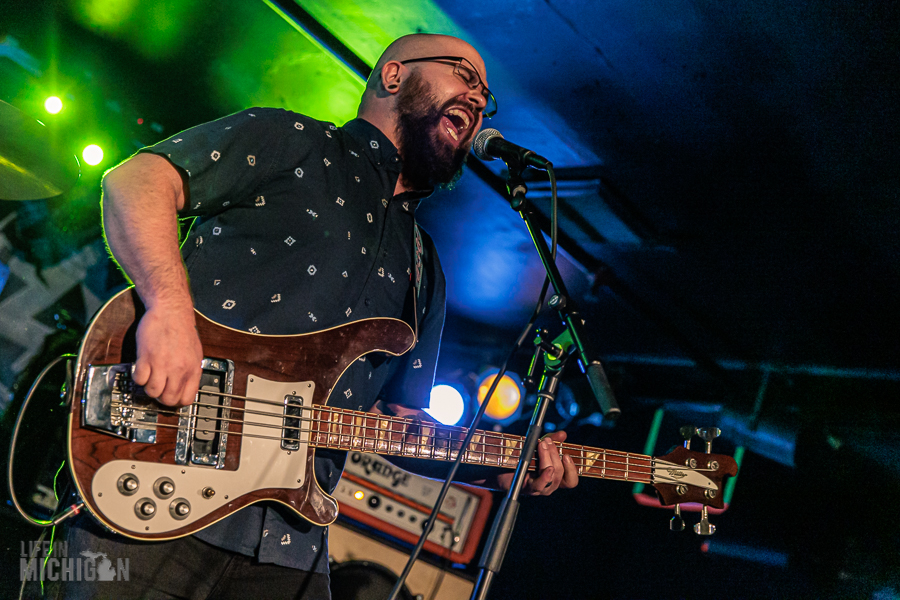 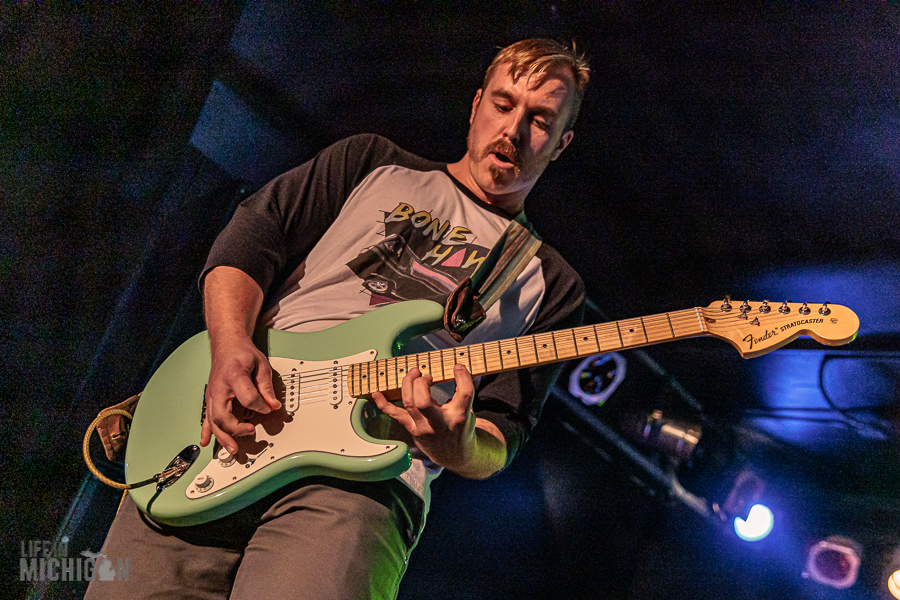 In true power trio fashion, the Distilled Tongues filled the room with heavy riffs. The Token has done a great job of revamping their sound system and the Distilled Tongues make great use of it. Songs such as “Backslide” and “A Witness” roared to life. “Prey On My Soul” and the new tune “Red Planet” shoot electric currents straight to the amygdala. Wasting no air time with banter, the Distilled Tongue let the music speak. I’m already looking forward to the next chance to catch this band live.

Leading up to this show, Finality released a teaser for their upcoming album. I listened with my mouth agape. My mind struggles with ways to clarify for you what I’m hearing. The term “power metal” fails to capture the aggression and well, power, of this music. It is mean and technically satisfying metal music with clean soaring vocals. My best attempt at classification is to think of bands like Necromancing the Stone, Into Eternity, or perhaps Exmortus with clean vocals. 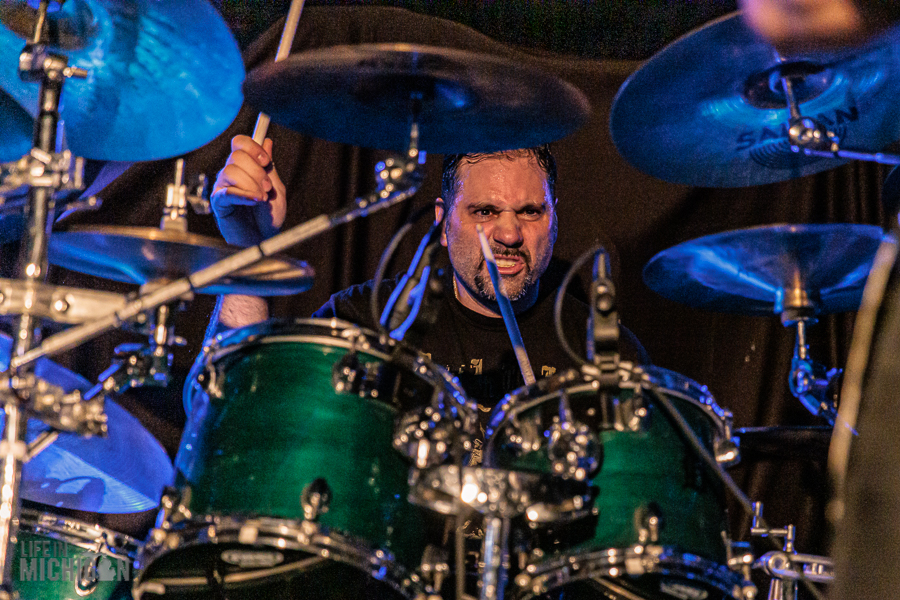 To say that I was highly intrigued (aka stoked) to hear Finality live is an understatement. The band consists of Joe Cady (guitar), Mike Heugel (bass), Tony Asta (vocals), Hiran Deraniyagala (guitar), Dan Fayz (drums), and John Artuso (guitar). You may recognize Tony and Hiran from Battlecross. The crazy thing is that on this team, Tony trades his guitar for a mic. 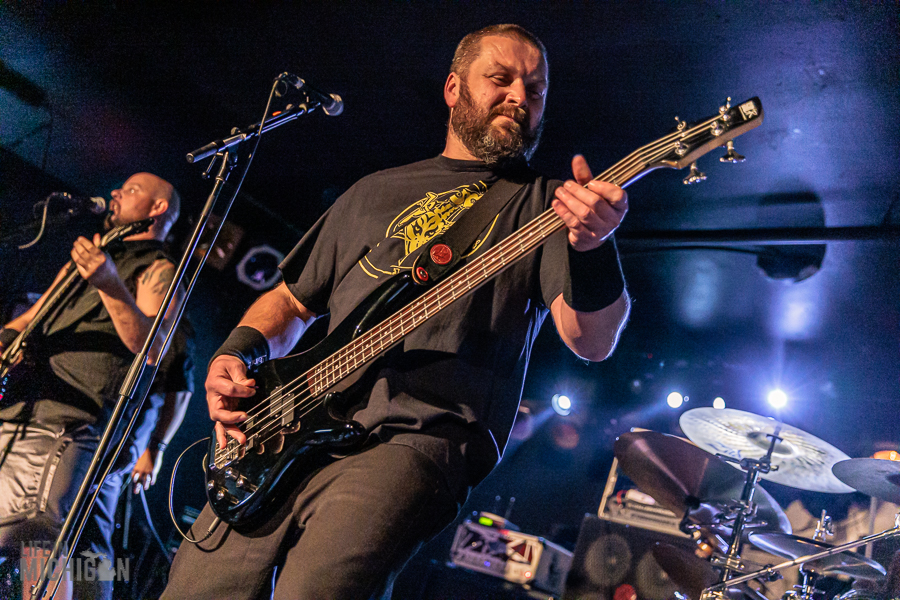 As great as the Finality audio teaser is, it is just a taste of the band’s amazing live firepower. The three guitarists unleash ballistic riffs in supersonic volleys. The drums and bass create a mammoth sonic wave which surges the music forward. John Artuso takes on a majority of the solos and is amazing. His liquid arpeggios played at the speed of thought create a firestorm of melody. 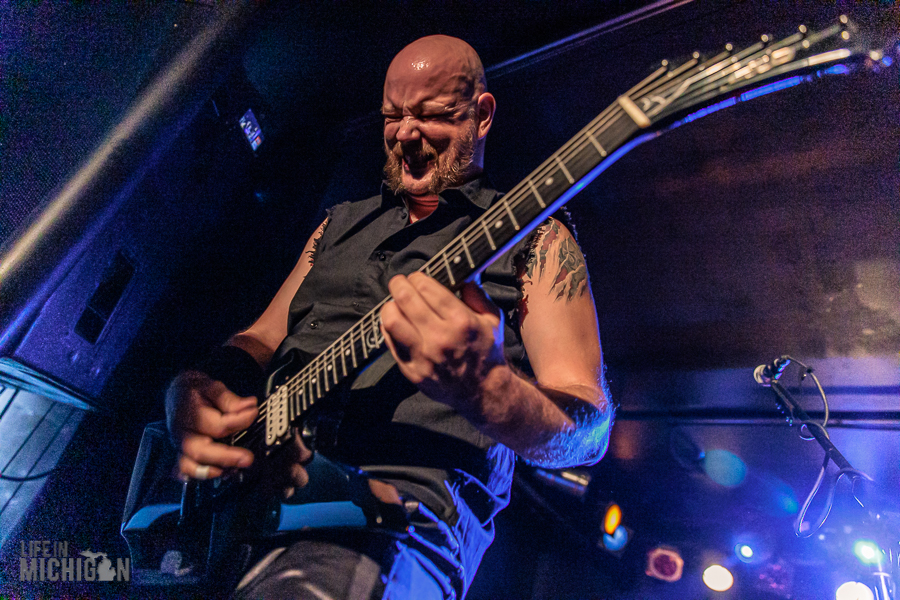 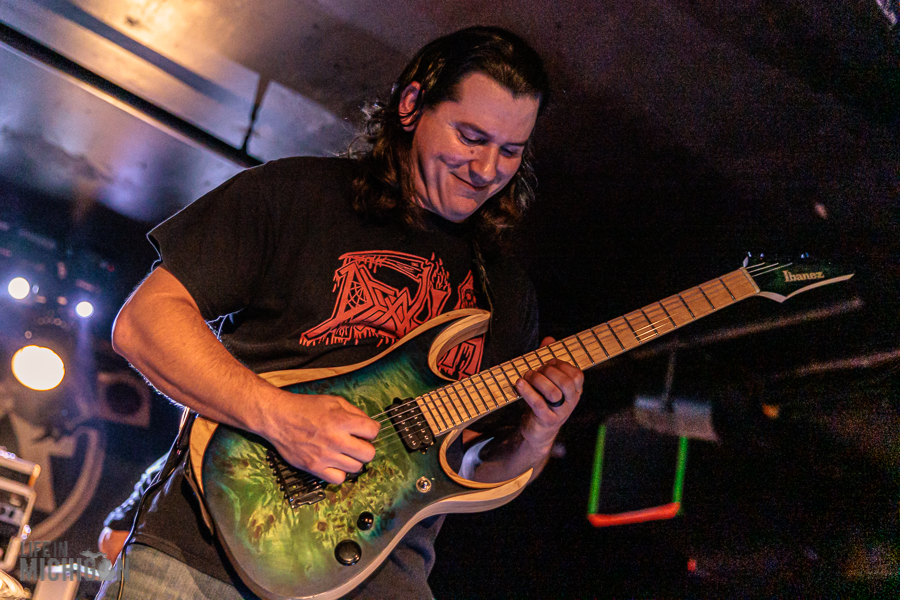 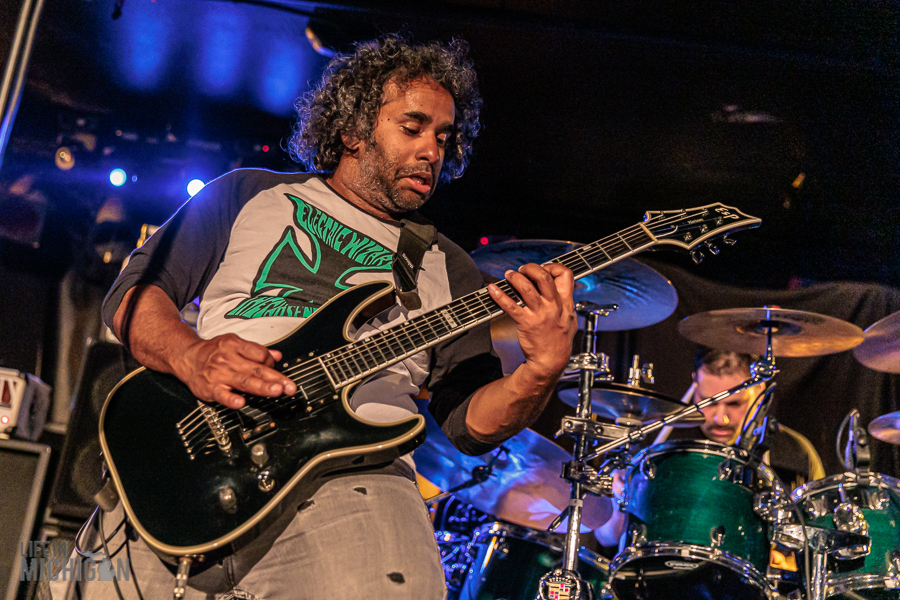 On top of all this firepower is the vocals of Tony Asta. He can easily sit in with the greats such as Rob Halford, Todd La Torre, or Stu Block. I think this is what floored me the most about Finality. I had no idea Tony possessed such blazing vocal chops. 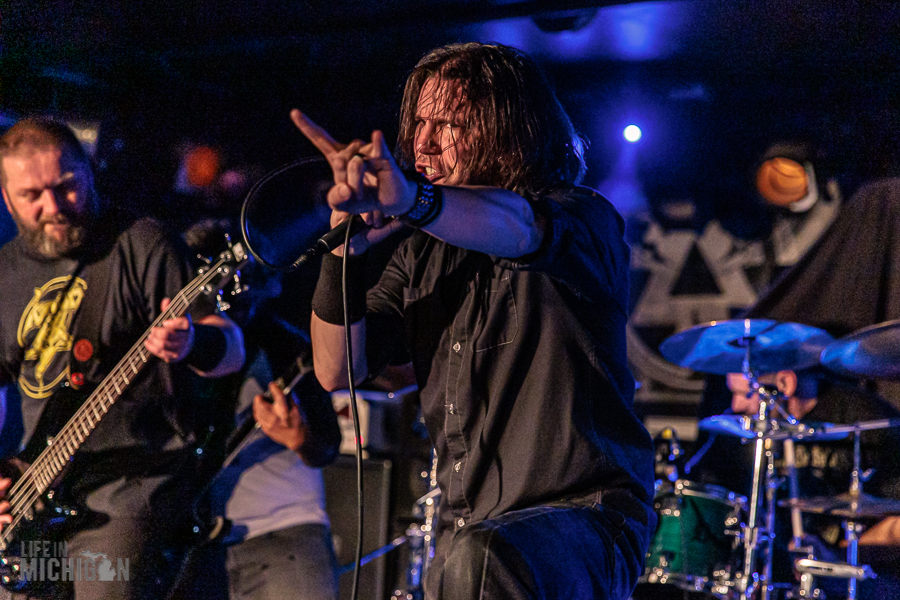 Finality kept the eyes of the crowd fixed on the stage throughout their set. Each song pulls everyone closer with their dynamic range and power. Finality is amazing live and I now anxiously await the release of their new album.

Dubbed as the Quasi-triumphant Return of Imminent Sonic Destruction to the Token Lounge, the masters of the progressive metal universe arrived on stage backlit with yellow light. I couldn’t help thinking of Close Encounters for a hot second before being pummeled by the bludgeoning opening riffs of  “With Death This Story Ends”. 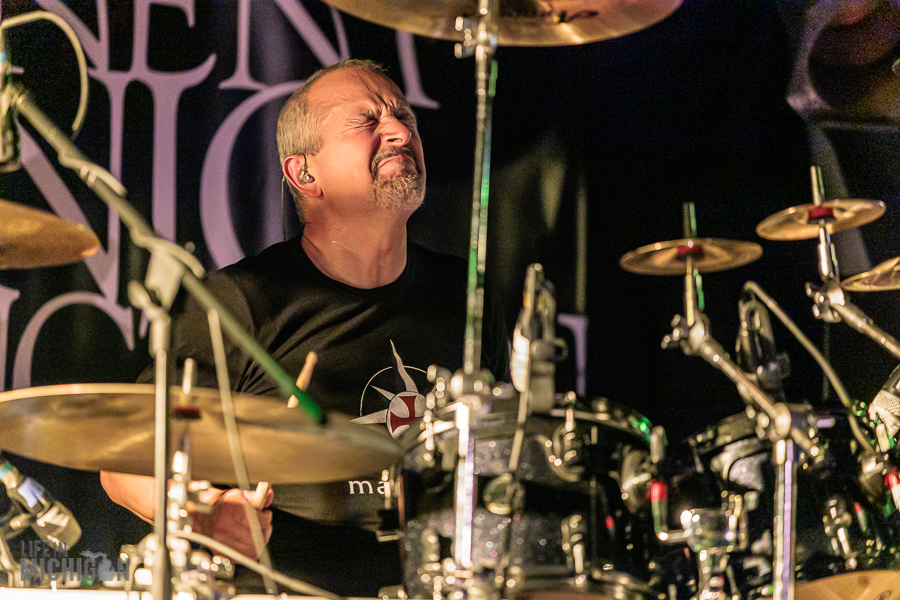 Word from Tony is that the new Imminent Sonic Destruction album is due in the spring of next year. ISD unveiled two new songs “The Source” and “Nightshade”. “The Source” opens with thudding bass and an eerie drone before escalating into riffs of spiraling madness. 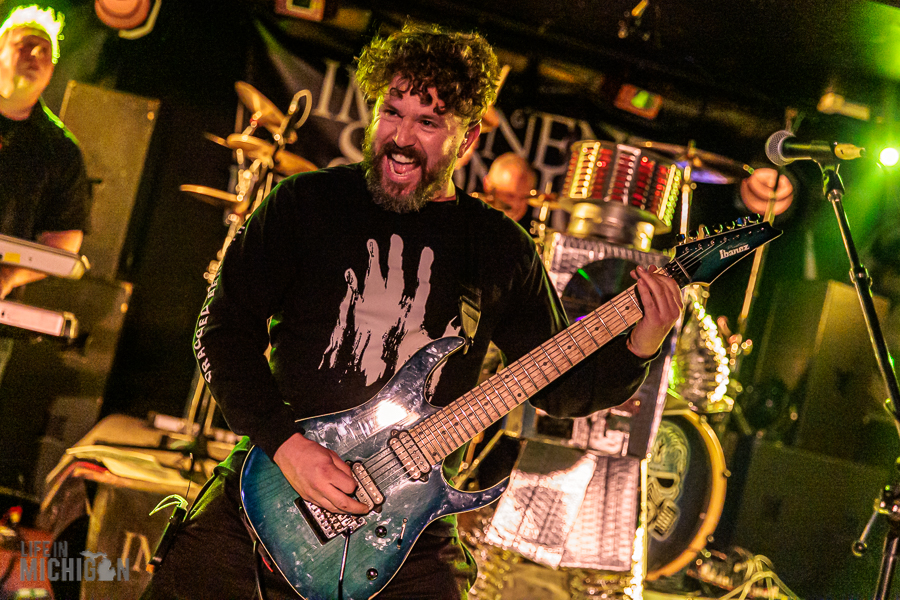 The infamous mechanical man stalks the band as the shredding continues. The other new song “Nightshade” has a compelling middle eastern motif and rich harmonies. A look around the room finds the mechanical man now stalking an audience whose attention is glued to the stage.

Go Ahead and JUMP!

The pandemic has been hell. No one knows this better than Imminent Sonic Destruction’s bassist Bryan Paxton who lost his fiance April to covid. In a very special tribute and celebration of life, ISD closed out their set with “Jump” by Van Halen. Not your typical ISD song, but they played this song with love which makes it that much more special. 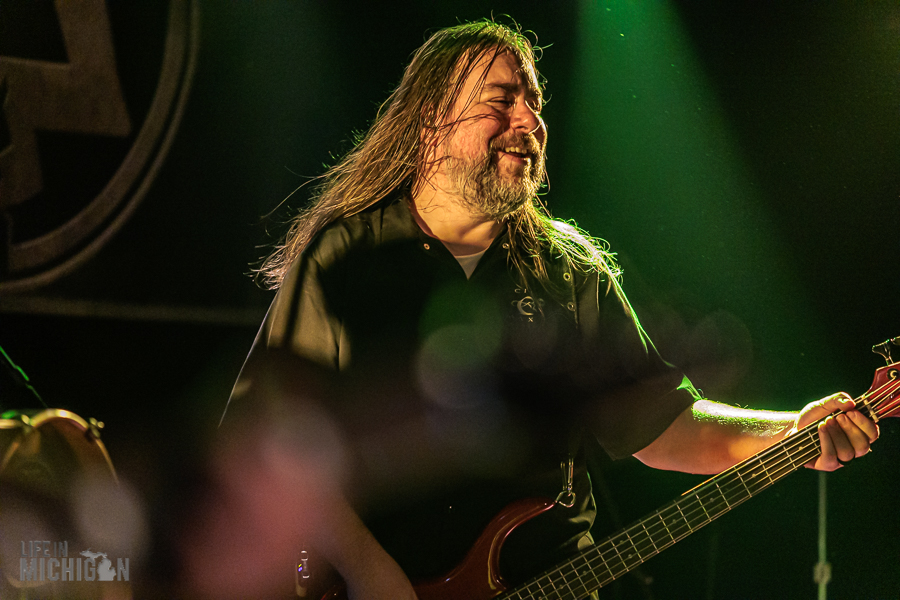 With the crowd calling for one more round, Imminent Sonic Destruction returned to the stage. After a quick shot of tequila, they played a cover of King’s X “We Were Born To Be Loved” for their encore. You could see the band was having a ton of fun on stage and this song’s killer groove and positive vibe was a great way to close out a fantastic night of music. 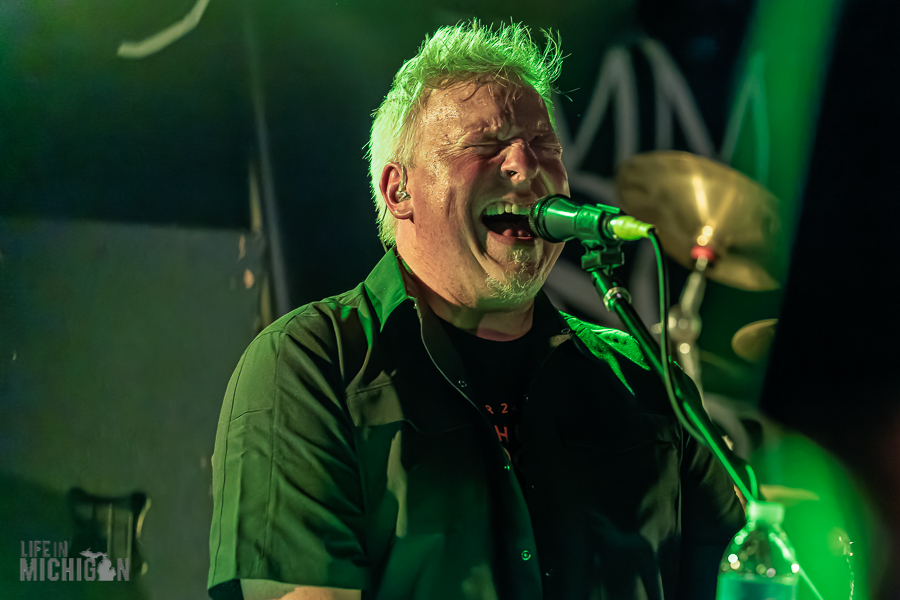 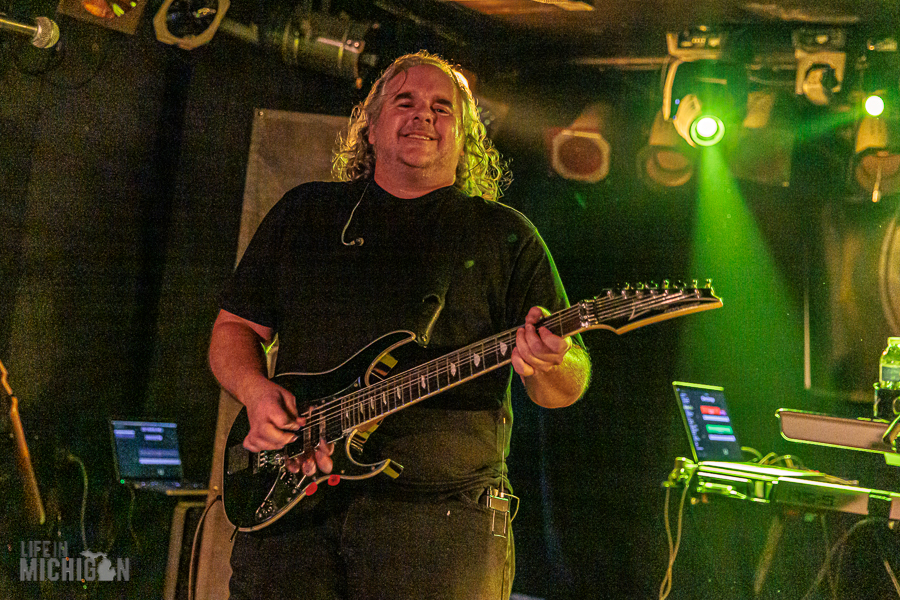 There are more pictures of Imminent Sonic Destruction, Finality, Distilled Tongues, and Katharsis in our galleries. Check them out and then let us know what you thought of the show by leaving a comment. Then go share this post on social media because sharing is caring. 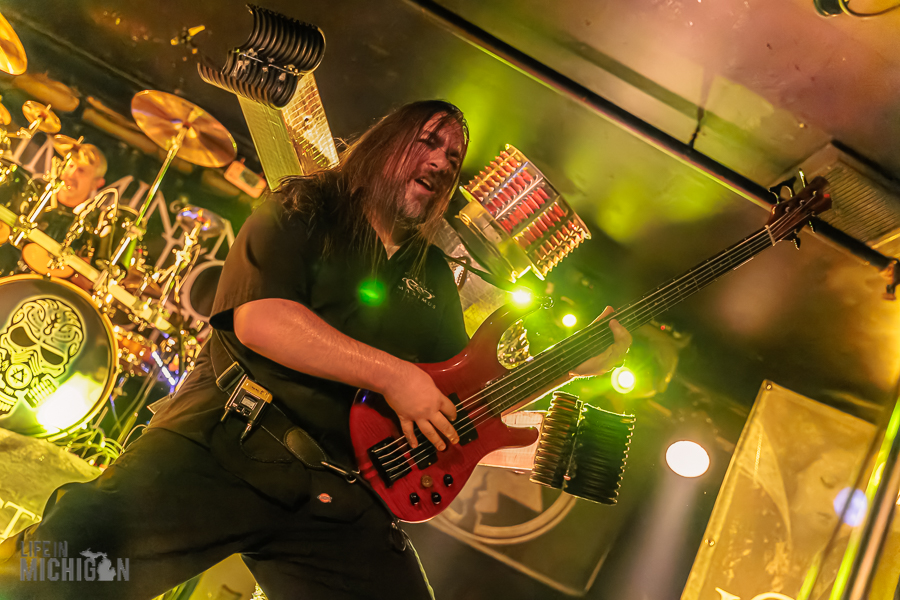