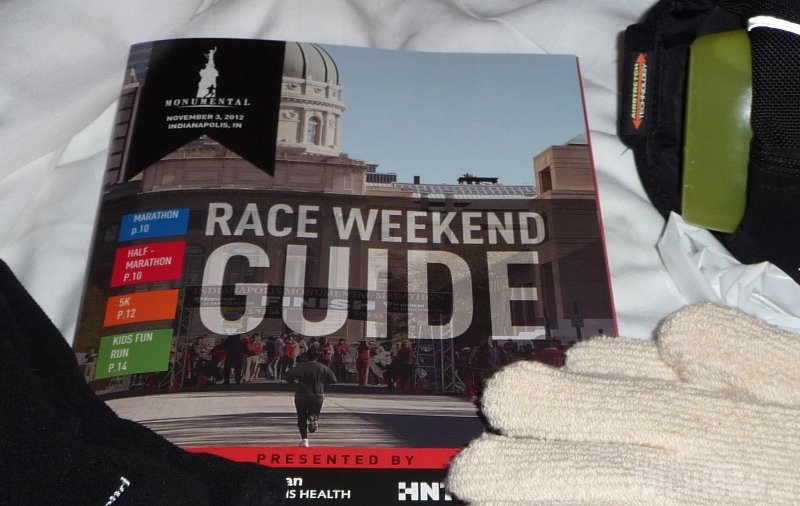 Over the summer I focused my training on hills and trails so I would not kill myself running DWD. My longest run after DWD was 16 miles and it was unlikely I could get milage up to 22 by mid-Oct so I opted for the 1/2 marathon in Indy.

I found others to join my madness on November 3rd. Jeff Deeds ran DWD and caught the running bug. It didn’t take much to talk him into running the Indy 1/2 marathon with me. His first 1/2 marathon, my 4th or 5th 1/2 marathon. Anne bailed completely on the race citing conflicts with her kids schedule.

In the weeks leading up the race we listened to Jeff’s worries, self-doubt and training plans. We reassured him that he was ready and he would love this experience.  I’m sure he didn’t believe us and said as much.

Hopefully you’ll enjoy reading about our experience in Indianapolis and watching our videos.

From the comfort of our Indianapolis hotel room around 7:00 am. 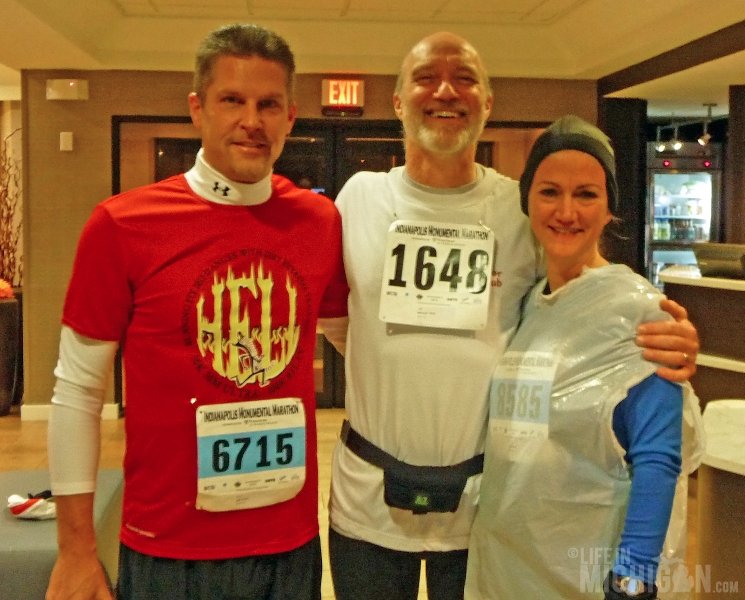 Our hotel was just a short walk from the start line.  Even at 7:45 is was very DARK.

The Indy Runners heading to the start 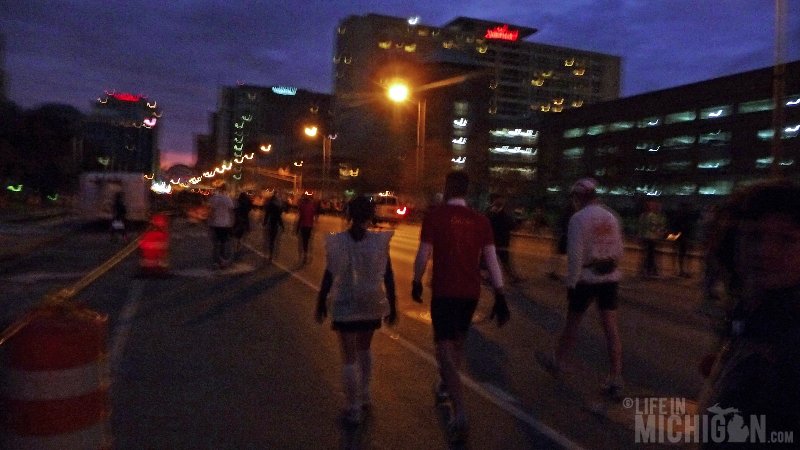 The calm before the start. 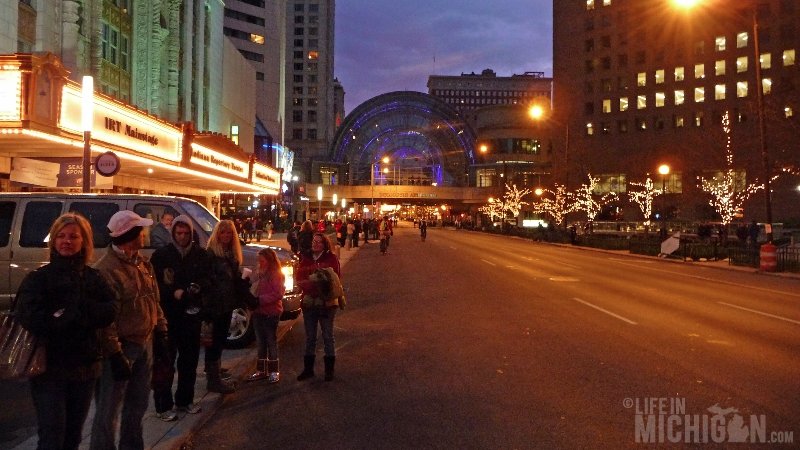 You can kinda see a wheel chair on the left as is skirts out-of-sight. 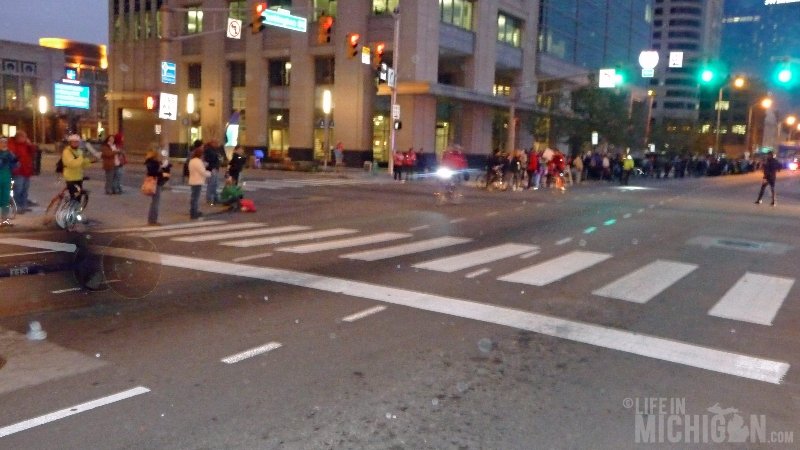 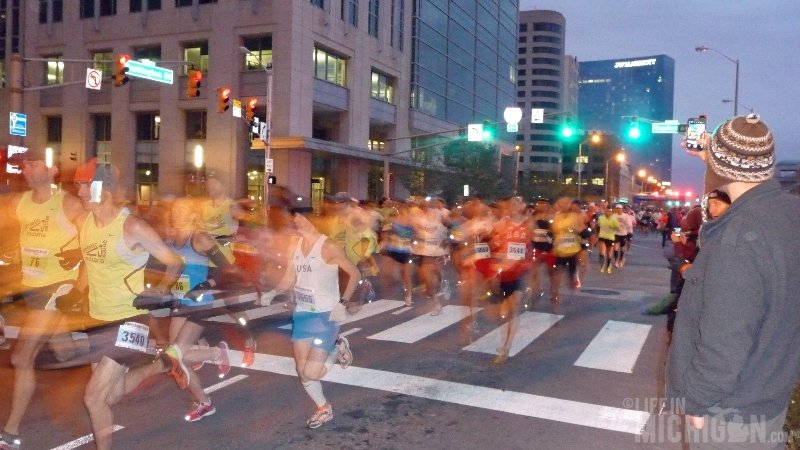 I heard that there were 12,000 runners registered for the race.  Hurricane Sandy wrecked havoc on the East Coast and the New York marathon was cancelled. We assumed many of these marathoners headed to Indy.

And finally Jeff and Brenda crossed the start line 6 minutes after the gun.

Angie and Chuck were fantastic support from the sidelines. Thank you my dear friends for coming out and standing in the rain, sleet and snow flurries to cheer us on.

Finally the finish line after 2 hours and 17 minutes of running.  I have no idea who the guy in blue is.  I’m kinda sad he is stealing our picture. 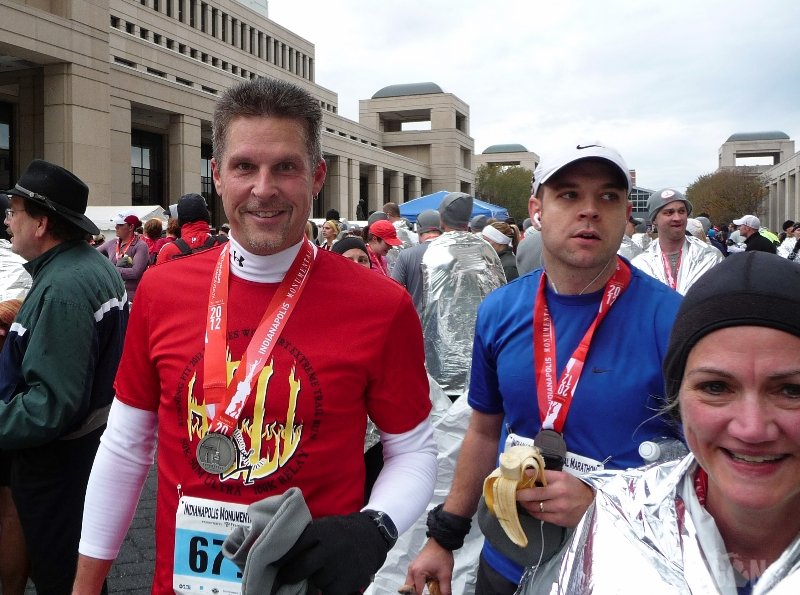 We headed back to the hotel to shower and change so we could stand in the sleet to cheer Michael across the finish line.

We were slightly concerned about Michael’s whereabouts. He’d hoped to run the race 4 hours and a few minutes.  If everything was going according to plan, he should have arrived by now. 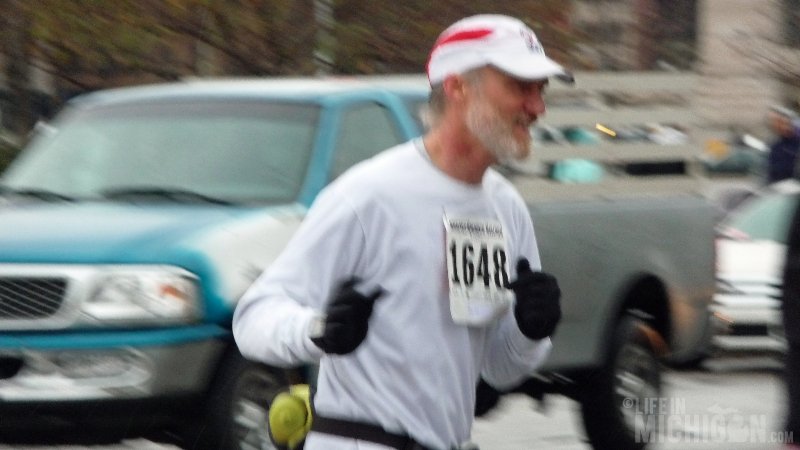 First order of business, a toast for the runners.

MacNiven’s Restaurant & Bar is located on Massachusetts Avenue. The very nice waitress gave us umbrellas so we wouldn’t get wet when we walked to our next beer stop.