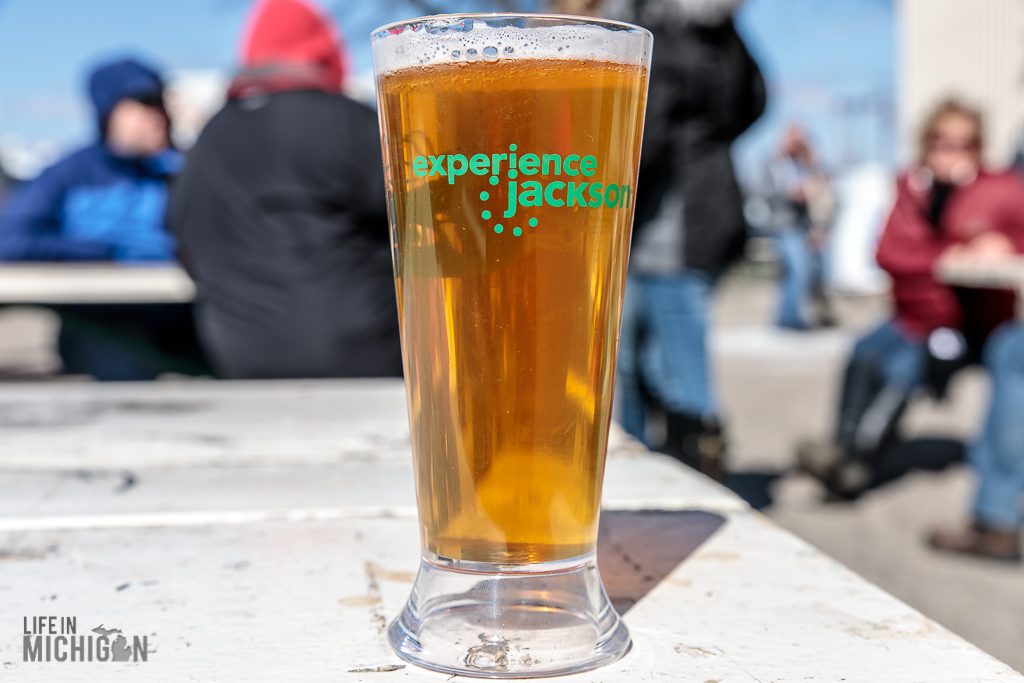 The Michigan craft brewery business continues to expand. It can be a challenge to keep up with all the great beer that is being produced in every corner of our state. We had previously been to the spectacular Grand River Brewing when we checked out Gears, Beards, and Beers. Our travel buddies, Jeff and Angie had read about a brewery in Jackson called Poison Frog. We thought that was a unique name and off we went to begin our Jackson beer adventure. 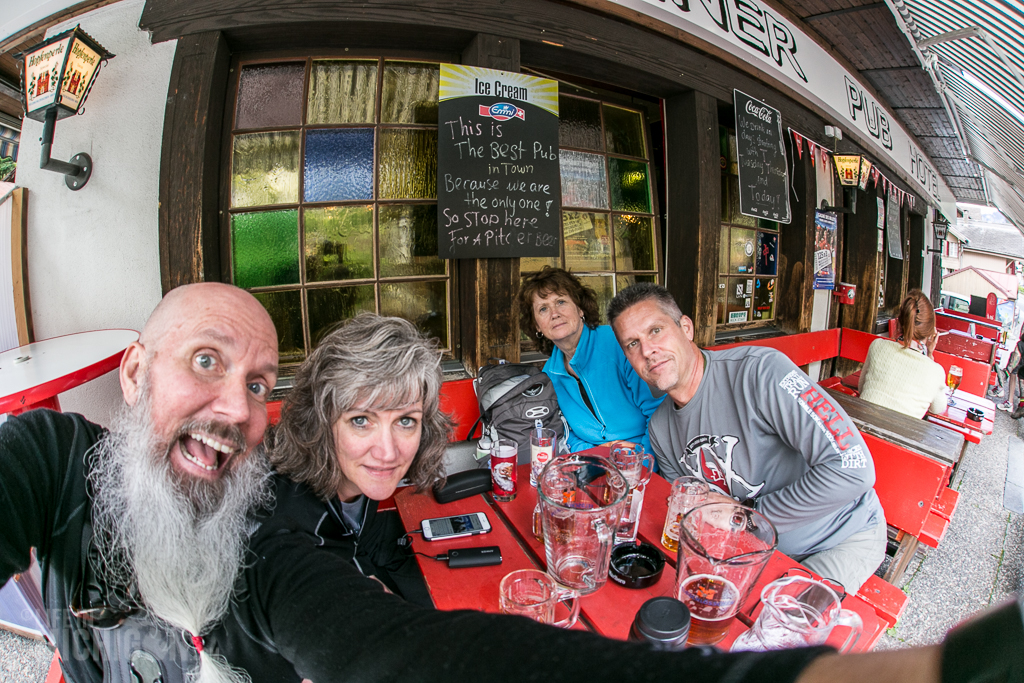 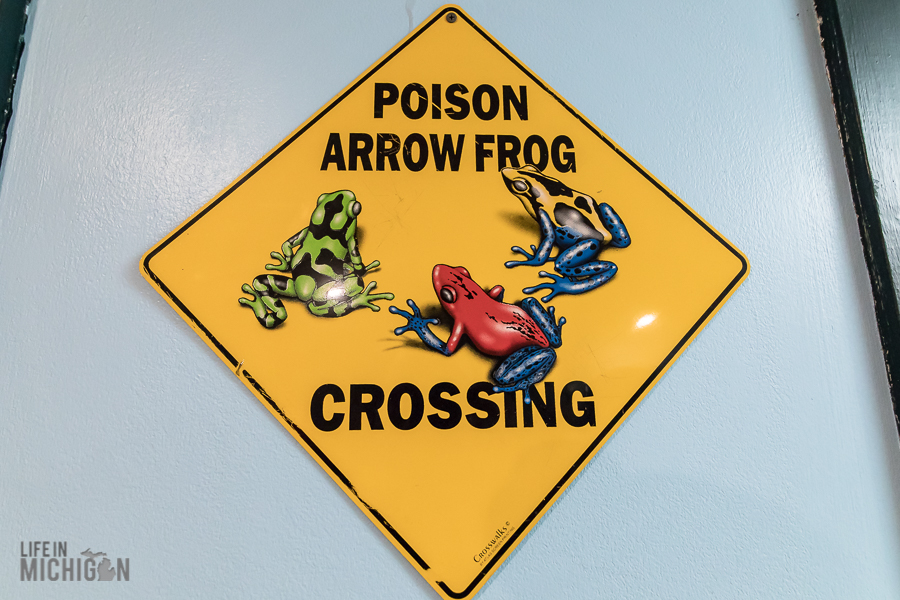 The Poison Frog Brewery is located on 1908 Horton Rd, just south of Jackson. You can’t miss the place as the outside is bright yellow. On the inside, the lights are bright and the colors on the wall are vibrant. It makes sense when you think about poison frogs and their bright colors. To top it off, the brewery had local musician Kevin Krieger providing some nice covers on the sax. 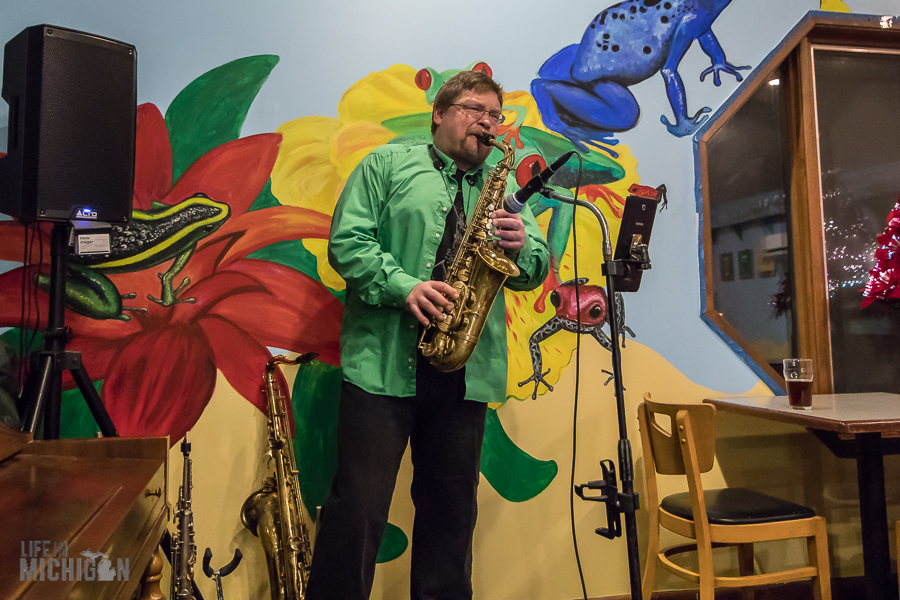 Not only is the brewery named Poison Frog, they have actual poison frogs in the pub. Don’t worry, they aren’t jumping around inside the brewery. We learned from co-owner Phil Wilcox that the frogs get their poison from the food they eat. The frogs don’t get the poisonous critters at the pub, so they aren’t deadly little creatures. Learning while drinking beers, I think that is a bonus. 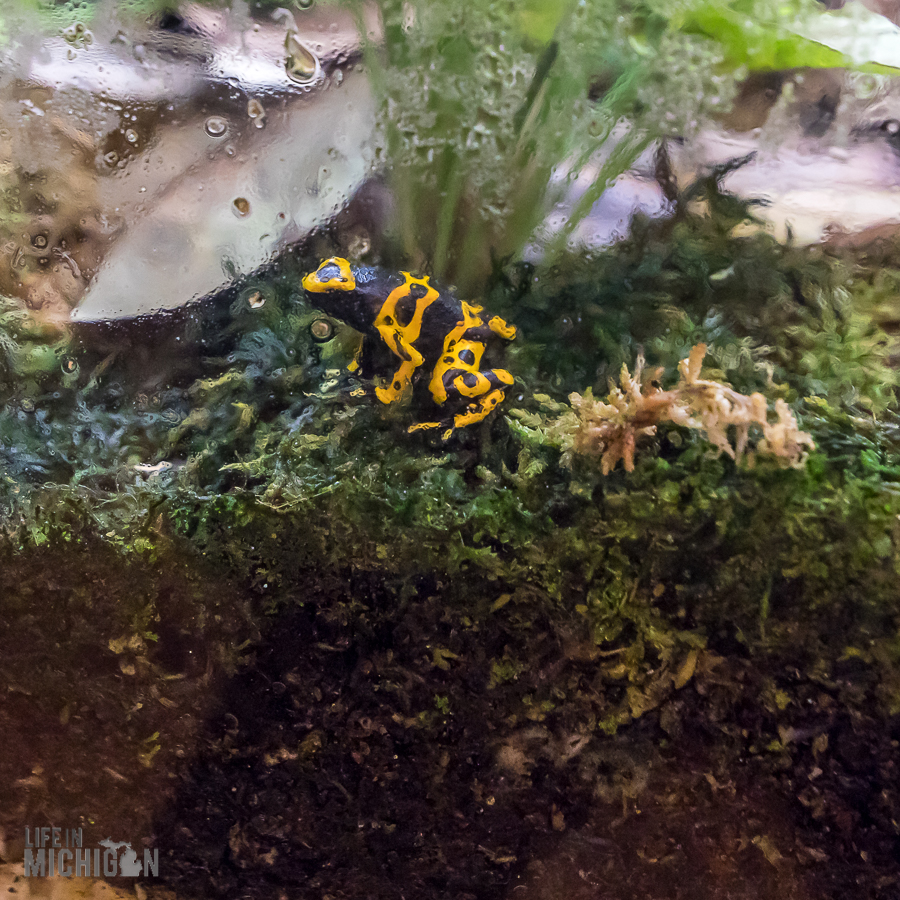 While enjoying a Hoppy Bastard IPA, we started chatting with the folks at the bar about beer and their favorite breweries. These Jackson natives were very friendly and we soon were making plans for furthering our beer adventures and a trip to Cascarelli’s. Drop by the gallery for more photos of Poison Frog Brewing. 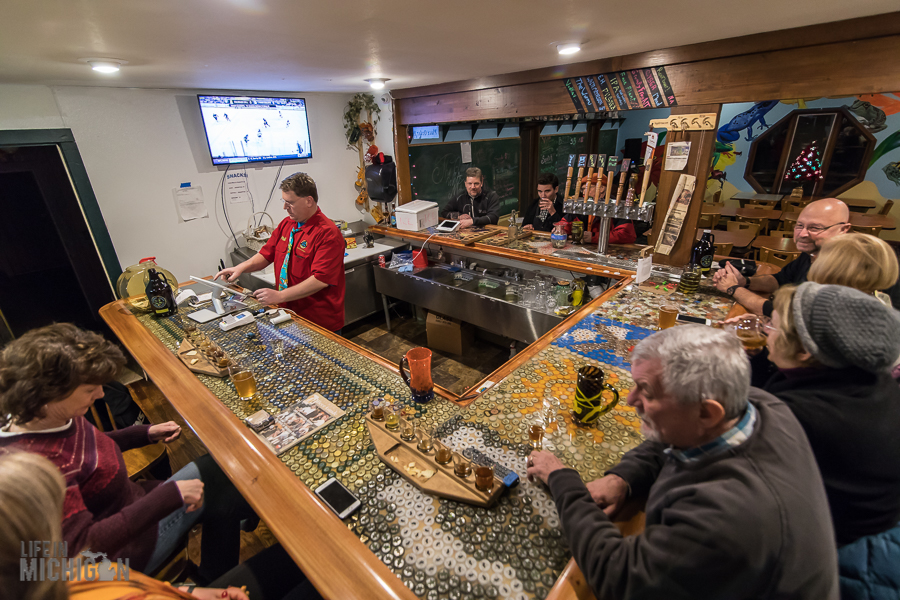 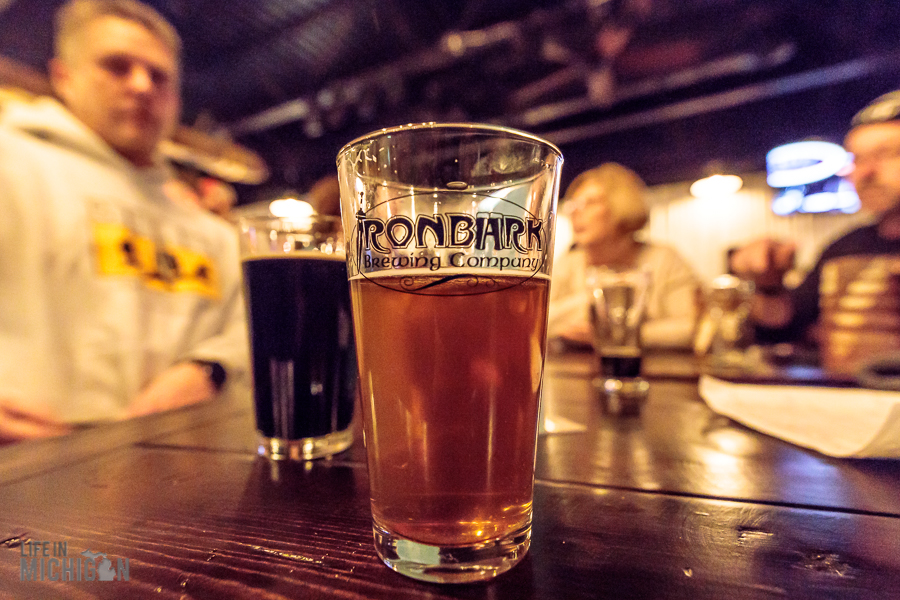 On the recommendation of our new friends from Jackson, we struck off with them to the Ironbark Brewing Company. Ironbark is located at 2610 Kibby Road just down from the Kibby-Cobb Delhi. This brewery is brand spanking new. They had their grand opening on New Year’s Eve. 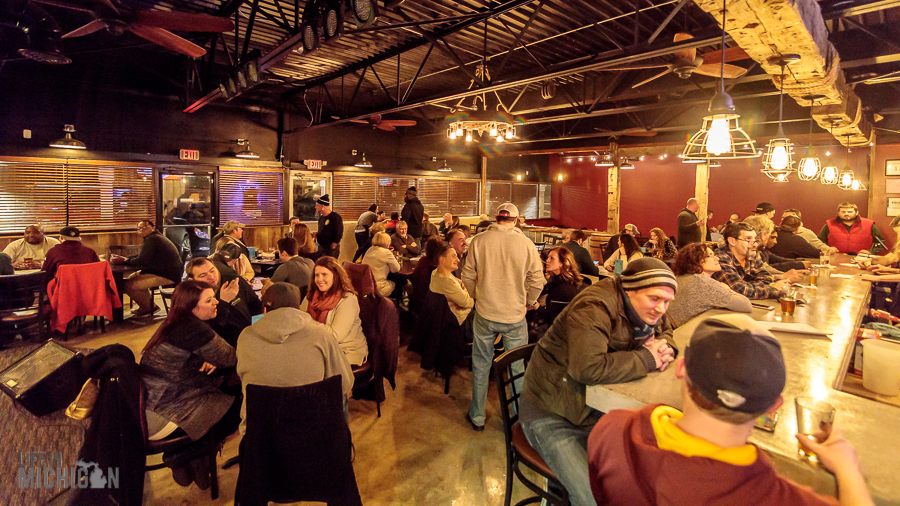 This place was packed with folks enjoying beers and the welcoming atmosphere of Ironbark. The staff were extremely attentive and very friendly. We grabbed a seat with our new Jackson buddies and ordered up some beers. The Hoppy Popply Double Black IPA and Rype Pale Ale were full bodied with a boatload of flavor. Someone had the Blackbeard’s Coconut Porter and that was like drinking an Almond Joy without all the sugar. If you dig coconut, then you’ll love this brew. 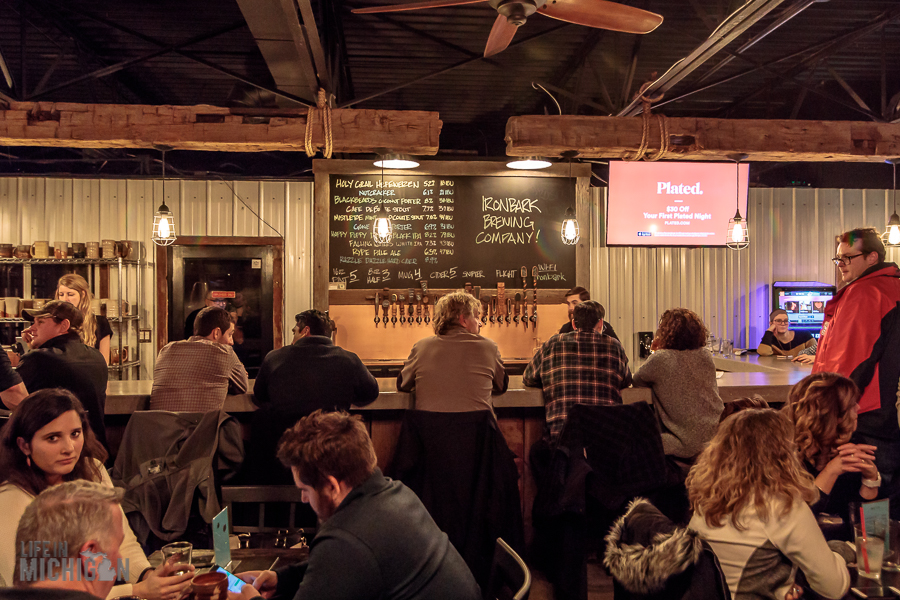 Ironbark Brewing doesn’t serve food yet, but Kibby-Cobb is right next store. You can order food in the bar and they’ll bring it over from the deli. We had some of the bagel chips with dip. These little beauties were addictive. 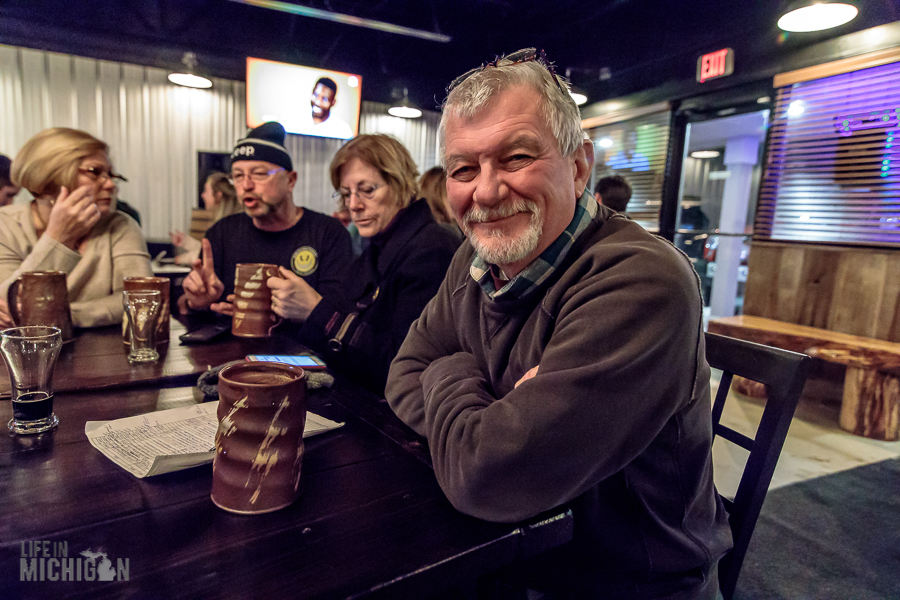 While chatting with our new Jackson pals, they mentioned Bifferhaus Brewing and that they were mug club members there. Before we headed home, we made plans to meet up for the third leg of our Jackson beer adventure. For some more pictures of Ironbark Brewing, check out the gallery. 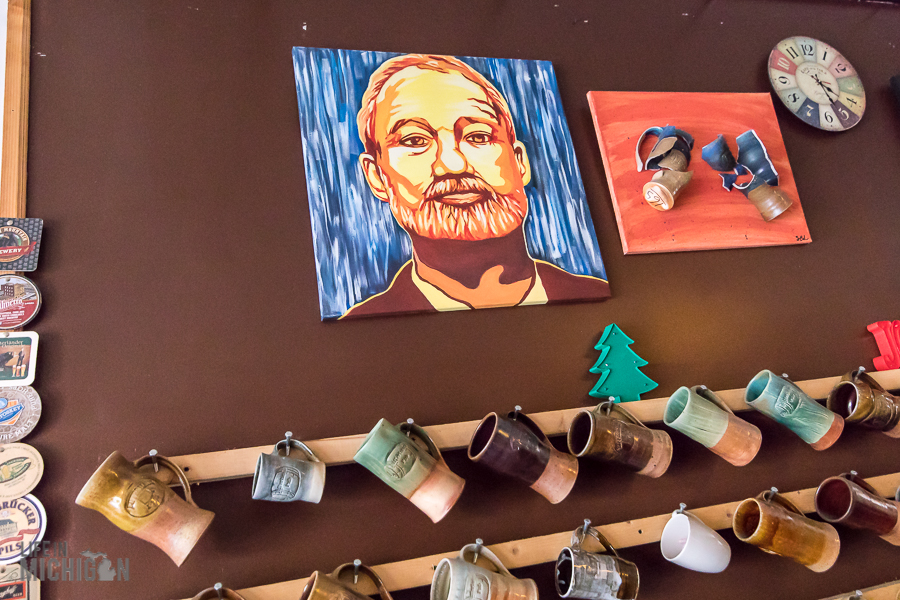 Last, but far from least on our Jackson beer adventure was our visit to the Bifferhaus Brewing Company. Located right next to the Cork and Cap store at 900 Lansing Ave, Bifferhaus Brewing feels like you are hanging out with friends at the neighborhood tap. The atmosphere is incredibly relaxed with an emphasis on fun. Be sure to ask the owner about the mannequin in the window. 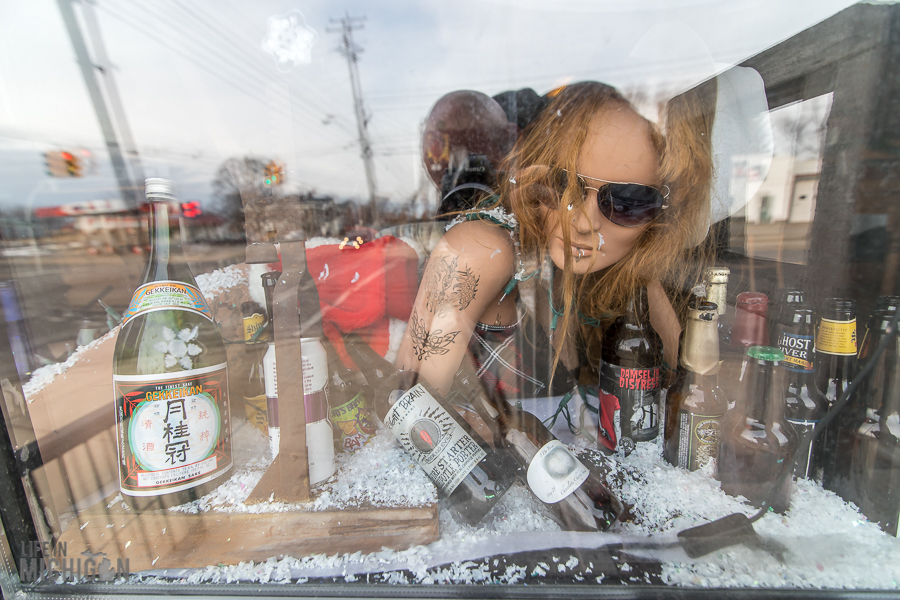 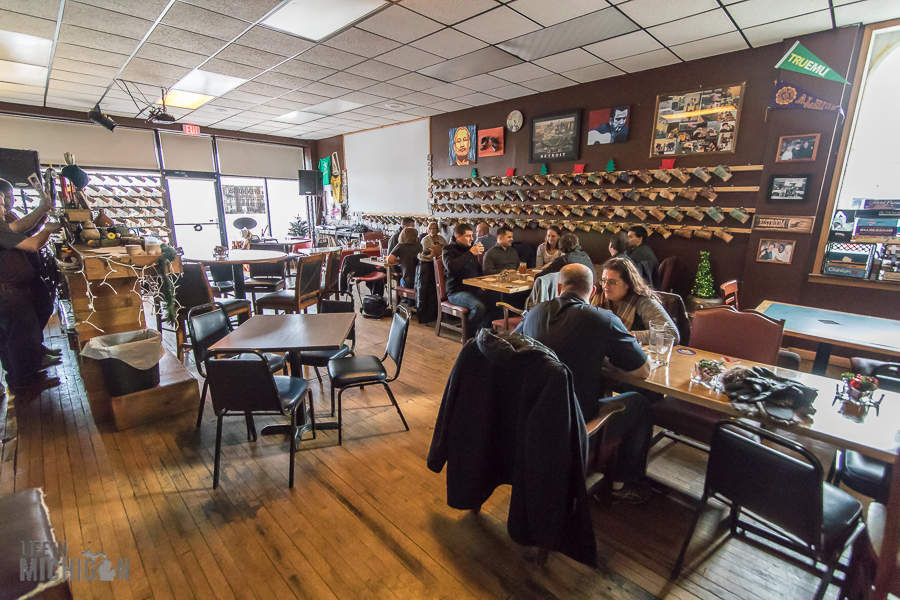 Since we both are Eastern Michigan graduates, it was fun to see all the EMU paraphernalia on the walls. In addition to some delicious beers, Bifferhaus offers a number of weekly theme nights including vinyl night on Wednesdays. The pub has a righteous collection of vinyl in house, but you can bring your own. This sounds like a hell of an idea for meeting new music friends while enjoying some damn fine brews. 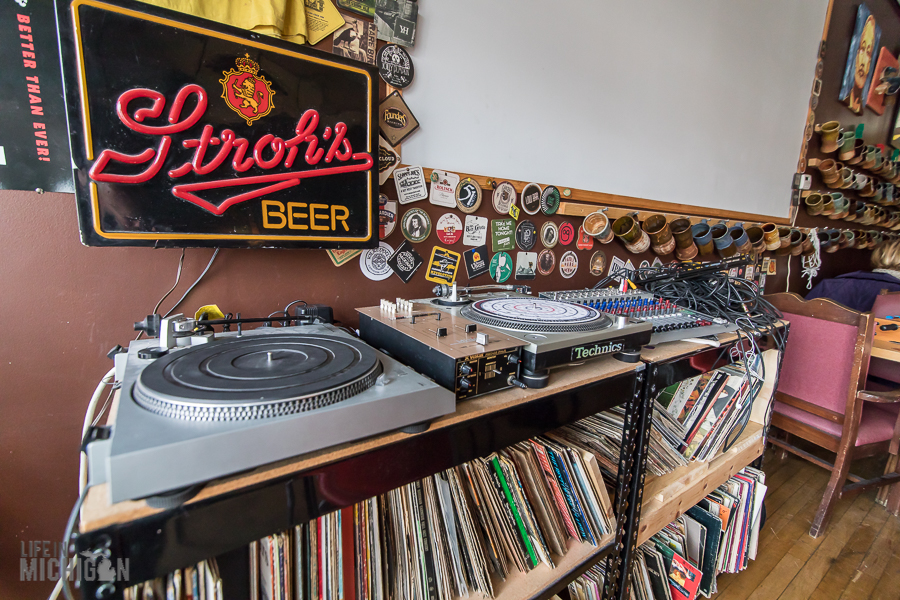 Speaking of the beer, Bifferhaus typically has 8 beers on tap. They like to experiment and be creative. The Peanut Butter Porter is wonderful. It is a rich chocolate peanut butter explosion of flavor. We love a good IPA and Bifferhaus had us covered with their BBC IPA. A common theme with these smaller breweries is that they focus on beer and let you bring in your own food. However, you can get chips and Cascarelli’s nuts at Bifferhaus to accompany your beer. 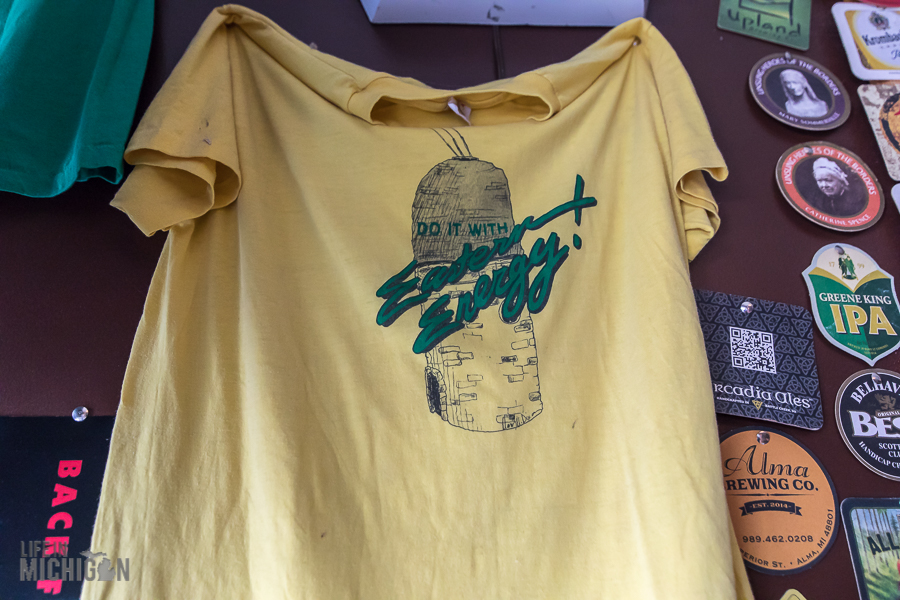 Our mini-beer of Jackson was a great way to experience Jackson and taste some of the awesome beer being made in Michigan. By the time we publish this article, there will probably be a few more breweries in Jackson to explore. The next time your adventures take you to the Jackson area, give these breweries a try. Drop into the gallery for some more pics from Bifferhaus Brewing.

If you enjoyed our story of the Jackson Beer adventure, then share it on your favorite social media venue or send it as a link to your friends and family. This is good for everyone!

We love social media. You can find us on and Instagram. Cheers!