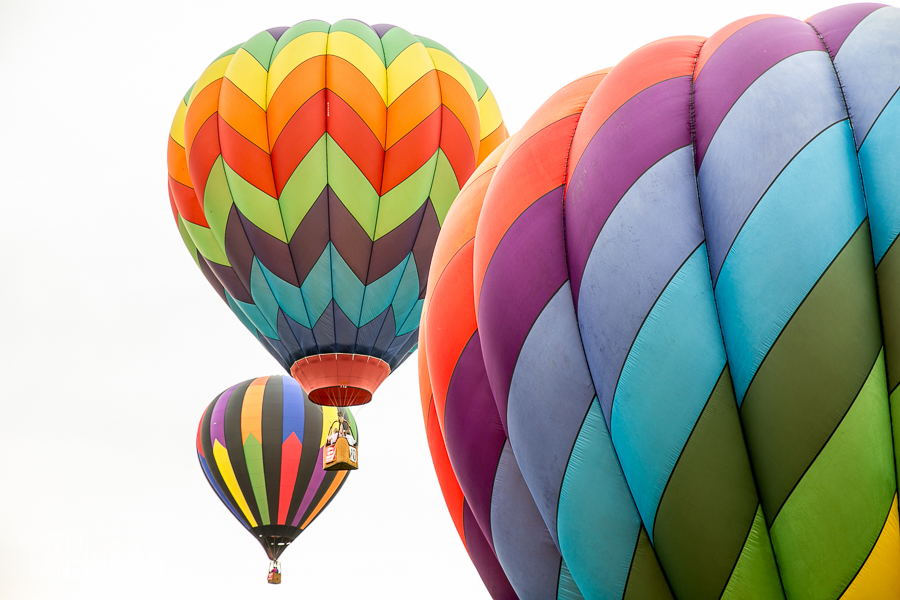 We saw a post from our friends over at Experience Jackson about the Hot Air Jubilee and thought that sounded like a nice way to kick off our weekend. The jubilee actually got it start back in 1983 with some local pilots and has grown into a three day festival with pilots from around the country. 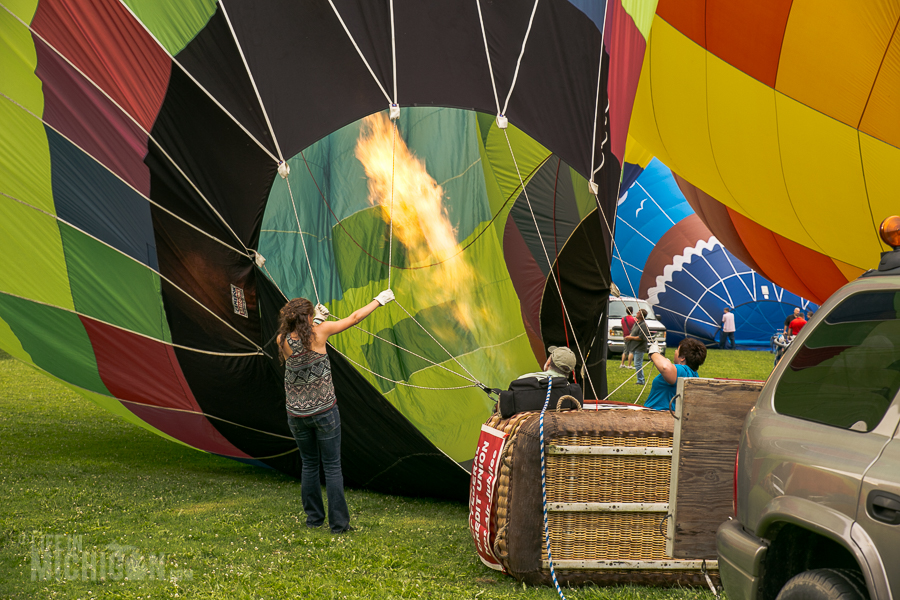 In addition to the hot air balloons, there were carnival rides, a midway with food and crafts, live music, and a car show. There are launches of the hot air balloons each morning and evening of the festival. If you are adventurous, you can even get hooked up with a pilot for a ride. 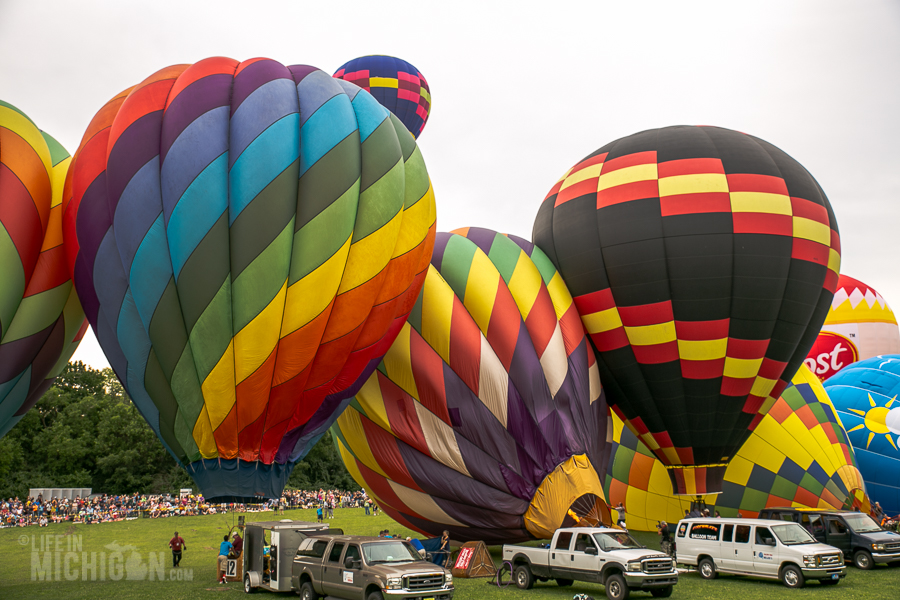 The whole shindig takes place at Ella Sharp Park which was donated to the city of Jackson in 1912 by Ella Sharp. We didn’t really get to explore this park, but there is a lot to discover with a golf course, disc golf, miniature golf, trails, softball fields, and an art and history museum. 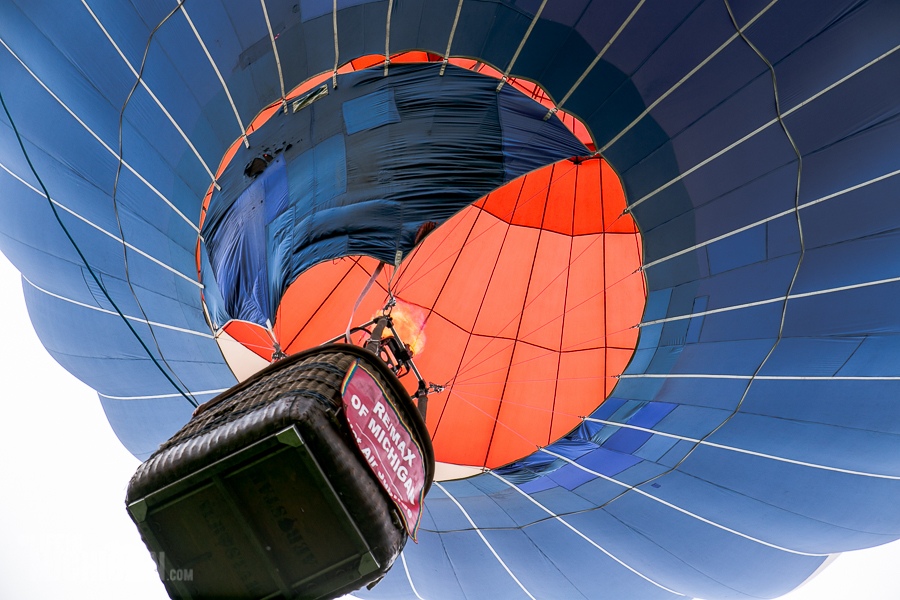 The hot air balloon pilots aren’t just floating around for fun (although I’m sure it has to be a blast), they are competing.  During the festival there are various contests that they participate in to earn points toward a festival grand prize.  On Friday night, they had a hound and hare chase where one balloon takes off and then everyone else tries to get into the air next.  They were also dropping rings over targets as they headed up into the sky. 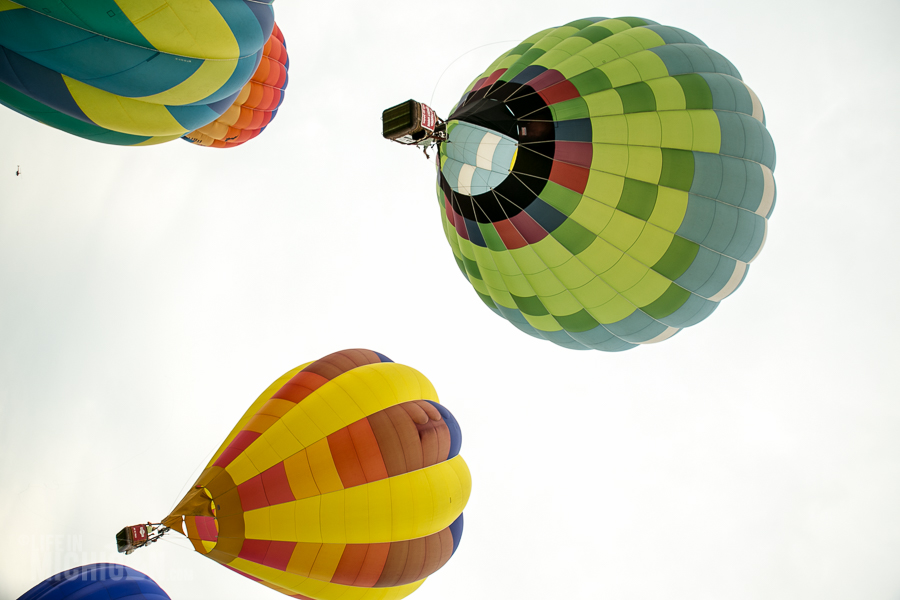 Between the evening launch and the evening glow, we took a quick break to head up to Grand River Marketplace for a beer and some food. Great service and the food hit the spot. 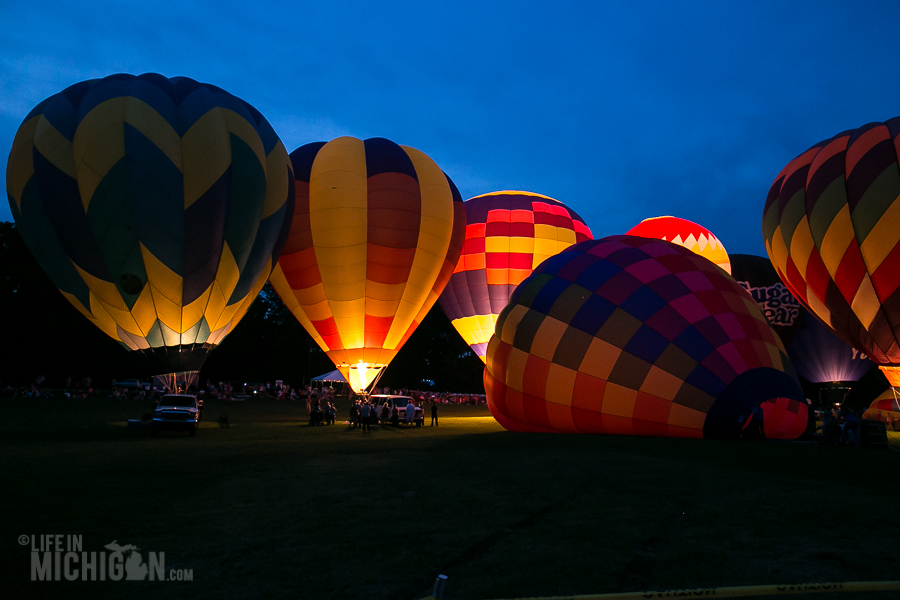 Now that we didn’t feel like we were going to pass out from starvation, we headed back to the park to see the spectacular night glow. 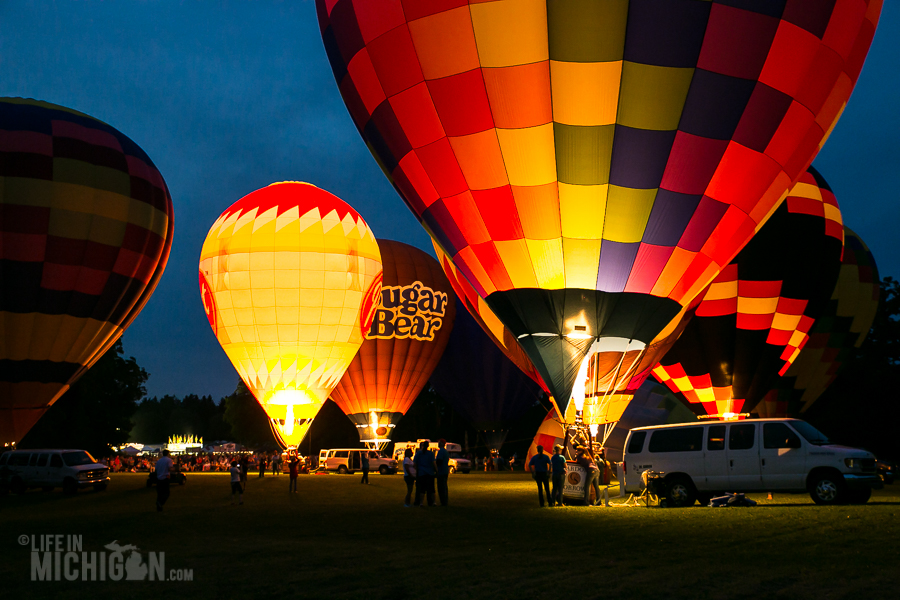 I’ve seen balloon launches, but I’ve never seen a night glow. If you get a chance, you should check it out. I think the balloons may look even better at night. 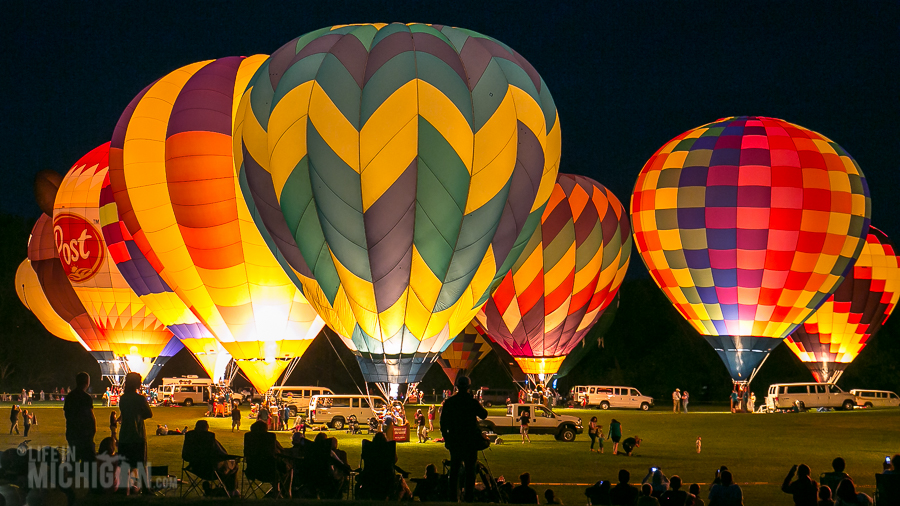 The Jackson Hot Air Jubilee was a great way to spend an evening with friends and family. Put this one on your calendar for next year! If you missed it, then stop by the gallery to check out some pics. If you made it out, let us know what you thought. We’d love it if you’d subscribe to our newsletter, or follow us on Facebook, Twitter, Pinterest, Tumblr.  Cheers!