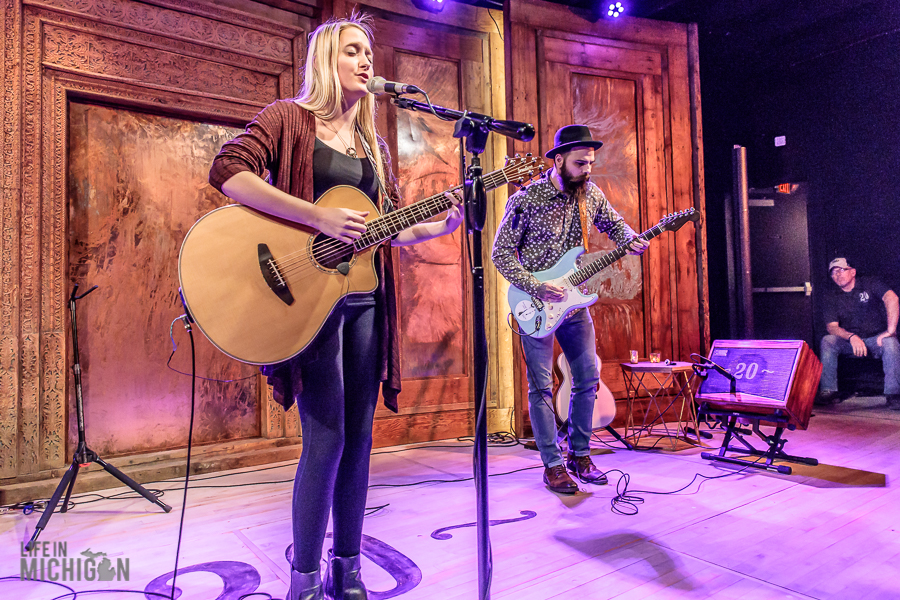 Our musical adventures took us to Lake Orion to check out a new acoustic venue called 20 Front Street. This place is a hidden gem in Lake Orion offering intimate acoustic musical experiences. I was reminded a bit of the famous Ark in Ann Arbor, in that you can be up close with excellent sound from any angle. 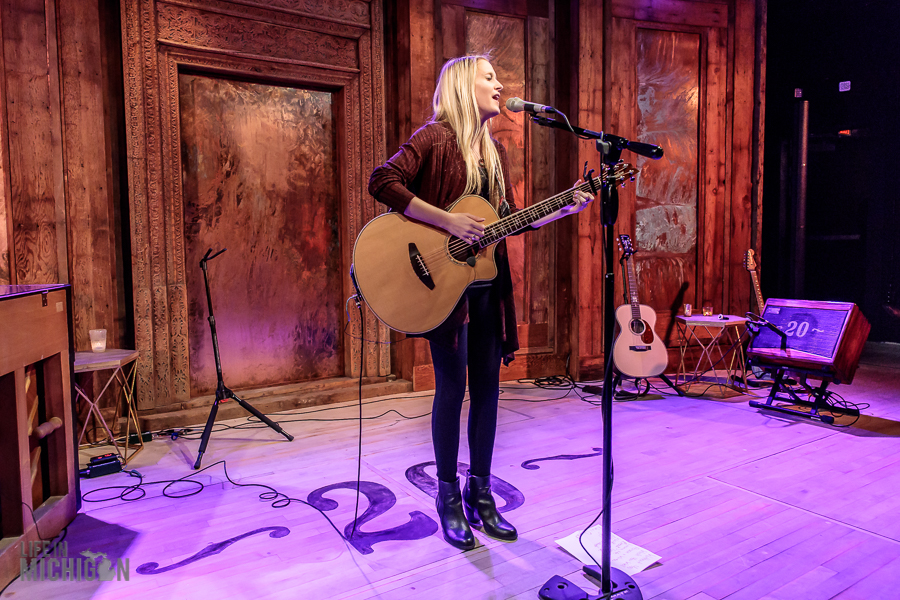 The act we wanted to catch was Katelynn Corll. We stumbled upon this ridiculously talented young woman through our friend Ryan Meadows who was formerly with Nina and the Buffalo Riders and now leads Wolf and The Crane. Katelynn’s passion is playing the drums. She plays with Wolf and The Crane as well as the stellar hard rock band Harlow. 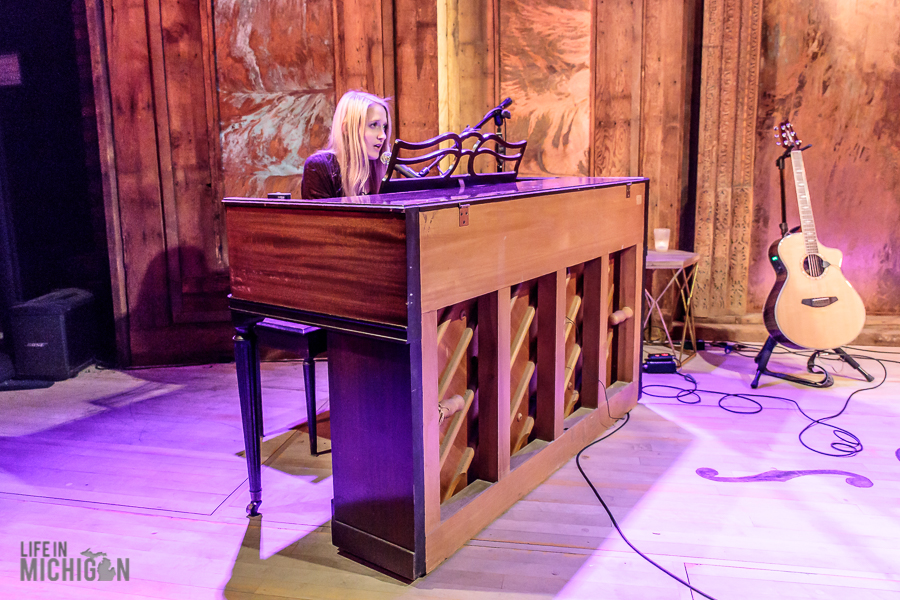 Starting off tonight’s musical feast was Robin Berg. Robin is the leader singer and founder of Callison Nash which is an Americana country band from California. As the story goes, they have one foot in California and one foot in Nashville. Robin was flying solo this evening, playing songs from the Callison Nash album called ‘Forget Everything’. His voice was warmly pleasant and reassuring with hints of Irish folk. The audience showed their appreciation with plenty of hearty applause. Drop into the gallery for more pictures of Robin Berg. 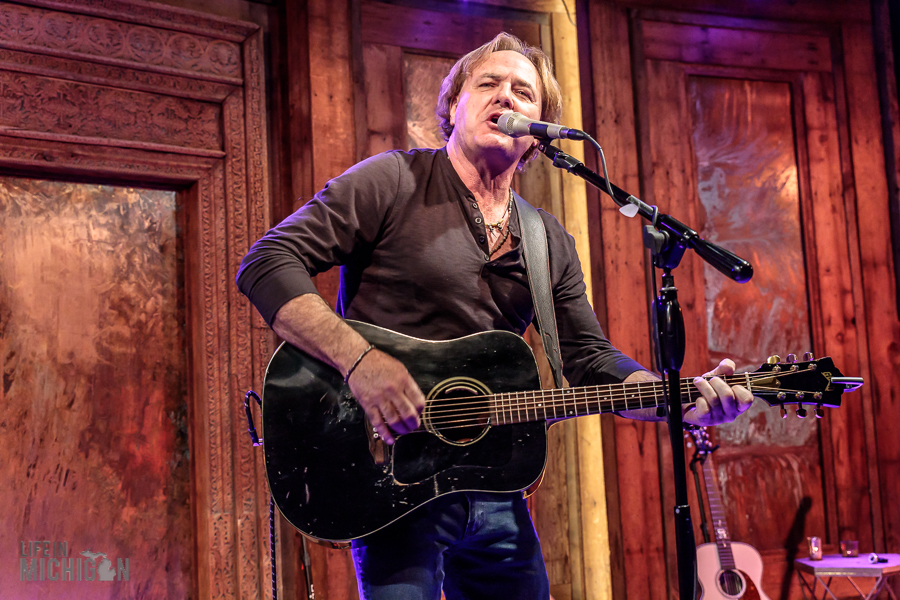 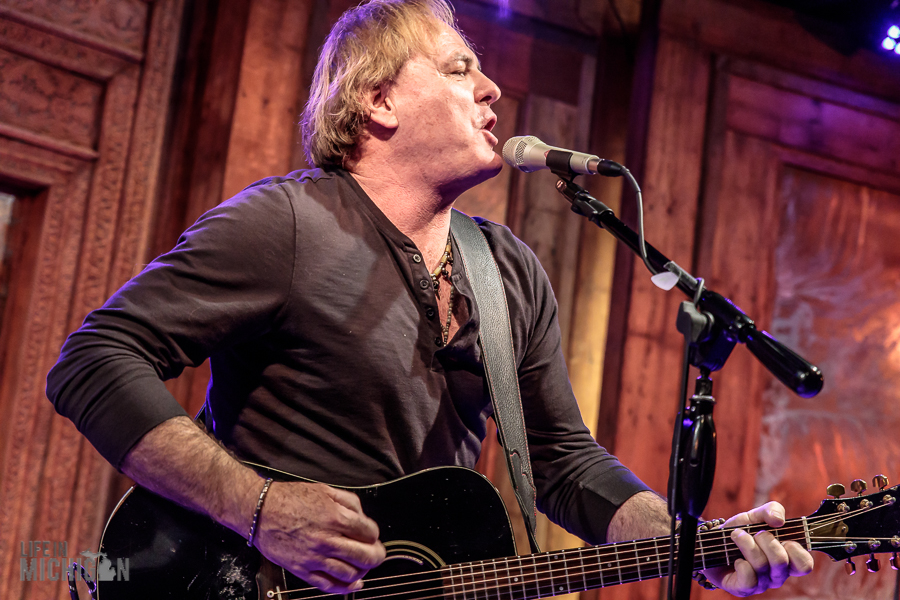 Katelynn is at home on the 20 Front Street stage and there was nothing but love in the room for her as she started her set. She is a nimble guitarist, yet the power of her music is in the songwriting and performance. For such a young artist, Katelynn is extremely adept in transferring her passion and positive energy through song. 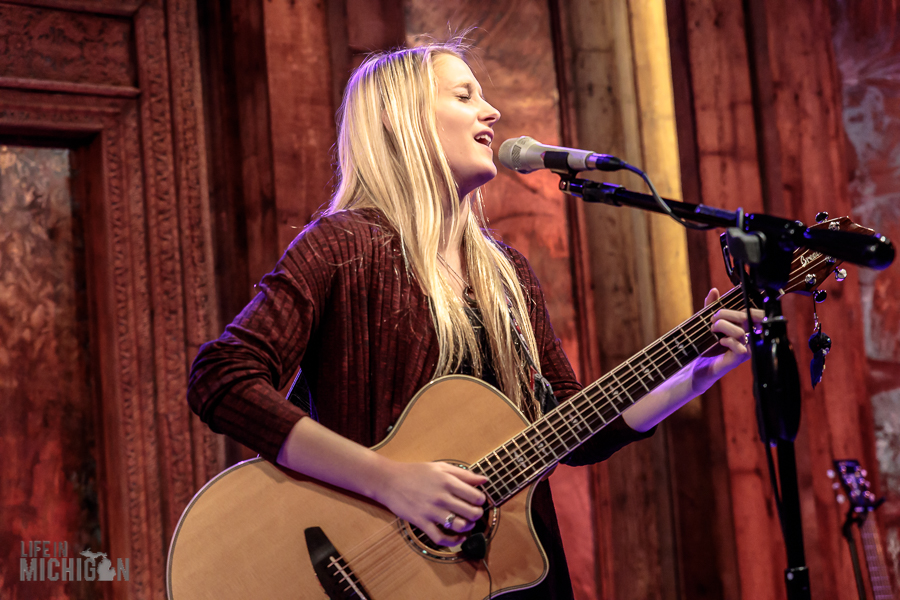 Katelynn began her set solo, but her intent was to share this experience with some of her close musical friends. First to join her on stage was Ashley Peacock the owner of Soul Foundry Studios. Katelynn’s newest record ‘The Soul Foundry Sessions’ was recorded by Ashley at his studio. He joined Katelynn for a beautiful cover of “Poison and Wine” by Civil Wars. They created a medley of this song with “With or Without You” by U2. The emotive power of their voices in tandem was breath taking. 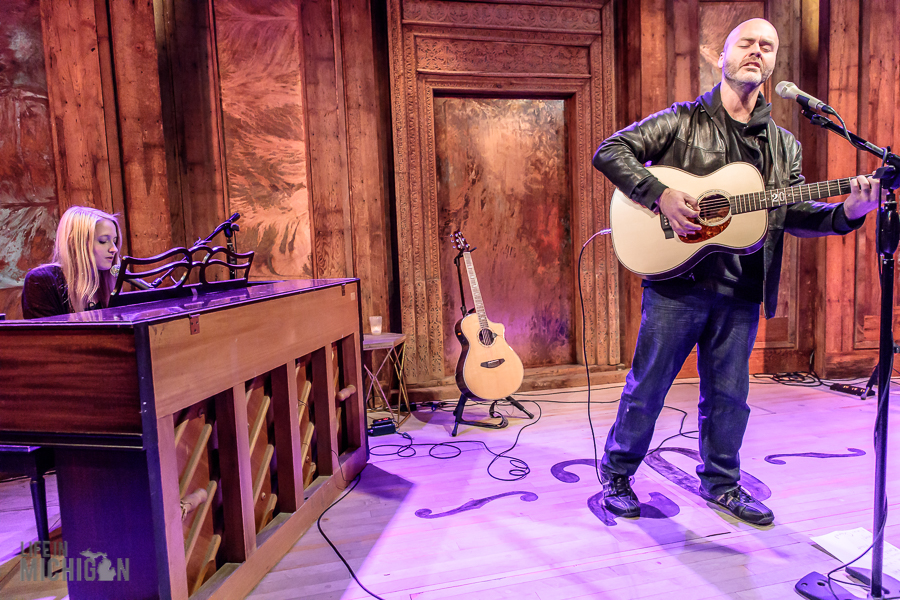 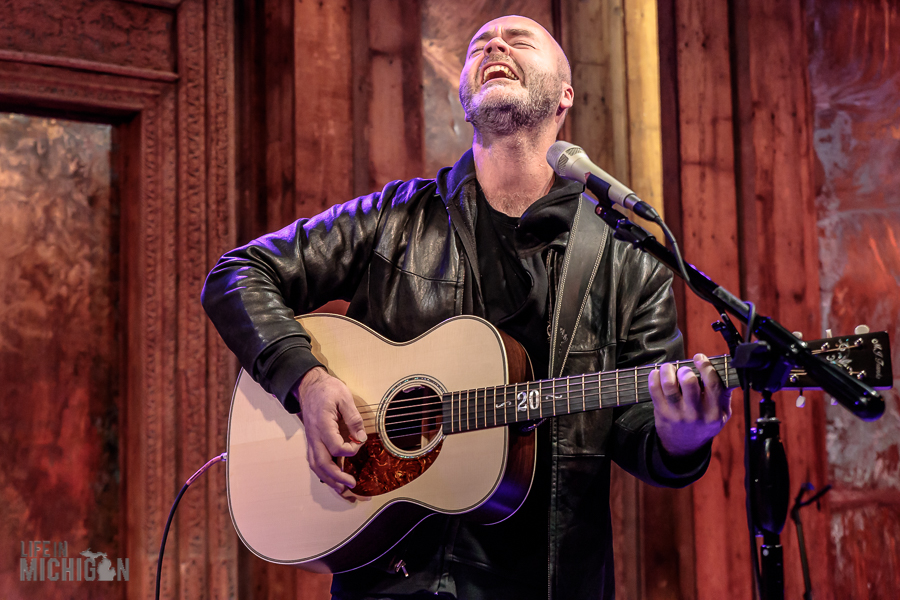 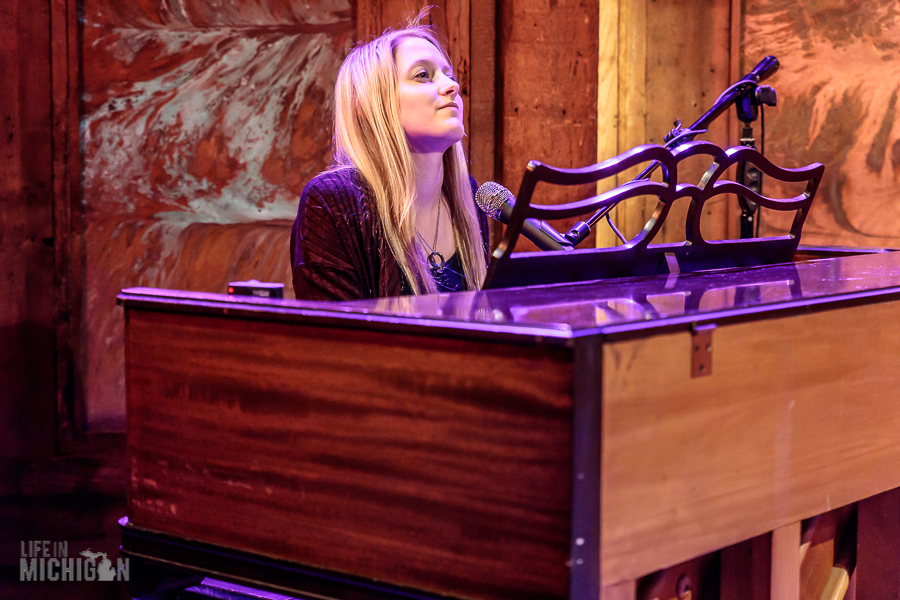 Next up to perform with Katelynn was Lauren Harlow who is the founder and vocalist for the hard rock band Harlow. Katelynn accompanied Lauren on a mesmerizing cover of Hailstorm’s “Break In”. Lauren’s rich vocals formed the core with both her and Katelynn ascending to heaven with each chorus. This was a knockout performance and the highlight of the evening. 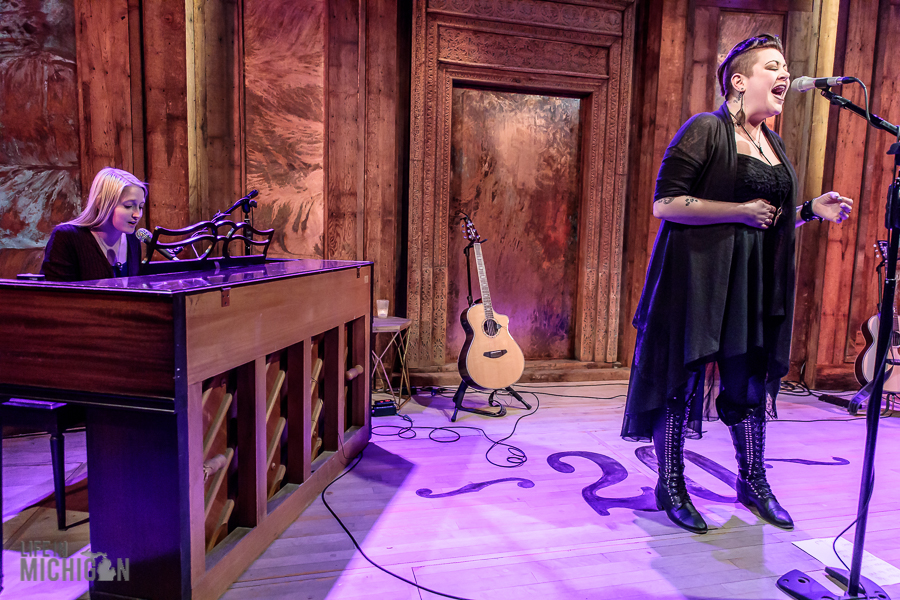 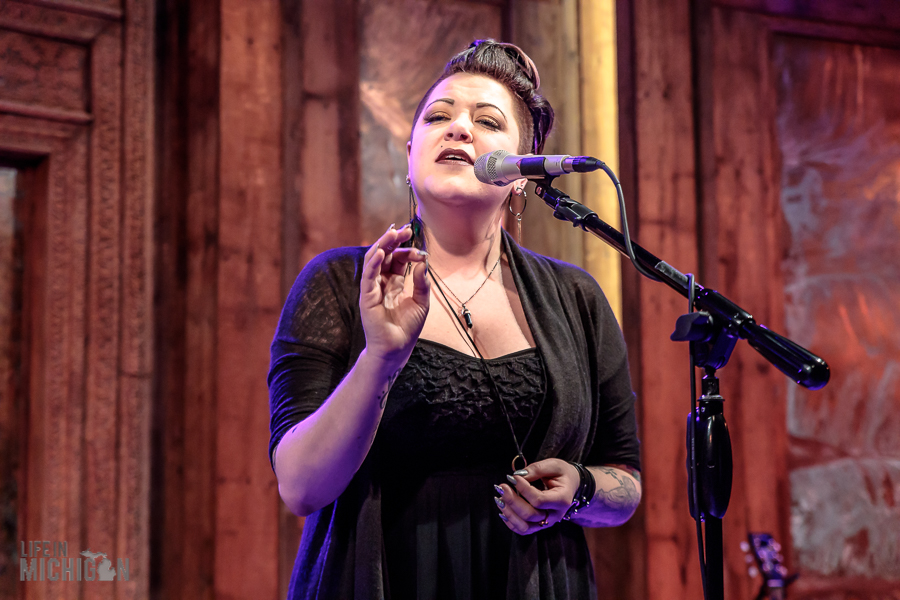 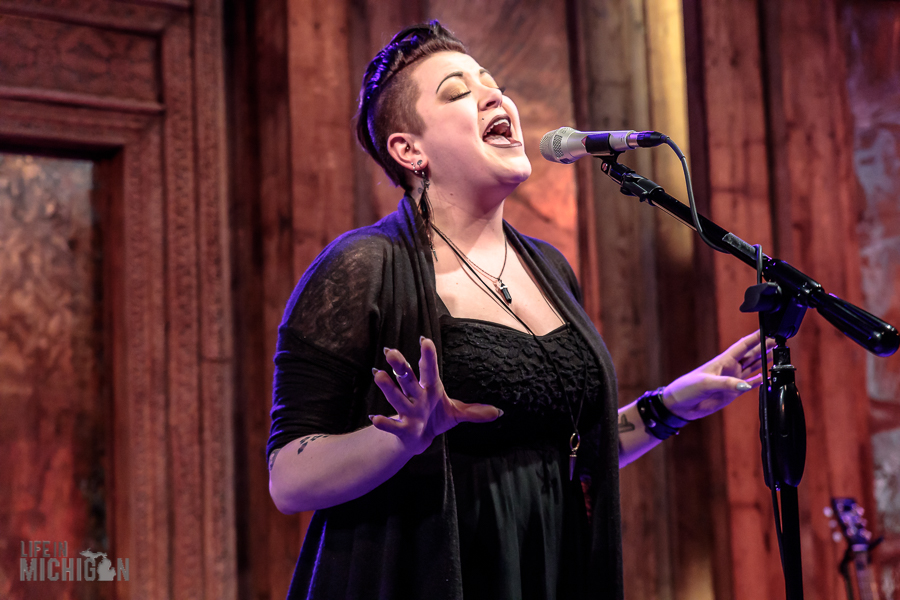 Finally, Ryan Meadows joined Katelynn for her final few songs. While they may not be bonded through blood, these two are definitely brother and sister in soul. Working as a team, they wove a tapestry of music. This included a splendid cover of “Angel from Montgomery” by John Prine. Ryan spiced it up with some damn fine picking on his Stratocaster. 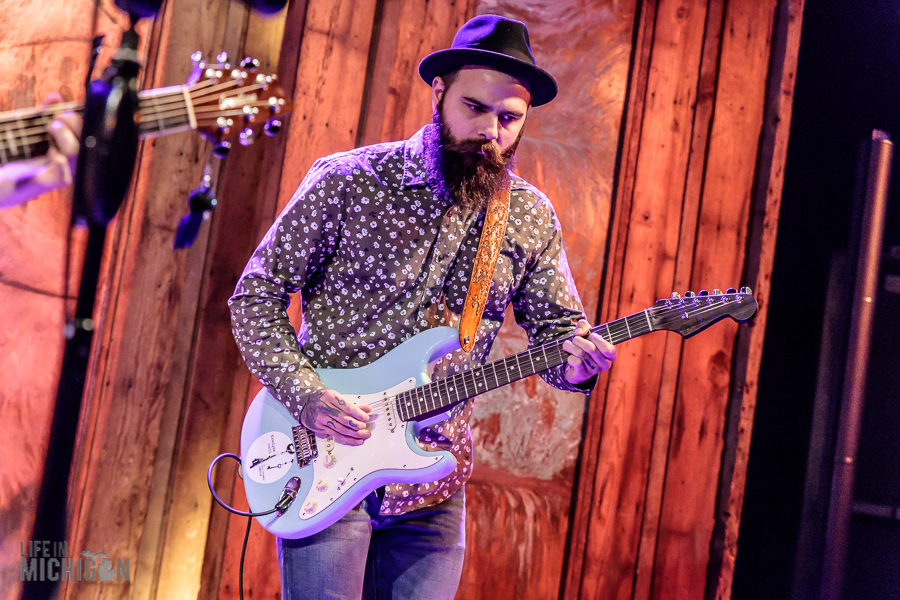 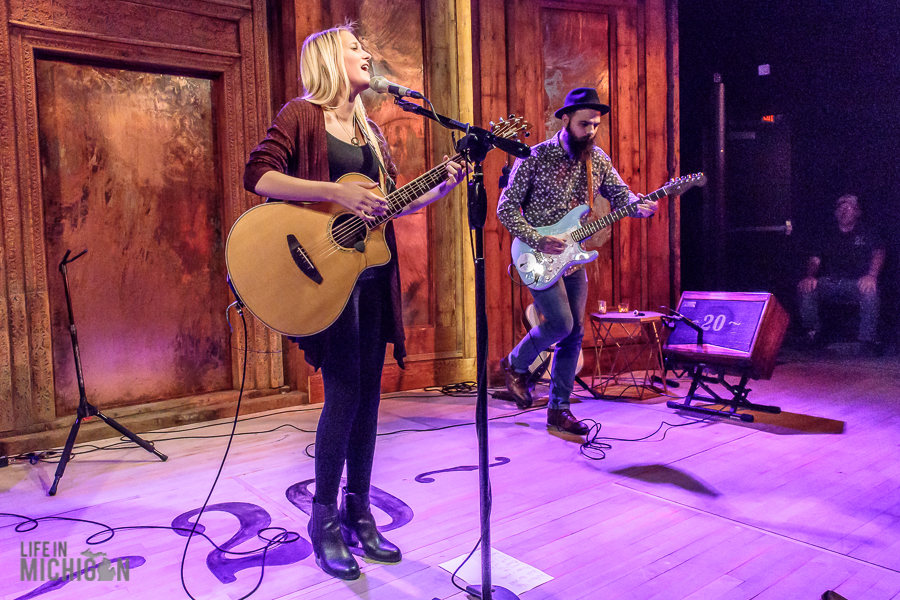 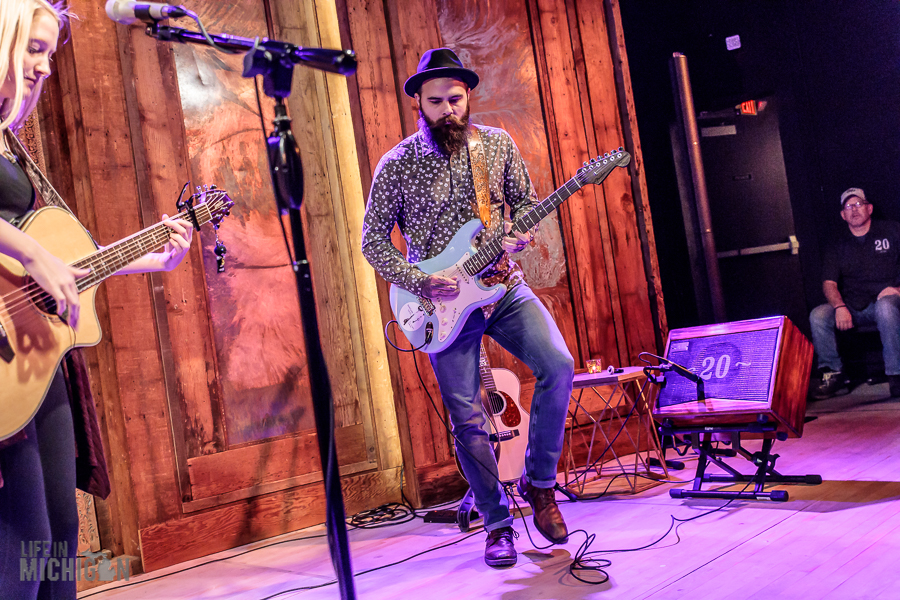 This was a fantastic evening of music with Katelynn Corll at 20 Front Street in Lake Orion. We have a bunch more pictures from the show in our gallery.

We hope you enjoyed our musical adventure with Katelynn Corll at 20 Front Street.  If you enjoyed the story, then share it on your favorite social media venue or send it as a link to your friends and family. This is good for everyone!