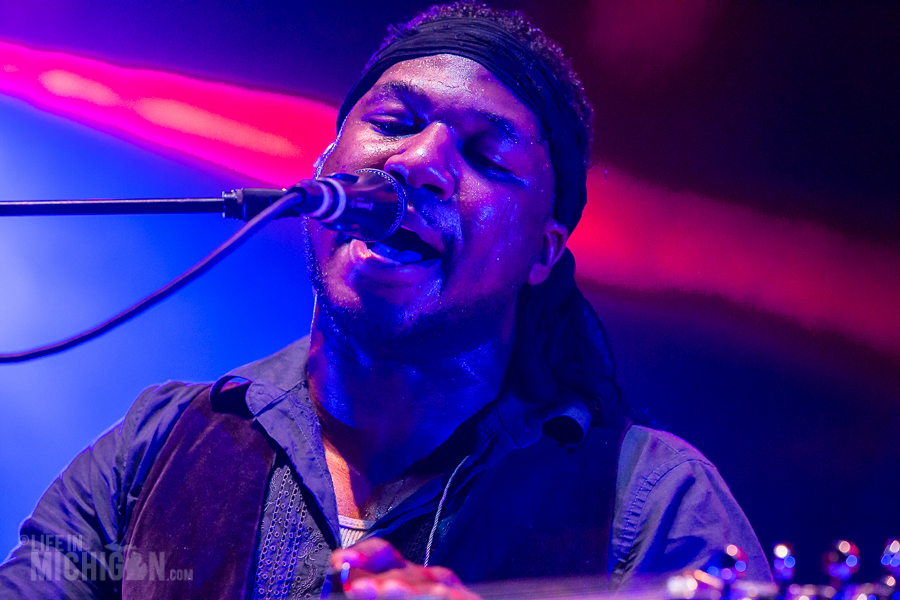 Robert Randolph and The Family Band

The night started with the always inspiring and uplifting music of Robert Randolph.  Opening up with Ted’s Jam, the buttery sweet arpeggios cooked up into grateful shouts of joy. 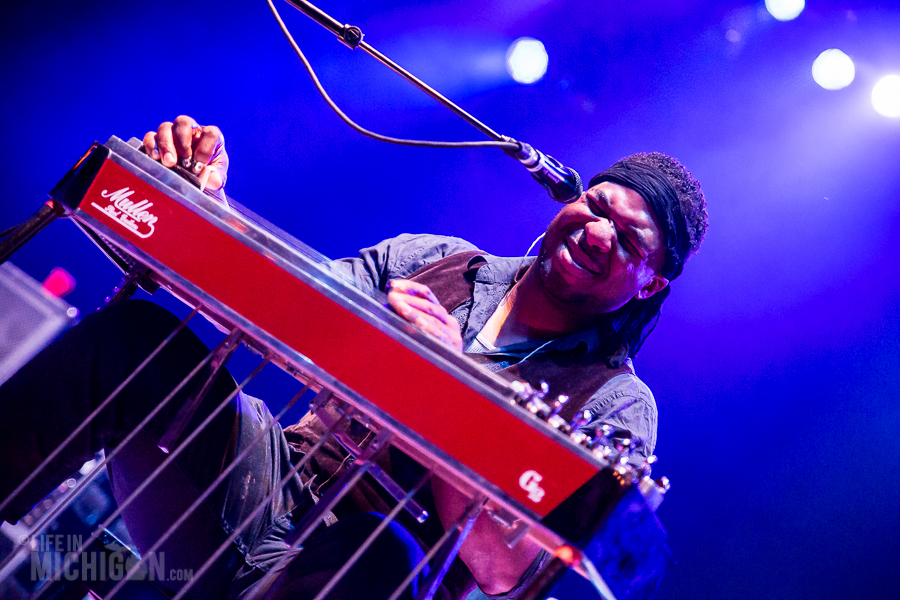 This is definitely not your mom and dad’s steel guitar rag (not that country steel players don’t kick some serious ass).  Amped Up off Lickety Split showcases extraordinary riffs layered on a bed of groove. 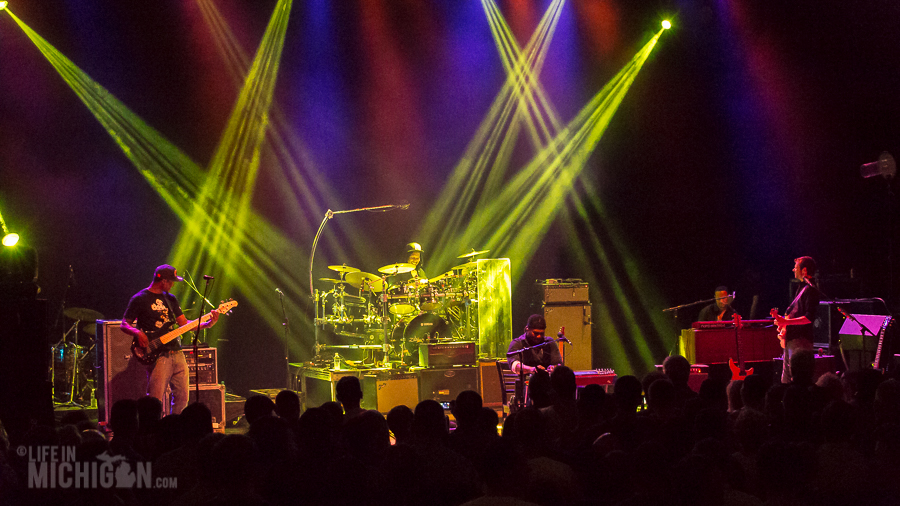 A very cool part of the show was when Robert picked up a ruby red Telecaster, played it a bit, and then offered it to the audience!  A guy from Oak Park raised his hand and got to get up on stage and jam with Robert Randolph!  That had to have made that guys evening!  On top of that, he played damn fine. 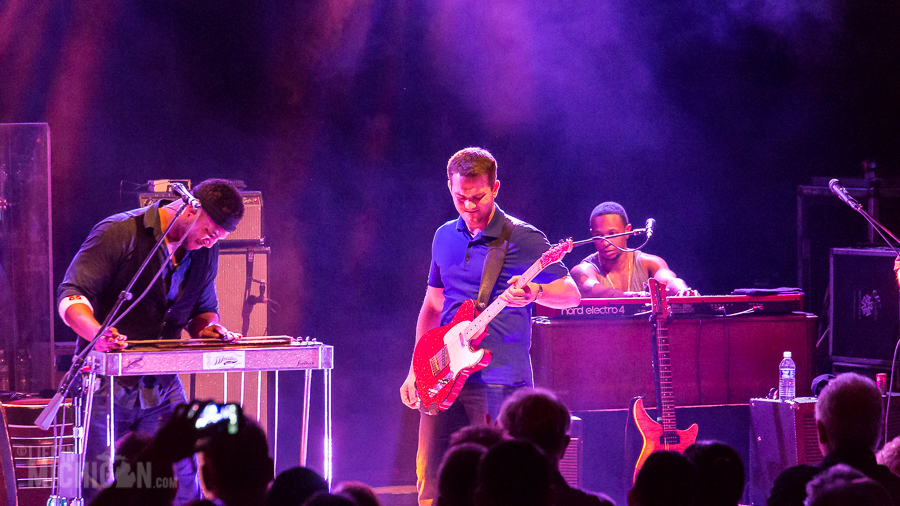 Robert Randolph and the Family band make you feel great and put on a hell of a show!  Be sure to check out lots more pictures of the band in the gallery! 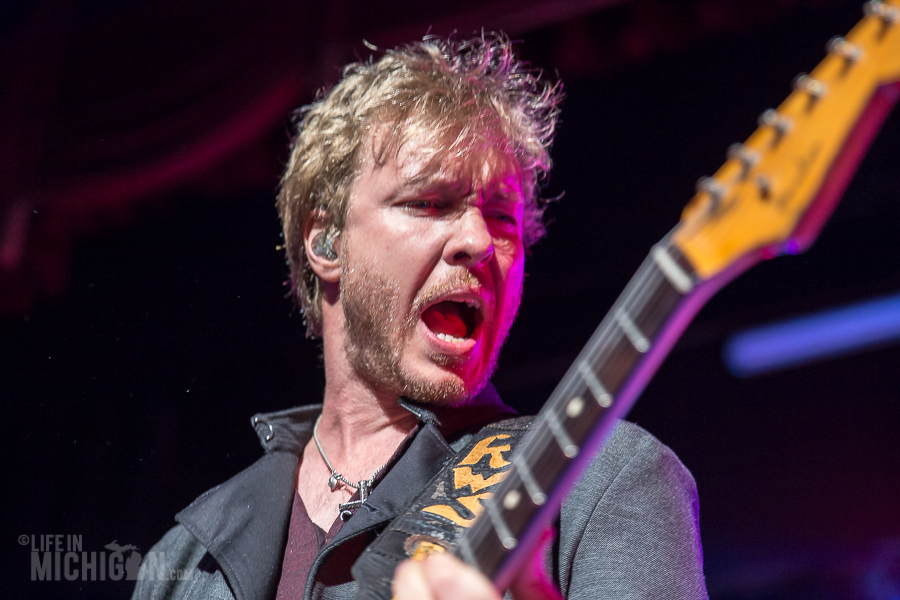 Kenny Wayne Shepherd is a young man, but an old soul when it comes to playing the blues.  The band launched out of the gate with Never Lookin’ Back then dug back into his rich catalog for Everything Is Broken.  I can tell you, nothing is broken with the sound of this band!  With Noah Hunt on vocals, Tony Franklin covering the bass, and two-thirds of Double Trouble in the drums of Chris Layton and keyboards of Reese Wynans, this band was in top form! 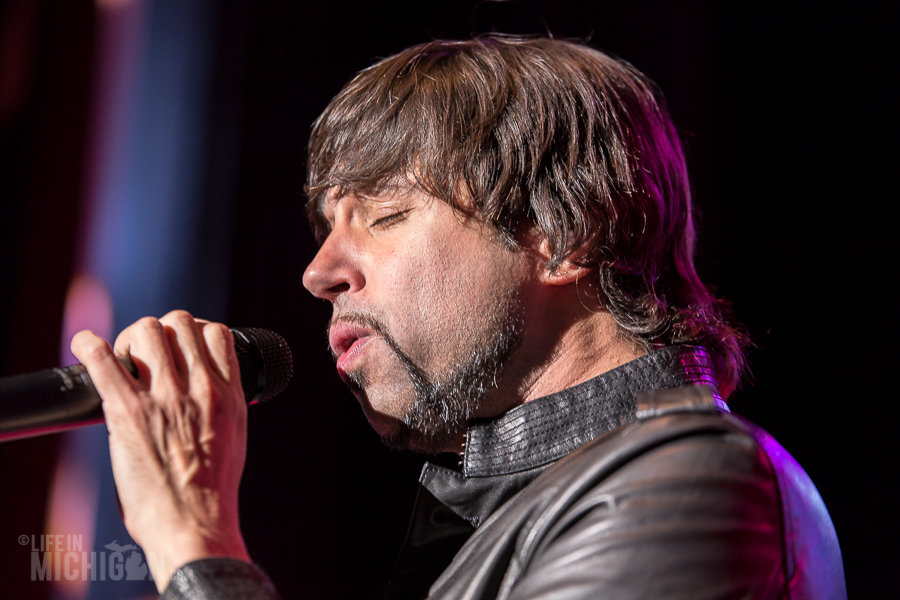 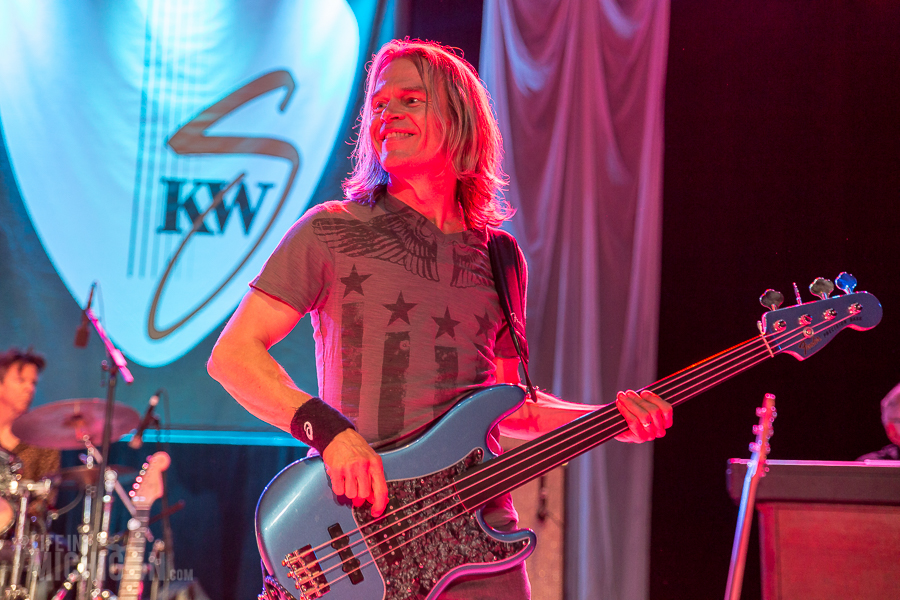 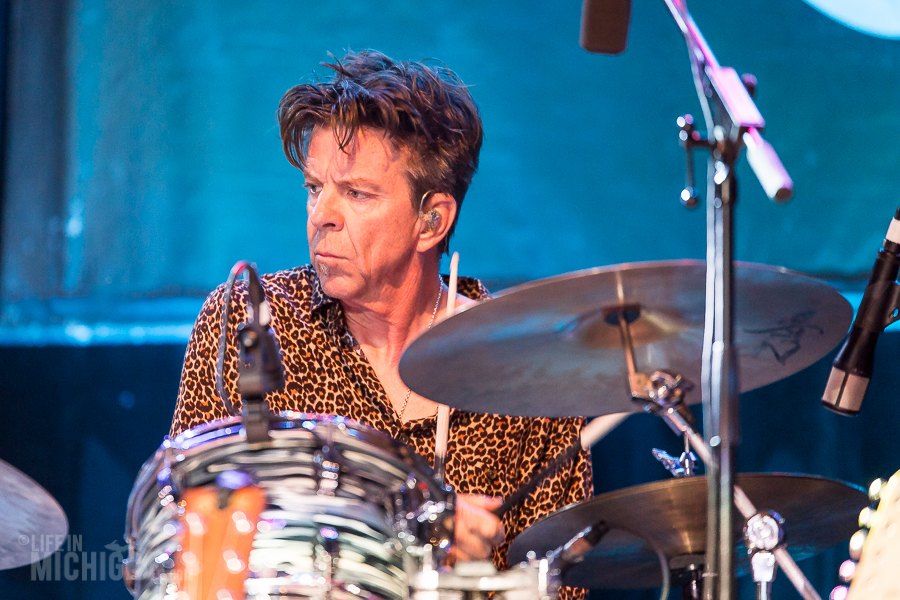 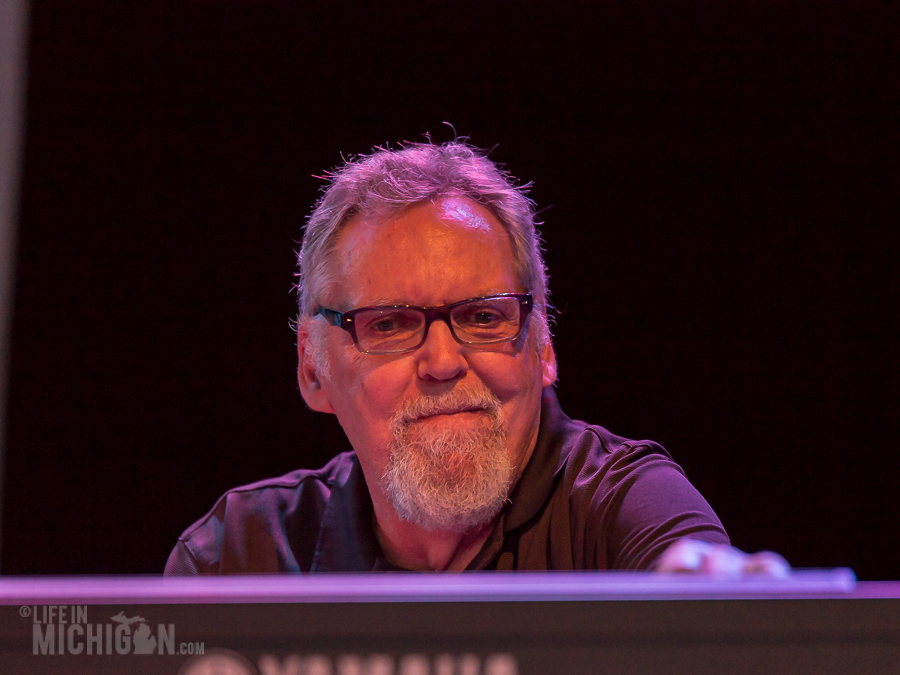 The set featured a nice selection of tunes off the latest Goin’ Home release.  Its astounding how Kenny Wayne Shepherd can take tried and true songs like House is Rockin (Stevie Ray Vaughn), Talk To Me Baby (Elmore James), or You Can’t Judge a Book by its Cover (Bo Diddley) and make them sound fresh and alive. 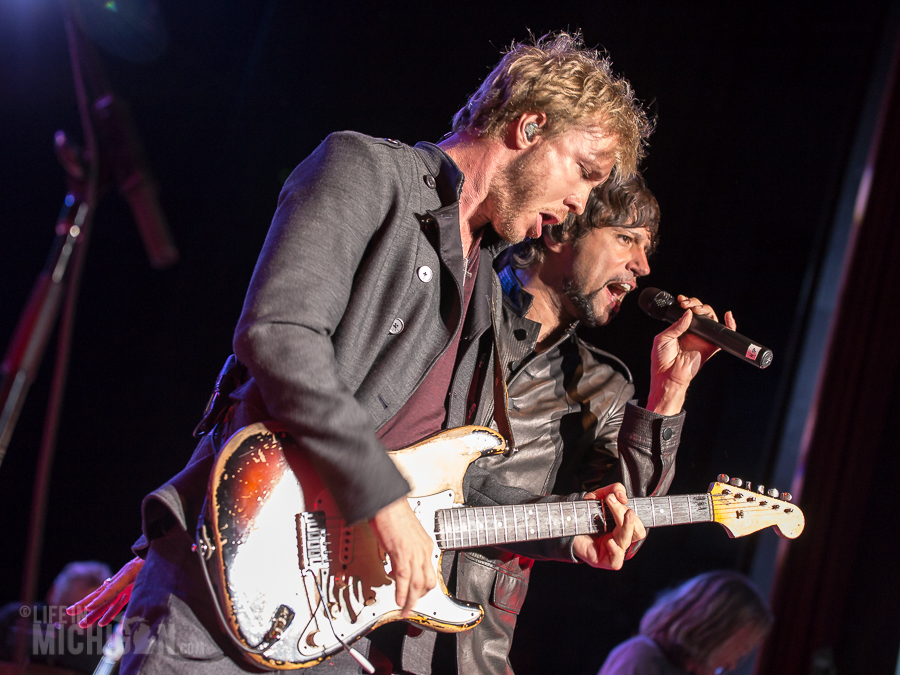 I’ll be the first to admit that I’ve never heard Kenny Wayne Shepherd sing until tonight.  He sang Search and Destroy by The Rides, which is the band he put together with Stephen Stills.  He also provided the lead vocals on the House is Rockin’. 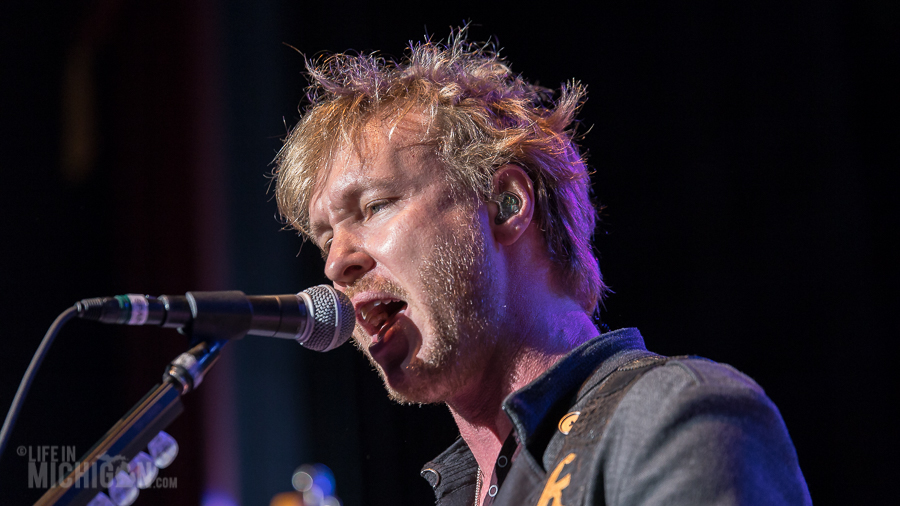 I really enjoyed the tasteful and passionate playing on Heat of the Sun.  While I really dig Kenny’s renditions of traditional blues number, there is a progressive quality to this piece.  Melding sounds of Jeff Beck with Carlos Santana while retaining the overall guitar sound of Kenny Wayne Shepherd. 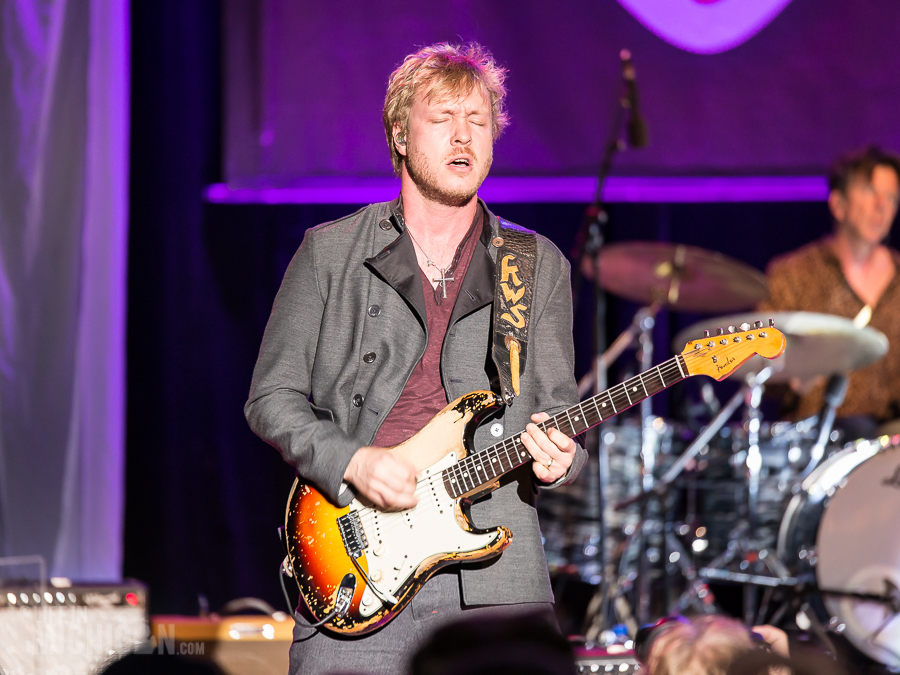 The encore included the crowd favorite, Blue On Black, followed by a mind melting performance of Red House with Robert Randolph and Kenny Wayne trading licks.  The band wrapped up the evening with Voodoo Chile (Slight Return).  If you caught Kenny Wayne Shepherd at the Experience Hendrix gig, you know how he can wail on this tune.  Stop over to the gallery to see more pictures of the Kenny Wayne Shepherd band. 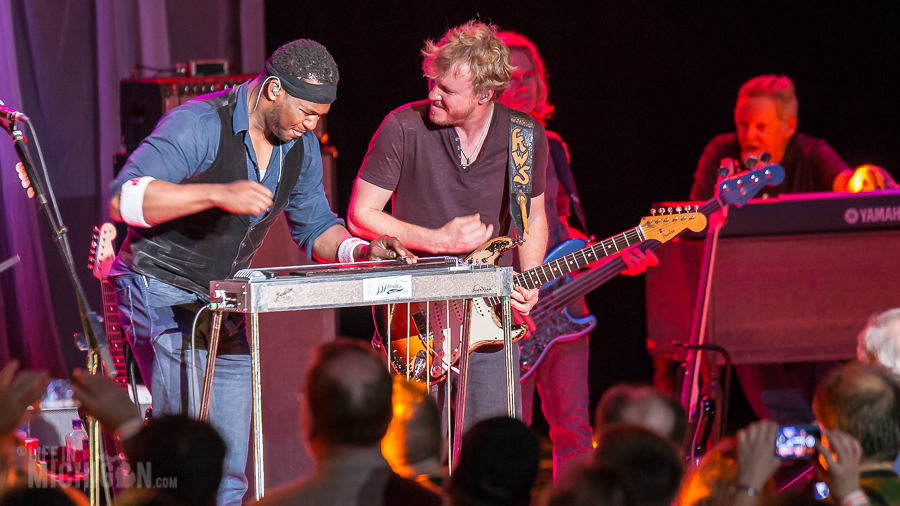