We tacked our Keweenaw Peninsula Adventure on to our trip to Marquette, Michigan for the 2015 UP Fall Michigan Beer Festival. The adventure’s primary focus was exploiting the delights of the Eagle River Inn and if the stars aligned, witness the Northern Lights. 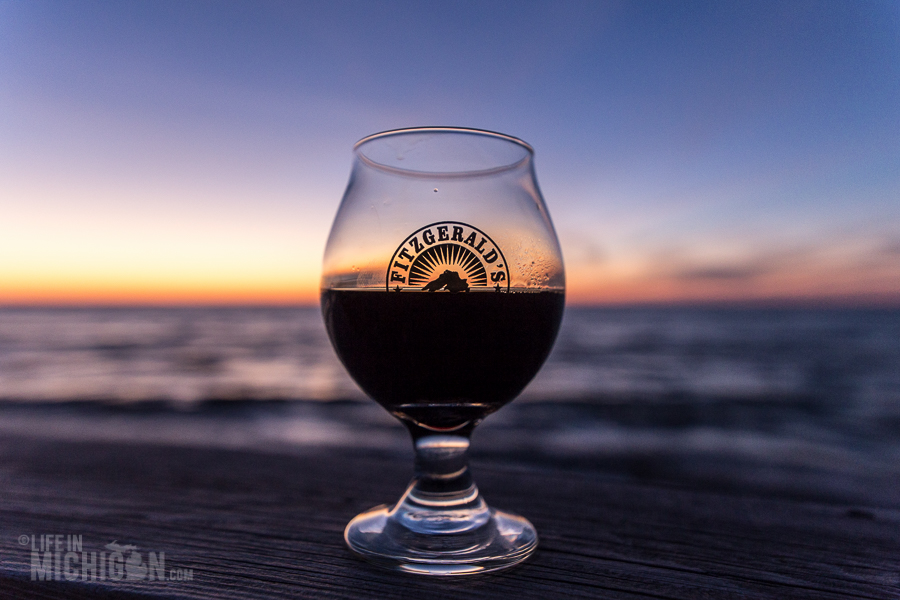 Hidden in Michigan’s Keweenaw Peninsula is the Eagle River Inn and Fitzgerald’s Restaurant located within the inn. We had a small panic attack when a friend shared they’d driven there for dinner and couldn’t get a table. Now I totally understand why reservations are required. All of the 12 tables have a stunning view, the food is delicious and the service is warm, personal and charming. It has Michigan Craft Beer on tap and an exceptional whisky and spirit selection that complete the dining experience.

The Eagle River Inn is perched on the edge of the Lake Superior. You are inches away from the water’s edge. The sunsets are breathtaking, but the real show starts after the sun goes down. One thing to note, they are not open year round. 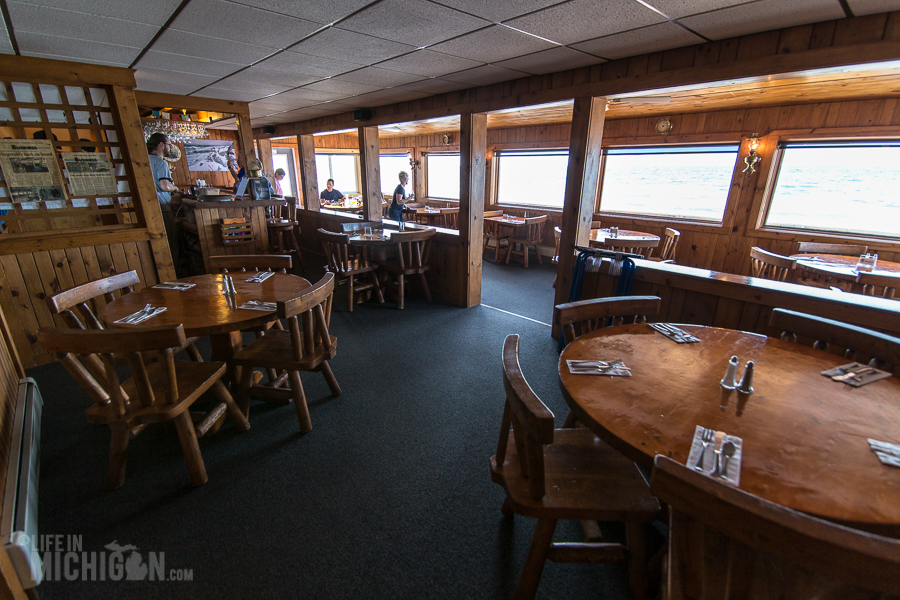 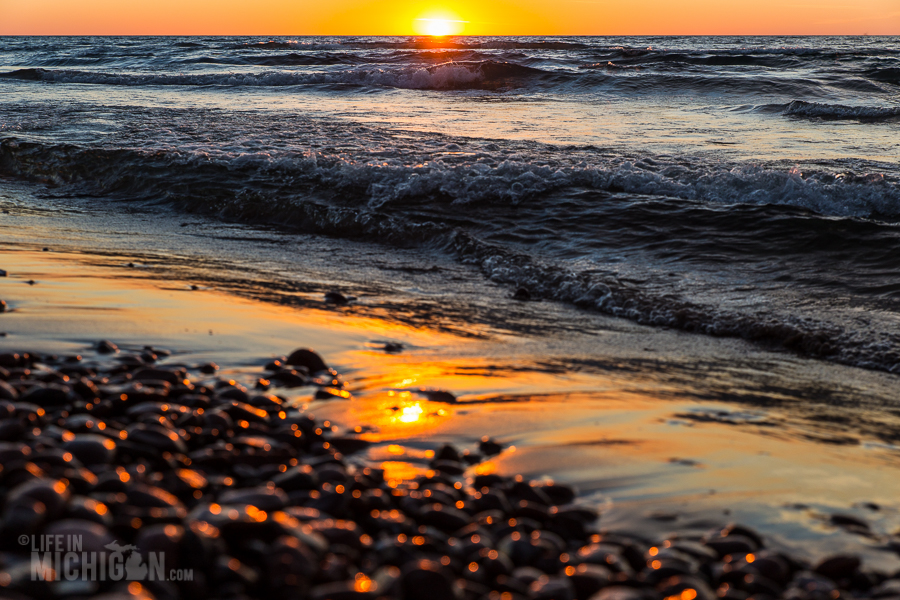 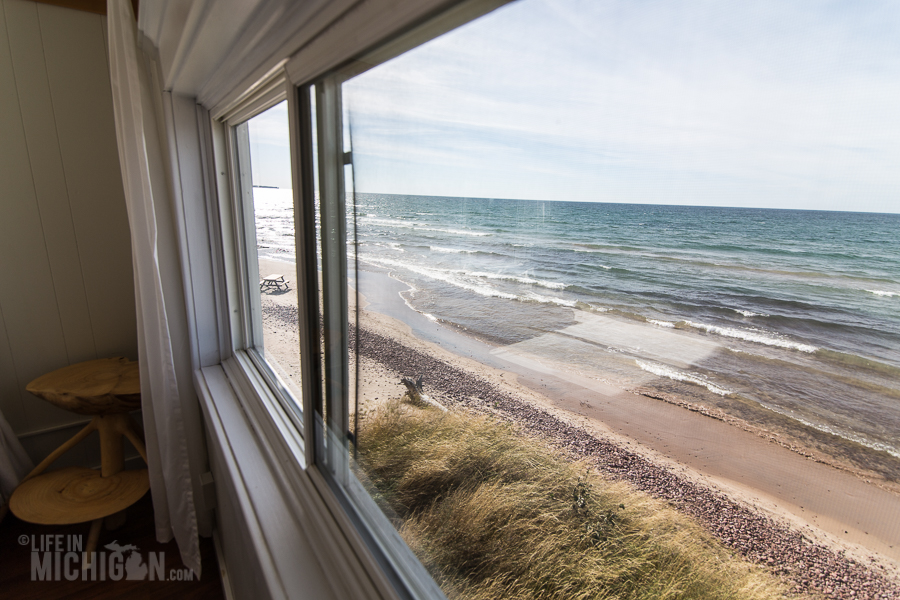 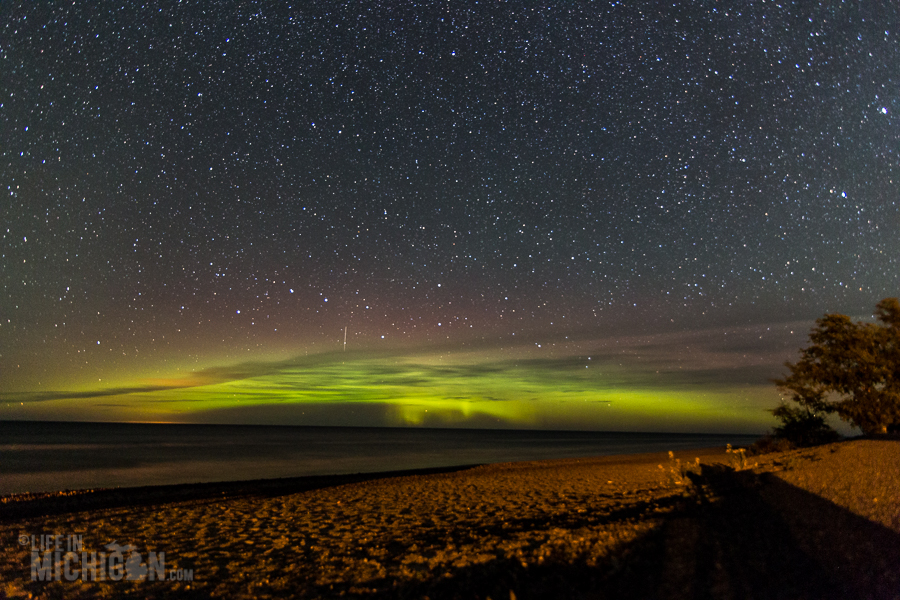 We got a glimpse of the Northern Lights, the Milky Way and a shooting star. We made a wish and yes, it was to return many times to the Eagle River Inn.

This was our second attempted to visit Brickside Brewery in Copper Harbor, Michigan. We were shocked they were closed when we arrived, but we didn’t let this deter us. We had about an hour to to kill. In our non-off road vehicle, we drove the two lane, bumpy, dirt road to the Mary Macdonald Preserve. When we returned, Brickside Brewery was open. 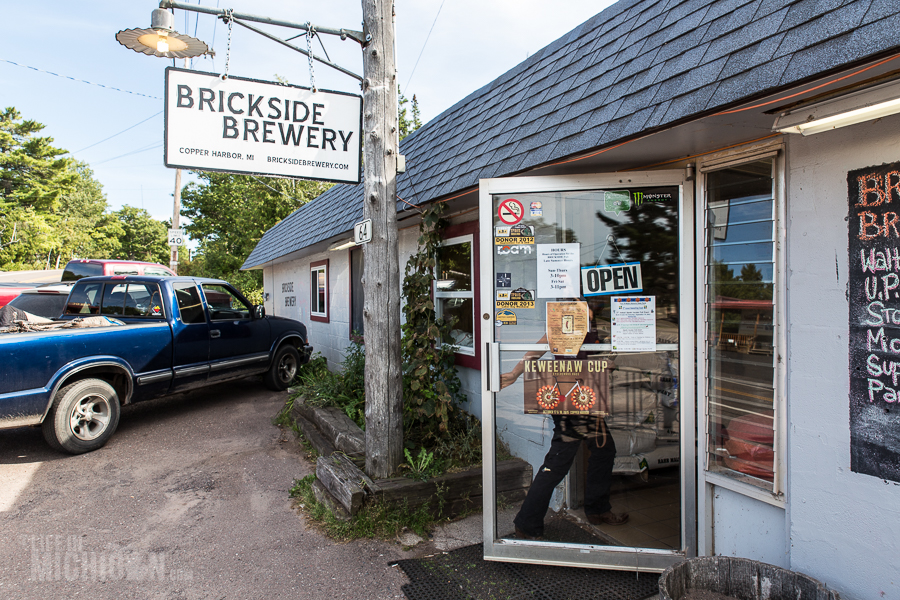 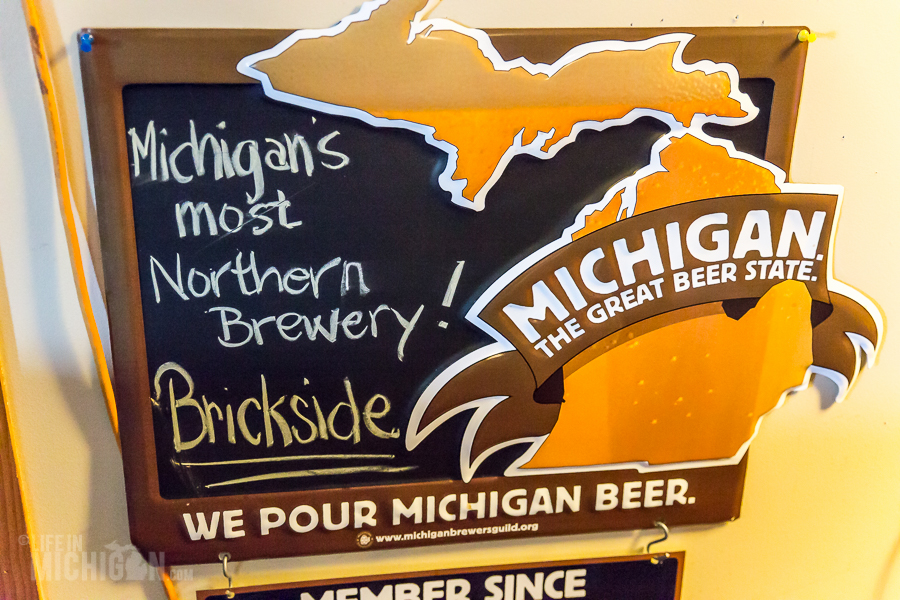 We sampled several of Michigan’s Most Northern Brewery’s beers and most enjoyed their Stoneship Stout.

I had no idea I’d be hiking and was wearing my cowboy boots; definitely not the best choice of footwear. The view at the end was worth the hike in my cowboy boots. I love Blackrocks so the 51K IPA in Horsehose Harbor  was like a beacon in the wilderness. 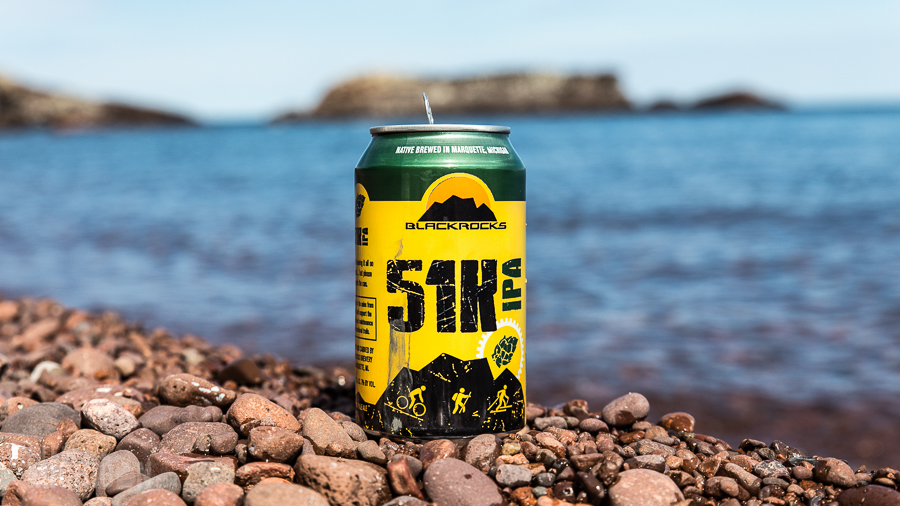 In 2013 we stopped in Calumet, Michigan for lunch at the Red Jacket Brewing Company. It was so good, we stopped again this year. You are probably wondering about the name Red Jacket. I was too. Red Jacket was Calumet’s original name, and named for a Native American Chief.  Another factoid, Woody Guthrie’s song, “1913 Massacre” is based on the Italian Hall Disaster. On Christmas Eve 1913, seventy-three people were killed when someone yelled “fire.” 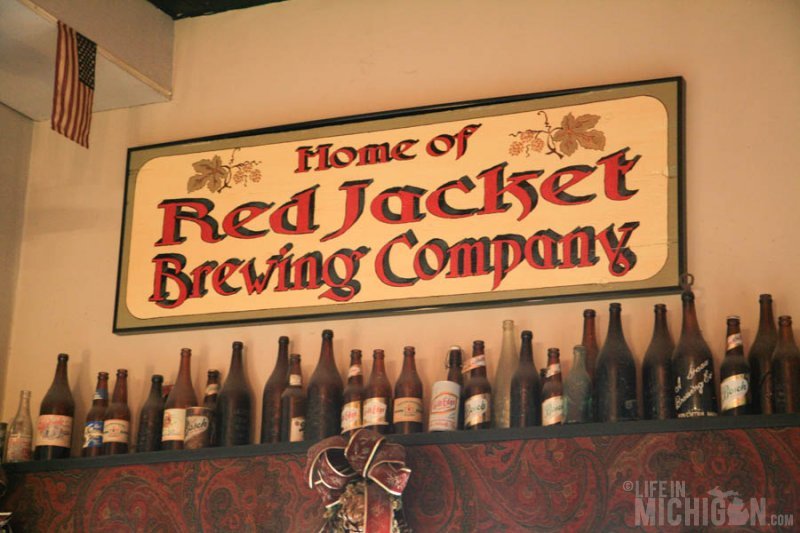 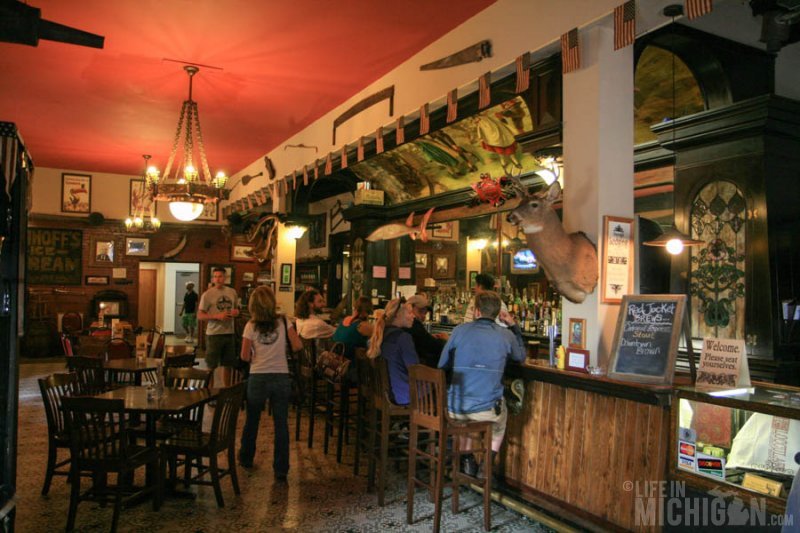 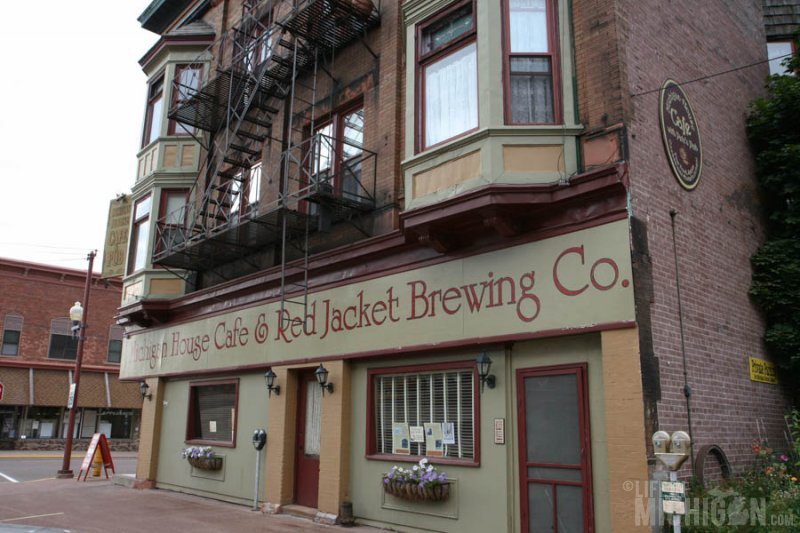 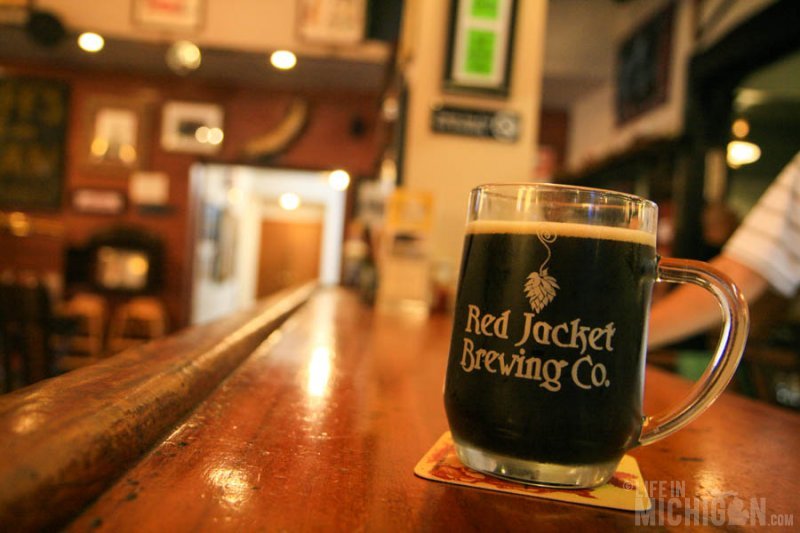 This year we wandered around town. Chuck wanted to take a picture of the Copper Queen Whiskey sign. 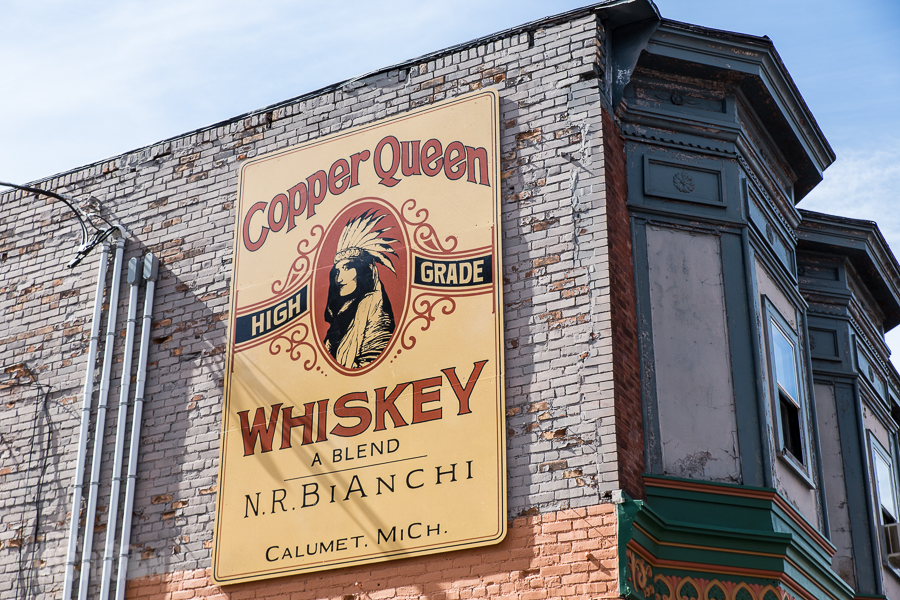 Joking among friends someone said, “This is where vampires would live.” We were laughing and Chuck looked up and said, “Oh my God, look!” Apparently we weren’t so original. 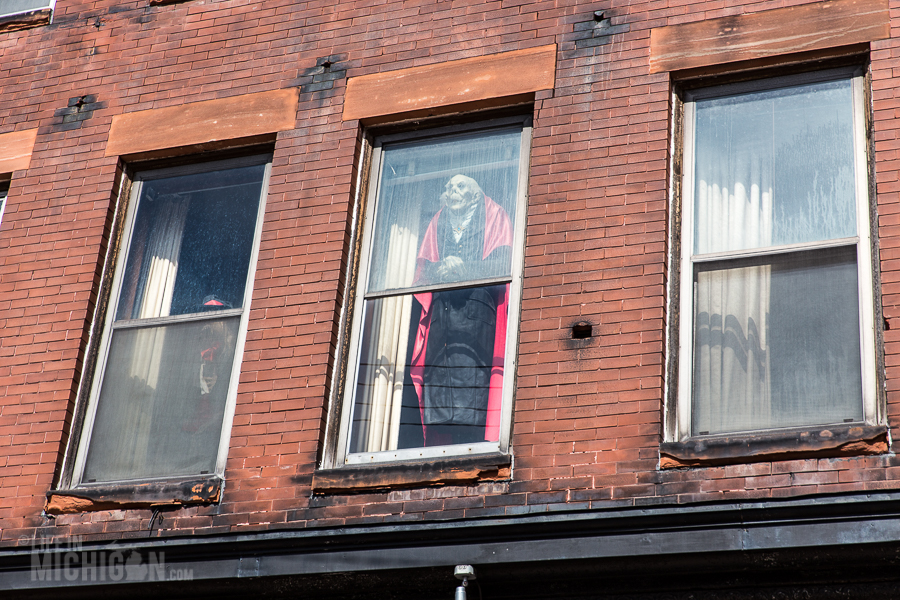 I nearly missed the vampire sighting as I was fixated on the sauna stoves sign. Seriously! Where else can you buy a sauna stove and see a vampire? 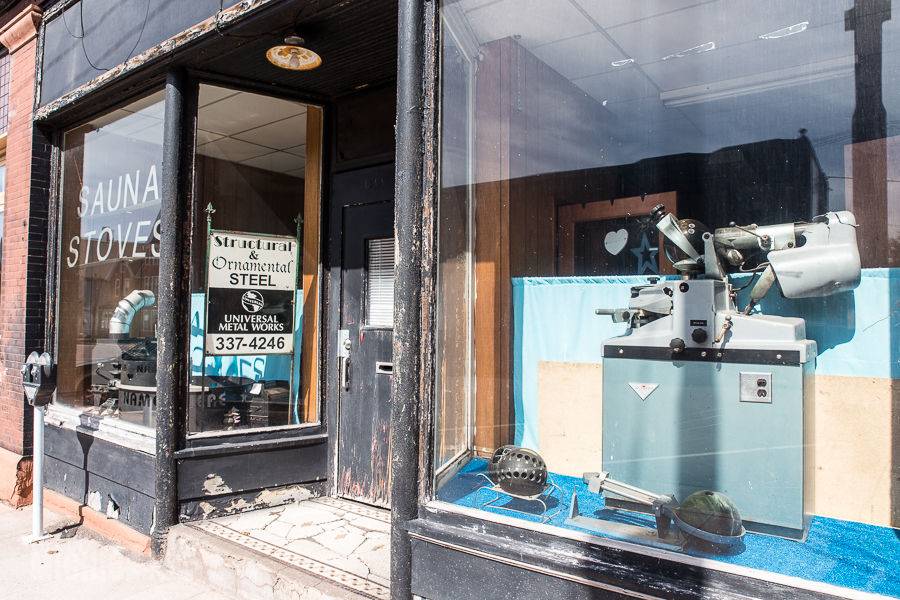 Have you taken a journey along the Keweenaw Peninsula? If so, leave us a comment or send us a message. We’d love to hear your story. We’ve got more pictures in our gallery!