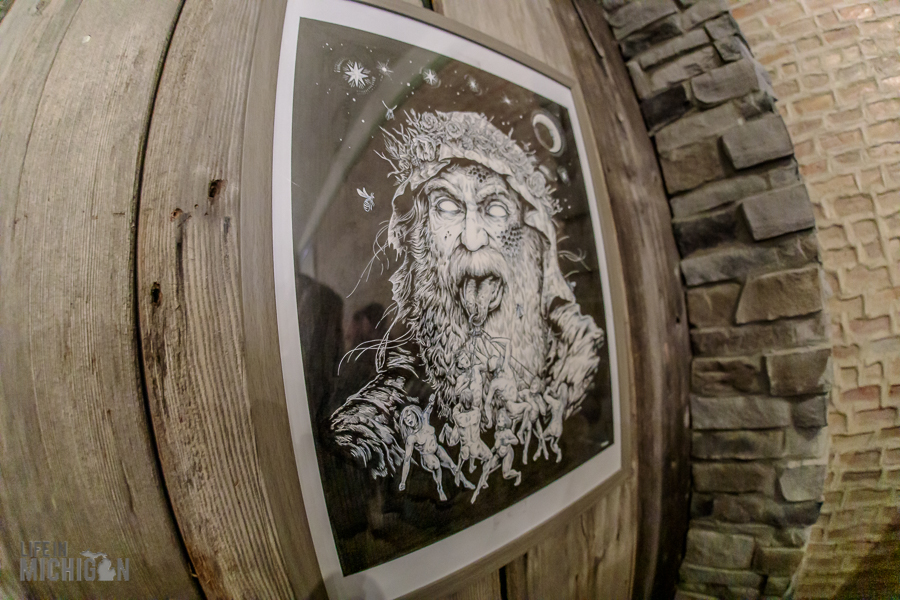 We were delighted when a Facebook invite to the Ogma Brewings Co. Kickstarter party popped up in our news feed. I’ve been watching their site with anticipation since I first heard about the plans for the new brewery in downtown Jackson. Evidently, a lot of other people are stoked about this brewery as their Kickstarter project was nearly half-way funded by the time the party started. 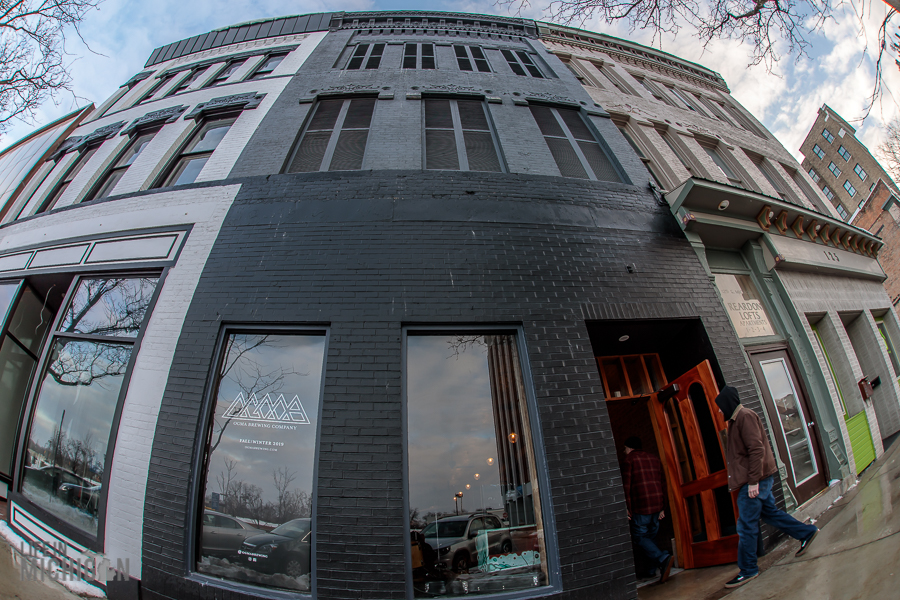 Our interest in Ogma started with our buddy Troy Craft. As many of you know, we love Dark Horse Brewing and many of the people that work there have become friends and family to us. Having chatted with Troy at Dark Horse, we knew he loved good beer, was a down-to-Earth awesome human being, and he digs music (and metal music too). When we found out that he had partnered with his brother Kevin and friend Andy Volk to start their own brewery in Jackson, we were excited. 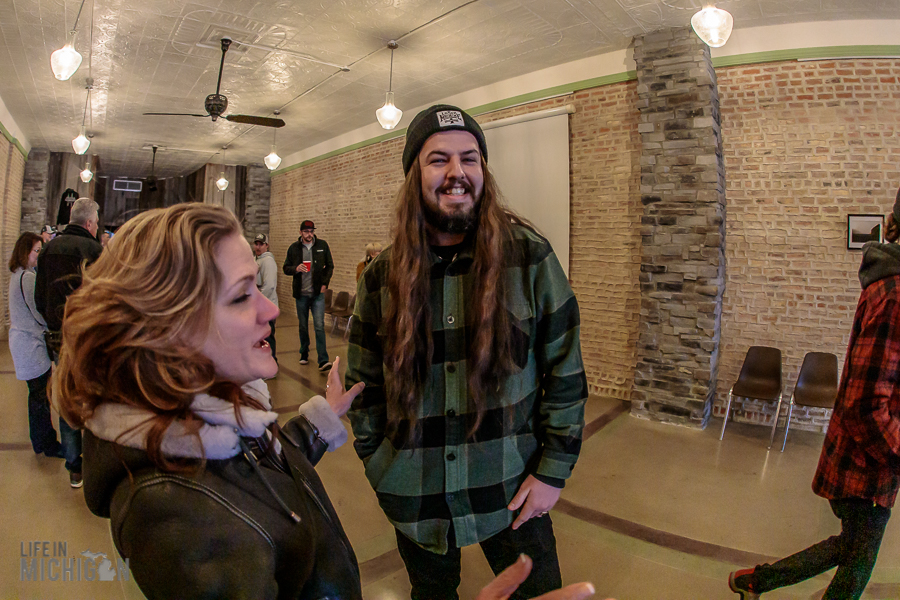 Like many cities in Michigan, Jackson has taken an economic beating. However, a wellspring of people in Jackson remains upbeat and positive. We’ve seen this first hand at the Jackson Hot Air Jubilee and the Southern Michigan beer fests. The growing sense of optimism can be seen in the burgeoning craft brewing industry, which has taken a shine to Jackson. The city now boasts a blossoming host of quality breweries  including 127 Brewing, Ironbark Brewery, and the magnificent Grand River Brewery. Adding Ogma to the mix with their focus on community, art, and music along with great beer sounds like a natural addition to the thriving beer culture. Getting the Party started

We arrived at Ogma Brewing just as doors opened for the party. We explored the space which is located right in the middle of the block at 129 E. Michigan Ave. The walls showcase work from local artists. In the back, you could check out the perks from the Kickstarter program. This includes coasters, stickers, pint glasses, shirts, hoodies, and mug club memberships. For those that want to have their mug proudly displayed behind the bar, the Ogma team is offering custom painted skateboard decks. These decks will be mounted behind the bar to hold your mug until your next visit. 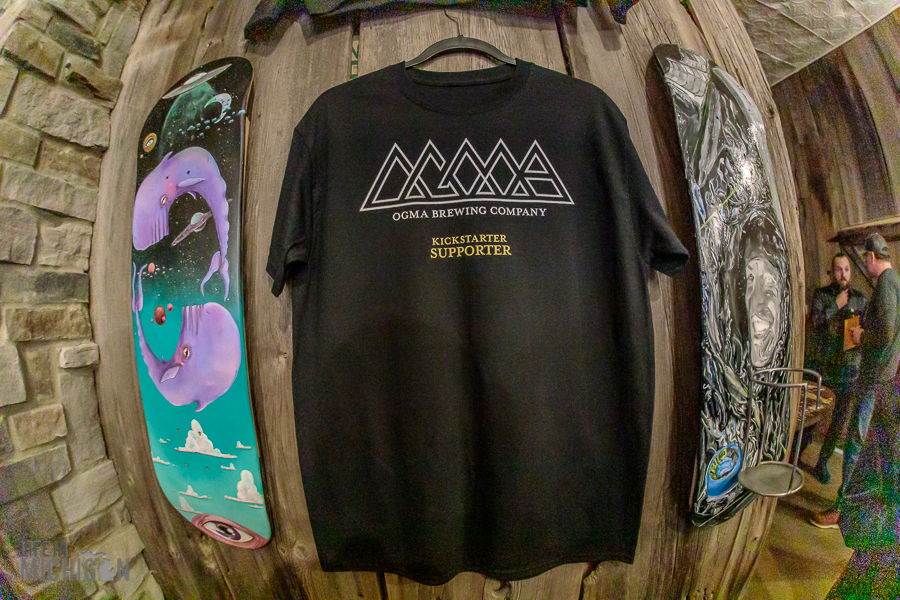 The pub space quickly filled up as Troy, Kevin, and Andy rallied us around a projection screen to check out their promotional video which was created by David Buchanan of Jacksonopolis. The video encapsulates the spirit behind Ogma Brewing and gives you a look into the future of the brewery. It is definitely worth a view (or two).

The guys then took questions from the crowd and spoke about their upcoming plans which include applying for their business loan. The crowdfunding through Kickstarter is just the start of the capital needed to complete the brewery. However, it helps Ogma Brewing make their case that they have a solid business plan given the flood of patrons seeking to support their venture. 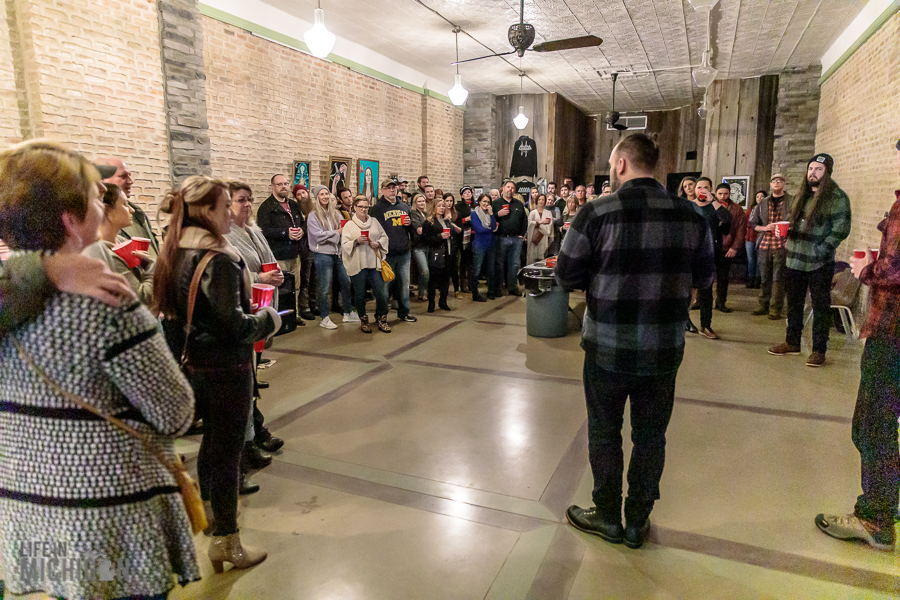 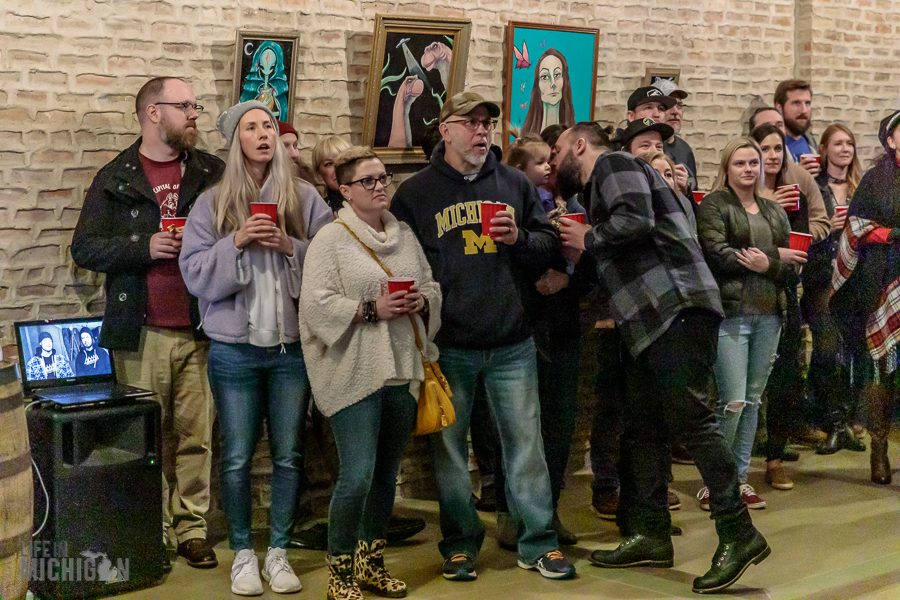 Chat with the Ogma Brewing team

The guys from Ogma Brewing were kind enough to take a few minutes to chat with us about their impressions from the party. One burning question we had was “What is Ogma”? 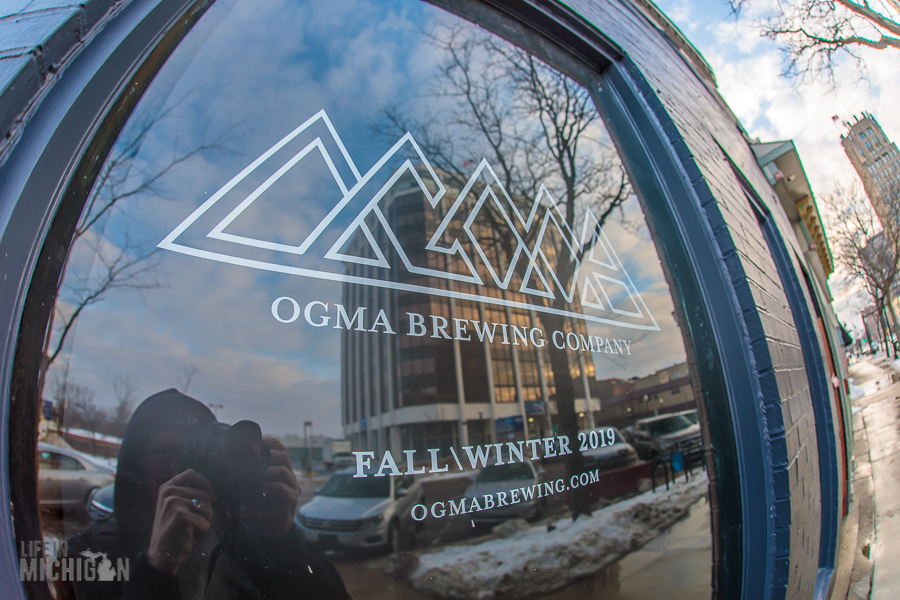 Andy Volk replied “Ogma is a small brewery here in Jackson. The name came from a mythological god. He’s the god of communication and language. Community is at the core of this brewery and we felt that communication and language are two essential parts of building a community.” If you are curious like we were about this Celtic god, then you’ll want to drop by Wikipedia.

Our chat, then turned to what was the attraction for them to start their brewery in Jackson. Troy responded “Outside of all of us being from Jackson. I think there is just a lot of, I don’t want to say youth. A lot of people our age trying to make something happen here in Jackson. There’s just a lot of overwhelming support for that and we want to be part of that. Be part of that community and revitalize Jackson. And bring something unique to Jackson. That is a big part of Ogma and our ethos.”

Andy adds “There is a lot of creative energy coming into the town and we fall right in line with that. So, yeah, we just want to be a part of that.” 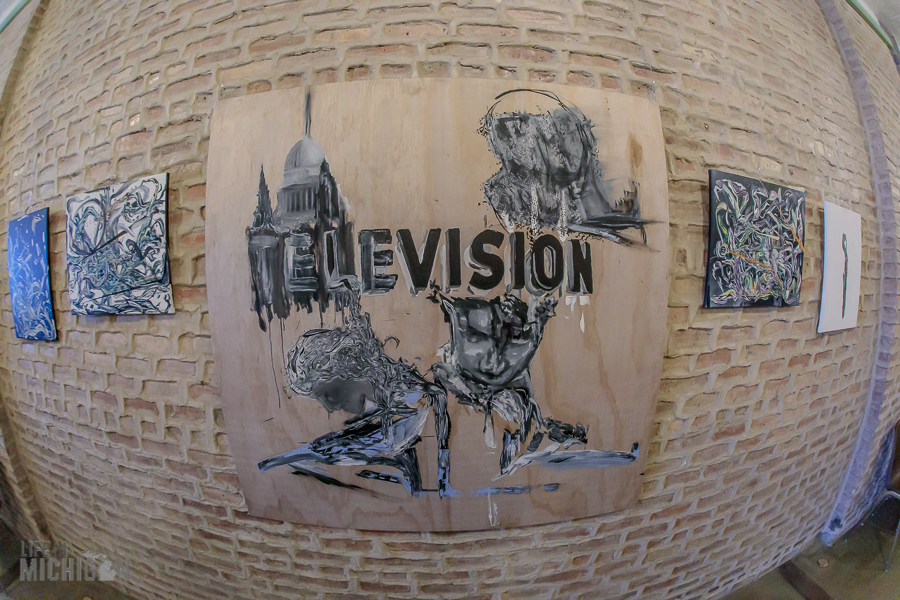 Speaking of the arts, we asked the Ogma Brewing team what they have planned in terms of integrating arts into their brewery. Andy mentioned “A big part of it is going to be music. We want to have bands. The artwork that we decked this place out in will come from Jackson for the most part. We’ve got a lot of really strong artists here. Holding semi-small shows on a regular every other month or monthly basis would be a goal of ours.” 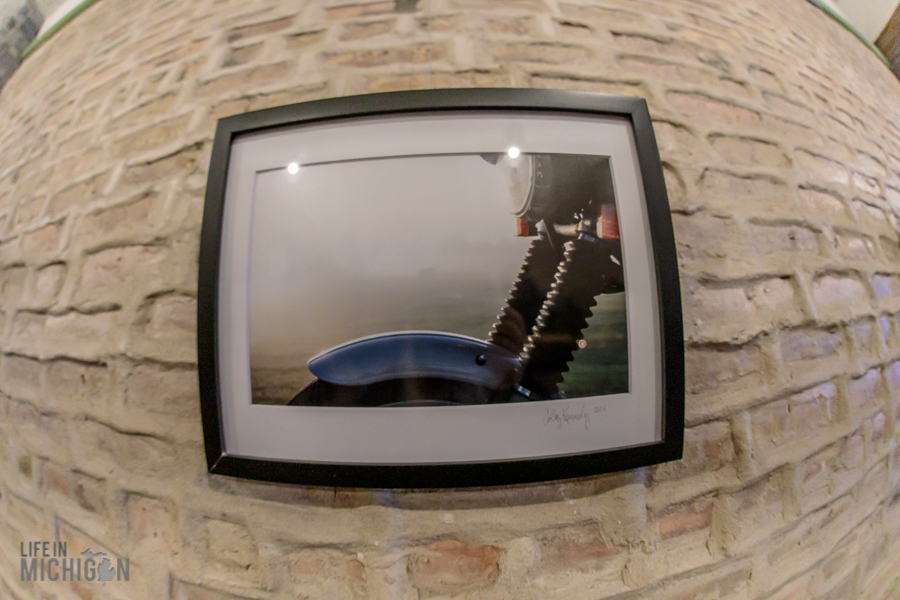 We also talked a bit about breakfast. However, you’ll want to watch the video for the full experience.

Rounding out this fun evening of kickstarting Ogma Brewing in Jackson was a set of music from Jackson’s Unknown Crowe. They were unknown to me and a few others, but no longer. Their fiery performance echoed the raw spirit and vitality of the event. 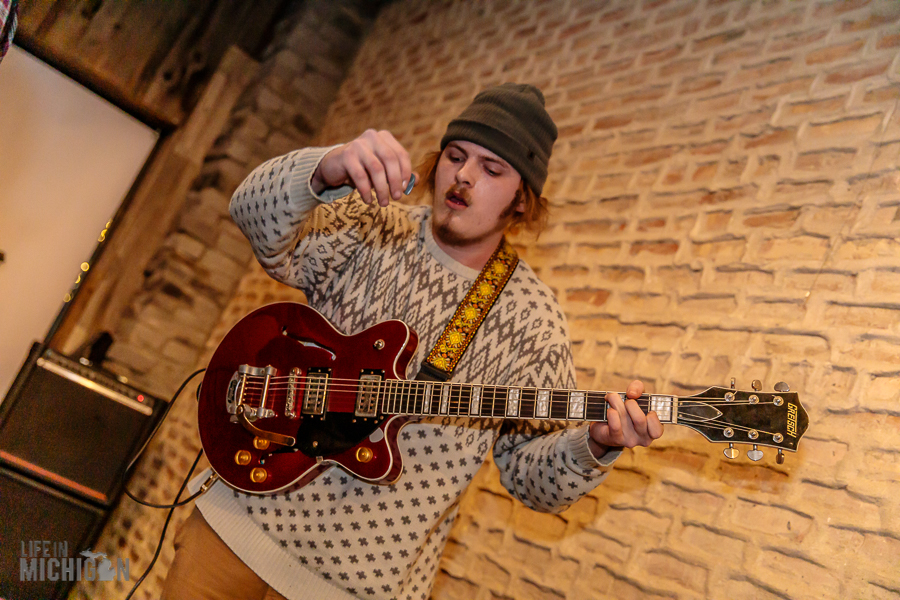 Unknown Crowe create vigorous garage rock with the wicked sticky aroma of blues and punk. Their stage performance vibrated our souls like a Pentecostal preacher speaking in tongues while bathing in bourbon. They make fuzzy music that opens your pores as it slams into your psyche. Yes, my friends, Unknown Crowe are the perfect way to crank up your evening. 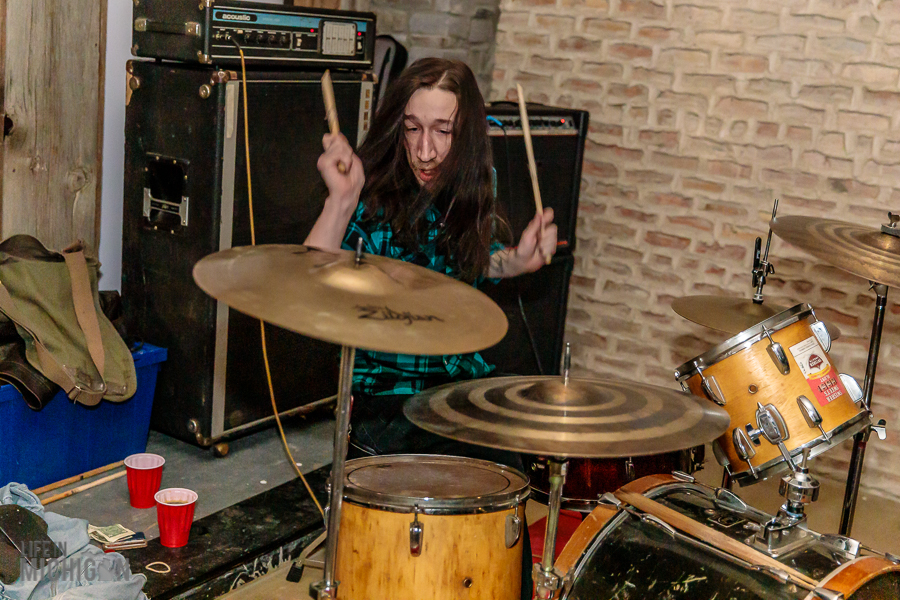 As the band wrapped up, we wished our friends Troy, Kevin, and Andy of Ogma Brewing the best as they move into the final phase of bringing their brewery to life in downtown Jackson. If you haven’t already, drop by their Kickstarter page. While you are bouncing around the web, you might as well drop into the gallery for more pictures from the event.

Would you like your very own Life In Michigan T-shirt? Become a Patron! Patronage from people like you who enjoy our stories is what keeps Life in Michigan going strong. If you have the means, consider showing your support on our Patreon Page.