Edinburgh was fun but we traveled from Michigan to Scotland to hike.

The basecamp for our hiking adventures in the Great Glen was the MacDonald Hotel in Kinlochleven. 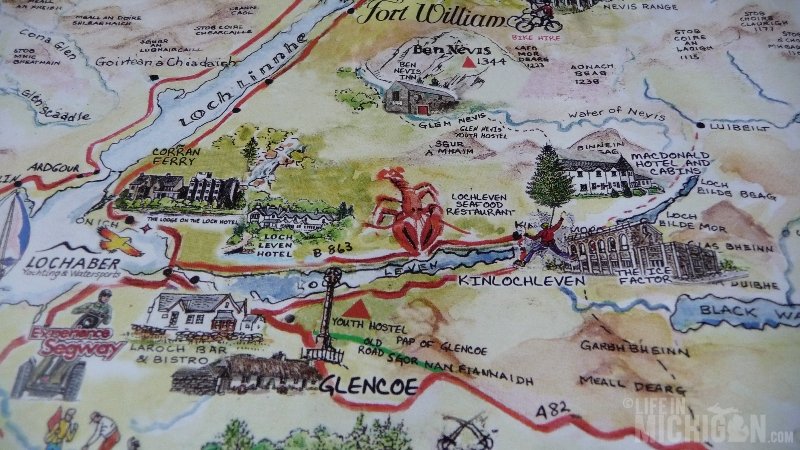 When Chuck called to make reservations at the MacDonald Hotel, he first emailed with an  inquiry about availability and immediately received a replying saying, “yes there are rooms available and Go Blue!”

“How could they know I’m from U-M”  Chuck asked?

After much speculation about how they could know he worked at the U-M, Chuck called to provide a credit card number. Chuck could hardly talk when he got off the phone. “They have accents!” he said “they talk just like they do on TV.” He  could hardly breathe. I asked, “Did you ask about hiking in the area?”  “No” he said, “I couldn’t think while she was talking.”

I figured Chuck would pee his pants the first time someone spoke to him in Scotland. I’m happy to report he did not.

Yes our Inn Keepers, Frances and Roger, were indeed familiar with Ann Arbor.  They lived here for many years.  The raised their kids here. Roger was a professor at the U-M Business School and Frances was one of the founders of  Clonlara School.  Their kids attended Community High.  I must say, I fell in love with Frances. 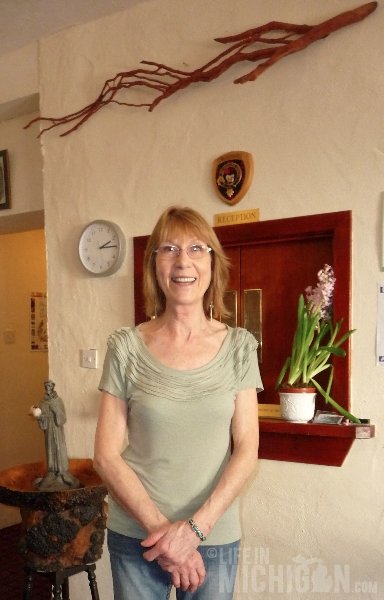 Frances took us under her wing. In the evening, while sitting in the lovely “common room” and nursing our first tastes of Scotch, we exchanged stories of hiking, bogs and life in Ann Arbor.  We didn’t appreciate the proximity of the bar to our rooms until we checked-in to our room on the Isle of Sky…sigh..

I had not YET experienced highland hiking so I also did not appreciate that the MacDonald Hotel had a “drying room“.  I was glad to see they had hot showers when we arrived but I assumed the drying room was somehow attached to the shower.

The sign that greets you when you arrive at the MacDonald Hotel! 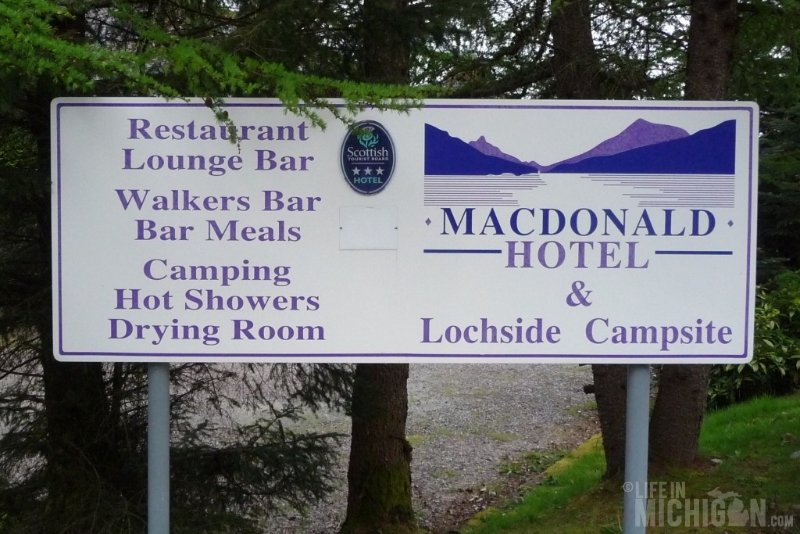 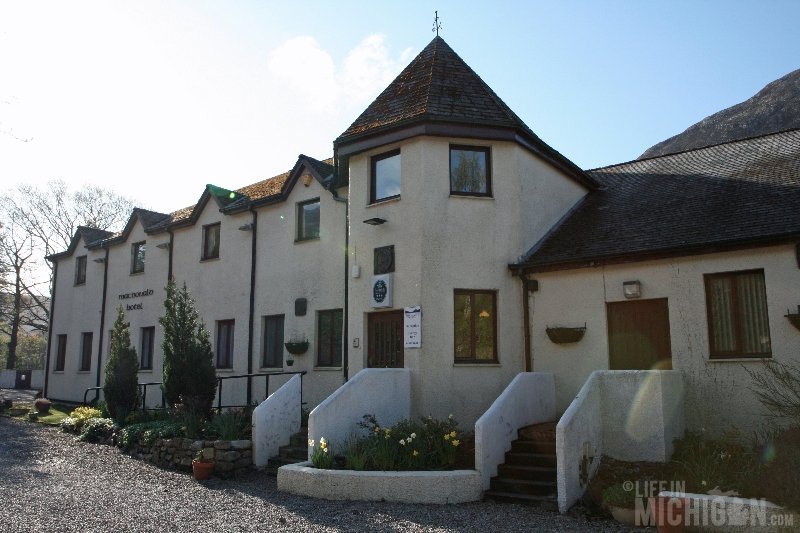 Chuck was especially happy to see the taps and the large beer selection. 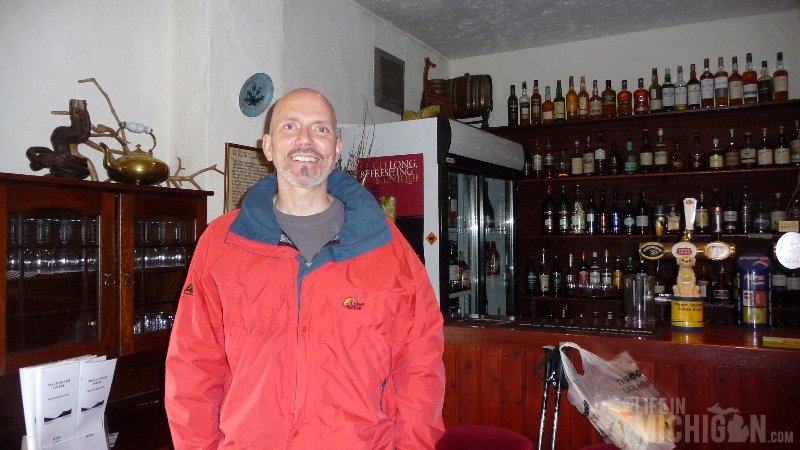 Chuck demonstrating how to use a tea-cup.  I didn’t realize at this point, but  Nescafe would be my morning drink of choice!  So much to learn. 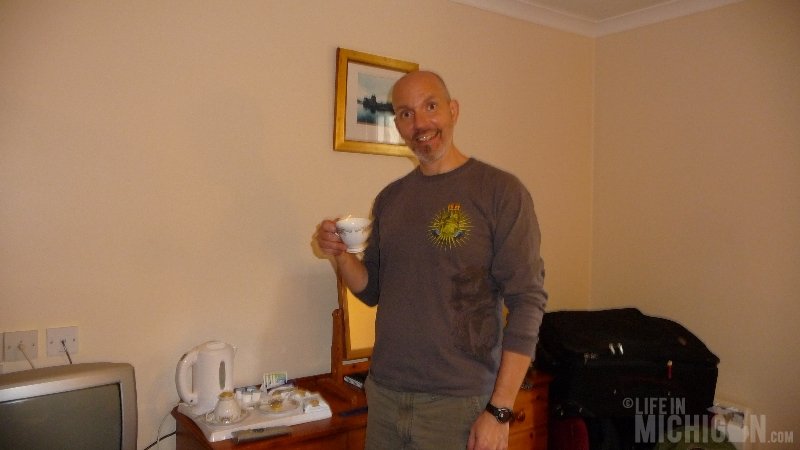 All the gory details of our Scotland Trip….