Kitch-iti-kipi what? No, it is not a kinky itch you might have contracted in the 70’s, but the name of an emerald green pool near Manistique in Michigan’s Upper Peninsula. 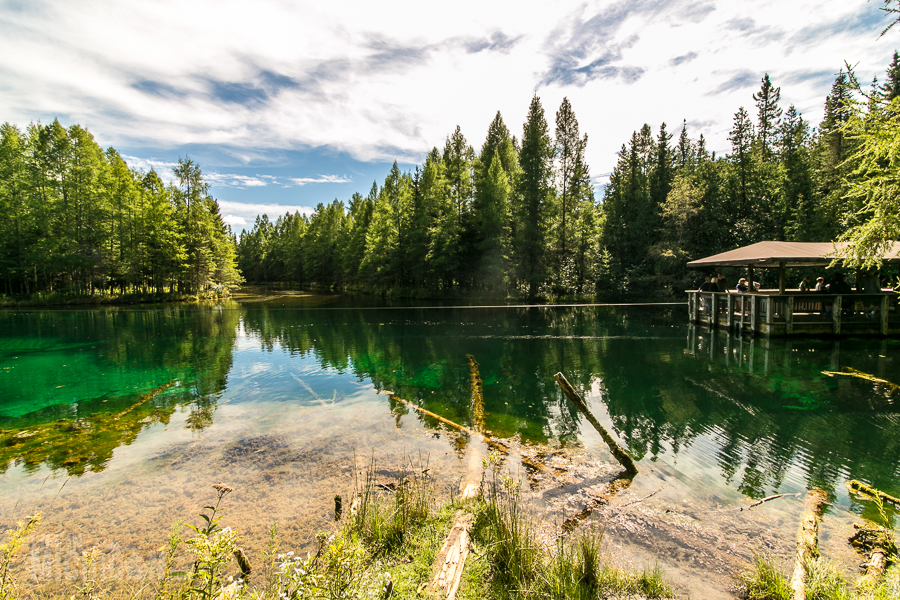 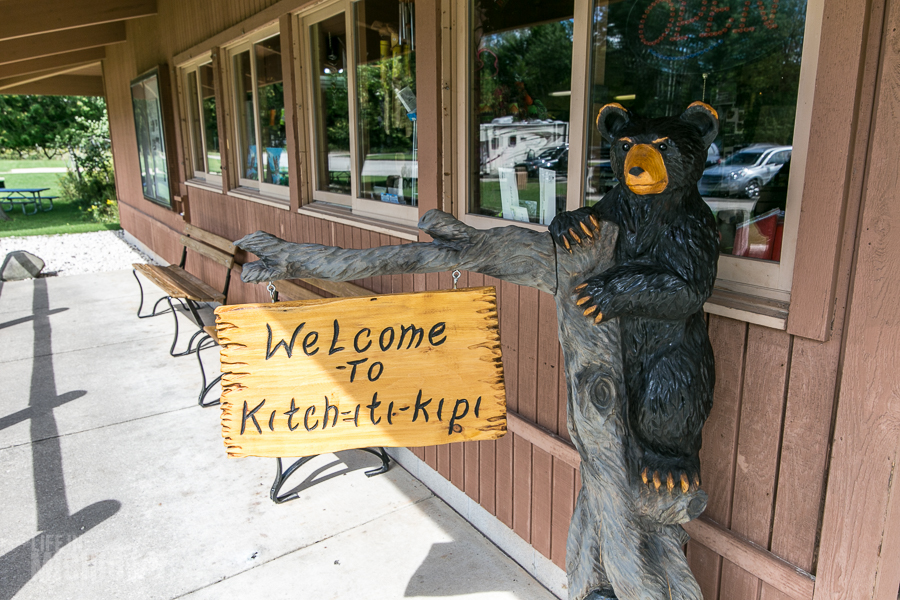 The Kitch-iti-kipi or the “Big Spring” is 45 feet deep and 200 feet across and is filled with crystal clear water, which remains at a toe-curling 45 degrees year round. (So don’t jump in!) The water is so clear you can see large brown trout swimming through the water and the sand at the bottom moving as 10,000 gallons of water per minute “erupts” from cracks in the floor of the spring. 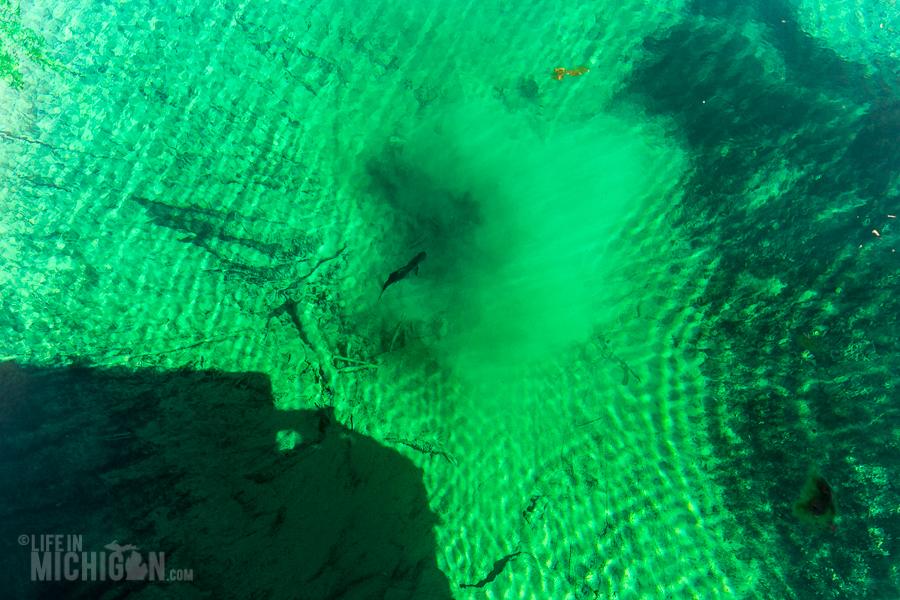 This dragon fly has nothing do with the legends. I liked the picture and wanted to include it. It was resting on the observation raft. 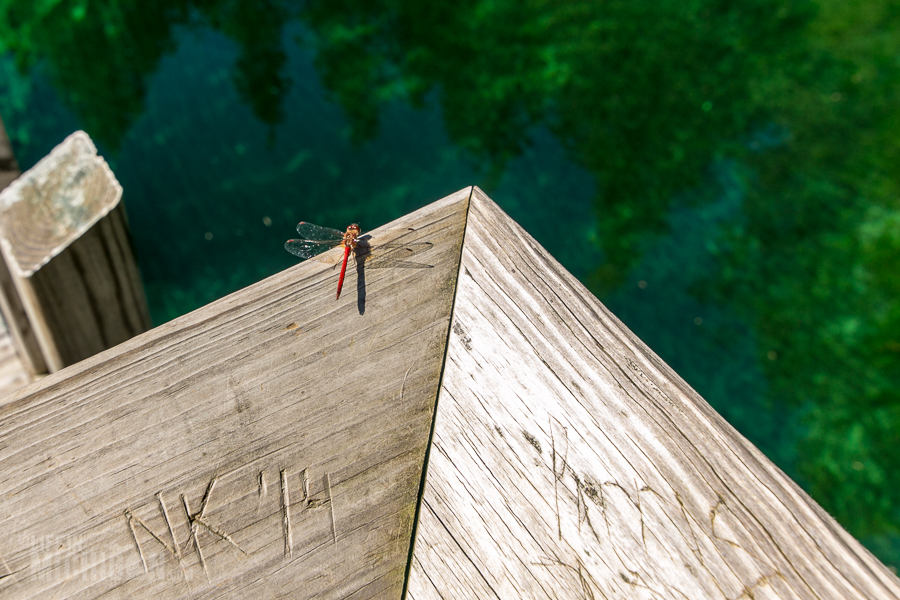 There are several Native American legends about Kitch-iti-kipi, including this popular one. Since publishing this post, we’ve learned about Carole Lynn Hare’s book “The Legend of Kitch-iti-kipi” which provides the original Ojibwe legend. We suggest you check it out.

The legend of Kitch-iti-kipi is said to be about a young chieftain whose girlfriend got the best of him. He told her he loved her far above the other dark-haired maidens dancing near his birch bark wigwam. Prove it, she insisted. As a test of his devotion, she declared that he must set sail in his canoe on the pool deep in the conifer swamp. He was to catch her from his canoe as she leaped from an overhanging bough. His canoe overturned in the icy waters and he drowned. It turns out that the maiden was back at the village laughing at his foolish quest. According to legend, the spring was named Kitch-iti-kipi in memory of the young chieftain who went to his death in the icy waters in an attempt to satisfy the vain caprice of his ladylove.

Other legends say it was a place where Chippewa parents would go to get names for their newborn children or that the spring has special healing powers. These seem like better legends than a depressing story about a  young chieftain.

On one of the interpretive signs it read “When Europeans first arrived in the upper Great Lakes, the Ojibwa called the Big Spring Kitch-iti-kipi. The word is said to have many possible meanings including: The Great Water; The Blue Sky I See; The Roaring, Bubbling Spring; and others.” 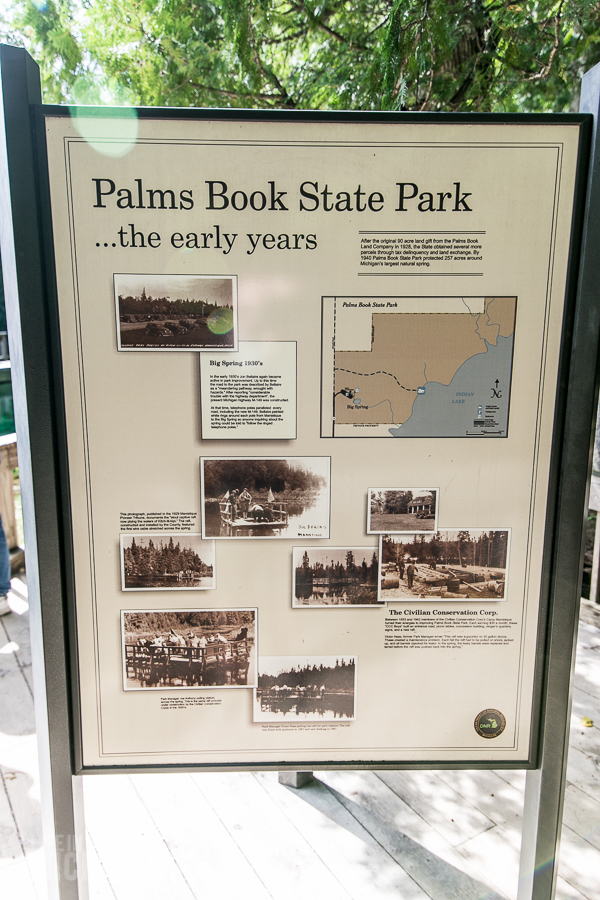 Since you can’t read the information posted on the interpretive sign, I’ve got you covered and included information from the Michigan DNR Website:

Although it was a black hole, all but hidden, in a tangle of fallen trees John I. Bellaire fell in love with the Big Spring in the early 1920s. Bellaire had come south from Seney, leaving the rip-roaring lumbering town after the white pine was gone to open a Five-and-Dime store in Manistique. Around the oval pool (measuring 300 feet by 175 feet) vegetation grew lush, draping over the piles of trash left by a lumber company which operated nearby. The Big Spring wasn’t too different in formation from other sink holes in the area, except that it was tapped into a fast-flowing spring. Bellaire, however, saw through the debris, envisioning the beauty of the emerald bottom of the pool. He watched the sand bubble and roll as hydrostatic pressure forced water through the narrow openings at the bottom. Bellaire could have bought the property for himself, but his vision of preserving it through public ownership prevailed. In 1926, through an arrangement with Frank Book who represented the Palms Book Land Company, he arranged for the sale of almost 90 acres (including the Big Spring) to the State of Michigan for $10. Deed stipulations called for the property to be forever used as a public park, bearing the name Palms Book State Park. Additional lands through tax delinquency and land exchange eventually brought the total park acreage to 308.

I so wanted to operate the raft, but the person ahead of me took charge before I could volunteer to be the Raft Captain. 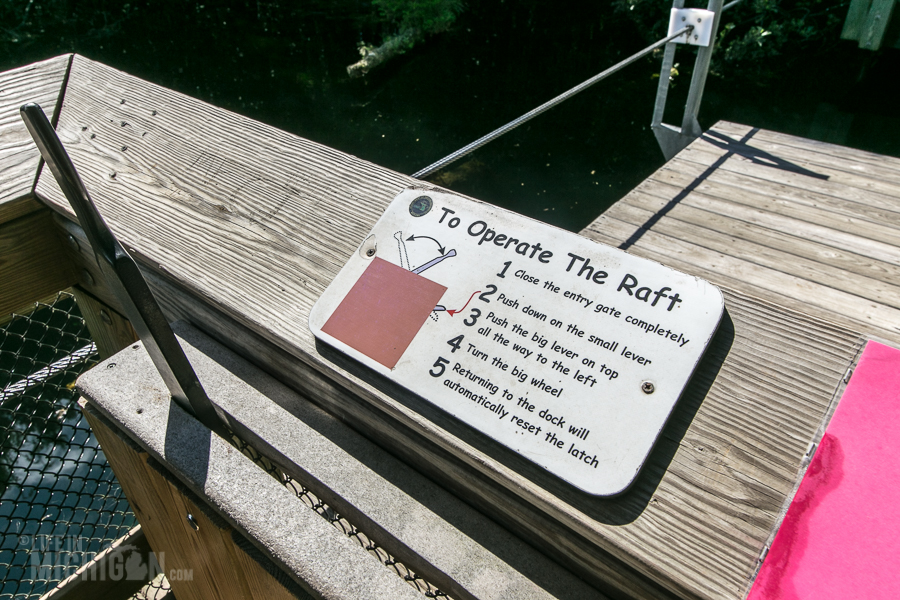 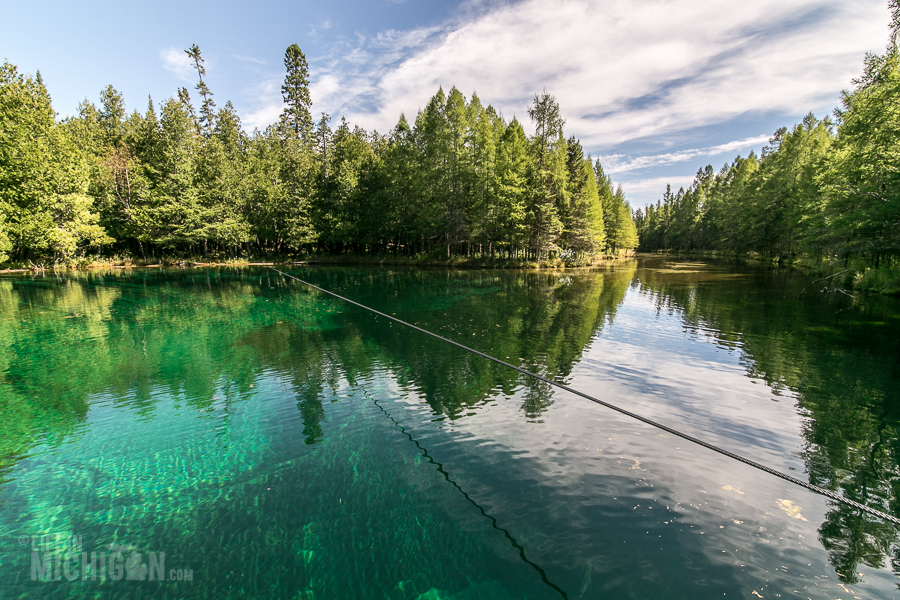 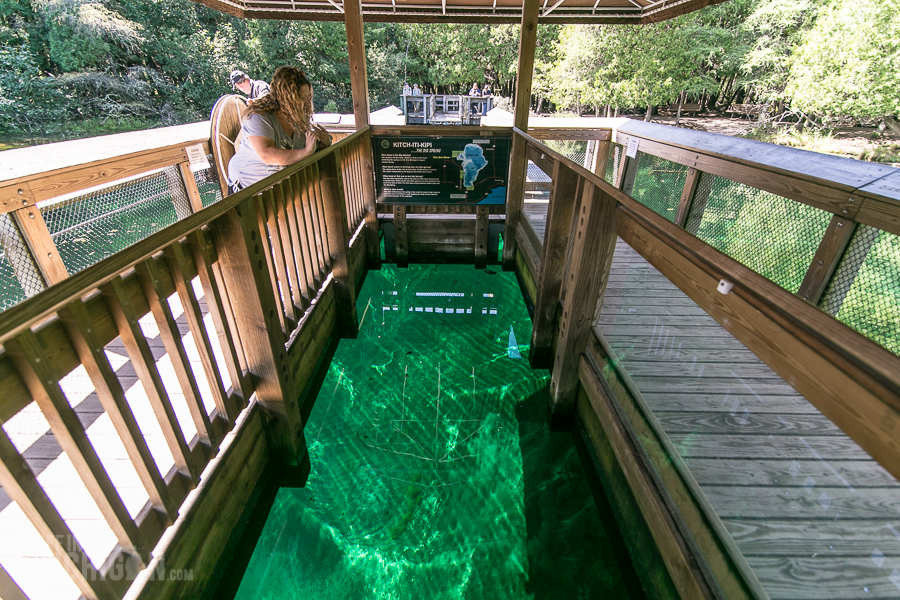 Thankfully not much has changed since the 1920’s when the first raft was installed. There was a mystic feeling in the air, which is probably the reason for the legends. Next time you are in the U.P. take a side trip to the Kitch-iti-kipi, I promise you’ll enjoy it.

Kitch-iti-kipi is located 12 miles west of Manistique in the Palms Book State Park. You’ll need a State Park Pass and you won’t see any large tourist attraction signs. Jesse from “ThingsToDoInTheUp.com” has the best directions:

Be sure to check out the gallery for a few more pictures of the Kitch-iti-kipi in Palms Book State Park. If you enjoyed our post, then please share it on your favorite social media venue or send it as a link to your friends and family. If you’ve got a story to share or just want to say hi, please leave a comment.